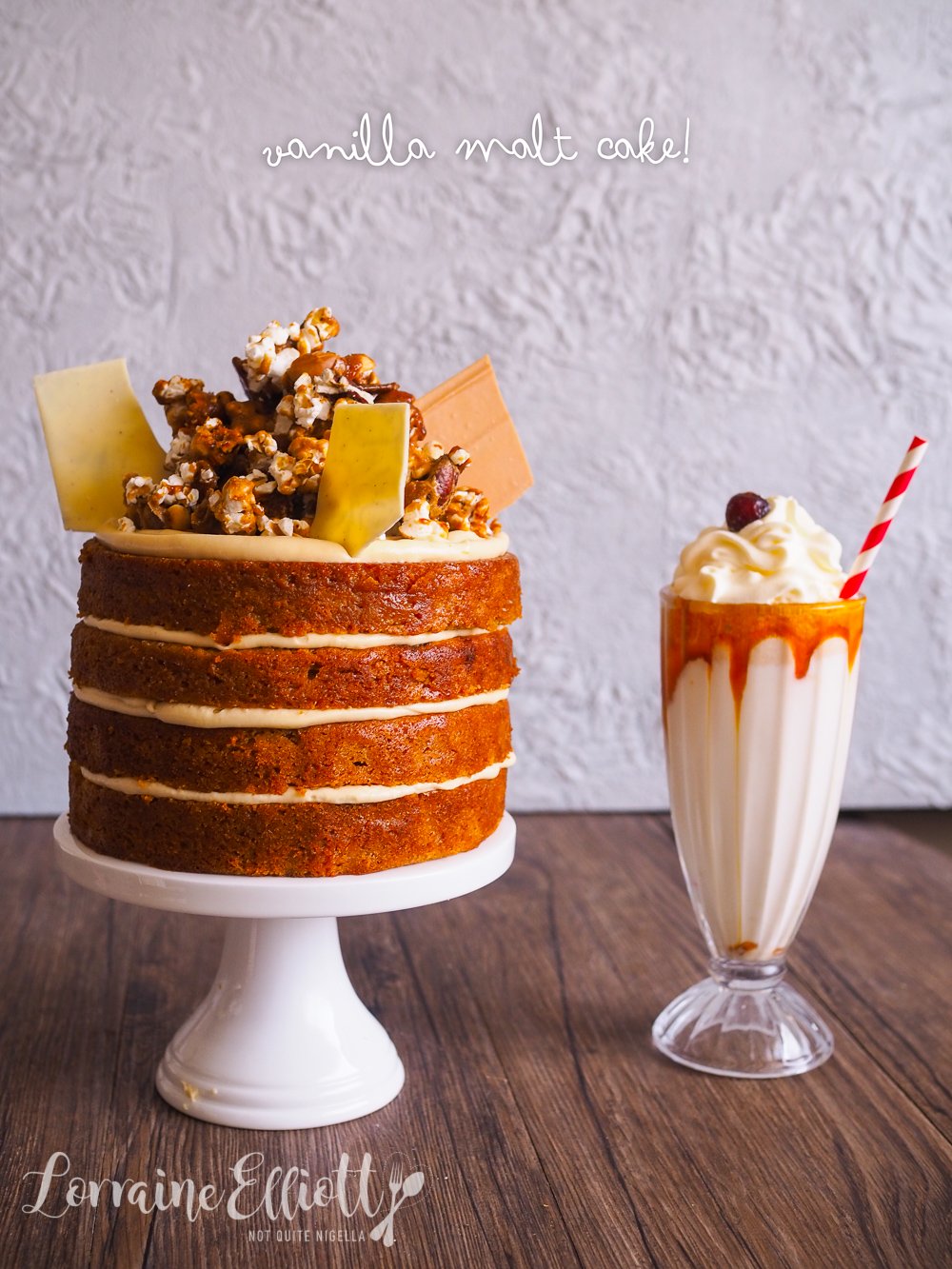 Oh my! This vanilla malt layer cake is something special. Let's start with the vanilla cake that is so utterly moist you may never use another vanilla cake recipe again (it's a little trick of ingredients). And then there's the vanilla malt buttercream that should come with a strict warning: you will fall in love with this buttercream and you will run off to a corner of the room with just a bowl of this (or is that just me?). I called this vanilla malt cake Leigh.

The trick to making this cake so moist is using both oil and butter. Oil as you know makes cakes wonderfully moist like in carrot cake but you get a better flavour from using butter. In this case we use a 50/50 mix of both. And the proof really is in the wonderful texture of this cake. 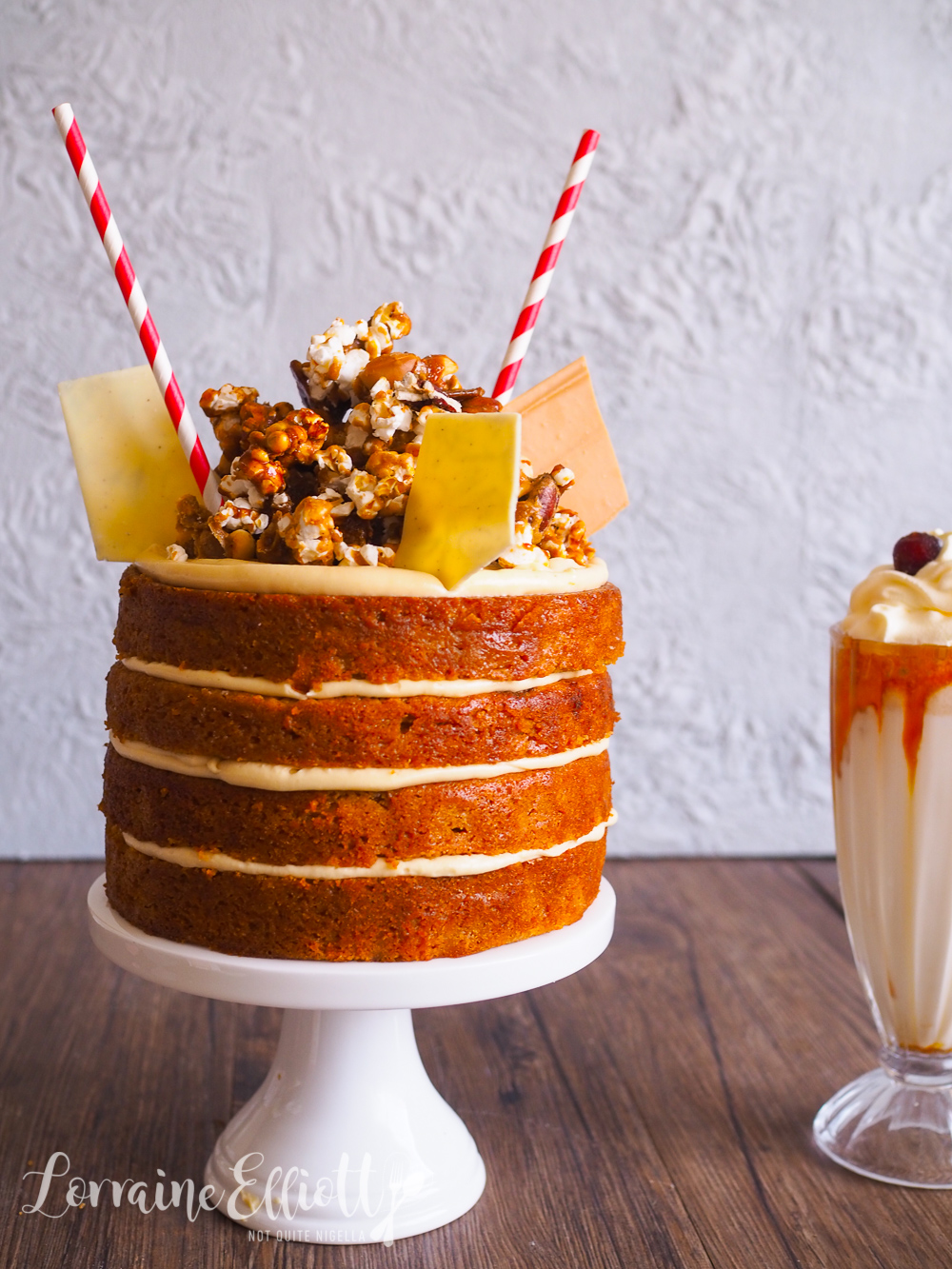 I made this cake as a thank you for Ivy for helping me through Mochi's passing (Leigh is Ivy's middle name and I already have a cake called Ivy). It has all of Ivy's favourite flavours: malt and peanut butter with American buttercream. On the day that Mochi died she called and asked me how she could help. Through gulping tears I asked if she could find a taxidermist and Ivy did just that with so much sensitivity and compassion. She just took care of everything. She picked Mochi up and sent her off via courier and liaised with the taxidermist. 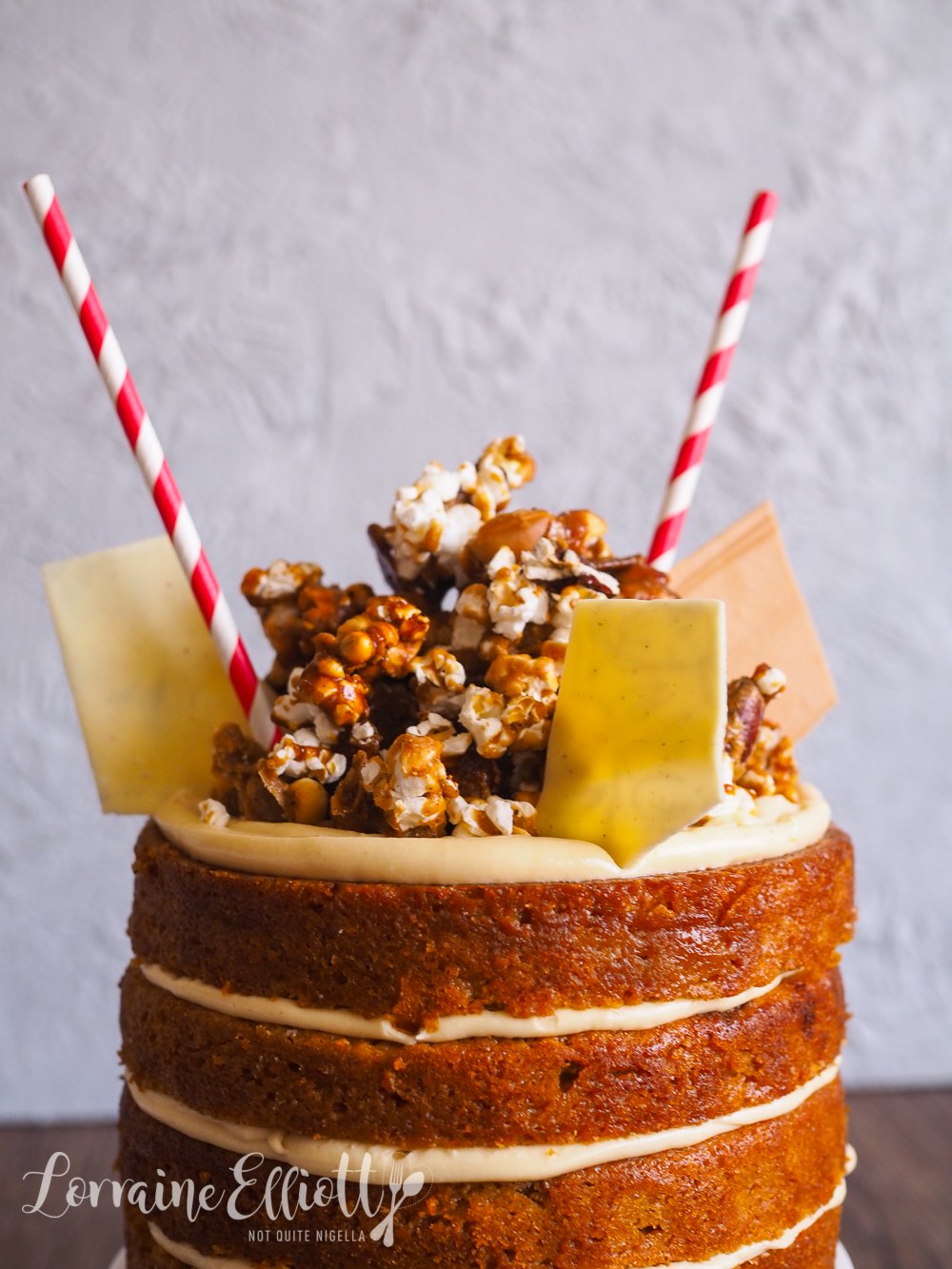 One thing that helped me get through the grief was knowing that I would see Mochi again. Everyone grieves in a different way and when I would feel sad, thinking about seeing Mochi again perked me up considerably. The Queensland based taxidermist originally quoted a 10 week period but that stretched out to months. We didn't mind although I missed her a lot. Then 4.5 months after she passed I got a knock at the door. Mochi was home!

I was nervous opening up the package. The taxidermist hadn't sent photos so I was worried that he hadn't done a good job or that she didn't look like Mochi or he had gotten her beautiful little pink nose wrong. I opened it up. There she was, my beautiful little girl just as I remembered her! 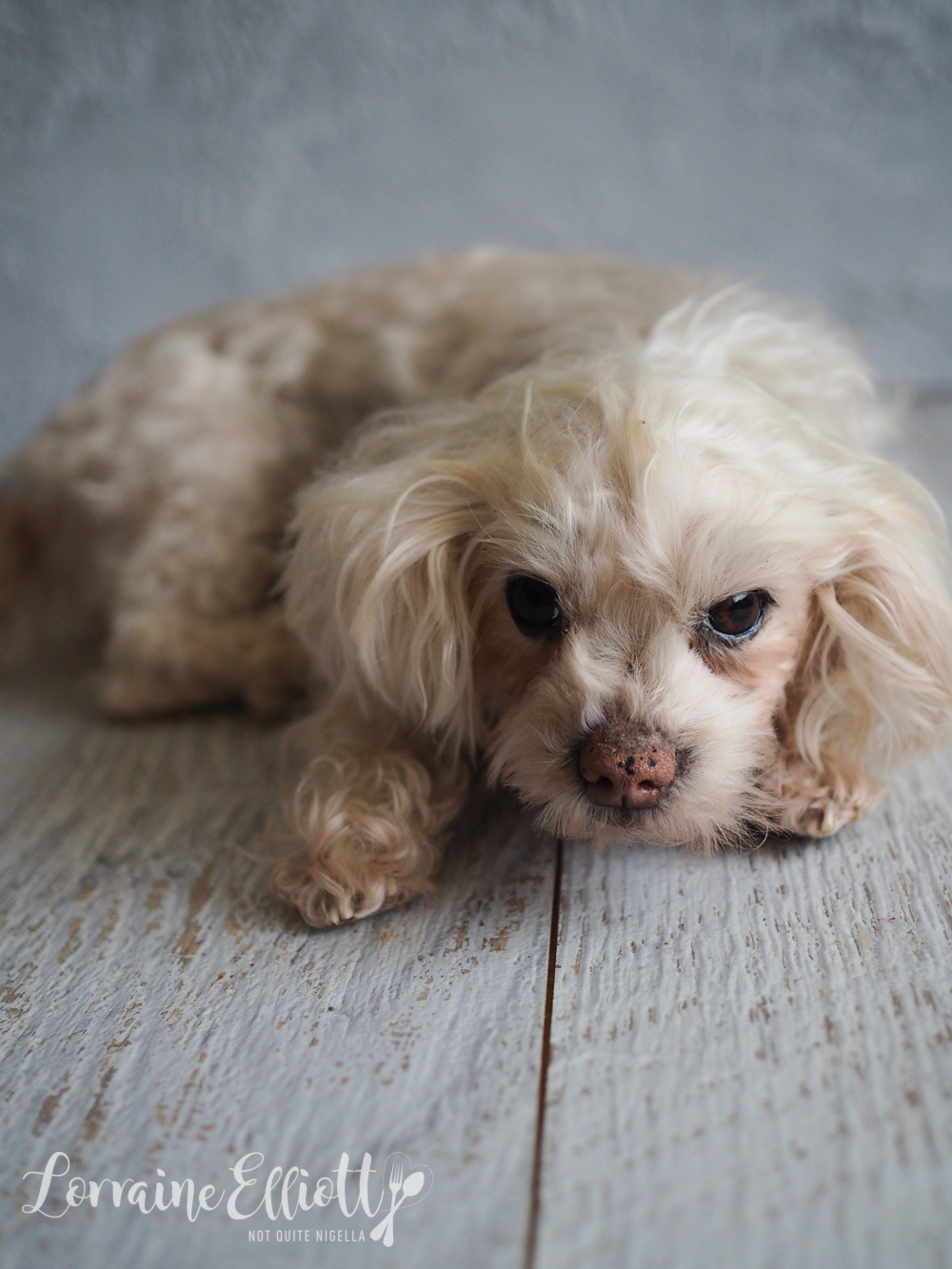 He did an incredible job with her. She looked alive and I cried and welcomed my little Mochi home again. I introduced her to Teddy who has a little sniff and was curious but didn't bite or lick her and explained that this was his big sister. He sat up and whimpered a little and then was quiet and looked at her with reverence and awe.

So tell me Dear Reader, how do you say thank you to friends that have gone above and beyond? Have you ever had anything taxidermied? Do you have any taxidermy at home? 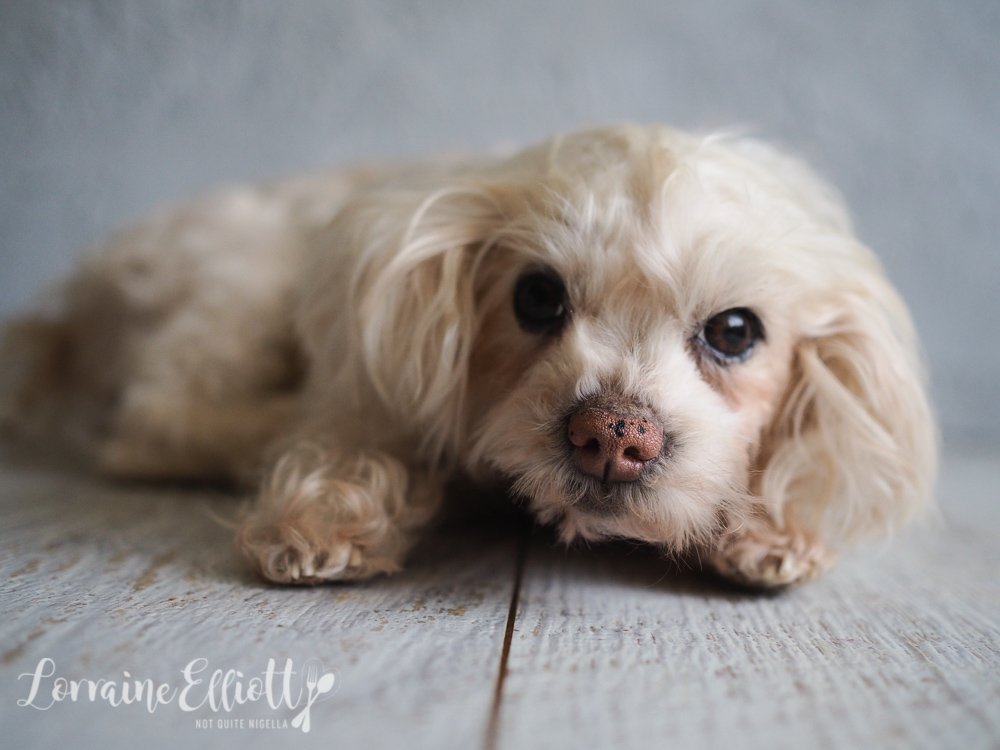 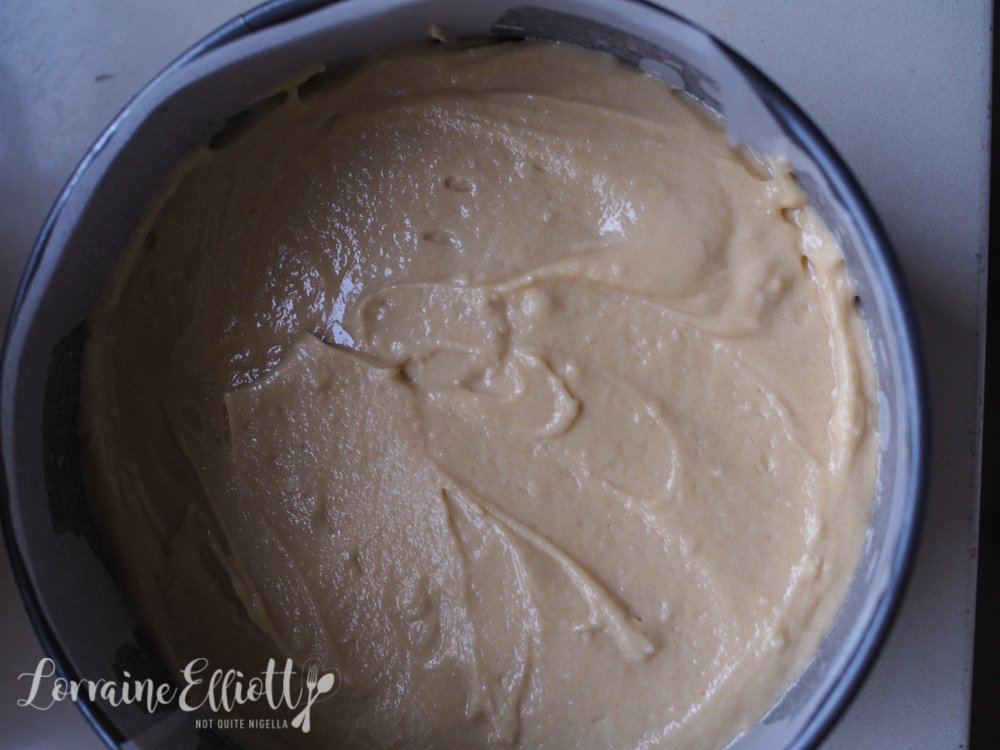 Step 1 - Grease and line the base and sides of 2x 15cms/6inch round springform tins. Preheat oven to 150C/300F. Beat the butter, oil and sugar until smooth. Then add the eggs and vanilla until mixed. In a jug or bowl whisk the flour, baking powder, malt powder and salt and then add this in in two batches alternating with the buttermilk until just mixed. Divide between two tins and bake for 50-55 minutes or until centre springs back when touched. Cool completely (the cakes can be baked a day ahead).

Step 2 - Make the buttercream. Beat the butter until smooth and then on low speed add the icing sugar and malt powder and mix for a few seconds or until incorporated. Add a little milk to make the batter less stiff and then beat for a few minutes until fluffy. Place in a piping bag.

Step 3 - Make the peanut butter filling by blending the ingredients together. 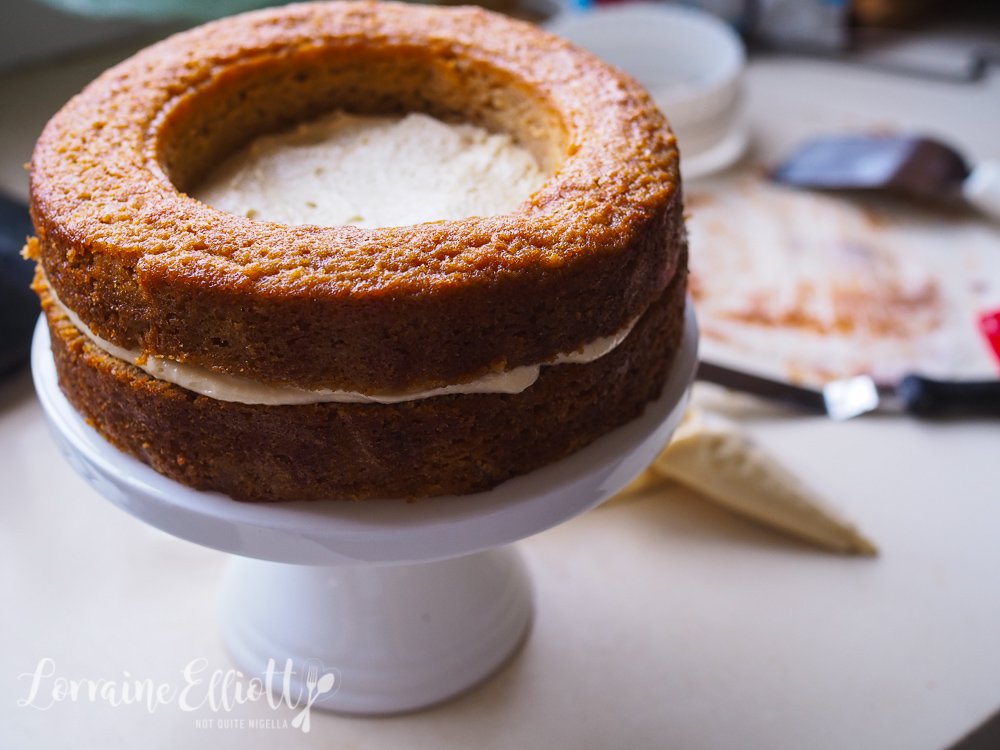 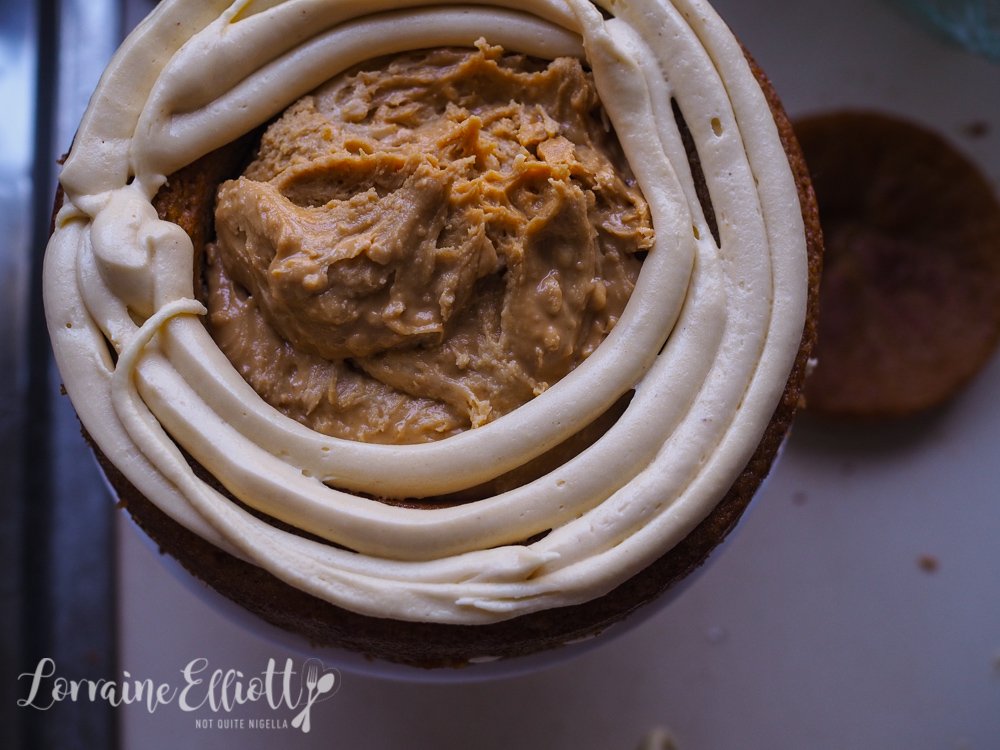 Step 4 - Cut each cake in half horizontally. Place one round on the cake stand and pipe the buttercream onto the cake. On the second and third layer cut out a 10cm/4inch round from the centre and then place on top. Pipe more buttercream around the edge and fill the circle cavity with the peanut butter filling. Repeat with the fourth layer and then pipe buttercream on top. 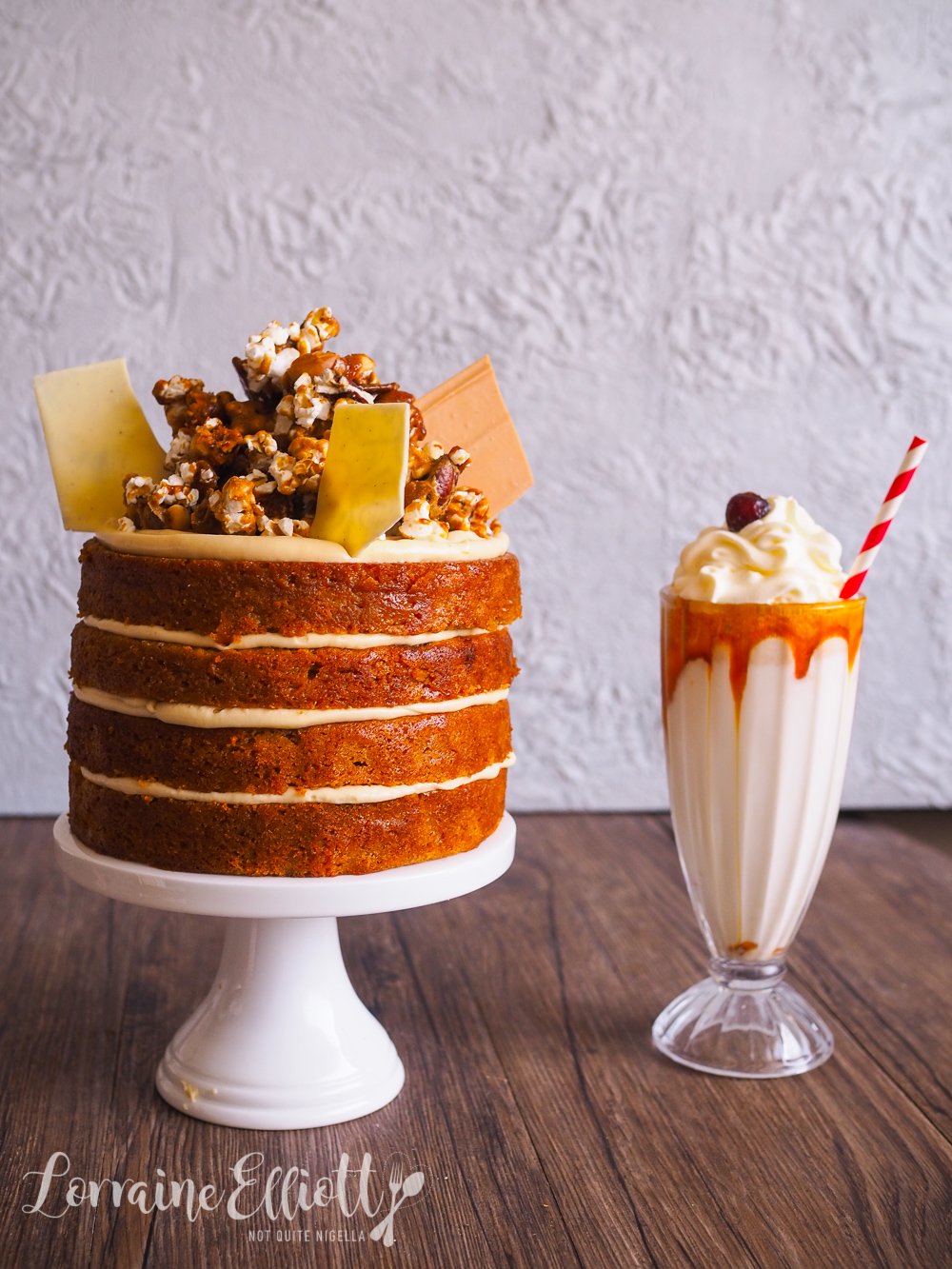