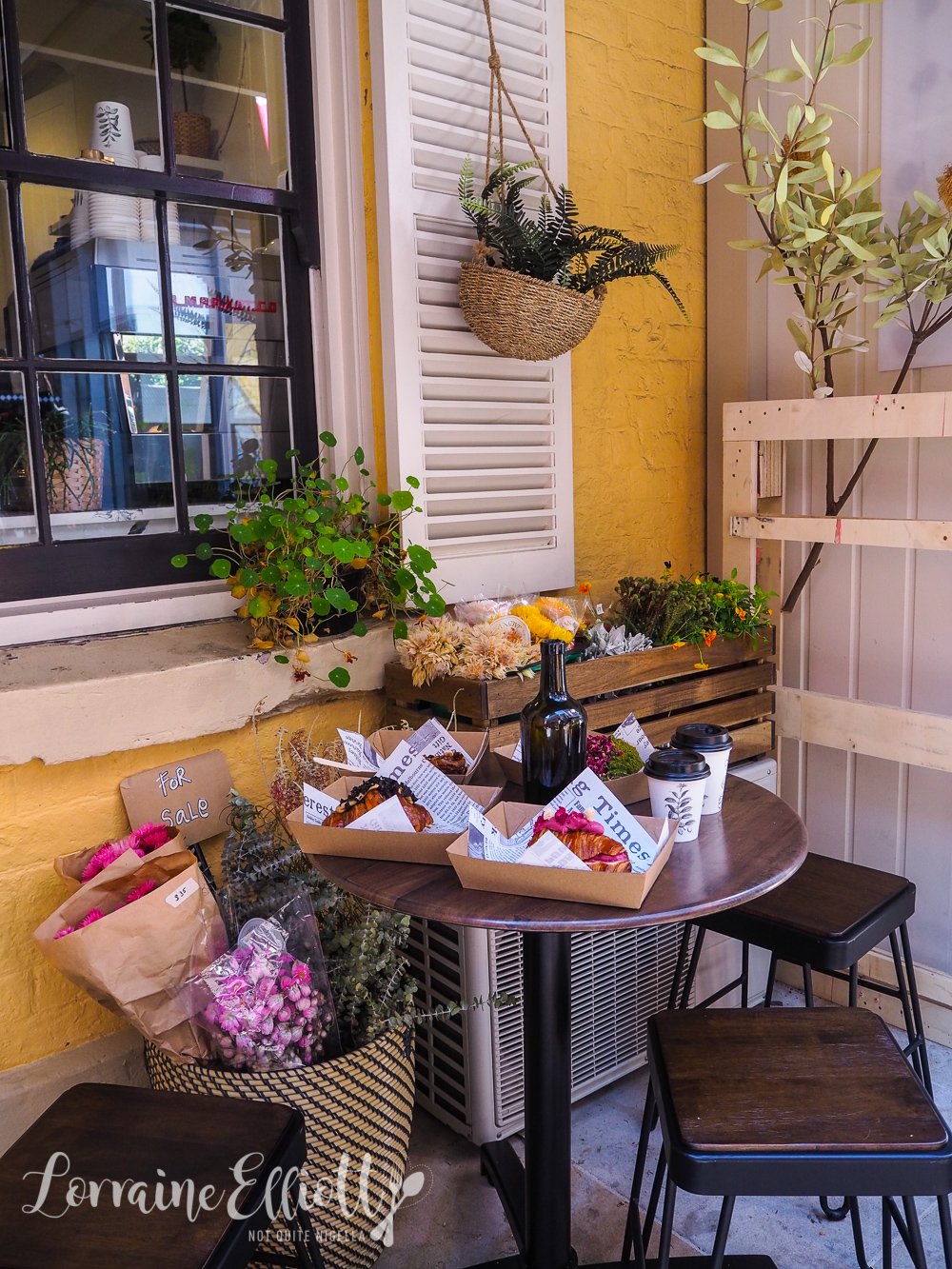 Tini Artisan Bakehouse is a new croissant bakehouse on Chippendale's Kensington Street. Part of the Koi family this tiny shop the shop offers croissants in flavours like matcha and rose, raspberry and lychee and truffle. 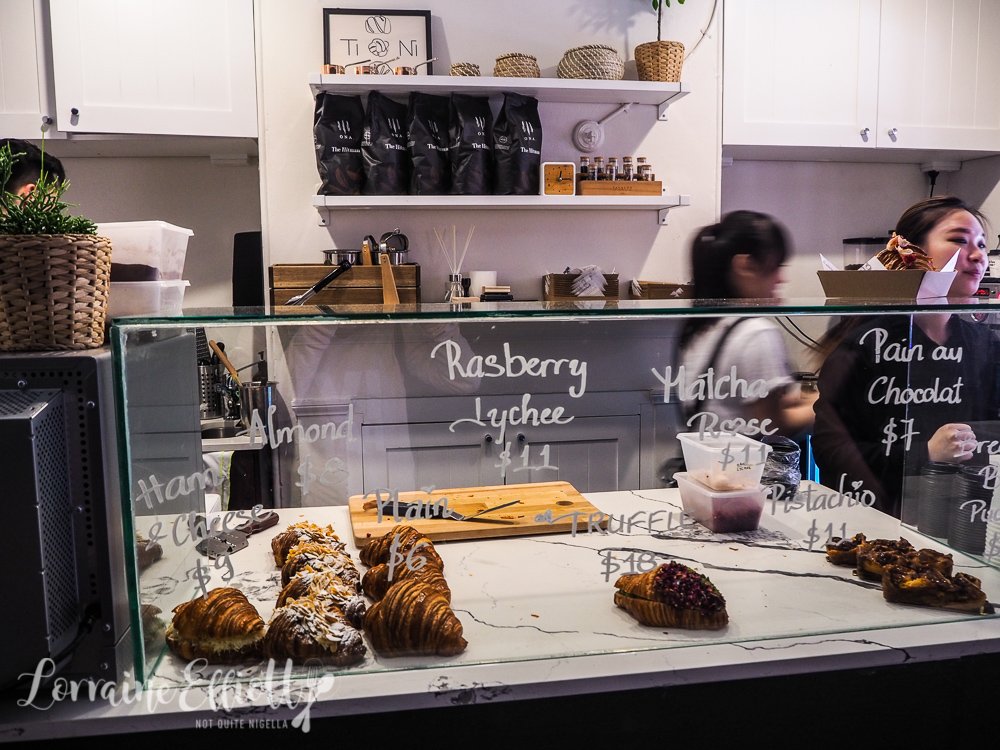 We're visiting Tini on Father's day so much of the stock has sold out. The staff aren't able to tell me much about the croissants themselves like what sort of butter is used but they tell me that they are baked in house off site. 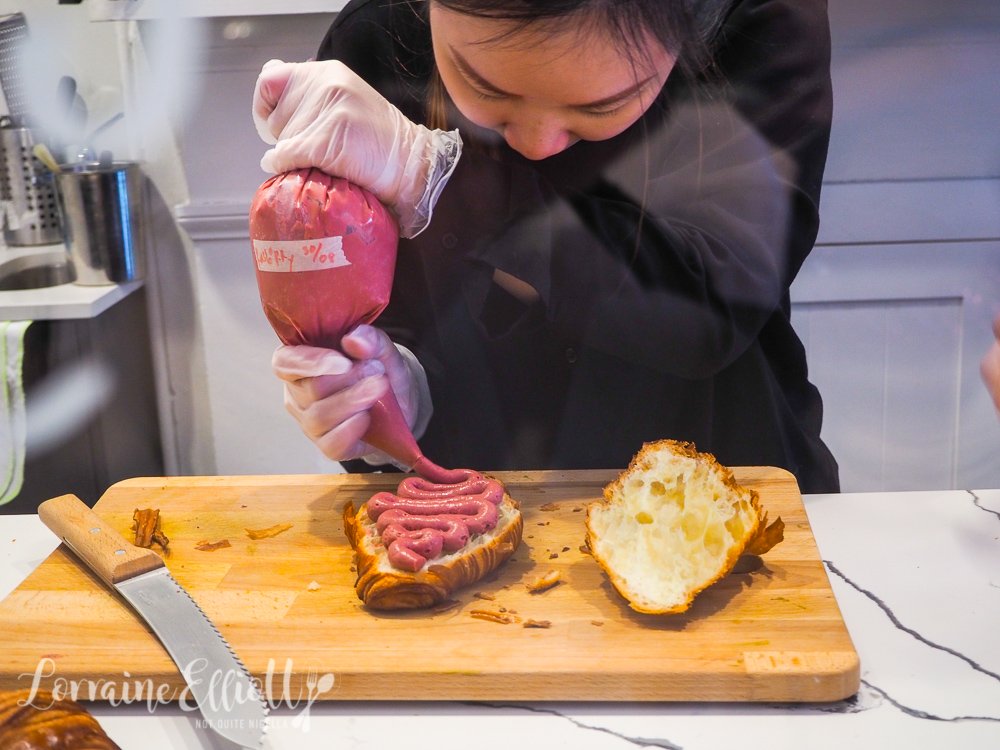 We buy three croissants, a bread and butter croissant pudding and a couple of coffees which adds up to about $55. I bypass the ham and cheese croissant as there isn't bechamel inside (a must in a ham and cheese croissant for me) but ordinarily I would go for this as its my favourite type of croissant. Everything is given in takeaway containers even if you are eating in at one of the three outside tables. They freshly fill the croissants and then bring them out to us. The chai latte is nice - strong in ginger and clove. 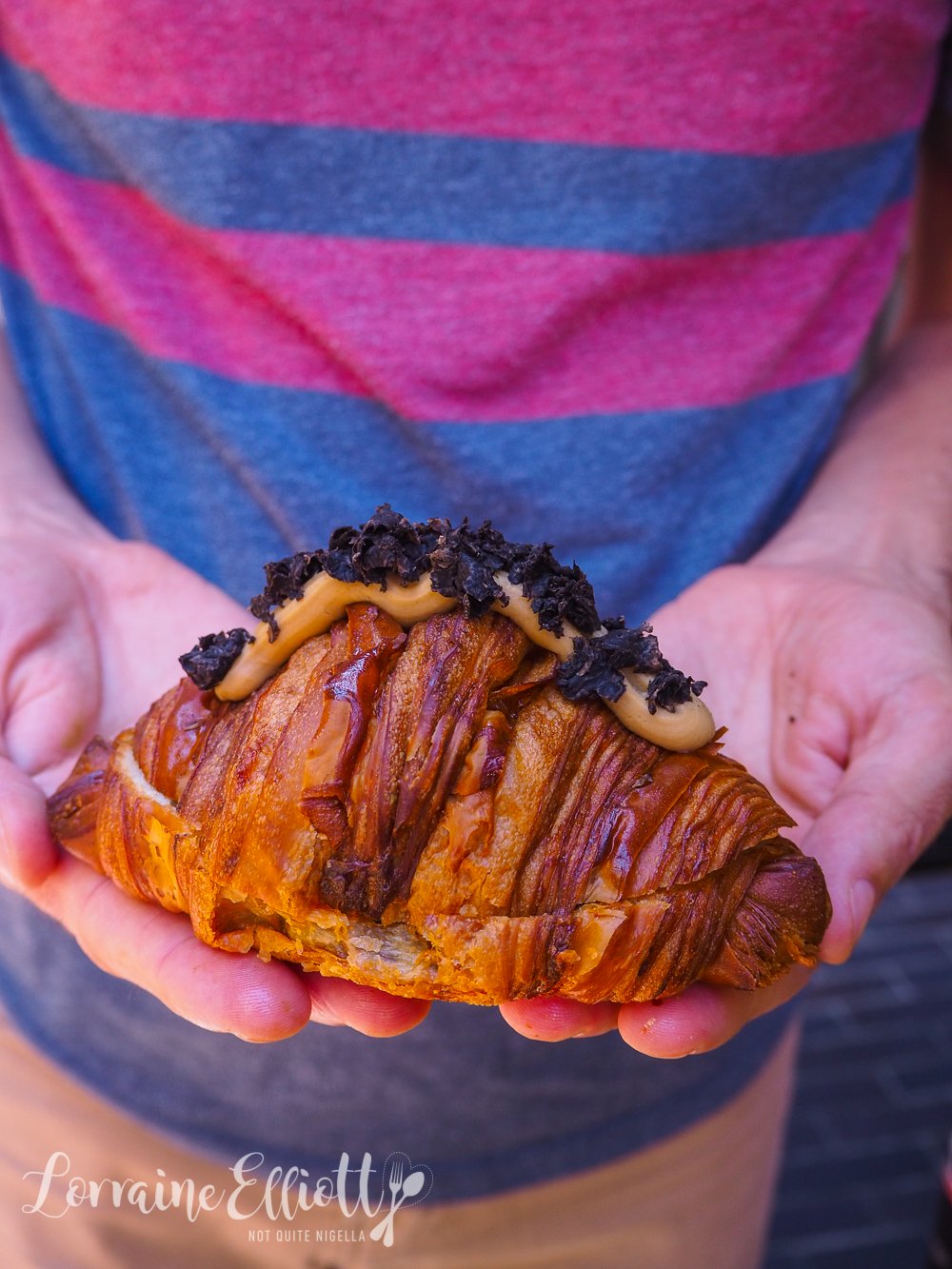 Onto the pastries! The truffle croissant has a praline filling and then is topped with salted caramel cream with shaved NSW truffles on top. It's pleasant but the praline filling doesn't really bring out the flavour of the truffle or make the most of the ingredient.

Also the croissant itself isn't as crisp, it's actually quite soft in texture. I think I was hoping for something of the quality of Lune/Agathe/Rollers which are all superb croissants at their very base. I also find croissants in Sydney are a challenge because of our comparatively humid weather and once they're baked they need to be eaten otherwise they draw in moisture and this affects their texture. 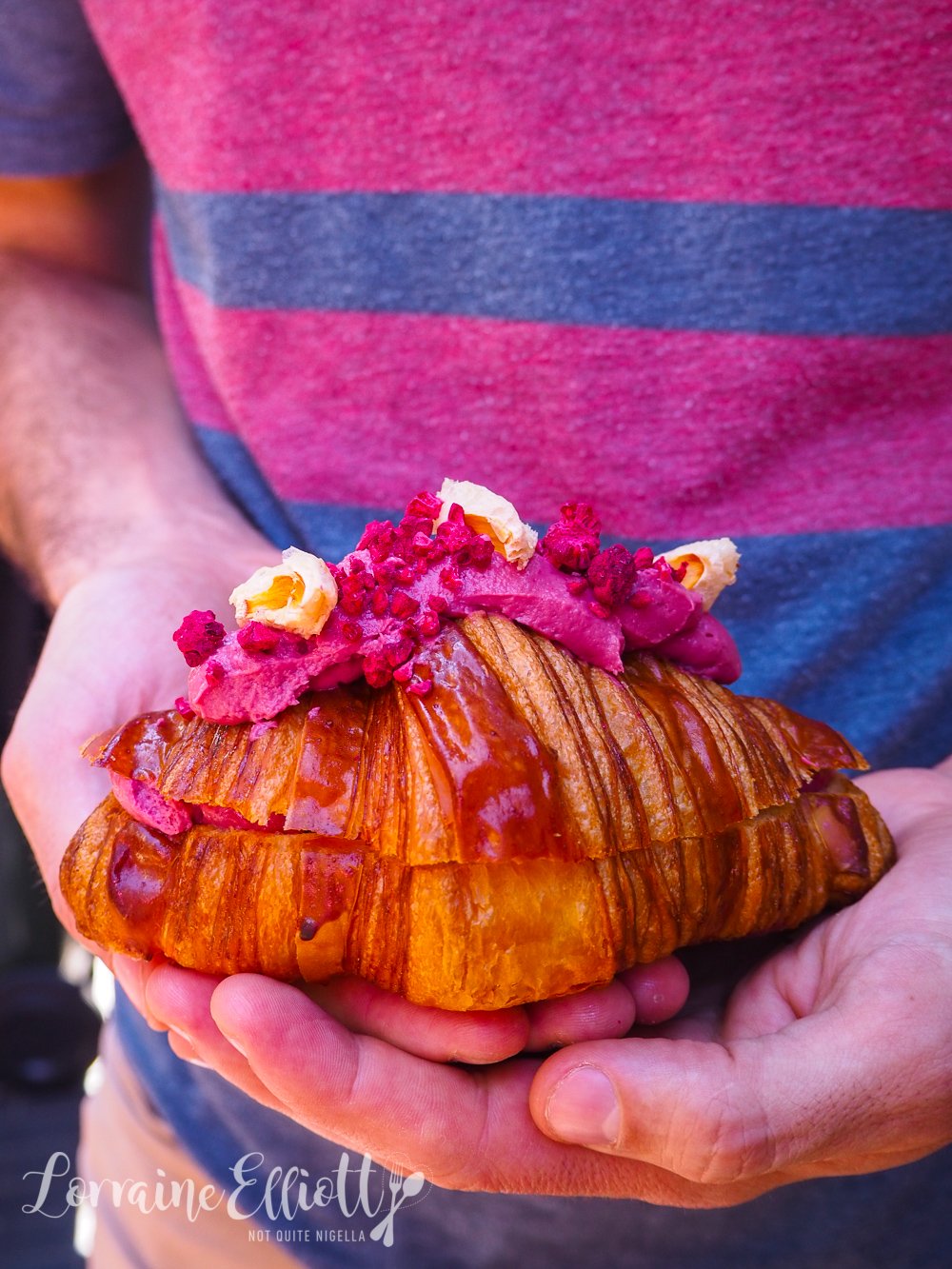 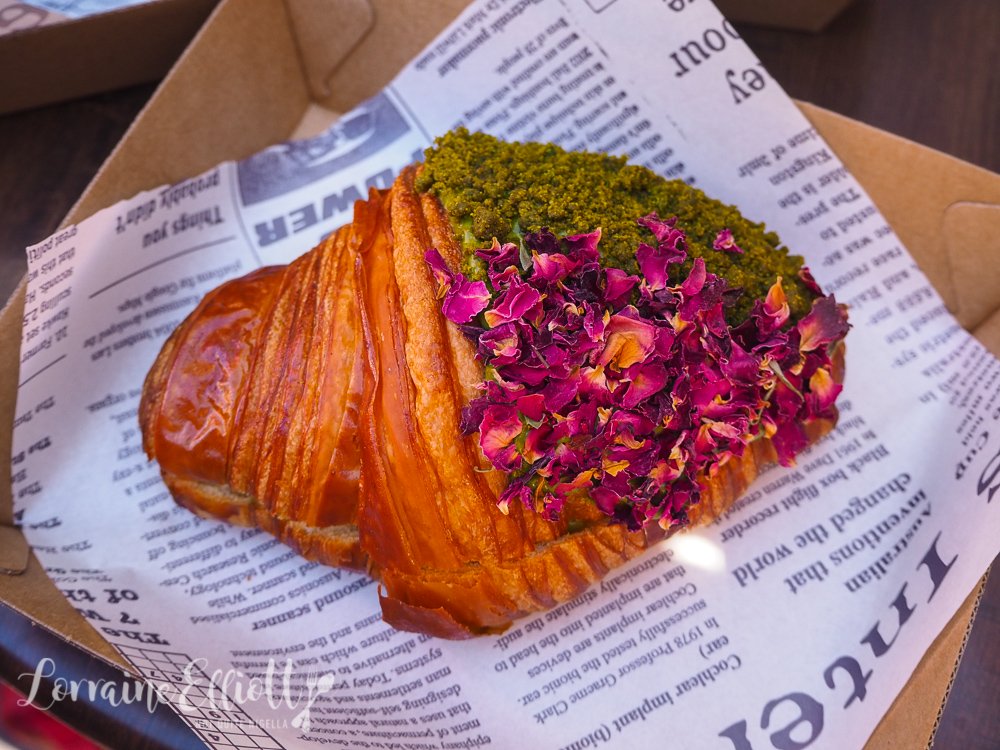 Out of the croissants perhaps the matcha is my favourite as it has a generous filling of rose infused matcha cremeaux and a pretty decoration of dried rose petals and matcha crumble. The custard itself is good and strong in matcha. 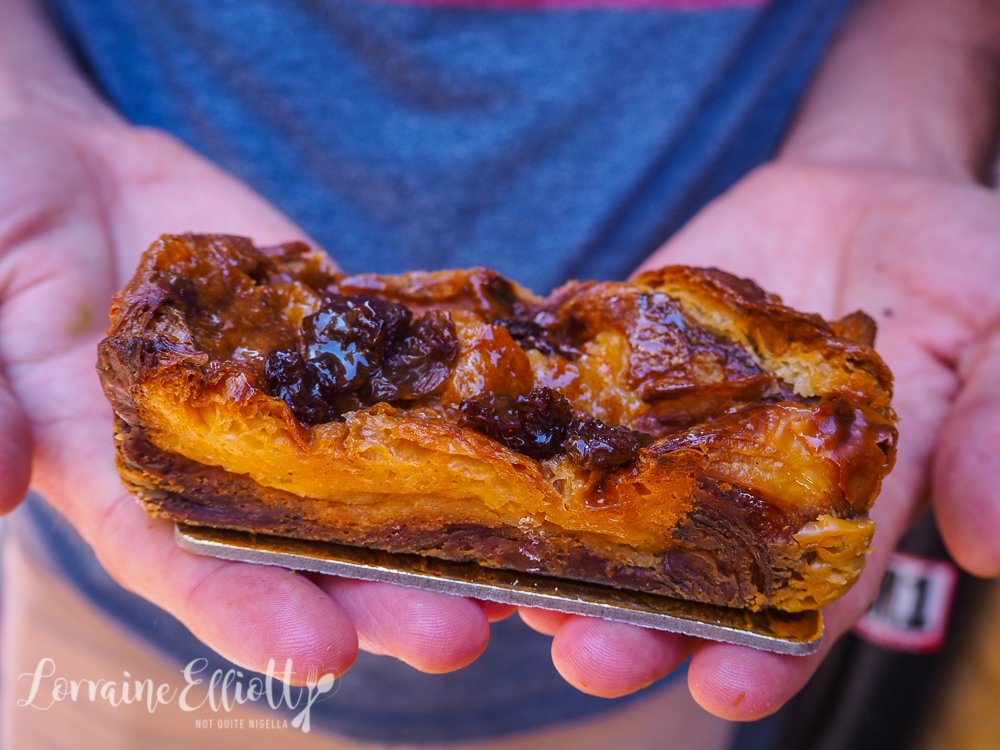 My favourite pastry is probably the bread and butter pudding as you do expect the texture to be a bit softer because it is a pudding. There are sultanas and a sweet glaze on top. I like this warmed up in my oven at home.

So tell me Dear Reader who makes the best croissants that you have ever tasted? Which croissant do you think you'd like the most? 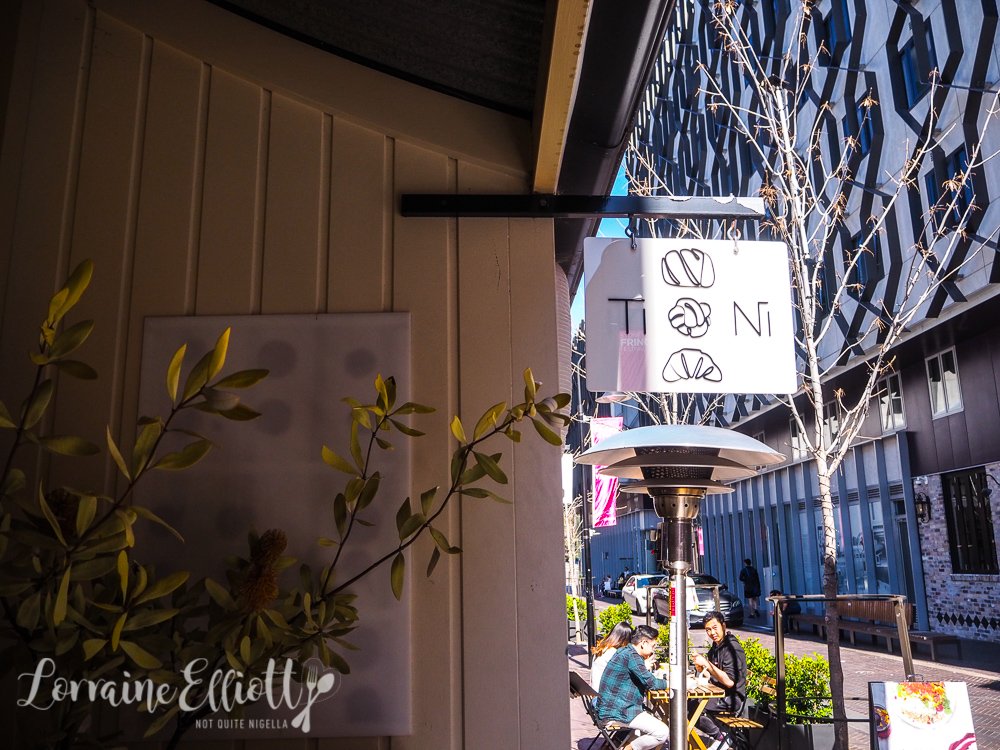