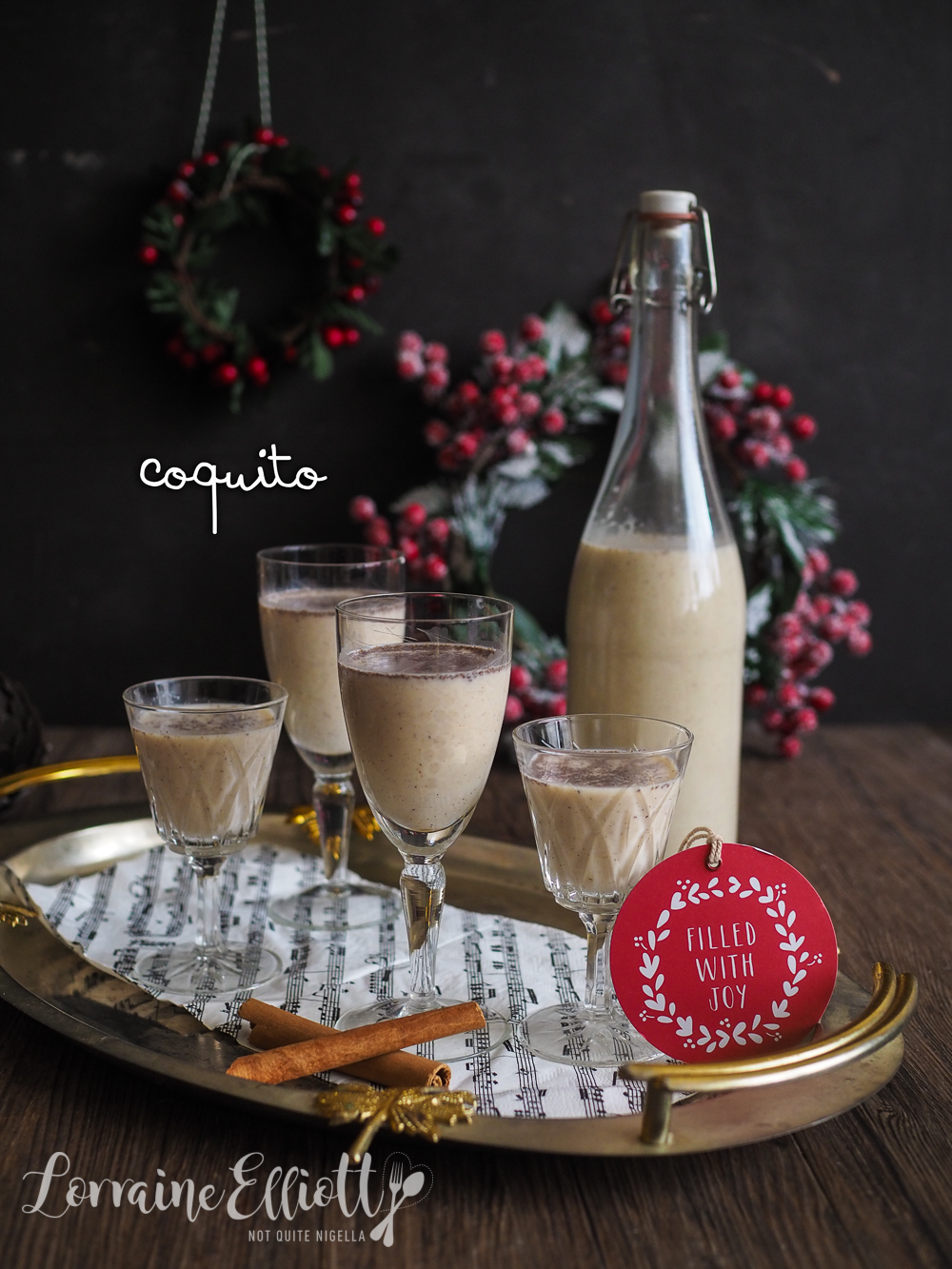 My Dear Reader, have you heard of Coquito? It's a delicious Puerto Rican cousin of eggnog but made without egg yolks! It's dreamy base of a mixture of coconut milk, evaporated milk, condensed milk, spices and rum. It also takes all of 5 minutes to make and lasts for a month in the fridge (if it doesn't disappear, it's so delicious!). This is a pushy recipe Dear Reader!

Coquito means "Little Coconut" in Spanish. Coquito originated in Puerto Rico but is found all over the Caribbean. It is served ice cold after dinner in small glasses, usually shot glasses.

Coquito's resemblance to eggnog is due to the thicker texture like a light custard thanks to the coconut milk and other milks used. It has been said that the addition of egg in Coquito is from an American influence. It's so utterly delicious that I found myself sipping in the days before Christmas. If you're living in greater Sydney you'll probably know why given our sudden, latest second wave of COVID-19. 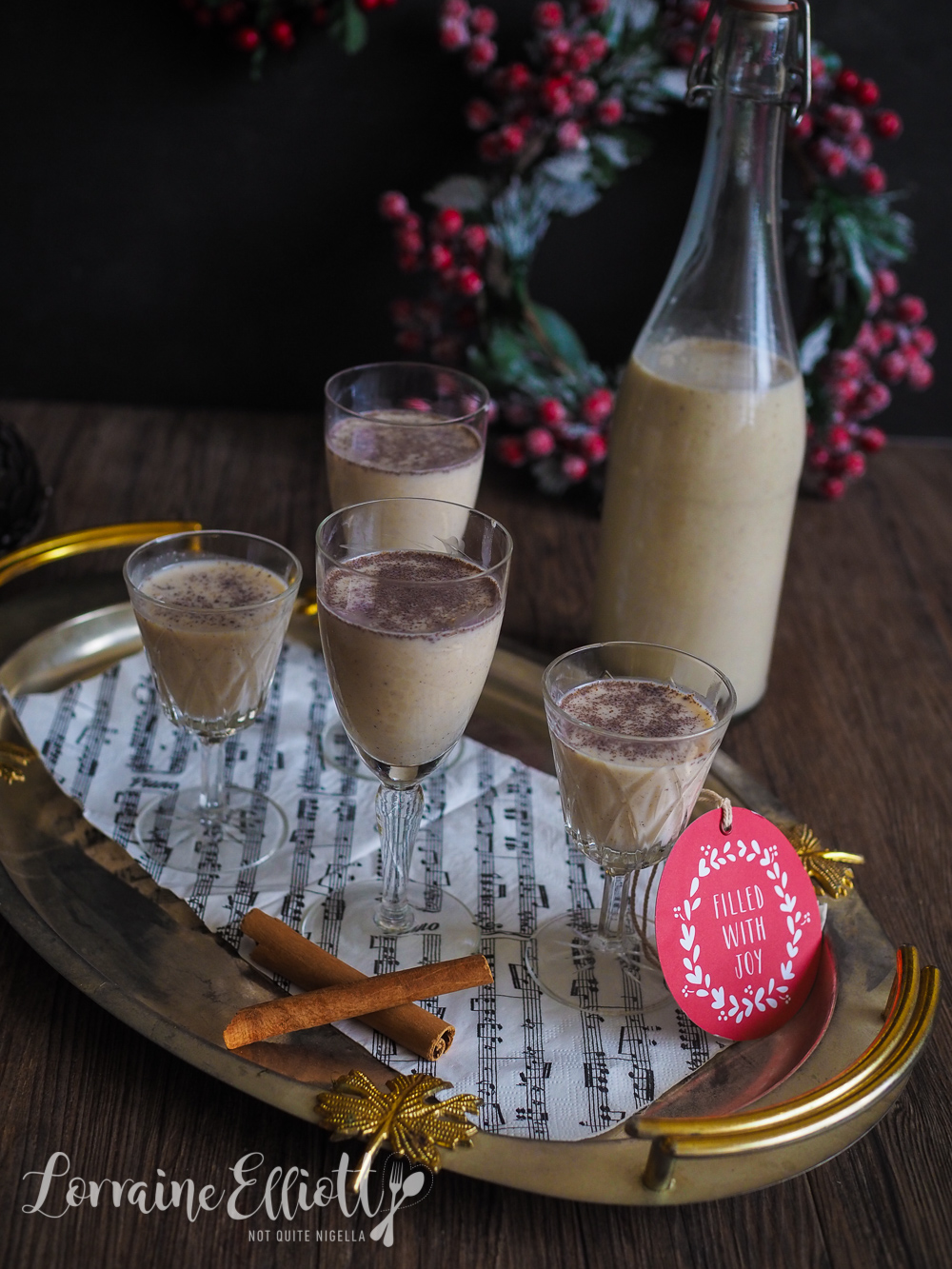 Even before this we've barely made it across the line to Christmas. Mr NQN was the same and last Friday was his last day at work before breaking for Christmas. At 12:30pm he mumbled that he was setting an alarm for 10 minutes while he just lay down before his next meeting.

That Friday night felt like the beginning of Christmas. We were going to Nina and Garth's house for dinner. We haven't caught up much in person because they haven't been going out and every spare minute is spent renovating their new house. I was surprised to see them invite us over because Nina hates cooking PASSIONATELY so I messaged Nina that morning.

"What can we bring tonight? A 3 course meal?" I asked.

That afternoon we were about to get ready to go out to dinner when for some reason I turned on my computer. I ordinarily wouldn't have because it was late and I needed to get ready. And then I saw the headline that COVID locations had spread from the Northern Beaches to the Eastern Suburbs.

I quickly looked at my calendar and a chill went over me. I had been there during the small window of time in question. I was in a doctor's office in a separate tower but I had spent 5 minutes in David Jones looking for a present. It was time to get a COVID test. Dinner with Nina and Garth was cancelled and I joined many others in the queue at the RPA!

So tell me Dear Reader, have you had a COVID test? Also I want to take this time to wish you all a very Merry Christmas! I know that for a lot of us, Christmas won't be the same as other years. We will all get through this awful time and celebrate being together when we can.

Makes 1.2 litres or 5 cups of coquito 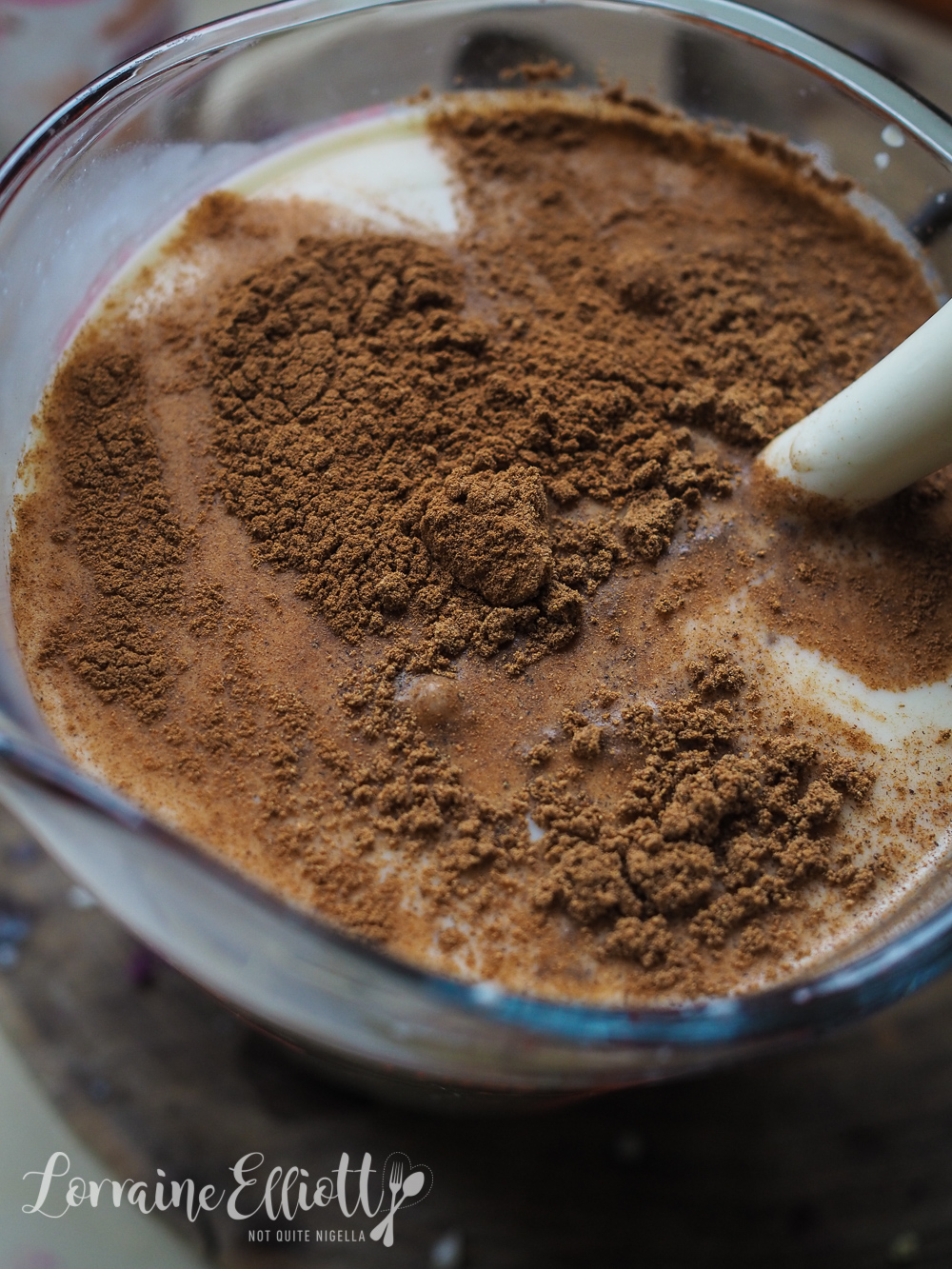 Step 1 - In a large jug or blender measure the coconut milk, sweetened condensed milk and evaporated milk. Blend in rum, cinnamon, nutmeg, vanilla and cloves. Store in the fridge and serve very cold. Shake the bottle before serving. You can also sprinkle a little cinnamon on top.