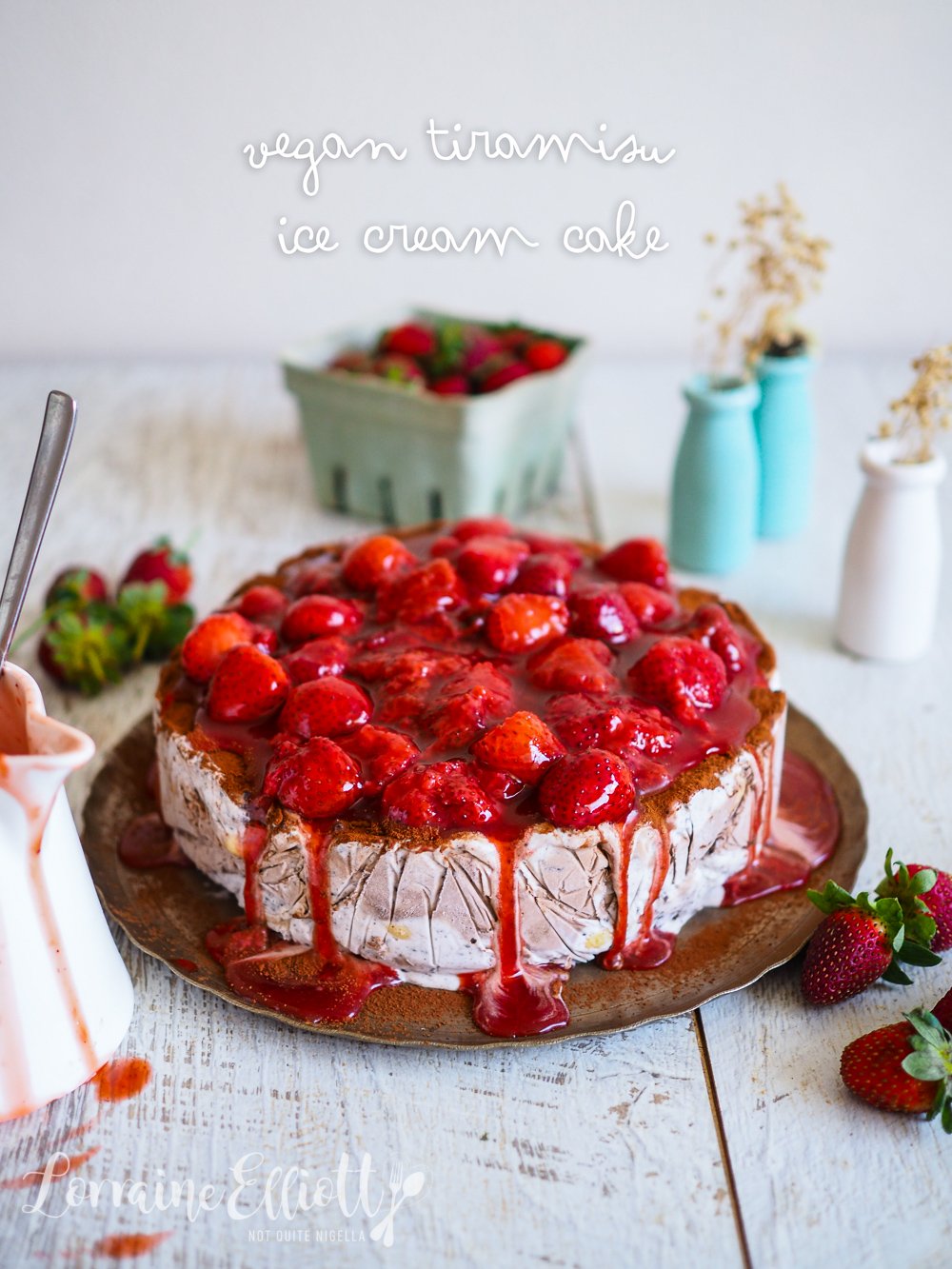 With Christmas and summer looming very close perhaps you've got to make a dessert for a vegan friend or member of the family but want everyone to enjoy it? This frozen tiramisu cake could fool any non-vegan. Layers of chocolate and cookies and cream "ice cream" alternate with vegan "lady finger" biscuits dipped in honeyed dessert wine and tea. It gets a final layer of glistening vanilla strawberries. I called her Sunday.

We have plenty of vegans in the Elliott family to make this for and I was curious to see what the brand new Plantitude frozen desserts range by Woolworths would be like. They're super new and just hit Woolworths in October. I only wanted to develop a recipe for the range if I liked the taste of them because vegan food in general can be hit and miss. 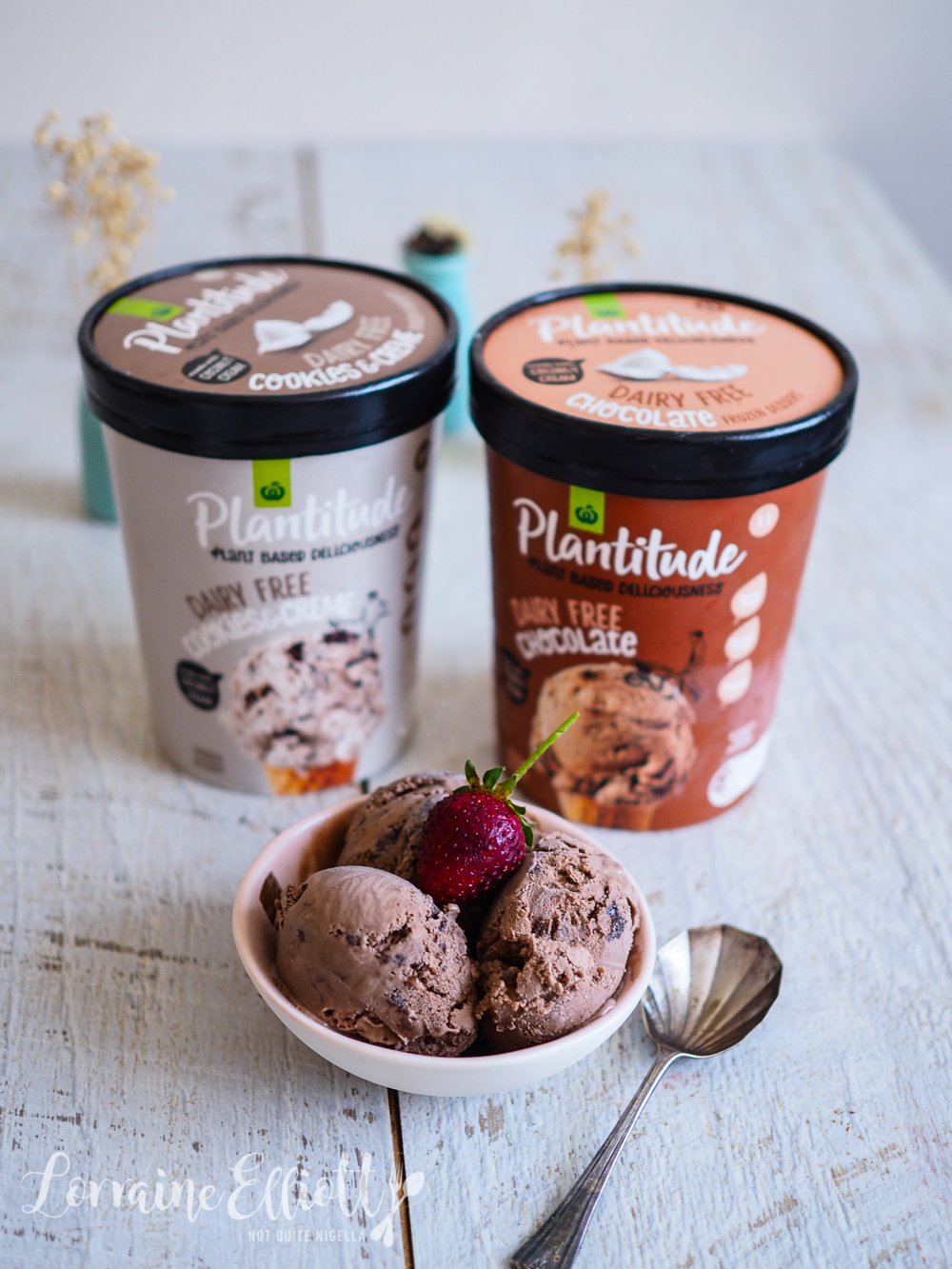 I'm pleased to report that the new Woolworths Plantitude frozen desserts are really good. They're made using coconut cream and the chocolate one is my favourite as it tastes like a Bounty bar or a Coconut Rough. The cookies and creme one is made using real cookies (where chickpea water replaces the egg). You really can't tell that there isn't any dairy in them. Mr NQN had no idea when I gave him a slice to eat.

I also include a recipe for making vegan lady fingers or savoiardi biscuits. Usually eggs are the first ingredient in savoiardi but these are a good version that taste remarkably similar. They're perhaps a bit sturdier and less light in texture so I recommend dunking these in the wine for a bit longer.

I mentioned before how I love visiting supermarkets because you never know what they'll have, especially ones while overseas. While in Santa Monica my friend Kat and I went to one to pick up some last minute items before we flew back to Australia. When we walked in I saw some of those motorised supermarket carts near the door. 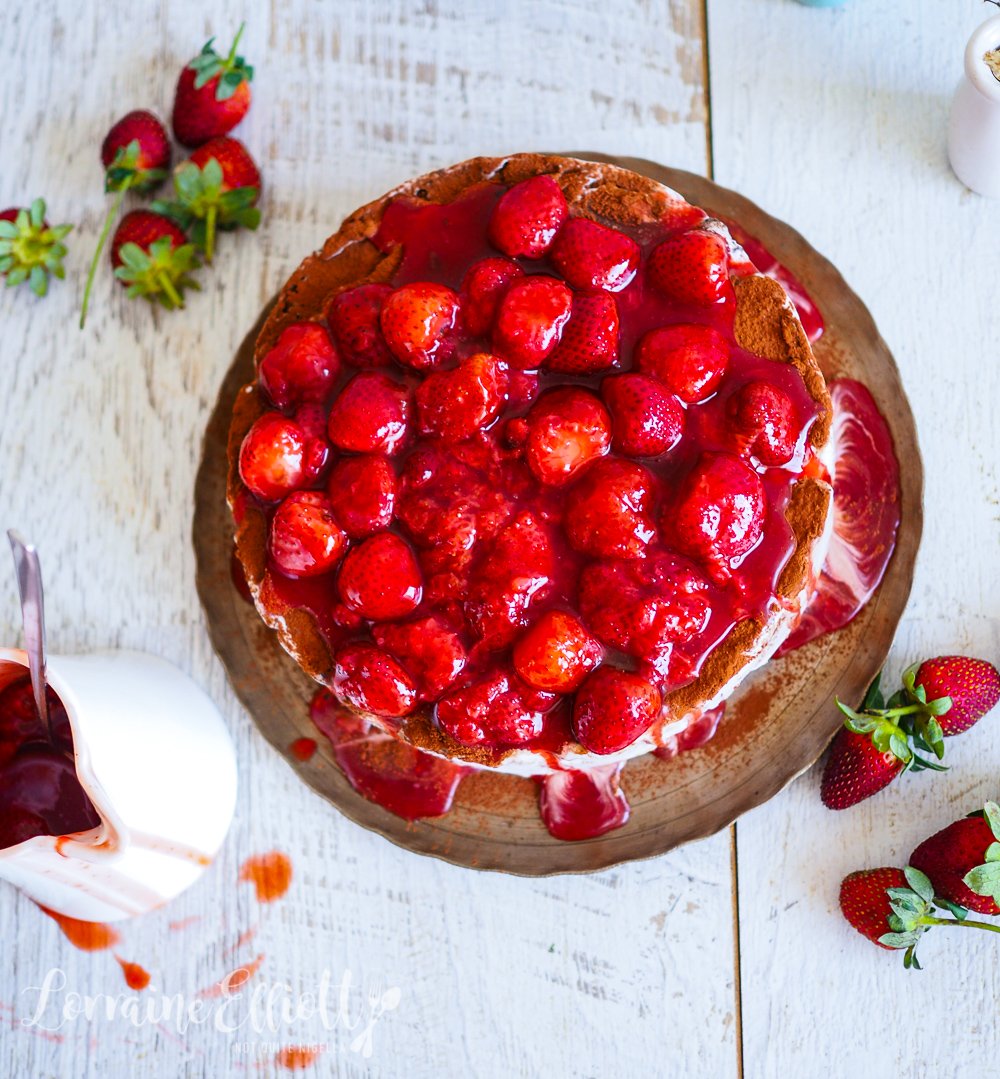 "I've always wanted to try to drive of those," I said to Kat eyeing it. The young security guard who looked all of 18 years old overheard me and said, "Go on, try it." "Really?" I said. "Yeah I use it all the time," he said laughing.

I thought about it for a hot second before climbing on. 2018 was my year of "Yes" where I said yes to things I may not have and that turned into 2019 also being the Year of Yes. I've had no regrets and maybe it will continue to 2020 too (or the rest of my life).

How to make a Vegan Ice Cream cake video

"How does it work?" I asked hopping on. "You flip it that way to go forward and that way to go backwards and then steer," he said. After some false starts and a lot of jerkiness I was off!

I cruised up and down aisles. It was very comfortable and surprisingly easy to manoeuvre. After 5 minutes I was zipping past Kat with a "Hiii!!!" and "Byeeeee!!!". I covered the supermarket aisles within a fraction of the time should I walked them. People looked at us like we were crazy. 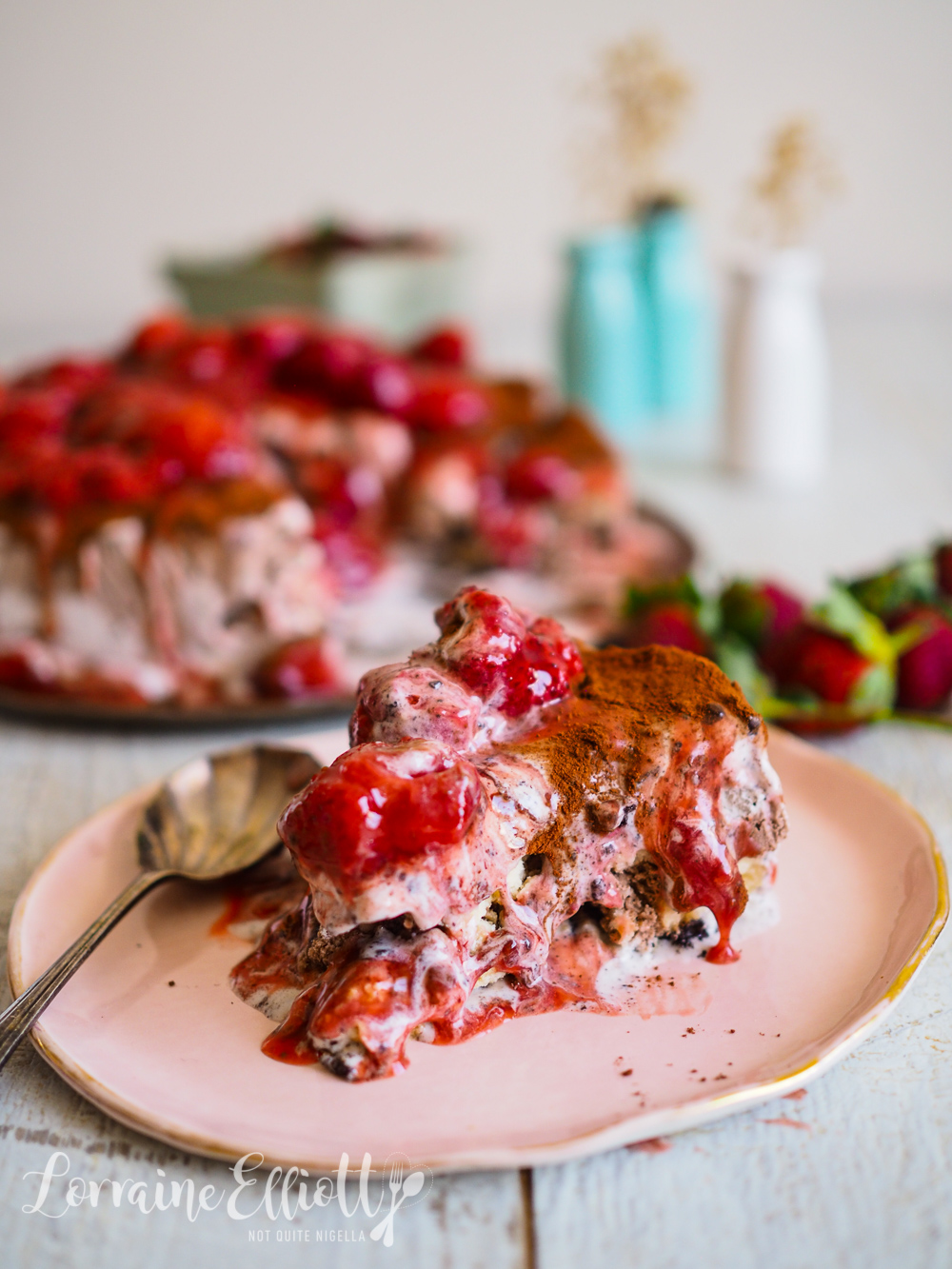 Kat went off to pay for the items while I zipped off to park the trolley scooter back in its original place. As fine as I was driving it, I wasn't as adept parking it and a small crowd built up watching me park it. "Turn more left, hard left," one guy said. "Make a wider arc," said a woman. I finally got it parked and before I left I high fived the security guard who encouraged me in the first place!

So tell me Dear Reader, do you more often say yes or no? Have you got any vegans you need to feed (or are you vegan yourself)? Have you tried the new Woolworths Plantitude Frozen Desserts range?

Step 1 - Preheat oven to 180C/350F and line 2 trays with parchment. Beat Nuttelex and sugar together for 2-3 minutes until pale and fluffy. Add the flour, baking powder, milk and vanilla and beat on low speed until just combined.

Step 2 - Place some of the mixture into a piping bag fitted with a small plain tube and pipe 8cms logs. Repeat until all of the mixture is used. Sprinkle sugar on top and then bake for 13 minutes or until cooked. Cool completely. These vegan lady fingers can be stored in an airtight container for a week. 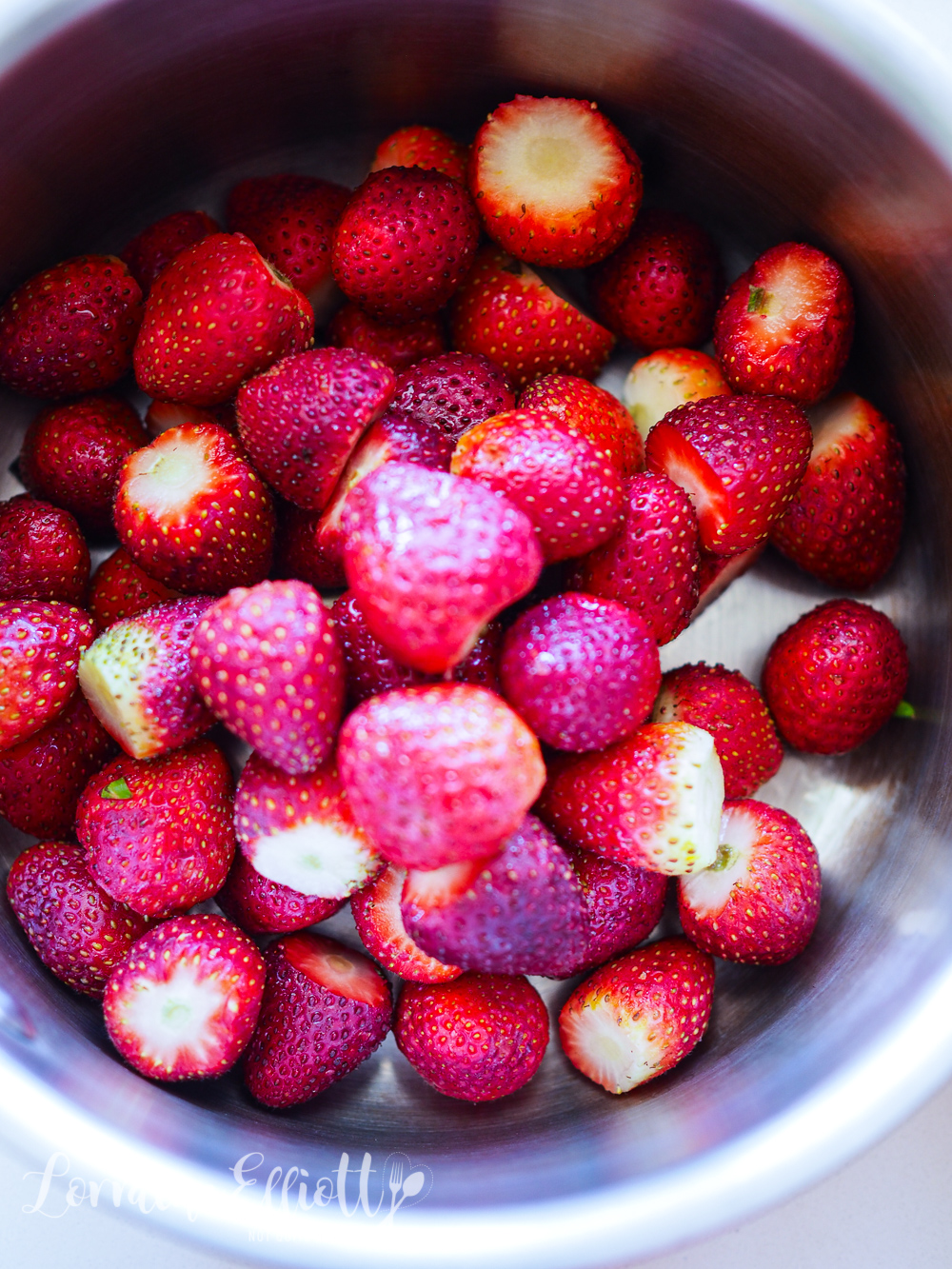 Step 3 - Place the strawberries in a saucepan and add the water and bring to a boil. Simmer for 4-5 minutes. Then add the sugar and vanilla and dissolve the sugar. Then add the cornstarch slurry and heat on low heat. It will thicken the liquid and become clear. Cool completely.

Step 4 - Place the two selected Woolworths Plantitude frozen desserts in the fridge around 30-45 minutes before you put this cake together. Line a 20cm/8inch springform tin with cling film. Layer with half of the Plantitude Frozen Dessert Cookies & Creme or Vanilla on the bottom. Dip the lady fingers in the Chambord and tea soaking them well (I can't emphasise this enough, these won't absorb the ice cream in the same way as mascarpone) and place on the cookies and creme/vanilla layer. Then cover with a layer of Plantitude Frozen Dessert Chocolate smoothing it down with an angled spatula. Repeat with the well dipped lady fingers. Finish with another layer of the Plantitude Frozen Dessert in Cookies and Cream/Vanilla. Place in the freezer to freeze up again for 1-2 hours. You can also make this a few days ahead of time in which case you can ripen it in the fridge for 30 minutes so it cuts easier.

Step 5 - Sieve cocoa on top and serve with the strawberries. 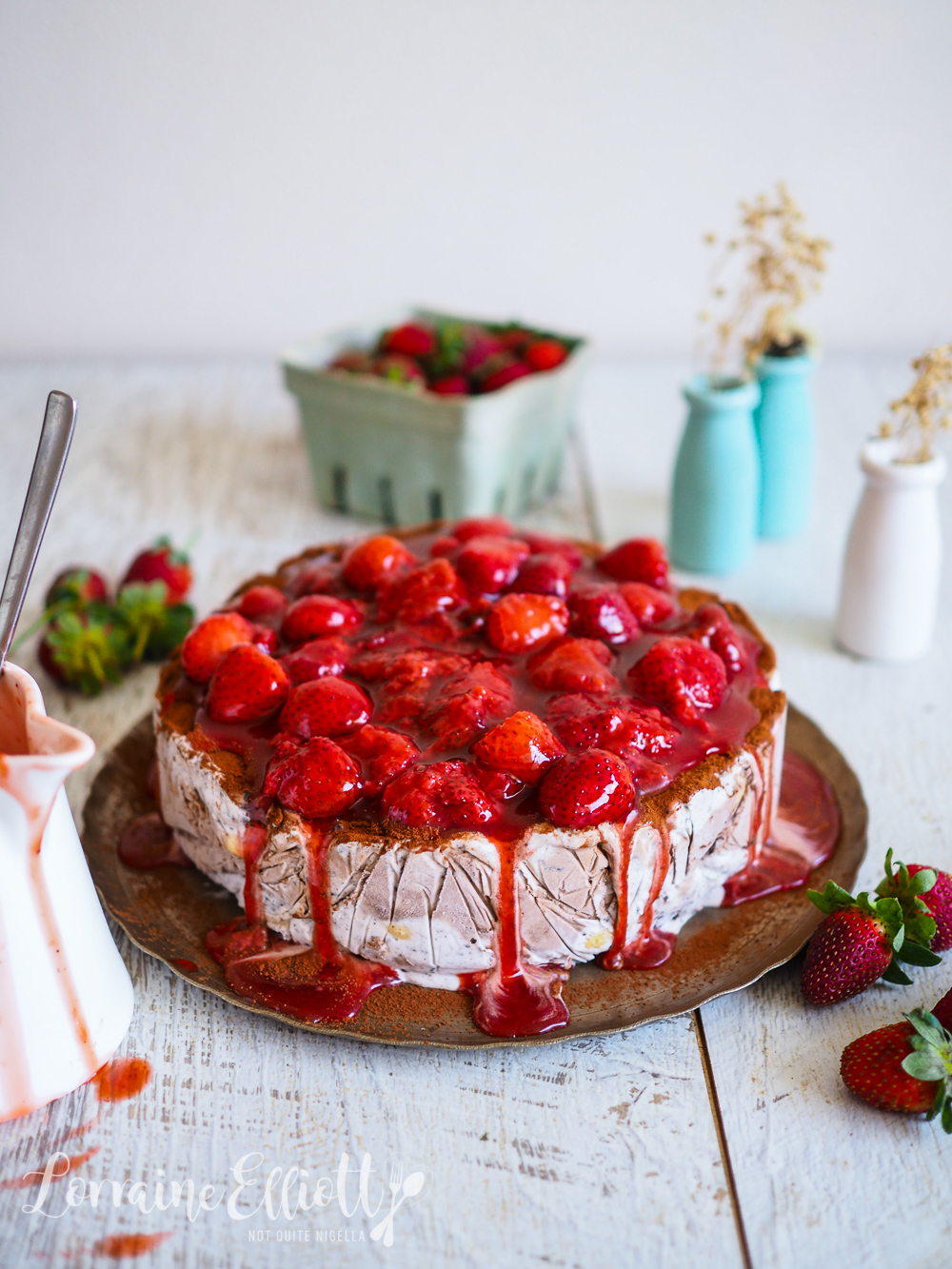