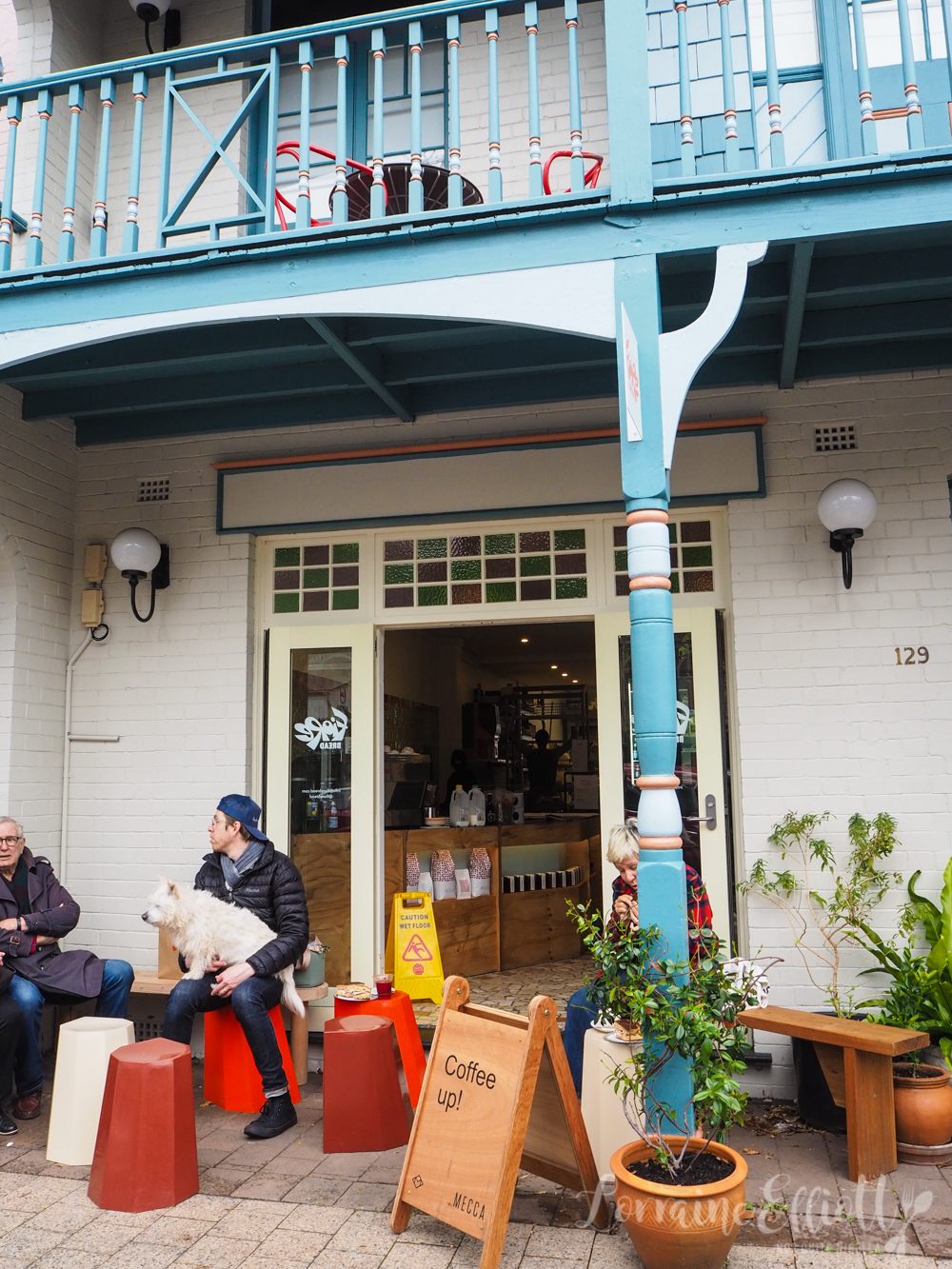 Fiore is an Italian sourdough micro bakery on Blues Point Road in McMahons Point. This bakery and deli has a small range of panini and to go options and all signs point to the hero product: their sourdough. Make sure to stop by this little piece of Italy for one of their wonderful porchetta sandwiches and if the ricotta donuts are on offer grab half a dozen of these beauties before grabbing your milk and bread. 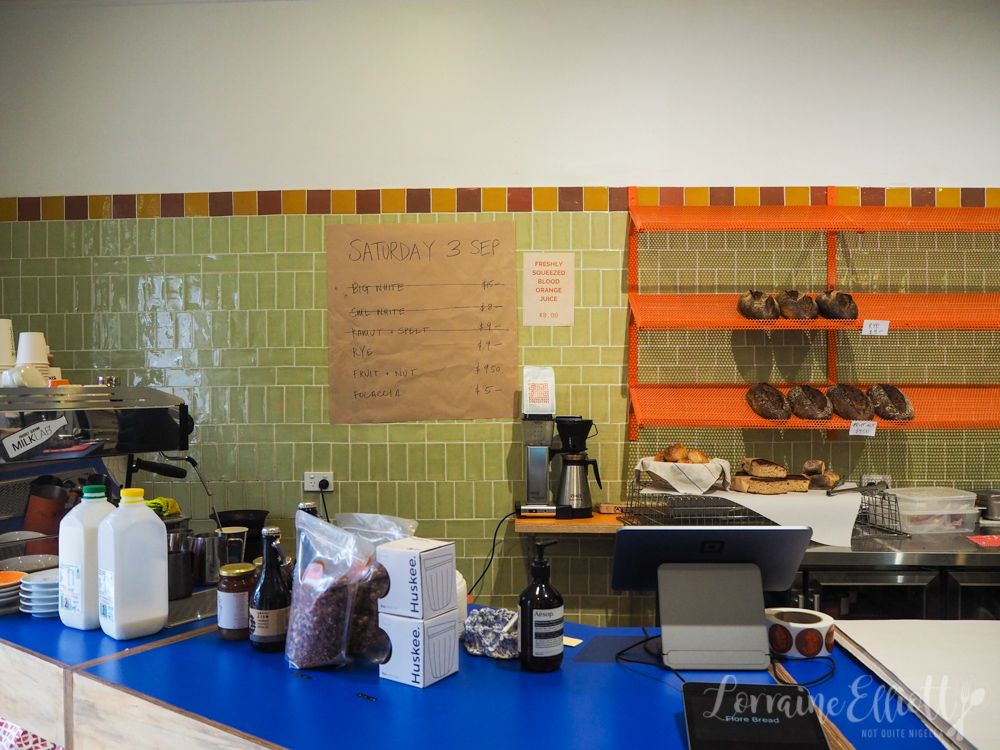 Fiore bread's Alberto Dal Bosco wants to keep it simple. Bread, just bread. Maybe the occasional bombolini and panini but he doesn't want a bakery with a cast of hundreds with a commitment to making pies, pastries and other things. Fiore is like an Italian Alimentari with bread, a sandwich or two on offer and a few bits and bobs like drinks, staples like Jersey milk, anchovies, house granola and condiments. 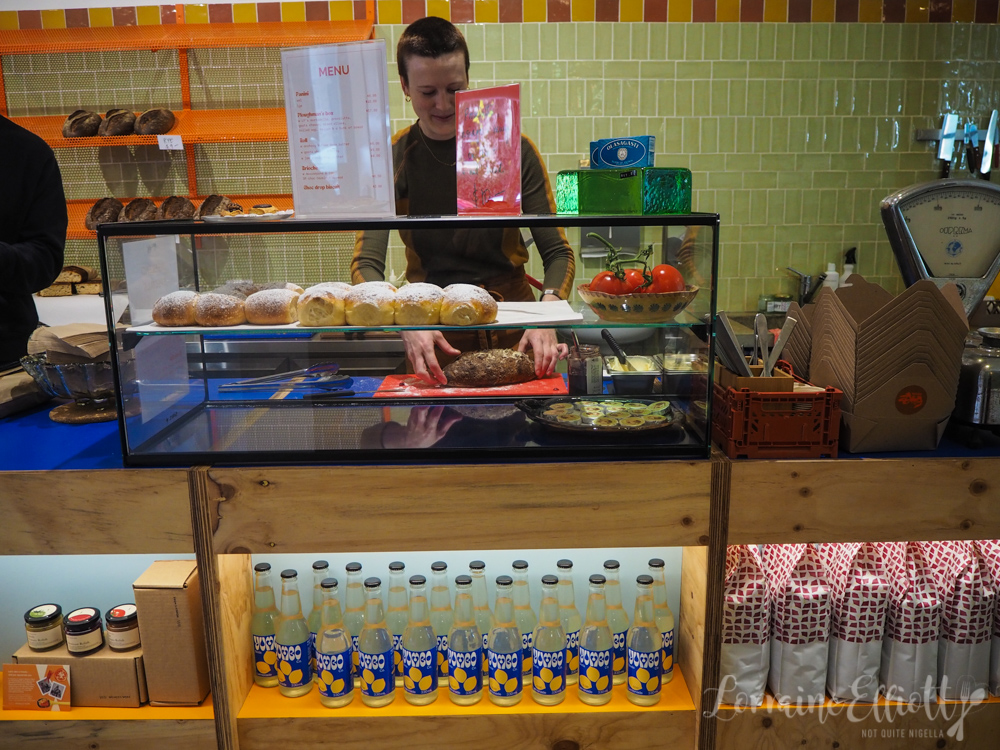 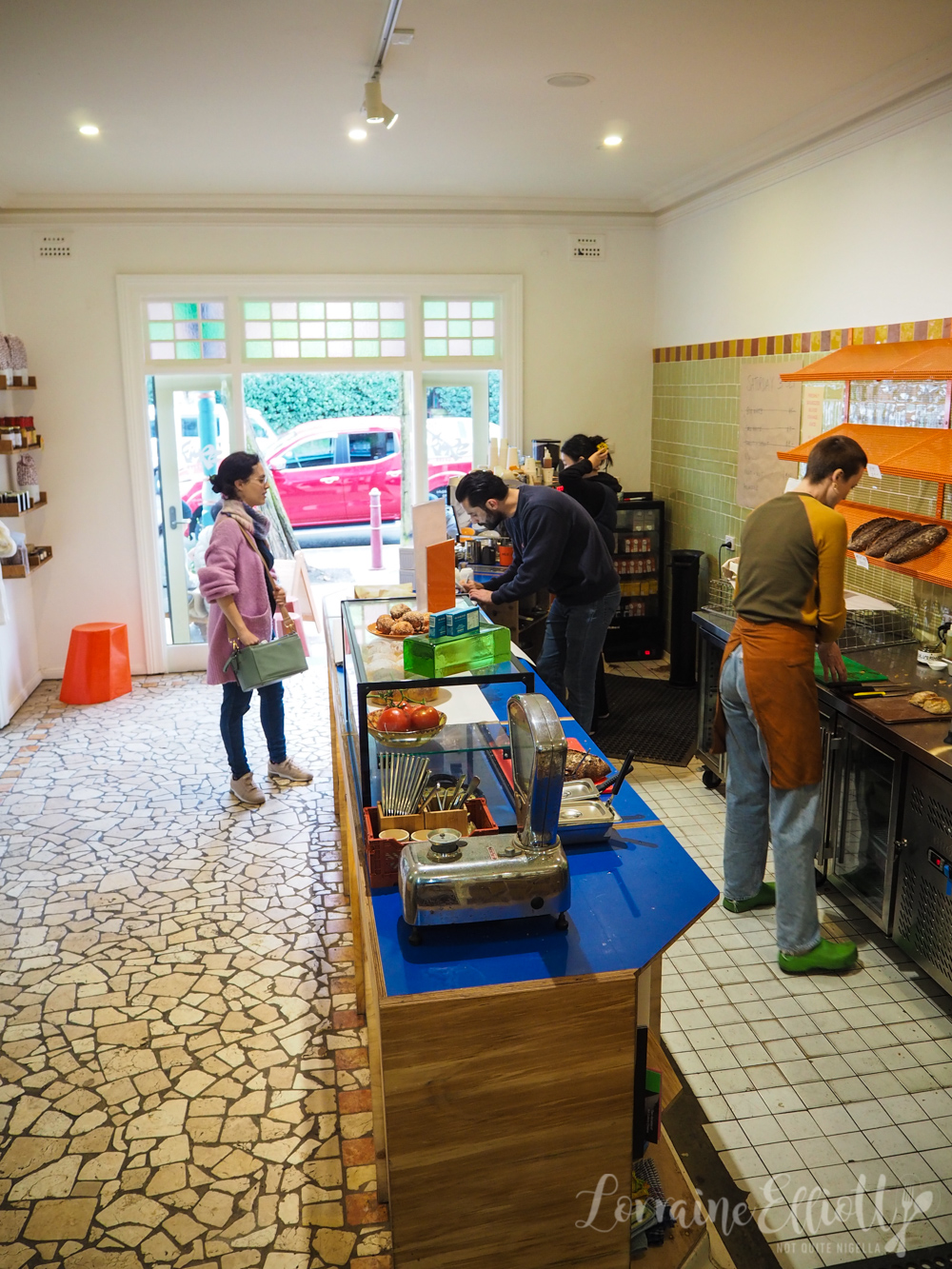 Alberto arrived in Australia in 2014 with his then partner. He was leaving behind a job in Italy at an engineering firm selling autoclaves. While he had worked casually in pizza restaurants in Italy, it was here that he switched to the world of food. He worked at Love Supreme (where he and his partner Samantha Dean met), Penny's Four and Iggy's before lauching Fiore bread. Fiore is the Italian word for flower, a pun on the bakery's use of flour. They use Wholegrain Milling flour in their breads in a mix of ratios depending on the bread (and bag of flour). Their sourdough is 100% yeast free and the loaves come in varieties like kamut & spelt, rye, white as well as focaccia. 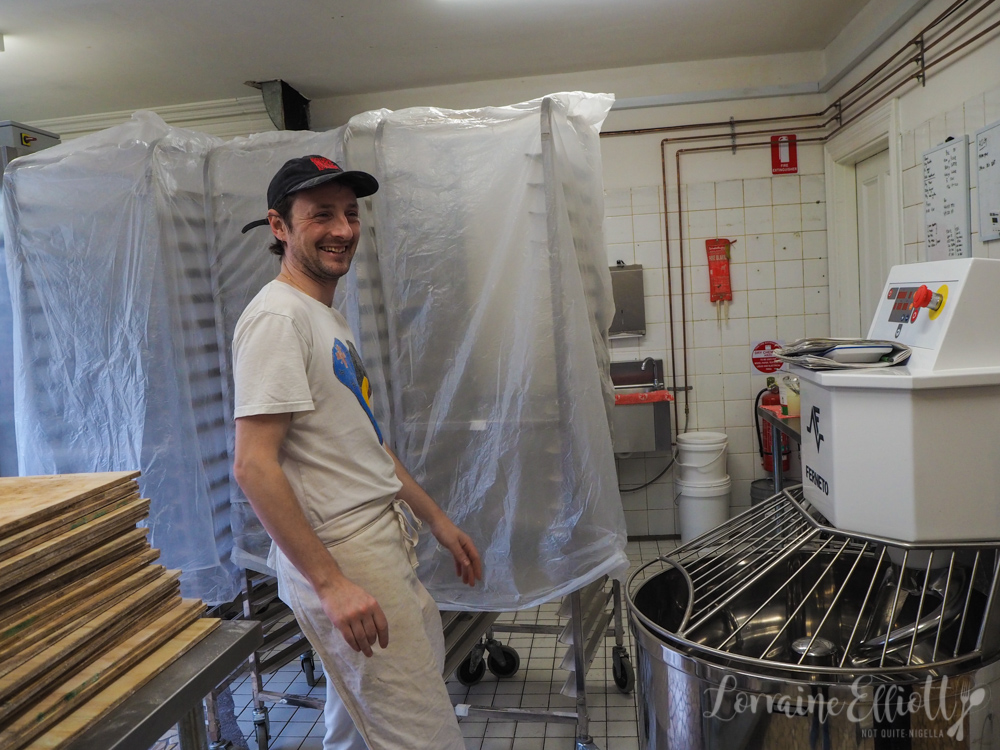 Fiore bread opened up mid 2022 in McMahons Point because they identified it as a suburb that was underserved for bakeries. It's the sort of bakery you'd expect to find in the Inner west or inner city. Their breads sell out early. Even our visit at the hour of 11am sees half of the breads sold out with only a few loaves remaining. Weekends are one of the best times to visit as their focaccia and bomboloni are available then. 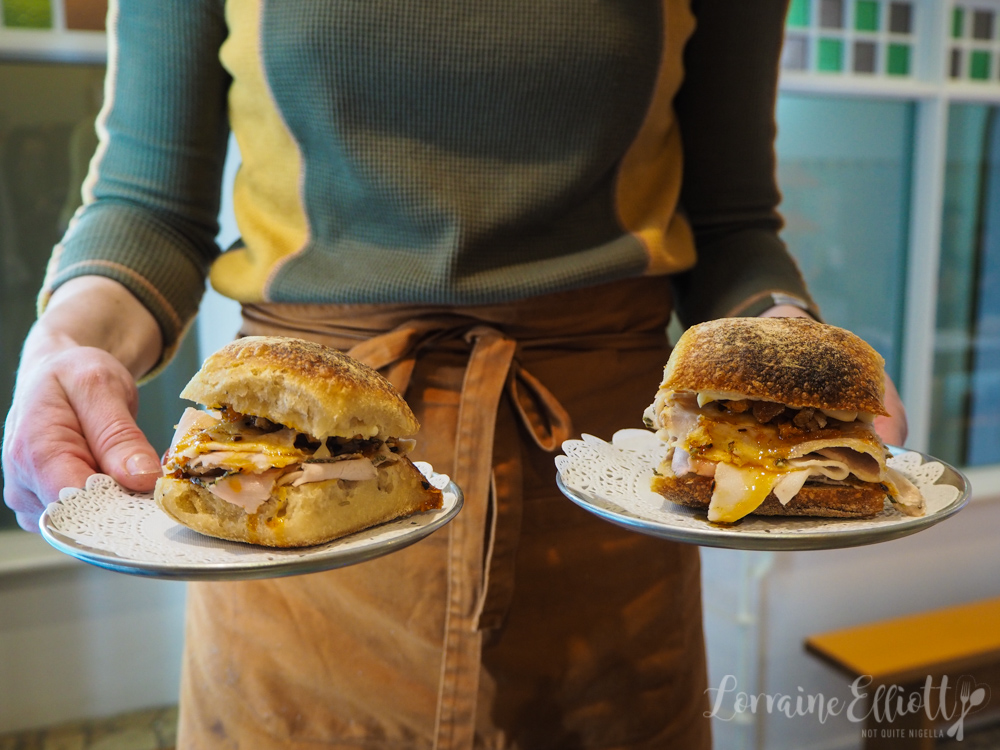 Alberto's partner Samantha Dean works in the front of house and she takes our order before we take a seat in the small outdoors section. Monica and I order two small porchetta sandwiches. 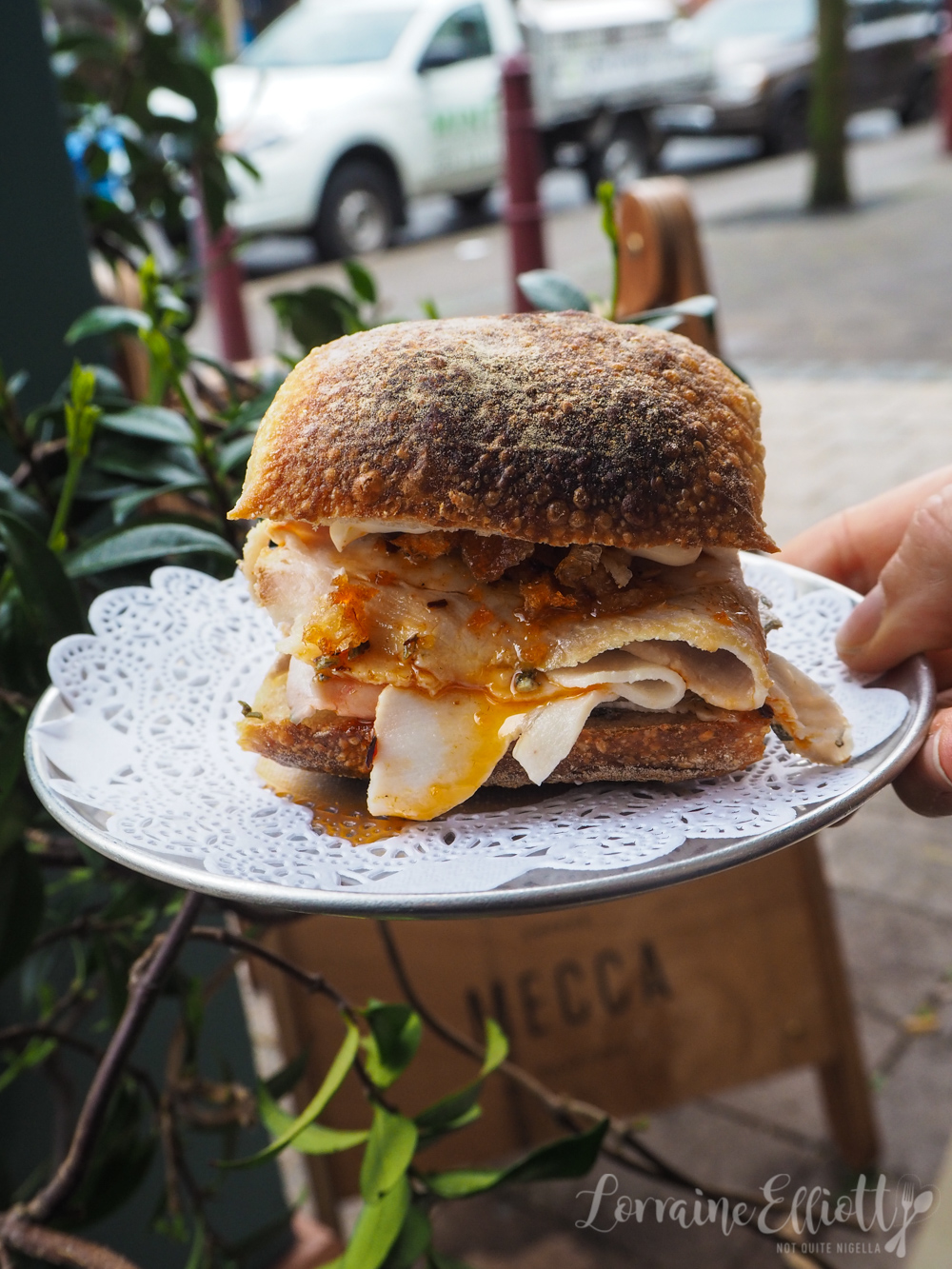 The small porchetta sandwich is slightly larger than a dinner roll filled with wonderful, herby porchetta sliced thin with wonderful tiny pieces of crunchy crackling that are like jewels in the sandwich. It's simple - just great porchetta, mayonnaise and chilli oil. In fact Monica's Lulu's chilli oil is stocked there and used on their porchetta sandwiches. When I am three quarters of the way through the sandwich I look sideways at Monica also enjoying her sandwich, "Should we split a large one?" I suggest and she nods. The large one is made on their focaccia, baked dark but with a soft, spongey texture and made with 30% stone ground whole grain flour. 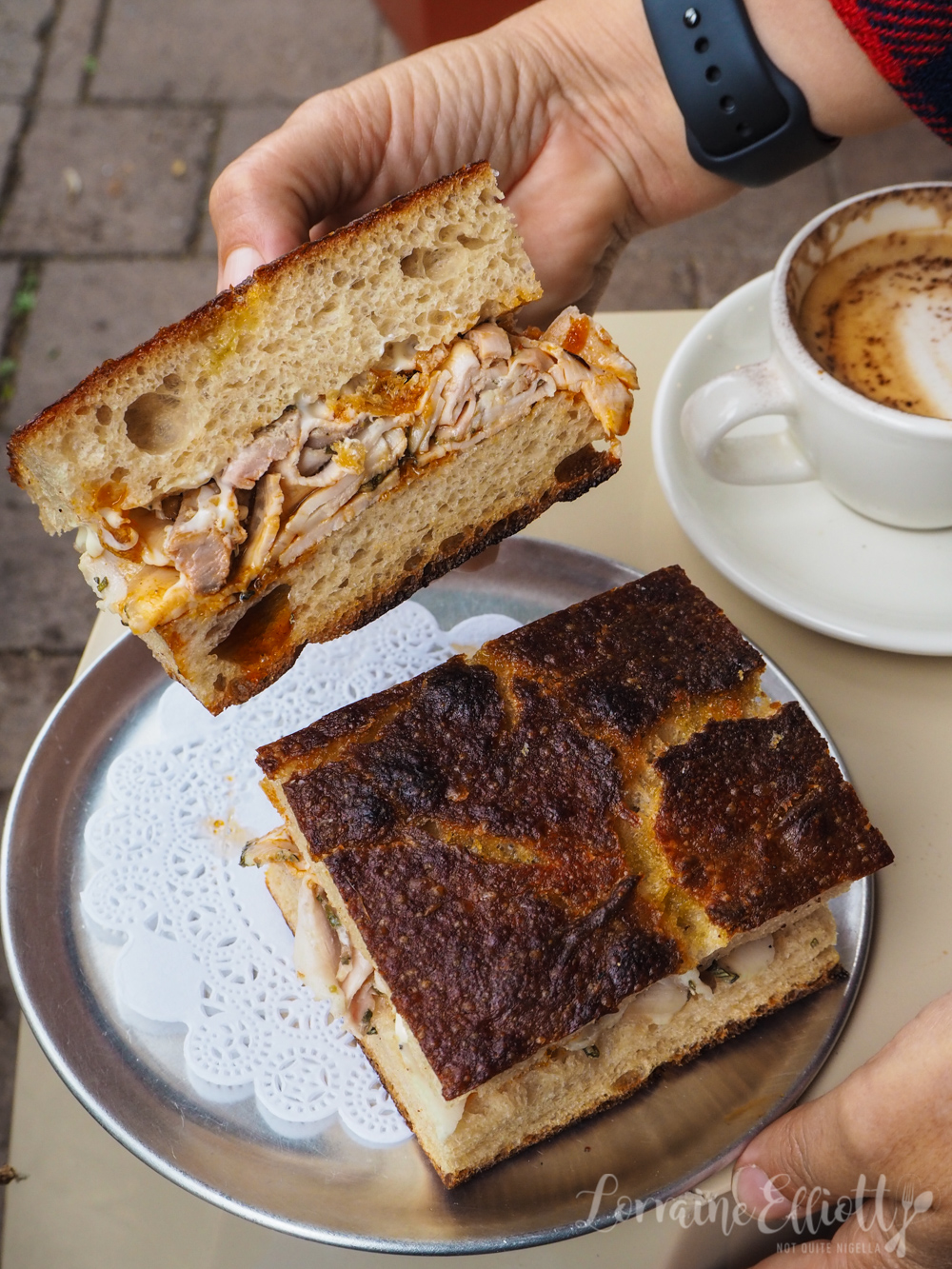 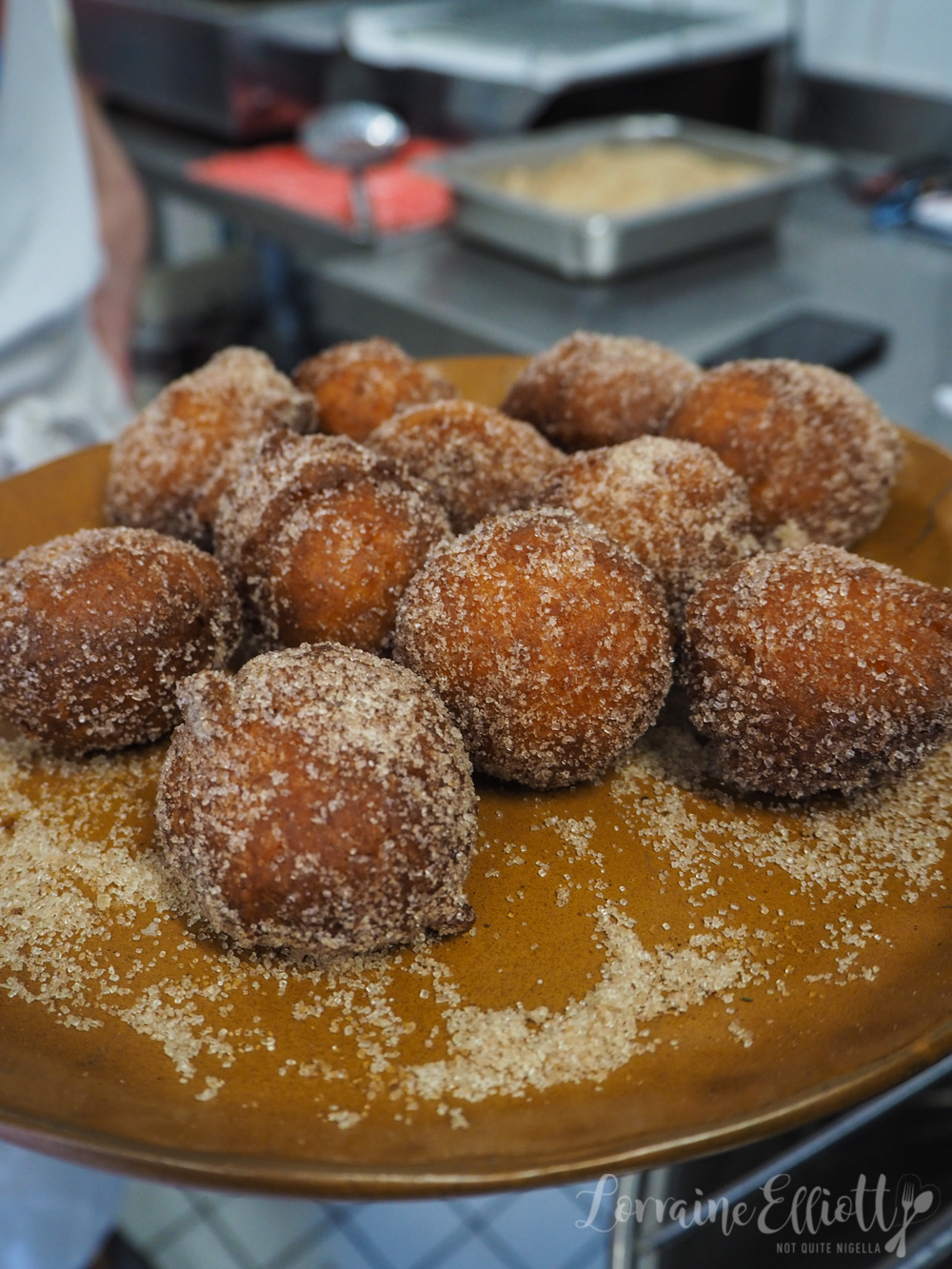 To finish we try one of the bombolini ricotta donuts rolled in cinnamon sugar. They're light as air and very addictive. In fact all I want is to buy a half dozen and eat them by myself.

So tell me Dear Reader, what sort of bread do you like? Do you go for white bread? Sourdough? Or do you prefer wholegrain varieties?