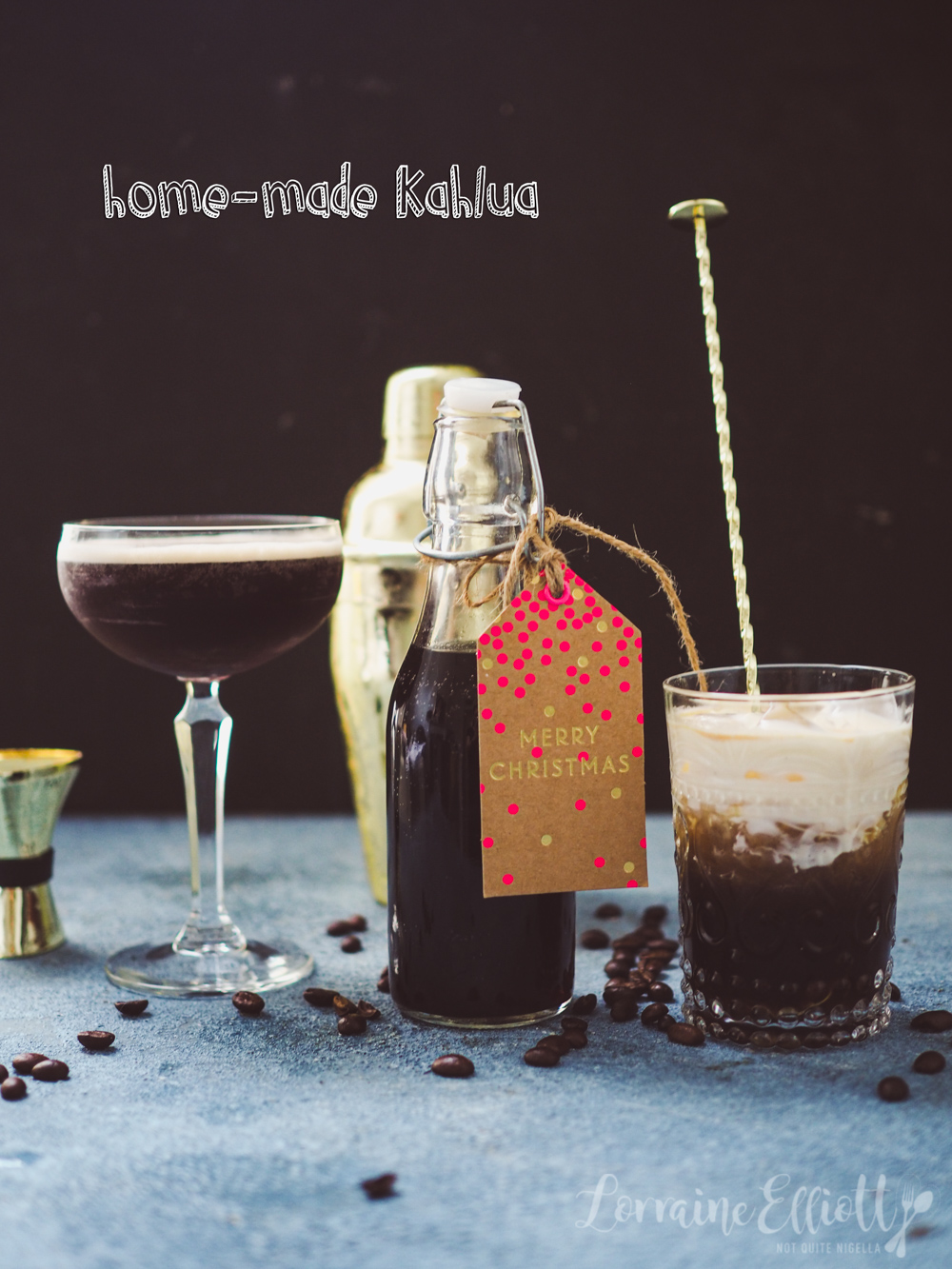 Making your own Kahlúa is an absolute cinch and tastes EXACTLY like the real thing! Homemade Kahlua needs only 4 ingredients and a bit of time and before long you'll be shaking up your very own espresso martinis and stirring home made White Russians! This is a pushy Christmas gift Dear Reader-you won't believe how much this tastes like the real thing!

Kahlúa is a coffee based liqueur that is made in Veracruz, Mexico that was first invented in 1936. Kahlua is used in making cocktails like the ever popular espresso martini. Every year I like making edible Christmas presents to give to friends and family and this year I'm making homemade Kahlua. Now a word of warning, Kahlua is very sweet so that's the bad news out of the way but when you use it in cocktails the sweetness balances the coffee and really works in cocktails that have a sweet element to them like White or Black Russians, Mudslides and B52s.

Why make your own Kahlua? Making your own Kahlua saves money as you use 1 cup of rum which isn't cheap but the remaining 3 cups are made up of freshly brewed coffee and brown sugar. You can also use decaffeinated coffee in your homemade Kahlua if you're sensitive to caffeine as Kahlua contains caffeine.

No fancy ingredients: I didn't even use a proper barista coffee, I just made a couple of cups of espresso in my Nespresso machine. Bottled Kahlua now only has 16% alcohol so this recipe is a bit closer to the original at between 20-26% alcohol.

Try your hand at making these other Home-made Liqueurs! There's Home-made Limoncello, Coquito (like eggnog but BETTER!) and Home-made Baileys Irish Cream. 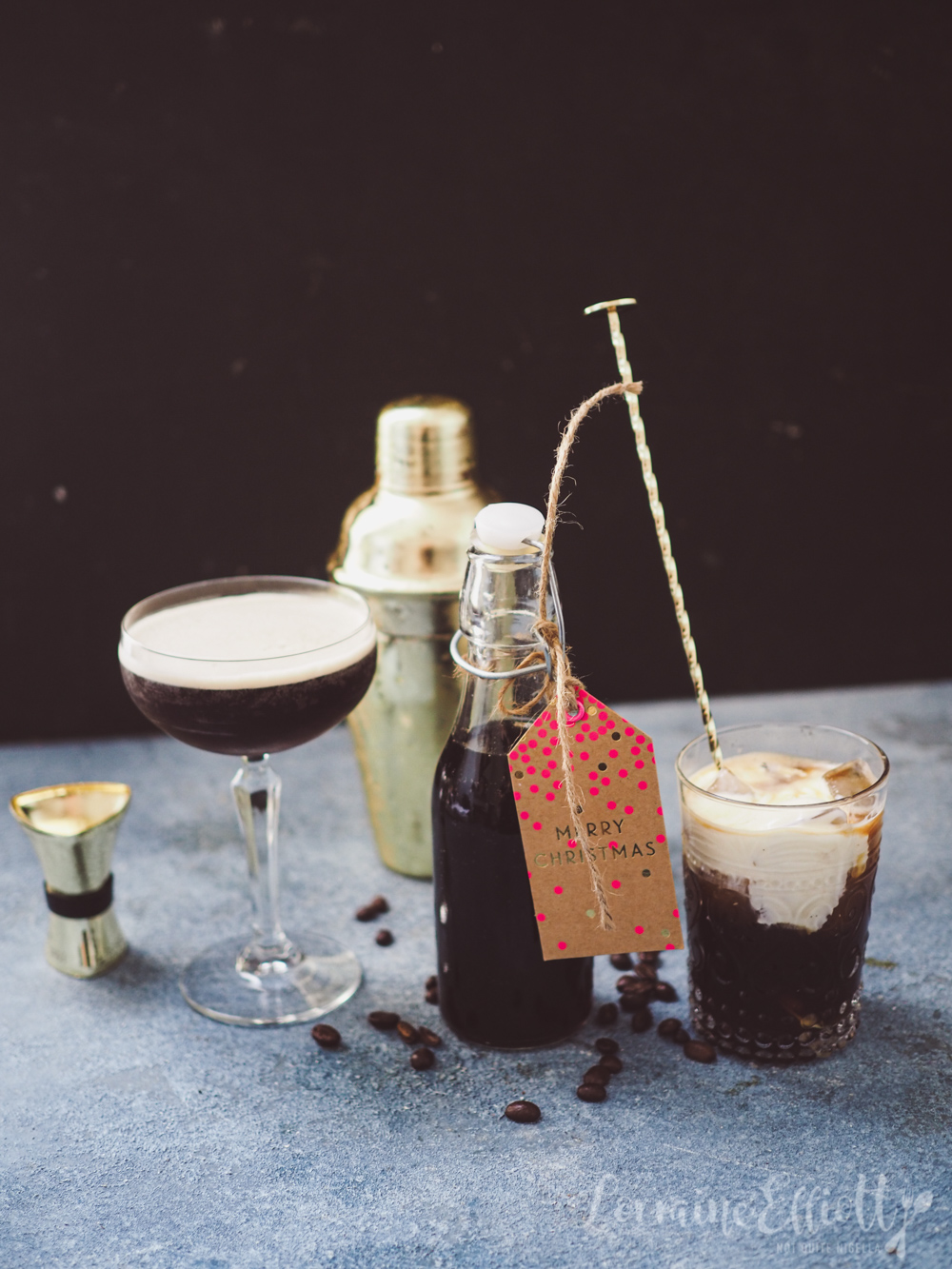 I always used to think making your own liqueurs were difficult or mysterious until I started experimenting and realised how easy they are! And they're so much cheaper and better when you make them at home because you know what is in them. Speaking of mysteries, there was one that I was recently unable to solve. When we were in Hawaii recently I took along one of my favourite dresses. It was a pink linen dress that was so comfortable and easy to wear. It was a bit bulky because the linen was quite stiff but I adored it so much.

My favourite dress the last time I wore it :(

We actually stayed at 4 different hotels while we were there and from the second to the third hotel I lost my pink dress. I have no idea where it went. I usually don't lose anything because I do several really good sweeps on the hotel rooms before I check out and Mr NQN also did a sweep of all of the cupboards and room too. Did house keeping take it when they serviced the room? Also why would they take it? I had nicer dresses with me. When I contacted lost property there was nothing and I called them several times begging them to have a closer look sending them a picture of the dress but there was nothing. We were completely lost for an explanation. We call it the mystery of the pink dress!

So tell me Dear Reader, do you like Kahlua? Do you ever make your own liqueurs? And do you often lose items when you travel? 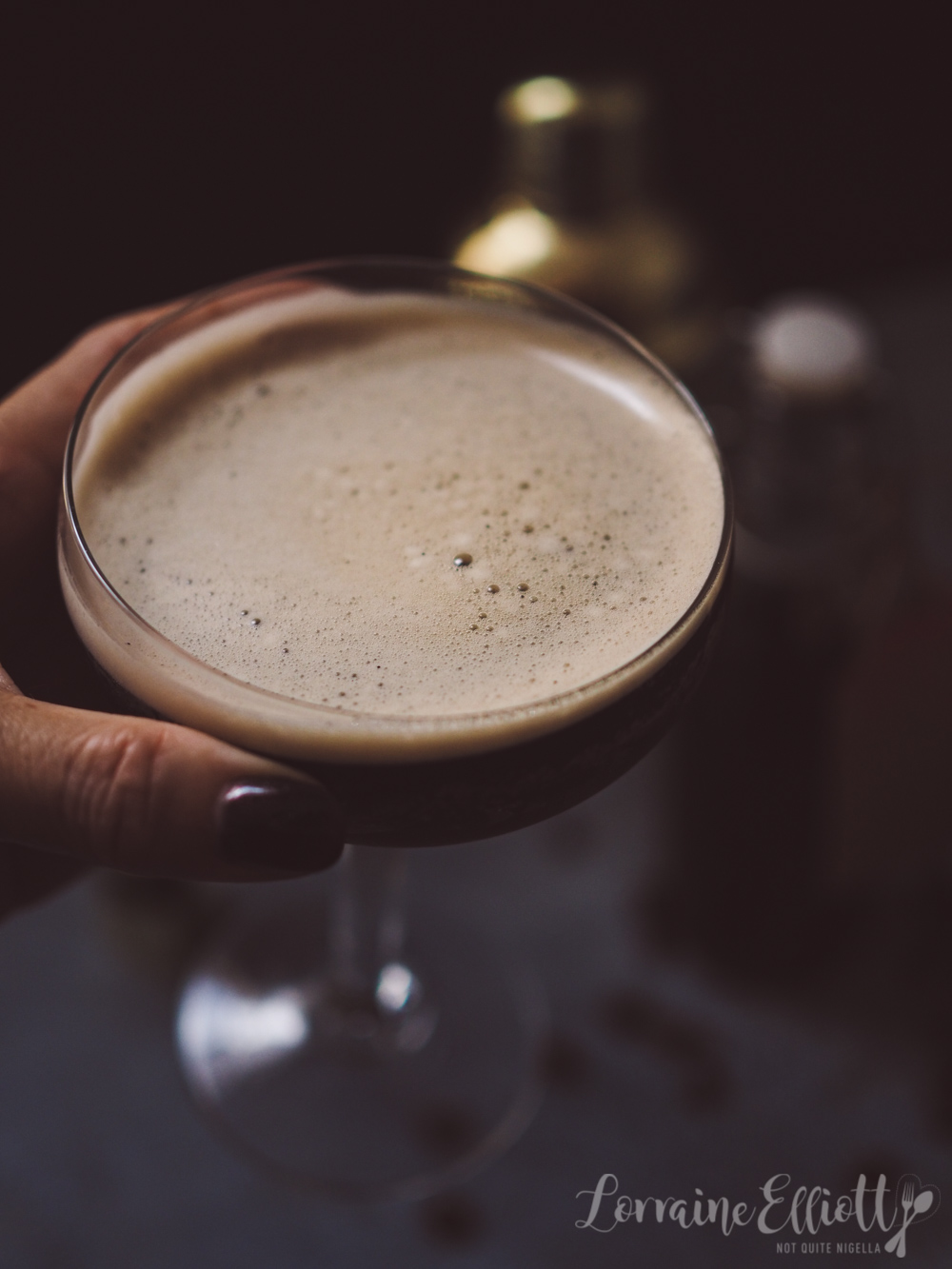 Step 1 - Whisk the coffee and brown sugar together in a large jug. Add the rum and vanilla bean and stir. Cover and allow to steep for 1 week.

Note: If you try it straight away it won't taste great (it tastes like artificial sweetener to me) but the flavours settle after a week. 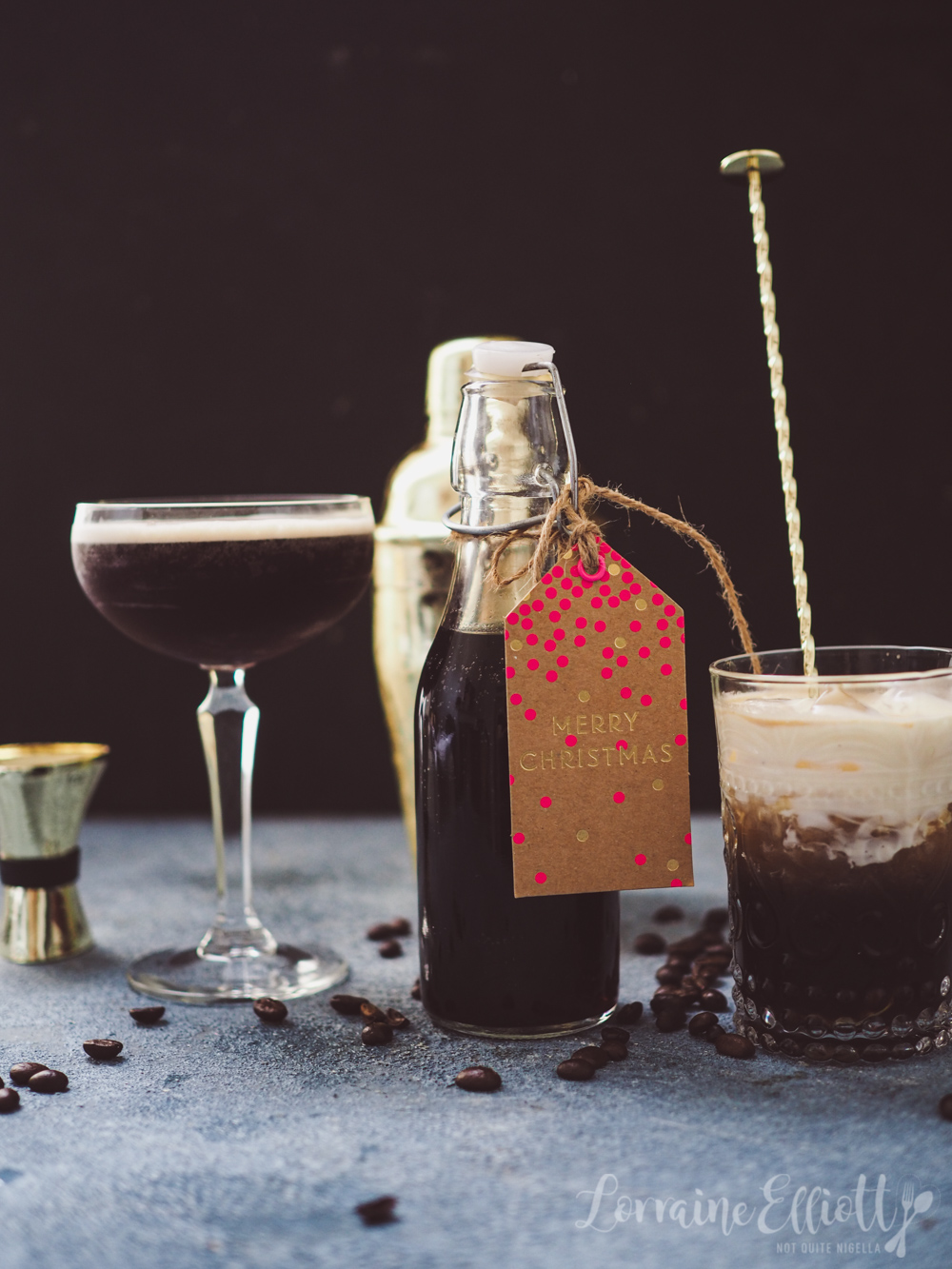