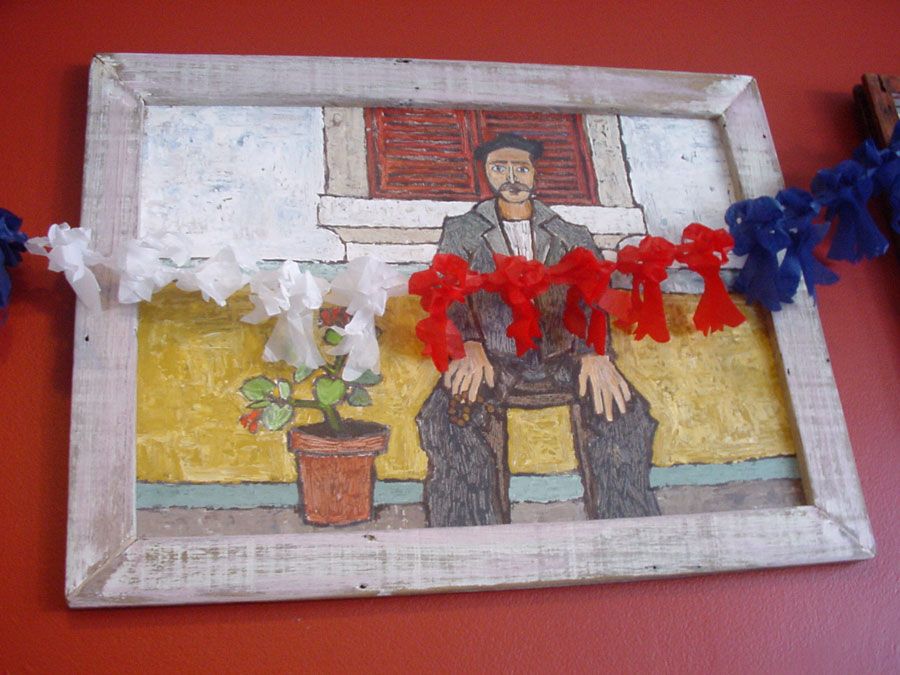 Next door to a funeral parlour lies one of Sydney's best kept secrets. Doing a relentlessly constant trade, La Paula specialises in Empanadas, Steak Sandwiches South American style and plenty of thick caramel laden sweets in all shapes and forms ensconced under a gladwrapped cover. The signage is subtle, you could drive past there every day and never even notice it, in fact I only know of it as a Chilean friend of mine from university would wax lyrical about the heady caramel goodness of the sweets so we feel its only fair to revisit it several years later. And as we're there around lunchtime, partake in the empanadas. 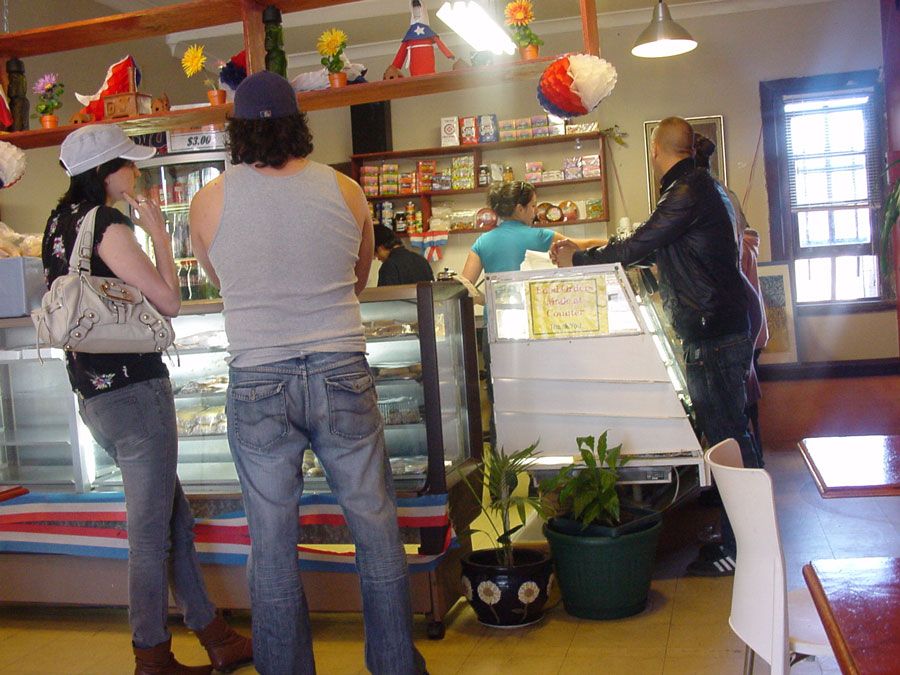 A quick glance at the well worn single menu lying on the front counter and we are pleasantly surprised, it looks like prices haven't changed in a long time with steak sandwiches and hot dogs starting at $4.50 and empanadas all $3 (beef, chicken and spinach & cheese). As beef is the traditional filling, we order one of these as well as a spinach & cheese, one of my favourite fillings. We sit at the warmly stained and varnished wooden tables and look around at the decorations, it has certainly improved since my visit several years ago and there are some charming touches on the walls. 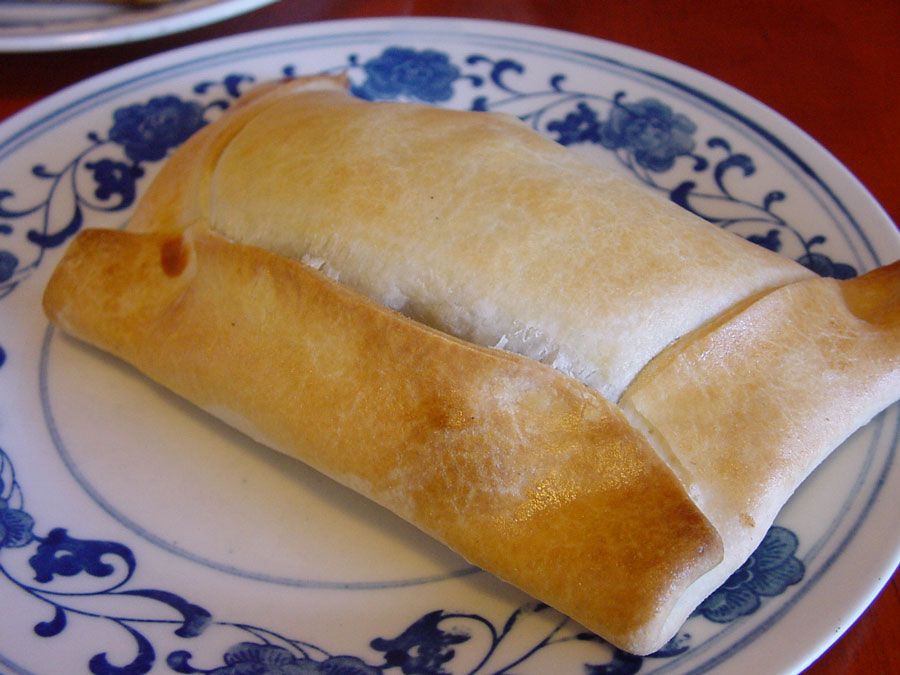 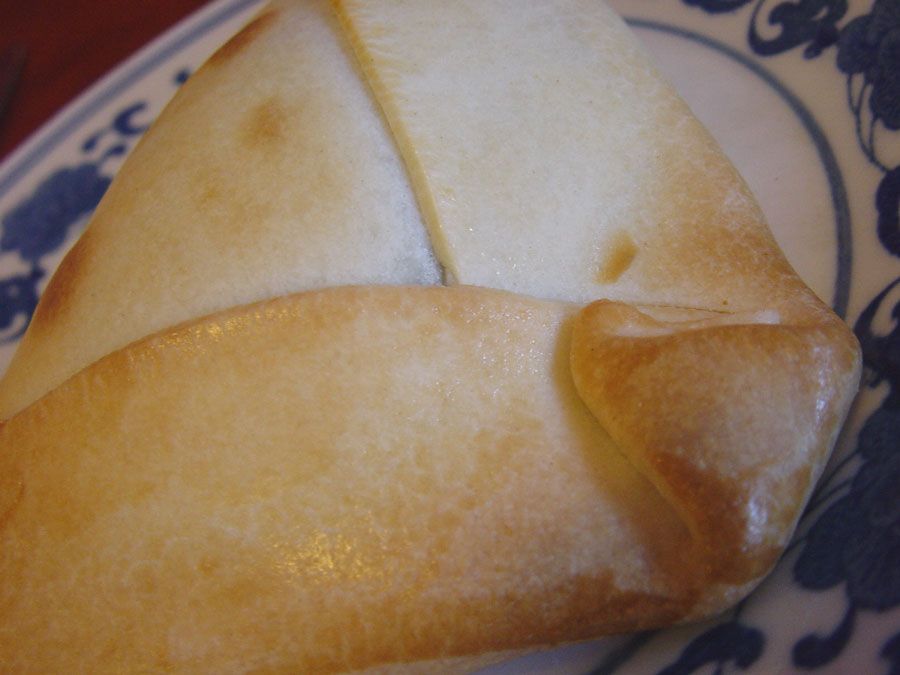 10 minutes later our warm empanadas arrive and I cut into each of them.The rectangular parcel houses the beef and onion filling with a single whole black olive in the centre. The triangular parcel being the spinach & cheese version, is soft and slowly starts to ooze out of the pastry when cut. 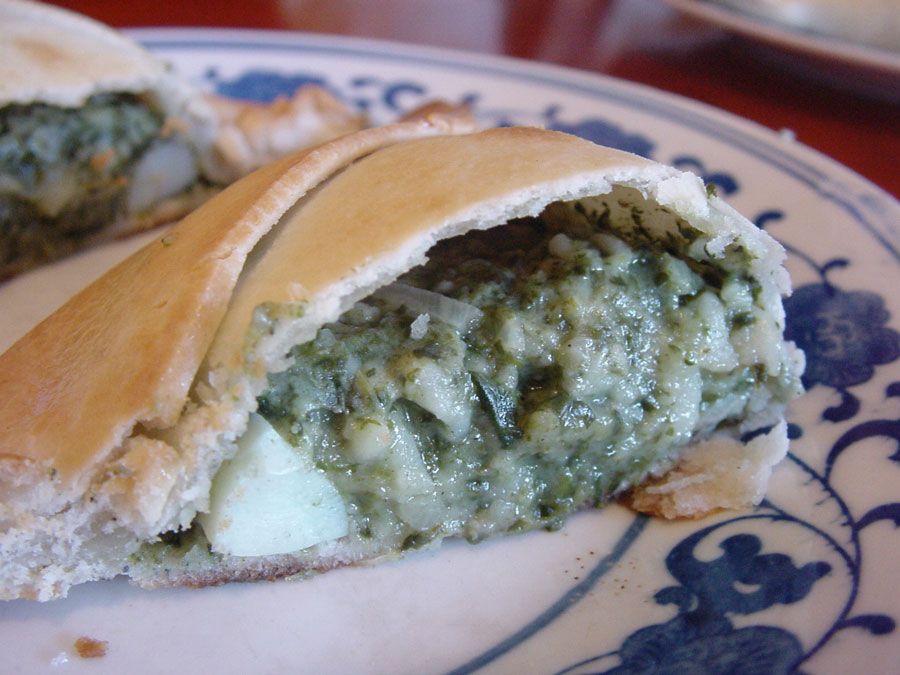 A bite into the spinach & cheese empanada reveals a gloriously soft and creamy spinach & cheese filling, subtle and moreish. Where there is a foldover of pastry, it doesn't quite stand up to it due to its mildness but where the pastry is a single layer it counters it beautifully. 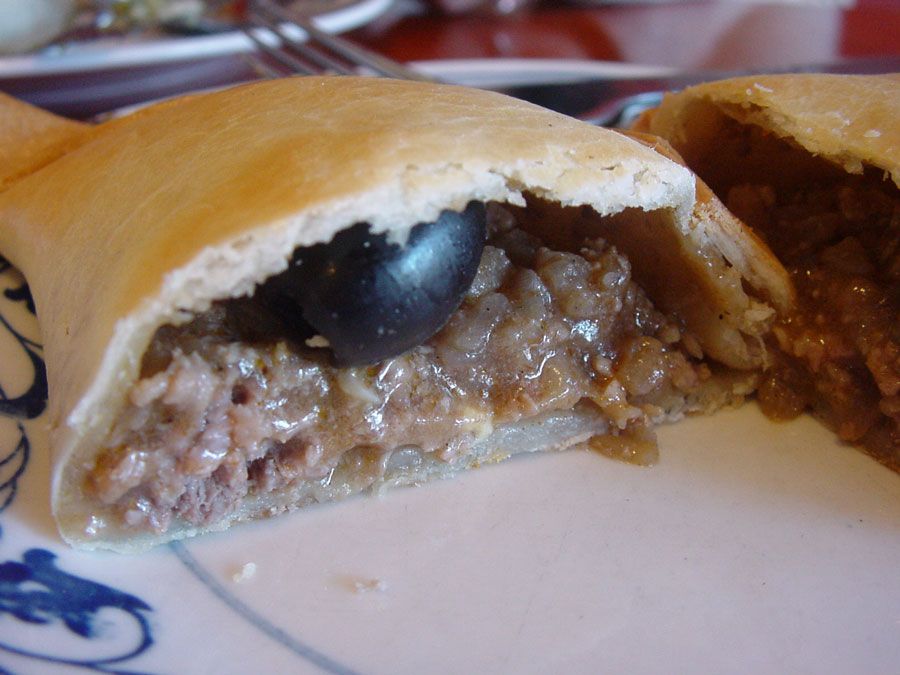 A bite into the beef and onion empanada reveals a meat pie type filling with a slight curry powder hint to give it an extra spiciness and taste dimension. Its robust enough to stand up to the thin but firm pastry, even when double layered and is perfectly seasoned and stomach warming. Like a good meat pie with a twist but much more portable and easier to eat! 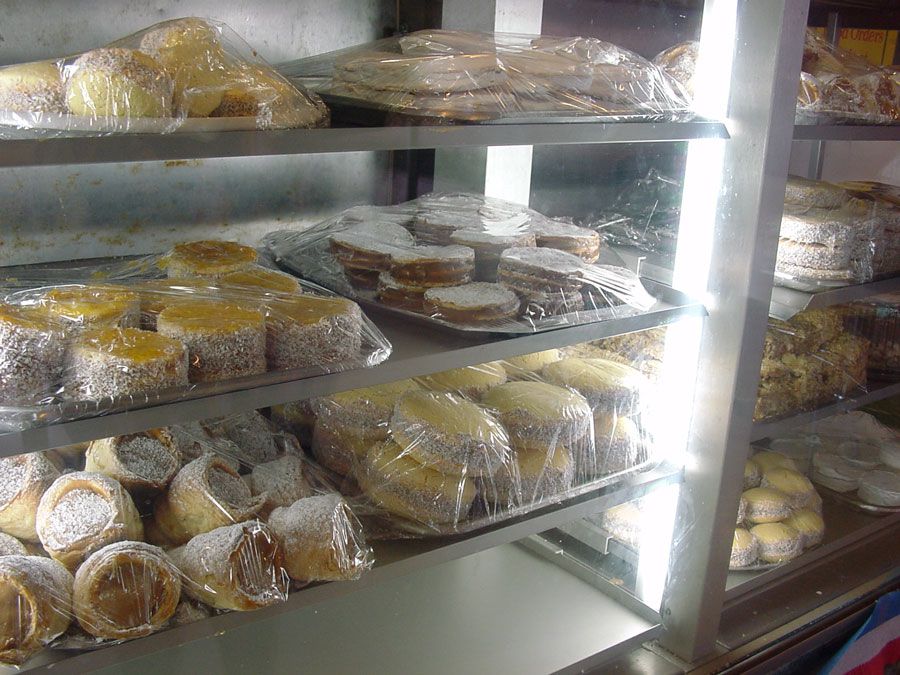 Savoury appetites sated, we move onto some of their sweets. A quick inquiry into the prices shows that the sweetened buns in one counter (the Facturas) are all 50c. Did I hear correctly, only 50c? Yes 50c. You can argue with logic like that so we order 2 custard topped buns, a caramel filled flaky mini pastry log and a chocolate drizzled bun. The Berlin, a large round sphere much like a donut, sliced diagonally and re-wedged together with a thick slab of caramel is a steal at $1. The other counter displays fancier biscuits and cakes including the Alfajor's (which are literally biscuits stuffed or filled). We order a caramel filled pastry horn $1.80, a squat Alfajor dusted with icing sugar $1.80 and a taller Alfajor glazed yellow on top with coconut surrounding the sides $1.80. The total damage with our army of pastries and our lunch of empanadas? $14.40! 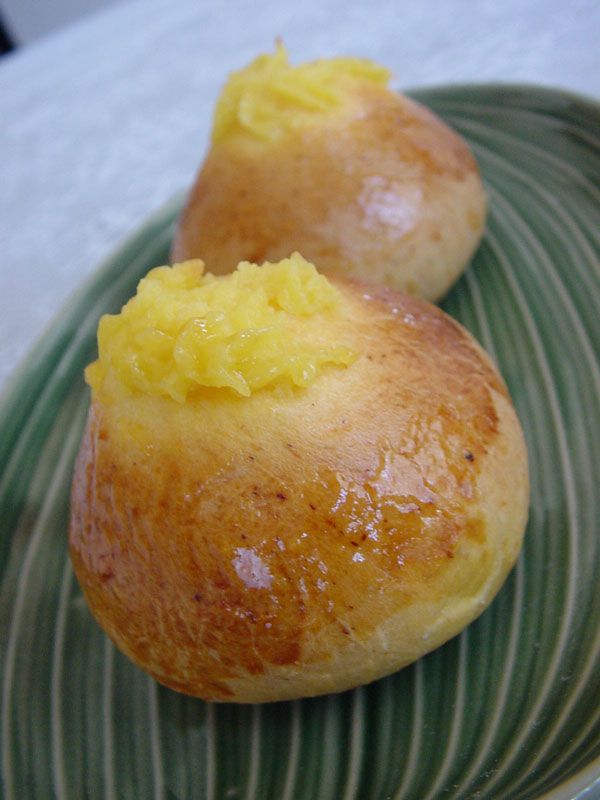 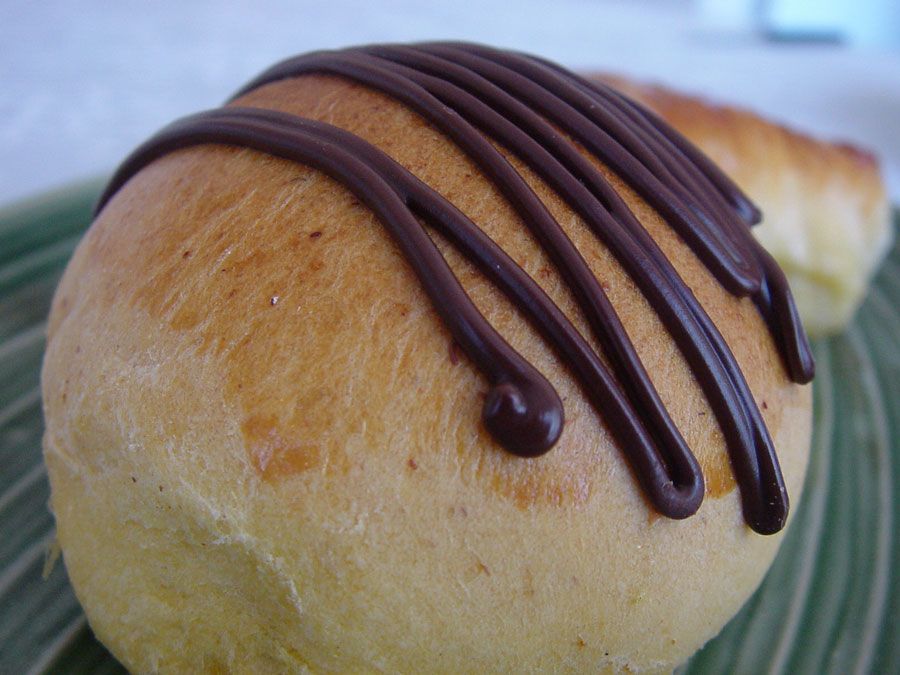 A tasting of these later reveals the custard and chocolate drizzled factura buns are sweet, dense and filling. There's isn't any filling inside so these would be good with coffee or for breakfast spread with perhaps some Dulce de leche, jam or nut butter. 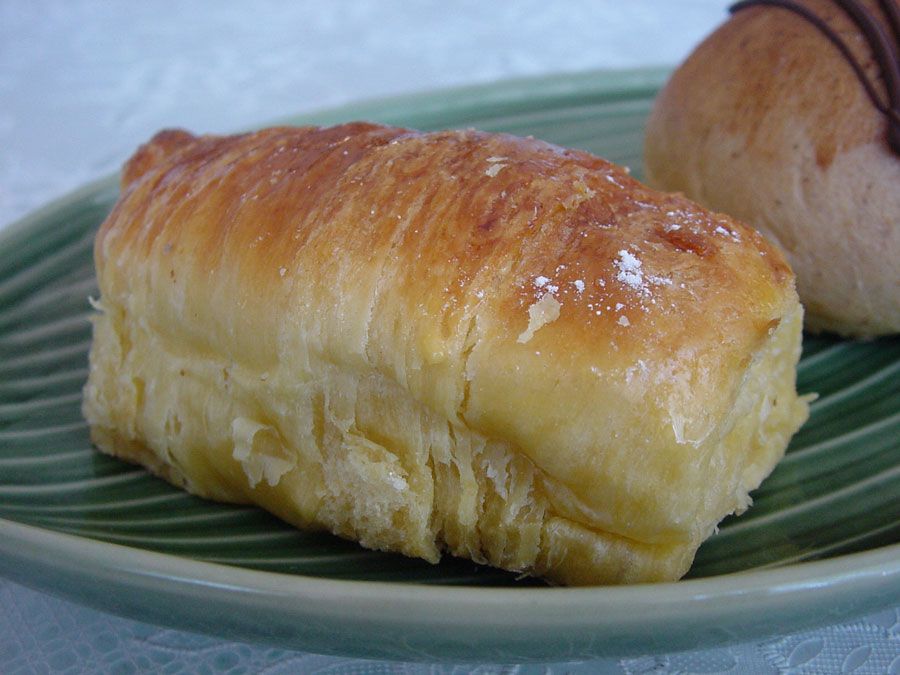 The mini pastry log reveals a sweet caramel centre and the pastry outside is delicious and flakey, very much like a caramel filled croissant. Its gone within a few bites. 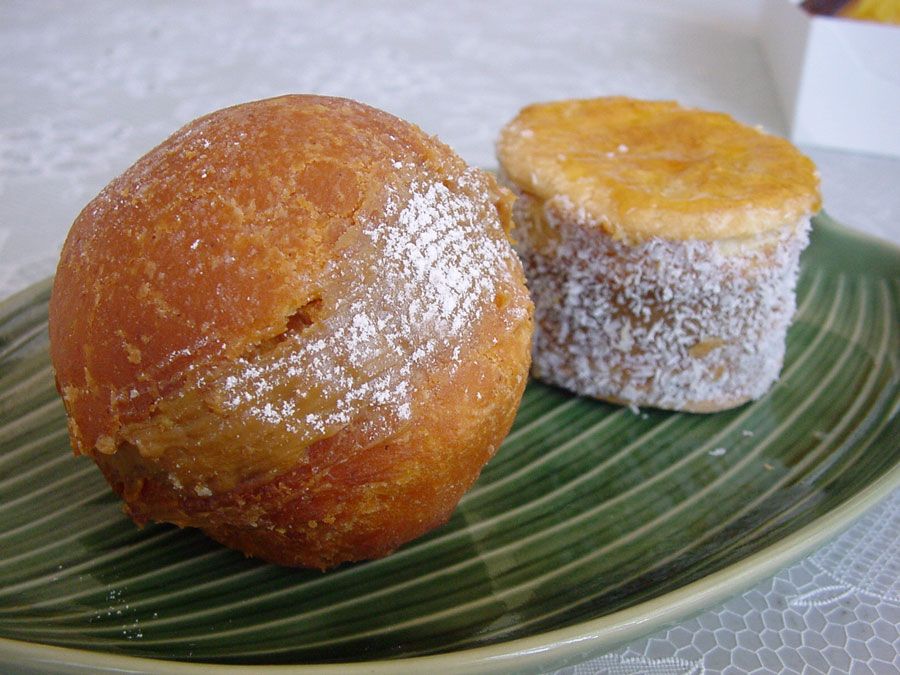 The whole group's favourite would have to be the Berlin, its a deep fried sphere which is crispy and melt in the mouth, the caramel giving the deep fried texture that decadent dimension of sweetness. Sugar and oil, mmmmmm. Homer Simpson would undoubtedly approve. 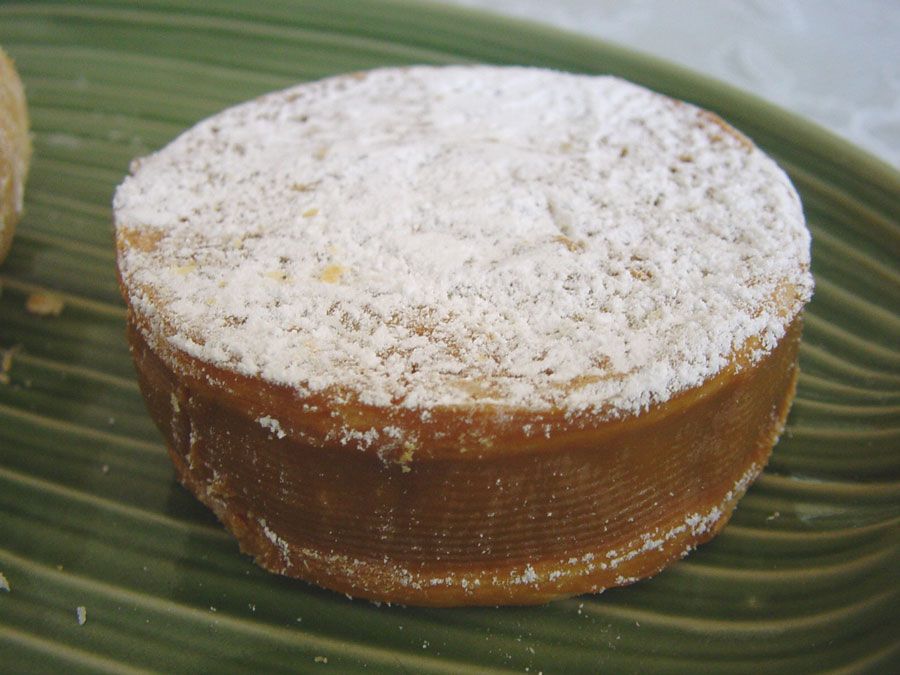 The Alfajor's are next, the flatter of the two having a thick amount of caramel wedging the two biscuits together. Its very sweet and I can't help thinking that these would be great with coffee but I don't think I could eat a whole one as it is very sweet. 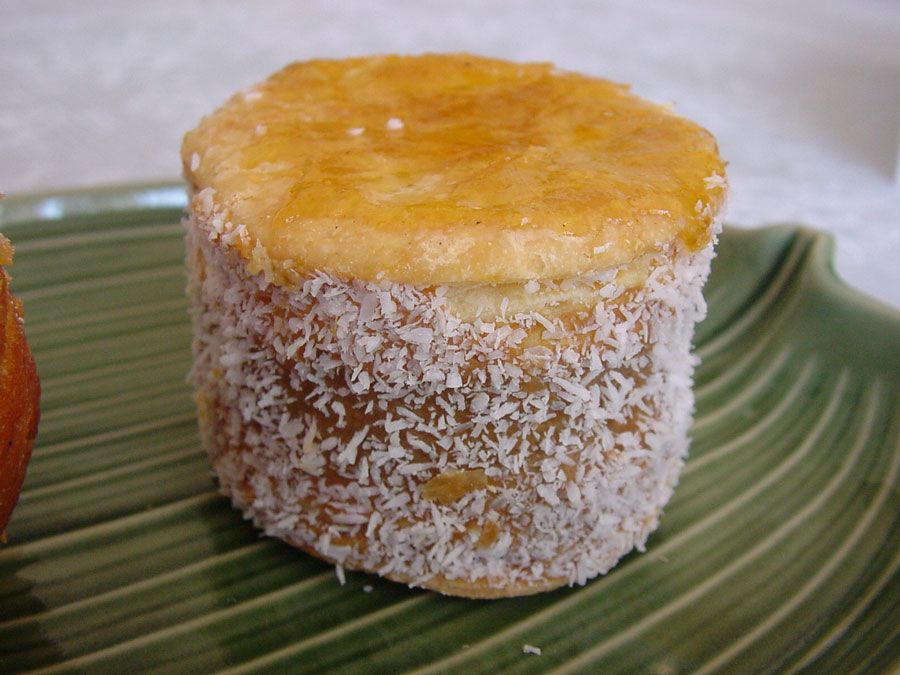 The taller Alfajor is actually not biscuit inside but made up of 2 rather tall discs of puff pastry with a thin layer of caramel. The high amount of puff pastry versus thin caramel means that it is very dry, although it is the most aesthetically pleasing, it is the least favourite due to its dryness. 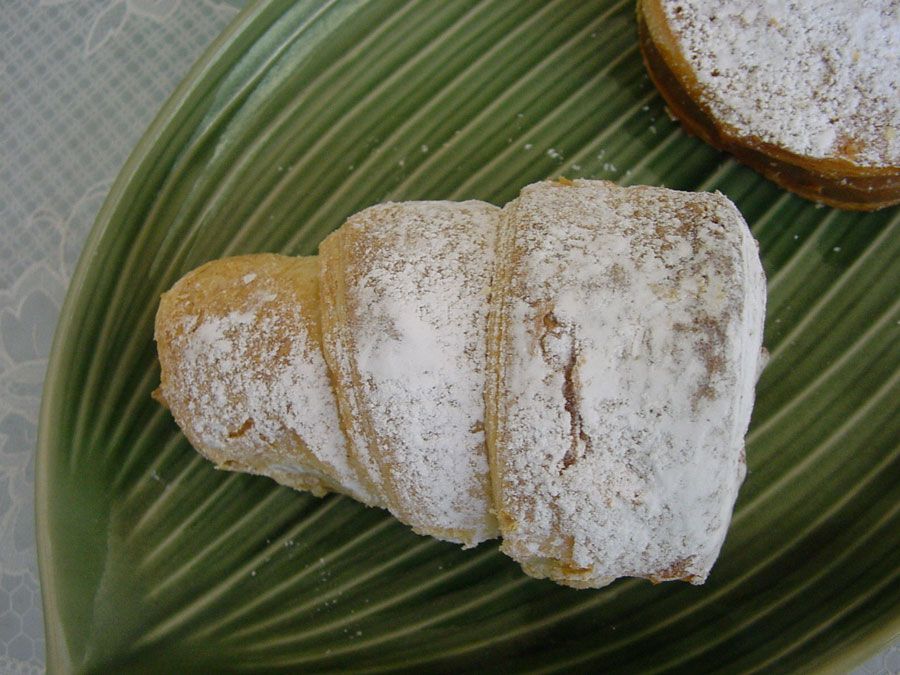 Lastly, we try the caramel horn, we're rather caramelled out but we persevere and this has a good ratio of caramel to puff pastry and its great with coffee.

I know I will be having caramel dreams all night long. Caramel sweet caramel..... 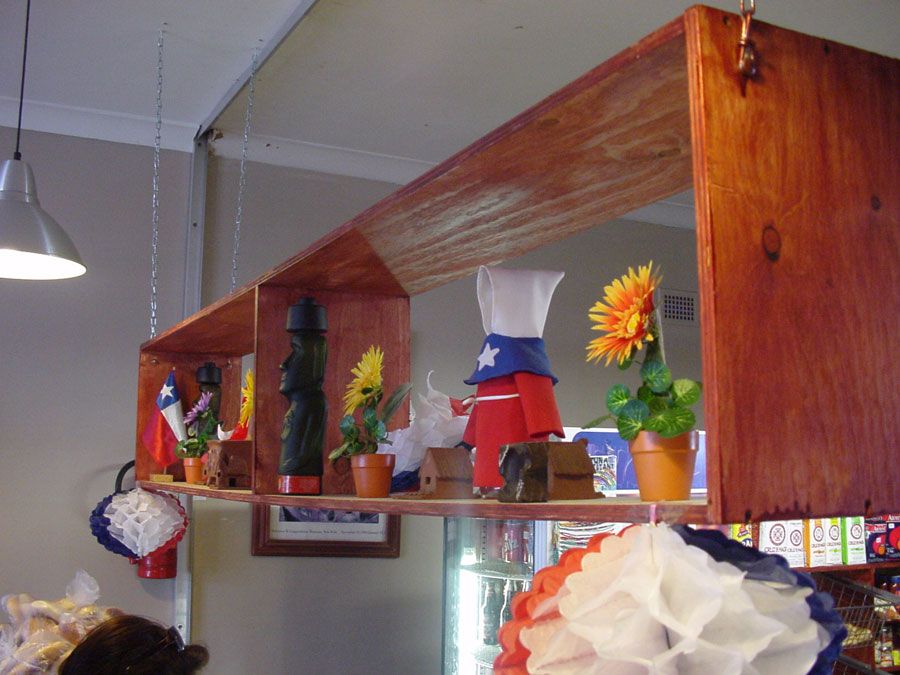 There is also a shop in Fairfield