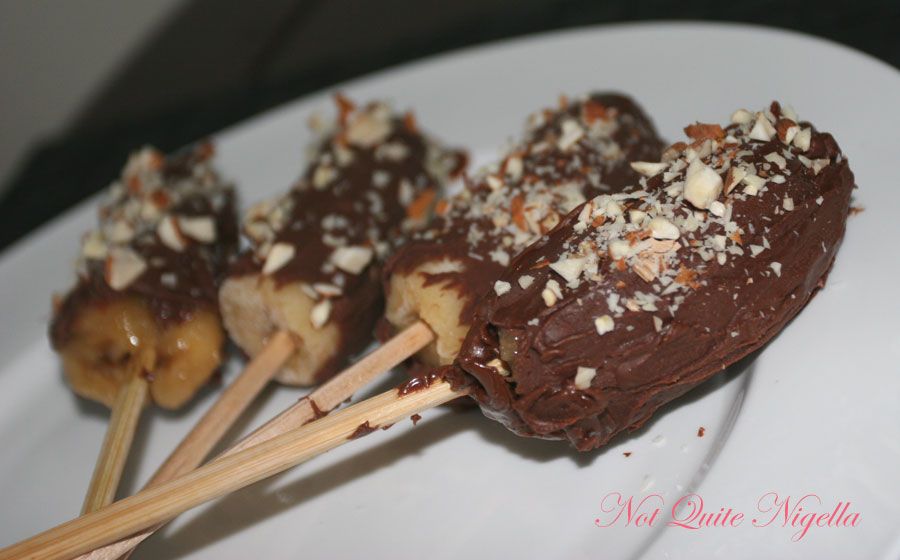 OK I know, there seems to be a banana theme running through my blog of late. In something of a war-time like reaction, when I saw bananas at 99c a kilo I overbought tremendously purchasing 4kgs. Having made several banana smoothies and Elvis Presley Peanut Butter and banana sandwiches (there are only so many of these that my husband will eat), I found myself with still plenty left so aside from banana bread and cupcakes, I needed to branch out and find some more banana recipes.

I stuck a whole lot of them in the freezer to use in later baking ventures but as its a hot day today in Sydney I kept thinking of one of my favourite, and now defunct shows, Arrested Development where the Bluth family had a frozen banana stand. I do recall frozen bananas on a stick and a lot of melted chocolate and nuts involved. So with no further ado, I give you a very simple Frozen Banana recipe, apparently given in George Michael's biography (which has since disappeared from the Fox website).

I promise you, although these aren't the most photogenic of treats, verging on downright ugly, it will be loved even by the fruit phobic, especially fans of Magnum Almond ice creams! 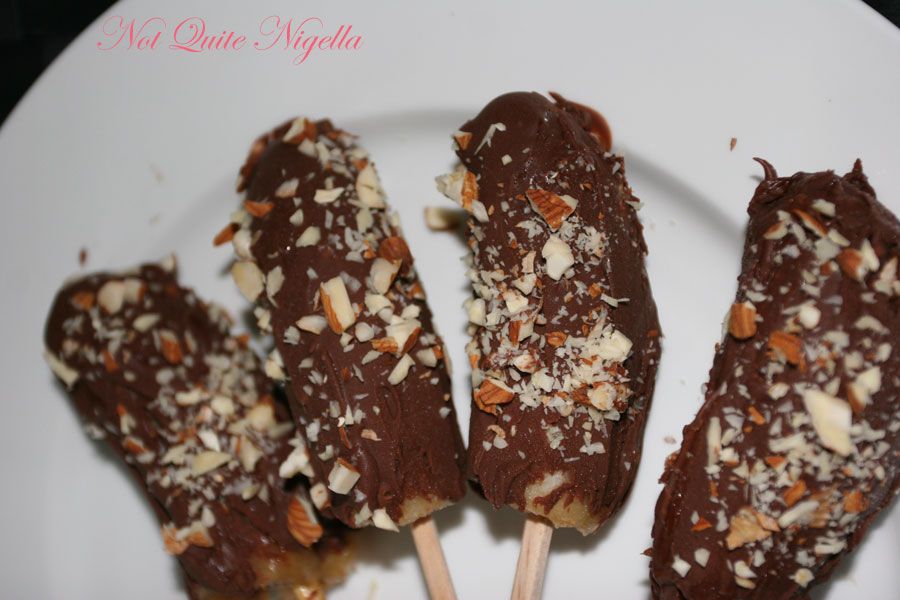 Step 1 - Peel bananas, cut in half, put a chopstick or popsicle stick through the banana, and freeze them.

Step 2 - The next day, or at least a few hours later, melt some chocolate in a bowl (I used a 50/50 mix of Lindt milk and dark chocolate), and cut up some nuts (I used almonds).

Step 3 - Take frozen banana out and smear melted chocolate on the banana with a knife (dipping the banana in the bowl of chocolate, whilst its fun and makes you feel like a pro, will cause the rest of the chocolate in the bowl to harden so avoid doing this) and sprinkle nuts on it (do this quickly as the chocolate will harden very quickly).

Step 4 - Wait just a minute or two for the chocolate to firm up again and enjoy. 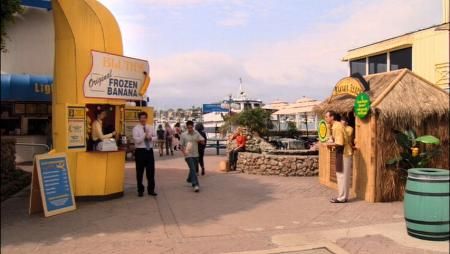 P.S. For fans of the show, according to the Bluth sign, frozen bananas can be purchased in three sizes: small ($1.65), medium ($1.85), or large ($2.50) and the Flavors available were: Original Frozen Banana, On the Go-go Banana, Double-dipped, Giddy-girly, George Daddy, and Simple Simon.