I don't know if having an American style barbecue on the Australia Day weekend is somewhat perverse or likely to get your Australian citizenship annulled. My husband and I along with our friends, Gina, Hot Dog, Teena and Phillippe do World Theme Nights on occasion and, Your Honour, when planning our American theme night, it just happened to coincide with the Australia Day weekend. Our World Theme Nights involve cooking the chosen nation's food, dressing in the clothing, speaking with the appropriate accents and listening to the music. 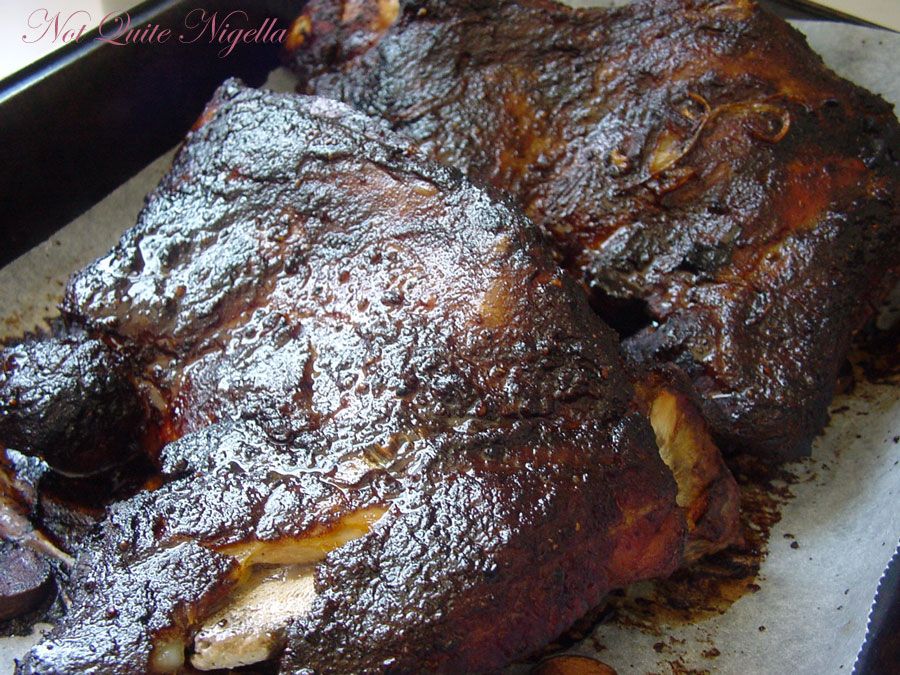 Since Gina is Canadian, which is near enough to America, she told us about her nephew, Matthew Fabian who lives in Milton, Canada. Prior to this he lived in Burlington and every year many cities in Canada enjoy a Ribfest competition where restaurants in the area have a stall in the park with their rib recipe for all to try and they compete for title of 'best ribs' as voted by the critics and public. Matt did not officially compete as he is not a restaurant, but as the story goes, a large group who went to Burlington's Ribfest, then to Matt's place, (unofficially) nominated his recipes as the best tasting on the day. He has kindly given me, via her, the recipe for these babies and I was more than happy to try the recipe out. The instructions are his word for word as I thought the fact that he wasn't sure if we had Bourbon in Australia was funny and how he specifically mentioned using a new and not used paintbrush was truly hilarious. 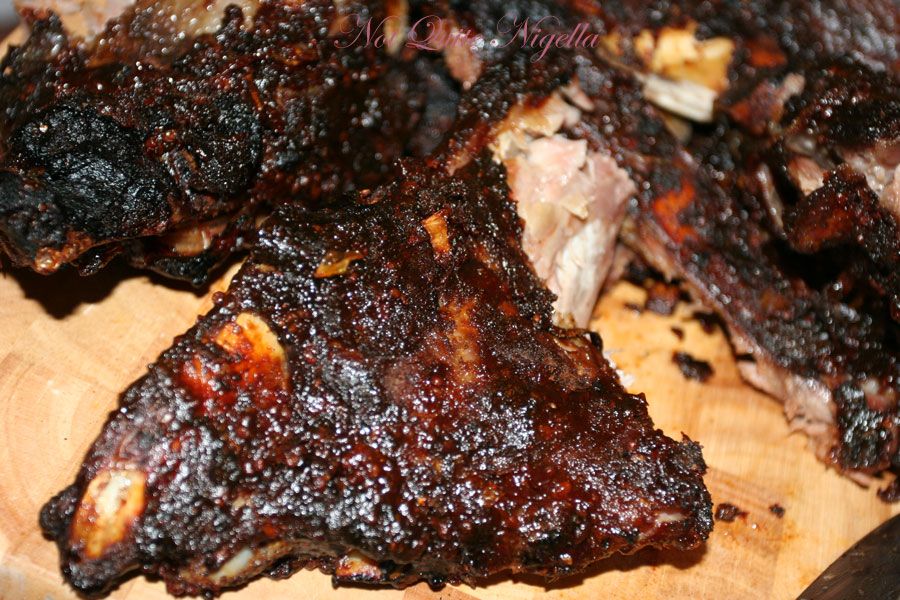 If it does seem like a bit more work than your usual ribs, I think you could probably use a very good bought BBQ sauce instead of making your own but as I am literally a trouble maker, as in someone who prefers to make things more complicated, I made the BBQ sauce. Instead of using baby back ribs, I use regular pork ribs that my parents have found a reliable supplier of as they're juicier and meatier. The heady smell of the dry rub will have you salivating and they're worth the extra effort and the home made sauce is gorgeously tangy, much nicer than any bottled sauce you could buy although it seems to become a little milder once bottled and refrigerated. Dare I mess with perfection and suggest a drop or two of Tabasco? The ribs themselves are fantastically good, soft and incredibly flavoursome with the heady mixture of the dry rub and BBQ sauce permeating each bite. They aren't what you'd call photogenic, looking almost burnt but glisteningly so, because of the dark dry rub and BBQ sauce basting. 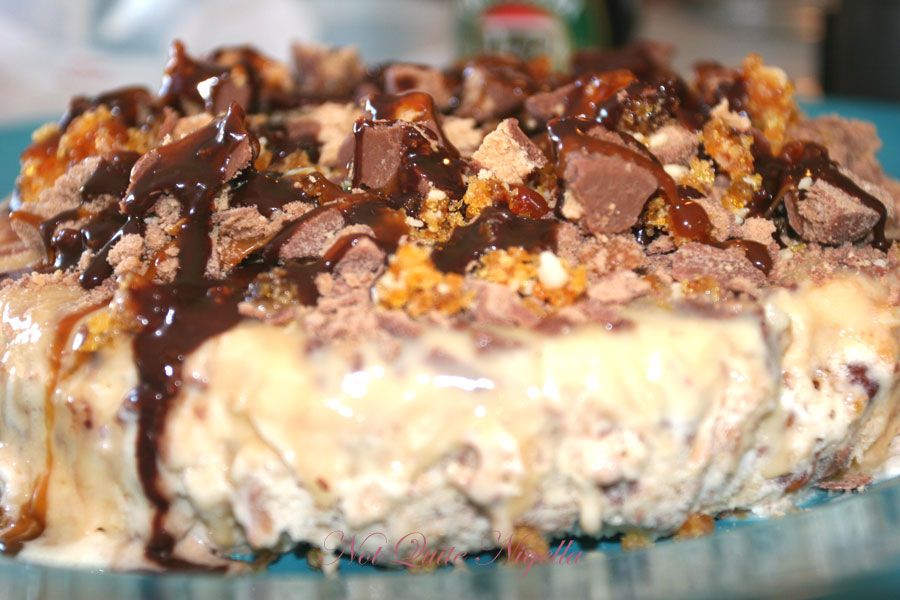 As for my dessert contribution, Ice Cream Cake, is from Nigella Express. Peanut butter and chocolate are undoubtedly an American combination and it seemed fitting to give this to Gina as her slightly belated birthday cake, on this allegiance muddled American themed Australia Day as she is often mistaken for an American but she is in fact an Australian citizen now but formerly a Canadian citizen! 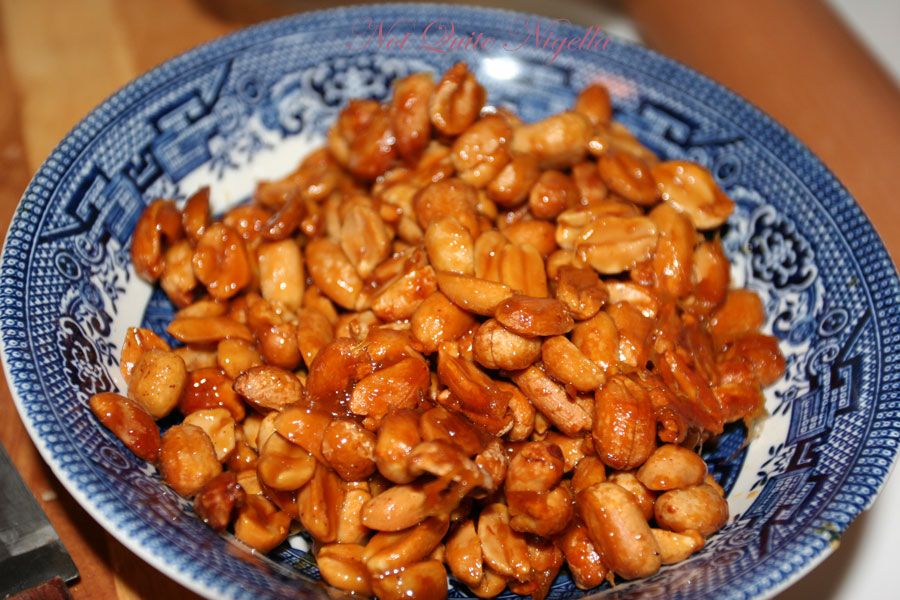 I roasted my own peanuts as I couldn't find any honey roasted peanuts at the supermarket and made a slightly different mix as I didn't have the Bourbon creams or Nestle milk chocolate and peanut butter chips. Instead of the Bourbon creams I used a mixture of Arnotts Caramel Crowns bludgeoned to death with a rolling pin and instead of the chocolate chips I used a combination made up mostly of Reese's Peanut butter cups with some Cookie Dough Kit Kat (cookie dough is definitely an American thing) and milk chocolate chips and macadamia praline. 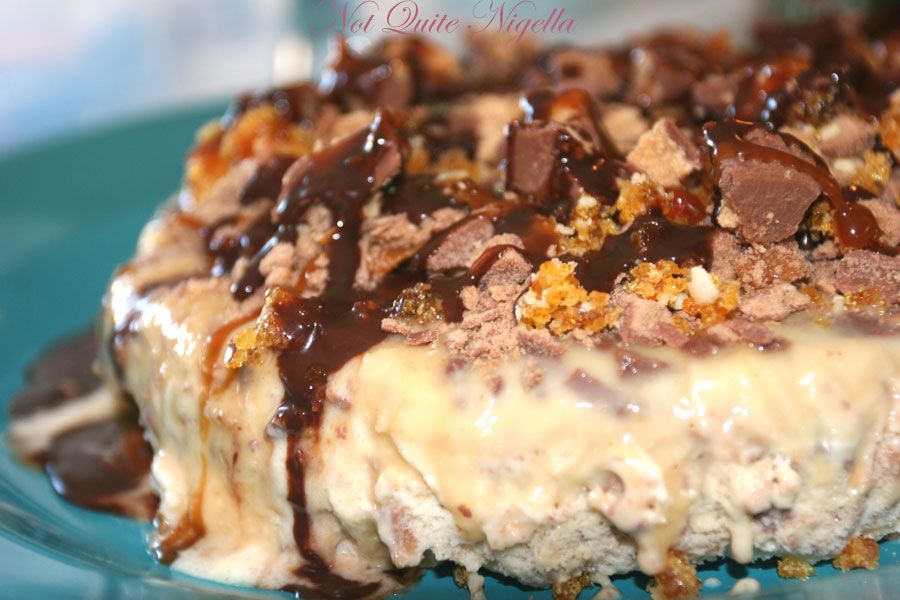 One of the best parts of this is that I had 1/2 litre left over of Streets Blue Ribbon light vanilla ice cream to do with what I wanted. My choice, if I could have my wicked way with it would be to squeeze Ice Magic on top, let it harden, eat the chocolate and repeat until the bottle of Ice Magic has finished and then eat the ice cream. Terrible I know but I live in hope that I am not the only one that does this... I wouldn't recommend using Streets Blue Ribbon light if you're transporting it though like we did, when it melts, it separates into a yellow layer and a white cream layer. 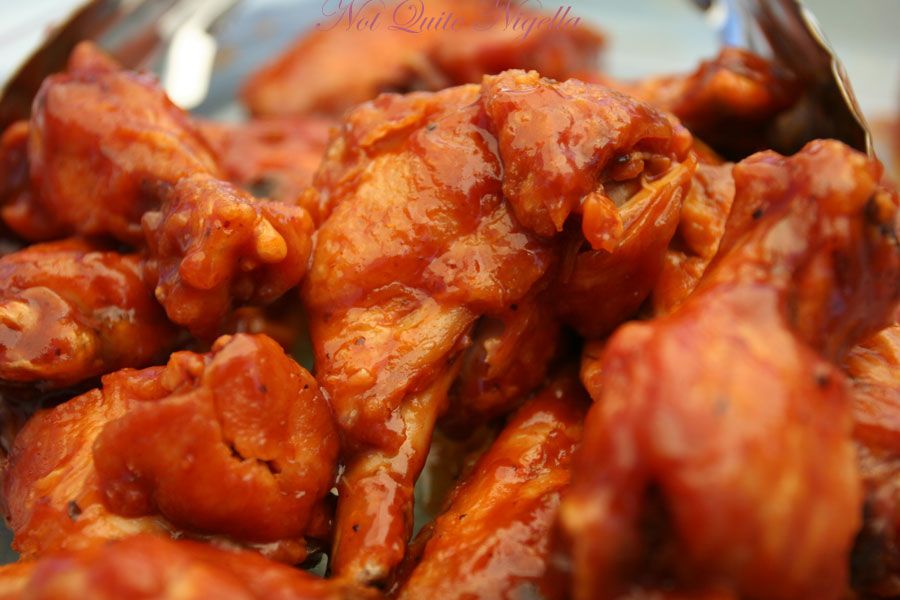 Other additions to the BBQ spread were BBQ chicken wings (deep fry unadorned wings in deep fat fryer and then coat with "Crazy Mother Puckers BBQ sauce"). Made by Hot Dog in his deep fat fryer. 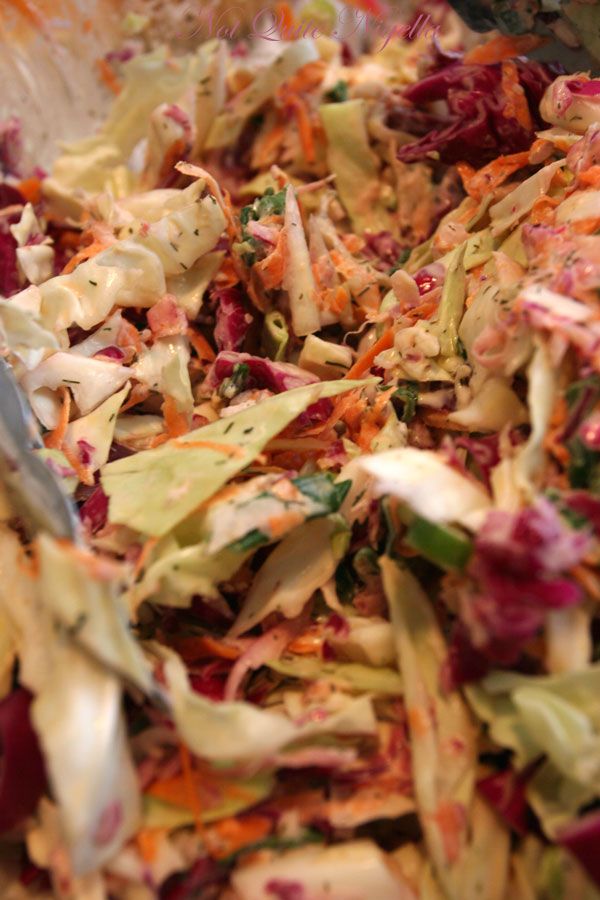 Coleslaw also featured-seasoned with fragrant dill. Made by Teena 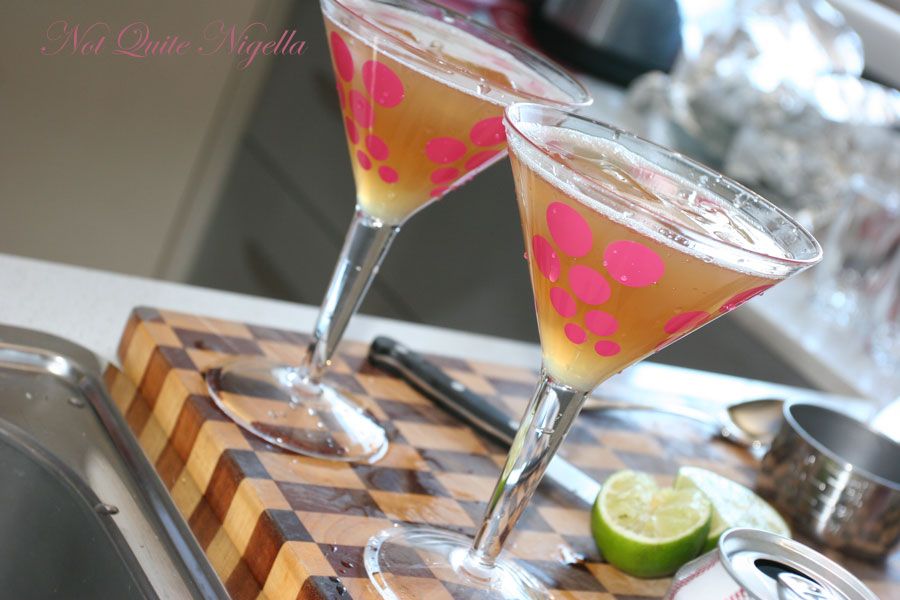 As well as Havana Beach Cocktails (like a delicious pineapple Splice ice cream, recipe below). Made by Gina. 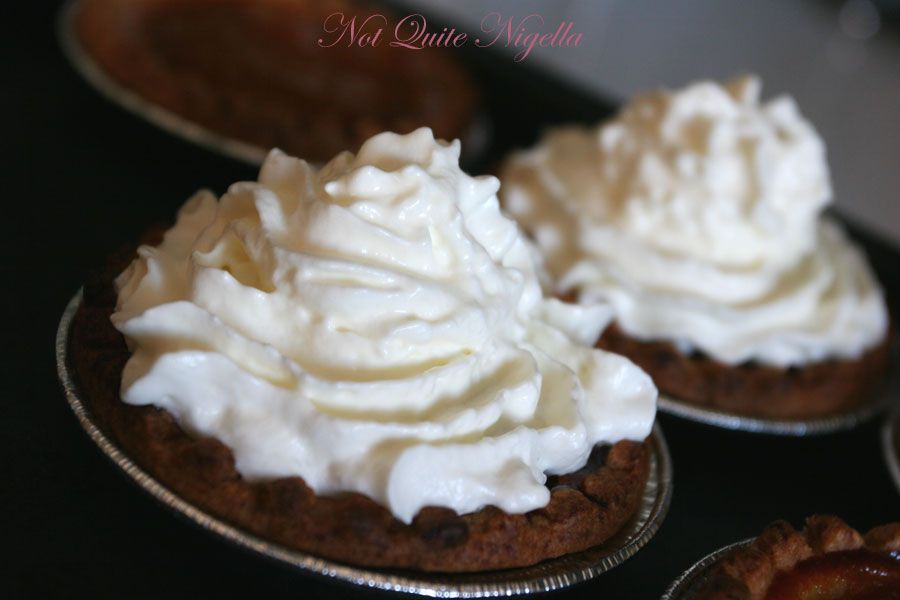 And delicious Pumpkin tarts also made by Gina 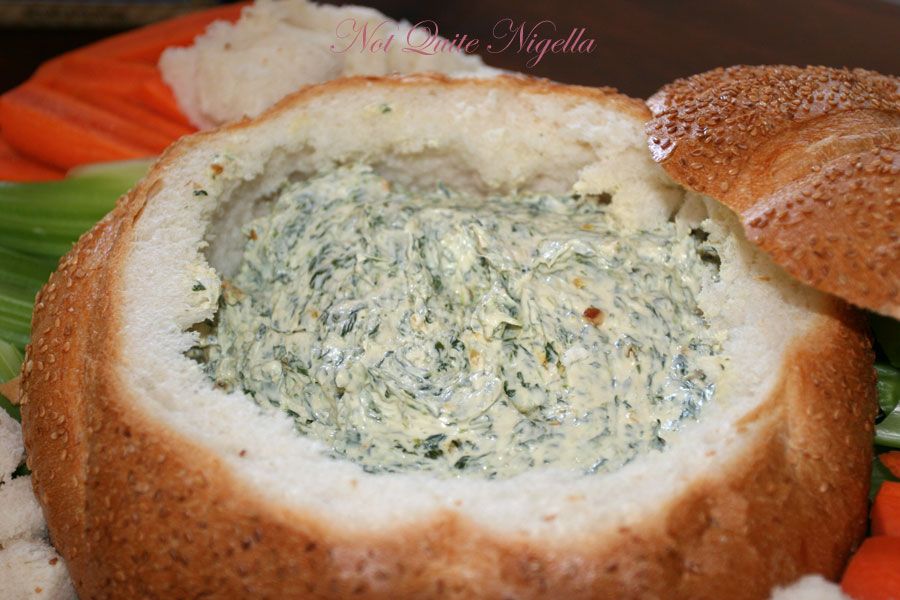 And creamy Spinach dip from Teena (recipe below) 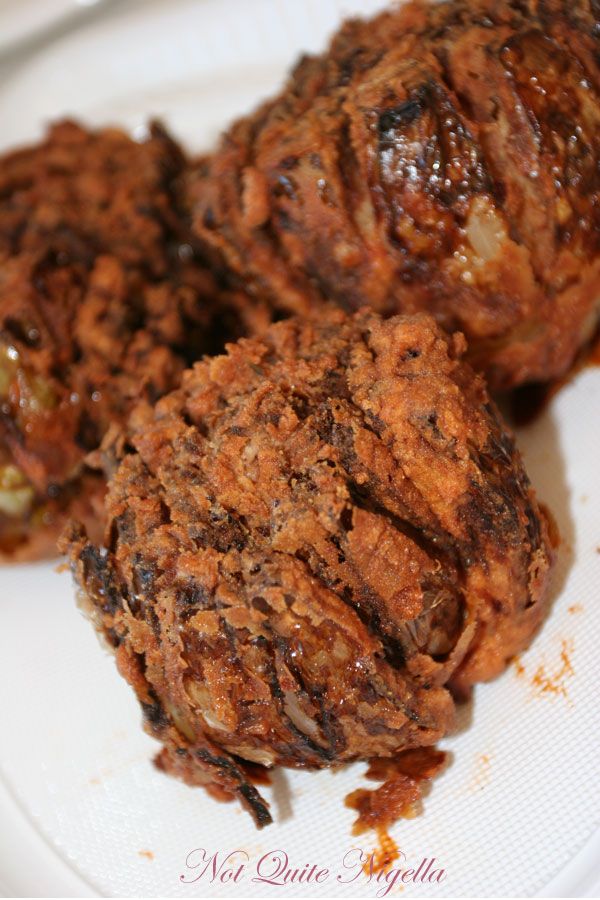 And crispy Bloomin' Onions (American version of what Australians eat, recipe below) made by Gina and fried by Hot Dog

Dry rub (mix it all together and put in a jar - can be done way ahead of time): 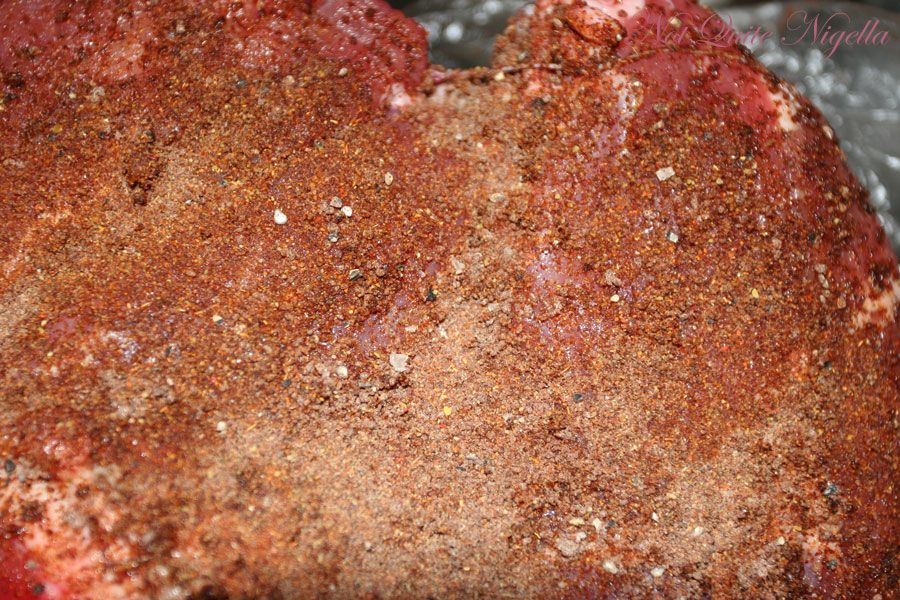 Drop a splash of vegetable oil into a saucepan and add onions, cook until they start to become clear. Turn heat down to low-medium and add rest of ingredients. Stir regularly for about 20 minutes and then bring to a simmer for about an hour (stirring occasionally). Let cool and refrigerate 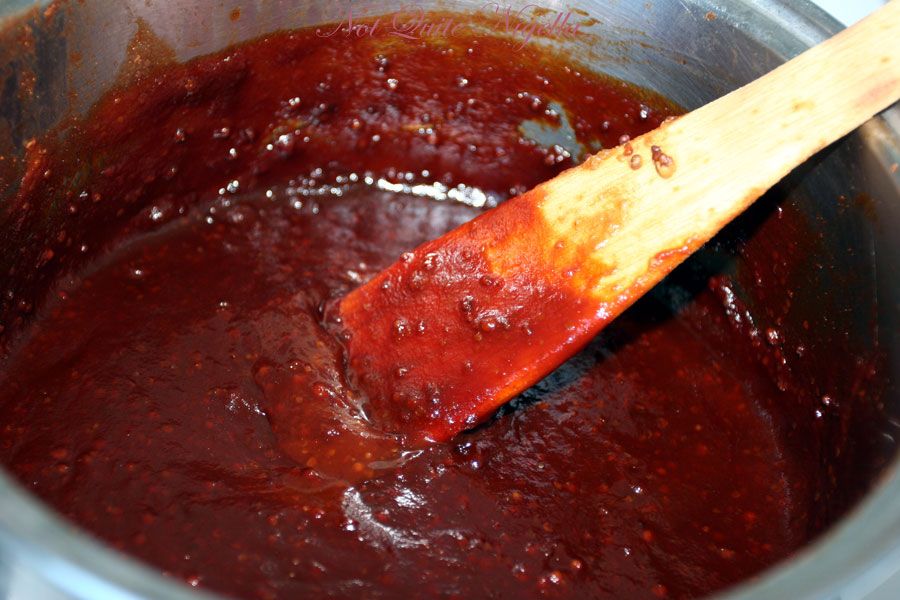 Get a whole bunch (6) of baby back ribs, and the night before rub the dry rub into them well on both sides. Wrap them in foil or saran wrap in the fridge overnight. 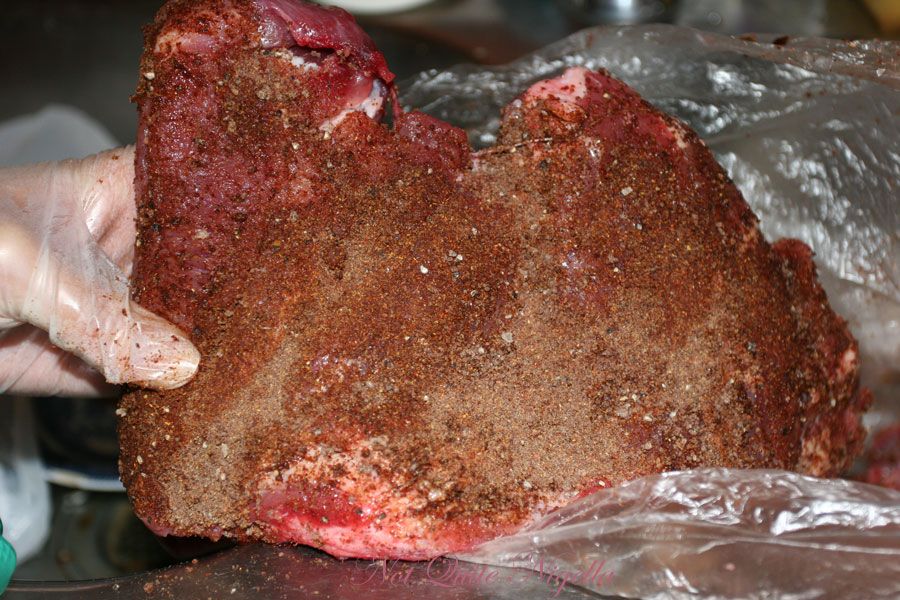 Dry rub on one of the rib racks

Now on the big day.

Lay your ribs over them and put the whole lot in the oven for about 4.5 hours. Every half hour or so spray (or lightly sprinkle if you don't have a sprayer) the apple juice/cider on the ribs

Start slopping the bbq sauce all over the ribs (I buy a paintbrush for this - I don't need to tell you to use a new one right?). Coat the ribs in the sauce real good. And keep slopping it on every few minutes for about 30 minutes. That's about all the time you'll have before the crowd gets surly from the sweet smell. 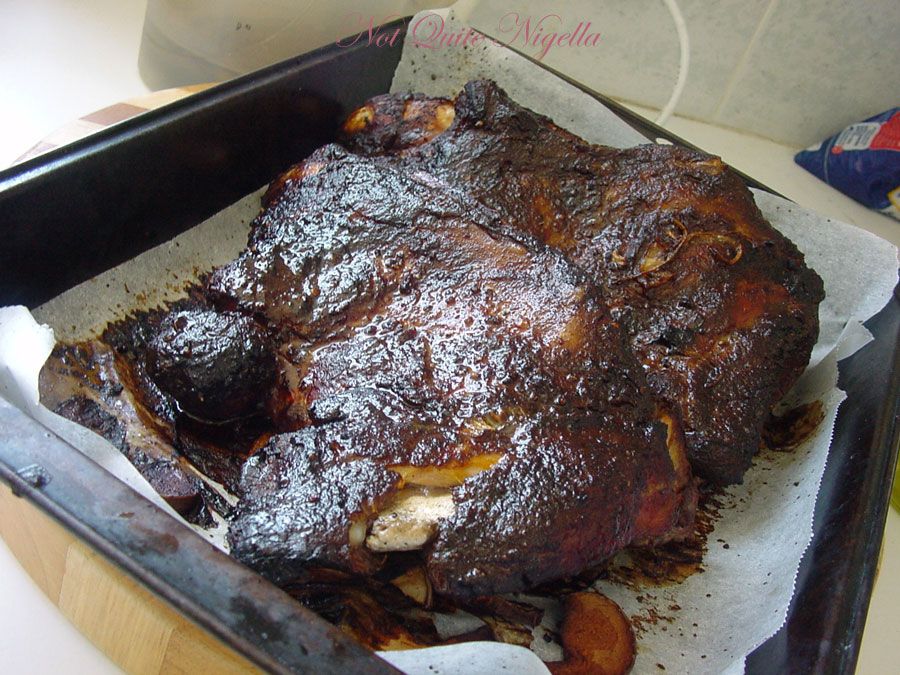 If you're really gung ho about it you can use your bbq as a smoker and smoke the ribs at the end vs. straight grilling. 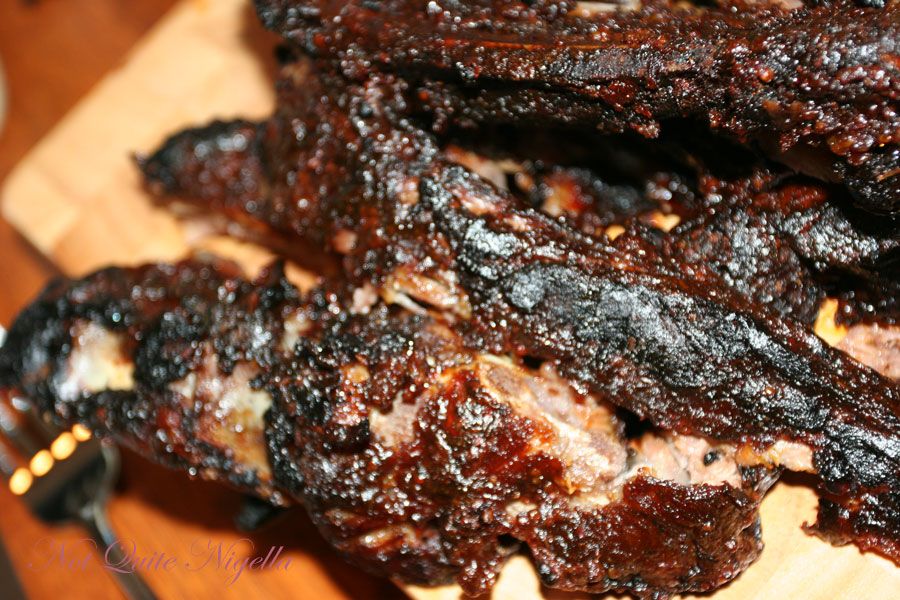 I don't think a cook's job should be to deceive, but there is something appealing about the fact that this looks and tastes as if it were incredibly hard work and yet involves no more than a bit of stirring. You must, though, serve a warm sauce with it-the crowning glory-and I've certainly given you options below.

To be frank, you can choose different biscuits, different nuts and nobbly bits to mix in with the ice cream and give crunch, texture and sudden shards of flavour. I find it hard to believe, however, that this could be in any way improved. Sorry, but that's just how it is. 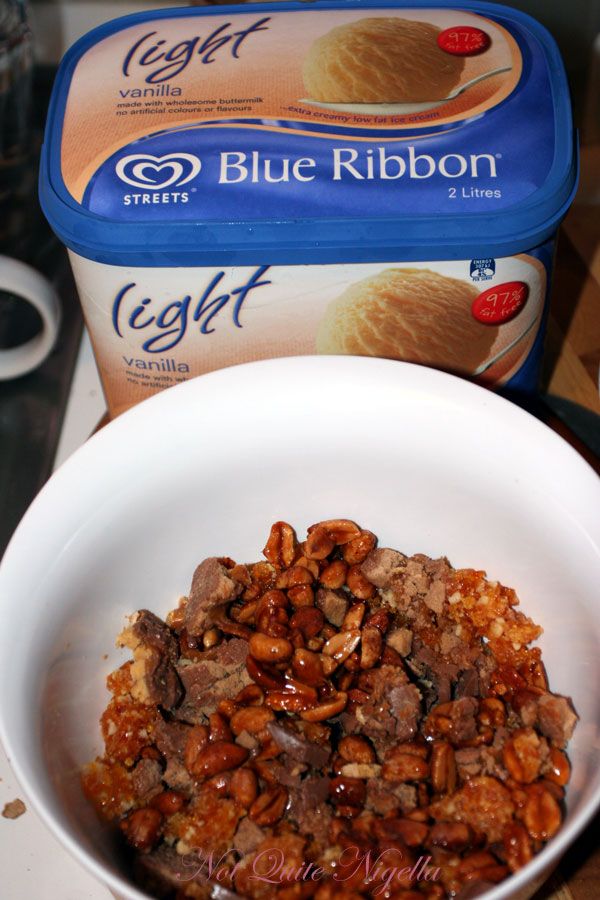 Step 2 - Line an deep 20cm springform tin with cling film both in the bottom and sides of the tin so that you have some overhang at the top.

Step 3 - Empty the slightly softened ice cream into a bowl and mix in the peanuts, 150g chocolate and peanut butter morsels or chocolate chips, Crunchie shards and 100g of the Bourbon biscuit crumbs 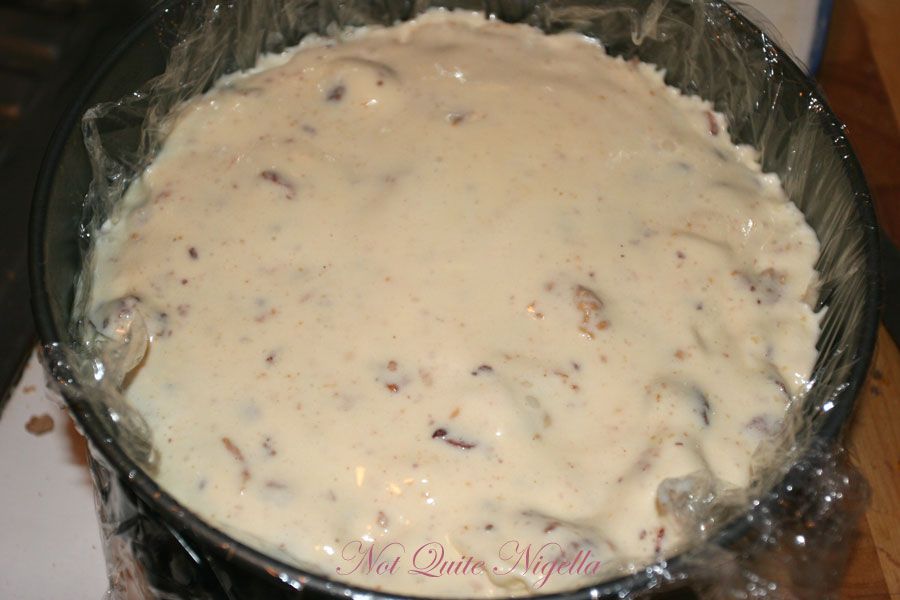 4.Scrape the ice cream mixture into the springform tin, flattening the top like a cake, cover the top with clingfilm and place in the freezer to firm up.

Step 5 - Serve the cake straight away from the freezer unmoulding from the tin and pulling the clingfilm gently away, before putting on a plate or cake stand. Let it stand and soften for about 5 minutes before cutting.

Step 6 - Sprinkle the top of the cake with the extra 50g of chocolate and peanut butter morsels or chocolate chips and the remaining Bourbon biscuit crumbs. 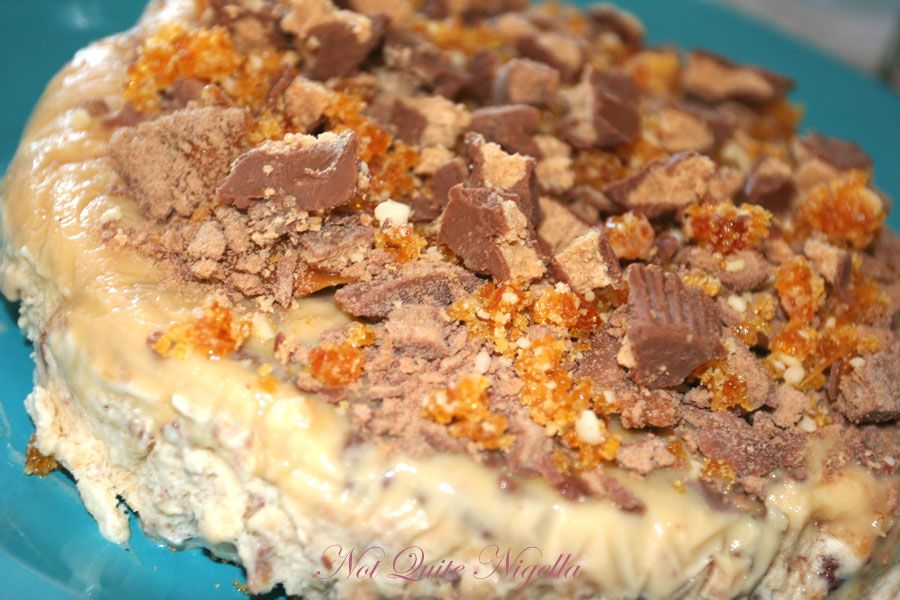 Step 7 - Cut into slices and serve with the butterscotch and chocolate sauces, letting both dribble lacily over each slice. If two sauces sounds like too much trouble-they're not-just opt for the chocolate peanut butter sauce. Its hard to find an argument against it. 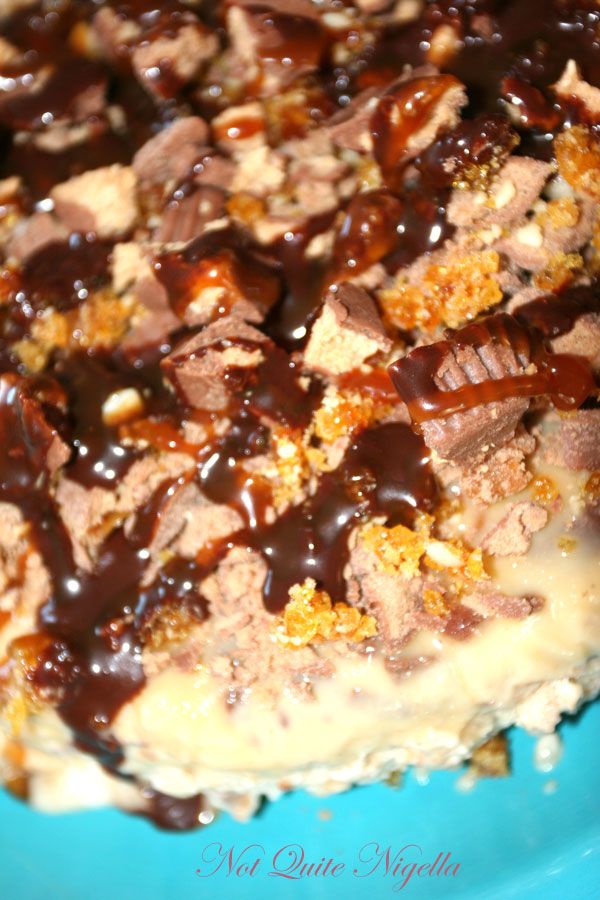 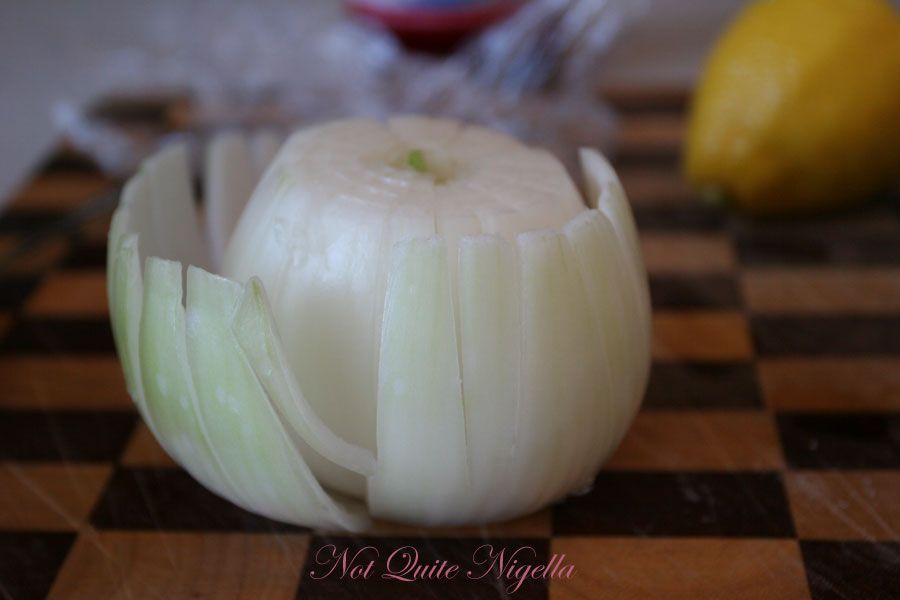 Slice onion as pictured and spread out petals . 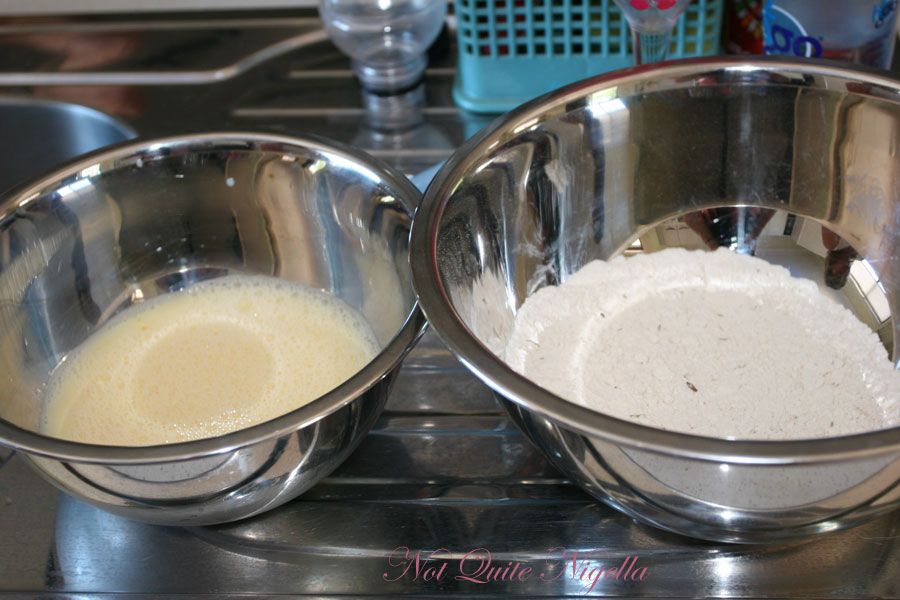 Dip in egg and milk mix and then in seasoned flour and paprika mix. 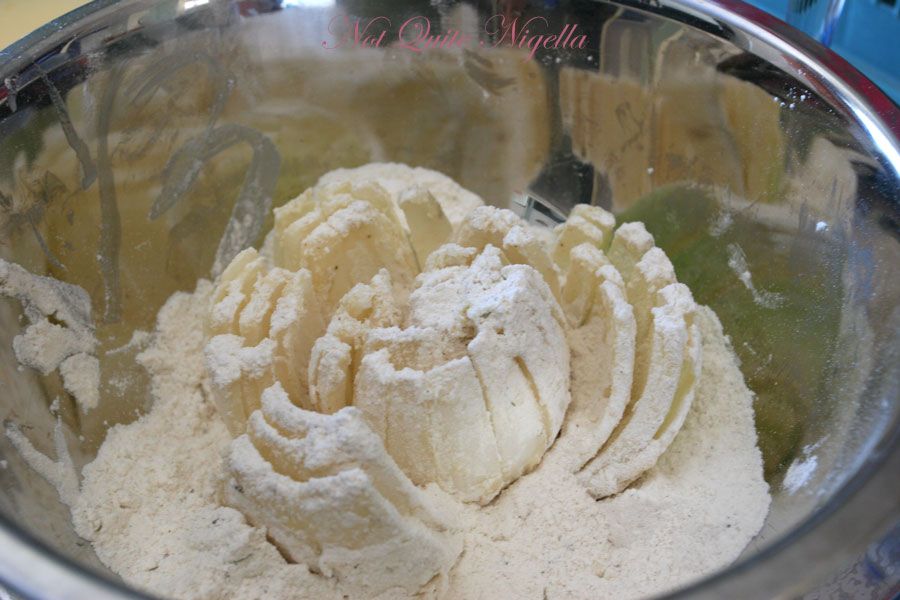 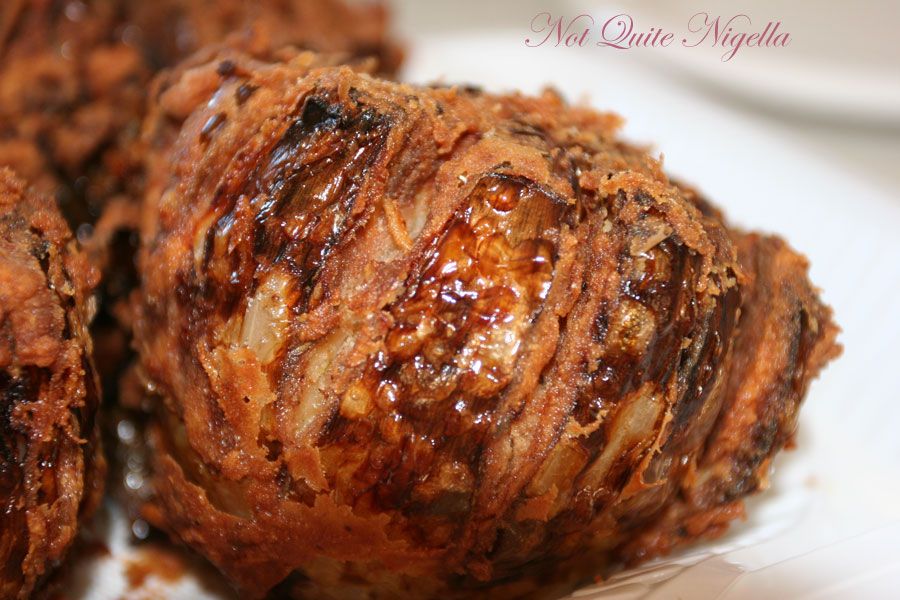 Mix all ingredients together thoroughly and stuff back into Cob "shell". 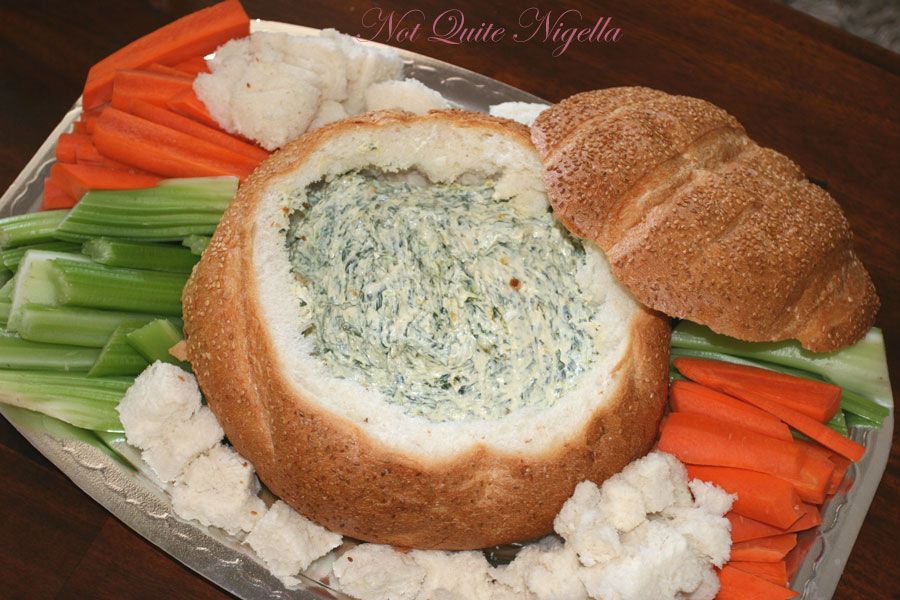 Combine all ingredients and enjoy! 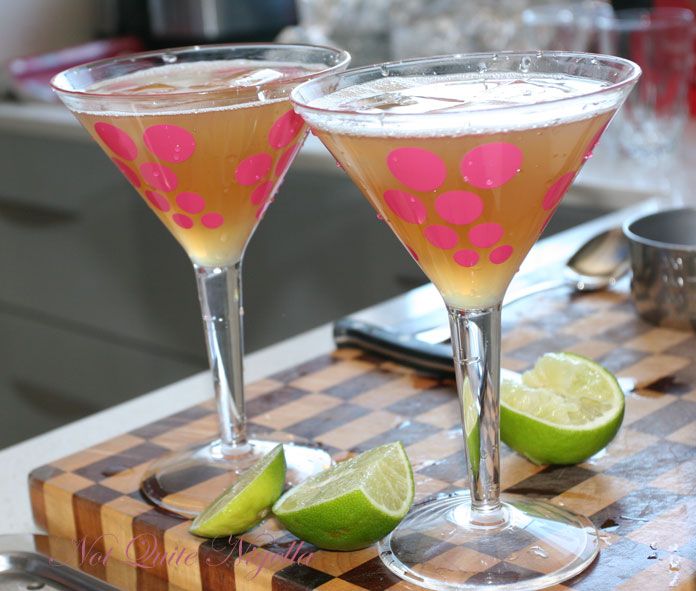