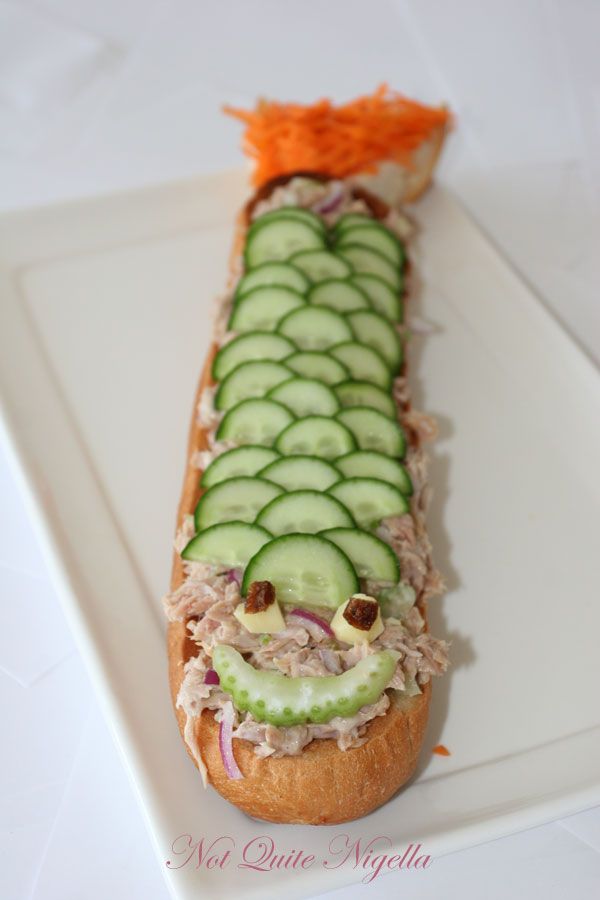 This would be incredible for a kid's or a kids at heart party. Indeed when we went to the Blue Mountains recently for Christmas we had a good old fashioned kid's party complete with fairy bread, vampire teeth lollies, mini meat pies, sausage rolls (and the vegetarian versions) along with delicious Finnish pinwheel pastries and we played pass the parcel, treasure hunt and donuts and apples on a string. Despite the fact that everyone was well and truly grown up, we all had a ball which goes to show that some kid's things never go out of fashion.

An adult may scoff at first if they see this, thinking that they were too sophisticated for this sort of silly stuff but you can bet they'll be all alone pouting on the sidelines when everyone else happily digs into this. 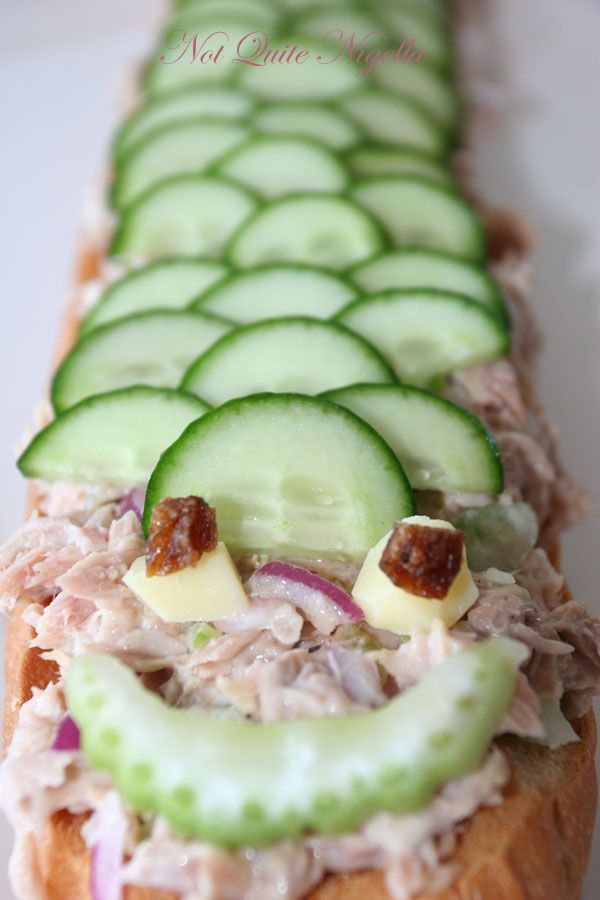 Kids will love this. Mix the fish with mayonnaise. Fill an open baguette with the mixture. Give some character to the filling with the addition of two cherry tomatoes s eyes, celery for the mouth, cucumber slices as the scales and some grated carrot for the tail.

Recipe created by Bernadette Oliver from Your Sandwich Made It! 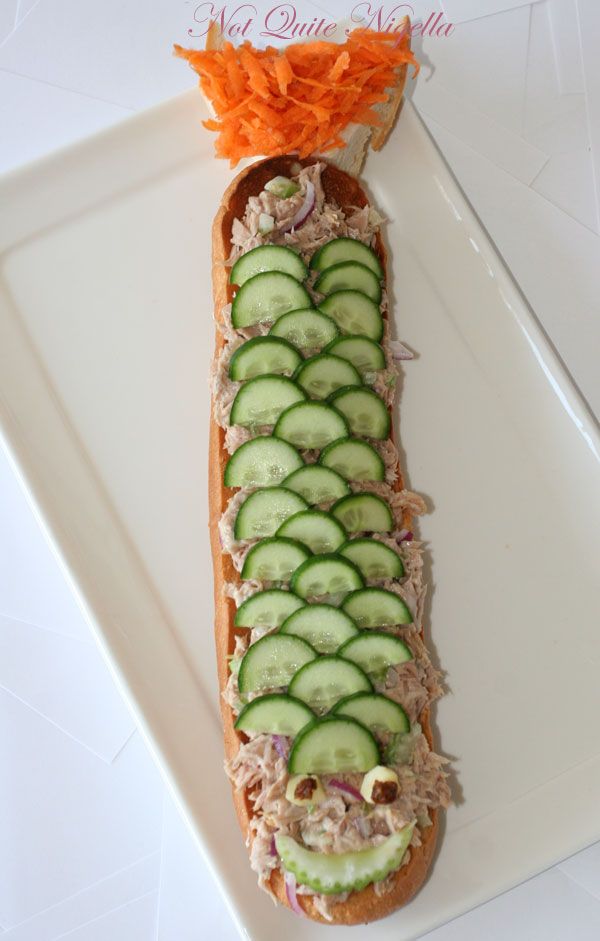