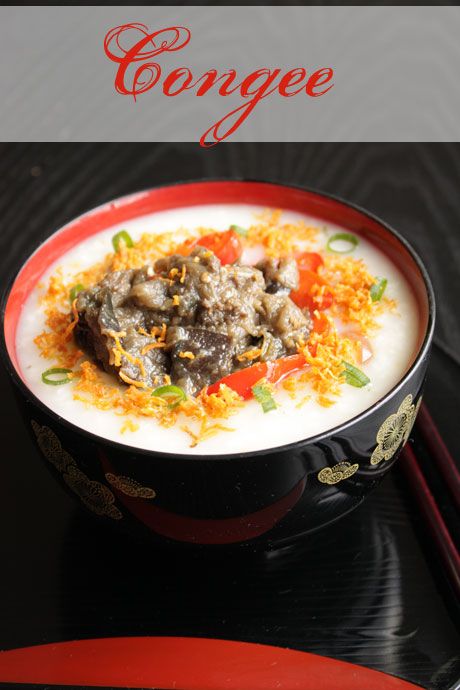 Congee is the chicken soup of Asia. When a child, teen or adult is sick, out comes the big pot and a large batch of Congee is made. For those unfamiliar with it, it's a soupy rice porridge into which other ingredients are added like egg omelette, mince, meat, eggs, fried bread sticks, shredded BBQ chicken as well as soy and ginger. It's whatever you really fancy and I can imagine many a mum found it useful as that meant she could add whatever she wanted into it.

This recipe is by Elizabeth Chong, but you needn't follow the topping suggestions, you could really add anything to a Congee. Of course I found it from Vogue forum where many avid cooks congregate to exchange recipes and talk about shoes. Because I made it for vegetarians, I stopped before adding the mince although I've shown the recipe in its original form should you want to make it for meat eaters. Adding the stock makes it so much more flavourful than plain water. 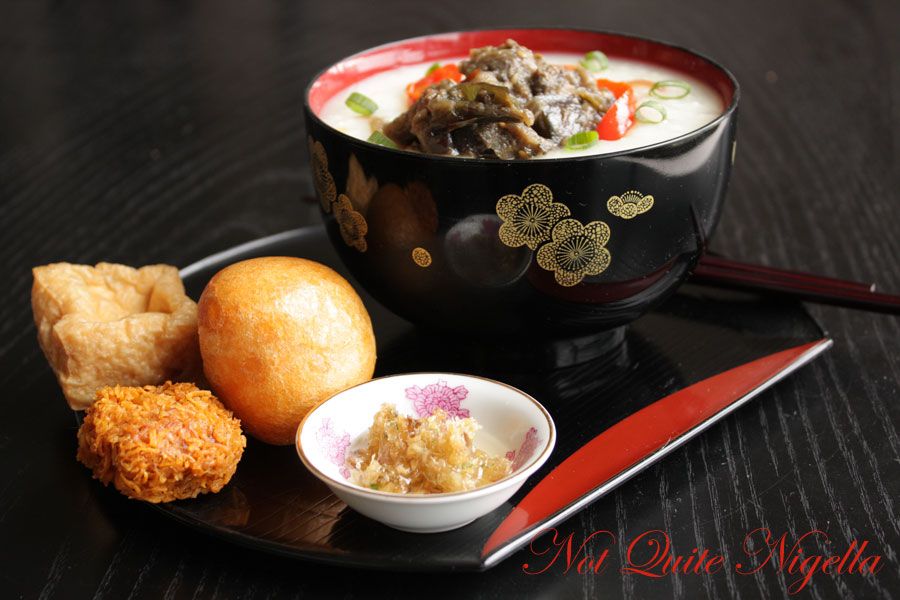 One thing that she doesn't specifically mention but I adore is a packet of Hainanese Chicken rice spice paste of finely ground oily paste ginger and sesame oil which is traditionally served with chicken rice. It's made by Asian Home Gourmet and is sold by the 50g flat packet called "Hainanese Chicken Rice Spice Paste". It's worth hunting for this as it's gorgeous with the congee. Crispy or crunchy things often fare well as accompaniments to Congee and I tried to find deep fried breadsticks but to no avail. Things such as the aforementioned BBQ chicken or stir fried chicken are also great with Congee

Congee by Elizabeth Chong from Beyond Fried Rice

Mix together (optional, I did not do this):

Step 1 - Wash the rice. Drain off water. Work in a bit of salt and peanut oil with your fingers or a spoon. Stand for 1 hour.

Step 2 - Bring the stock to boil. Add rice, stirring until it comes back to the boil. Reduce heat and simmer 2-3 hours. I stopped here as I was making it for vegetarians. 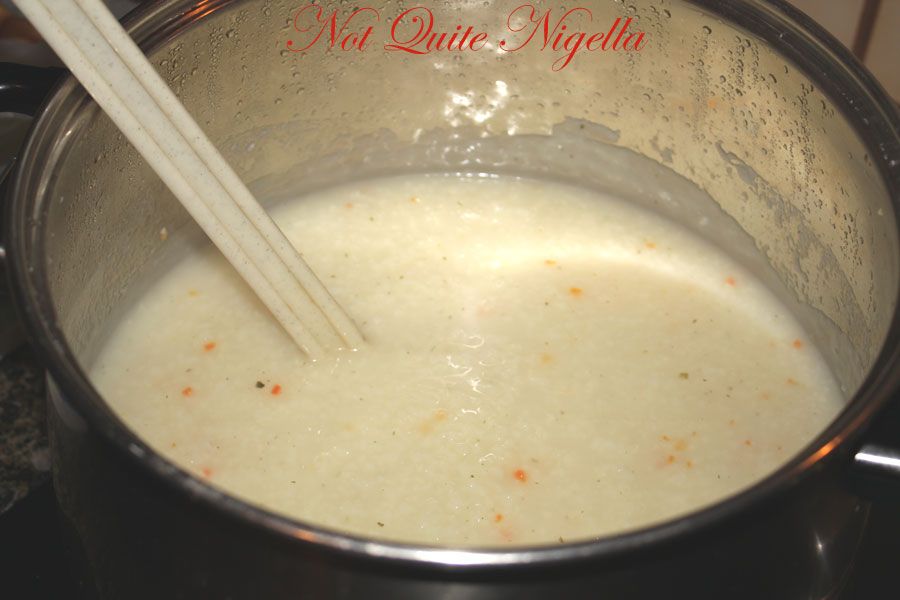 Step 3 - Beat in the mince (or you can make little pork or beef balls). Cook until the meat is done.

Step 5 - Ladle into serving bowls. Each person adds their own favourite condiments.

Recipe by Elizabeth Chong from Beyond Fried Rice 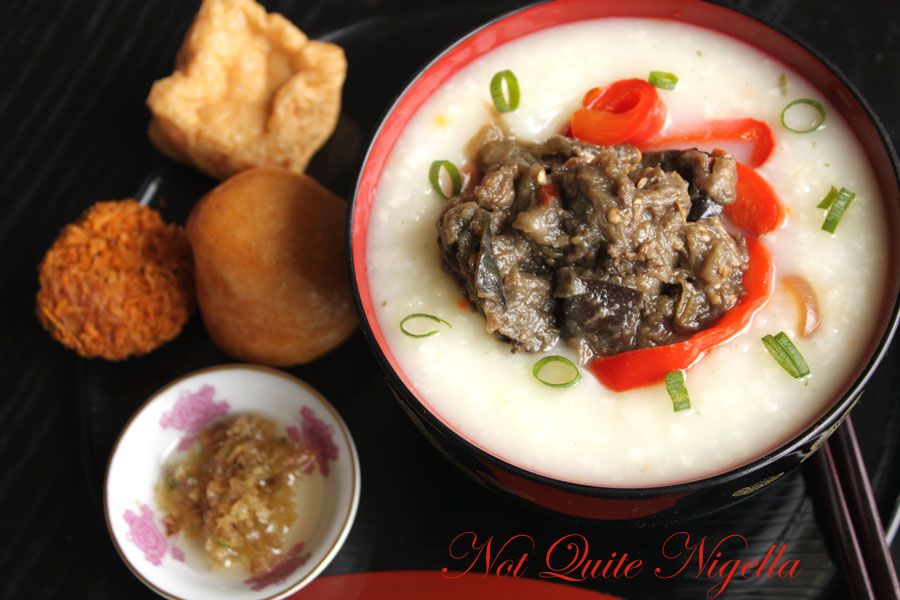