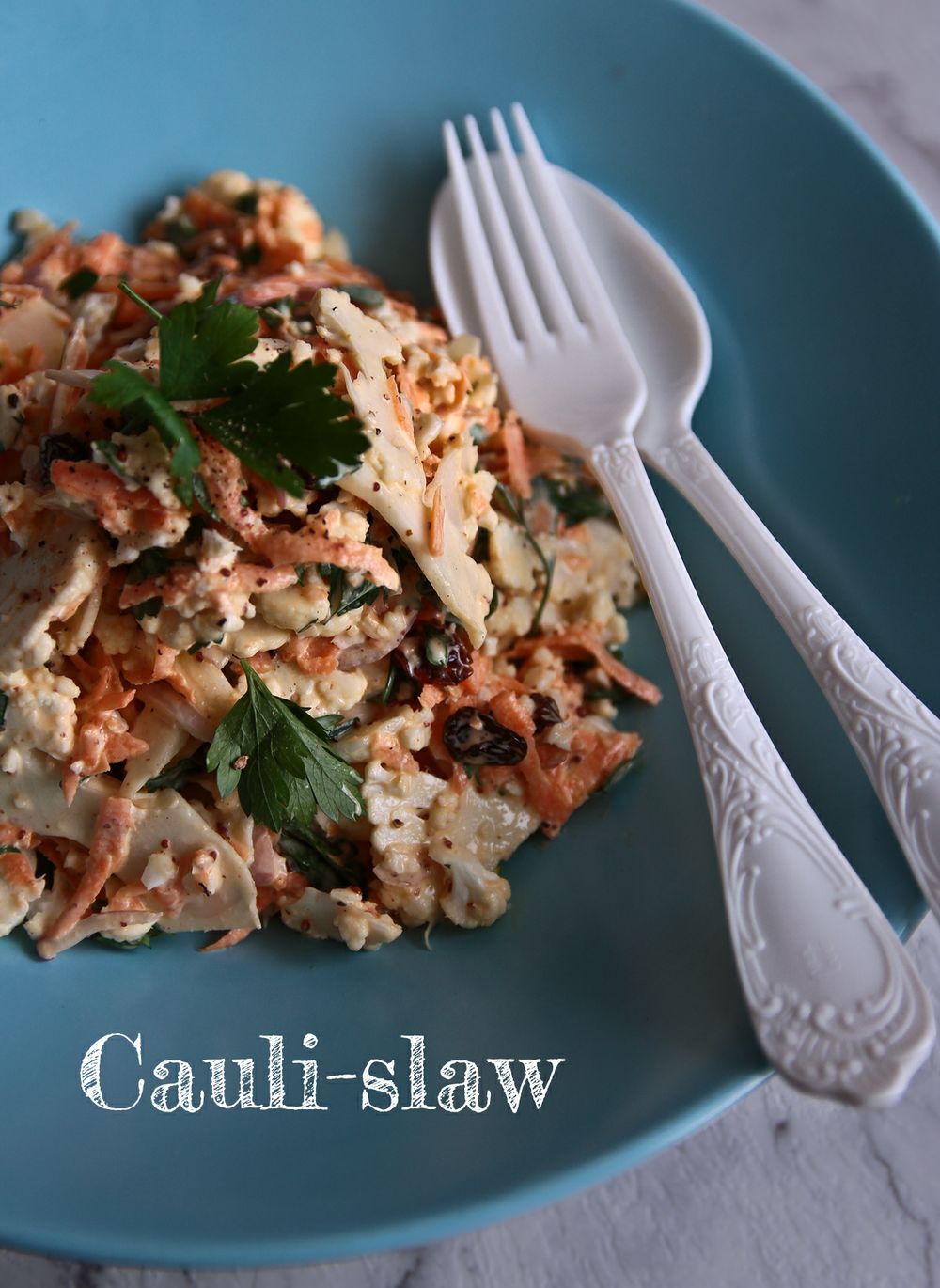 "Hi,I have a dried snake penis to declare" I said to the woman at customs.

"Oh no problem, do you want to show me?" the customs officer said. I hesitated-had she heard me correctly?

I should explain, a dried snake appendage is not my normal cargo. I was just in Hong Kong and having tried a local delicacy of snake soup, I was then offered a dried snake penis to take home with me. Of course I was going to declare it but I was nevertheless nervous as I thought of that television show, Border Security. Mr NQN's colleague's wife works on the show and apparently they only film in the early morning as that is when the flights from Asia and Africa tend to come in and they tend to be rich with potential footage for the show.

So when I arrived at customs in Sydney at 7:30am, I gulped when I saw the sign telling me that they were filming Border Security. Not wanting to be "the snake penis lady" I tried to make as little fuss as possible. I was looking around my bag for it (and yes a dried snake penis is quite small so it's easy to lose). 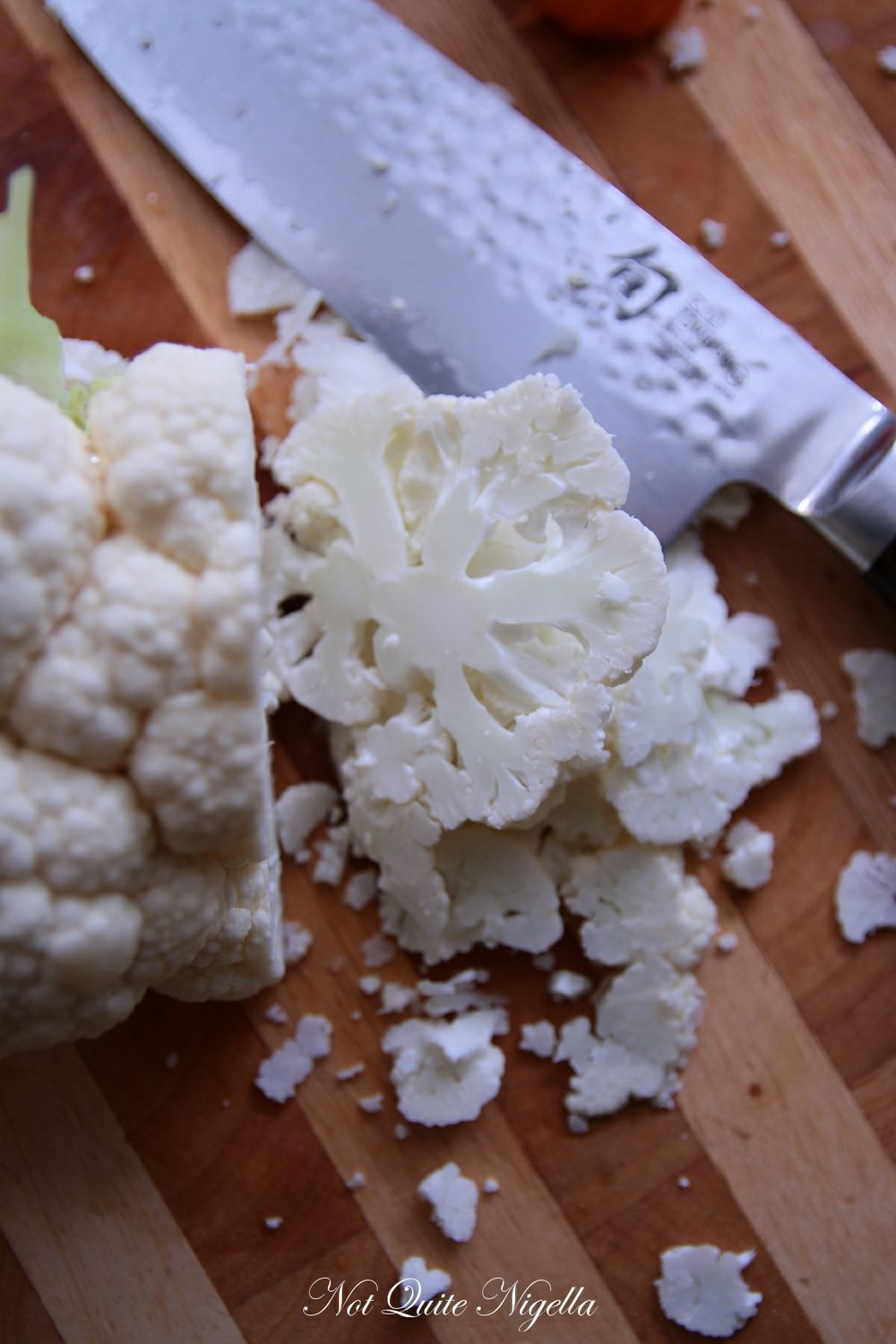 "So they're just dried snake beans?" the woman asked as I was sifting through bags trying to find it.

"Errm no, it's a dried snake penis" I clarified softly, aware that I was surrounded by other passengers.

I cleared my throat and said "no... dried penis" speaking a little louder than intended. The middle aged moustached man beside me looked at me in abject alarm and recoiled physically, his expression clearly saying that he thought that I had some sort of dried human penis in my luggage. Either that or I was declaring that I had a penis, I'm not sure...

"Oh!" the customs officer said, raising her eyebrows. I explained that I was writing about the food of Hong Kong and we had gone on a local's tour and tried snake soup and snake penis seemed like...well the natural progression. To her credit she didn't flinch but she did laugh and say "Oh this would be good for Border Security!" 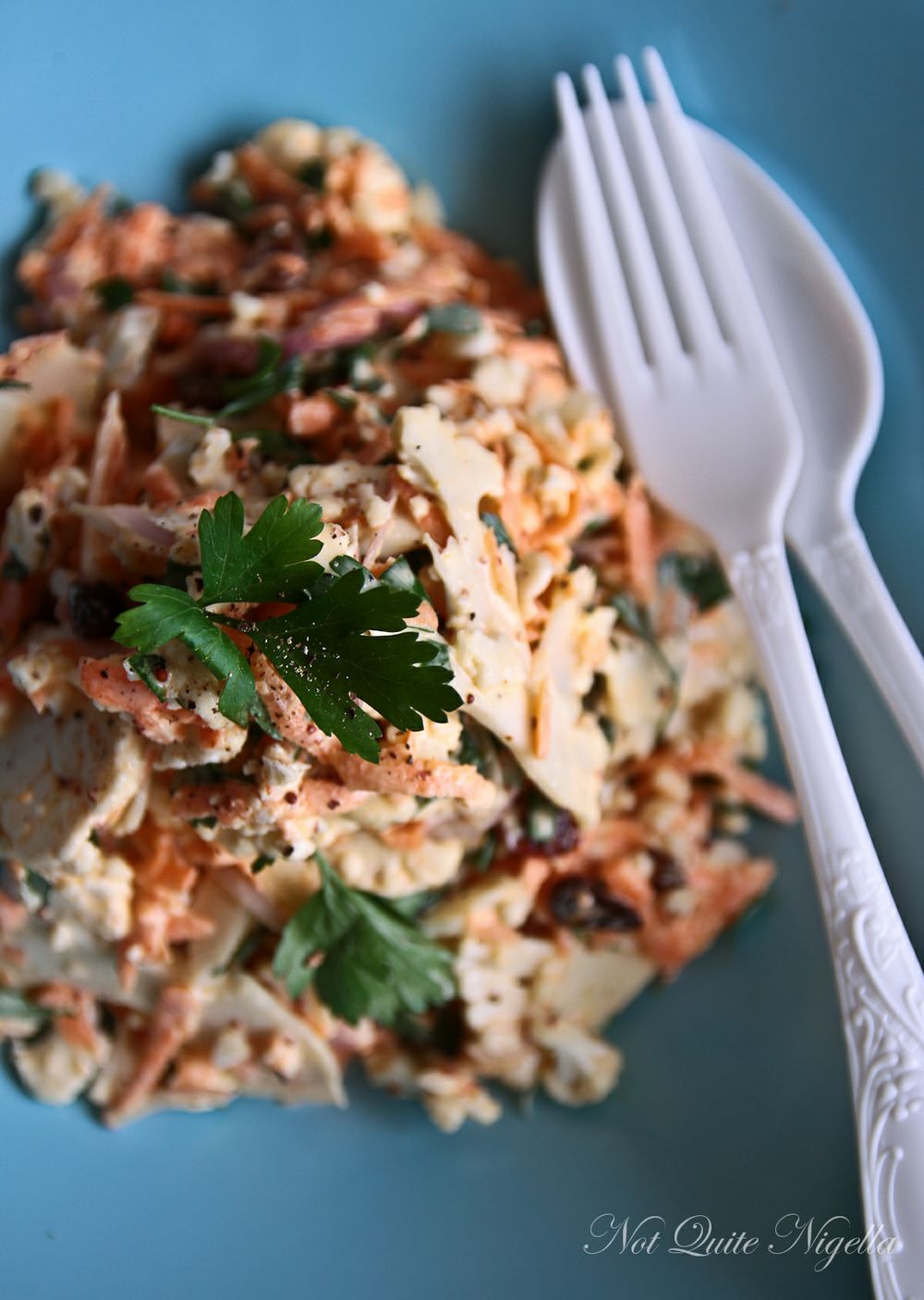 Well, something that thankfully provoked the opposite reaction was my mention of the caulislaw on Tuesday's post on what I eat. I make a big batch of it at the beginning of the week and it lasts for a few days, staying crunchy til the very end. I first thought of doing it when a head of cabbage at the markets was double the price of cauliflower. Having eaten a cauliflower slaw at a cafe, I decide to give it a go and use cauliflower in place of cabbage in my usual coleslaw recipe.

Mr NQN always tells me that you want simple and healthy recipes although I thought that these weren't quite blog worthy. But the response after Tuesday's post was instant. So many Dear Readers tweeted, emailed and messaged me asking for the recipe so here it is. It's simple, it's delicious, it's pretty healthy and makes a lot of coleslaw that keeps for a day or two so it's a great snack for when you're feeling like something crunchy but still relatively healthy. You can also add in grated beetroot to this if you want to add some additional goodness and to colour it pink. And don't throw away the vegetable scraps-they make a great vegetable stock! 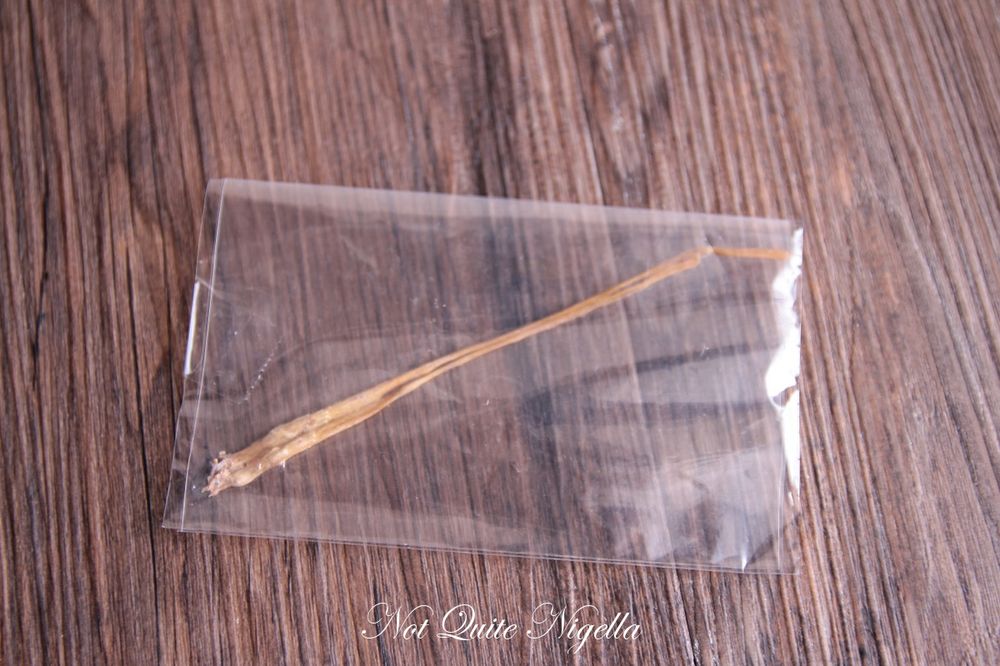 A dried snake penis. In case you are curious...

Oh and if you're interested, the dried snake penis actually got through customs. It was just a single one although if you're importing commercial quantities, you will have issues bringing it in. And thankfully, I never got my 5 minutes of infamy on Border Security-phew! "You don't fit the profile for a Border Security person" the customs officer told me. When I asked her what the profile was she jerked her thumb towards the slow moving queue and said "the people that don't declare stuff, even if it is embarrassing!"

So tell me Dear Reader, what is the strangest thing that you've brought through customs? Do you think that customs is too strict or are they right to be stringent? And do you prefer easy recipes or more challenging ones?

Serves 4 as a side 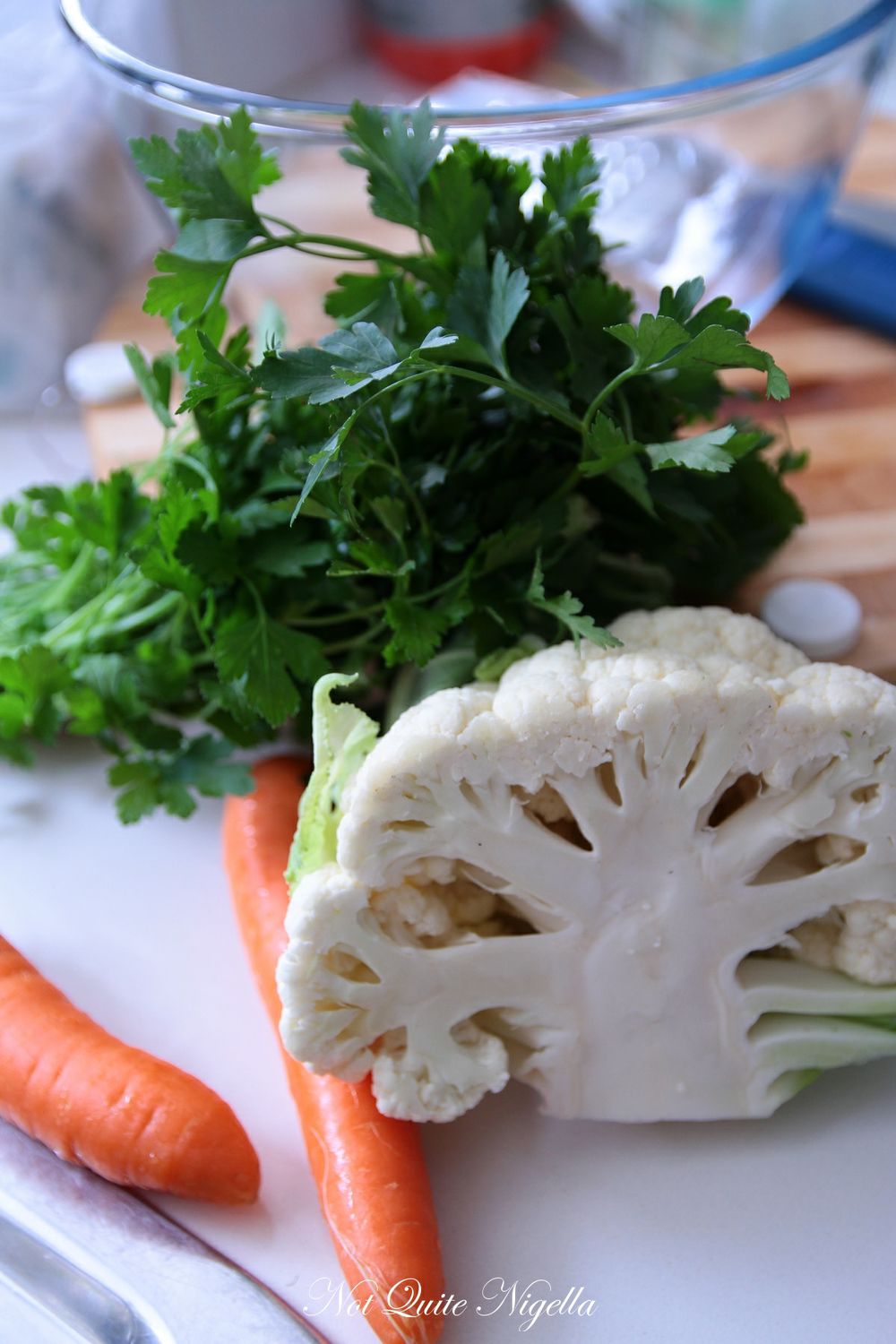 Step 1 - Grate the carrots into a large bowl (you can peel these first but I like to keep the skin on, just wash them well). Then remove the green and stem from the cauliflower and with a large knife, slice thinly. Add this to the bowl. Slice the onion thinly and add this to the mix and with two spoons, mix the vegetables so that they are evenly distributed. 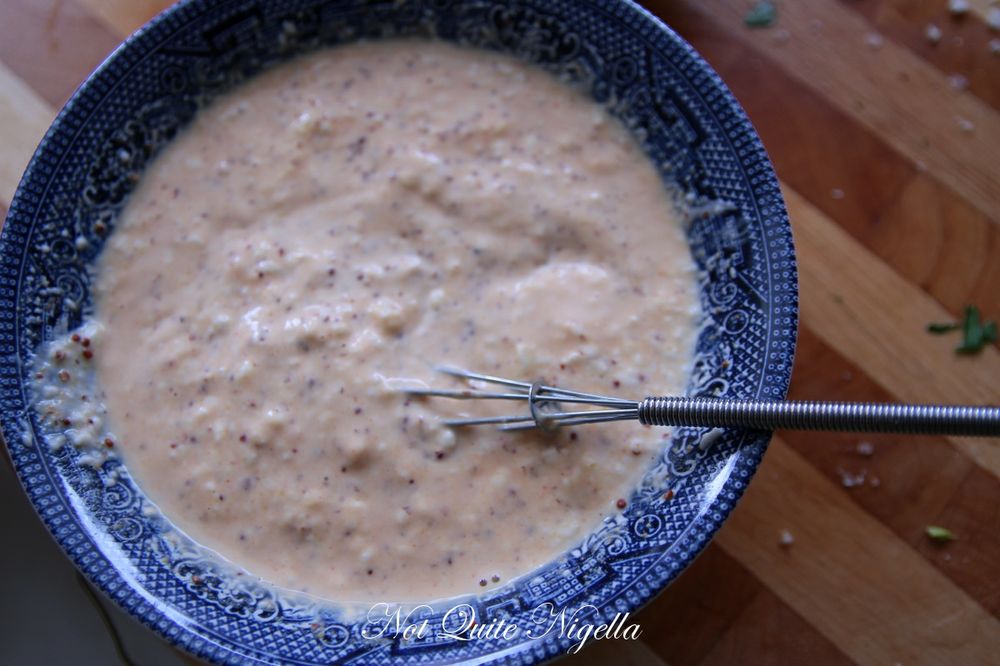 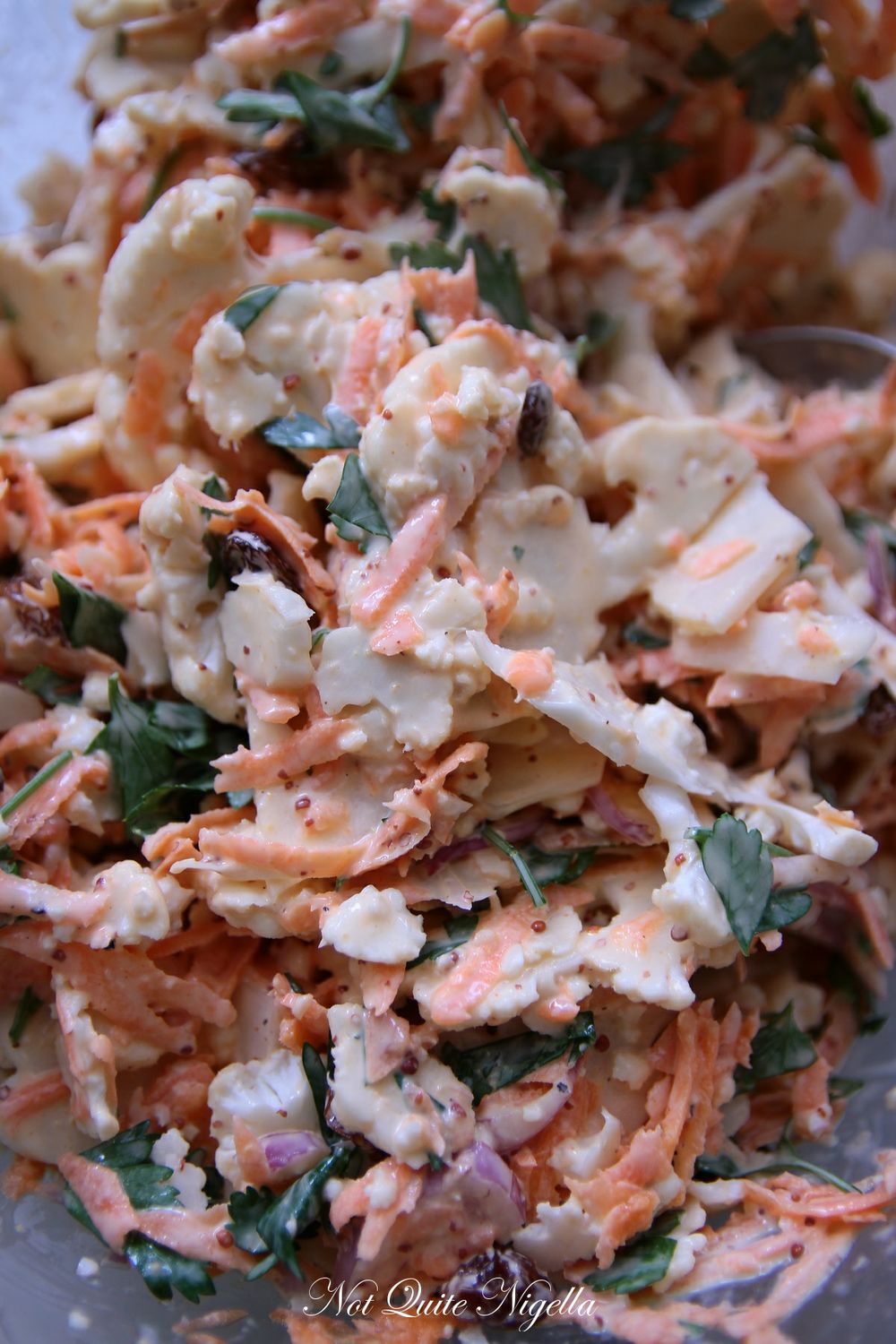 Step 2 - In a bowl, add the mayonnaise, milk and mustard and using a small whisk or fork to combine. Pour this in two batches over the shredded vegetables and toss between additions. Add the lemon, salt and pepper and toss some more to combine and taste for seasoning. I like this best when it has sat for a little while but you can eat it straight away too. 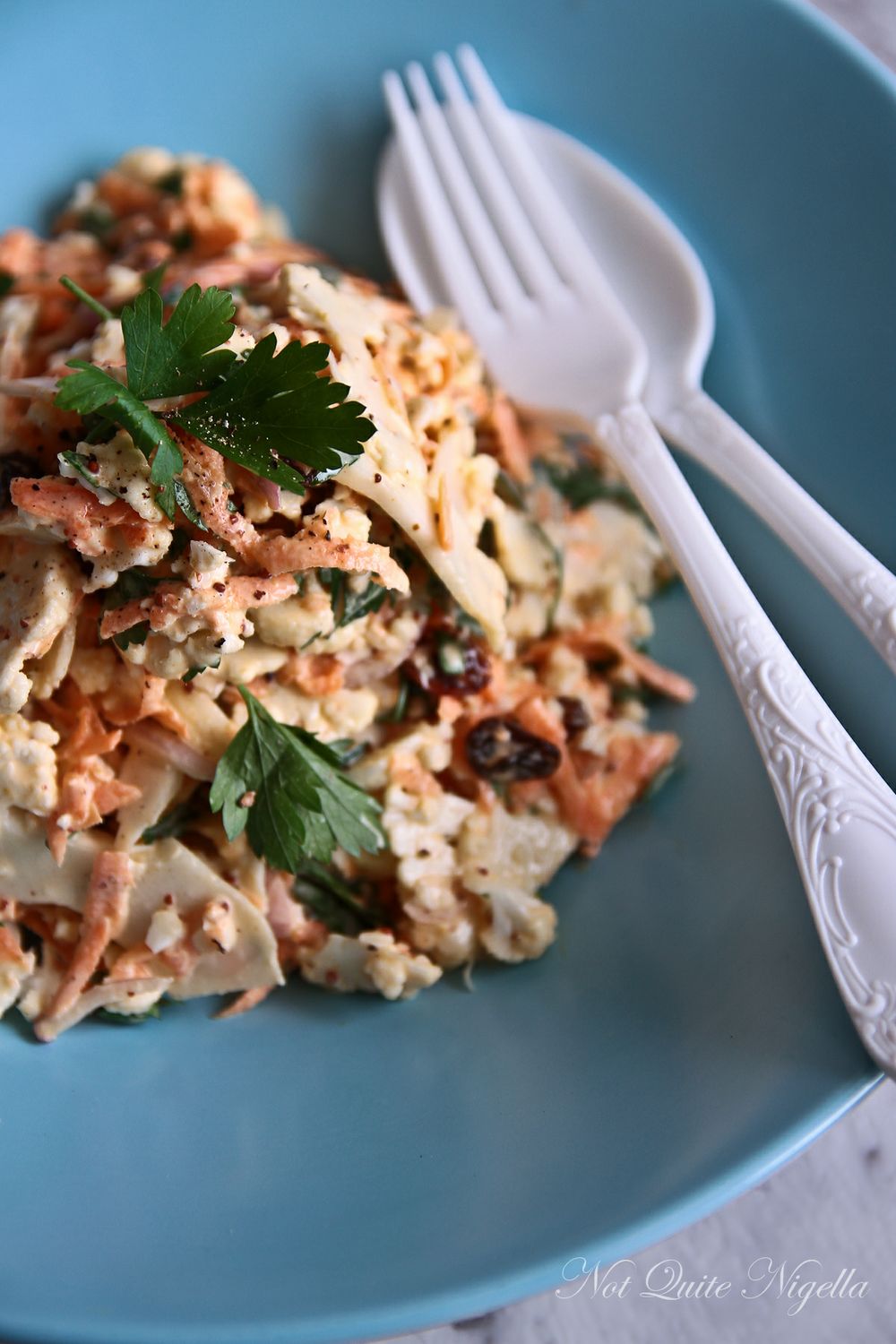