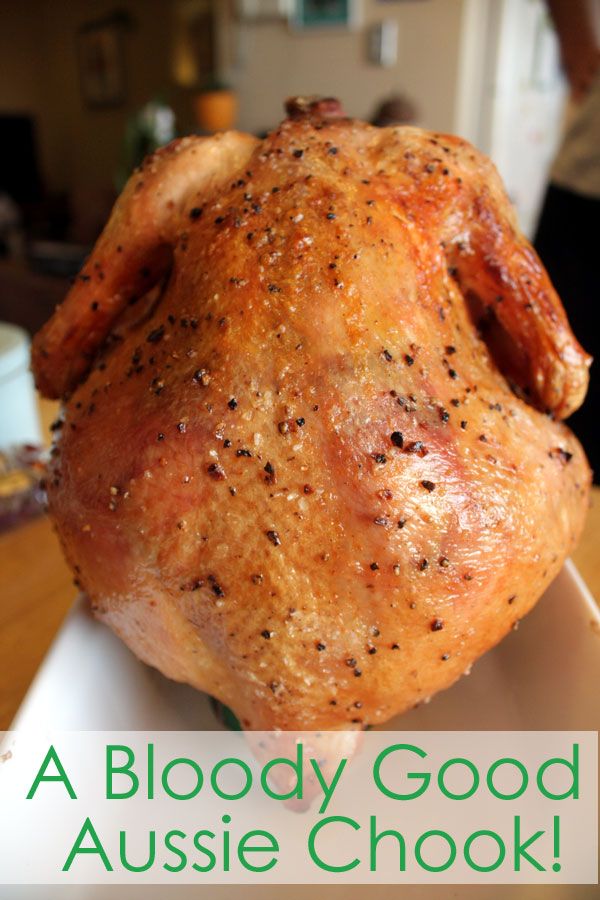 There are a few things that are said to be "typically Australian". Beer  is one thing and BBQs are another. A man clutching a tinnie of beer wearing a "kiss the cook" or boobie apron turning steak over and over again until it's thoroughly charred is a combination of these two things. I could go on about the list of typical Australianisms (rhyming slang or esoteric terminology like "Dinky Di" or "Ridgy Didge" are said to be typical) but I can't say I've ever uttered these phrases except in jest. And unless you've been living under a rock this past week, you'll have noticed the enormous amount of promotion for the new film "Australia" so let's call this our little contribution to the cause. 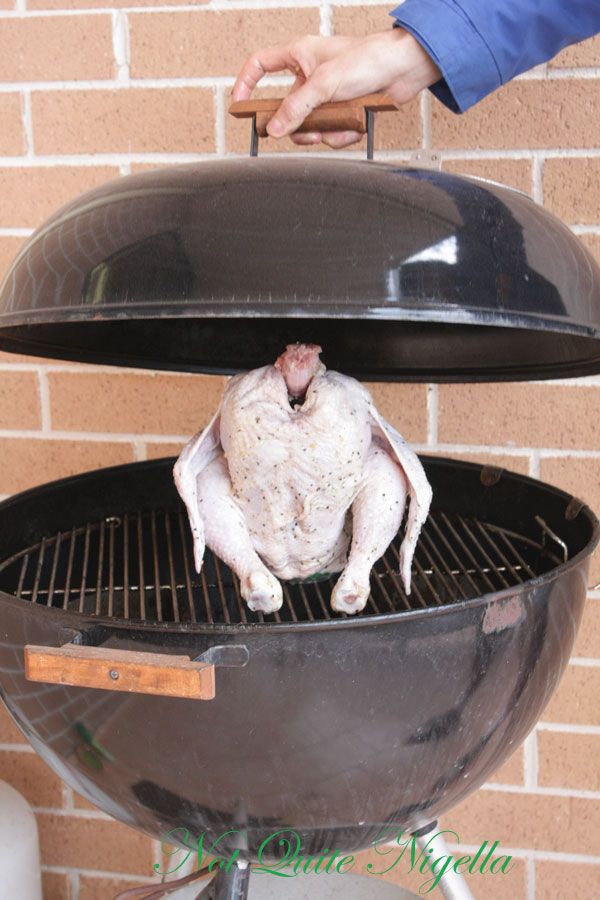 Food and BBQs over the Summer take advantage of our wonderful warm weather. And it's one of the few times a man will strap on an apron to cook which is never a bad thing. When I first saw this recipe in Matthew Evans' The Weekend Cook I bookmarked it immediately and asked around as to whether friends had a BBQ with a lid - I would bring the chicken and the beer. Unfortunately everyone's BBQs were lidless but when M mentioned buying a new BBQ with a lid, a date was quickly made. I think she thought I was crazy when I started going on about a chicken with a can of beer stuck up its backside but to her credit she didn't call the police. 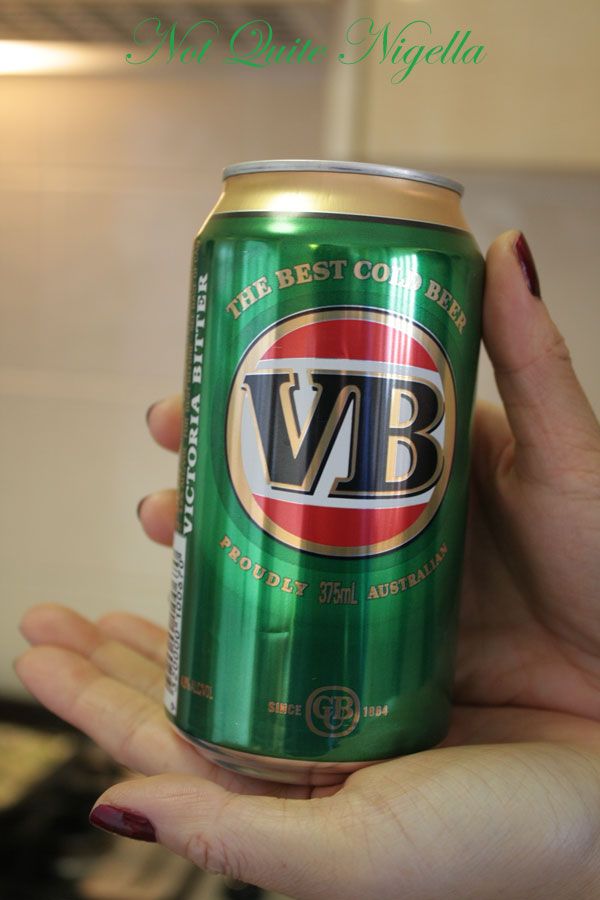 There were only three types of beer in tinnies at the bottle shop so we chose the one we felt typified Australian beer, or at least the working class glass, the VB (Victoria Bitter). I'm not a big beer drinker but VB seems to be the beer of choice for a friend's husband and I'm pretty sure that if you look up "Aussie Bloke" in the dictionary, his picture would appear, next to his dog and ute. 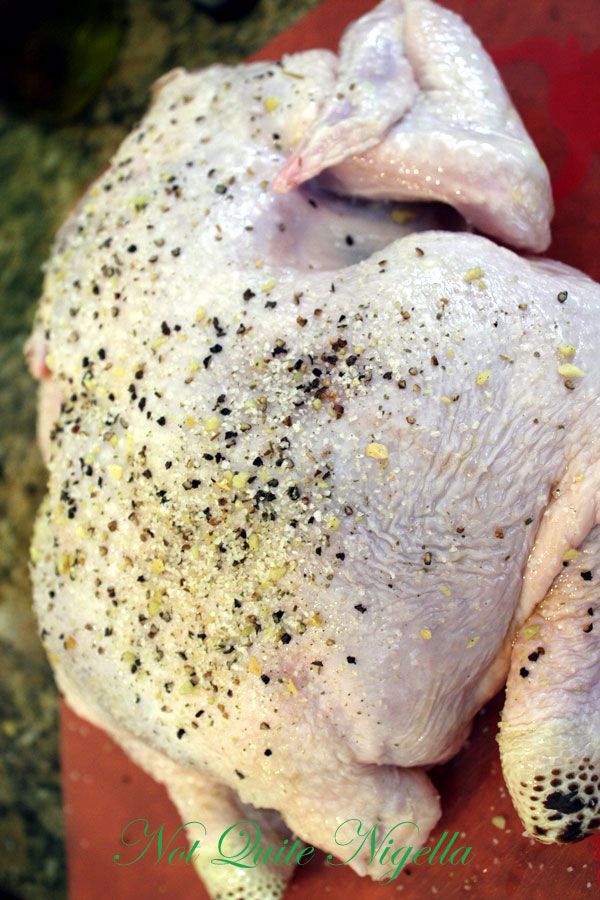 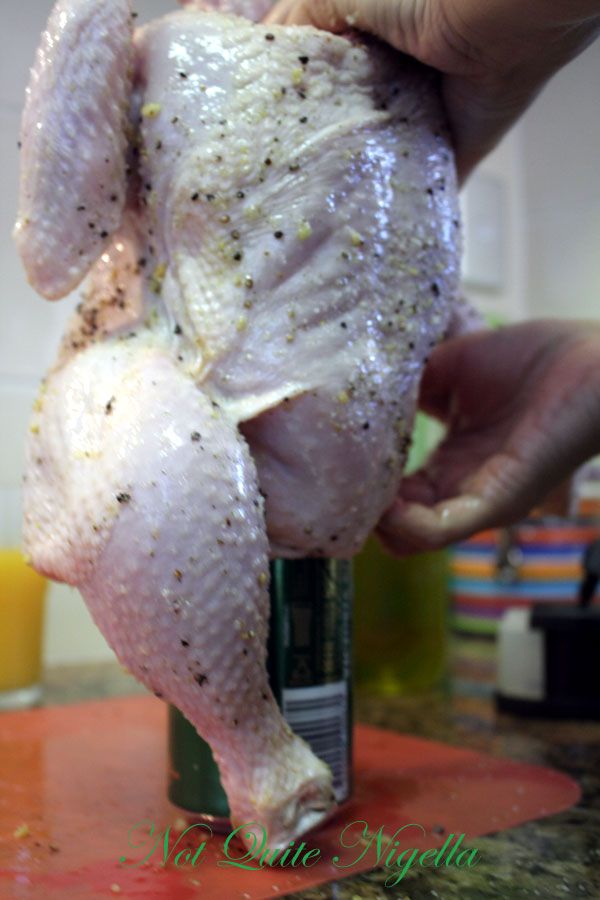 Impaling the chicken onto the beer

The two slightly tricky parts was firstly impaling the chicken onto the can of beer (you'll want someone to hold the can while you wiggle the chicken onto it). And do put it into the "bottom" of the chicken, unlike me who tried putting it in the top, such was my confusion. After the chicken is cooked and lovely and crispy brown, the can may be hard to get out from under the chicken, especially as it has very hot beer inside it so just be very careful - I would hate for you to get injured whilst attempting this! 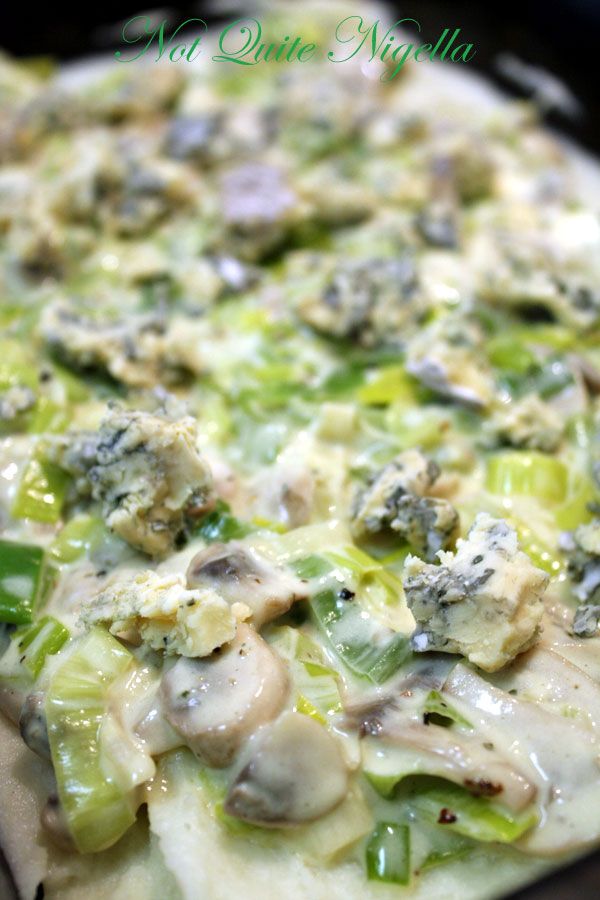 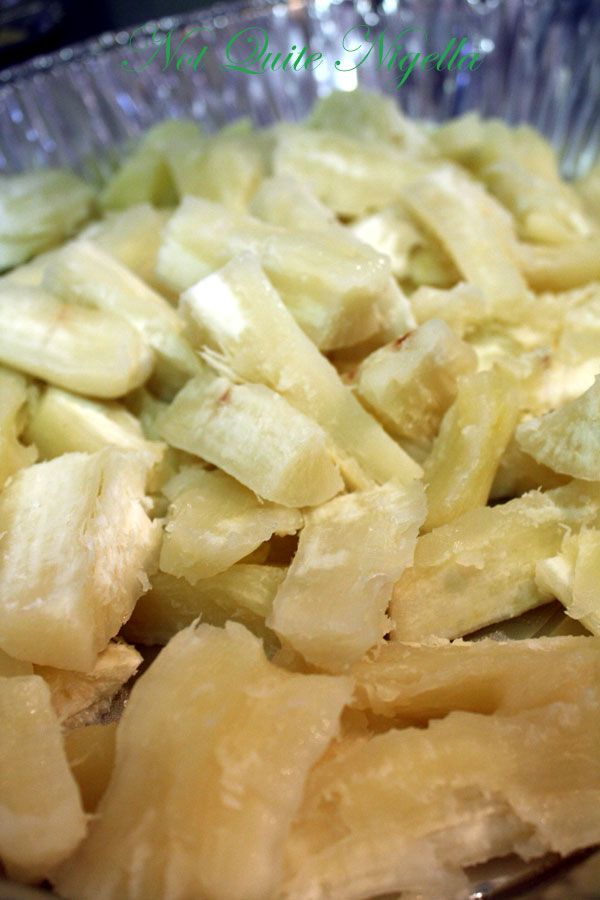 The resultant chicken is a gorgeously tender bird, steamed and so soft on the inside by the beer yet crisped and browned on the outside. So much so that M decided to make a trip to the store tomorrow to buy a tinnie of beer to BBQ her other remaining chicken. 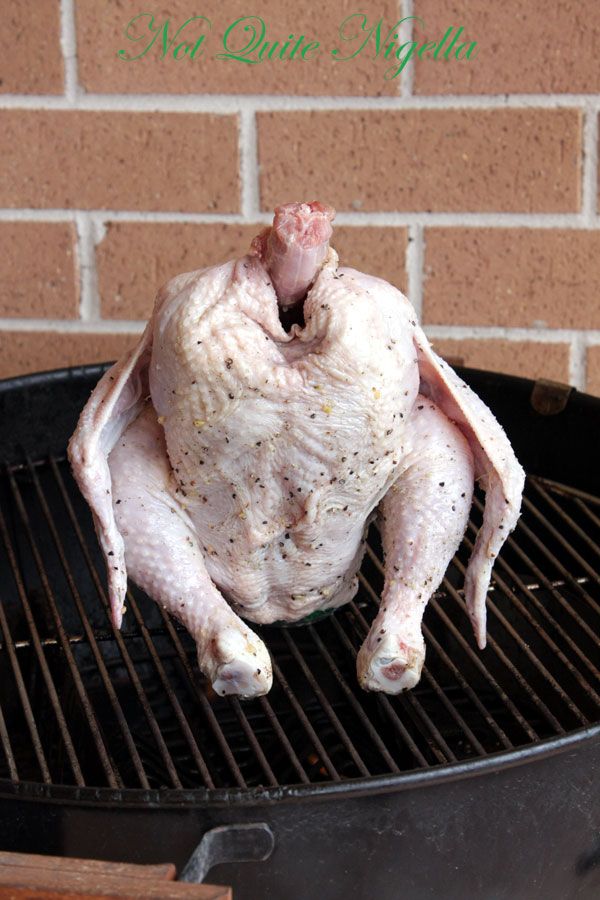 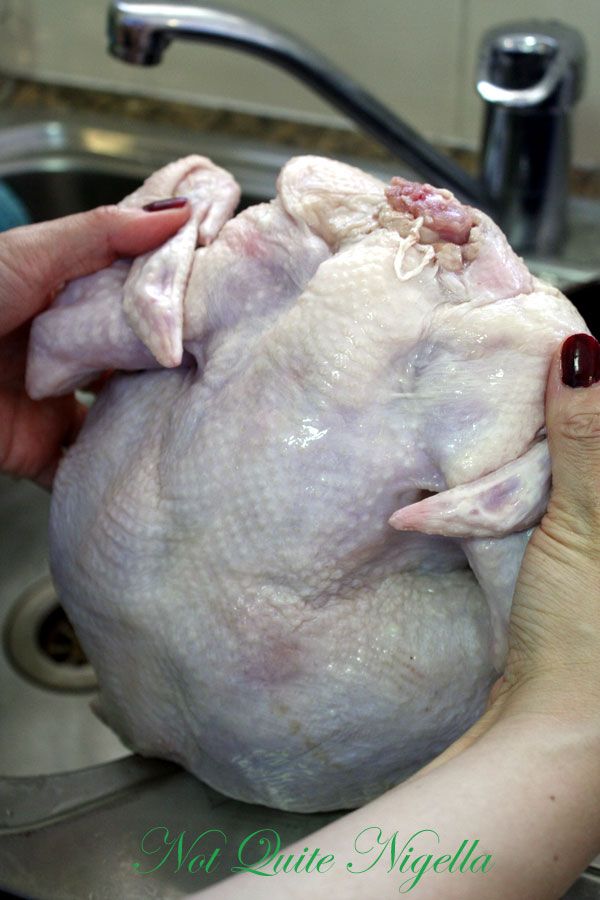 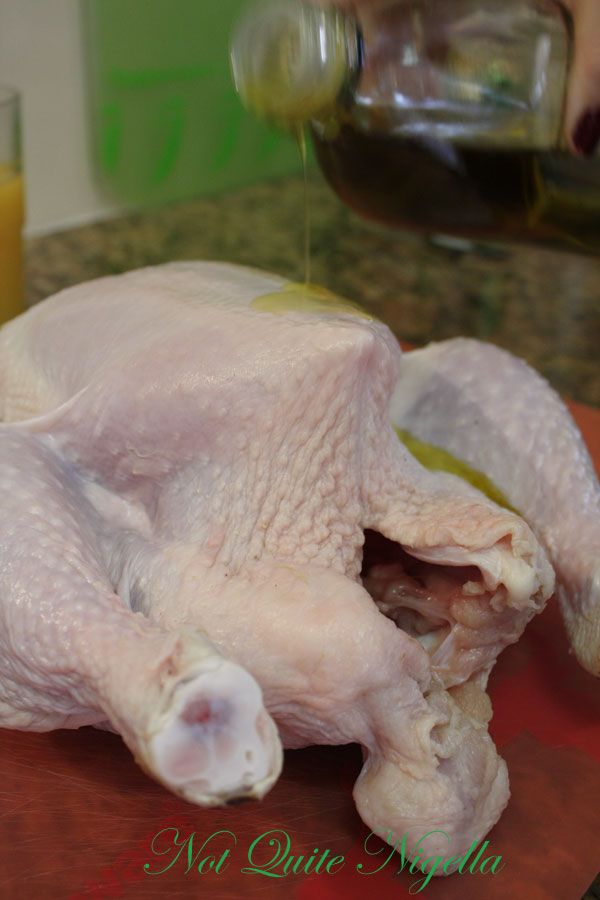 Step 2 - Remove fat from chicken and wash thoroughly and pat very dry with paper towels (drying it thoroughly will help crisp the skin). Rub oil over the skin and season with salt, pepper and bush spices. 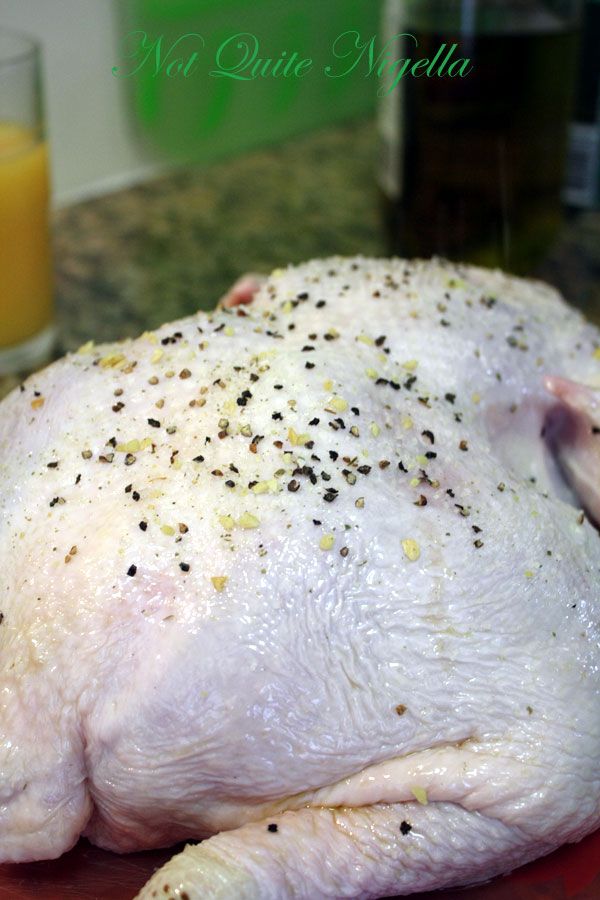 Seasoning the chicken with salt, pepper and native Australia spices

Step 3 - Open the tin of beer and drink half of it straight from the can (as part of the Aussie experience). Have someone hold the tin down and lower the opening of the chicken into it, wiggling about. 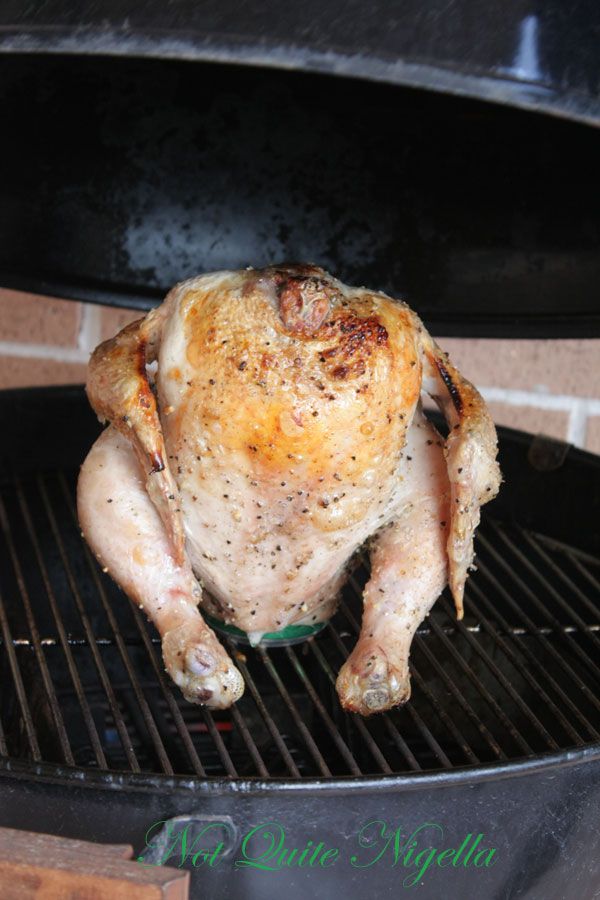 The chicken after 30 minutes on the BBQ

Step 4 - Place it on the grill of the BBQ, you may have to adjust the legs so that it sits upright. Cook for about 1 hour and 10 minutes if the chicken has been refrigerated, 1 hour if the chicken was at room temperature. With a knife, test the part where the drumstick meets the chicken so that the juices run clear. 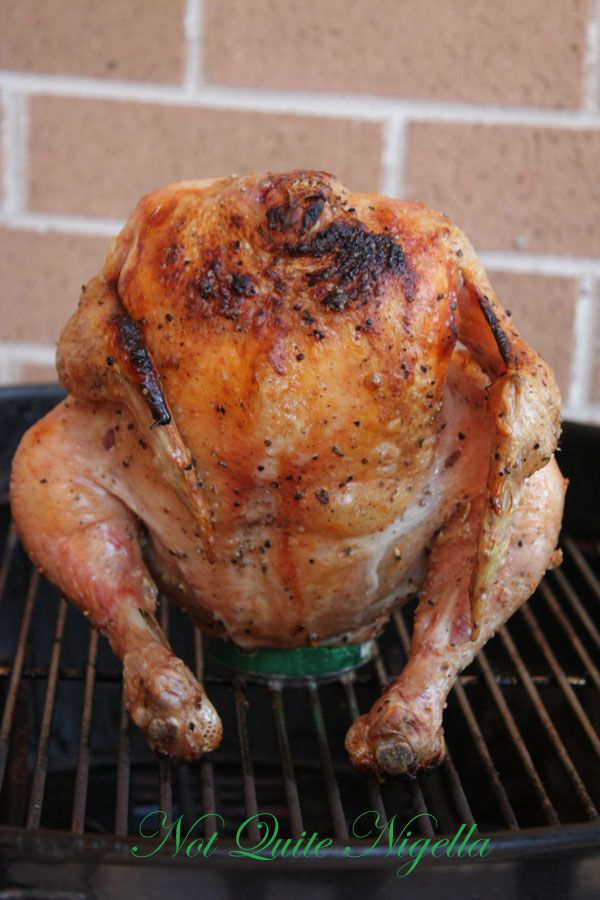 _The chicken after 60 minutes 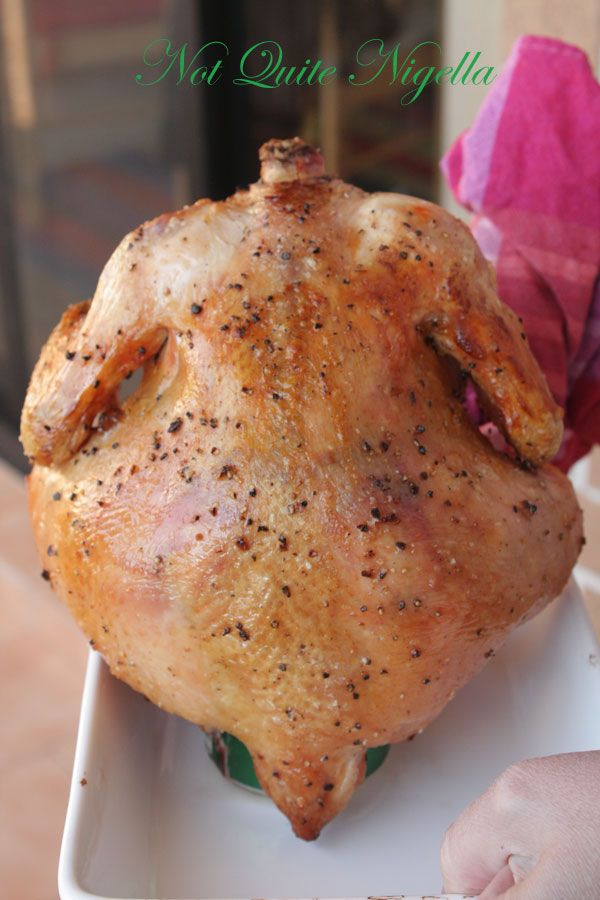