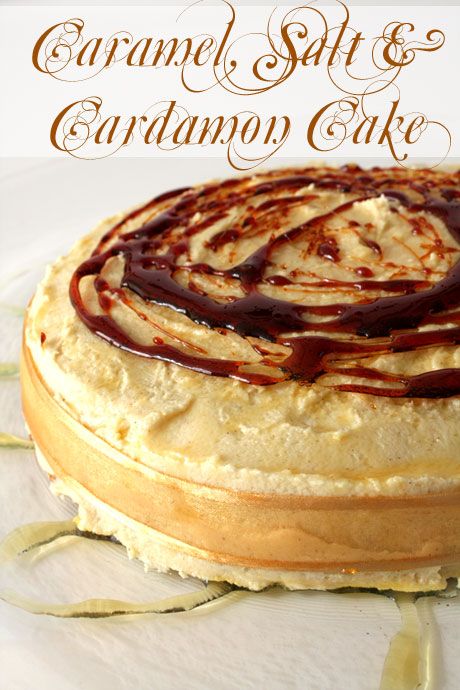 "Woah" I said to myself when I saw this month's Daring Bakers challenge recipe. I was scared on several levels, firstly that it was so long and secondly that it involved so much butter and sugar (half a kilo of icing sugar just in the icing!). Not something I am usually scared of admittedly but the steps involved had me a little scared. 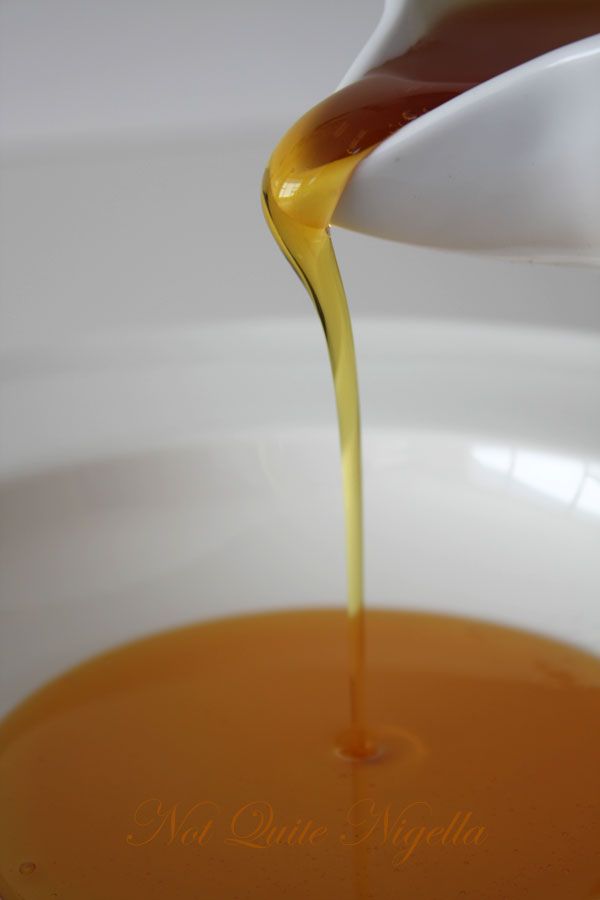 After reading through the recipe twice I broke it down into things that could be made ahead of time and the various steps in order to make the cake without minimal drama. I would make the caramel syrup one day, then the buttercream the next and then the cake so that it was completely fresh. I decided that I wouldn't bother with making the caramels as I don't have a sugar thermometer. 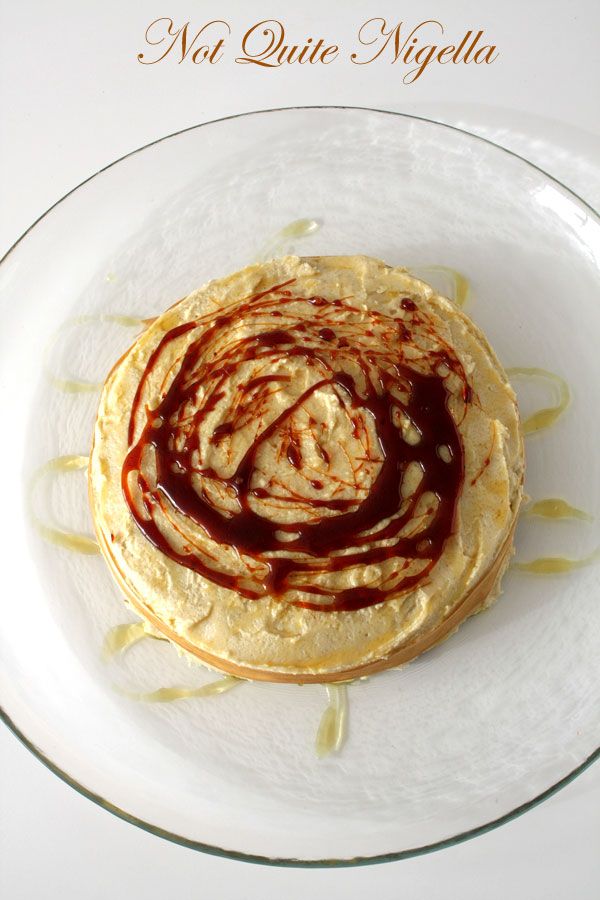 "HA!" I hear you say. Nice plan but of course once the baking bug bit me, I made the whole thing one afternoon driving myself slightly batty with the steps involved. For not only did I do the 3 steps, when I finished I felt it was a little lacking in decoration so I did some spun toffee and thus completed my own version of a 4 Step program. Baking rehab if you will. 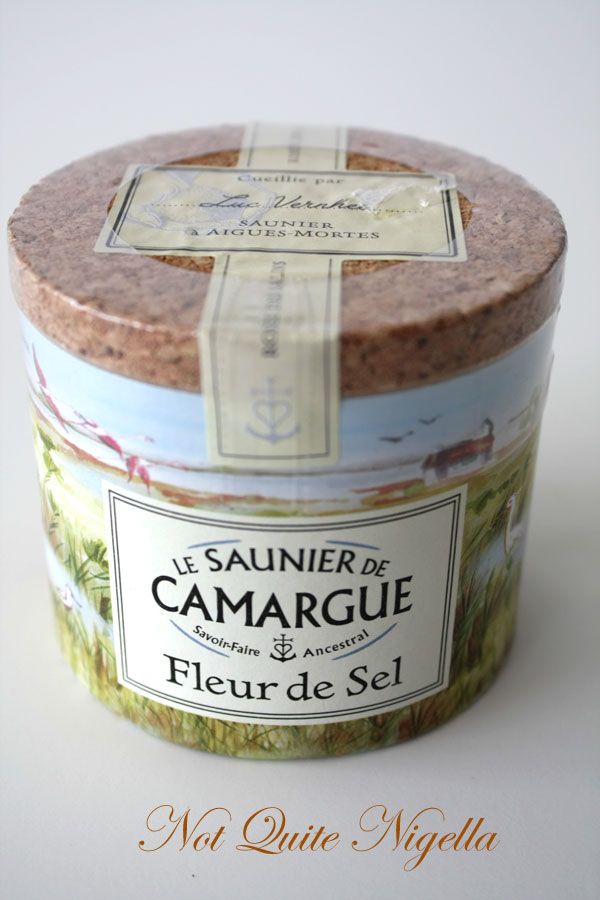 With Daring Bakers I knew we could make variations and I wasn't under any delusions, I knew the Caramel et Sel (caramel and salt) version would be popular, the saltiness heightening the flavour of the caramel but I also liked the idea of adding cardamom to the mix. I have eaten some lovely cakes flavoured with cardamon both here and overseas and one of my favourite pancake recipes, the Norwegian pancake, is flavoured by cardamon. The Fleur de Sel was one that I bought from my recent trip to Paris, from a little supermarket in the Île St Louis. 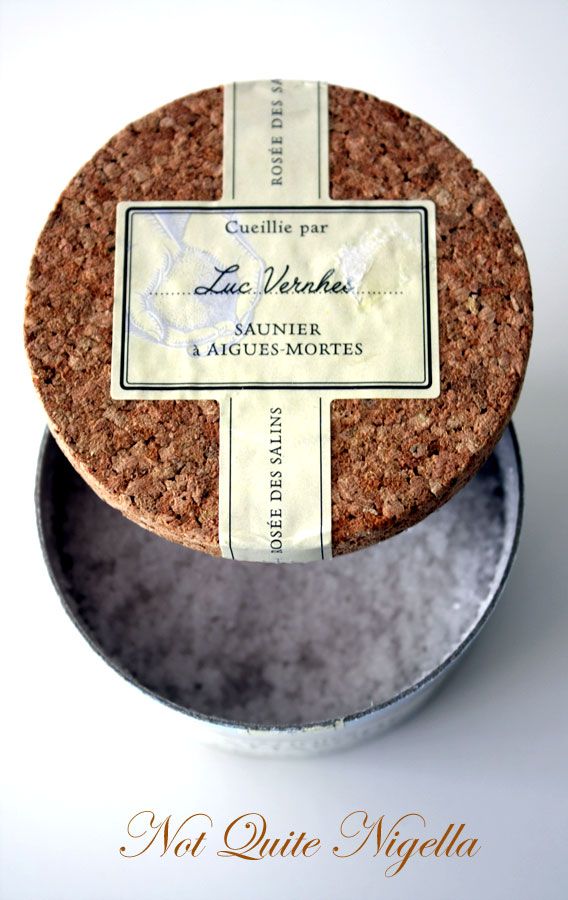 I know  Fleur de Sel de Guérande is supposed to be the best but Camargue is what they had and it is very good indeed. Fleur de sel is a slightly damp, hand harvested salt (although some say Camargue is machine harvested) and is said to be quite simply the finest salt to finish your dish with. Raking the fine top layer of salt was a job entrusted only to women called paludiers who delicately rake the top layer of fine salt that makes it way from the Atlantic Ocean to the marshes of France.

The only thing I'd suggest is that it is indeed a very sweet cake so splitting it and layering it in the centre would have rendered it a little too sweet for my taste (but if you have a sweet tooth, you'd definitely want to go ahead and layer it). So to make it a bit prettier I would suggest baking it in a smaller tin (say 8 inches) to give it that lovely height that you would get from layering. 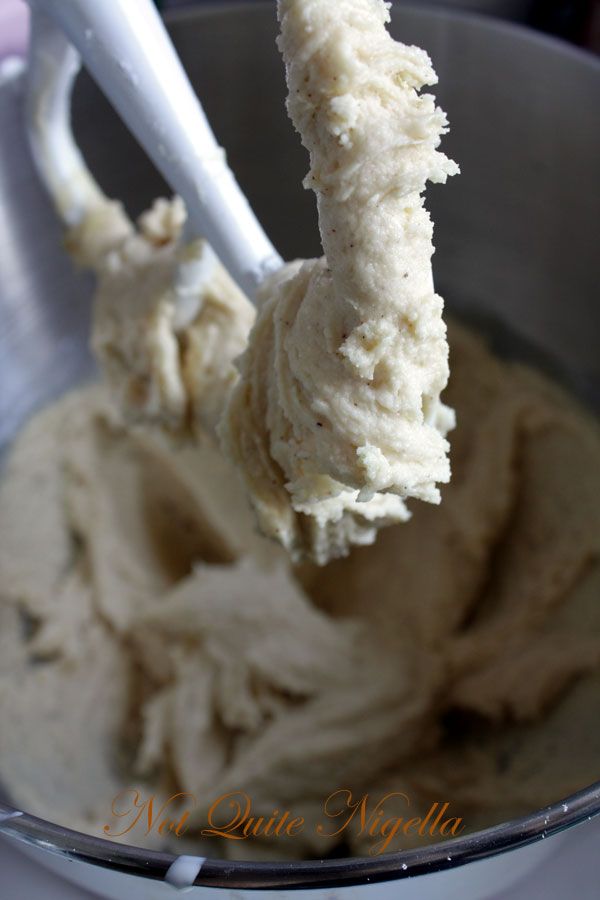 The cake itself, is gorgeously moist and eggy despite only having 2 eggs in it. What was a real revelation to me was the browned butter icing. I've had browned butter (or burnt butter or beurre noisette) before in pasta sauce and it was gorgeously nutty but I never thought to make an icing out of it. It's an incredible alternative to traditional Buttercream. Something you simply must try at least once-if you like buttercream I insist on it ;) . I'm not even a big cake eater, a small slice or a couple of forkfuls will do me (after slaving over a cake, it almost hurts to cut it up and eat it) but I kept cutting slice after slice of this cake. It's _that _good. 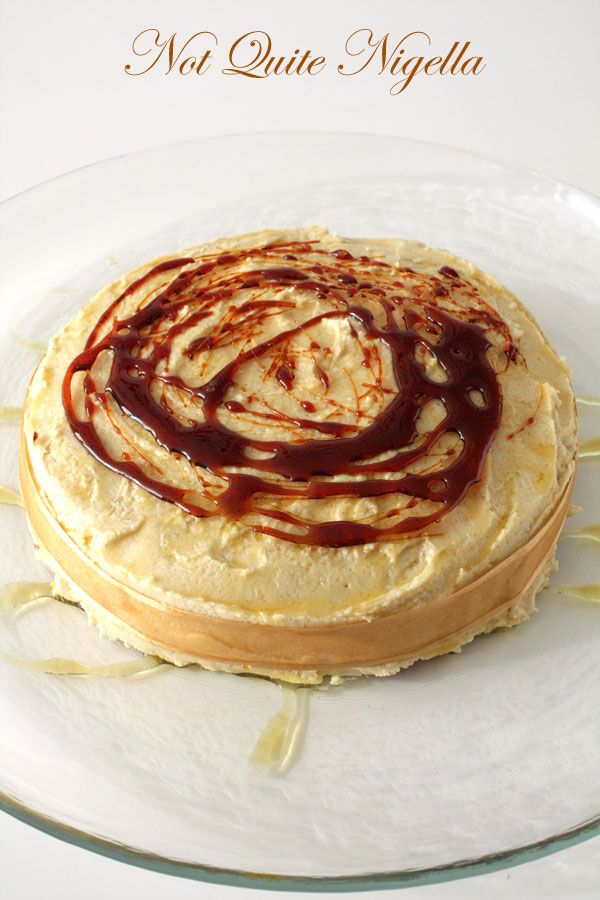 Step 3 - In the bowl of a stand mixer fitted with a paddle attachment, cream butter until smooth. Add sugar and salt & cream until light and fluffy.

Step 7 - Take off mixer and by hand, use a spatula to do a few last folds, making sure batter is uniform. Turn batter into prepared cake pan. 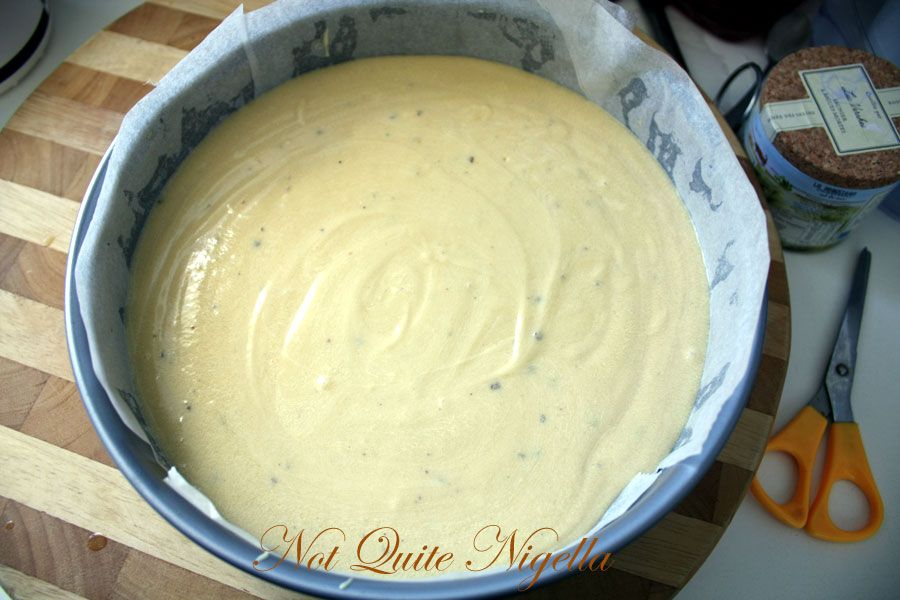 Step 8 - Place cake pan on cookie sheet or 1/2 sheet pan. Set first timer for 30 minutes, rotate pan and set timer for another 15-20 minutes. Your own oven will set the pace. Bake until sides pull away from the pan and skewer inserted in middle comes out clean. Cool cake completely before icing it.

Cake will keep for three days outside of the refrigerator if placed in an airtight container. 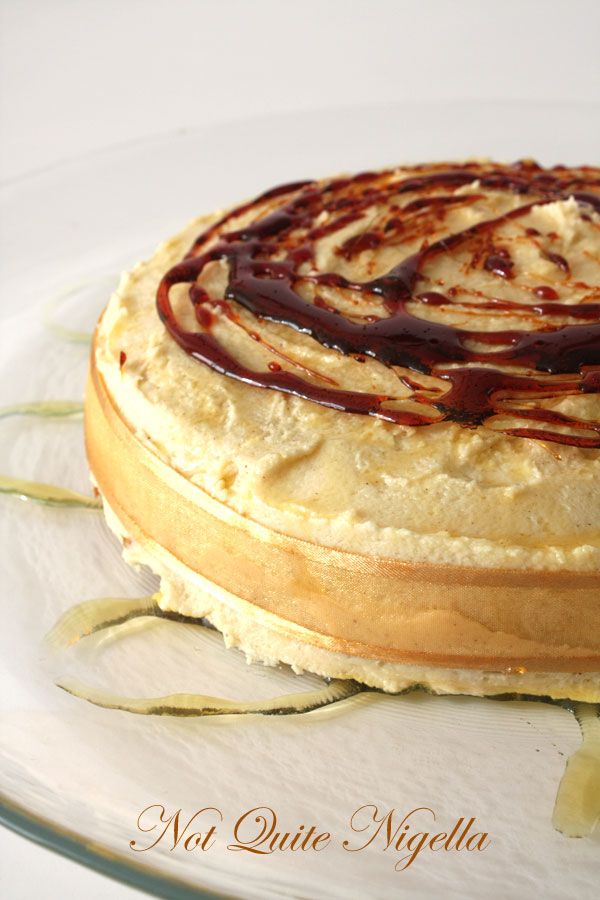 When color is achieved, very carefully pour in one cup of water. Caramel will jump and sputter about! It is very dangerous, so have long sleeves on and be prepared to step back.

Whisk over medium heat until it has reduced slightly and feels sticky between two fingers. {Obviously wait for it to cool on a spoon before touching it.}

Sprinkle a little Fleur de Sel to finish it

Note: For safety reasons, have ready a bowl of ice water to plunge your hands into if any caramel should land on your skin. 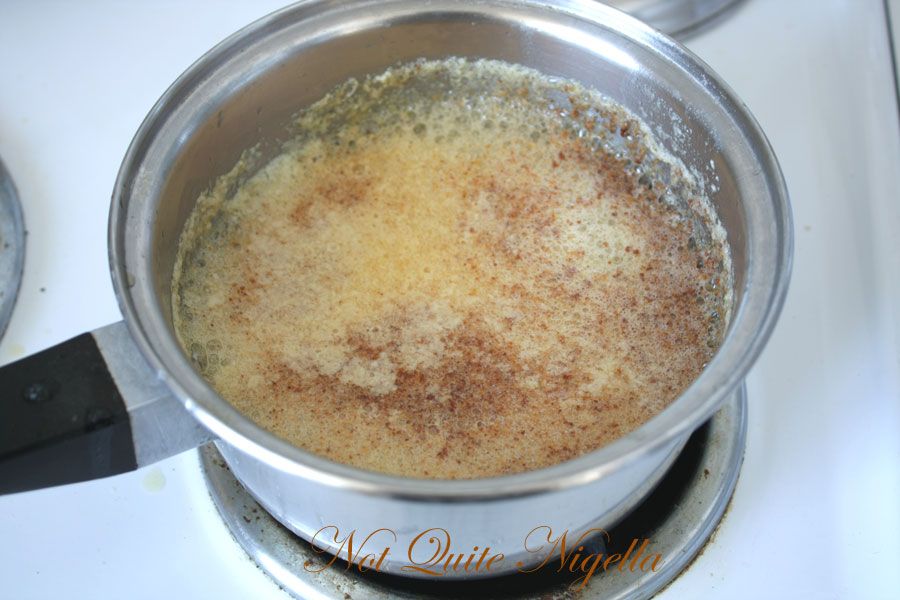 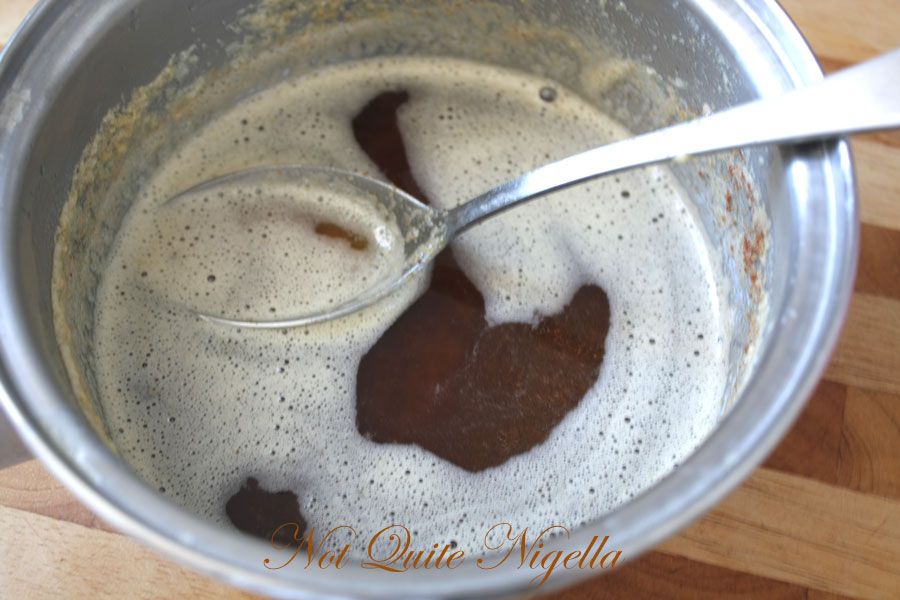 Cook butter until brown (be careful to not let it burn too much as it will become bitter). Pour through a fine meshed sieve into a heatproof bowl, set aside to cool. 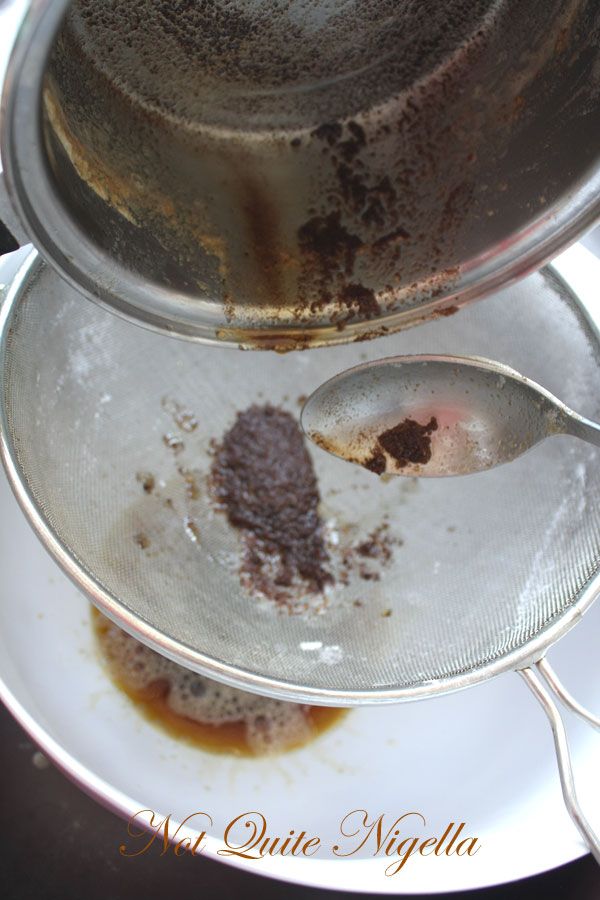 Note: Caramelized butter frosting will keep in fridge for up to a month.

To smooth out from cold, microwave a bit, then mix with paddle attachment until smooth and light

The blog host is Delores at http://culinarycuriosity.blogspot.com/

Alex (Brownie of the Blondie and Brownie duo) at (http://blondieandbrownie.blogspot.com/

Jenny of Foray into Food (http://forayintofood.blogspot.com/).