Conquering a Buffet 101: Buffeting like a Pro, Cafe Mix, The Rocks, Sydney 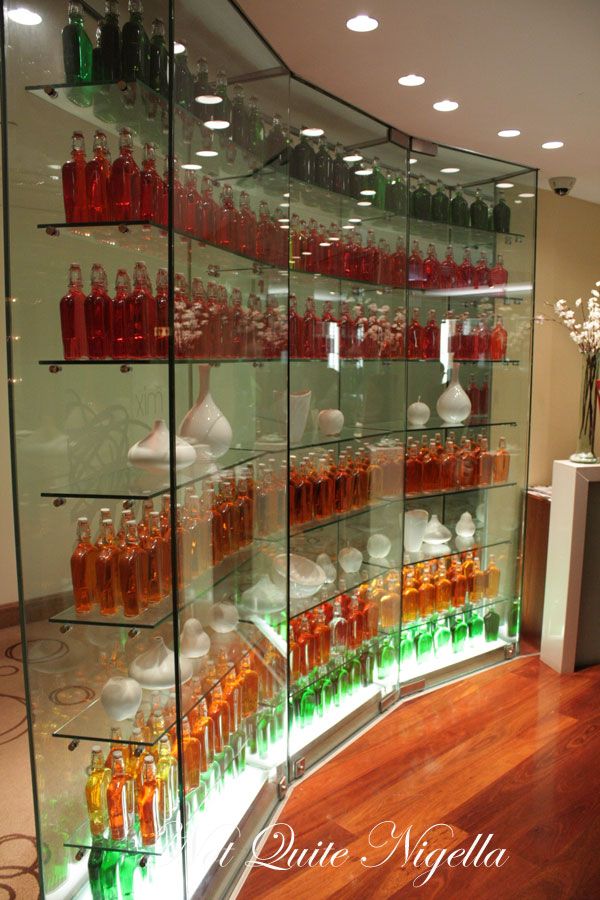 I don't often do buffets. It's not that I don't like the idea of them - there's something so gloriously medieval and Roman about a cornucopian spread of food. It's just that I just cannot eat enough of it to satisfy that I've gotten my money's worth with many buffets priced at the $60+ range. However there are exceptions to this rule and wave the We Love Sydney card which gives us half price buffet at Cafe Mix at the Shangri-La hotel and say the magic word "Lobster" and I am at the ready. For the magical price of $68 for two on Fridays and $85 for two on Saturdays, you can eat lobsters and seafood to your heart's content. My friends and family are generally good buffet eaters, and by good I mean good at extracting their money's worth and enjoying themselves at one. 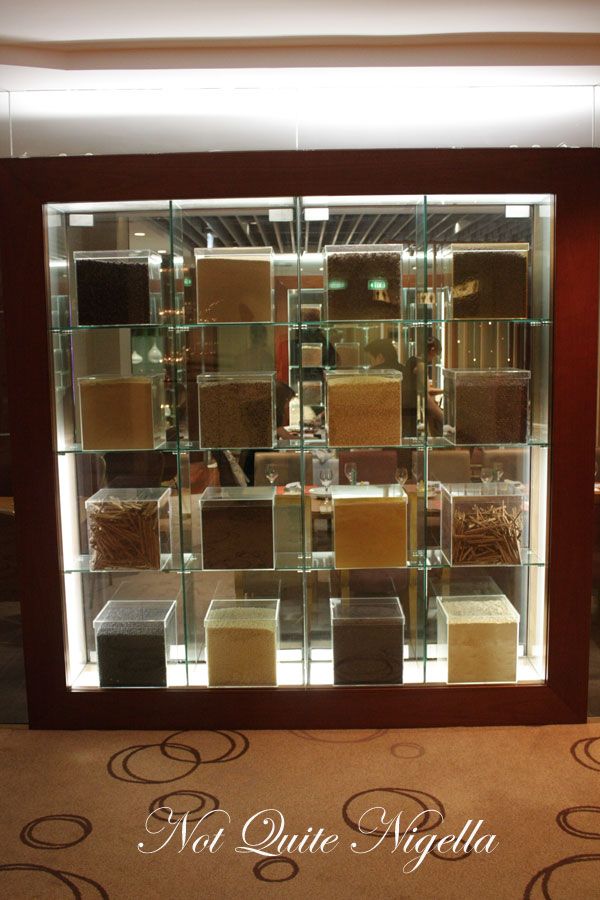 My friend in High School's parents loved buffets and I'd always be invited along. We'd sit in their lounge room prior to going out and the mum would announce that she hadn't eaten all day* and was ravenous in anticipation of the buffet. Her dad used to wear the special pants (not quite maternity pants but loose waisted pants) for the occasion and when we'd get there, they'd request the table closest to the seafood. It was usually prawns (they never went to a buffet without at least prawns) and they'd clear the supply of prawns carrying away plates of the stuff. My friend and I were a little embarrassed but little did we realise that they'd set the tone to how I approach buffets nowadays. 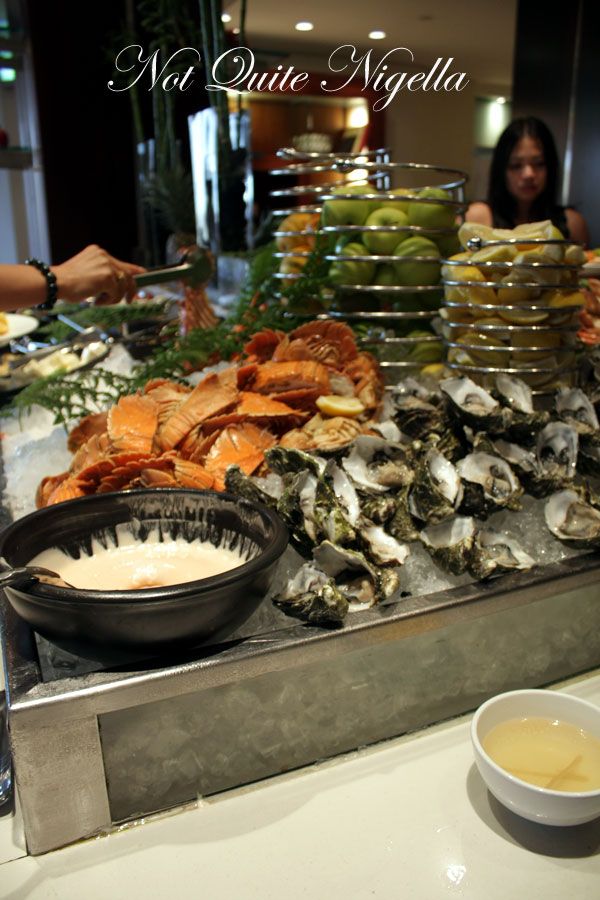 My husband is what you might call a  buffet amateur. This doesn't mean that he hasn't been to many, he has but he always gets chided by friends and family for selecting what he feels like eating instead of what might give him his money's worth. My dad is the same. He'll get a plate with some slices of roast pork, some potatoes and some pasta salad and be happy with that, forgetting that he has just paid $60 for that plate. My mum will literally tear her hair out at him. When we go to buffets, it's an almost competitive experience but with a  difference, everyone wants you to do well. 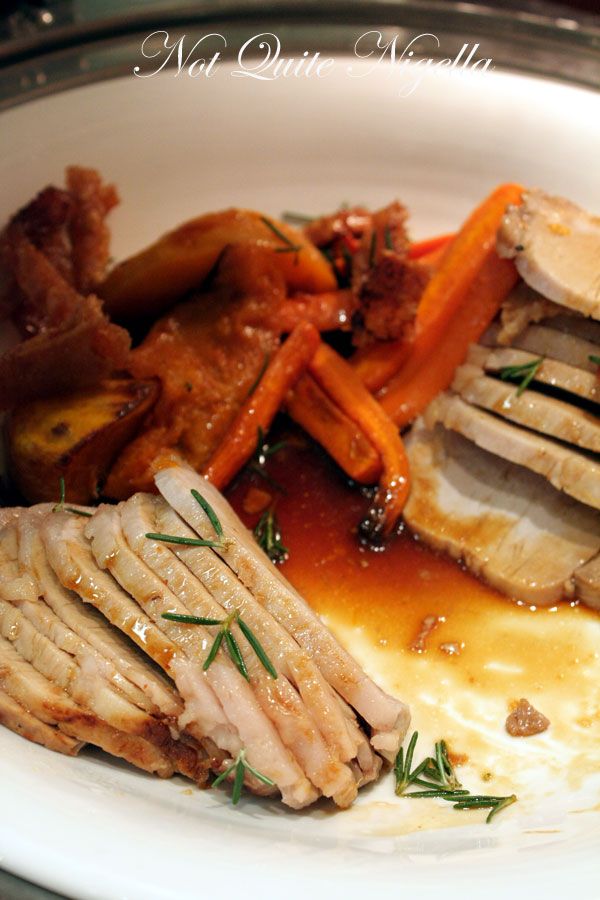 Pork Roast with crackling separated for easy access-yes crackling, food of the gods!

One thing that I asterisked was my friend's mum's comment that she hadn't eaten all day. I think this is a mistake. I find that my stomach "shrinks" if this happens. Some say that eating breads and pastries however ensures that you will be hungry, protein less so.  So despite all natural instincts to eat less carbs, eat more (the opposite of what you'd do when you have a big event coming up and want to look your best). Take it from the word of competitive eaters.

Ask for a table near your favourite foods in the buffet (and no I don't mean dessert!). Not only does this assist in your endeavour but when the best foods are replenished you'll be the first to know. Thankfully at Cafe Mix, this wasn't an issue except for with the fruit salad. The seafood was readily and steadily refilled.

Survey the buffet before digging in. No matter how pretty the desserts look (and they usually look very appealing and colourful) ignore them. Didn't you know that there is a separate compartment for desserts anyway called the Dessert Tank? Have a look at everything that is offered in a buffet. Pretend you're on The Price Is Right and price them.

Filling up on drink will reduce stomach space so say no to drinks or only order some still water and merely sip it. I never finish my drink, ever, even when I'm not at a buffet. I have my stomach space reserved for food. 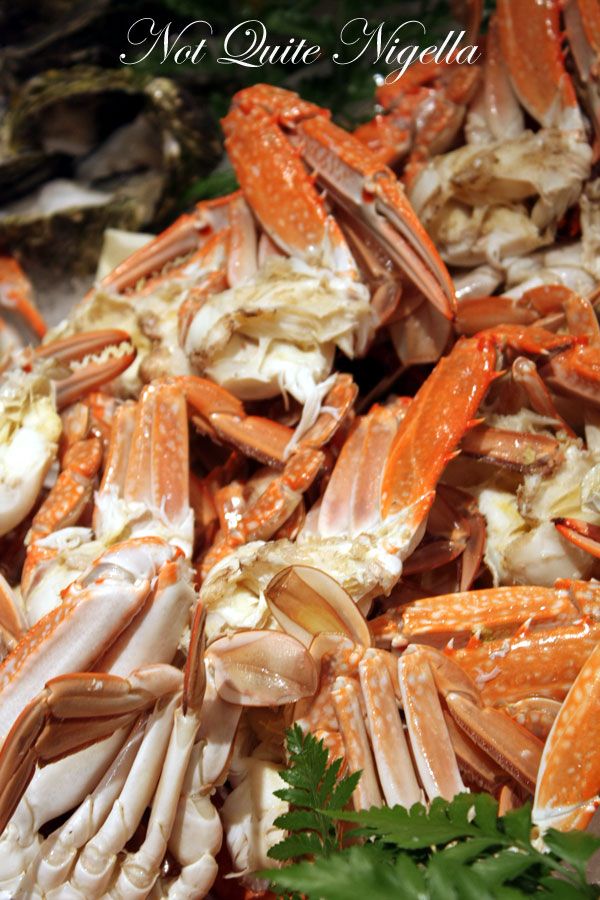 Having a look at the buffet and doing my research online, from the range offered today I categorised the food into 3 sections in terms of value: 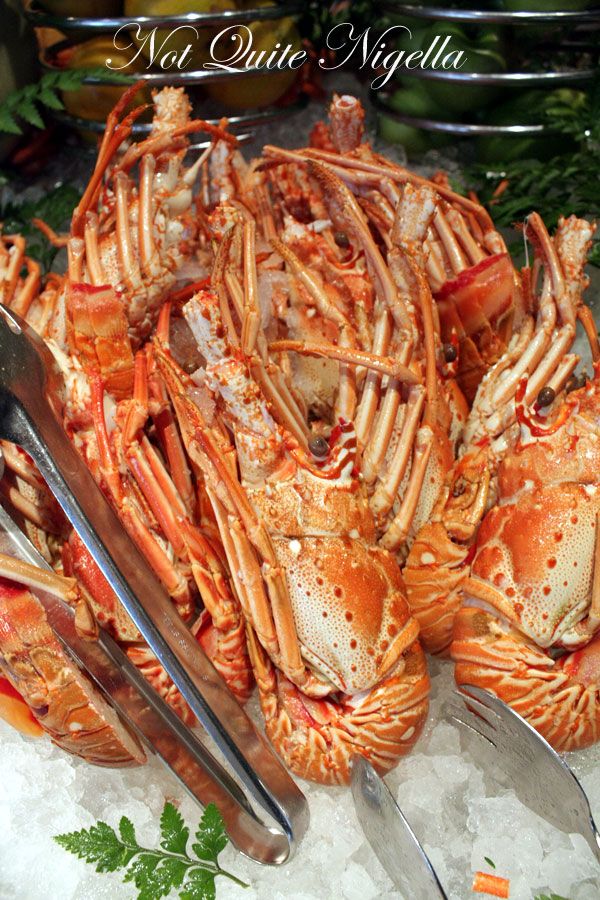 Lobster: aside from Abalone (which you'll never get at a buffet, this is the prize pick) 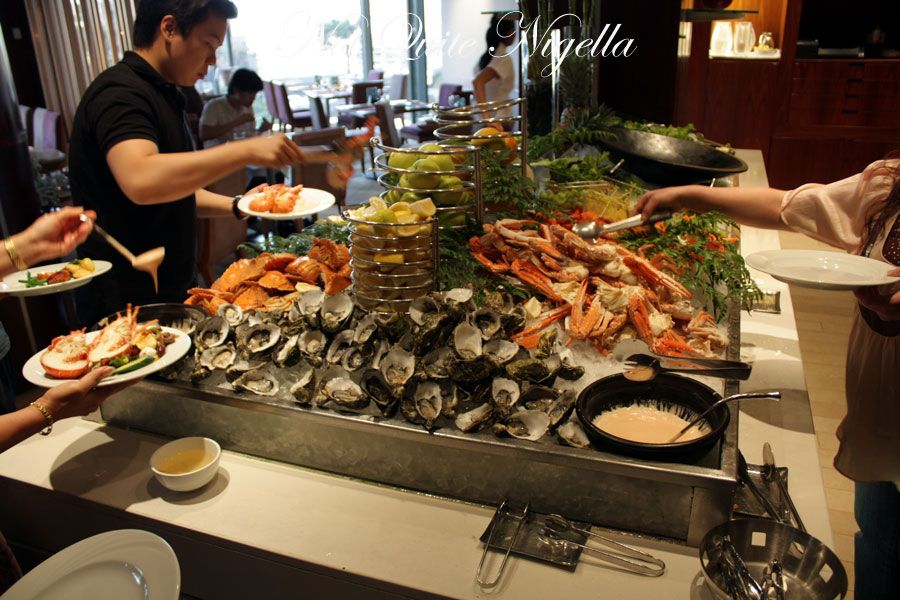 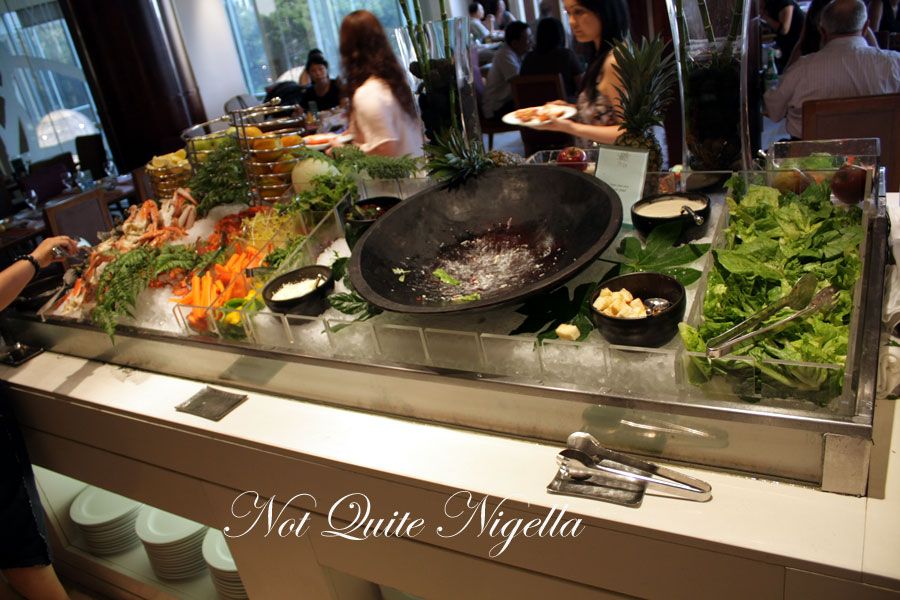 _Cafe Mix's Salad bar: You get the ingredients from the side and mix them up in the bowl in the centre. 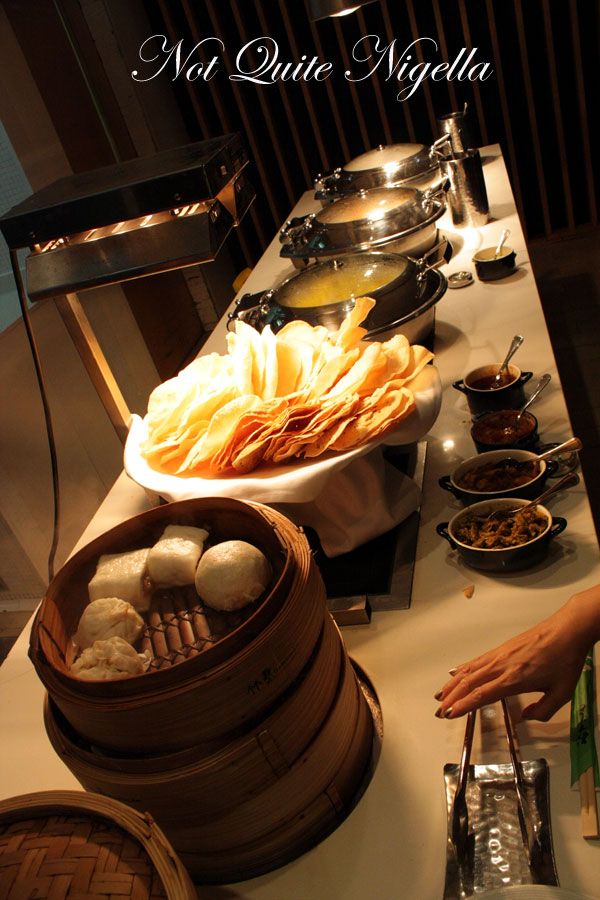 The hot foods buffet: tempting no? But be strong and resist! 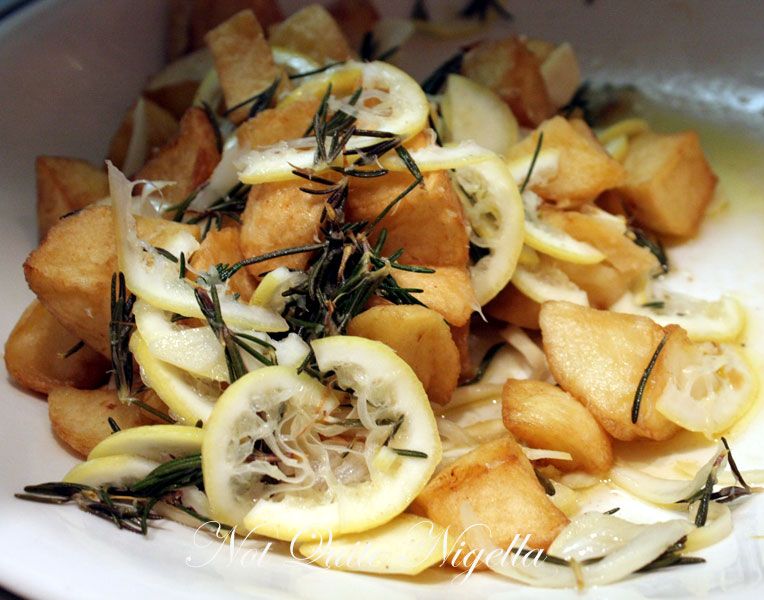 Potatoes: need we explain how filling these are? 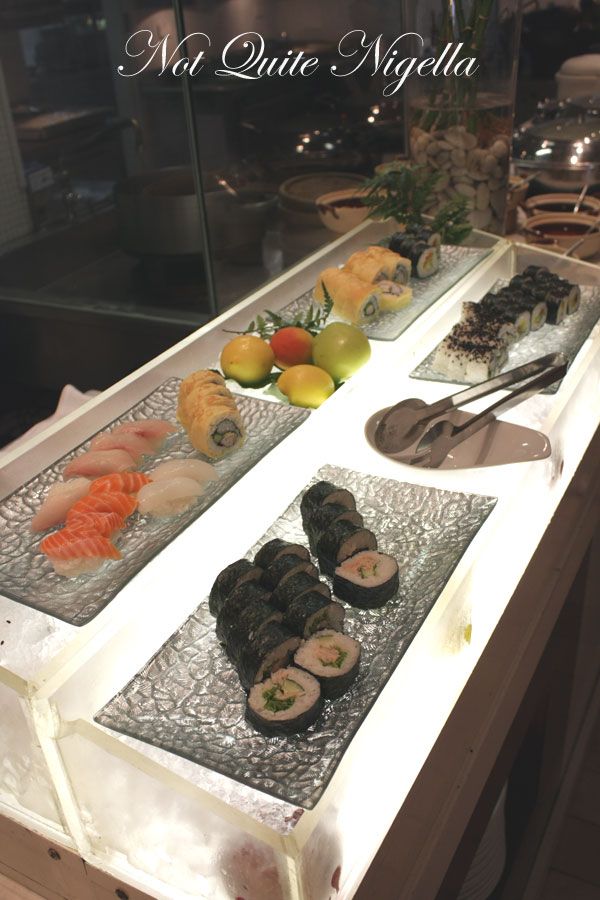 Hmm that sushi looks tempting doesn't it? Makes you want to dive right in and take a dozen pieces? No! Put that down. There's too much rice. Remember, it only takes about 2-3 sushi rolls to fill you up for dinner ;) Sashimi is another matter and I have heard of people that take the sushi and just throw away the rice but to me that's wasting perfectly edible food and I personally do not like to waste food. But to each their own (but there are starving kids don't forget).

As I've mentioned I consider myself a seasoned buffet eater. Getting my money's worth is almost like a sport here. So I would call myself a Pro Buffeter and my husband, due to his love of all the filling foods, an Amateur Buffeter. 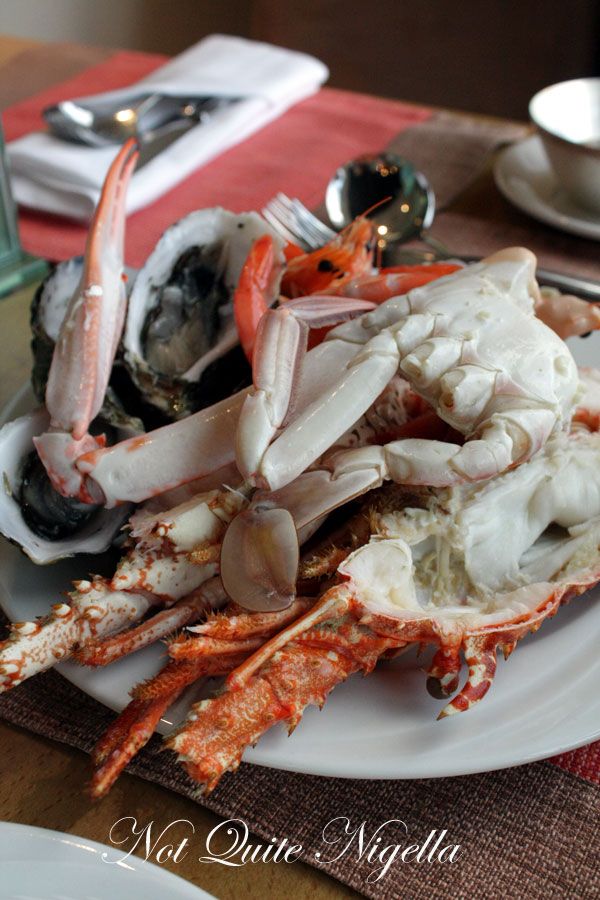 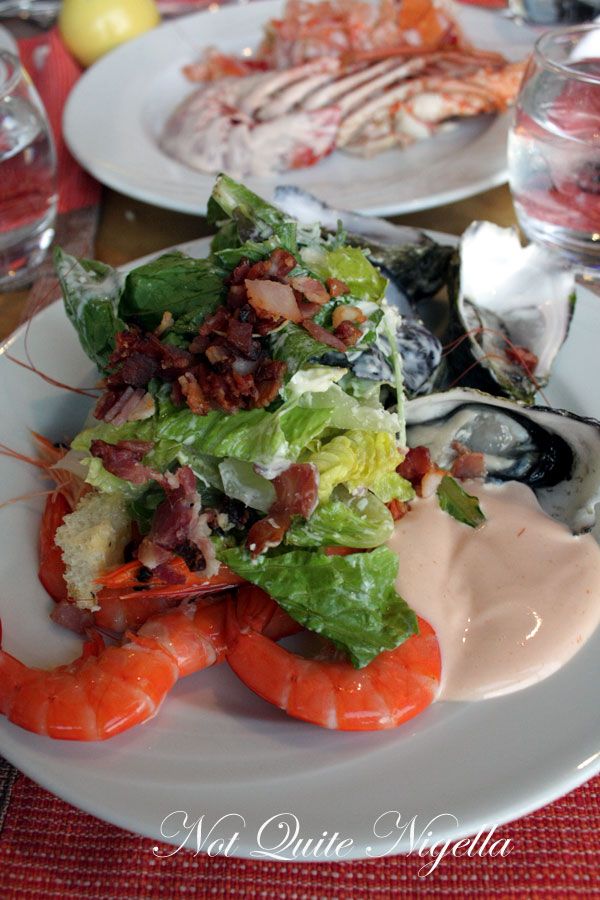 Seafood of course is expensive so this is why I choose it and also because I absolutely adore seafood. But do trust me in if abalone were there I probably wouldn't care for it as I don't really like abalone - I'm not that pitiful. The Lobster (the main attraction of the buffet) was a bit tougher than I'd like but I'm not complaining when it was so frequently replenished. However my enemy is my stomach space. My husband can put away double what I can. I'm also a great buffet companion if you're eating prawns. I'll finish after a plate or two and then offer to peel your prawns for you. My husband loves this. 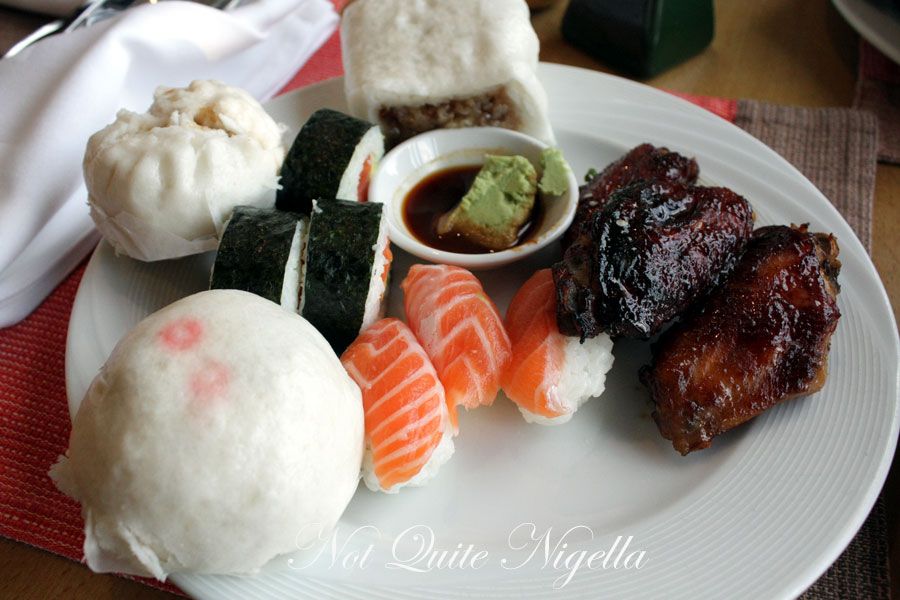 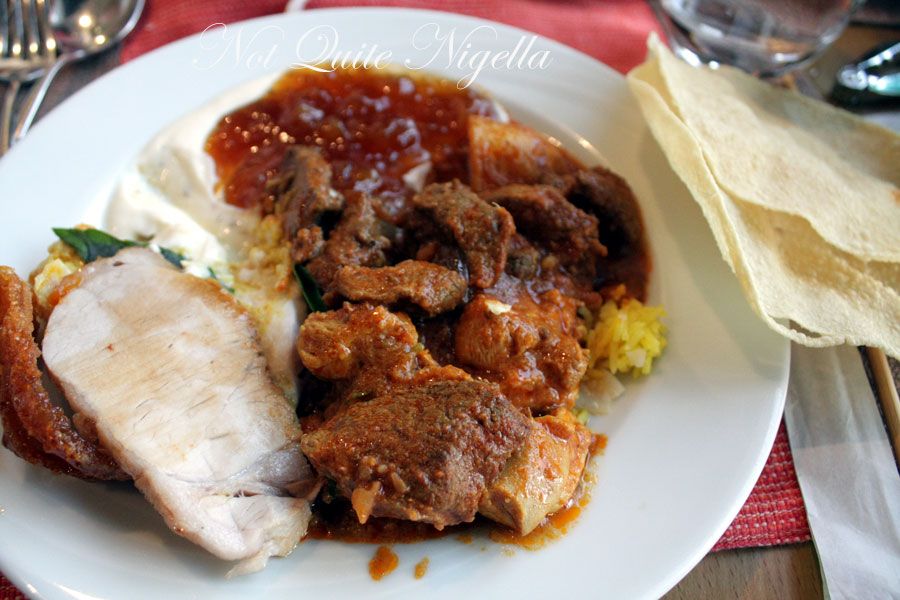 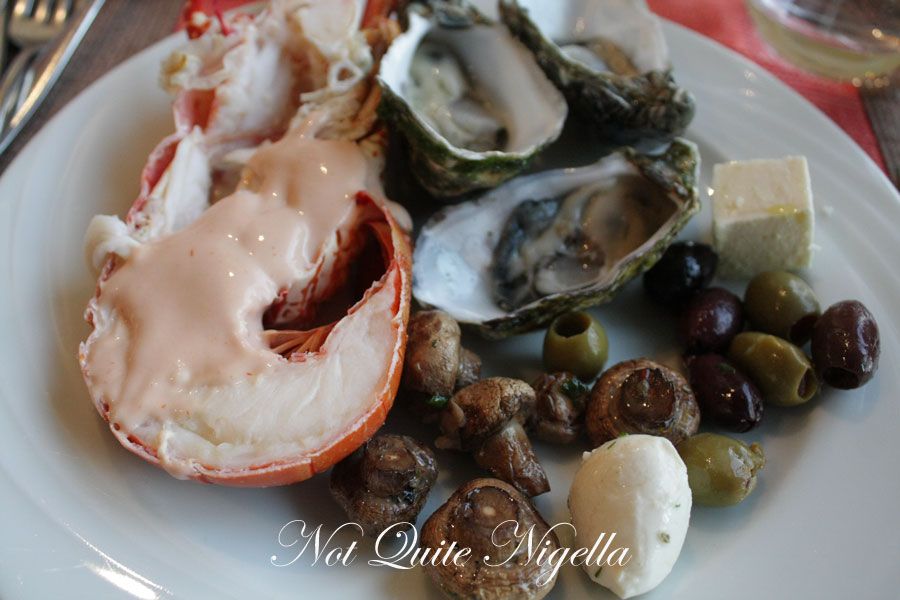 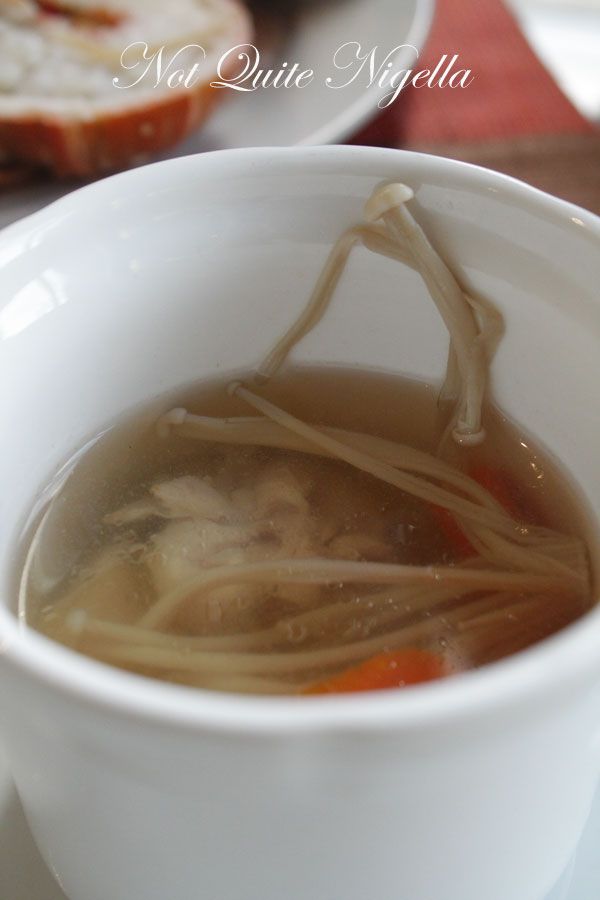 See the difference? My first plate has virtually paid for the whole meal. You'd have to eat about 6 plates of my Mr NQN's 1st plate to get your money's worth. And if you don't have a big appetite then you want to do so because let's face it, you're not paying for the atmosphere or the service. Sushi is filling (he can eat 3 sushi rolls and be full), chicken wings are inexpensive and chinese buns are filling. That said, he did quite well, his third plate contributing much towards the value for money aim. He remarked that the Sushi wasn't too bad as far as buffet sushi goes, the chinese dumplings were just like at Yum Cha, the Hoi sin chicken wings were delicious and the Indian chicken curry was nice but the lamb curry was chewy. He did say that next time he would get more seafood and quash his natural instinct to get more filling carb loaded food (being a keen sportsman the instinct was probably borne from the need for lots of filling calorific food).

Dessert-the most popular girl in the class 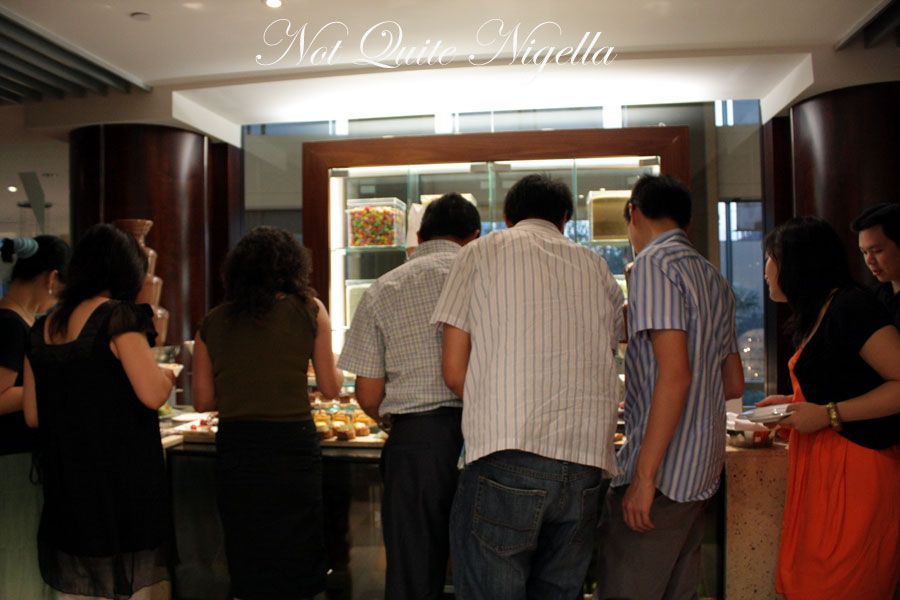 Everyone huddled around the dessert buffet 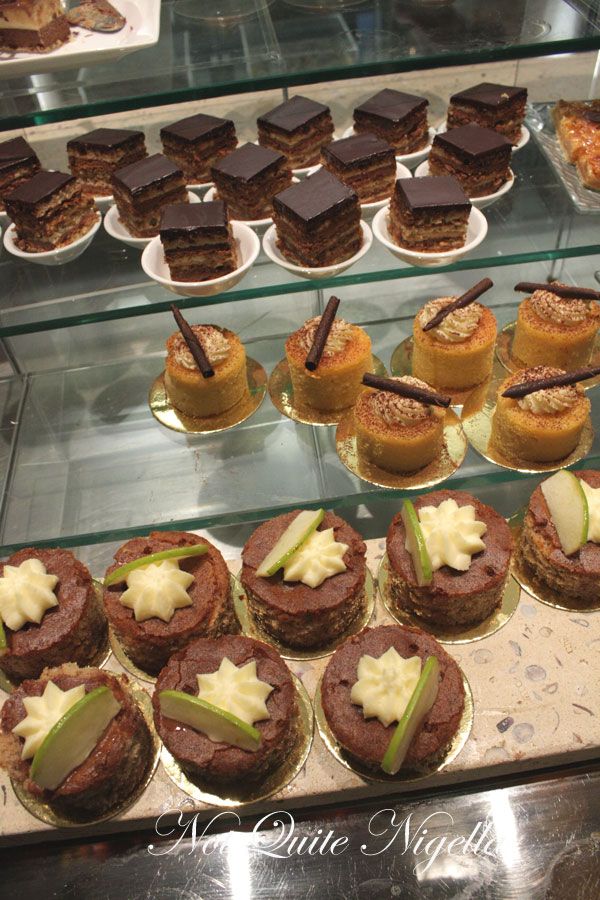 Ahh the tempting end of the scale. I used to get really excited at desserts until I started making them. I shy away from those large sheet cakes cut into buffet sized cubes, they always taste the same. The range at Cafe Mix is a pretty good one, with creme caramels, creme brulees (although no hard toffee crack), brownies, caramel slices, light cheesecake, chocolate mousse cake, tiramisu, custard tarts, 4 types of ice cream, lollies as well as fruit salad, strawberries and marshmallows and 2 chocolate fountains (a dark and a milk chocolate one). So unless you're craving a really high end dessert, you should be able to find something here. 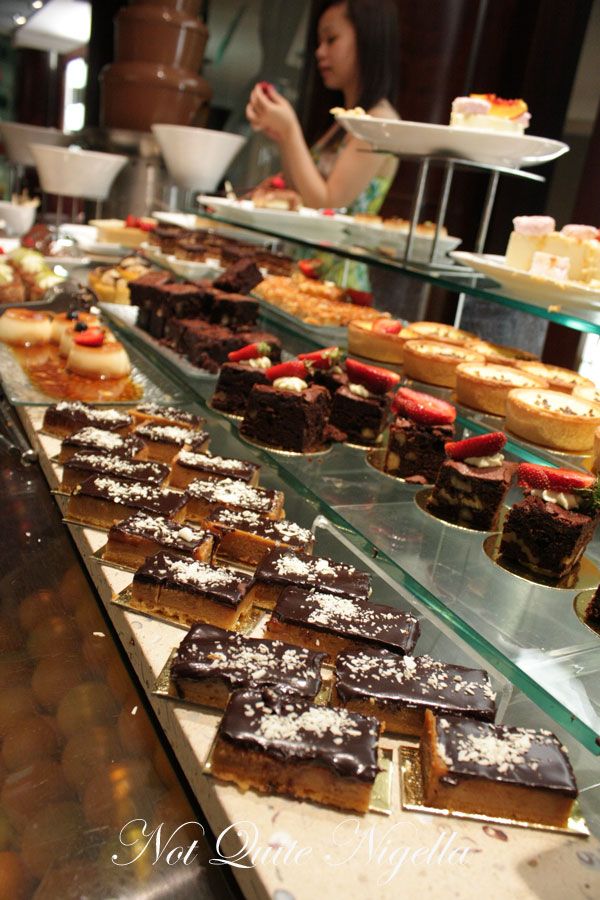 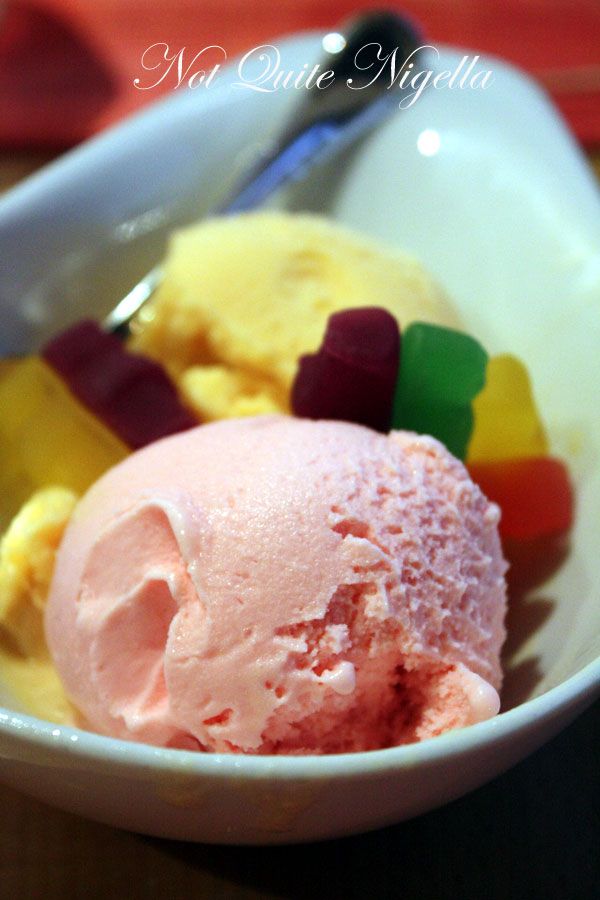 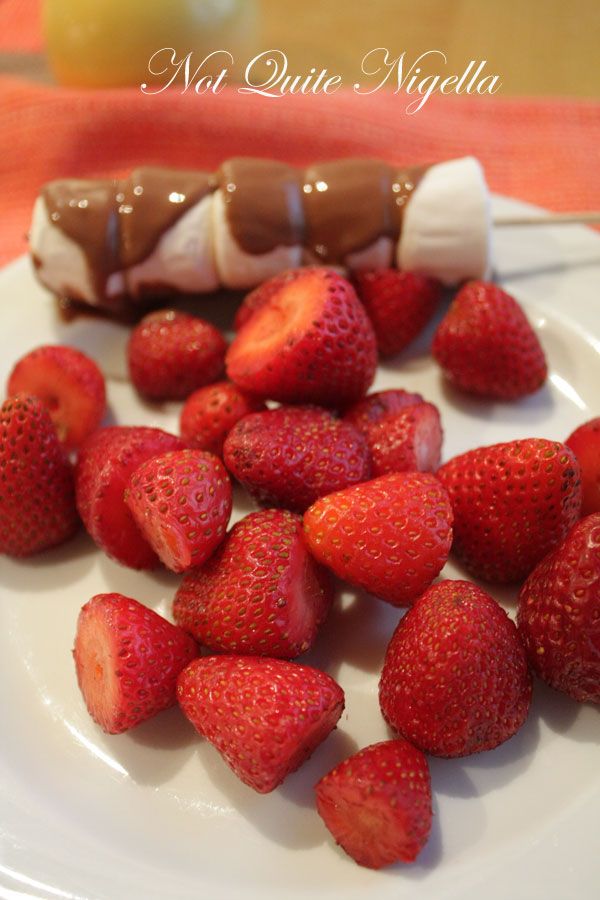 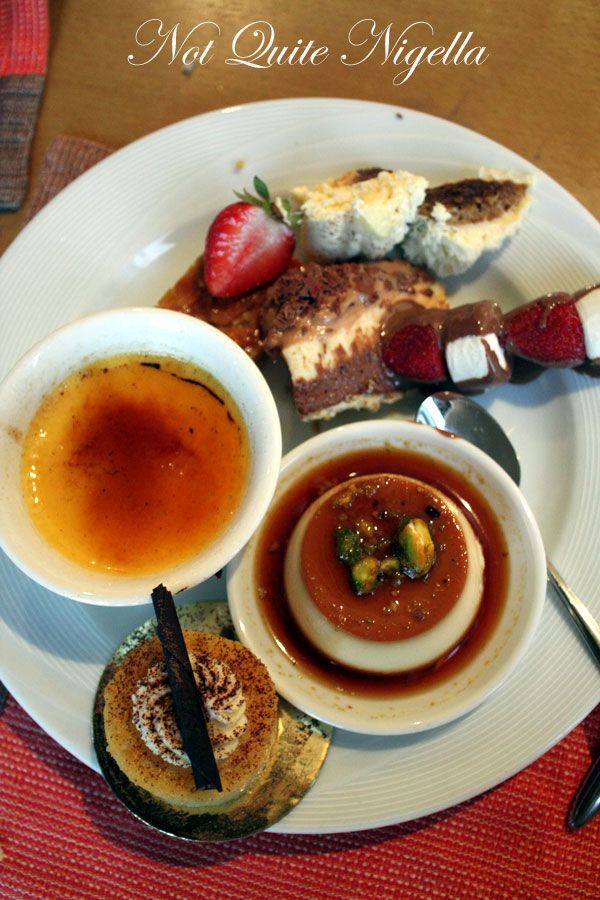 Yes, you can see that curiousity got the better of me and I got a bit of everything on the dessert buffet. The Creme Caramel was a little bland, the lemon cake (bottom of the picture) tasted too much of the bitter lemon rind rather than the fragrant zest and the creme brulee didn't have a toffee crunch on top. My favourite was the strawberry and marshmallow kebabs, that you can fashion while at the dessert buffet and dip in the milk chocolate fountain.

As for Mr NQN, with 6 plates full, he certainly did get his money's worth with the sheer volume of food he managed to consume. And at 3 plates worth I think I did too. Which brings me to ask, are you a Pro or Amateur Buffeter? What are your buffet tips and do you always get your money's worth? And which is your favourite buffet place? 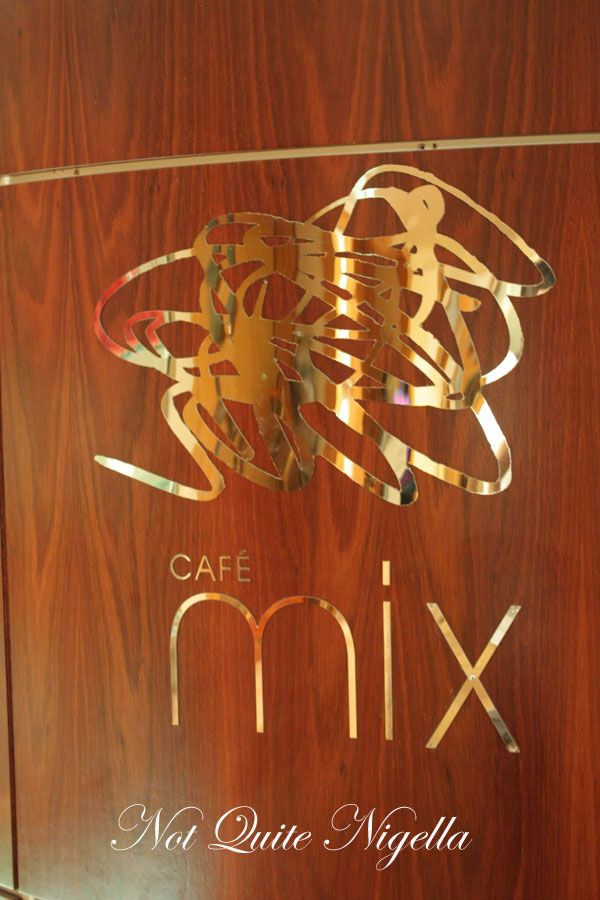 Cafe Mix at the Shangri-La Hotel

We Love Sydney offer available until the 28th of February

Lobster available on Friday and Saturday nights. Prices vary according to the night: