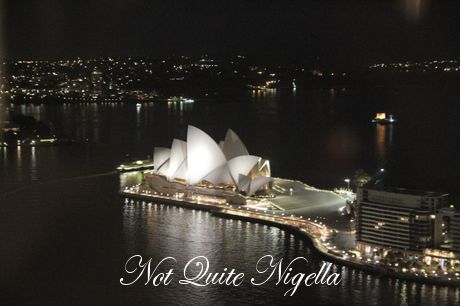 Slow food and local are two terms that are increasingly popular nowadays. I recently visited Daylesford in Victoria where I was lucky enough to meet The Lake House's Alla Wolf-Tasker and her daughter Larissa who told me that within a few kilometres they have five organic farms selling them produce. One thing however I didn't realise was that for a Sydney restaurateur, this sort of access is rare and more often than not, quite hard work. Steven Krasicki is Altitude's executive chef and putting together a Hat's Off dinner as part of the Sydney International Food Festival proved a little tricky-like pulling a rabbit out of a hat, chef style. 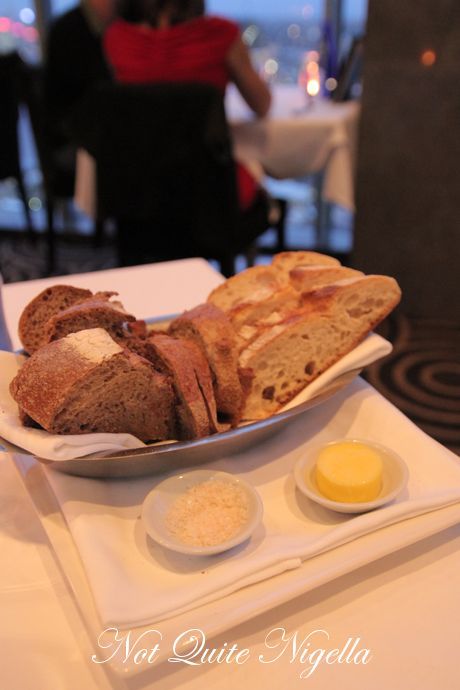 He tells me "When it comes to local fruits and vegetables its more what's at the market on the day so the difficultly was in the way that we did the dinner because it was a menu that was dictated by what was available. This means any last minute changes were inevitable due to the supply. i.e. when it comes to locally caught fish, when the seas are rough or there's bad weather the boats don't go out and there's a lack of supply."

Tonight I am dining with the lovely Joanna from the Shangrila Hotel. The room is spectacular with floor to ceiling windows to take advantage of that view. Oh yes that breathtaking view. There are three breads to choose from, a wholemeal ciabatta, a white ciabatta and rye. I do recall some fantastically experimental breads the last time I dined here like a blue cheese bread and a sun dried tomato bread and they were so good that I had several serves thus putting my main meal in jeopardy. These ones are good but I'm still kind of pining for the other breads (although my dresses are breathing a sigh of relief I suspect). 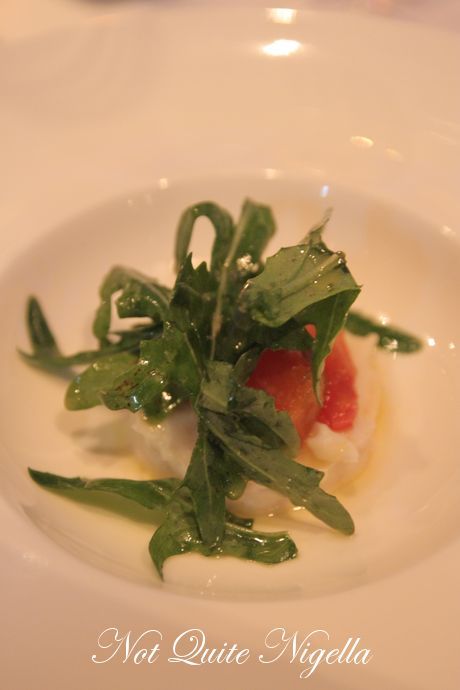 Our first course is a brandade of leather jacket fish served with delightfully smokey heirloom tomatoes and rocket. Steven uses a mixture of tomatoes including black russians and Oxhearts and they are smoked using gum tree leaves from one of the chef's family property on the North coast. The brandade which is a purée of fish, oil, milk and salt is usually done with salt cod but this leather jacket version is very good indeed with small flakes of the fish interspersed through the creamy, velvety brandade. He tells us that when the delivery of tomatoes arrived they were all wrong, in that they were too firm so he called his buyer and they hand picked one box out of 20 or so boxes. 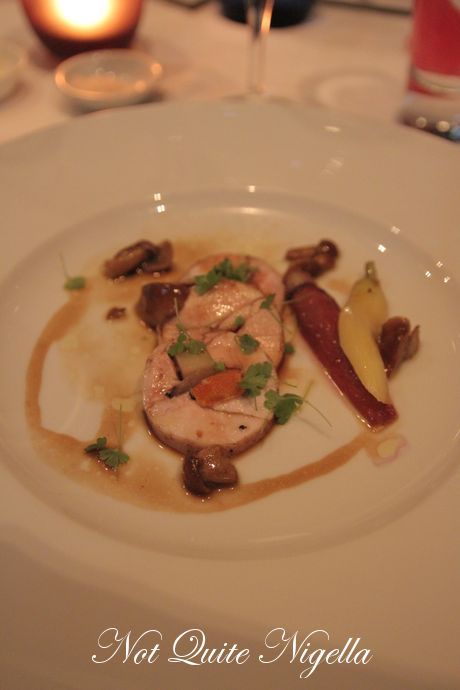 Our next course is a ballotine (boned, stuffed and rolled) of spatchcock which is stuffed with carrots is lovely and tender and sliced into rounds. There are also some purple and yellow carrots that are lightly pickled and crunchy and the pickled nameko mushrooms are a good match for the earthy spatchcock. 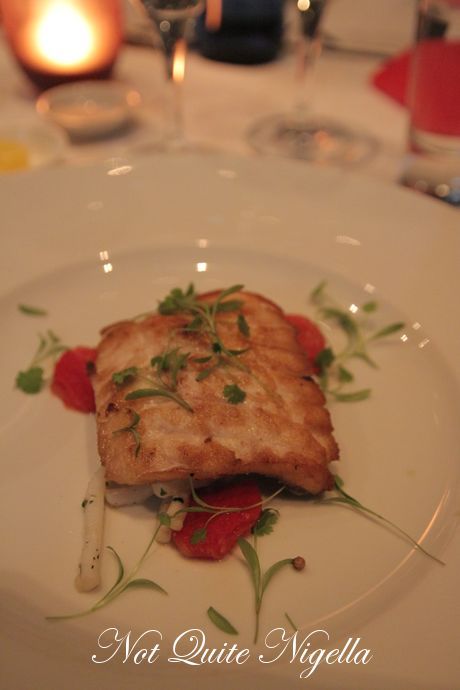 This smelled divine as it was set down on the table. There is a fillet of Coffs Harbour snapper with a crispy skin that lay on a bed of tender slices of Hawkesbury squid and baby zucchini ribbons with the aroma of thyme. "I did some research on which farmers and growers were producing fish that fell under sustainable and 'slow food'. From here I tried to pick the best there was available on the day and this time of year" Steven tells us. 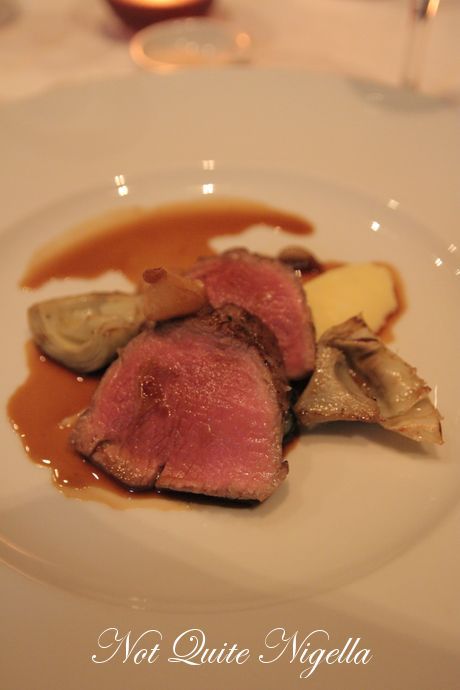 Our last savoury course was butter poached Riverina Veal. Yes. Butter. Poached. Now those are happy words. The veal is incredibly tender and is accompanied by a Mayflower potato mash, two globe artichoke halves and green garlic which is harvested before the plant is mature. My only complaint? I wanted a whole bowl of this mash. Sadly, Steven tells us that it is the very tail end of the Mayflower potato and that we received one of the last boxes of this delicious potato. 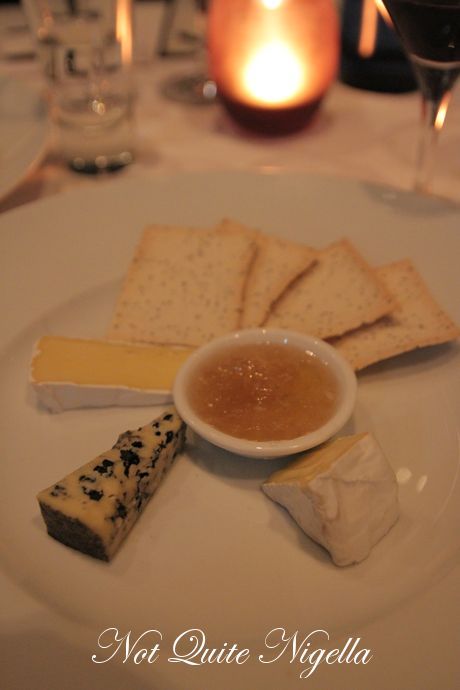 Steven explains that the cheeses are all from the Small Cow Farm in Robertson using milk from adorable small Irish Dexter cows. And yes they are small and are typically waist height! There are three types of cheese on the plate, a petitevache camembert style (the longer slice), a petitvache brie style and "wicked brie". It is accompanied by a truffle honey and divine Lavosh crackers and I particularly like the brie and camembert. 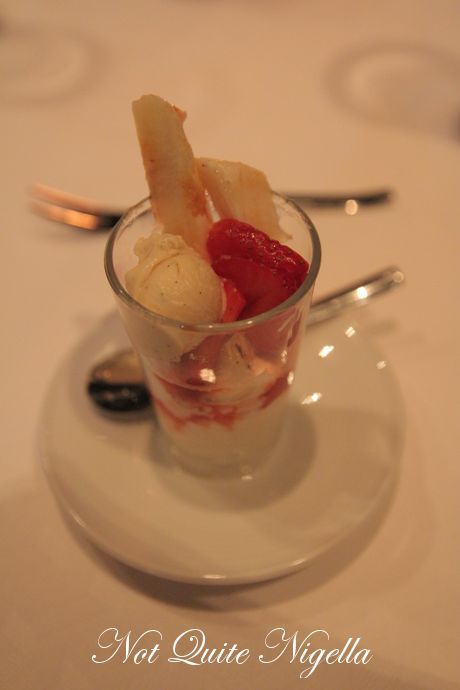 The banana split is not your typical banana split. It has grilled banana batons, a fat dollop of fluffy cream at the base and finely sliced strawberries and a petite scoop of very vanillaey bean ice cream. The vanilla used is an Australian vanilla from Plantations of Australia. "Plantation beans can only grow at certain distances from the equator and therefore we can't get them from NSW. The vanilla we bought in was mailed from Queensland" he adds. 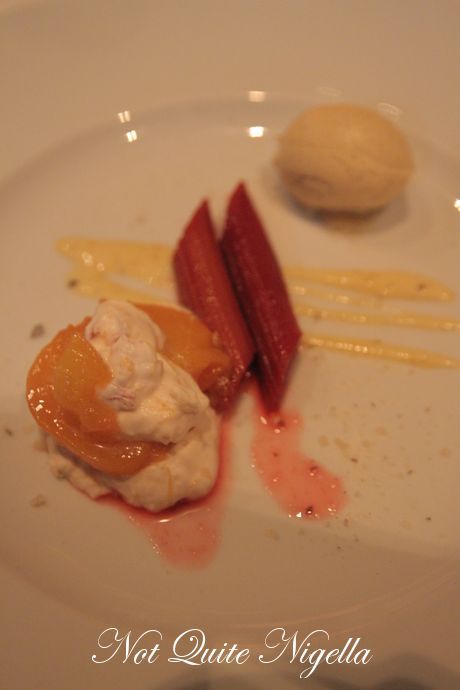 Finding all of these ingredients wasn't easy. In fact, he called on fellow chefs and families to supply much of the produce. One of the examples was Fay who is one of the commis chef's mother and supplied the lavender from where she grows it on the South Coast. The peaches are from Camden Valley and are poached until tender but not mushy. They are paired with rhubarb sticks, a bed of whipped cream with crumble which gives it a light crunch and creaminess and a scoop of lavender ice cream. 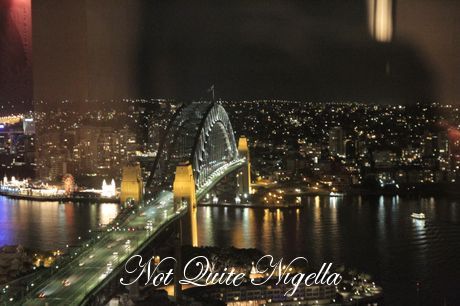 Admittedly this dinner isn't cheap (all Hats Off dinners are $160 per person), and this would be best enjoyed by a wine lover who could enjoy the matching wines with the food. And the view. Oh yes did you see the view?

So tell me Dear Reader, do you prefer to eat local produce? 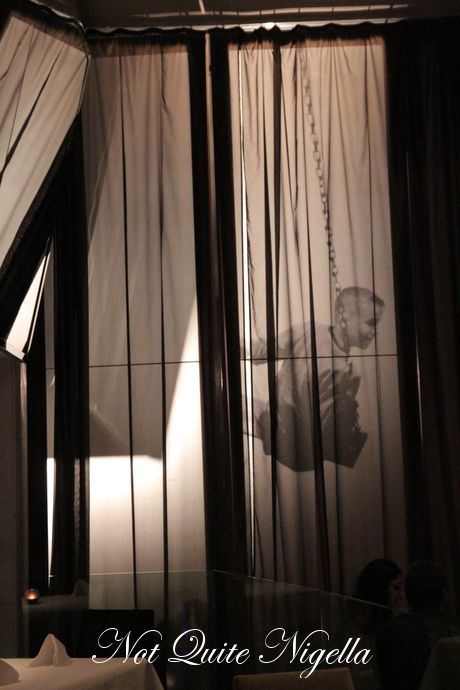