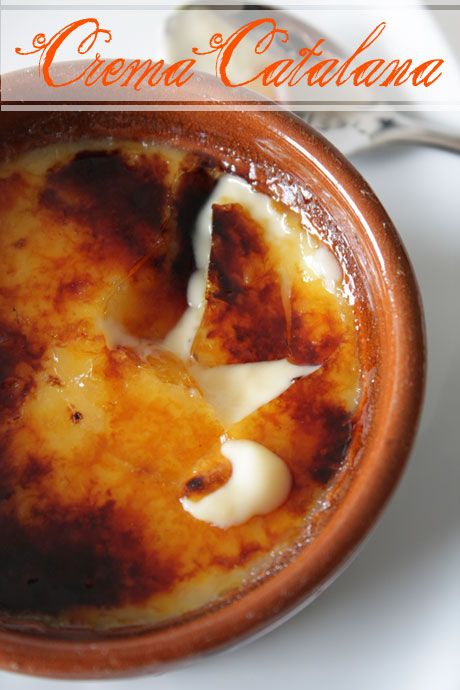 I don't think there is a person alive that doesn't like Crème Brûlée. Although now that I've said this, this is no doubt an invitation for someone to pipe up that they don't. But let me argue this one variation for those a little jaded with Crème Brûlée. Crema Catalan is for those of you, who are a little tired of a vanilla, those who have had one too many with a non existent toffee crack. This Spanish version of Crème Brûlée is beautifully fragranced with orange zest, lemon zest and cinnamon. 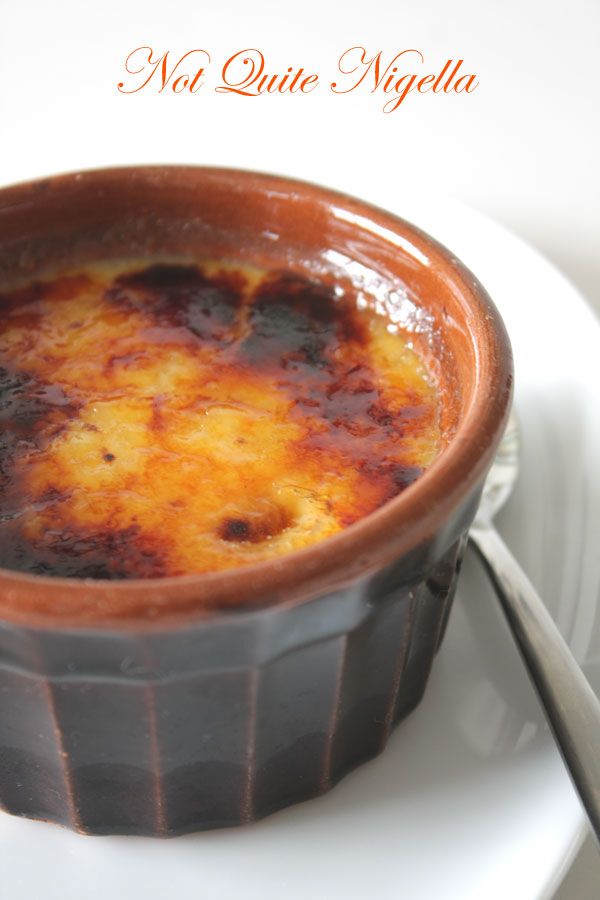 I bought these gorgeous Italian Terracotta ramekins months ago with Crema Catalana in mind and promptly shoved them in the back of a kitchen cupboard only to rediscover them one afternoon cleaning up. I love this version of shopping, I call it shopping for things you've forgotten you've bought. Rediscovering purchases is a favourite pastime of mine as the thrill of buying repeats itself and of course you end up loving everything as you chose it in the first place. 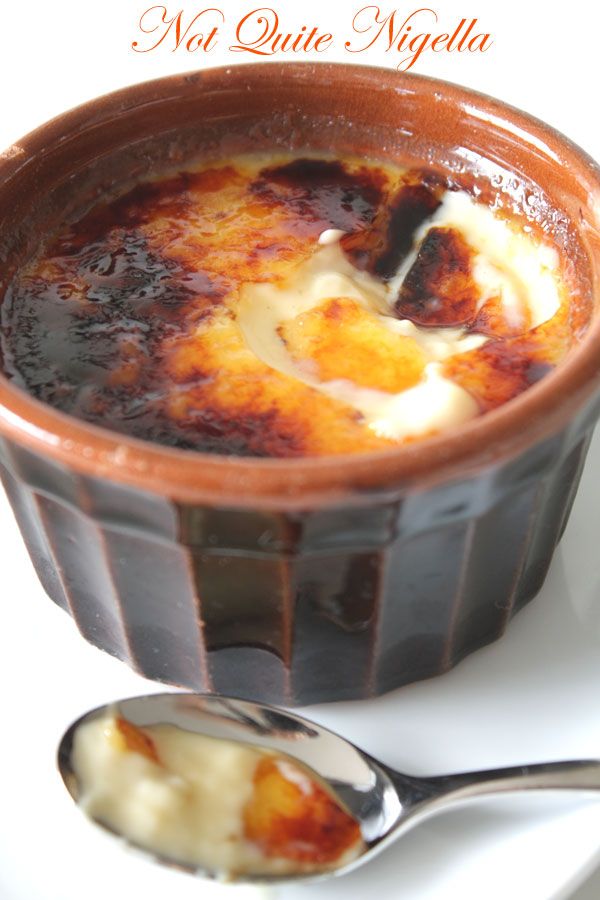 I know that buying a blowtorch might seem a waste of money, and given that I use it only a few times a year, perhaps it is, but for some reason I've never been able to caramelise a Crème Brûlée under a grill properly. I think that perhaps I get too impatient and stick it under the grill before it becomes requisitely scorching hot. The grill element is also quite high in comparison to the tray so the Crème Brûlée ends up overcooked and the sugar just only slightly caramelised. Although many recipes say that you can do this under a grill so by all means try it there before shelling out for the heavy duty equipment. I admit I am a little frightened of using my blowtorch as I am just too clumsy for it. I also feel like I need a Welder's mask and of course my train of thought immediately goes to Flashdance and before I know it I'm singing the Flashdance theme and pretending to be a welder cum dancer. And thus you can see why I shouldn't be wielding a blowtorch. And why I close the curtains when I do so.

Step 1 - Place cream milk, cinnamon stick and the two zests is a saucepan and bring to the boil. Remove from heat and if stand for 1 hour. When I don't have an hour to wait I use ground cinnamon which imparts the flavour quickly. 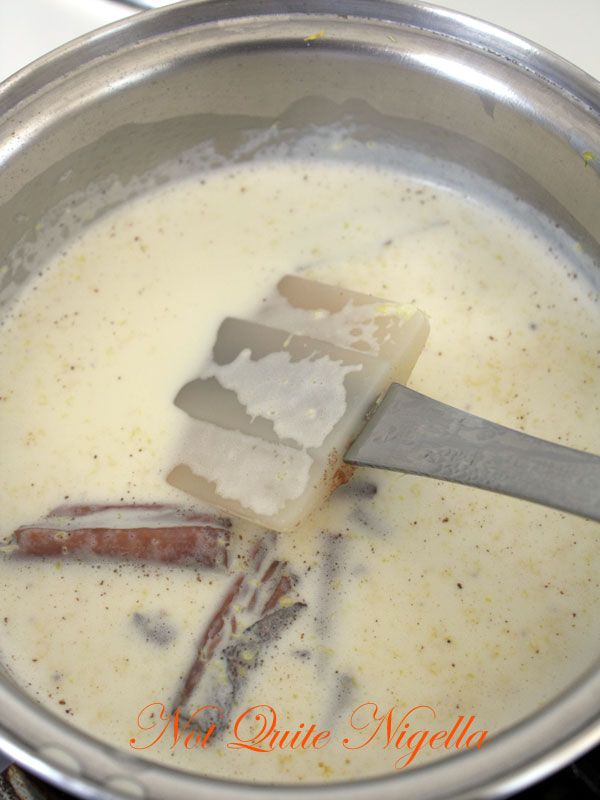 Step 2 - With an electric mixer, beat the egg yolks and the 80grams/3ozs of caster sugar until pale , thick and fluffy. Add the cornflour and beat until combined and all lumps have disappeared.

Step 4 - Add 2 tablespoons of the warm cream mixture to the eggs and stir to incorporate, then add the rest of the cream mixture. Return this to the saucepan on a low heat, the lower the better but it will require patience. Heat on low stirring constantly until the mixture it thick and coats the back of a wooden spoon i.e. a custardy texture (about 5 minutes).

Step 5 - Pour into 4 x150-175ml ramekins and when cooled place in fridge overnight or for at least 4-6 hours until chilled. 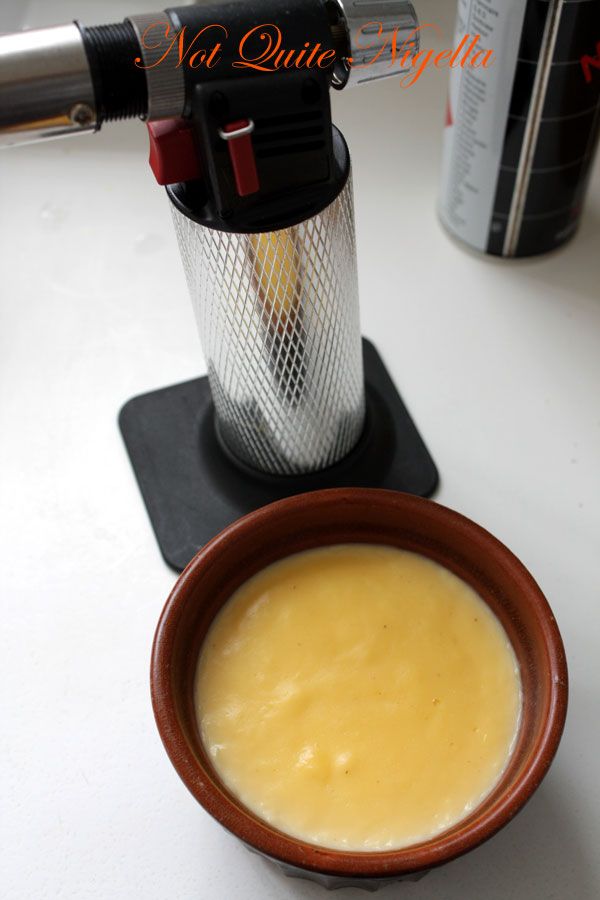 Step 6 - Just before serving, make a toffee crust by sprinkling a tablespoon full of the extra caster sugar onto the top evenly ensuring that the whole surface is coated with sugar and using a blowtorch, caramelise it. The toffee won't stay hard forever so don't do this too ahead of time as a lack of toffee crunch in a Brûlée, I believe, is why ancient wars were started. 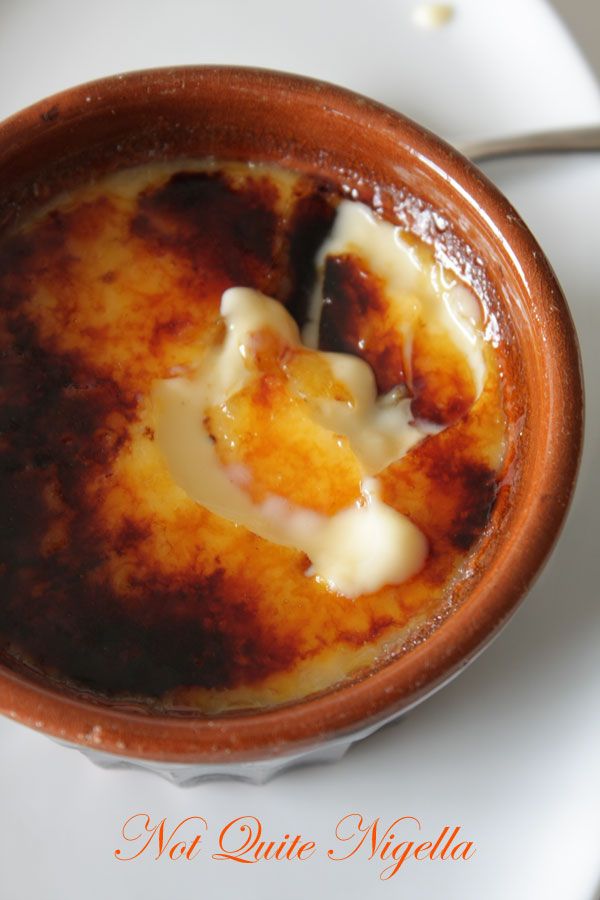