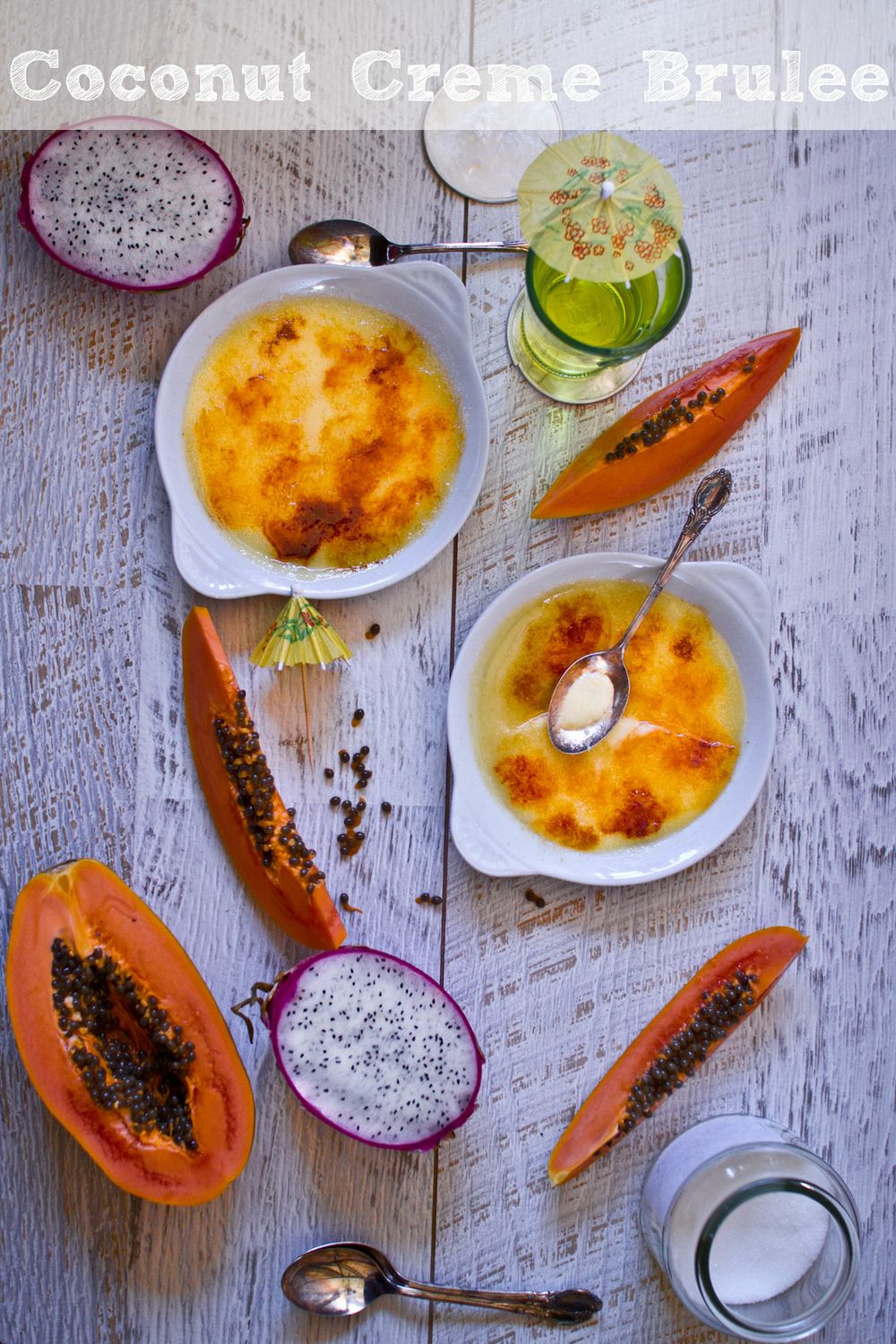 An email arrived in my inbox one day. It asked me if I had ever thought of doing television work and if I would like to come in for an audition. They were looking for "fresh" talent (read: unknown nobody) and the role would be relating to food. Curious, I answered in the affirmative and they said that they would call the next day with some details and just "to discuss things." I gave them my phone number and figured they would probably start with a phone interview.

As I was going out that night, I started to get ready. I was brushing my teeth when the phone rang. I thought to myself "Wouldn't it be funny if that was them and I answered the phone sounding incoherent with a mouthful of toothpaste and they just thought I had really, really poor enunciation."

"Harraaccch" I said with a foamy mouthful of toothpaste.

"Errrr hello, is this....Lorraine?" the voice on the other end said. I could almost picture her expression of dismay. 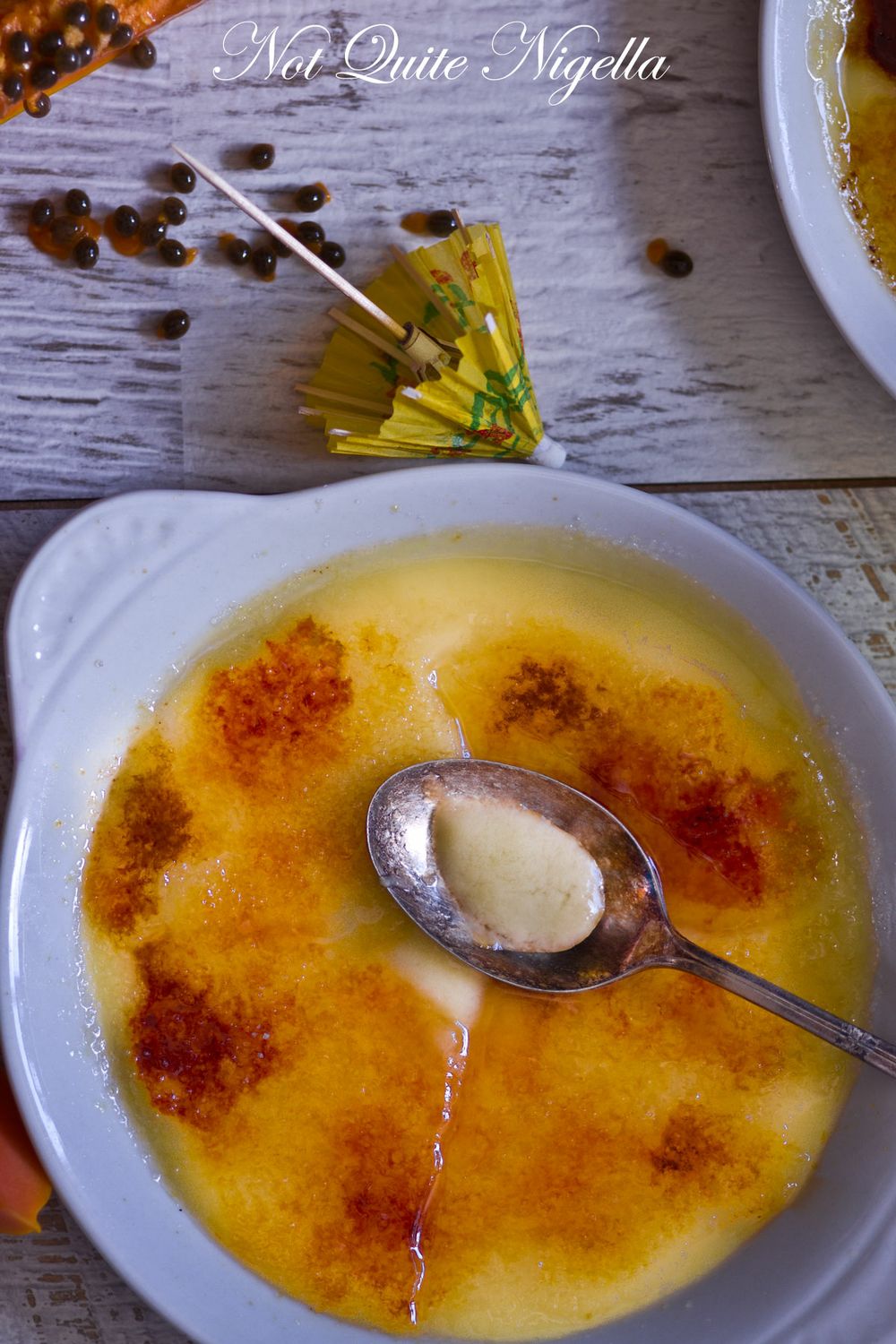 "Yessssh" I answered rushing towards the bathroom to spit out the toothpaste.

"It's Ramona from the production company..." she said.

"Oh crap" I said to myself enunciating in my head perfectly.

Trying to sound as normal as I could, I got back on the phone. I could hear the relief in her voice. Having ascertained that I could actually enunciate words properly we set up a meeting to do a screen test. I did a recipe demo and there were positive words, someone even said "a natural for tv" (although that could have been politeness). So I waited. And waited and waited. I was down to the final four food people.

Sadly, I didn't end up getting the part - it turns out that they didn't want to go with fresh talent after all and hired a well known chef with television experience. However all was not lost and there is other news! I did film something else that is rather exciting that I'm hoping to share with you very soon!  I just finished the voice over for it last week and I can't wait to share it with you :) 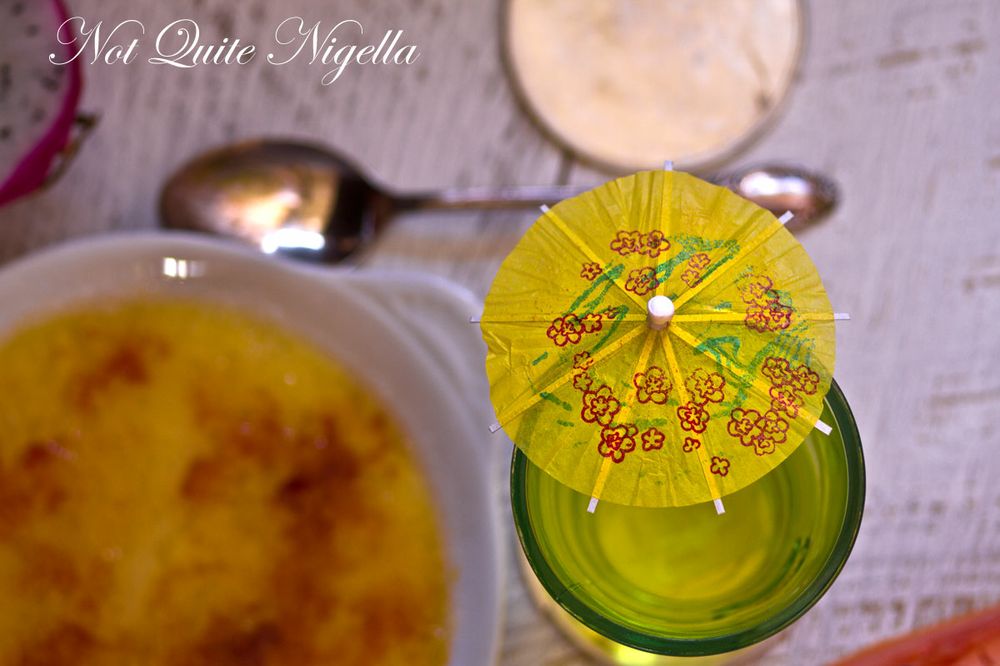 What does that have to do with creme brulee?  Well, the next time I was "caught out" was when I was eating this coconut crème brûlée. I was tasting it (for research purposes) and the phone rang. I considered not picking up the phone - after all I was practically making out with the luscious brûlée. It had a silky coconut cream with a crunchy sugar top. Sometimes, you just don't want to be interrupted and you should just let the phone ring.

This is a simple dessert with only a few ingredients. Using just coconut cream allows this dessert to be dairy free without losing any of that creamy lusciousness that you always associate with crème brûlée and yet the coconut flavour is light and subtle. By all means you can add coconut extract or sprinkle some toasted coconut on top if you want a loud, proud coconut dessert. I served this as the last rays of summer streamed through the window and used some summer fruit that will no doubt soon disappear. Plus, and I am morbidly curious so I had to do the maths, coconut cream  is about half the fat and calories of regular cream so there's no excuse to not dig up the blowtorch and do some Flashdance blowtorch moves!

Instructions to set as wallpaper 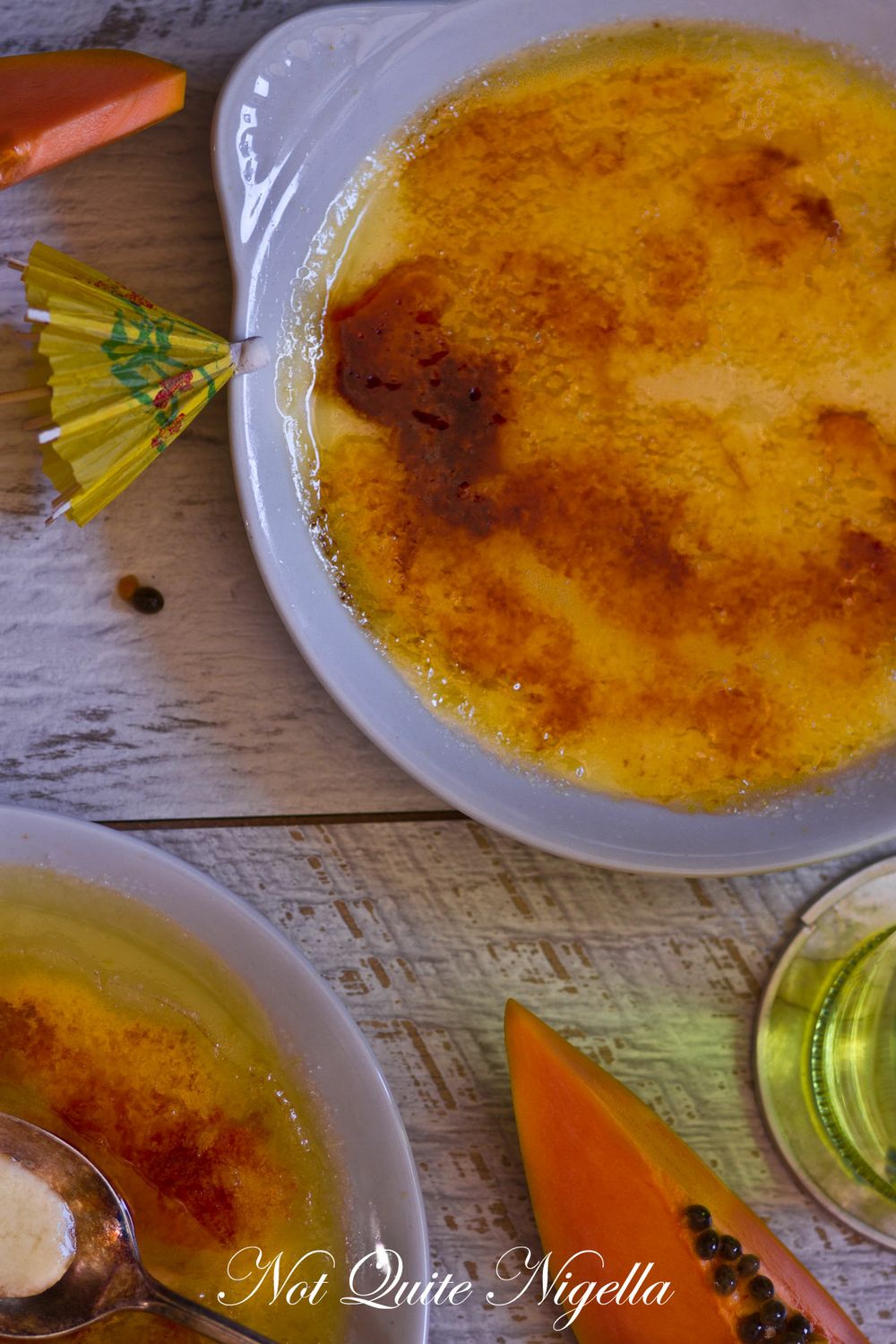 You will also need some ramekins and a large baking tray with sides that will act as a water bath and a blowtorch (I've never been able to do the brulee top with a grill but by all means if you have please use it :) ) 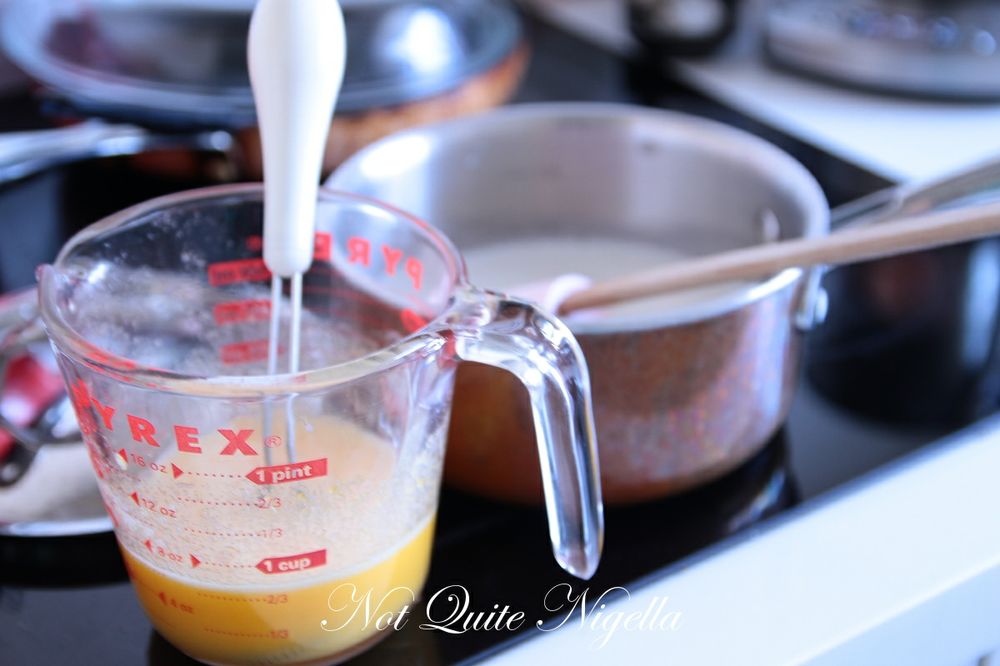 Step 1 - Preheat oven to 120C and put a kettle-ful of water on to boil. Heat the coconut milk until almost boiling. Meanwhile whisk together the egg yolks and 1/2 cup of caster sugar until foamy and light. Once the coconut milk is ready, pour a little of it (1/2 a cup or so) into the egg yolk mixture to temper it. Keep adding the egg yolks in batches until you get a smooth, creamy consistency and all of the yolks are added. 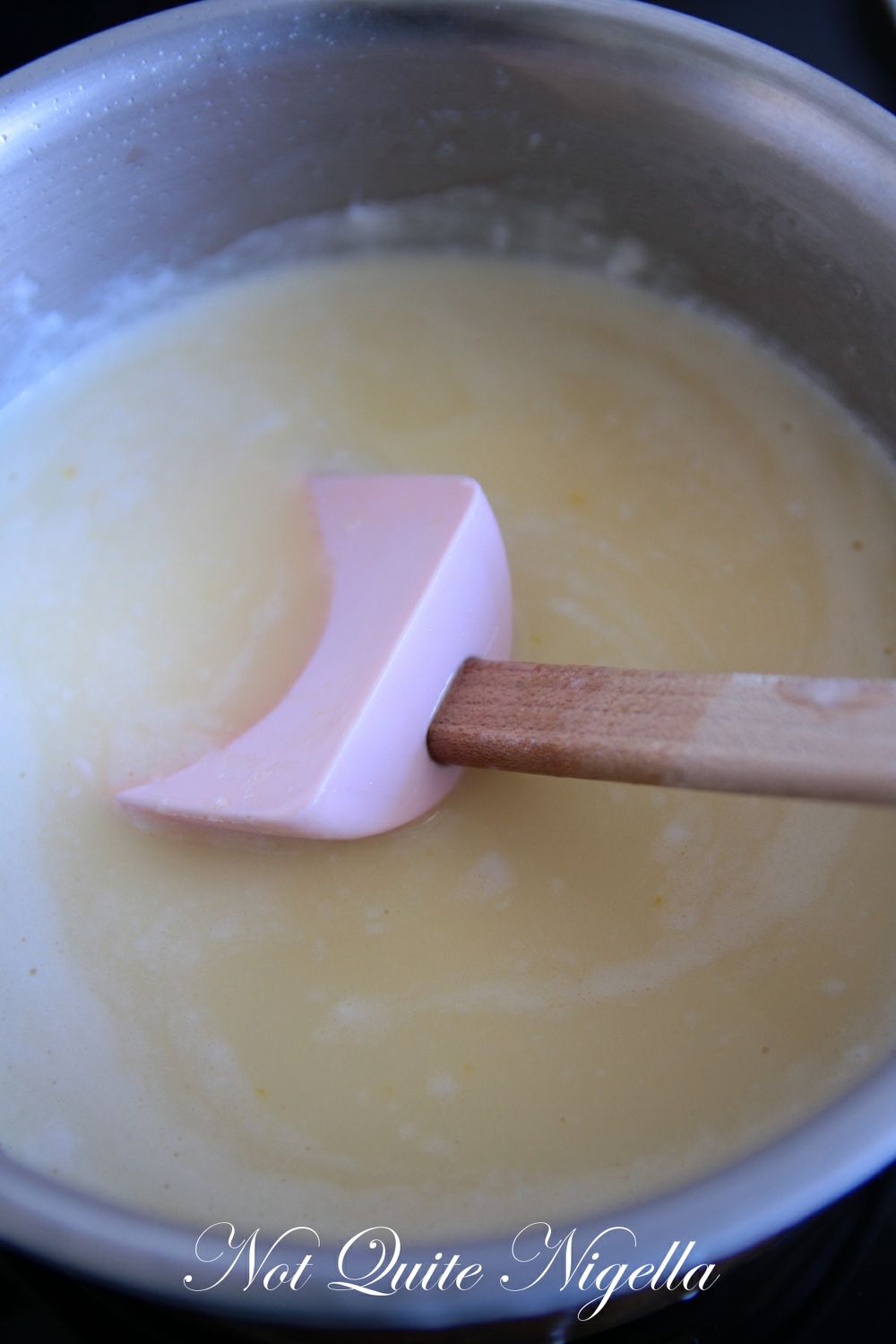 Step 2 - Pour these into the ramekins-I had large, shallow ones but you can use smaller ones (the smaller ones will require less time in the oven). Place the ramekins on the baking tray and pour the boiled water around them so that they reach as far up as the custard reaches. Bake slowly on this temperature for 30-40 minutes until the edge starts to set-it won't set hard, it will just start to. Then cool down for 30 minutes and then refrigerate for a few hours or overnight. 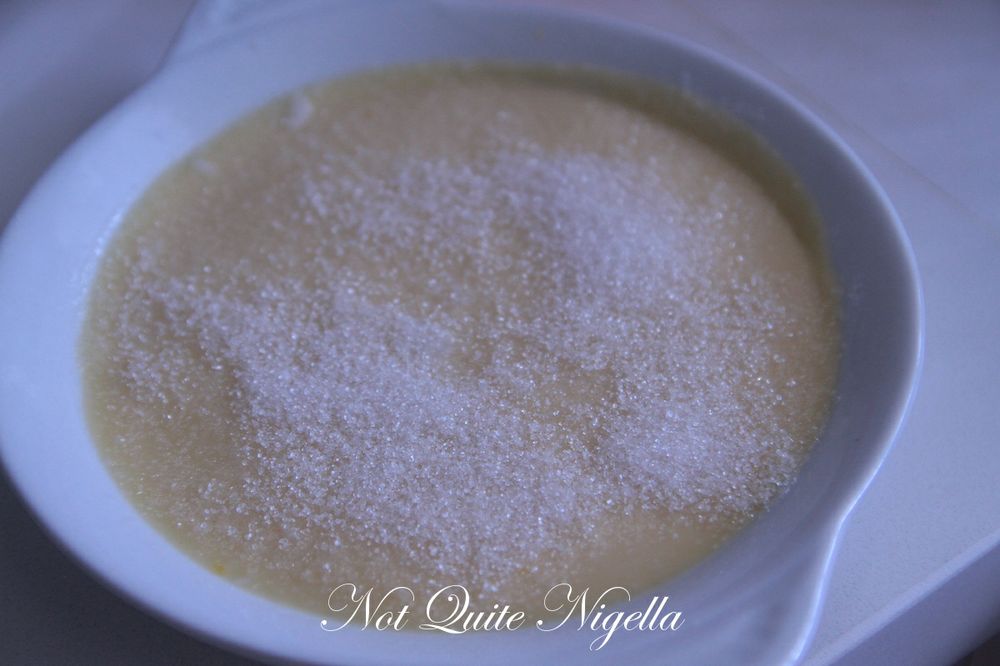 Step 3 - Once chilled, it should be more set. Sprinkle the sugar on top-I find the sugar absorbs so if you're doing a large shallow dish like I am, sprinkle sugar over a quarter and then blowtorch it and then do the rest. Otherwise it might soak in and you won't get that lovely crunchy crust that everyone enjoys smashing to smithereens - call it sanctioned dessert rage! 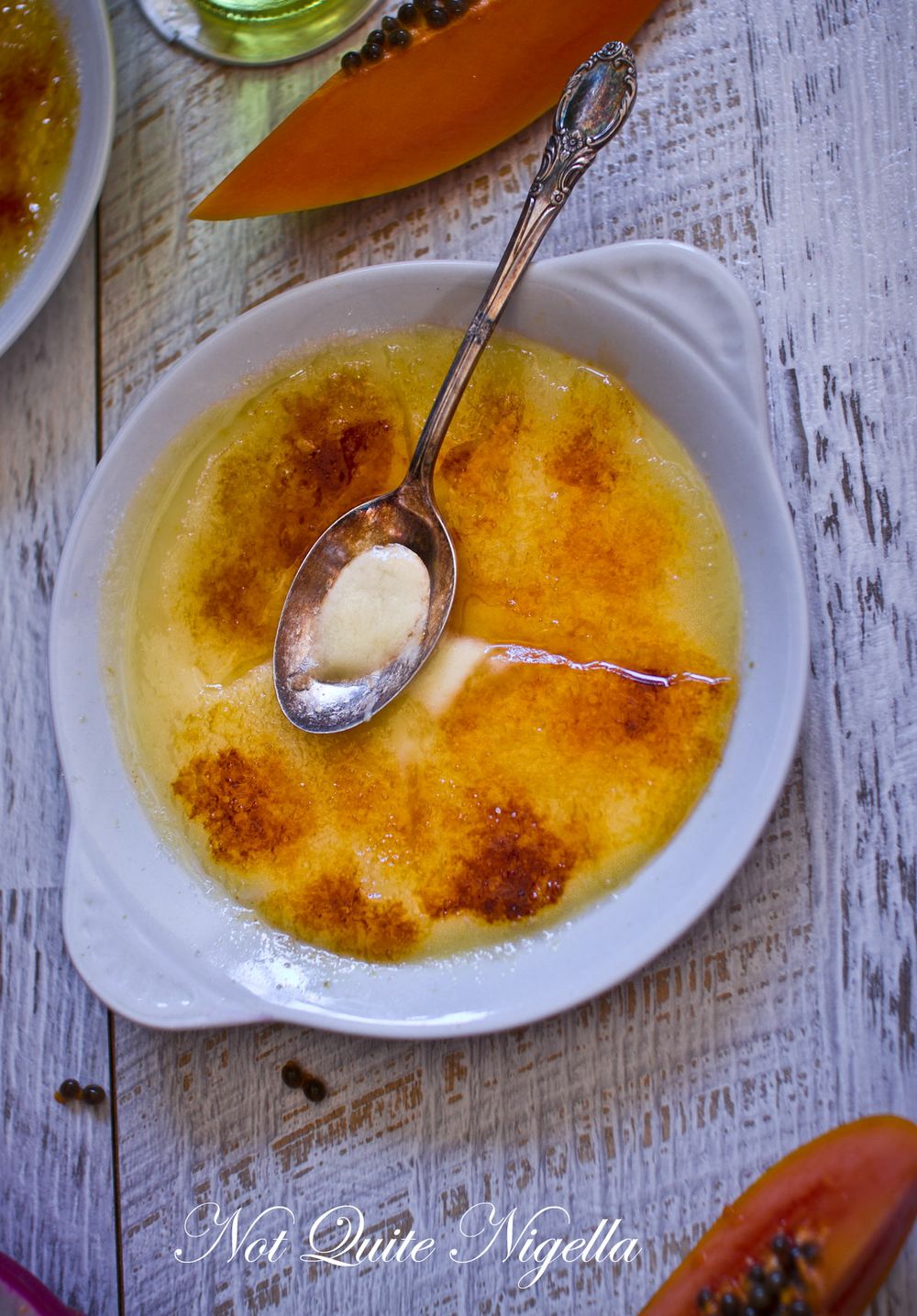