Pay It Forward and a Lime Jello Cheesecake Pudding 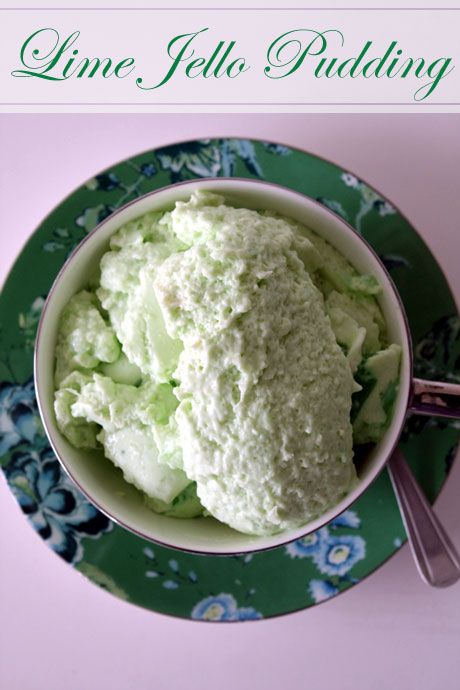 One reason why I love food bloggers is not only do they understand me, they're a truly inspiring and mindblowing bunch. Take my blogging buddy Barbara from Barbara Bakes, an amazing mum that came to Australia recently with her family. Not only did she give me 2 awards which I cherish, she included me in her Pay It Forward after I asked her about the cinnamon chips that she used in the fantastic Cinnamon Apple Candy Cane Kolache with Cinnamon Drizzle as I was dying to make it. Check out her blog for more delicious meals and lovely commentary. 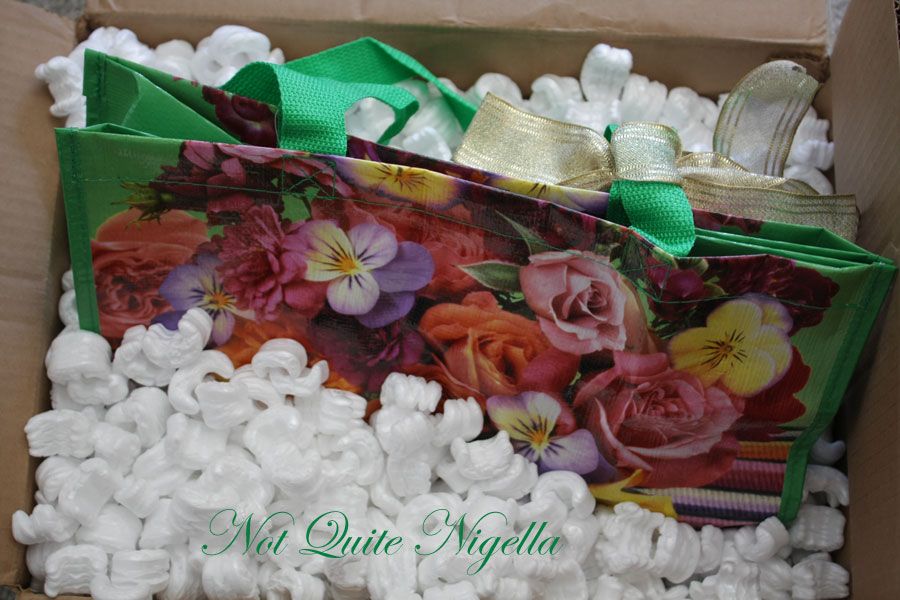 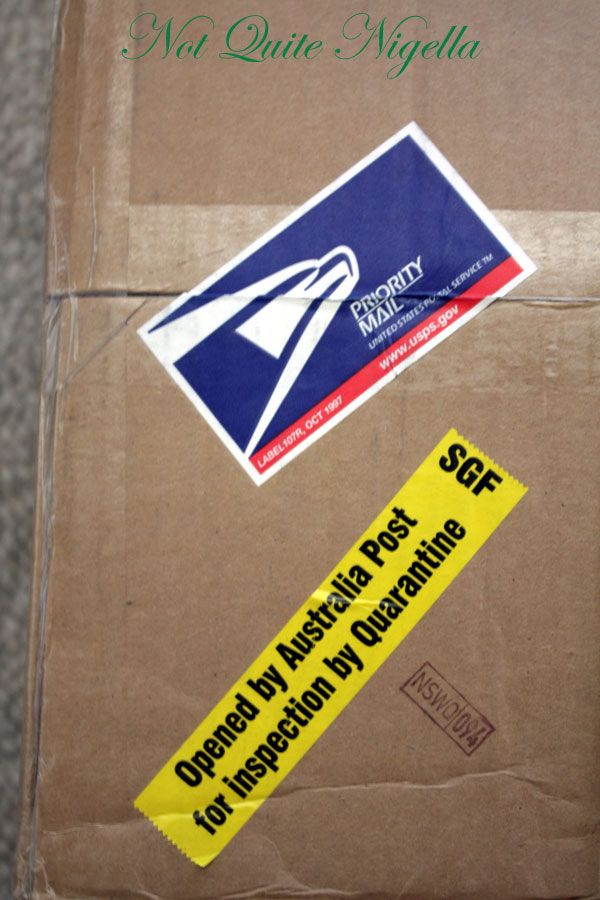 Of course our Quarantine inspectors got into this-luckily they didn't remove anything! ;)

Fast forward a short time and the package guy (who just laughs at the amount of packages I get) handed me a huge box. I had no idea who would be sending me such a huge package but a quick glance showed me that it was Barbara. To say that I was excited was an understatement. The box was HUGE and beautifully packaged up. 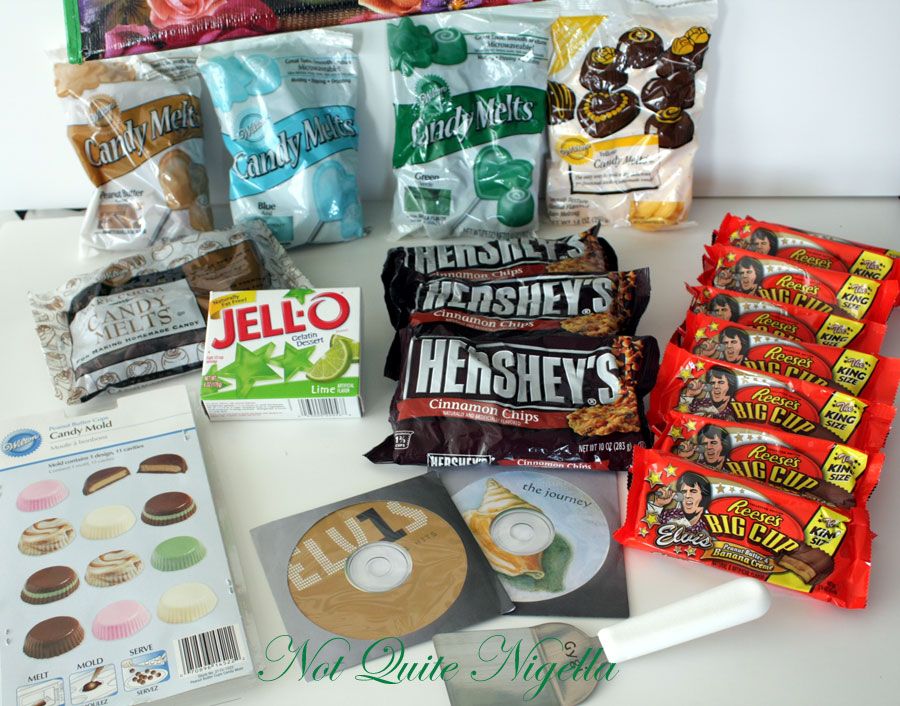 Inside there were the much anticipated Cinnamon chips, 3 bags in fact which means that I can let myself go wild with them, Candy melts in green, blue, yellow and peanut butter (all fabulous colours that I find hard to make with gels as they're so strong in colour), a packet of Lime Jello (Utah is the state that consumers the most Lime Jello and they even had a Green Jello pin for the Salt Lake City 1992 Olympics!) a brownie serve from a fancy pants store Orson Gygi, 8 packets of Reese's Limited Edition "The Big One" Elvis Peanut Butter and Banana Creme cups, a peanut butter mould to make my own peanut butter cup flavours, an Elvis CD and a lovely CD where Barbara takes me on a photo journey of her hometown and assembling my package! It was a good thing that my neighbours weren't home such was the screaming and jumping with excitement! 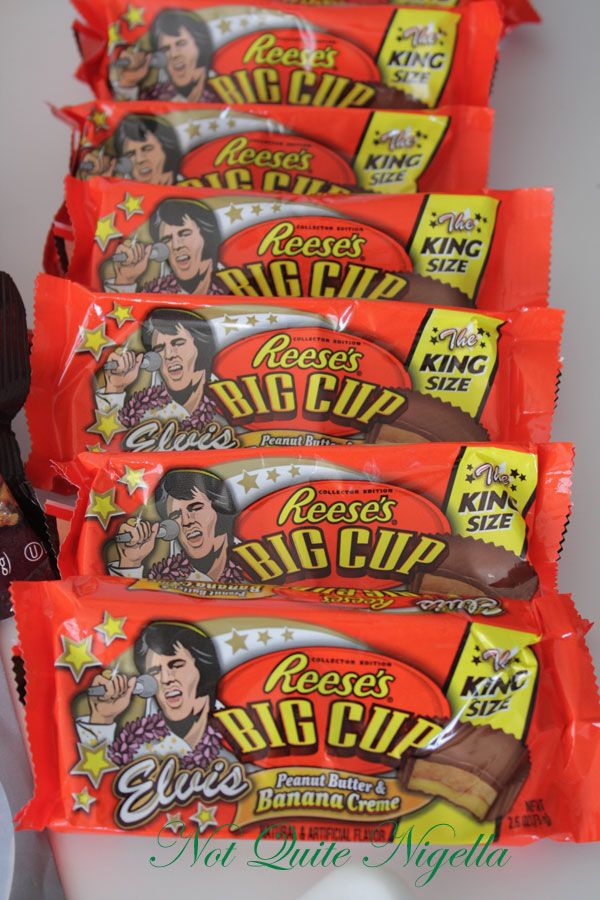 I stashed the PB cups in the fridge for a bit to firm up and after a very long 10 minutes ripped them open to reveal the most delicious Peanut Butter cup flavour. The Banana creme is just right inside them and a perfect foil for the rich peanut butter and chocolate. You see Barbara is a clever cookie and when she asked me what I might like in my package I mentioned hearing about the Elvis cups but not being able to get them here. So she looked on ebay and found some for me. So not only are food bloggers generous and friendly, they're also very clever ;) 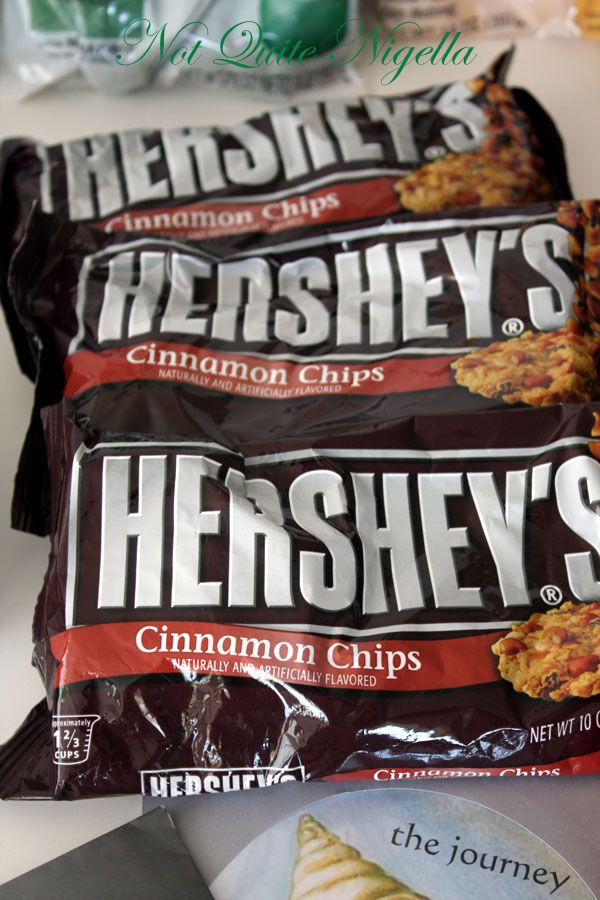 Hershey's Cinnamon chips-I was so excited about these!

Here is some information on Pay It Forward:

"There are so many lovely giveaways in blogland, bloggers eagerly commenting and abuzz with the excitement of winning an unexpected gift, but thats it. Someone wins, and then the generosity comes to a screeching halt and we go on with our lives. Nice, but lacking in momentum. This giveaway is a little different, however, because the receivers are also to become givers, if you will. In fact, thats the most important rule of the game "

The rules: I will select three people who leave a comment on this story for the next week until midnight on the 1st of March, and will send them a gift within the next 365 days. I am willing to post anywhere in the world, so dont let that stop you from commenting. _The catch is that you must have a blog and be willing to do the same thing.
_

If you just want to leave a comment but don't want to be part of Pay It Forward just say that in your comment :)

I leave you with Barbara's recipe for Green Jello and cream cheese salad. It's a deliciously light and fluffy cheesecake mousse pudding that, light as air with an intriguing flavour.[ 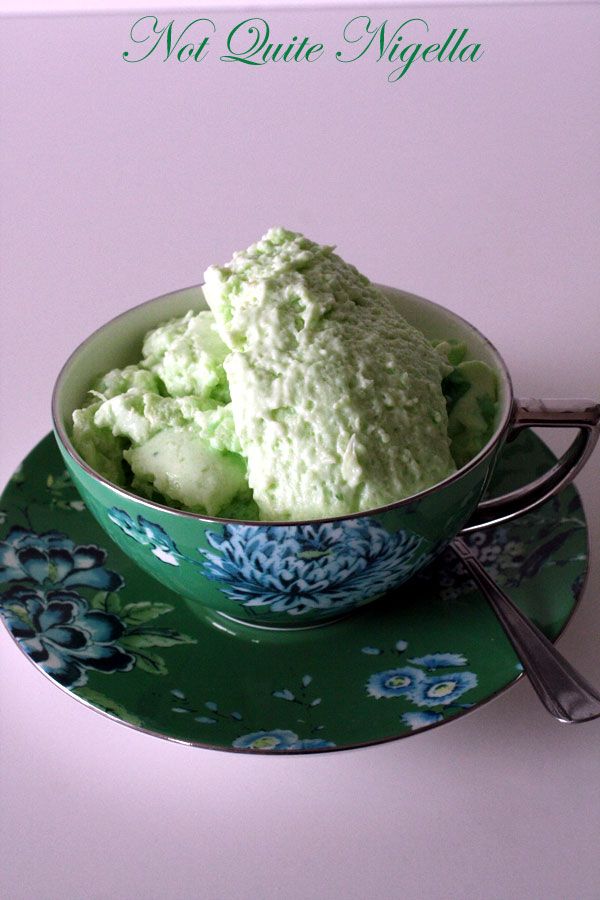 Step 2 - Fold in whipping cream that has been whipped. Chill. 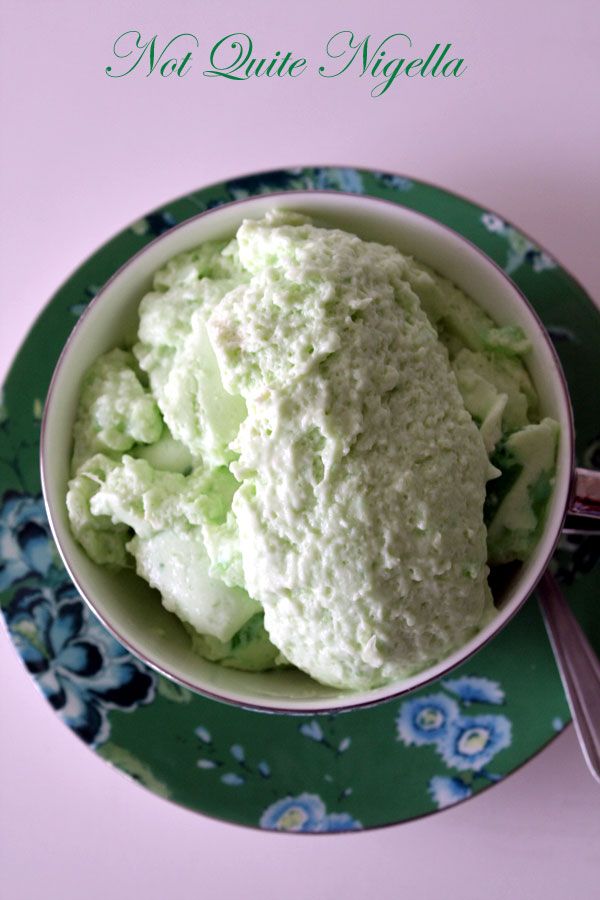