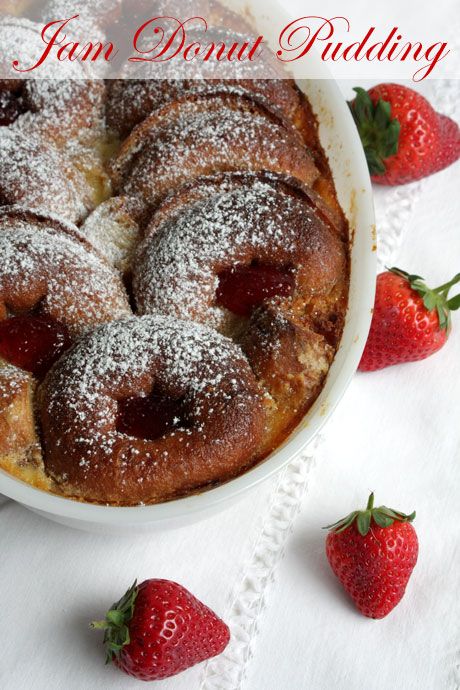 One of the biggest complaints when I was a child was not being listened to. My parents, at their peril, ignored me on several choice occasions (children were meant to be seen and not heard). Let me tell you of one such story where they should have listened to me. We were on holiday and travelling in Taiwan and our tour bus had spent hours circling this mountain and it had finally reached the top. I was full of Toblerone and food and when we sat down at the dining table along with the rest of the tour group my stomach was still swirling around continuing to do the countless loops around the mountain. I grabbed my mother's arm and implored "I feel sick". She ignored me and kept chatting to the woman on her right. Frantically I looked around for a bathroom and it was only seconds later that I threw up all over the dining table in front of the thirteen other diners at the table. As I said, ignore me at your own peril. 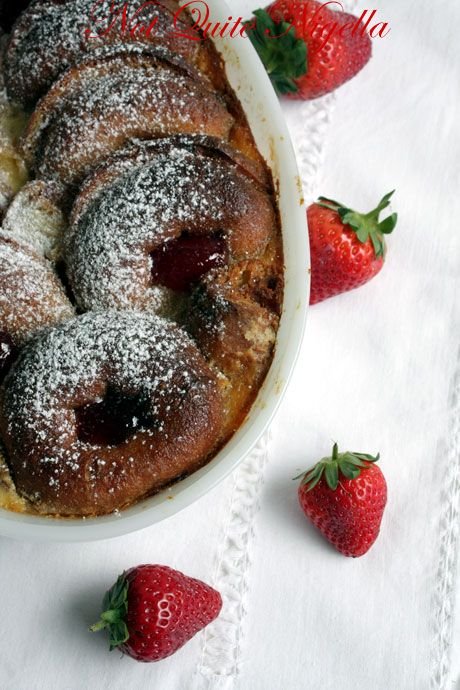 Another less dramatic instance involved donuts. I loved jam donuts but my parents always bought cinnamon donuts. No matter how many times I asked for a jam donut I was always passed a cinnamon donut. I resented cinnamon donuts for the longest time. To me they represnted being ignored. When I got a jam donut I felt like someone had actually listened to me.

Fast forward many years later and I have of course gotten over this cinnamon donut loathing although they never were my favourite taste wise - my favourite of  course is still is a jam donut. And when long time friend Miss America was having a birthday, I knew he'd love a Jam Donut pudding. I did use cinnamon donuts as that was what they had at the store and he has no such cinnamon donut loathing and I spread them with strawberry jam but of course feel free to use jam donuts or Krispy Kreme or whatever ones you like. 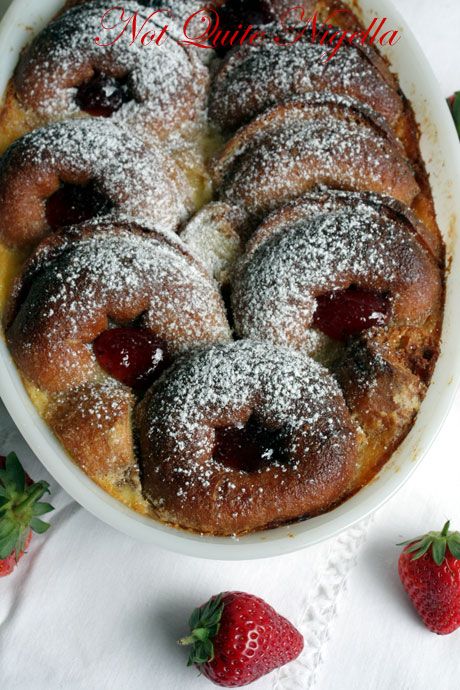 This is one of those puddings that it also fabulously easy to make-freakishly so. All you need is a large jug and a little weak wristed beating action. Like all bread and butter puddings this can be done with staler donuts or breads but I have done this with both fresh and stale so don't fret and feel that you necessarily need to make them stale. The jam dotted custard and cinnamoney and jammy donuts are gorgeously soft and very moreish and comforting as bread and butter puddings tend to be. I like to keep the donuts whole so that it's easier to serve but of course you can cut them up but then you don't get the cute bear face appearing. You can see him can't you? ;)

So tell me Dear Reader, what's your favourite type of donut? 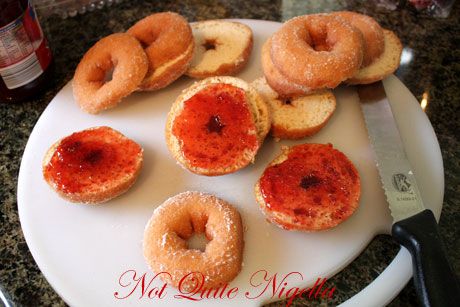 See this much jam spread on one half? Slather more on, believe me, it's better.

Step 1 - Preheapt oven to 175C/350F. Butter a baking dish. Slice donuts in half horizontally and very _generously _slather each half with strawberry jam. Repeat with the other donut halves and sandwich together and place in the baking dish as pictured. If there are gaps between the donuts cut up one donut into smaller pieces and wedge between the larger, whole donuts. 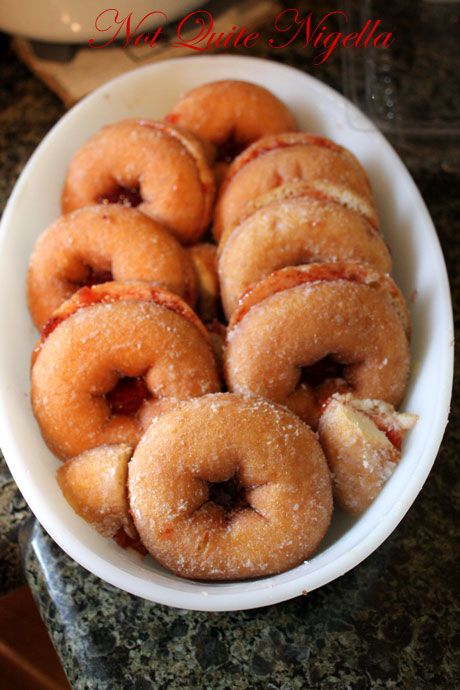 Step 2 - In a large jug, measure the milk and cream and then add the sugar, vanilla and eggs and whisk together until incorporated. Add melted butter and whisk then pour over the donuts. Then drop some drops of jam into the eggy milk mixture. You know you want to. 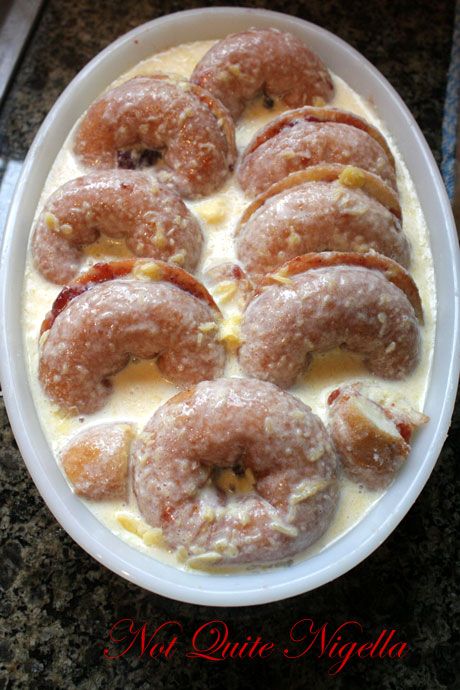 Step 3 - Bake in the oven for 1 hour until risen and donuts are browned (it will puff up when the custard is cooked through). Spoon extra jam into the holes and dust with icing sugar. Serve with ice cream. Yes that's right, ice cream. You've come this far with the donuts so you may as well. Diet Coke optional.