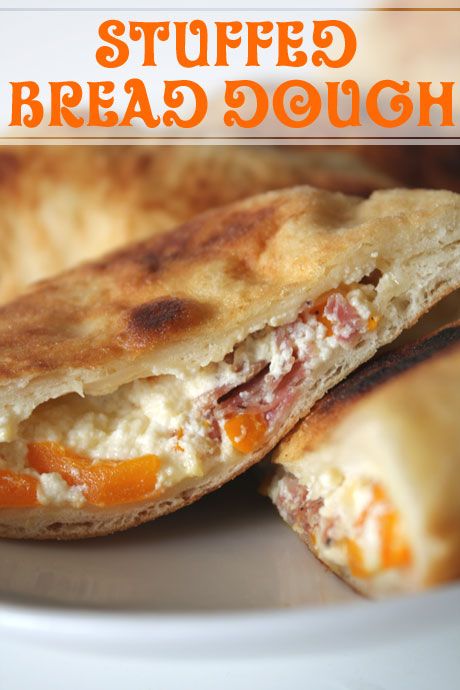 An Australian friend of mine Kathy recently moved to the US with her American husband Brandon. She told me about her in laws and how they'd warmly embraced her into their family and I'd in turn drool at the photos of food at their family gatherings (this is one family that is serious about good food). As with all of my friends, we always end up talking about food and she mentioned a cookbook of family recipes her husband's Great Grandmother (Margaret Raimo) had put together many years ago for Brandon's Grandmother Irene to ensure that she fed her son well. Margaret Raimo was a very Italian woman who migrated from Napoli to  NY. 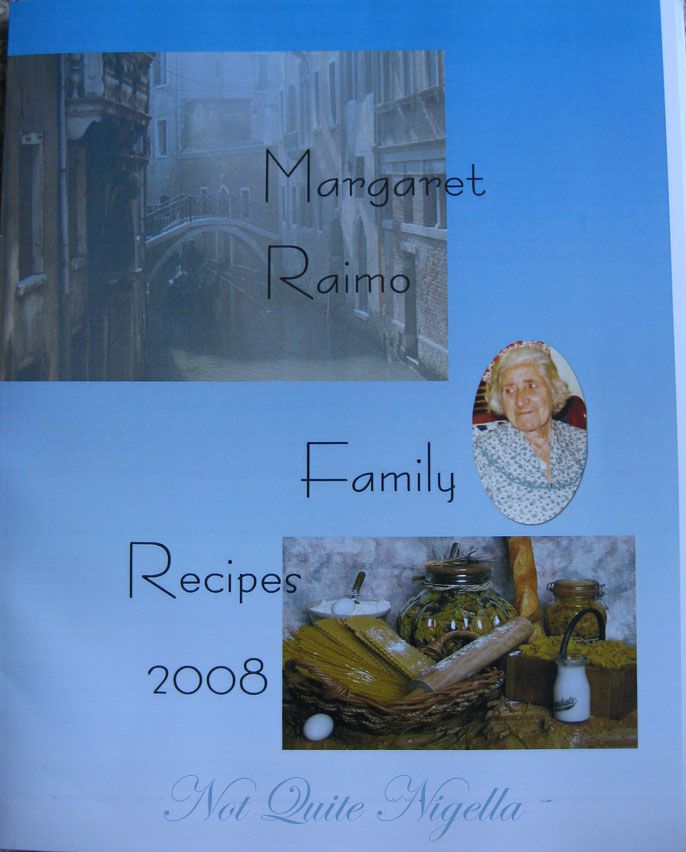 It's a lovely collection of recipes, some frugal as she lived through the Depression, that catalogues the times and tastes of her generation but is also a surprise in some ways. Being Italian, she was already back then using herbs, spices and ingredients that would probably been unusual for her time and there was also a section of Food as medicine where she painstakingly researches and outlines food with its health benefits. 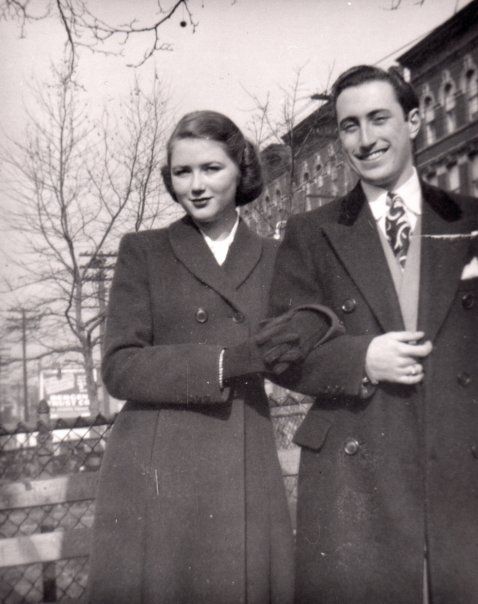 Her daughter in law Irene, who was of Norwegian descent, had the book printed and bound and every new member of the household receives one (which makes me wish that my family had something similar but I know my mum won't let go of her recipes). It's a part of history told through food. Indeed her recipe for Fried Bread Dough stipulates buying "20c worth of bread dough" and there are references to the "Frigidaire" the term back then for a fridge in the same way that to Hoover means to vacuum. The list of recipes is long and even then she was advocating the use of wholewheat. All in all it's a mother's way of ensuring that her adored son was well looked after, even after he left the family nest. 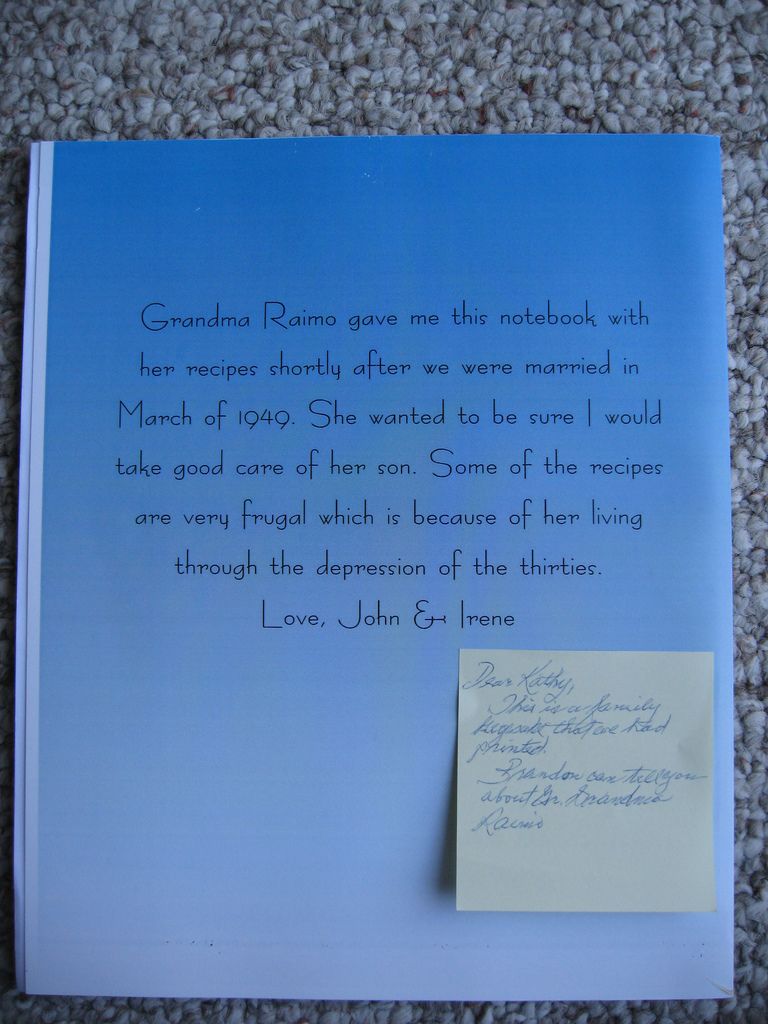 Fish with sauce, potatoes and carrots 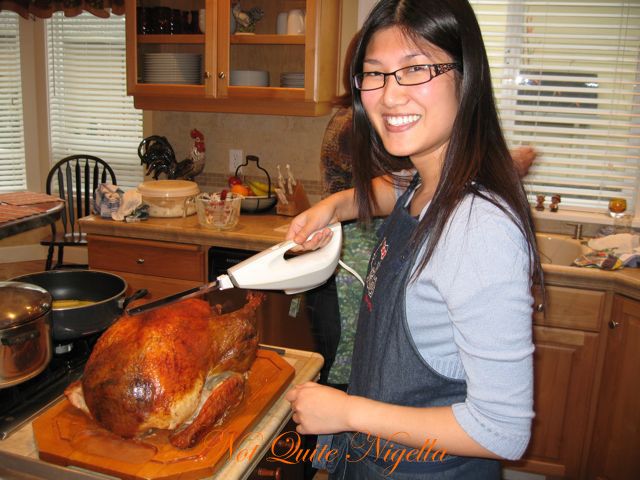 Kathy, now a Raimo, sent me copies of the dishes, and I was so excited to be able to make some. I showed the dishes to my husband and he immediately gravitated towards the Fried Stuffed Bread Dough. I thought about copying out the recipe but a comment from him about her handwriting convinced me that showing it to you, in it's original form was a better way of giving you the recipe (was it laziness too? Never!). 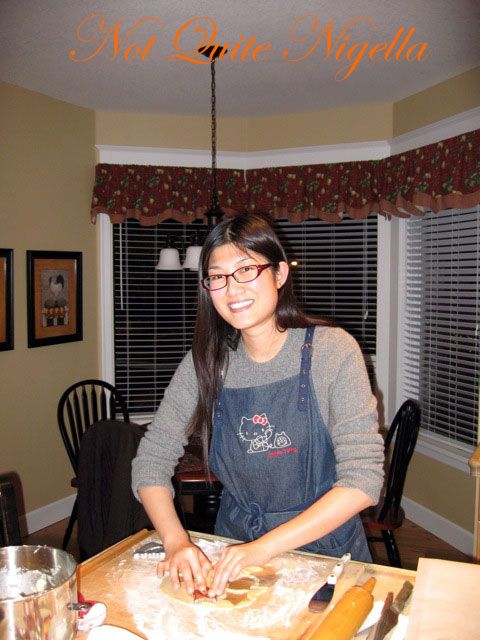 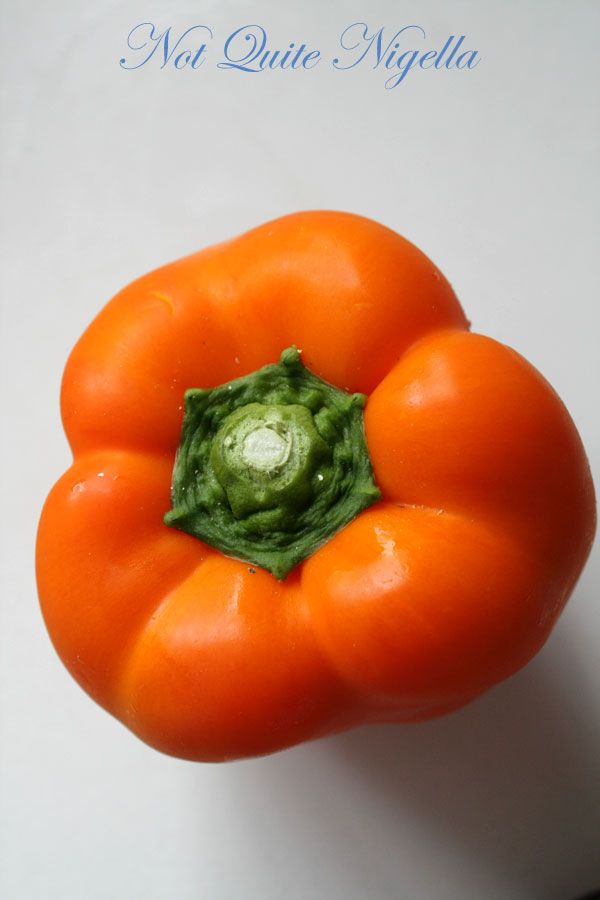 I don't think it's even possible to go wrong with deep frying bread. Actually let me qualify that - you may run afoul of your cardiologist but taste wise it's comforting and moreish. What results from this recipe is a delicious savoury turnover filled with a flavoursome combination of two cheeses, capsicum and salami. Of course it's not light by any stretch of the imagination being that it is deep fried but I was really pleased at how delicious it was and after doing  a quick calorie versus taste equation, I found these were certainly worth it. 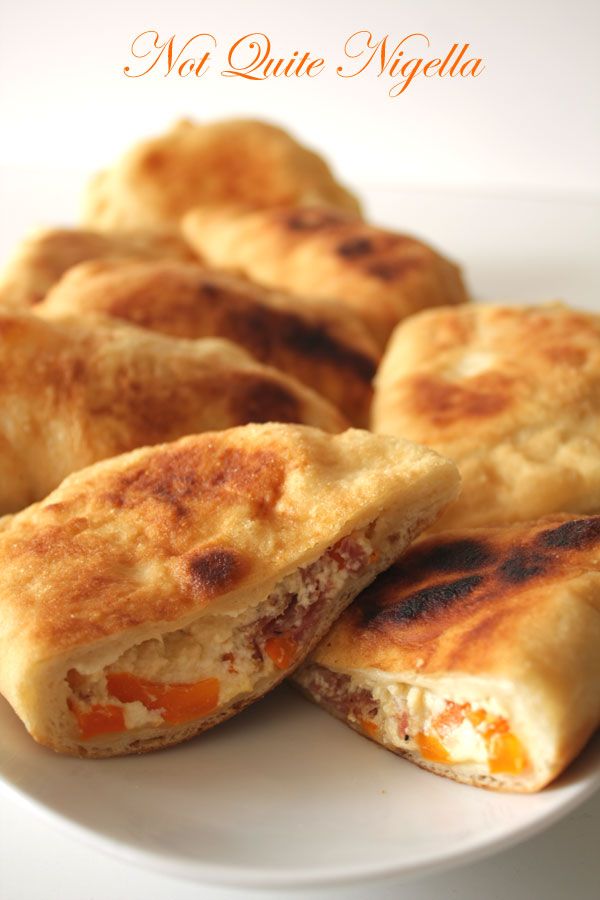 I approximated the amount of bread dough as the original recipe stated buying 20c worth which in today's terms would mean less than enough for a roll so I made enough dough to make 1 white bread loaf. Since I don't know if you can buy bread dough, I've provided the recipe below. I found that there was about 2 cups of filling leftover after I had filled that amount of bread dough which resulted in 10 turnovers measuring about 16cms x 11cms each with about an ice cream scoop's worth of filling in each so I can say that you might need less filling than the recipe suggests or more dough, whichever you prefer. 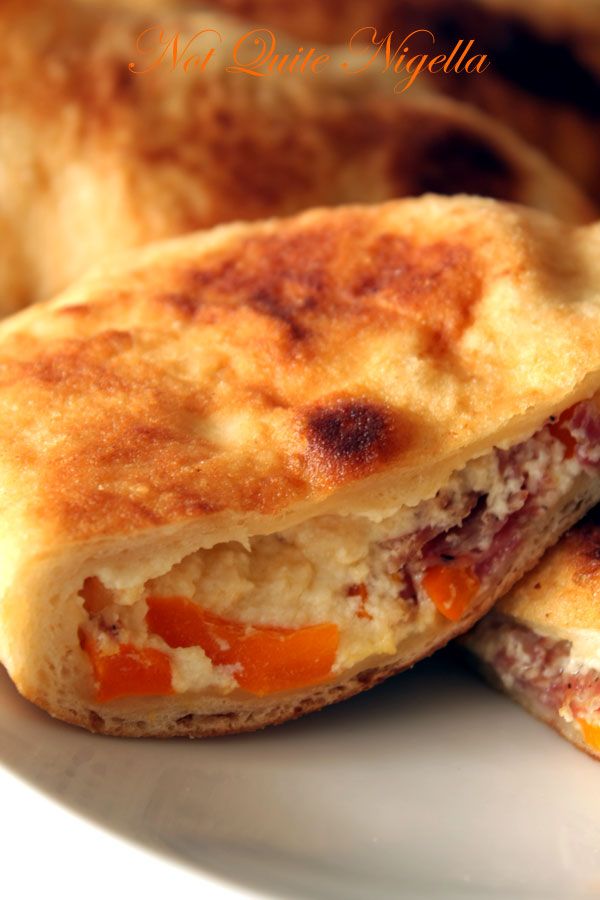 I am a deep frying phobic, I dislike it and am scared of oil splatter (to fry these in the searing Sydney heat I wore long sleeves and a fancy feathered cocktail party mask - it was the only mask I had as I am without a balaclava) but because these have no moisture or water on the outside there was no spitting at all as I had made sure the the ends were pressed together firmly. So rest assured fellow deep frying phobics that this is a relatively safe recipe. It's a bit of a labour of love to make these when you make the bread dough from scratch but it's delicious and paired with a salad and you've got a great dinner. 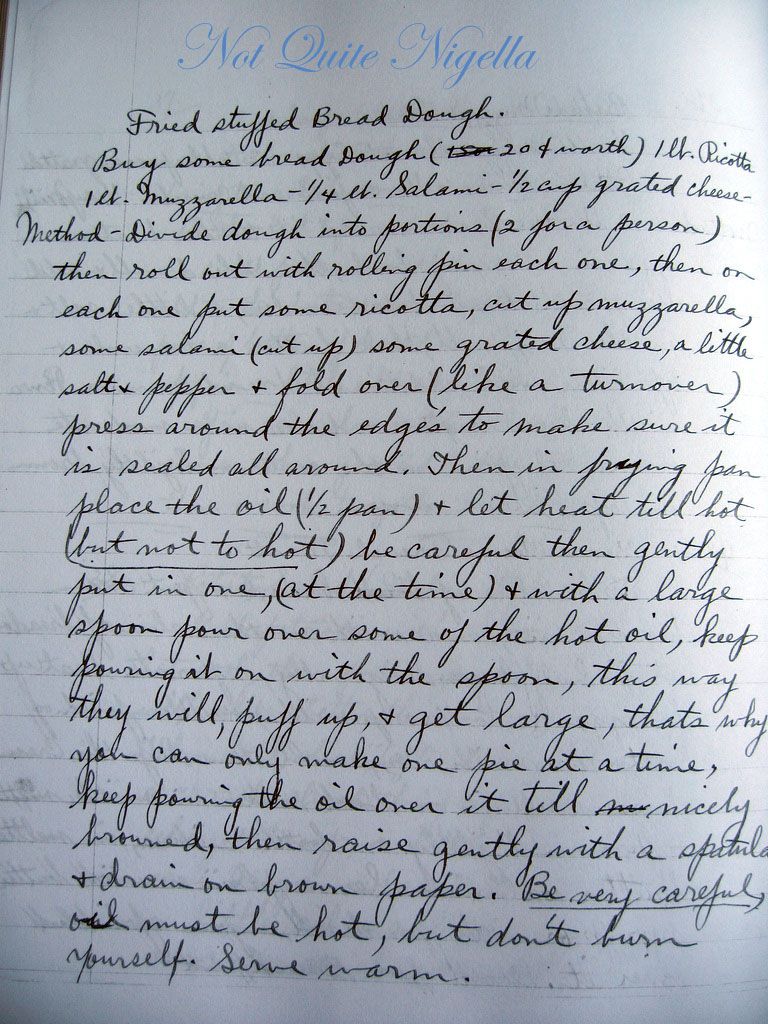 Bread Dough (not 20c worth)

Step 1 - In a mixer fitted with a dough hook, add flour, yeast, salt and sugar and mix on low speed. Add water and mix until it starts to come together, it should still have floury bits that resemble shag pile carpet (seriously). Add in softened butter and mix until it comes together (5 minutes approximately total). Make into a ball and oil bowl and place in a warm place covered with cling film for 1-2 hours.

Step 2 - Punch the dough down and knead for a minute or two. In about 20 minutes it will be ready to use. 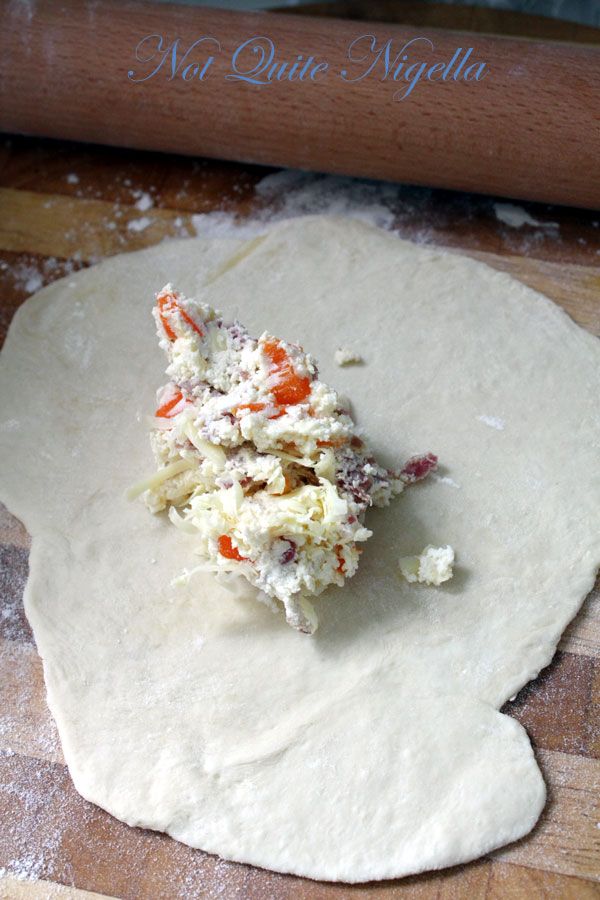 Dough rolled with a heaped tablespoon of filling[ 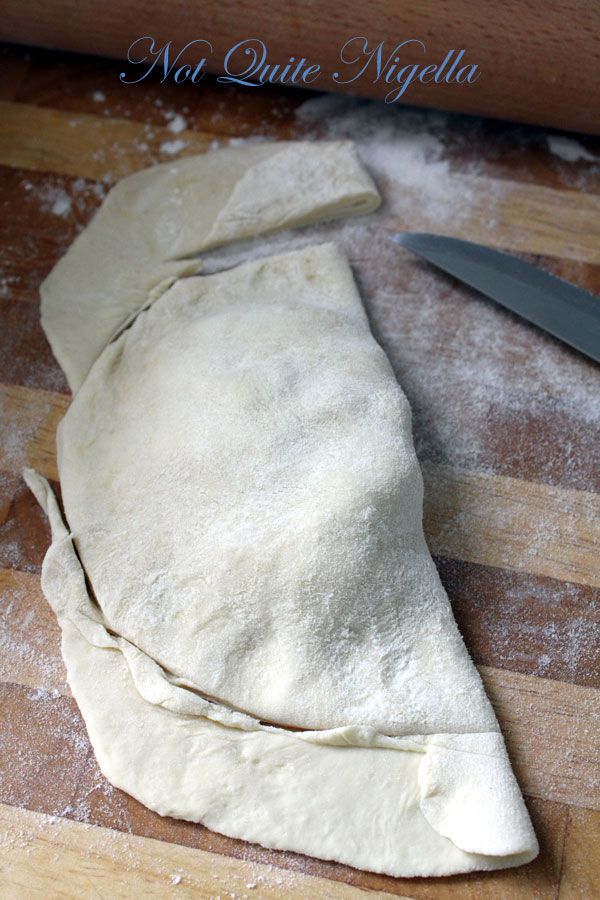 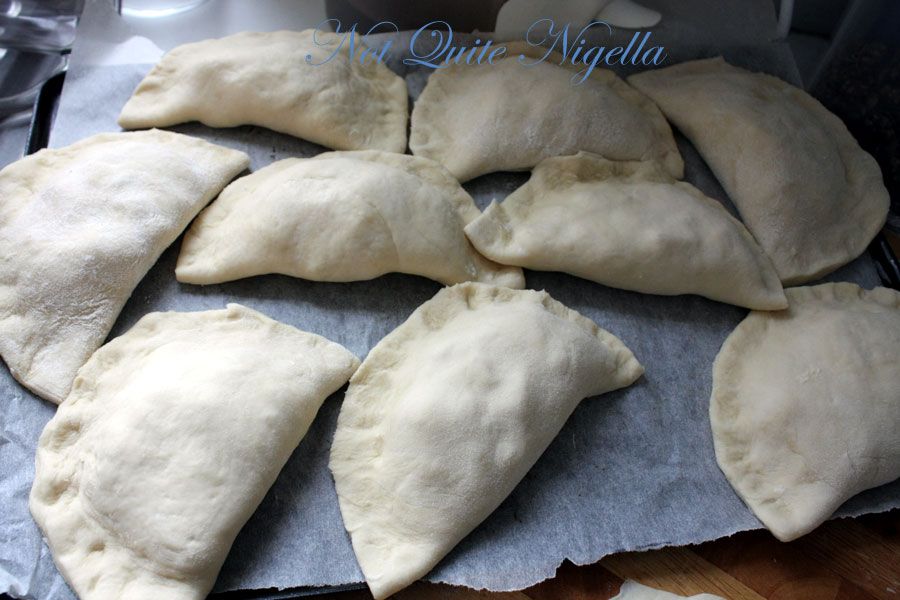 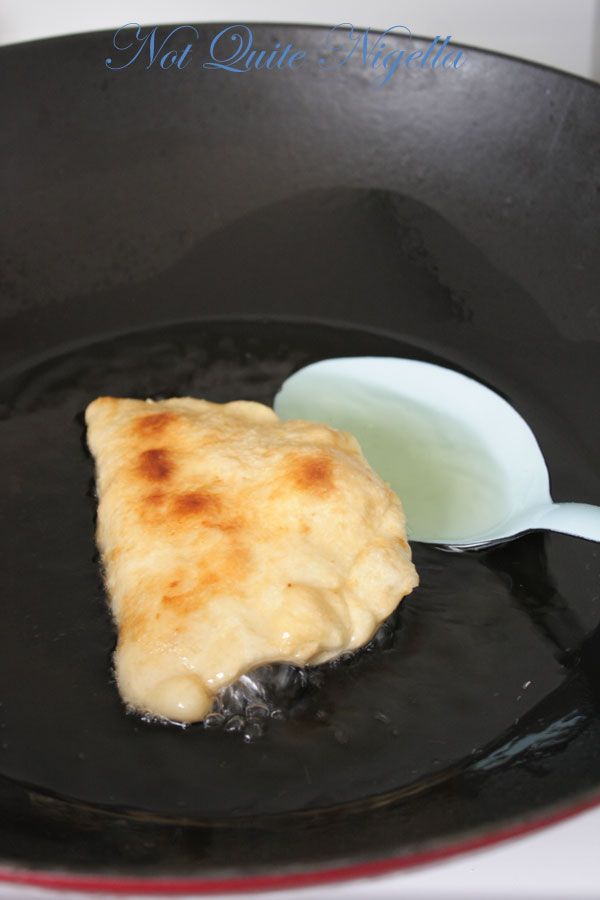 Frying the turnover and pouring hot oil over it