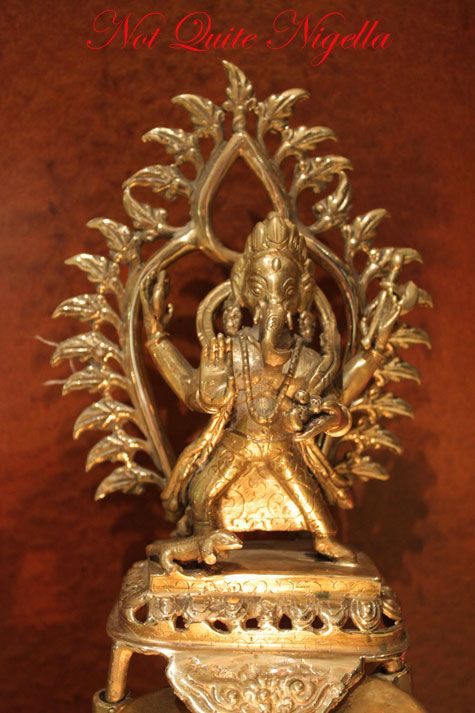 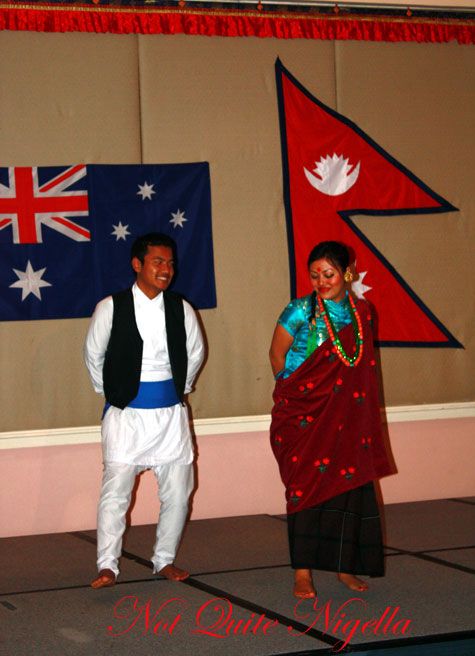 Why at this hotel? Well apparently there are quite a few Nepalese staff members including a chef working here - in fact there are about 40,000-50,000 Nepalese in Australia. Flawed or unflawed, I usually measure how big a community is based on the number of restaurants there are and I only know of two in Sydney. This rule is promptly thrown out as I realise that it doesn't apply here. The Nepalese community has their own newspaper and this day is the start of 2066 according to their calender. 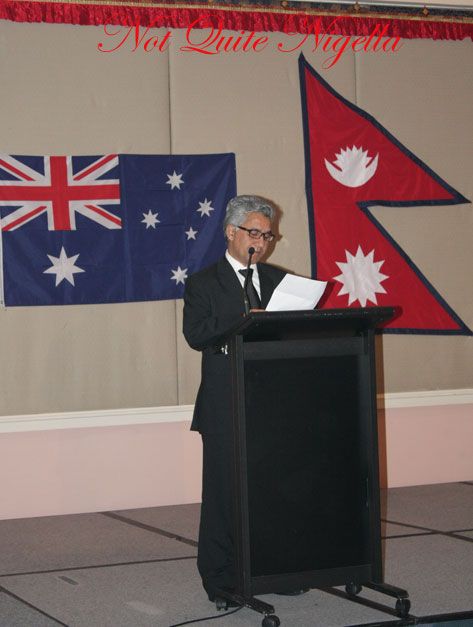 After the speeches from the H.E Ambassador of Nepal, Mr Yogendra Dhakal and the Hon. Minster Verginia Judge MP and other dignitaries we're led downstairs to the Grove restaurant. The Nepalese chef Sher shows us the dishes along with the spices used in traditional Nepalese cuisine. Typical spices used are cumin seed, coriander seed, garlic, ginger, fenugreek, mustard seeds and tamarind paste. 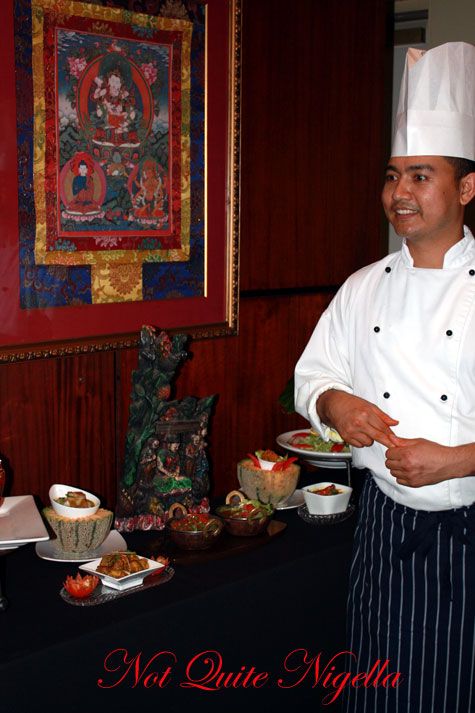 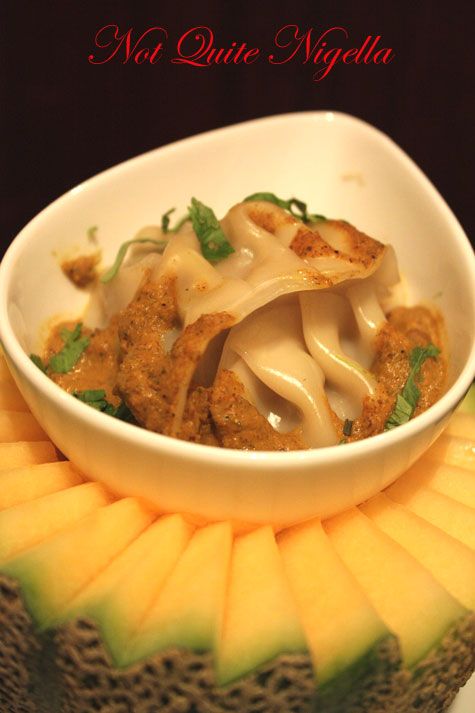 He shows us the Steamed Momo's which are Nepalese dumplings made with chicken and traditional Nepalese spices with a black sesame sauce. These are said to be the first things that visitors are served. The sauce is deceptively fiery and tingly with the tongue and lips quivering for some time afterward which I have to admit is a new sensation for me as I've never experienced it when eating. 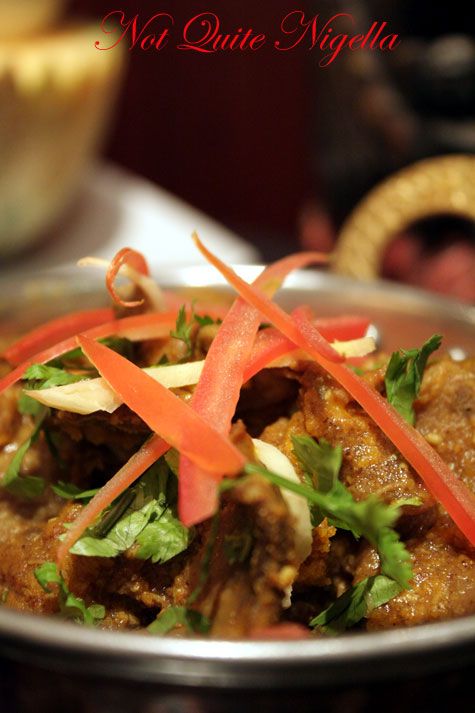 We try dishes such as Kashiko Masu or Male goat meat curry braised with onions, cumin, coriander, chillies and flavoured with Himalayan spices. Male goats are said to be used as they are more expendable than female goats (although this elicits some protests from the males at the table) who are more important as they bear the kids. Ok yes I made a goat pun but how often can you say that you have? 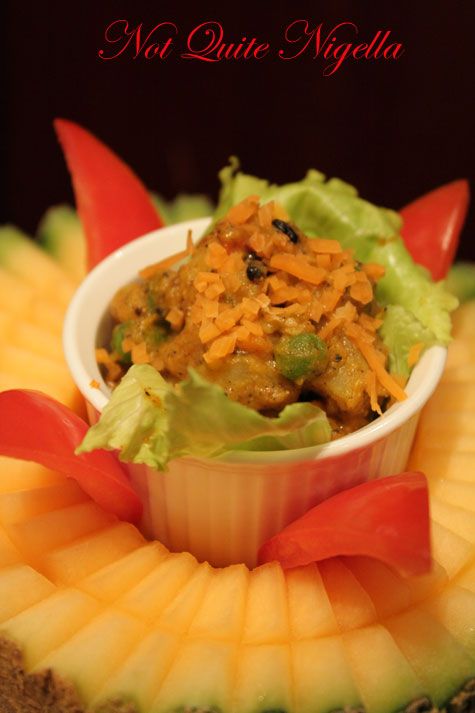 The Timuri Bandel Stir fry consists of pork belly diced with Nepalese pepper (Timur). It's interesting with the Timur being a black pepper that is only found in the Himalayas.

The rest of the dishes are made with both thin and thick sauces and are similar to Indian cuisine but different enough to be distinctly Nepalese. As you'd expect there isn't a great deal of seafood available in Nepal but we are treated to some fish and prawn dishes. Dishes are served buffet style so you help yourselves. 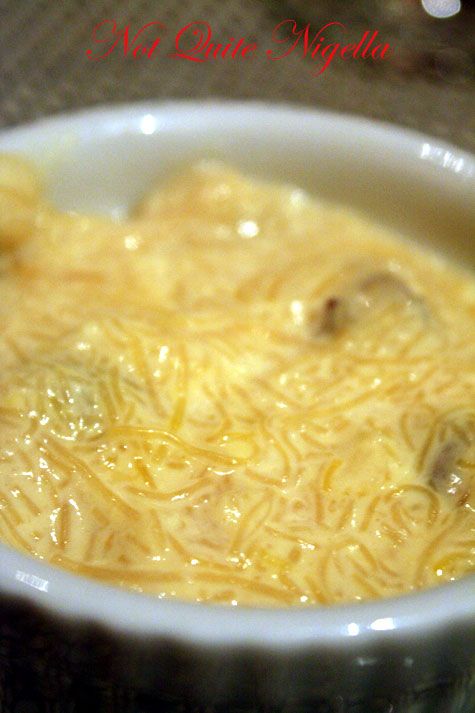 There are three desserts served as part of the banquet: a Kheer which is a rice pudding flavoured with pistachio, rose and cardamom and Semia which is a wonderful vermicelli noodle milk pudding with raisins and saffron. 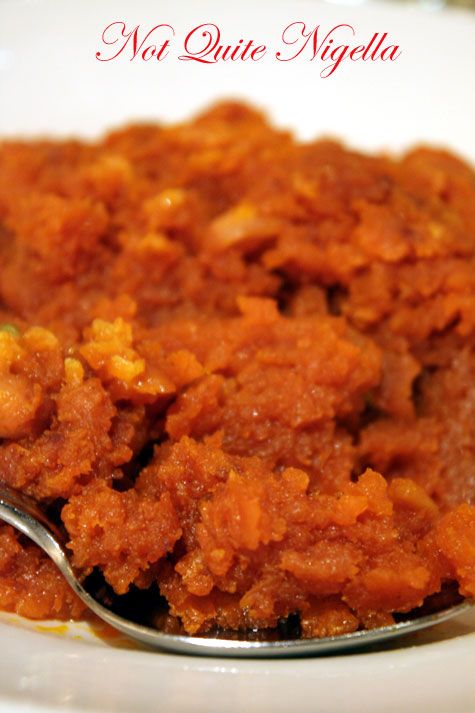 The Gajar Halwa  or Carrots simmered in milk flavoured with cardamom and nuts are delicious and indeed the aroma of them as pointed out by my dining companion Franz, is like that of a baked cake although the taste is like a sweet, nutty carrot dish with an evaporated milk aroma. A sweet end to a fascinating meal paired with a culinary lesson and great company!