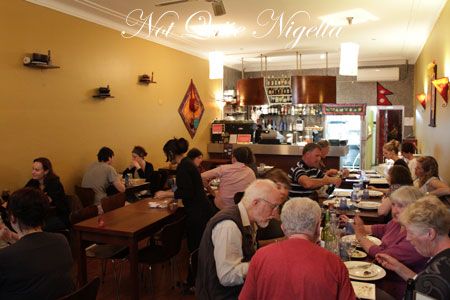 The saying goes "When in Rome do as  the Romans do". Mr NQN gives the phrase a special twist for the Nepalese restaurant we are in. "When in Nepal, eat goat" he sagely advises when we're dithering over the menu at Sherpa Kitchen. It's Good Friday and the dining choices are limited and we're taking The AssMan (a vegetarian) out for dinner and we want to make sure that he has enough choice. We chose here as there is a whole section for vegetarian (and plenty of choices for vegan or gluten free). From our experience it's similar to Indian food but less creamy which may be why there are so many vegan options. 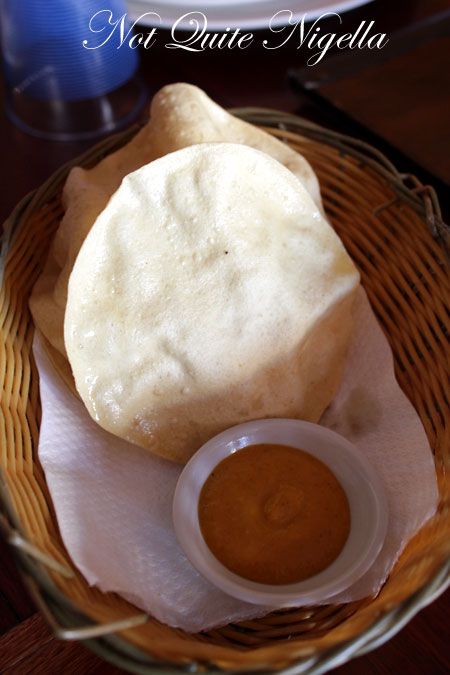 We busy ourselves with the menu and the basket of complimentary pappadums which have a spicy yogurt dipping sauce. Our waiter suggests the banquet and from doing the calculations it's a pretty good idea but as the AssMan is a vegetarian and we wanted to try the goat so we weren't able to do that option. 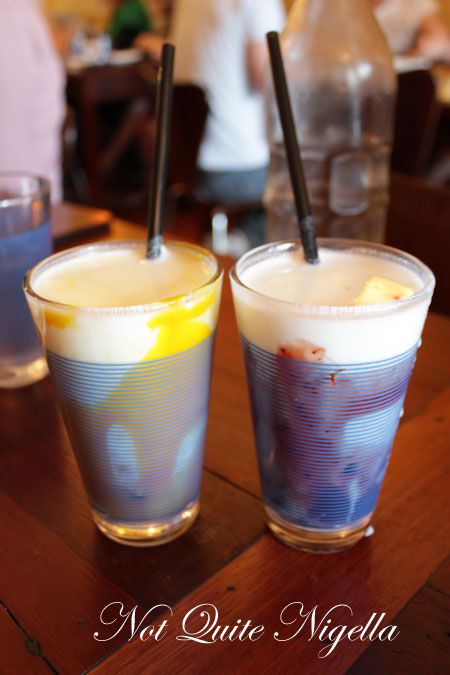 Mohi Strawberry and Mango $5.50 each

we start with drinks-Mohis to be exact which are similar to a lassi. The pick of the two is the mango one whilst the strawberry one tastes like it is flavoured with strawberry jam. 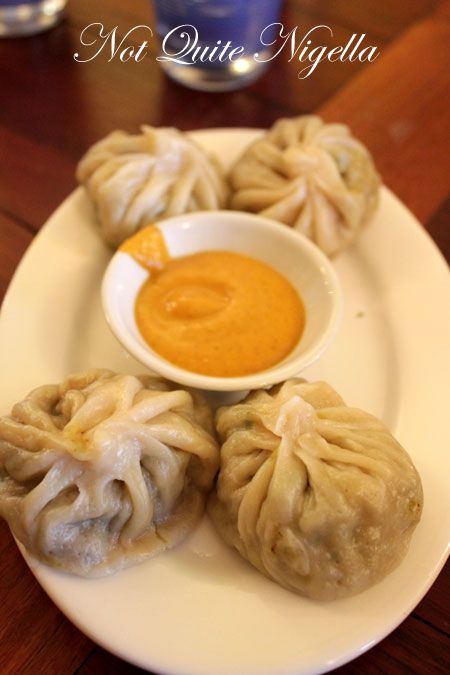 There are four dumplings per serve and we had opted for the vegetarian version. They're similar to Chinese dumplings but with a chive and garlic filling. They're not bad although we could easily devour more than four. It comes with a spicy, creamy yogurt sauce. 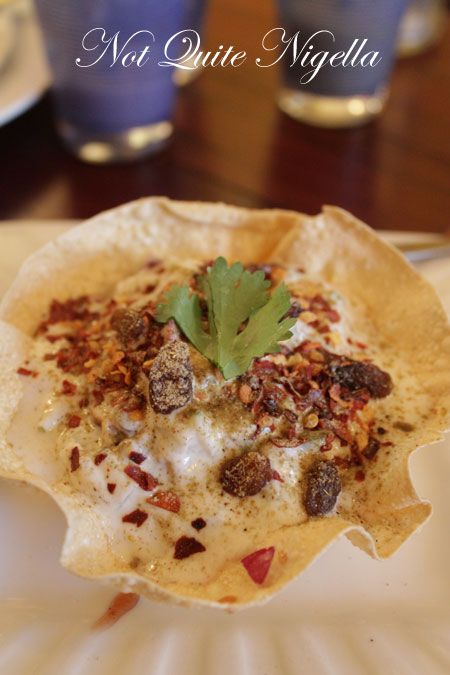 "What is a Sherpa Surprise?" we ask the waiter when ordering. "It's a bit of everything" he answers smiling. Hmm that doesn't tell us much I think to myself. "But what is in it?" I ask trying again. "Everything" he says and I get the feeling that we could be here all night trying to find out what is in it so we just order one since it's said to be the house specialty. It arrives in a pappadum cup and we take a poke around dissecting it before diving in. There are sultanas, fried noodle shreds, coriander, pumpkin, fried lentils and pieces of samosa cut up and all covered in a spicy yogurt sauce. I can usually take spicy but this is very, very spicy and it has an effect on all of our sinuses. There is a nice crunch and it's actually quite nice but there you go, I've ruined the surprise! :P 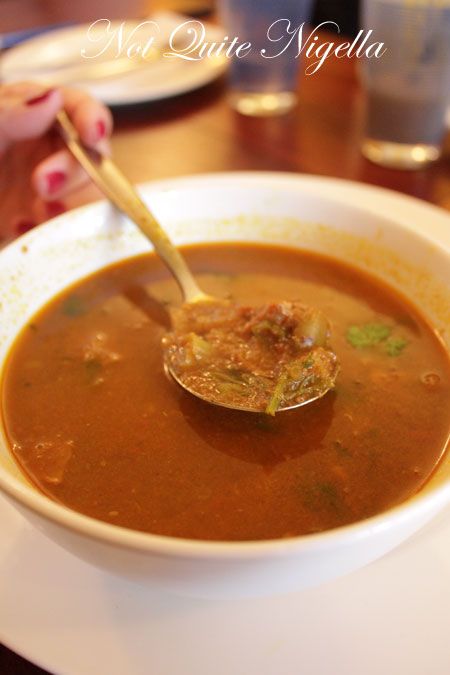 The goat soup is a tomato based spicy soup with small pieces of goat and large, bashed up coriander seeds which makes for some powerful flavour when you accidentally chew on a whole seed. It's quite spicy too and I feel it would have been nicer if it were creamier but Mr NQN likes it. 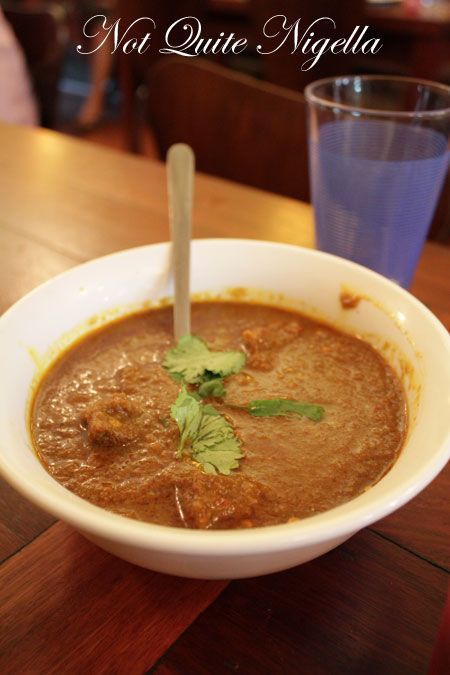 "We sell 60 kilos of goat a week" the waiter tells us. We had originally ordered the very spicy goat curry but as the previous items were so spicy we asked for the medium level goat curry. The sauce is rich and thick and strong with cardamon. I like the soft pieces as the sauce hasn't quite seeped through, don't get me wrong, I really like caradmon but it's a bit too prevalent here for my taste. 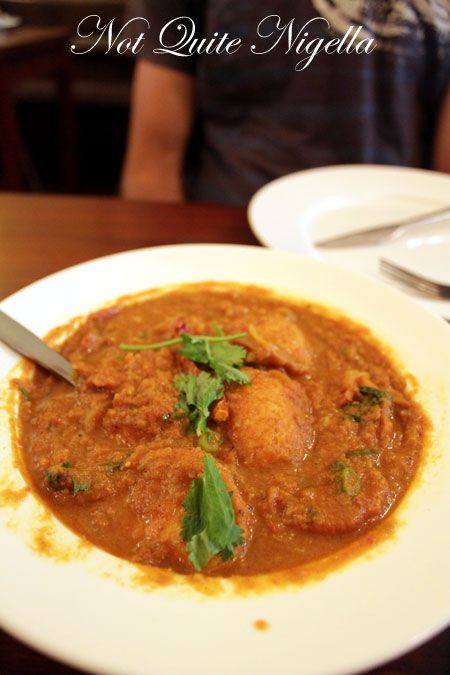 Mr NQN and his brother The Assman seem to love these boiled egg curries and this one is a slightly chunky tomato based sauce with horizontally sliced boiled eggs. It's not bad although I tend to prefer creamy curries. 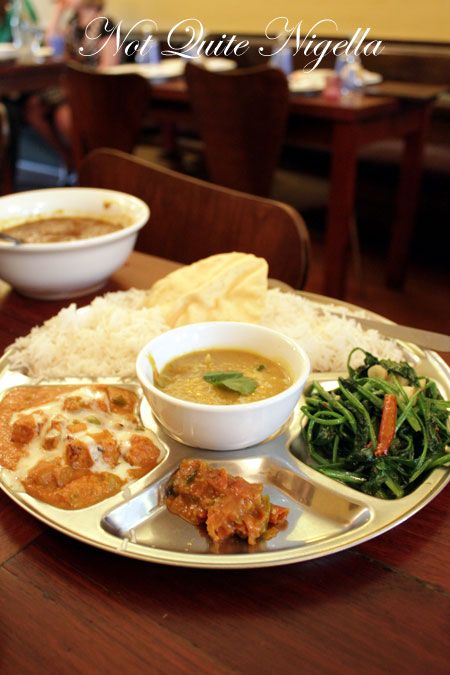 This Sherpa Thal is similar to an Indian Thali where you get to try a few different curries. This one ends up being my favourite dish as it has rice, a pappadum and  the "cyau kerau ra paneer" which is a mushroom, pea and cottage cheese curry cooked in a creamy sauce. The cottage cheese comes in the form of fluffy, fried cubes and tastes like small bite sized fritters. It also has "bhanta ra saag" which is stir fried eggplant and spinach which is similar to a Chinese stir fried kangkong dish as well as a vegetable pickle which is very strong. 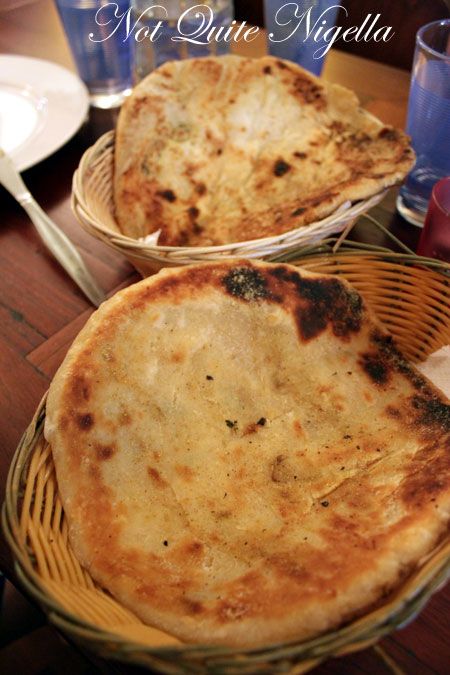 The roti bread filled with chicken mince smelled enticing when Mr NQN was photographing it so I eagerly dig in. It's absolutely delicious but surprisingly filling too. The AssMan's Masala roti is filled with potato, onion and coriander. He chews on some and says "It tastes like a boiled egg with lots of salt and pepper". Intrigued by this concept, particularly since there isn't an egg mentioned in the description, I break off a tiny part of it (I'm completely full by then) and try some. By George I think he's right! I break off another and then ask Mr NQN to. Yes strangely, it tastes like boiled eggs and salt and pepper. We can only presume that the boiled eggs for the curry were resting on the same chopping board as the roti was rolled that evening. 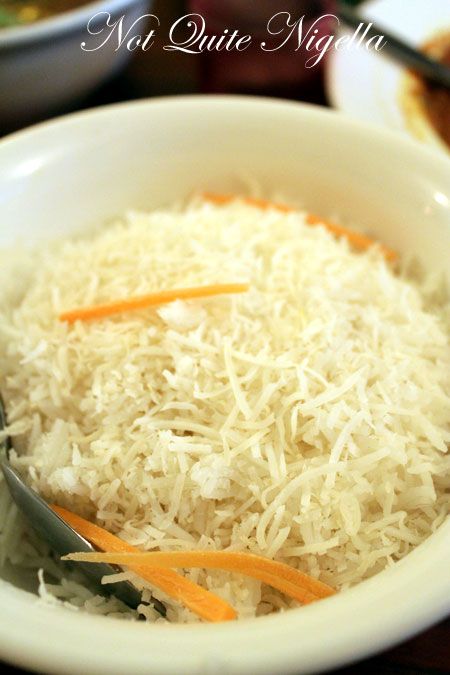 We appreciate not being oversold on the rice and the single serving of this is generous and just the right amount as we were getting rice with the thal.

Overall we're pretty happy with our meal eating til we're full enough to burst but of the dishes, I preferred the creamier ones as that allowed for a tempering for the heat and zealoue spicing effect.

So tell me Dear Reader, do you often find yourself having to find vegan, vegetarian or gluten free options and if so, is it difficult to find them? 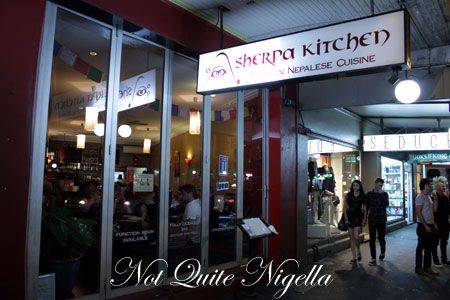