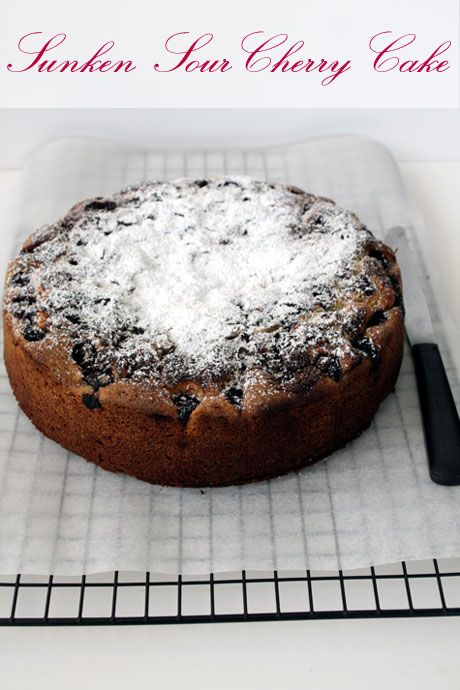 Speaking of Mother's Day today, Mr Gatsby's mum is no ordinary mum (although who is really?). She's a cookbook author having published  a cookbook on German cakes and pastries called the German Pastry bakebook. I wrote the book because in the 1970s pastries in the U.S. were not to my German standard. Because of that I had to do my own baking. This got me more and more interested and when going to Germany I quizzed every family member I could find for their traditional recipes. The challenge was that I needed to transfer them to American ingredients plus figure out the correct measurements as these recipes were very loose and not at all perfectly measured out, sometimes they were just known and passed down orally! So I had to try each recipe many times until getting the right combination so one could get the real German taste and flavour, and slowly but surely I wrote the German Pastry Bakebook."

She adds "The sunken cherry cake is my older sister's recipe as we always had plenty of sour cherries in our garden. I remember she explained to me that "our" sour cherries were too small to pit. If she did that, nothing would be left!  This was the excuse to leave the stones in!!!! Of course one can buy now lovely sour cherries, and pitted ones too."

When her sister made this cake she did not remove the cherry pits (always a laborious task) and as a result the cake was known by the name _Spuckkuchen _or Spit Cake to signify the spitting of the cherry pits. She also suggests that you could use tart plums or any other tart fruit as the sweet cake batter helps to balance it and I agree. 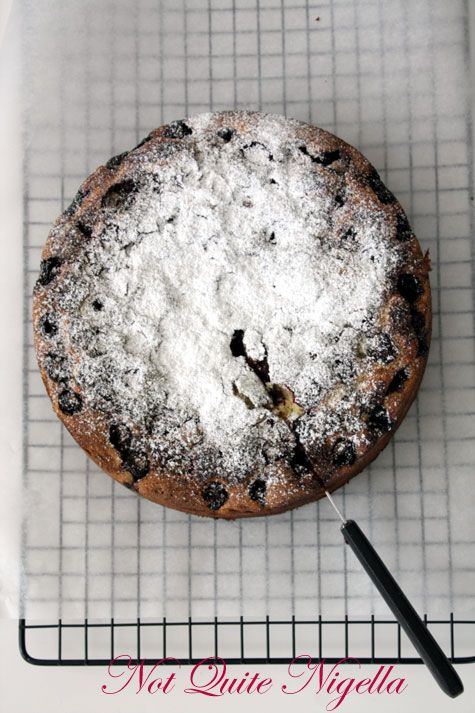 I didn't use all of the cherries as I wasn't sure how far down I should push them although the next time that I make this I would use more and keep pushing them down as they would be a juicy surprise throughout the slice. Although the cinnamon sugar adds a lovely aroma, as Margit suggest you could omit it and instead pour a cherry glaze over it or leave it and sprinkle icing sugar over it and it would look like a gorgeously golden yet rubied cake. As it is, it was soft, sweet and buttery with the perfect counterpoint of sour from the sour cherries and a dollop of whipped cream was a sumptuous but somehow wholly necessary accompaniment. Happy Mother's Day to all the mums out there! 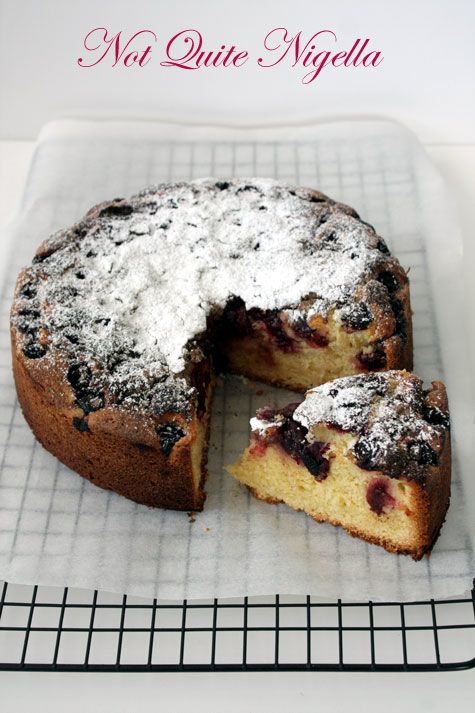 Butter and flour or line a 10-inch springform pan.

Step 2 - Mix cinnamon and sugar together in a small bowl.

Step 1 - Cream butter and sugar together until pale and fluffy. Add eggs, one at a time until combined. 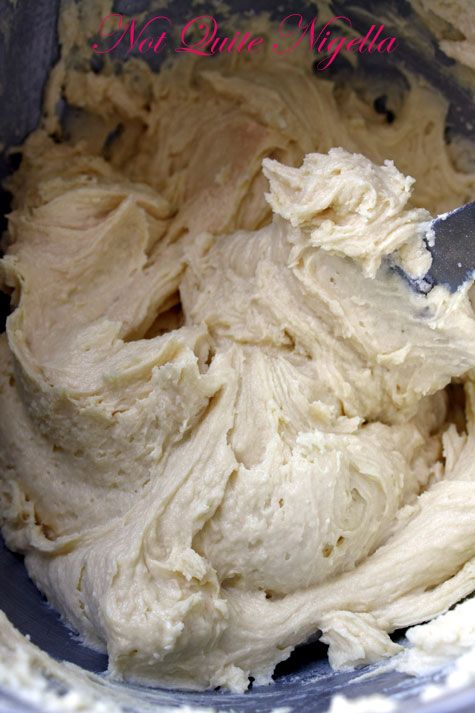 Step 4 - Pour the batter immediately into the prepared pan and smooth it with a spatula. It will be quite a thick batter. 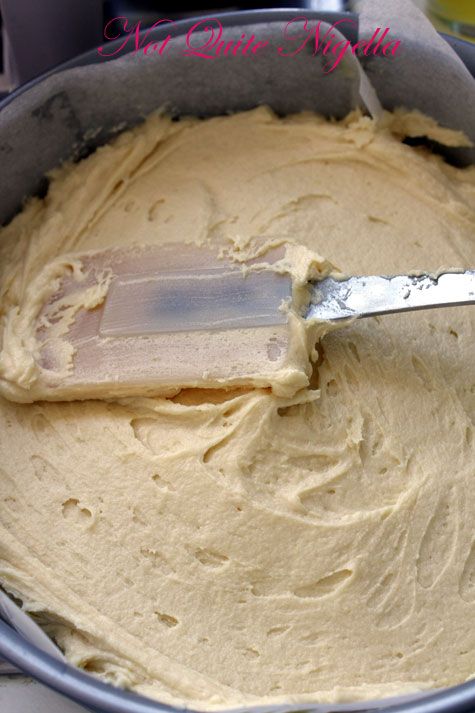 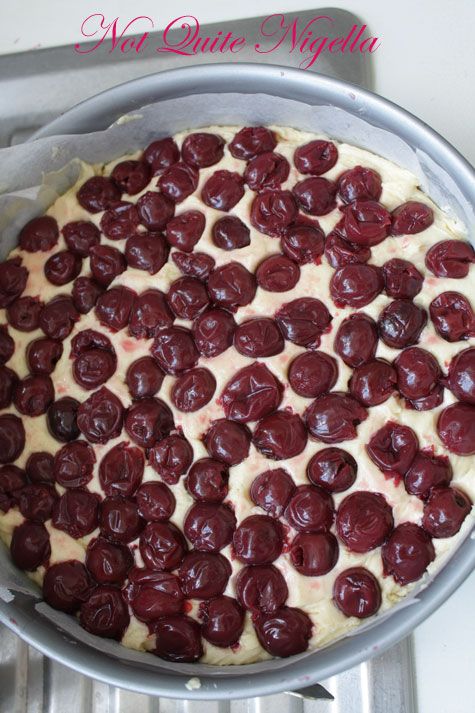 Step 5 - Distribute the cherries over the batter, pressing each down slightly to anchor it. You may find you have more cherries than can be pushed in on a single layer so just keep pushing more down. 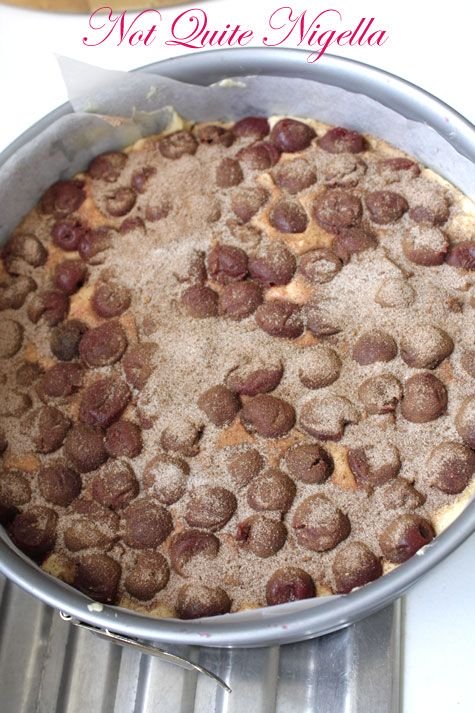 Step 6 - Sprinkle the cinnamon-sugar mixture evenly over all.

Step 7 - Place at once in the lower middle of a preheated 375?F/190C oven and bake for 60 minutes, or until a cake tester inserted in the middle comes out clean.

Step 8 - Cool in the pan for 10 minutes before unmolding it onto a cake rack to cool thoroughly. When cool, using a sieve, sift icing sugar over the top and serve.

Variations. Omit the cinnamon-sugar mixture. Prepare 1½ cups of cherry or plum glaze. Pour the glaze over the cake and let it cool. Or sprinkle the cake generously with confectioners sugar after it has cooled.

Serving suggestion. Serve each piece with a spoonful of whipped cream. 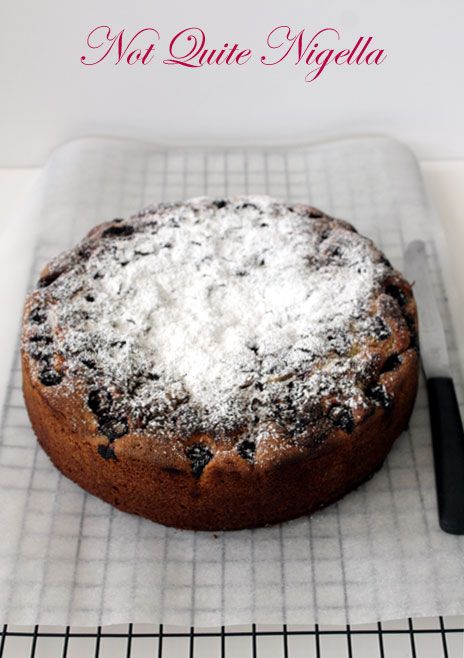