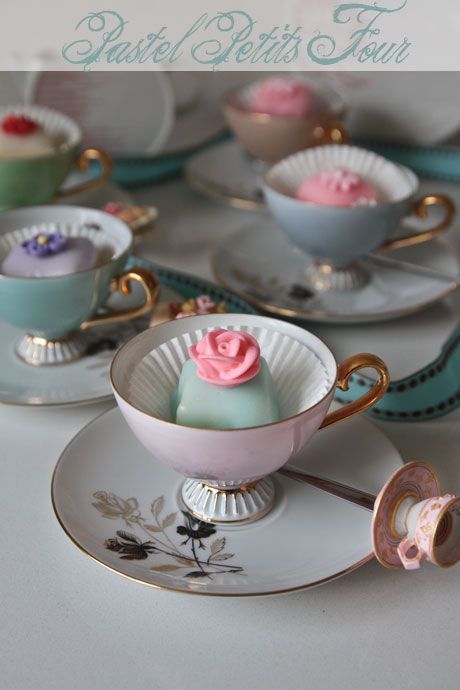 "I think I have a teratoma" I said to Mr NQN. We were on a plane and I was feeling the top of my head.

"A what?" he said inspecting the top of my head like we were two monkeys at the zoo. "Hmm your head is kind of squishy..."

"A finger growing inside my head. I have a headache" I explained. So of course the natural response is either that it is a tumour or a teratoma which is a strange growth inside the head and can take the shape of an extra finger (must stop watching tv...).

"You just need to relax" he told me and reminded me of how the headaches disappeared when I did manage to do nothing. We were fortunately enough to be on our way to visit an incredible island in Queensland. When we arrived I alighted the small plane and picked up my welcome drink and asked them for the internet password for our room. 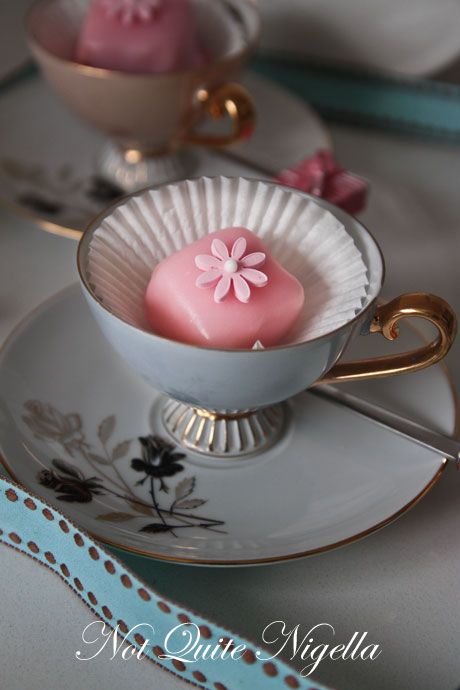 "There is no internet access in your room, only in the lounge" the woman said smiling, gingerly, as I may have had an alarmed expression. Picture Munch's The Scream both inside and outside. After my initial scare I sat down to lunch and it took all of an hour before I was converted to time before technology. We watched with amusement as another guest repeatedly tried to get cellphone access by pointing his phone at the sky in all different directions.

I was interviewed recently and asked about how technology has helped me and there is no doubt that it has. After all I wouldn't be doing this blog if it weren't for technology and the internet. And I am so used to defending technology, in this career and the career before as an internet advertising strategist that I never really stopped to think of when it doesn't quite benefit. And because I am an all or nothing personality and I throw myself headfirst into everything that takes my interest, I realised that I sometimes take it too far and need time away from a barrage of information.

Sometimes having an iPad, phone, laptop and television is overkill. The last thing I see at night is the laptop or the iPad and they are the first things I see in the morning. Sometimes I just need to take an hour out of a day and do nothing and be without pawing range of some sort of electronic device. I am also completely unable to meditate no matter how many times Mr NQN's mum Tuulikki tells me that it's possible (she has even given me books on mediating for Christmas). 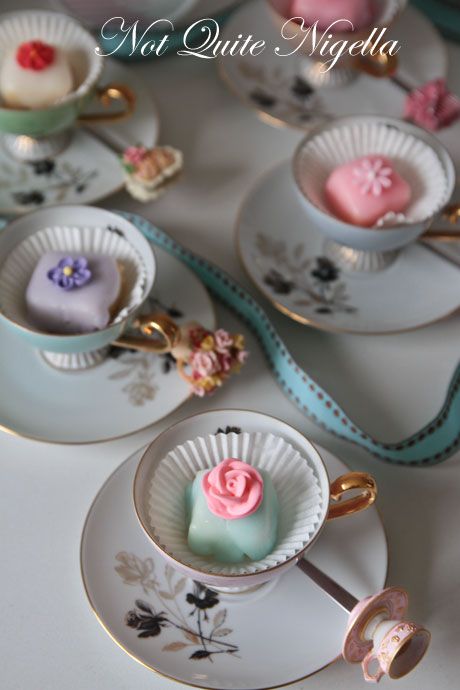 So lately every day I have sat down to a cup of tea and something sweet like these petit fours. I don't go near an electronic device and instead I potter about cleaning up after Mr NQN's tornado and reading a paper book. Petits four are of course meant to be served after dinner and are small, sweet little treats given the name Petit Four which means small oven. And serendipitously their size gives it an innate calorie control which helps too.

These petits four are very simple. I made them using a cake I had made for a trifle and I had just saved a section of it and sliced it up. You can also use a bought cake and if you do, a denser cake like a Madeira suits it well and simply cut it up or use a cookie cutter to create shapes. The icing recipe is adapted from Martha Stewart and is pretty much the go-to petit four icing recipe on the internet. It is easy to make and drips appealingly and blankets the cake well. They're sweet of course but eating just one won't send the diet awry surely? So I call this meditating by proxy...with a snack ;)

So tell me Dear Reader, do you think that you use too much technology at times? And do you feel anxiety if you don't have internet access? 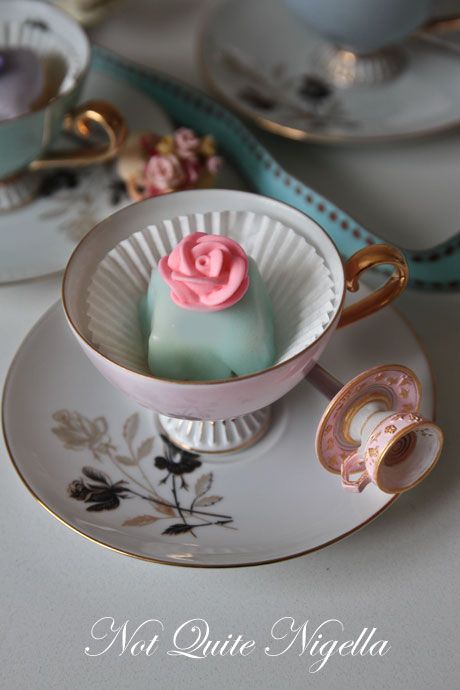 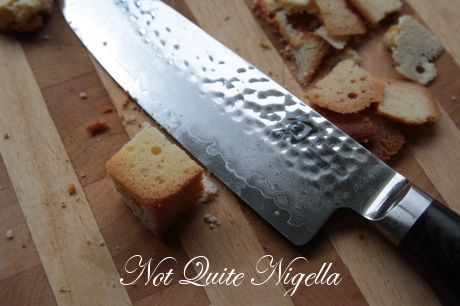 Step 1 - Cut the cake into squares or use a cookie cutter to cut out shapes. Brush off any excess crumbs. 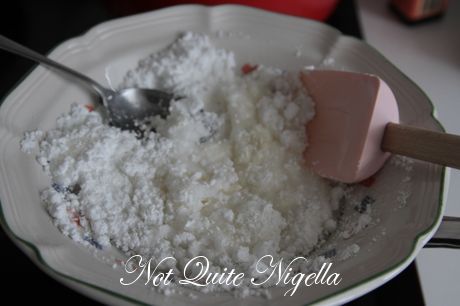 Step 2 - Make a double boiler by placing a saucepan of water onto boil and fit a heatproof bowl on top so that it sits snugly making sure the bottom of the bowl doesn't touch the water. When the water is boiling, turn down the heat to a simmer and add the chocolate and melt this and then add the icing sugar, water, glucose syrup and vanilla and almond extracts and stir until combined and smooth. It will take about 7-10 minutes to get it totally smooth (especially if you're lazy like me and don't sift the icing sugar ;) ). 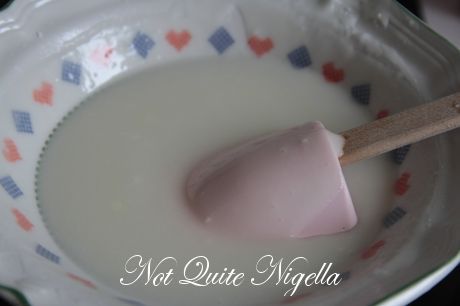 Step 3 - Place the cake pieces on a cooling rack placed over another tray to catch the drips (or I've seen chefs cut a big sheet of cling film and put it under the cooling rack and then just scrunch it up when they've finished). Working quickly as it sets very quickly spoon some into a bowl and using a tablespoon pour it over the squares and affix a flower while it is still "wet". Then repeat this but this time add some colouring in a new bowl and mix a colour. I kept the large bowl of white icing on the stove to keep it liquid and warm and just made new colours one at a time. 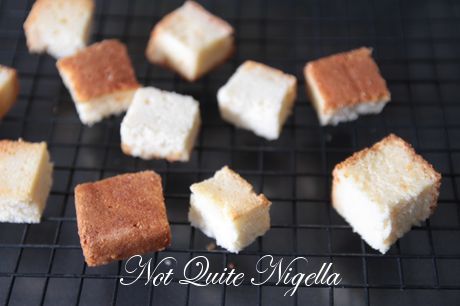 I'd love to give you an action shot of pouring it over the cake squares but I had to work fast! It sets very quickly!

Step 4 - Allow to set for about 10-15 minutes. Take an offset spatula or paring  knife and slice the petit four along the bottom so that you cut off the drips. The icing itself at this stage is slightly pliable so you can slightly mold it. Place in cupcake liners to serve. 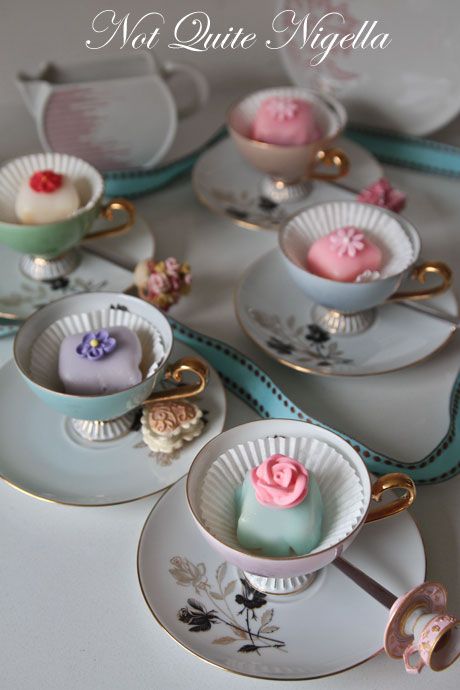