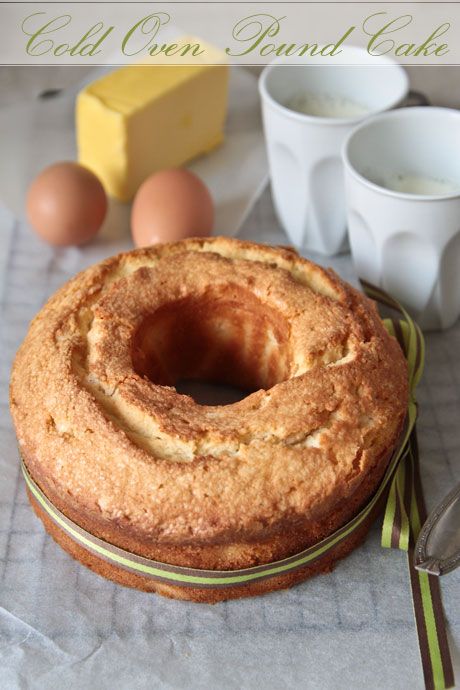 Many of my friends are older than me and I have always had older friends. I consider them much wiser than me and yet they all have one thing in common. They're young at heart and you can talk to them about anything, including silly things. One of my longest standing friends, for almost 20 years is Queen Viv. Whilst she can talk knowledgeably about pop art, rare plants, brain disorders, the mechanics of cars and historical figures, she can also talk about silly things.

We were having a conversation and she was telling us about her neighbour's very dumb but very handsome cat called Kevin that used to come and visit her cat. It was for all descriptive purposes, the Jason Stackhouse of cats and used to squeeze itself through a tiny vent only realising months later that there was  cat flap door right next to it. Which brought up a few key questions: 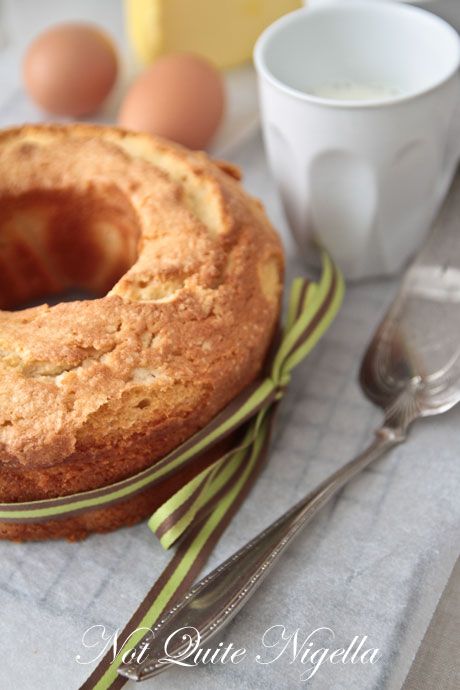 And then the conversation turned...

When did mooning people in cars go out of fashion?

Why is the word moist sooo creepy?

And speaking of creepy, is it just us or are those little kid costumes with the built in muscles just odd? 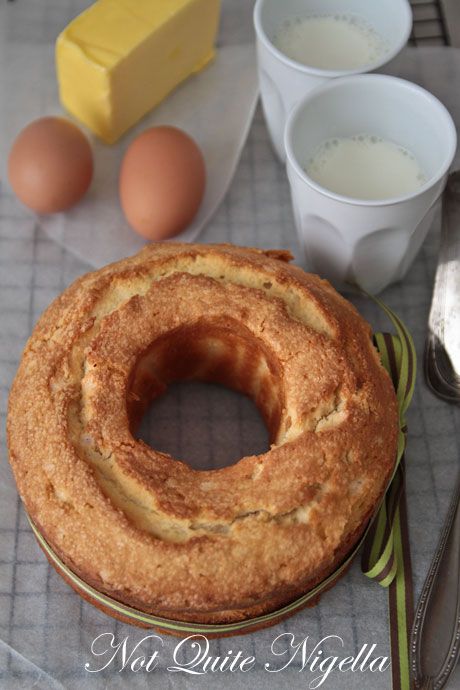 Another strange question: what would happen if you put a cake in a cold oven and baked it? Whilst I may not be able to answer the other questions, I can answer that if for some reason you have forgotten to switch on your oven to preheat it and you're making a pound cake, it will not only be ok, but it will turn out beautifully!

I first saw this one Betty's blog Scrambled Hen Fruit and I should preface the mama in the title is hers, not mine. I was drawn to the unusual baking method and also the fact that it was her mother's recipe. I love trying out new cooking methods and pound cake is a favourite cake of mine with the flavour of the butter shining through in a moist (oops, sorry that word again), delicately crumbed cake with a sugary crust on top.

It was easy to bake and I used copha, an ingredient that I last saw when I was a 10 year old making chocolate crackles. And disturbingly, or reassuringly - you pick, the packaging for copha doesn't seem to have changed in that time. It was a cold day and even though the butter and copha were left out overnight and much of the morning, the copha was still hard. I may have overbeaten the cake which may explain the breaks  on top but I wanted to make sure that the copha was well beaten into the sugar and this was difficult. The recipe below made enough for two tins which I measured at holding 5 cups and 6 cups each so you can halve it or bake two cakes or make a 11 cup capacity cake or thereabouts. Oh and by the way it smells absolutely wonderful while it is baking. 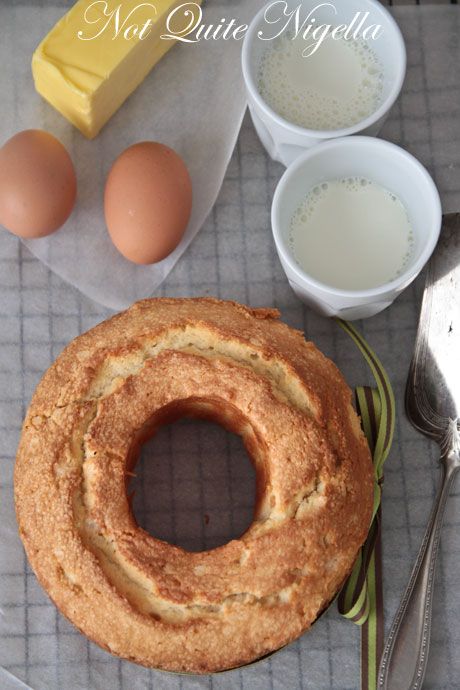 So how did it turn out? Well my LG oven oven is very fast at preheating taking less than 5 minutes to preheat so I made sure to watch the baking carefully as it would have reached the temperature quicker than say Queen Viv's oven which she says takes about 20 minutes to reach the heat. I took the cakes out and let them cool a little but curiosity got the better of me and I turned them out and photographed them as I just wanted to try them. I took a slice out as I know the crumb is important when it comes to a pound cake and took a bite. It had a gorgeous texture and it was soft, dense, moist and moreish. Coveting the texture and mouthfeel I swiftly cut myself another piece and had that with a cup of tea and pondered the rest of the questions...

So tell me Dear Reader, do you know any cats called Kevin? Been mooned recently? Know why the word moist is so creepy or find those built in muscle kid's costumes just strange? Any other random questions? ;) 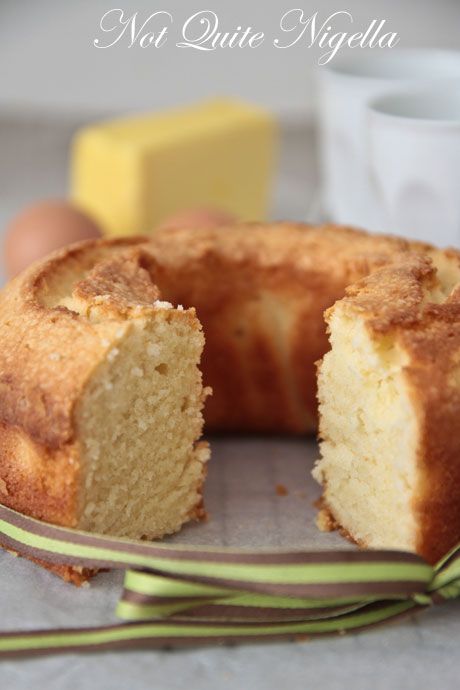 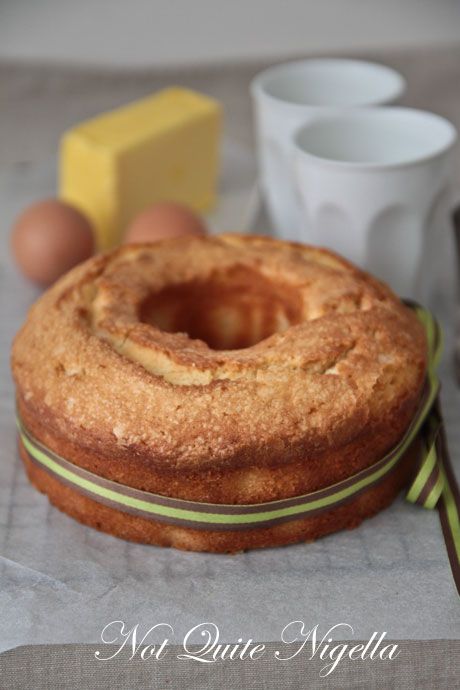 Can make a cake to fill an 11 cup capacity mold

*To make 1 cup of cake flour, add 2 tablespoons of cornflour to a measuring jug and then top up to 1 cup mark with plain/all purpose flour. Mix well. 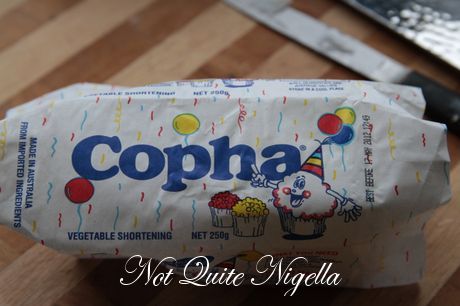 I swear the packaging looked like this decades ago! I hated chocolate crackles so the cupcake man on the packet meant bad birthday treats :P**

Step 1 - Prepare tin by greasing and lining them with parchment paper (I made two cakes, one using a 5 cup capacity mold and another using a 6 cup capacity mold). Cream together butter, shortening, and sugar. Beat in half of the cake flour, half of the milk, and the salt until combined. That's right, in cake recipes you usually beat in the eggs after creaming the butter and sugar but here you beat in the flour and milk before the eggs. 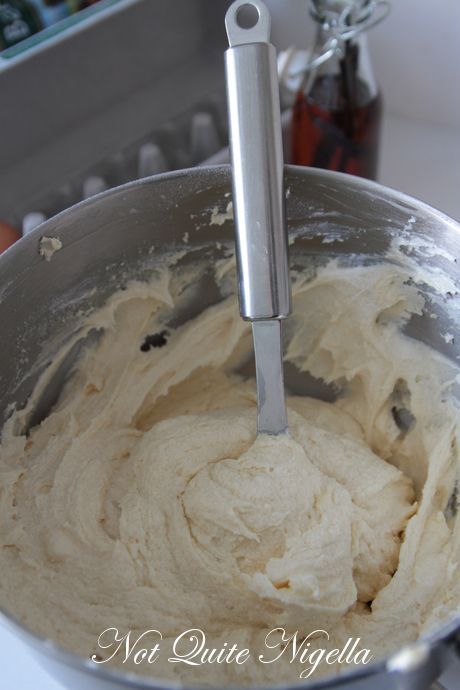 Step 2 - Then beat in eggs, one at a time (beat each one in until it disappears into the batter- don't over-beat.) Beat in the rest of the cake flour, milk and vanilla. 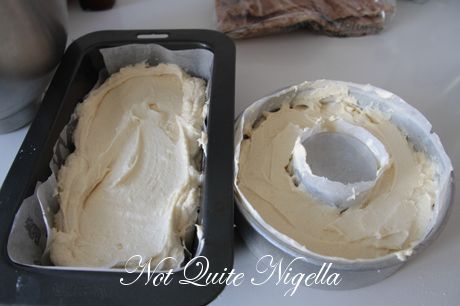 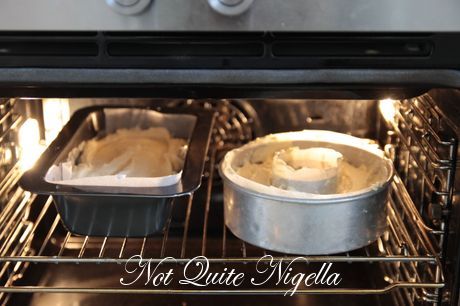 Step 3 - Pour batter into a greased and floured tube pan. Put in a cold oven and set temperature to 325F/160C degrees. Bake for 1 hour. Increase temperature to 350F/175F degrees and bake for 15-30 minutes longer or until cake is done (a cake tester comes out clean). I baked two cakes and so they were done at 1 hour 15 minutes but if you bake one large cake it will take longer. 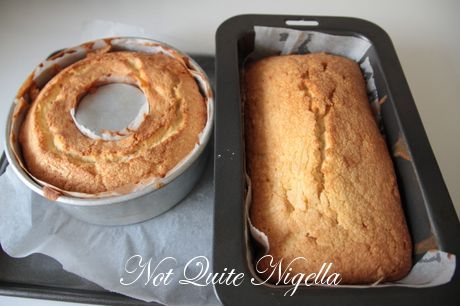 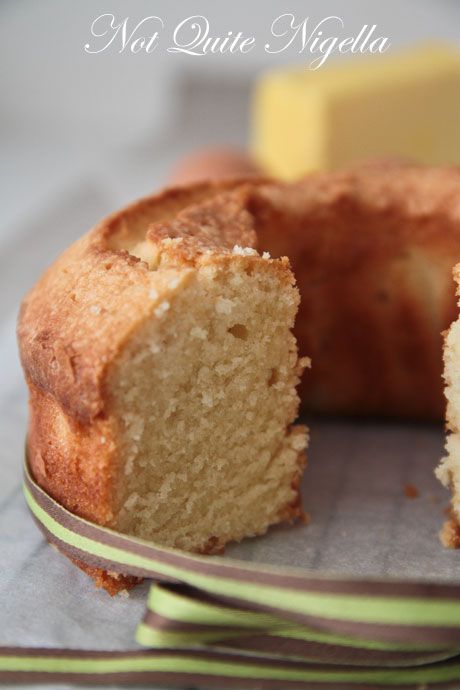