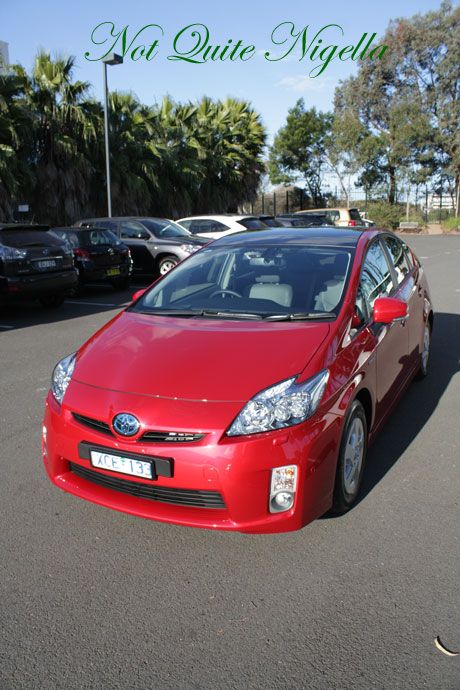 The new Toyota Prius ITech aka the Kitchen!

This was my second such brush with destiny. A Manifold Destiny to be exact. I first tried cooking on my car relatively early on my blog on a trip to the Blue Mountains and I was ambitious: I tried cooking prawns and sliced potatoes. Little did I know that the 1.5hr trip would barely cook the edges but the urge to cook on my car has never left me. I don't mean frying an egg on the car roof as I'm not totally crazy (hmmm perhaps another idea though) but wrapping food in foil and placing it around the manifold of your car engine. 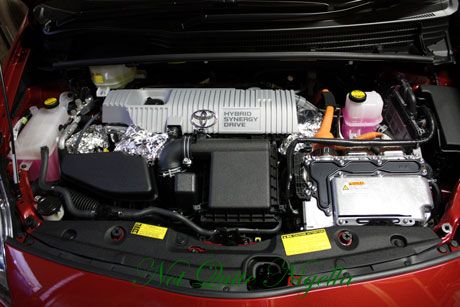 The cooktop ahem the engine

So when Mr NQN and I were planning a trip to Canberra to see the Vanity Fair Photographic Exhibition with Queen Viv and Miss America I knew I wanted to do it again. But with a twist of course. I decided to give it an enviromental theme and try cooking on a Prius. So summoning up my courage and anticipating a quick, sharp rejection, I asked the friendly peeps at Toyota expecting them to laugh and back away slowly thinking that I was a lunatic ("these damn food bloggers" they'd mutter). Amazingly they said yes. Not only could I borrow a Prius but they'd loan me the latest one to test drive and cook on the engine. Yes and they know I'm a Learner driver too! 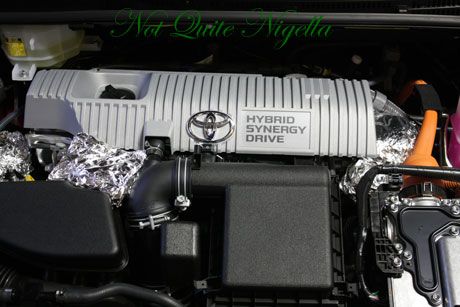 A close up of the foil food parcels on the engine

We set about devising an environmentally friendly meal so keeping this in mind, vegetarian was the best option and also would probably give us less food poisoning that eating rawish meat as we'd all prefer not to die in the quest for a meal which I should think it would get us a listing in the Darwin Awards for Stupidest Ways to Die (although would I get a painting in the Food Blogger Hall of Fame for dying in the services of a food blog?). We set about buying locally grown produce to go with the environmental theme so we visited Alfalfa House in Enmore. 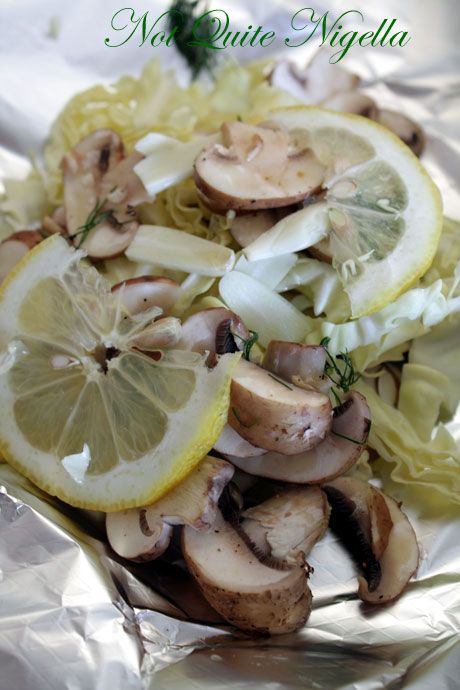 We bought some Swiss Brown Mushrooms and Cabbage and flavoured it with fresh dill (ouch $4.50 a bunch!) and all were grown in NSW. I added some Hunter Valley grown Patrice Newell garlic and some slices of lemon from my friend The Second Wife's lemon tree in a neighbouring suburb. The oil and pepper was Australian but less local and salt was Maldon which is from the UK so there were some concessions.  We added a little homemade stock and wrapped everything up in foil and there were also wholemeal rolls that we packed up in the foil. We  stashed it in various parts of the engine, hoping to find the best space to cook it. Make sure to pack it in tightly or you may risk "losing your lunch" on the road. The first time we did it, I spent much of the trip looking backwards for little packets of foil on the road behind us fearing that our meal had become roadkill. 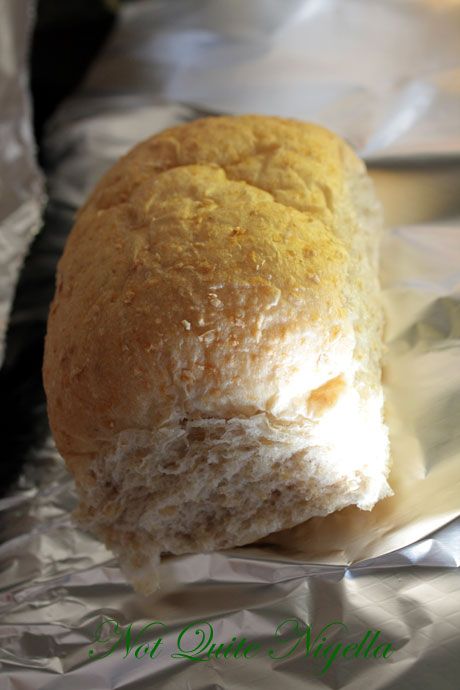 We started up the engine and drove and drove and drove while I was reading the Prius manual. I'd been to a Prius event a few weeks ago and tested the Self Park function that was my favourite feature and yes it really can park itself-I'm not joking. Now if only they would let me use it in a driving test although the fact that I wouldn't be touching the wheel while it is turning and manoeuvring would probably give it away. I also loved the heads up display where the speed is illuminated on the windscreen so you don't have to look down to see your speed which I constantly have to do as L and P drivers can't go over a certain limit or they will crush you and your license. The seat warmers were also a god send considering how bitterly cold Canberra gets and Mr NQN loved the cruise control radar which controls your speed according to the distance between you and the car in front of you and helps you to brake if you get too close. He also liked the solar cooling and "moon roof" aka sun roof. Queen Viv and Miss America were rather impressed passengers and wondered if the car could float a la Chitty Chitty Bang Bang. 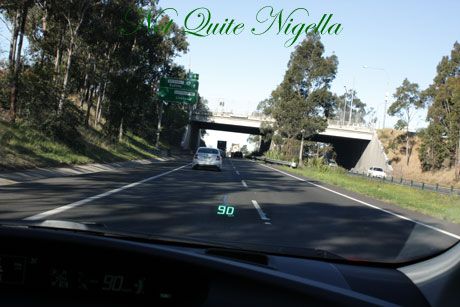 The Heads Up Display 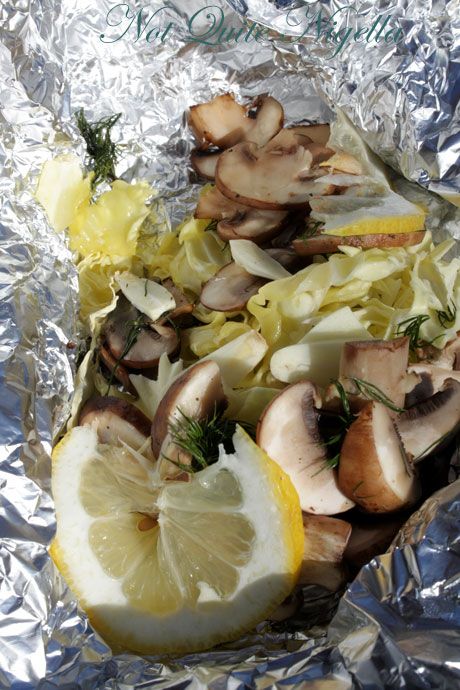 We reached our destination 2.5 hours later and peeled back the foil. Not much had happened to our meal as expected as we knew that the engine was cooler than others as it is a Hybrid engine so we carefully repacked the foil and drove around with it completely forgetting about it until our return trip home. We didn't have time to stop at any cool cafes and we try and avoid the fast food places that dot the highway drive home from Canberra to Sydney and we were halfway home when we both realised that we had a meal on the engine. But had it cooked? We stopped the car and peeled it back. Praise the food gods it had and it smelt wonderful! Had anyone driven past us they would've seen two freezing souls jumping about in joy. The bread rolls had dried out too much and had to be thrown out but the packets of vegetables were perfectly cooked and smelt inviting. Because we carry a fork at all times (yes a sign of a Food Bloggerus), we tucked in greedily. Of course it's not haute cuisine and I'm sure a chef would probably pooh pooh it but given the choice of the overpriced fast food en route or the car I pick the car. And the fuel consumption? 4 litres per 100kms! 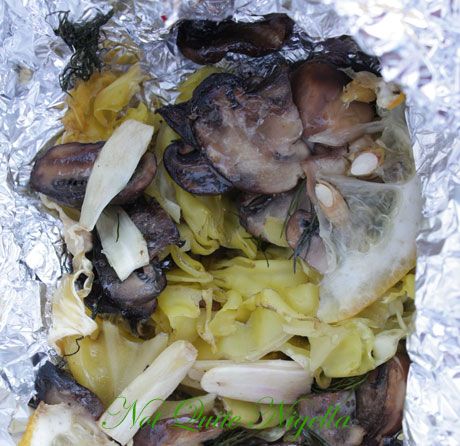 Manifold Destiny reached I feel satisfied that it can be done. And thankyou to Toyota for allowing me to loan their precious Prius for my crazy experiments! Do I have to give it back now? :)

I've also uploaded my interview with the charming Stephie and Ellie on 99.3FM. It's about 10 minutes long and was a lot of fun to do (although I always cringe at the sound of my own voice). You can listen to it here!

And if you're not already sick of me, Sneh from the lovely blog Gel's Kitchen interviewed me here!