Cherry & Ricotta Strudel and another breakup 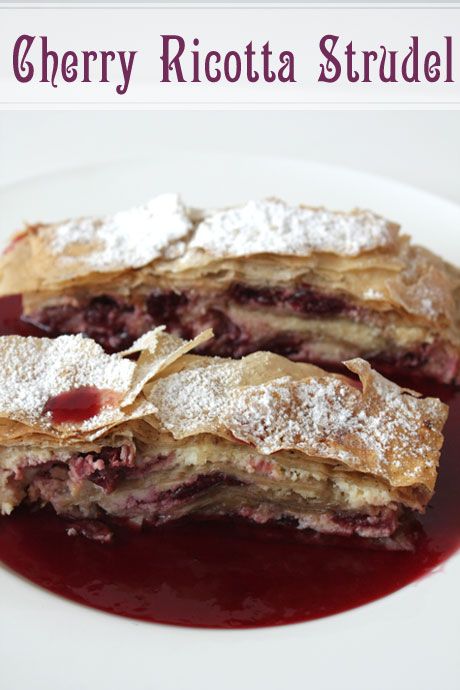 I first saw this Karen Martini recipe in the Sunday magazine. I was spellbound by the photography and styling, and in turn I gravitated towards the recipe. I tucked it away for a few weeks always wondering if I would give it a go. I've tried a few of Karen's recipes in the past and they were long and they didn't always work out so was I willing to give this a go? One afternoon I decided to try again to reconcile with her. 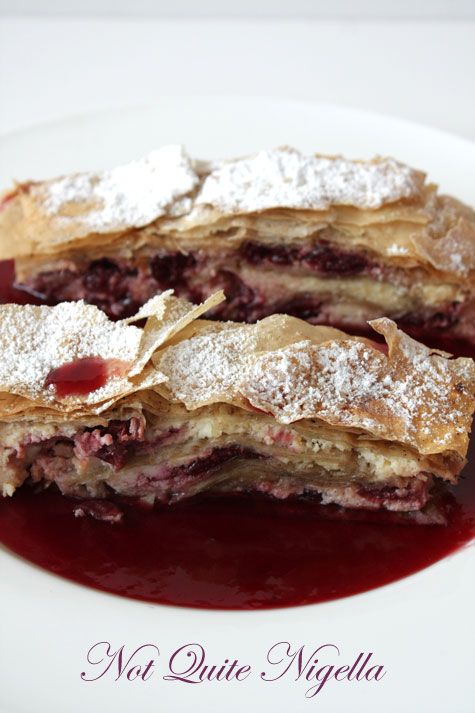 All was ok until I realised that the "packet of filo pastry" was a rather vague one. There are 500g packets and 375g packets at the store. I had about 14 sheets of pastry left over waiting in my fridge from my 375g packet which was roughly half of the packet but I just couldn't make the trek to the store so I thought that would do although that's certainly not a packet under anyone's definition. But since I had everything else I went ahead and made it using the 14 sheets I had. Little did I know that that even only 14 sheets was way too many sheets - about double the amount that I actually needed. I shudder to think what would have happened had I used an entire packet like she had suggested.

To make matters worse, the filling amount was way too much for the size of the filo so a lot of it leaked out. And as I mentioned, the 14 sheets of filo were too thick to properly roll the strudel (and this should be done with a teatowel to prevent the pastry from breaking). 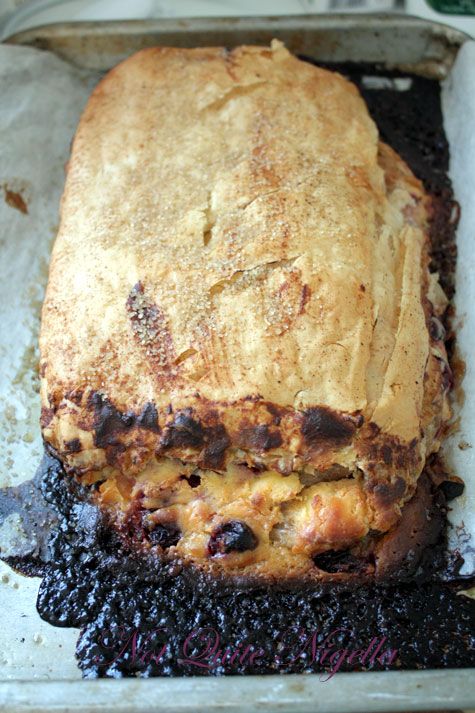 One change that I made from the outset was to use browned butter which I love using for filo pastry when you want a deeply nutty flavour and this worked well. This isn't an overly sweet strudel so it's perfect for the non sweet tooths. I've adjusted the quantities so that you can avoid my fate. After making this I checked recipes and all of them called for about 6 sheets of filo pastry to 250g ricotta. 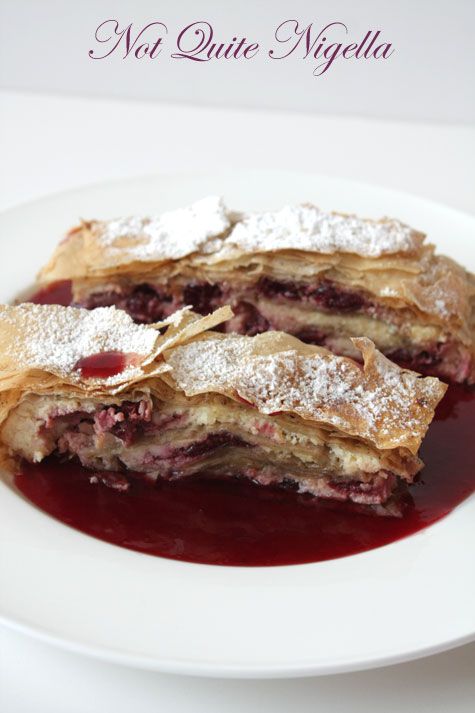 Hmm it seems like we're breaking up again Karen...

So tell me Dear Reader, is there a chef whose recipes rarely work for you? 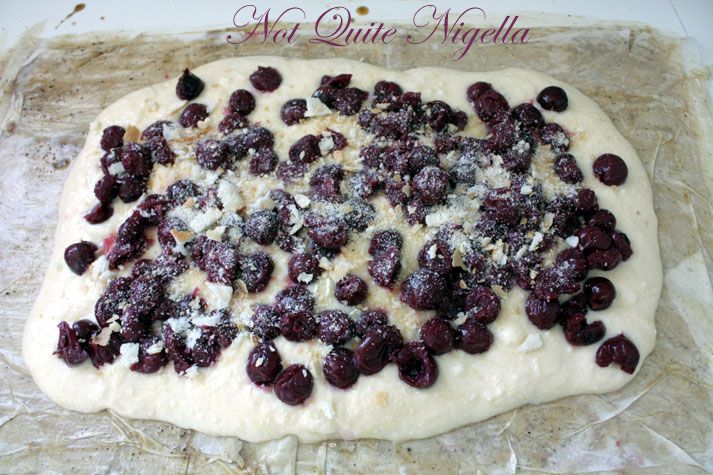 Step 3 - Spoon the filling onto the filo leaving a 5cm border around the edge. Scatter breadcrumbs and cherries on top. 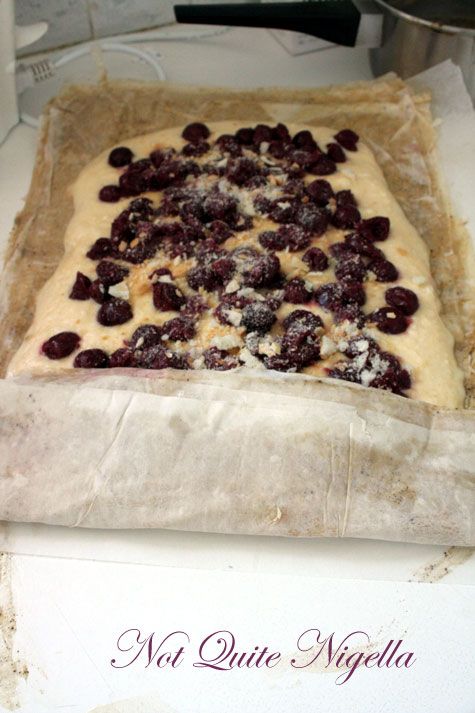 Step 4 - Place a sheet on baking parchment on a large baking sheet and starting from the narrower end, use a teatowel (not pictured here) in a rolling action (like a swiss roll) to roll up the pastry, tucking in the sides while you roll to enclose all of the filling and stop it from leaking. Brush the strudel with some browned butter and sprinkle with sugar. 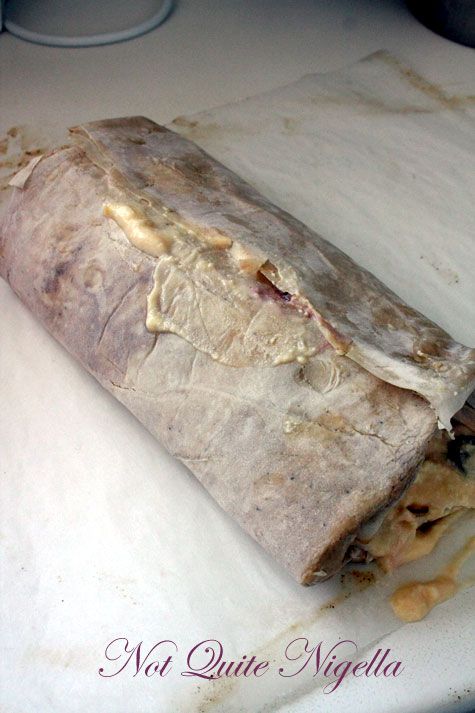 Step 5 - Bake in oven for 35 minutes until golden. Leave to firm up for half an hour. 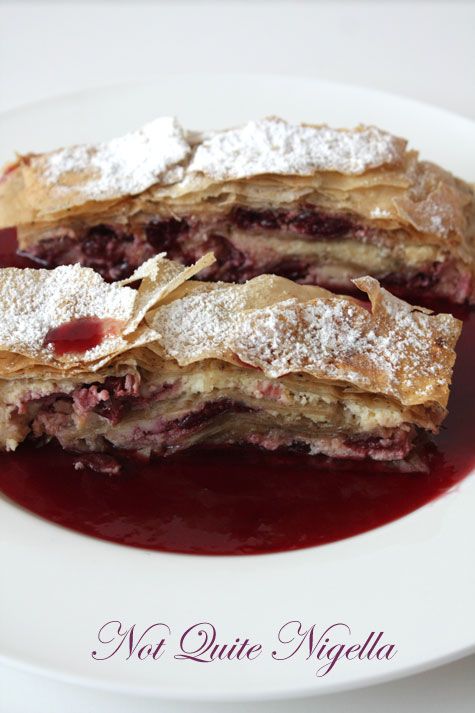