Made From Scratch: Mascarpone Cheese & A Feature In The Foodies Guide to Sydney 2010! 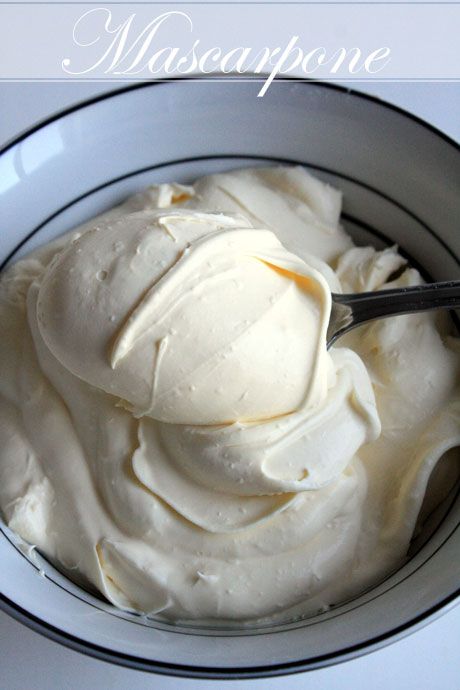 How was your weekend? Good I hope :)  If yours was like mine, it was furiously busy with a whirlwind of activity. And although I was frantically busy, a part of me (perhaps the insane part) thought that making my own cheese was a good idea. The cheese that I wanted to make was Mascarpone. For one, it's usually quite expensive to buy with a 250g tub retailing for about $7.50 - a kilo of ricotta by comparison is about $7 a kilo and reason two, it's delicious. Then one day I came across the wonderful Deeba's post on Passionate About Baking where she made mascarpone and it looked so easy and yet beautifully creamy that I bookmarked it straight away knowing that I would be making my very first cheese soon. 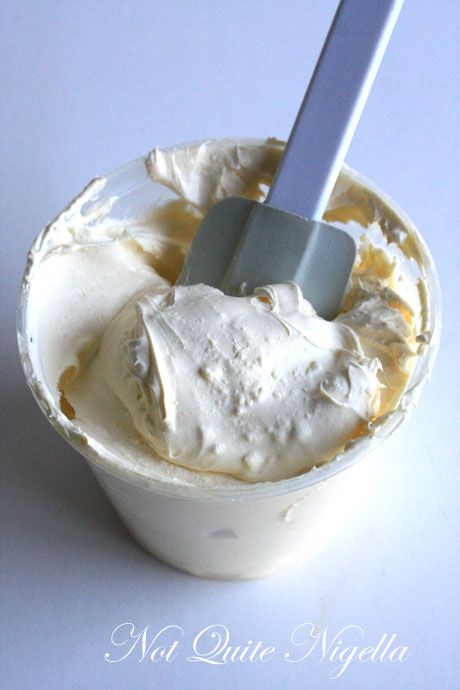 Mascarpone is similar to a cream cheese although more creamy and voluptuous and less "solid". A speciality of Lombardy in Italy it's a double or triple cream cheese which is denatured by using tartaric acid or a lemon or lime juice. It's then drained of its whey and the resultant cheese is sublimely rich and creamy. Simply mixing it with some rose syrup and some fruit and it's an amazing but simple dessert on it's own. It's also the cheese that happens to be used in Tiramisu so you know it can't be bad right? 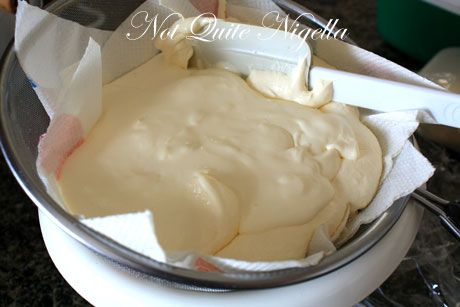 Draining the whey off

The process was straightforward and the key was simply to heat it up to the right temperature. After that it was simple and the time taken was just in waiting and like making bread from scratch, I found making my own cheese very rewarding an experience too. You'd think I'd just split the atom such was my pride at my voluptuously creamy mascarpone (and sadly there was no-one around to High Five). "Try it!" I later said to everyone within a spoons' reach. My 900ml of cream made 700grams of mascarpone and even then I was proud of having created something that would cost me about $20 to buy for a fraction of the price and not only that, it beyond fresh. 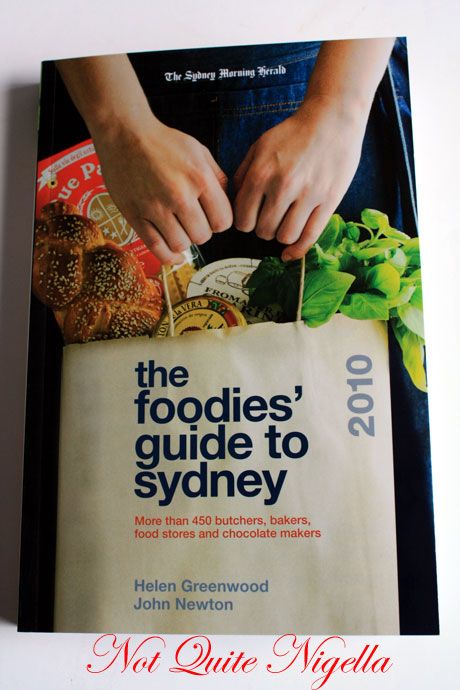 Last week I received some amazing news too! I was tweeted the news by the SMH's Simon Thomsen that I had made it into the new The Sydney Morning Herald "Foodies Guide to Sydney 2010" book! I was one of two bloggers featured in there. For overseas readers, the SMH is the foodie newspaper and they put out an annual Good Food Guide with restaurant reviews and a Foodies Guide to Sydney. I was amazed and the very next day I got my hands on a copy. I opened it up to the index and squealed "I'm in the index!" to my mother who gave me an amused look. I flicked to the page and there it was. My own feature - and they got me. Yes they really understood me and what my blog was all about which was so rewarding. 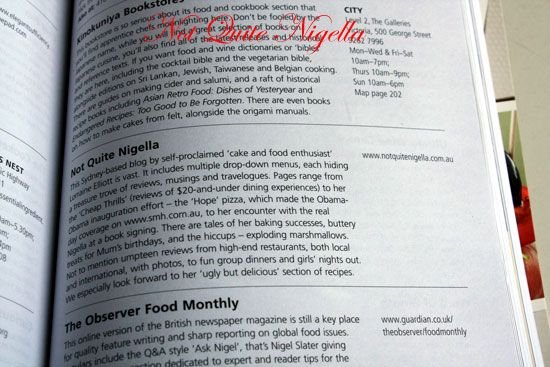 So how did I celebrate? By going to the World Chef Showcase (story to come this week), a dinner at Rockpool Bar & Grill and a lunch cooked by Martin Boetz and Peter Gordon at Longrain, all stories to come. Many years ago I would have bought a bag or some shoes but now it's all about food and I couldn't be happier (woe to my waistline though ;) ).

So tell me Dear Reader, how do you celebrate good news?

Made from Scratch: Mascarpone

Step 1 - Make a double boiler by heating some water in a medium saucepan and brining it to a simmer. Empty the cream into a heatproof bowl that sits snugly over the saucepan. Heat the cream until it reaches 180ºF/82ºC. The last 10 or 20 Celsius degrees takes the longest so watch carefully. 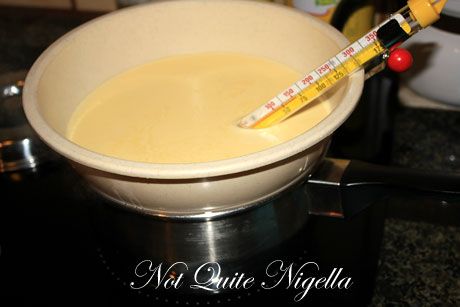 Step 2 - At 180ºF/82ºC stir in the lime/lemon juice and keep at this temperature for a few moments longer until it starts to thicken. It won't become overly thick but it will thicken somewhat. 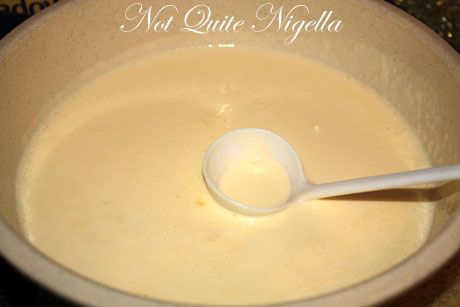 Step 3 - Remove from heat, cover, and let sit at room temperature until it has mostly cooled down. 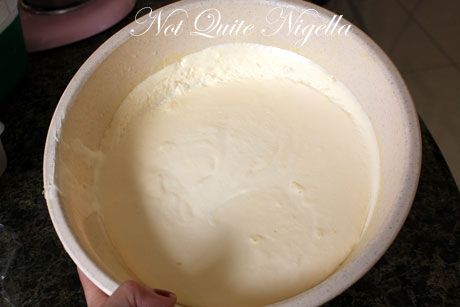 Step 4 - Refrigerate overnight. You will find that it has become quite thick the next day . 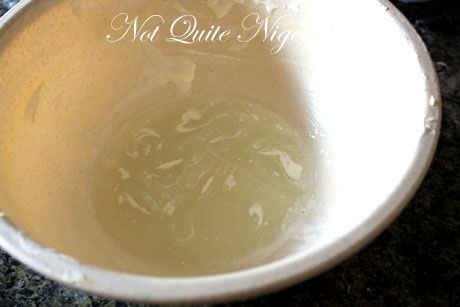 Step 5 - Line a fine sieve with 2 clean paper towels (use good quality paper towels as they will hold together better) or clean cheesecloth or a clean tea towel. Refrigerate for about 24 hours to let the whey drain. 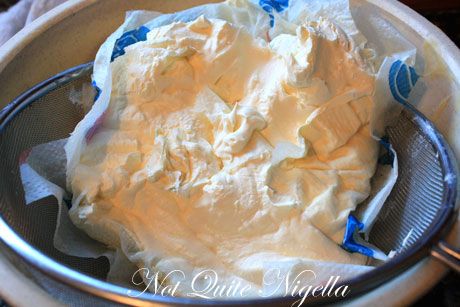 6. After 24 hours, the whey will have drained and you will have a gorgeously rich cheese. Carefully remove the paper towels from underneath the cheese and store in an airtight container. As this does not contain any preservatives you should use it sooner rather than later._ 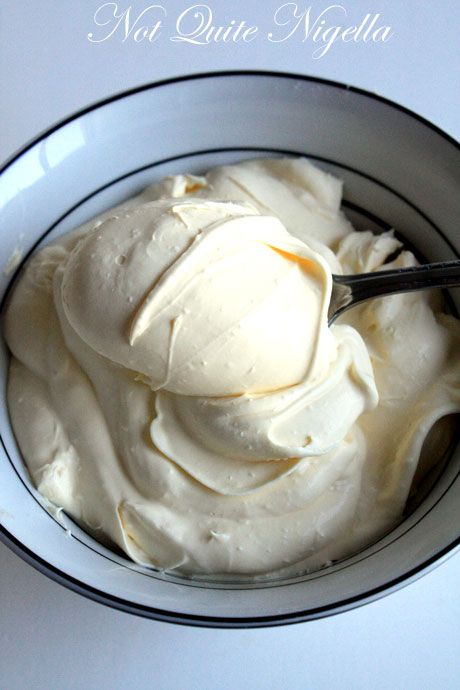