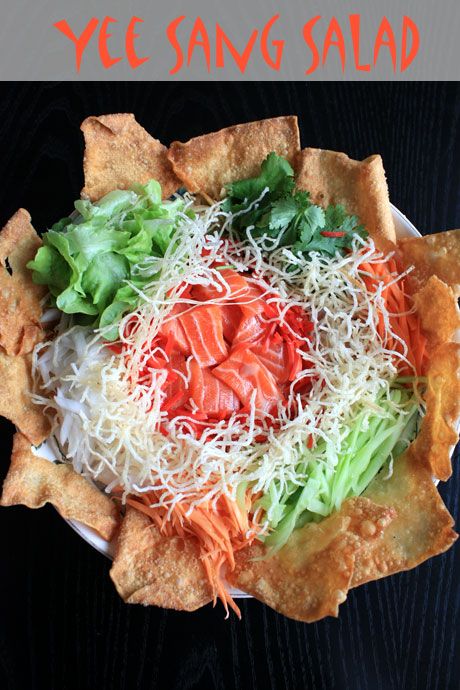 This is the one dish that really exemplifies Chinese New Year yet it is one that we rarely ate. I asked my mother recently why we never really had it and she answered that it was because when my mum was growing up after the war, her mother was left a widow. The family's previous wealth was drastically cut so that they no longer lived a life of luxury and meals such as this were no longer featured on their table. As a result, she never really prepared it for us as she rarely had it herself while she was growing up. Couple that with my father's reluctance to eat anything raw and it wasn't until recently that we started to eat and make this salad. Yee Sang salad symbolises abundance, prosperity and good health and is eaten on Renri, the seventh day of the Chinese New Year which is on the 20th of February this year although people eat it throughout the New Year period. 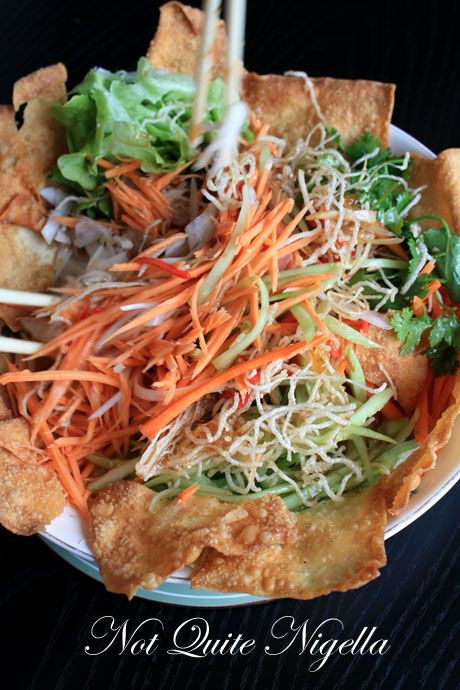 Small dishes of Yee Sang are expensive in restaurants starting at about $80 and  going all the way up to $150 and above. The size we made below would be enormous and would have qualified for the $150 and above price but it cost us a fraction of that. This year we made it with the sweltering weather in mind-it is the perfect dish for a Summer's day when turning on the oven is best avoided. It's an incredibly versatile salad and one that is easily made vegetarian too. The main work is in the shredding. You can buy special Japanese graters that grate the vegetables in a long, thin, cylindrical shape rather than the thicker carrot gratings but you don't need to buy the special equipment to do so and can use a regular grater although you want to use a long grating motion along the whole length of the vegetable so that longer strips appear rather than the short stubby pieces of vegetable. 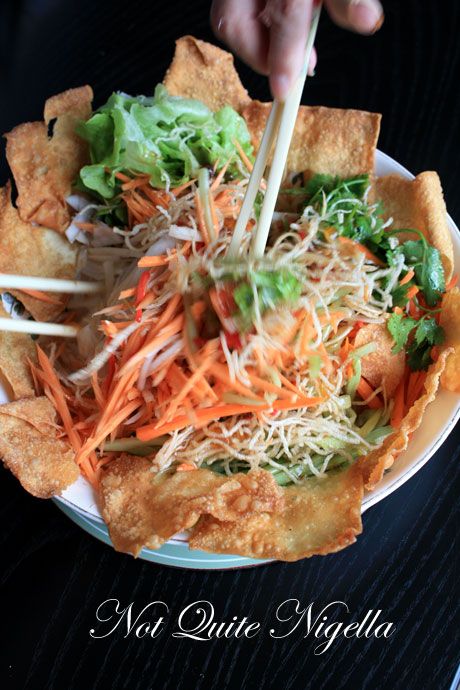 Because we had so much to grate we enlisted my dad in the whole act and he grumbled his way through. To him grating was dull and boring and he wouldn't dare say it but we knew he thought it was "woman's work" but he ended up doing a pretty good job although my mother had to fix it up afterwards. He was so annoyed at having to do this that he said crossly "Why don't you scan the picture from a cookbook and just tell them you made it?". He looked at me like I was crazy for not recognising his genius of an idea while I of course rolled my eyes as I used to when I was an annoyed teen and couldn't be bothered explaining it to him.

The sauce is what transforms it and it's a sweet sauce with the surprising addition of apricot jam (yes really!). The proportions of course depend on how many people you are serving, Yee Sang salad is ideal to make for a large crowd and you may find yourself inadvertently making a huge one as we did as it's made up of small piles of grated vegetables. 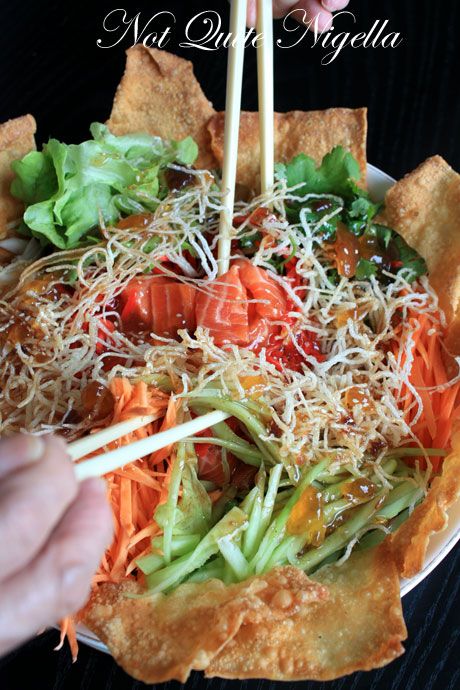 The fun is in the tossing of the salad. Just don't forget to toss deep and toss high as the higher you toss, the greater your luck and fortune!

So tell me Dear Reader, does your father help out with or do the cooking?

Feeds 4-6 people as part of a banquet

Buyer's tip: All of these ingredients will be available in Asian grocery stores including Pomelo which they bring in for this dish. 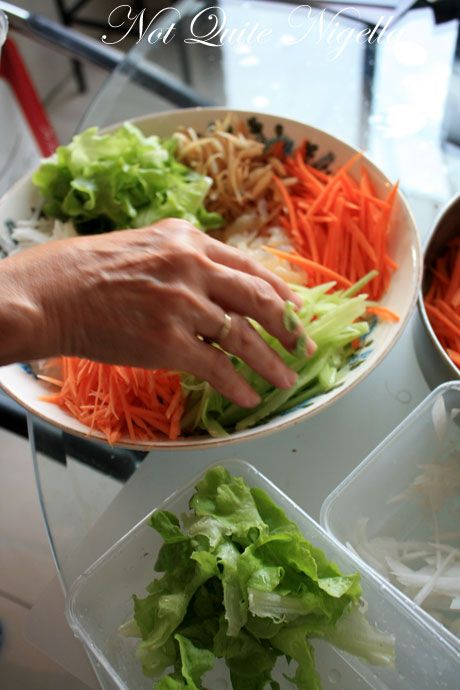 Step 1 - Deep fry the vermicelli and won ton pastry sheets. Set aside. Shred all vegetables and arrange in a large platter in separate but touching piles. Leave space in the centre for the jellyfish and salmon slices.

Step 2 - Mix sauce ingredients together to make a dressing. 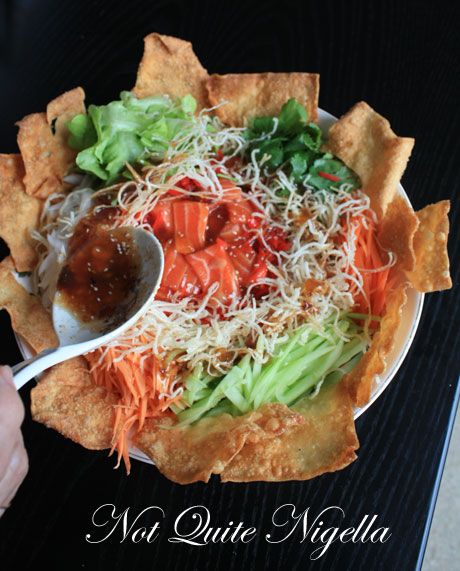 Step 3 - Just before serving, place jellyfish and salmon in the centre and arrange won ton pastry around the edge or on top. Pour sauce and have everyone toss high with chopsticks. 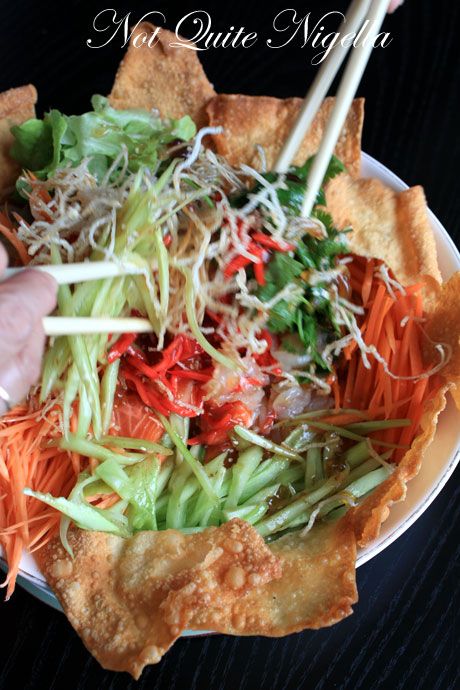