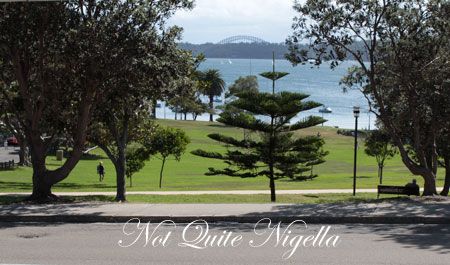 "Sicilian food?" I muse out loud when Mr NQN asks me what other Sicilian restaurants Sydney possesses. I think and think but can't recall many at all. So when I wanted to show Alex (who was visiting from interstate) a nice Sydney vista, I thought Gusto in scenic Watson's Bay would be a good choice.

I love the car ride to Watsons Bay, past the lighthouse and water and before long I arrive at the glass fronted restaurant. Inside Paolo the chef and owner is talking to Alex and explaining about Sicilian food and how it differs from Italian cuisine. He tells us that it has sharper flavours and usually has a sweet and sour combination and tends to be spicier. They use vinegars and to balance this they use sweetness. Ricotta is the most frequently used cheese. 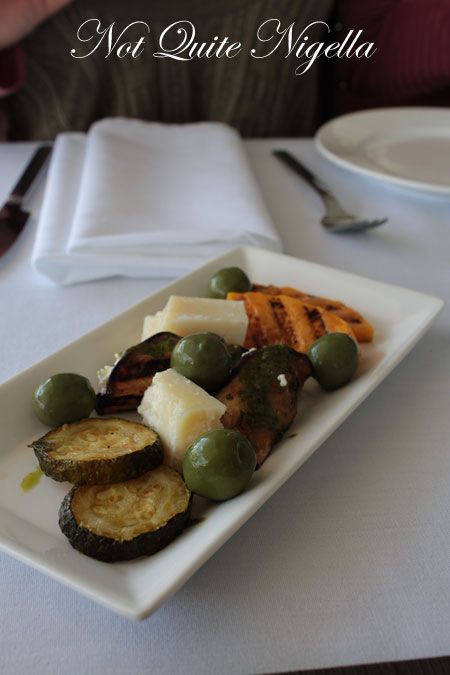 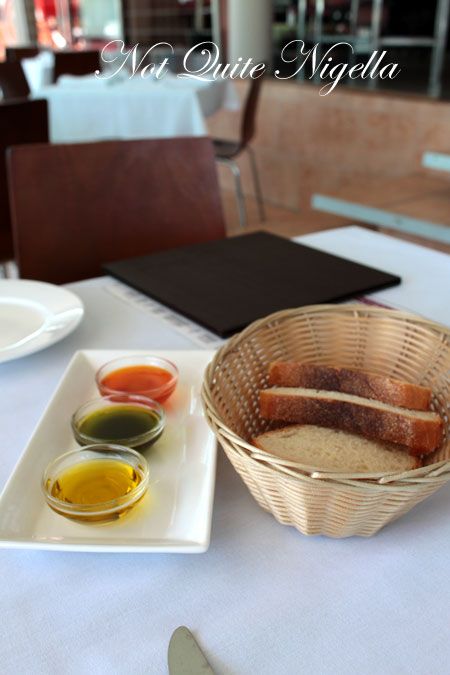 The crusty Italian bread comes with a traffic light of olive oil (or an Italian flag, not the Sicilian flag which we're later shown) with three olive oils: an extra virgin, pesto oil and a chilli oil. They're gorgeous and we find the chilli oil very spicy indeed. Paolo tell us of how he was trained in Sicily where for 6 years he went back and forth between Australia and Sicily for 6 years chasing each Summer but was told on doctor's orders to stop doing that as his immunity has suffered as he hadn't experienced any Winters. Damn! There goes my plan to follow Summer climates around the world :P 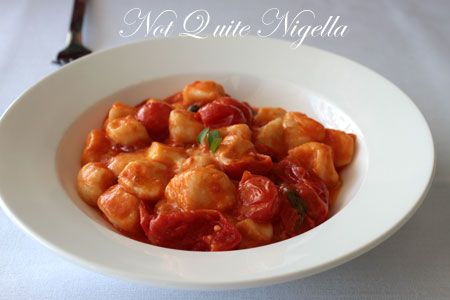 As Alex is a vegetarian, Paolo brings out some vegetarian pastas so that we can share and he makes them in smaller sizes so that we can try more. He pairs them with with a 2007 Corvo Bianco Insolia from Sicily which is an indigenous grape which is similar to a Sauvignon Blanc. The potato gnocchi comes in light, small pockets with a sweet cherry tomato sauce and lovely melted mozzarella with fresh basil leaves and olive oil. The herbs are from the small garden on the terrace and during the meal we see him going out and picking various herbs. 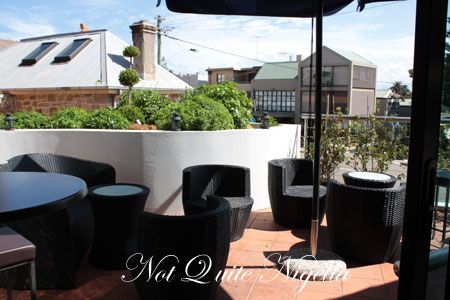 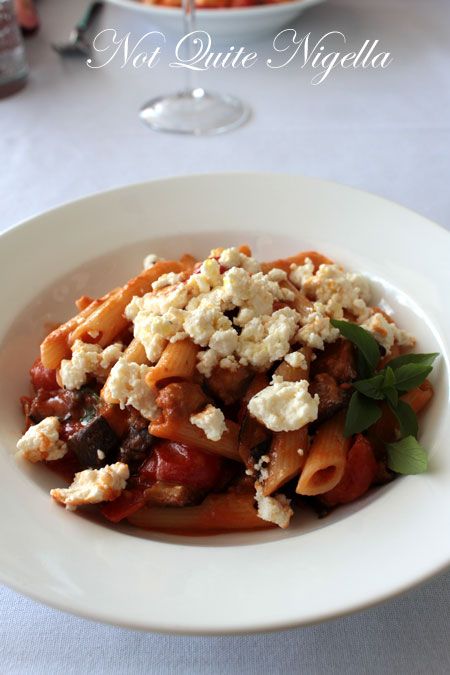 This was a good choice for me as I loved the soft eggplant and ricotta on the antipasto plate and this dish is similar to that with the softest slow baked crumbled ricotta, eggplant and a tomato sauce and al dente penne although out of the two I prefer the gnocchi for simplicity of flavour and that lovely gooey cheese. Paolo is clearly proud of his Sicilian heritage and shows us a teatowel of all of the regions in Sicily and points out a few including Filicudi in the Lipari Islands where there is a 400 year old restaurant that specialises in Cannelloni with crab. 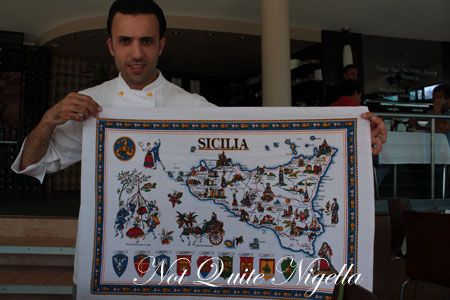 Paola and his Sicily teatowel! 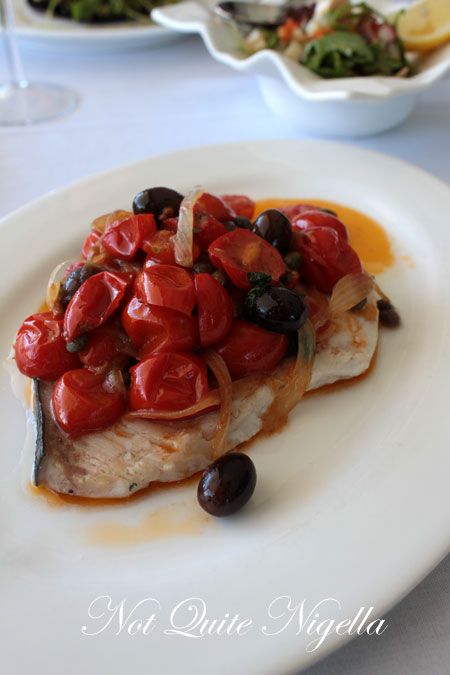 Our mains come out and I have the specialty of the house, the grilled Swordfish steak topped with warm marinade of capers, tomato, Ligurian olives and oregano. The swordfish is moist and not dry at all (as swordfish can sometimes be) and it's quite buttery. As I bite into it the salty capers and black Ligurian olives contrast nicely with the sweet cherry tomatoes. The wine that it is matched with is a 2008 Etna Bianco from Sicily using Carricante and Catarratto grapes which is said to go well with sauces. The grapes are grown 1000 metres above sea level  on a strip of land that surrounds the famous Mount Etna. 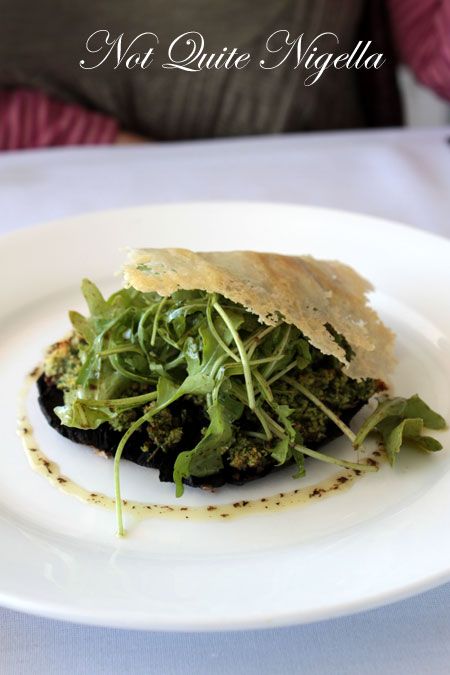 Alex's jumbo field mushroom stuffed with aromatic herbs is finished with black truffle salsa and Parmiggiano wafers. He had taken the pancetta out as she is a vegetarian and I think it does need it for flavour as I find it either needs a disporportionate amount of reggiano wafer otherwise. 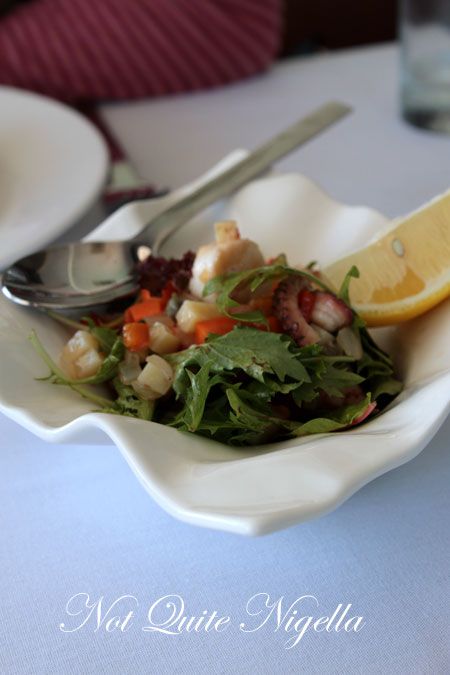 The side octopus salad with green olives, potato and lemon dressing is delicious and the octopus is tender with a flavoursome dressing. 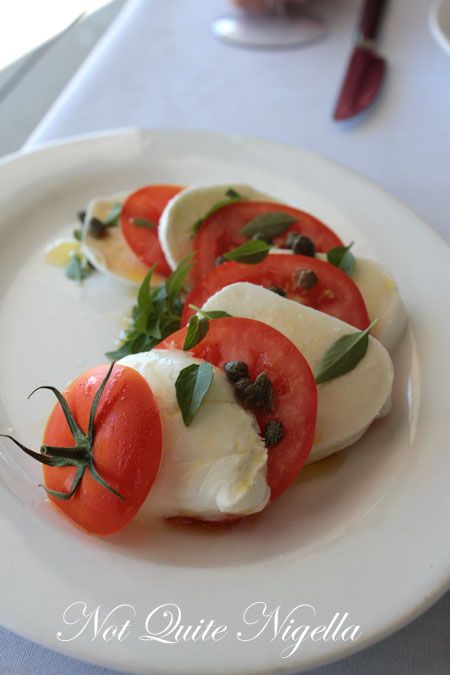 The truss tomato and buffalo mozzarella salad is topped with extra virgin olive oil, capers and herbs. It's almost too pretty to eat but of course we do. It has clean, simple flavours of truss tomatoes and mild, spongey buffalo mozarella coming through with the saltiness of the capers and perfume of the herbs. 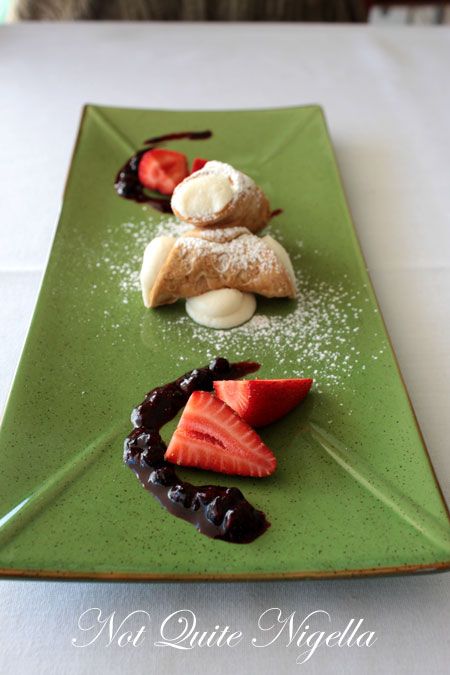 We finish off with what else but cannoli. He  pairs it with a glass of the 2008 Passito di Pantelleria Miceli Yanir from Sicily which is sweet but refreshingly slightly tart. The cannoli are delicious, crisp and crunchy on the outside and filled with that same smooth fresh ricotta with a hint of orange zest. It's a lovely way to end a lovely meal. 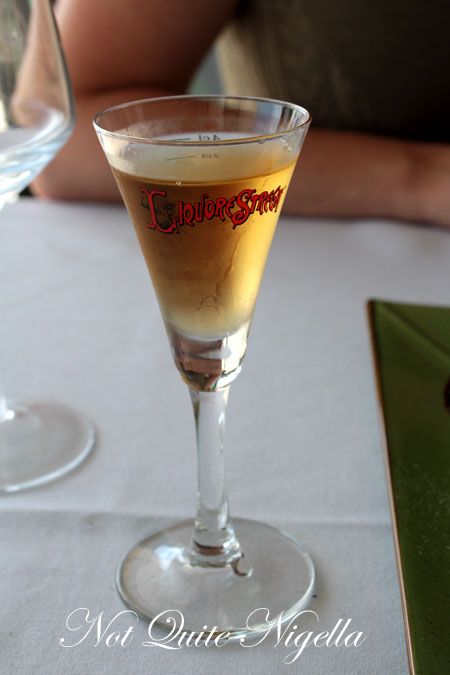 So tell me Dear Reader, which cuisine intrigues you the most?_ 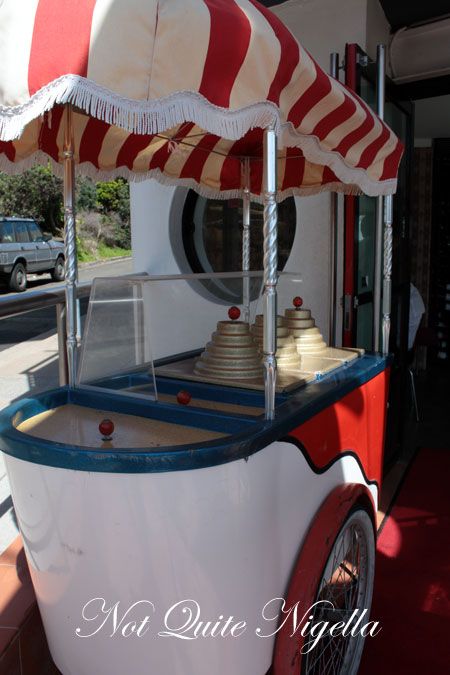 On weekends the original 1954 Italian Ice cream cart from Sala Parut gets wheeled out and gelato is sold to eager patrons!

NQN and Alex dined as a guest of Gusto Bar & Kitchen 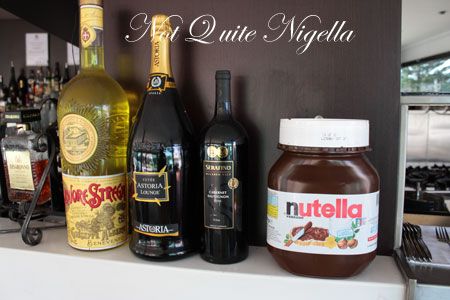 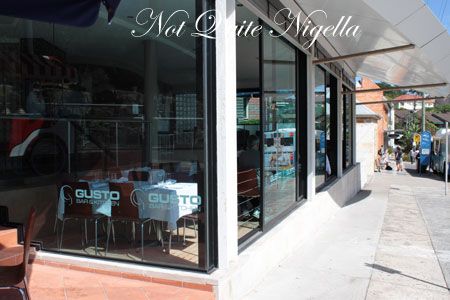