La Piadina, Bondi & What is a Piadina? 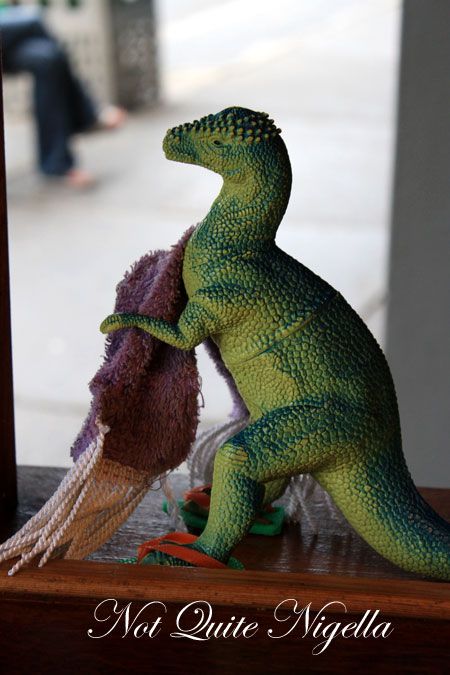 "What number is it? Mr NQN asks and I had forgotten to write down the street number for La Piadina. I know that it's somewhere in the hundreds. It's not a glorious sunny day the Sunday that we visit La Piadina. The rain has settled in and we're driving up and down Glenayr Avenue in Bondi Beach looking for what was described to us as "a little hole in the wall". We drive up and down and up and down before I google it on my phone. Ahh 106. We drive past number 106 and there it is, it was there all the time but like Platform 9 3/4 at Kings cross station in Harry Potter we just didn't see it. Subtly signposted and with a open glass and wooden frontage it's a small restaurant and one that sells piadinas. "What are piadinas" you may ask? They're flat, unleavened soft bread rounds that originally hail from Emilia-Romagna in Northern Italy. Reportedly the poet Pascoli described it in one of his poems as "Simple, holy bread of the poor" and "Nothing speaks more of Romagna than this bread of ours... it is a symbol that speaks of devotion to our land". M's friend Hans described it to us as "a flat bread that has been folded over". "Do you mean a calzone?" "No not quite" he says. We were intrigued by the concept and this is the only place doing piadinas here in Sydney.

After eyeballing the wall menu and choosing three piadinas and a Chinotto, we order and take a seat at the high seats facing the street parade outside. People in Bondi Beach are skinny. I know Australia is supposed to be getting fatter but I think that if they just counted Bondi's BMI we'd be the skinniest developed nation. The piadinas are also skinny. Similar to a quesadilla or a gozleme but with an drier texture, probably close to Mountain flat bread, it's filled with a choice of delicious fillings with the meats all sliced to order and each piadina is made to order. The outside griddled side (traditionally cooked on a terracotta pot) has toasted brown spots. Everyone in there seems to know each other and there's a very friendly vibe. 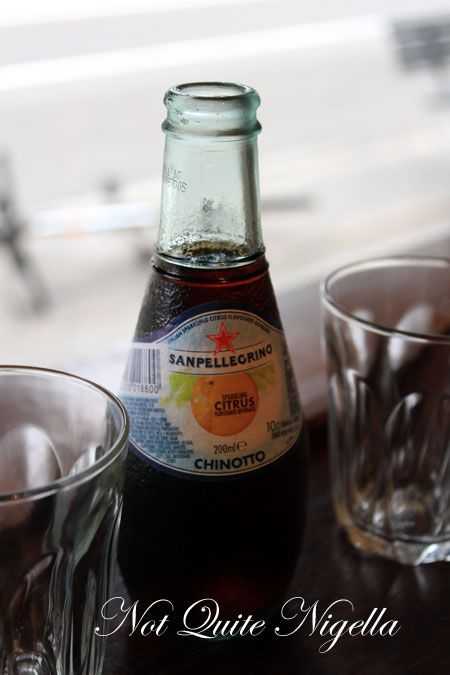 Tap water comes in recycles Grolsch beer bottles. My chinotto is refreshing and slightly bitter. Sitting next to me is a dinosaur figure wearing thongs and carrying a beach towel. So Bondi (the thongs and the towel, not the Dinosaur). 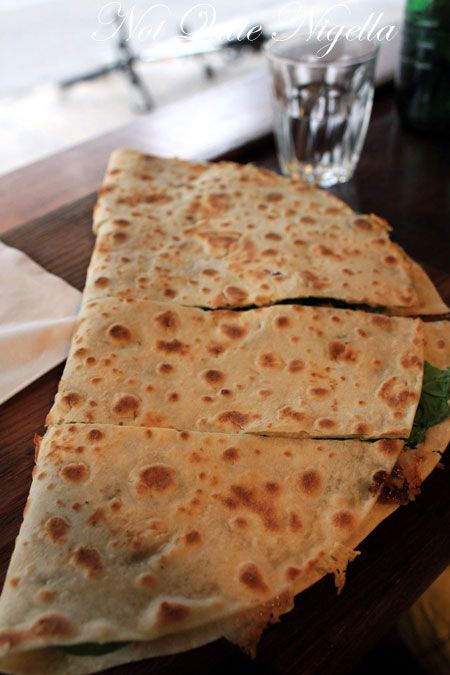 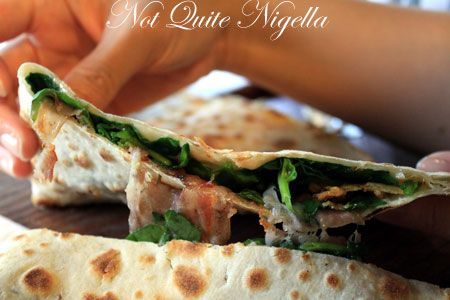 we start with the number 7 with pancetta, provolone, baby spinach and balsamic glaze. They come out on thick wooden boards with the logo branded on them. The piadina is cut into four parts and much like a quesadilla it's dry grilled so that there's no oil on the outside but it's held together with the cheese. I overhear a girl at the next table saying that she has been told to stop eating pork products but the #7 is the only one she can't give up. I love the sweetness from the balsamic glaze on this one too. 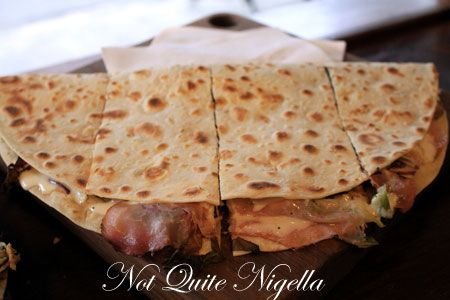 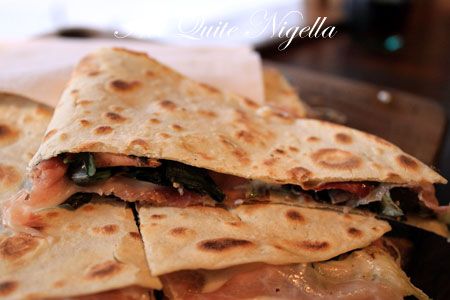 No 6: Speck. sweet gorgonzola and raddicchio $14

Mr NQN loves the speck, sweet gorgonzola and radicchio one which is filled a little more and is rich in flavour with the strong gorgonzola, speck and bitter radicchio balancing well together. 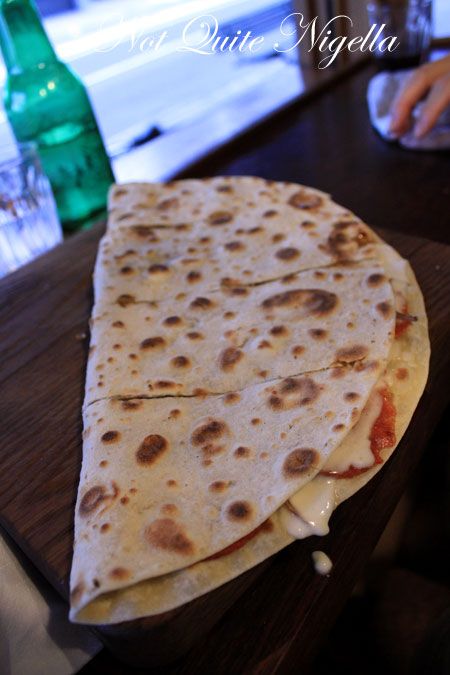 Salami Nduja is another new one for us. It's a spicy salami mainly produced in Calabria in the South of Italy and here it's made by Quattro Stelle who only use pork from Berkshire free range pigs. I take a bite and know before Mr NQN has tried it that he'll love it. The Salami Nduja is gorgeous and robustly spicy. The stracchino is very mild, especially against the salami and the Spanish onions provide a lovely counterpoint to the spicy salami. 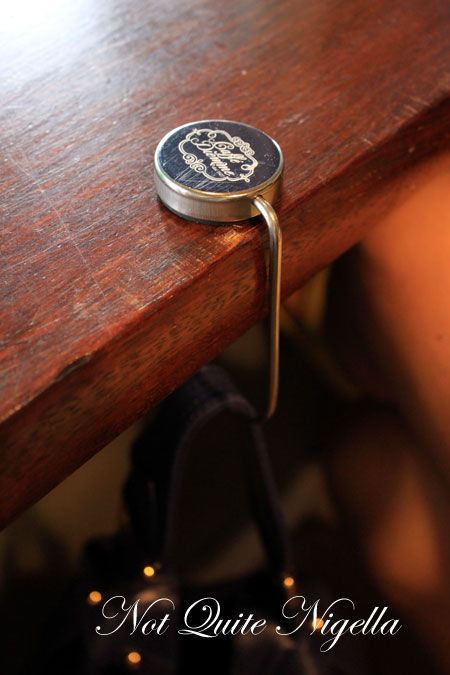 A hungry man aka Mr NQN would go for two of these but one would do me just fine. Perhaps this is the secret of the Bondi diet? A girl can hope can't they?

So tell me Dear Reader,  is your suburb full of "beautiful people"? 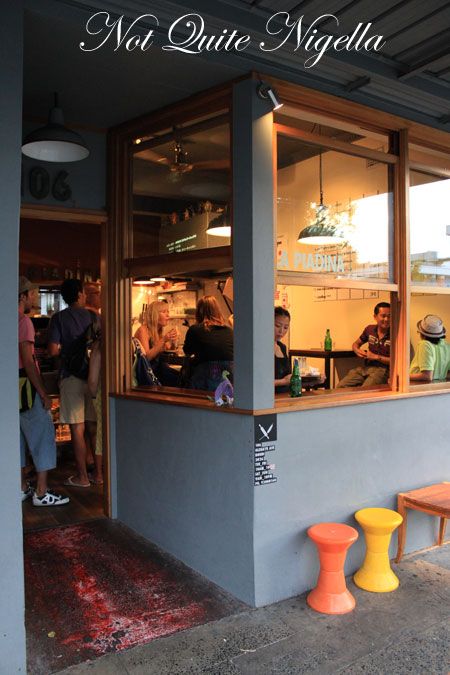 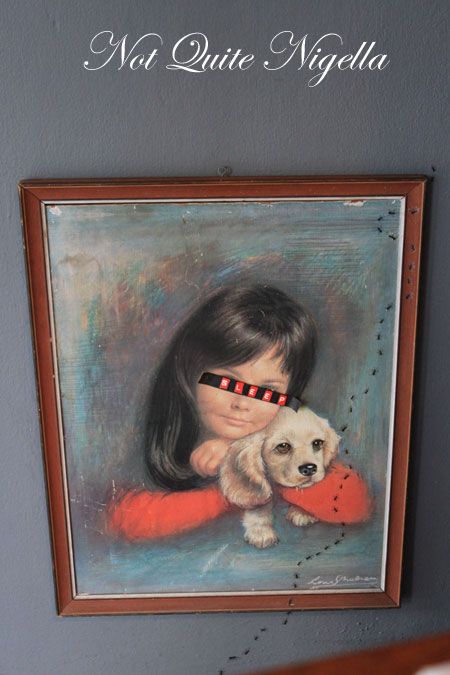