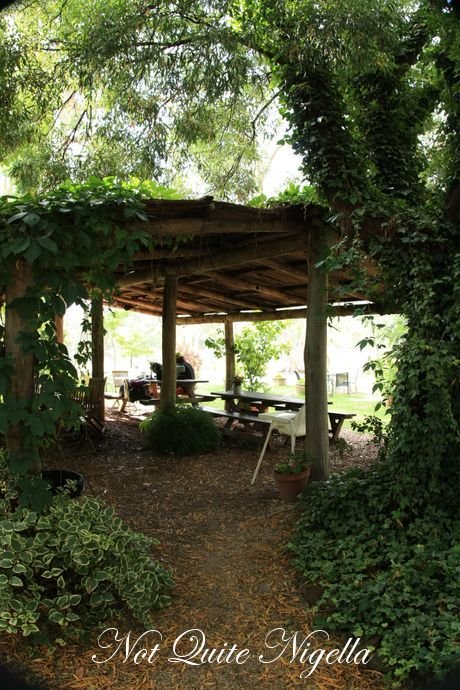 I wouldn't call myself a nature girl. Prior to meeting Mr NQN I had never visited a forest or engaged in much activity that involved nature (unless you consider eating beachside "nature driven" which I suspect not). And then I met him and along with his very crazy family he introduced me to the beauty of greenery. And the drive to Megalong Valley throughout the picturesquely lush green forest which I had dubbed "the Enchanted Forest" was a pleasure-even if I as a newly minted skittish driver were responsible for driving down this windy, narrowish double lane road. 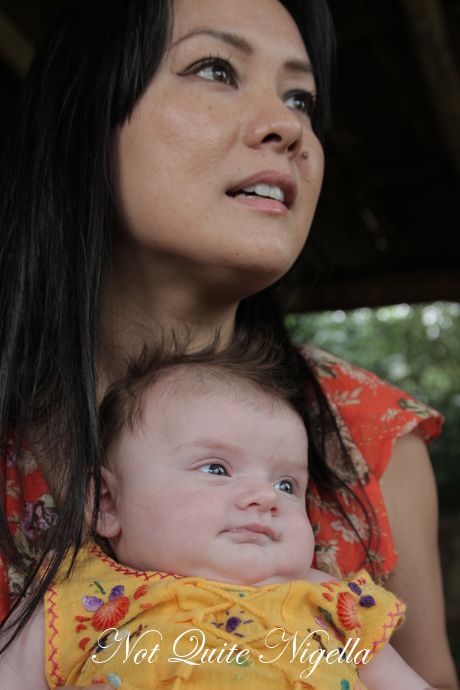 Aura Lily and I

We arrive at the basin of the valley where there's a crowd already drawn and plenty of cars in the car park. There is an enclosed room which houses a fireplace and we'd imagine this would be popular during the chill of winter as its just a few degrees warmer in the sheltered valley compared to up on the mountains but as it's a lovely day we go outside to the outdoor seating where Araluen, Paul and Aura Lily are waiting. 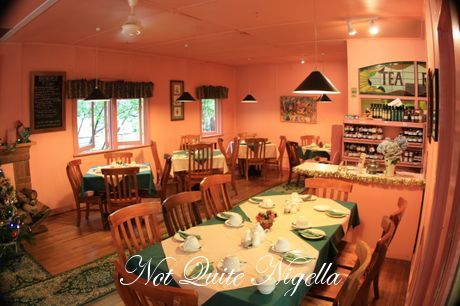 Customers order and pay at the counter where there is also a sign for a dozen farm fresh eggs for $5 (sadly we have just missed out as another customer bought a dozen which they fetch fresh from the yard to order). The man behind the counter is very Quentin Tarantino with a bit of something else and we notice that some of the prices are a little odd ($6.05 and $1.55 and $4.45). It is cash only and we later realise that we were charged an extra $6.40 for something (perhaps a Sunday surcharge for 4 people?). 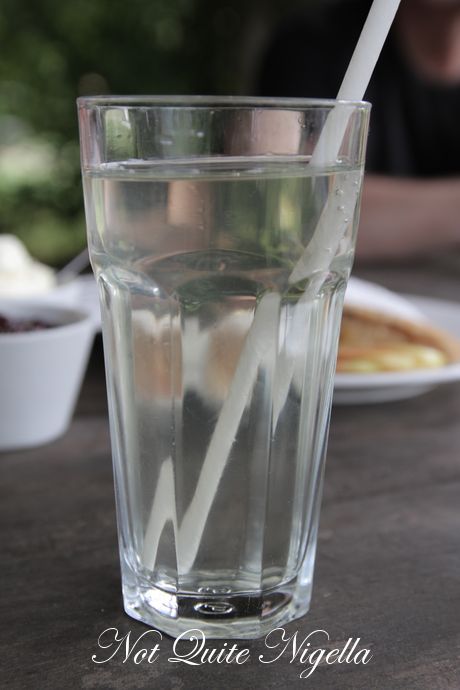 My favourite apple juice is Logan Brae-we fell in love with Logan Brae apple juice a few years back and it's such a fresh, sweet, crisp and unique juice. Given that the Logan Brae orchards are literally up the road it's their local apple juice. 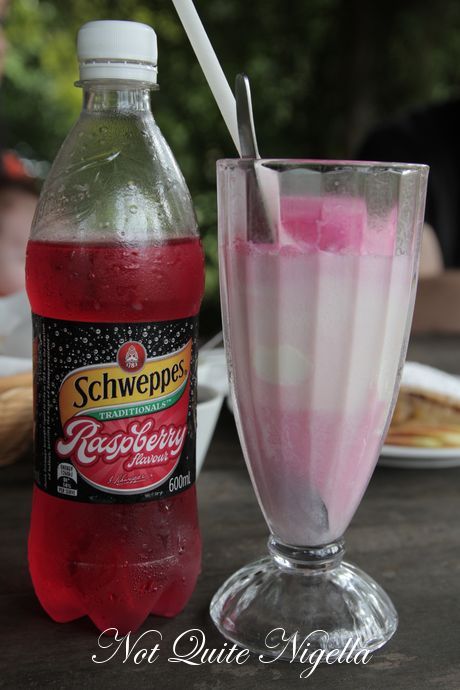 The ice cream soda can be made out of any of the drinks in the fridge. I chose the raspberry creaming soda as it's been years since I had a creaming soda. It's quite refreshing and nostalgically transporting in the way that only luridly pink soft drink and ice cream can be. 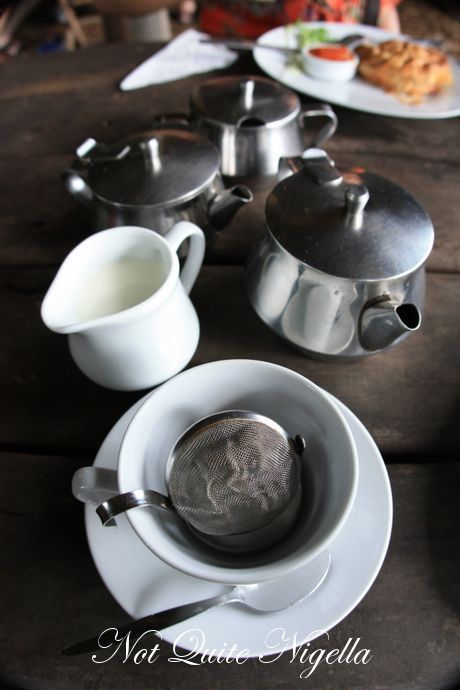 The Earl Grey tea is good and comes with an extra pot of hot water although we had to ask separately for sugar and sweetners etc. Interestingly, the water for the tea is boiled in the same cast iron urn that the owner's grandmother used sixty years ago. 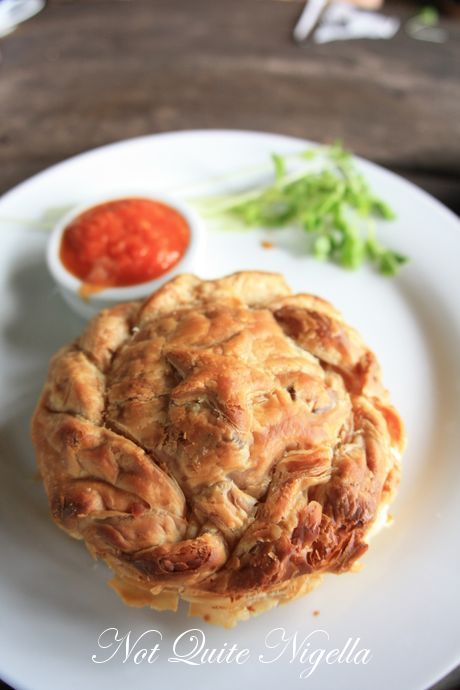 The pie is made using what appears to be a nice home made flakey pastry and the pie is reheated through although the centre is a little lukewarm. The beef is a local Megalong beef and the filling has a lot of thick gravy in it amongst the beef chunks and it is paired with a home style tomato sauce. We were hoping for a little side salad for the price of the pie. 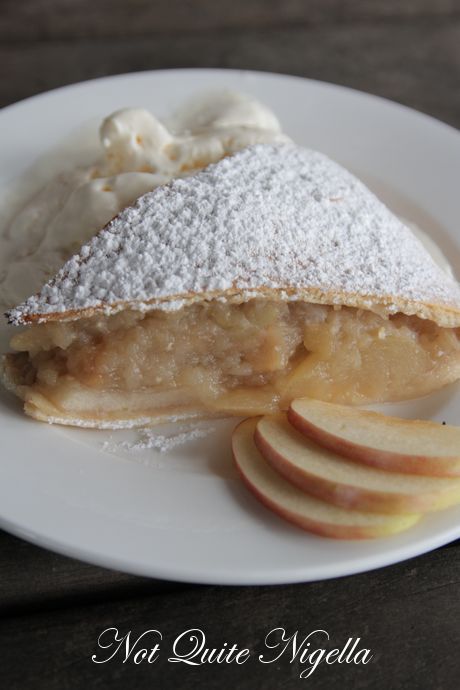 The apple pie is dusted with icing sugar and the filling is an interesting combination of pureed apples and apple chunks. It is served with a choice of ice cream and cream or both and we opt for vanilla ice cream. A sign reads that the scones and apple pie recipe are a family recipe handed down through generations. Although it is a big slice, it is a little on the costly side for a slice of apple pie and we're almost getting into restaurant prices. 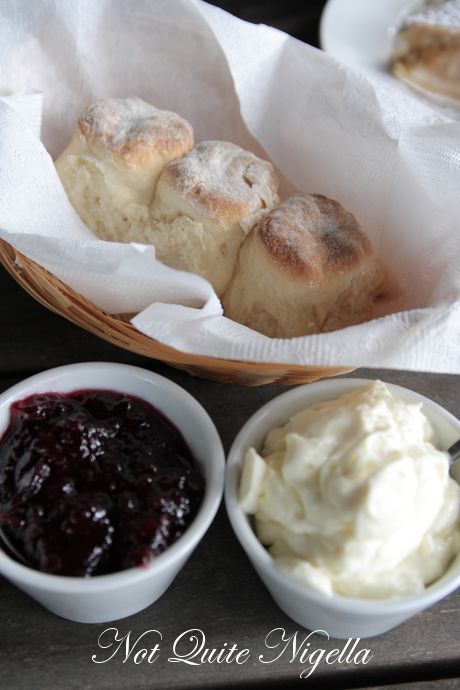 The scones are uniformly risen, light and fluffy and dusted with icing sugar and come three to a basket with whipped cream and a blackberry jam which has a nice tartness to it. They're good although I like a thicker cream than a whipped cream especially on warm days where whipped cream can melt too quickly. 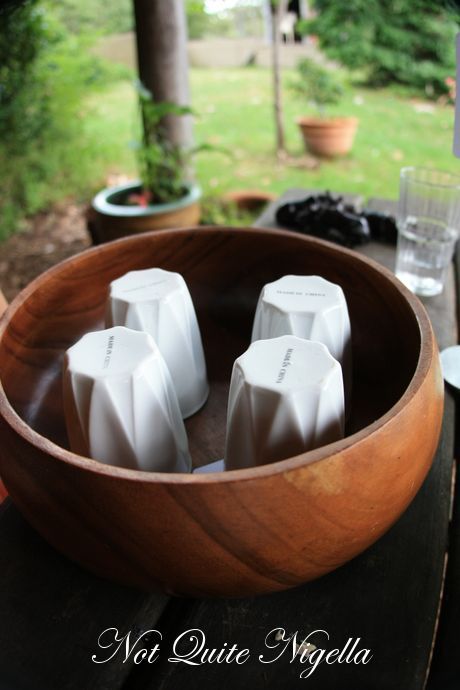 And just to prove that I can shop anywhere (ok that's a dubious honour I admit) Araluen and I check out the little store out back and emerge with our purchases-a wooden bowl for $2 and four matching ceramic cups for $4! Even Mr NQN couldn't argue with that (I needed to make amends after buying an extravagant pair of shoes, see how I budget? ;) ). 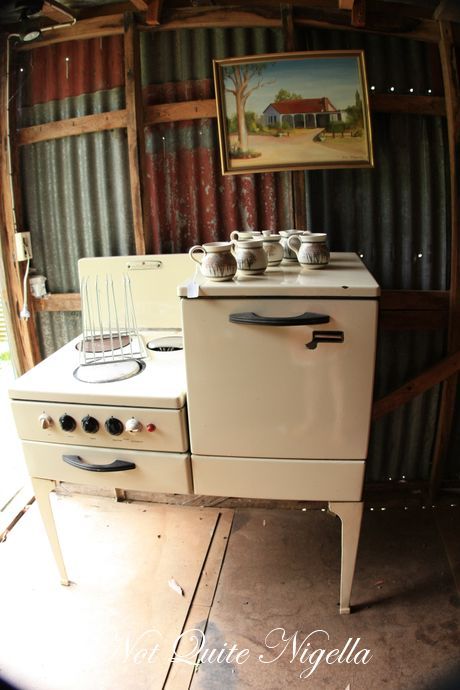 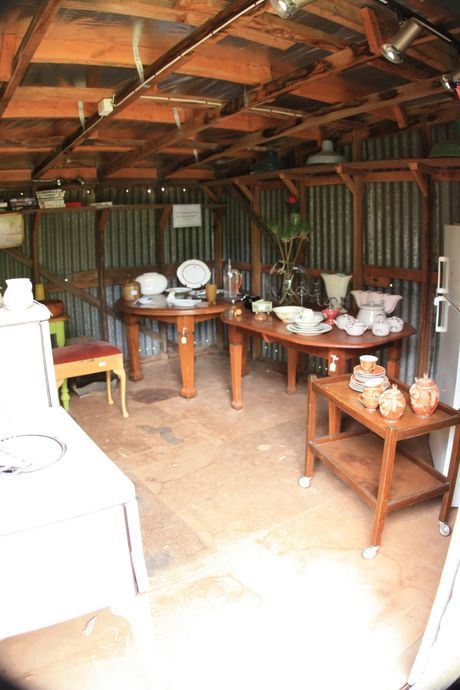 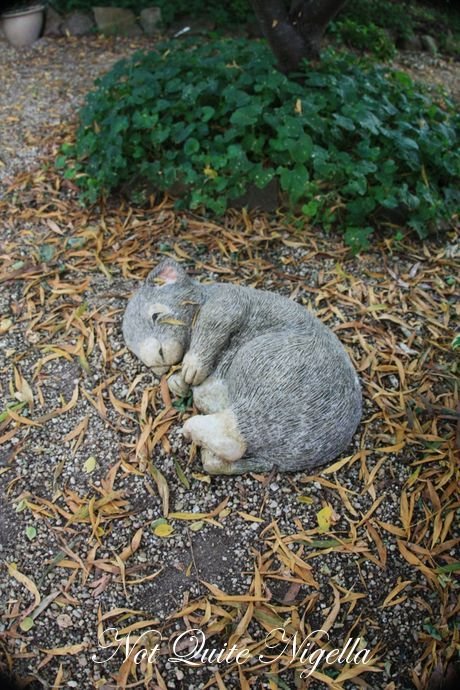