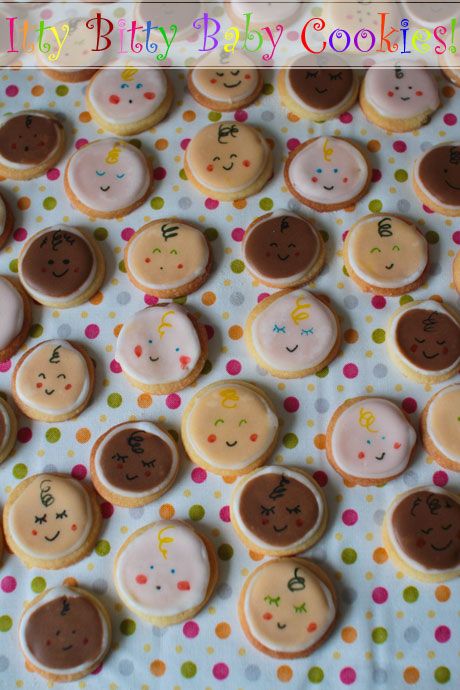 Some years ago I was on jury duty. Because I was at university, the idea of doing something that didn't involve listening to a lecturer drone on filled me with excitement. It wasn't an inconvenience like it would be now passed off with a teeth gritted "civic duty" but something I looked forward to. I was hoping for an interesting case-who doesn't? Yet the luck of the draw, and probably a good thing, was that it was a robbery. A good thing in that it wasn't anything more gruesome. I don't know if I could look at actually murder scene photos. I mean to watch it on Law & Order is one thing but real ones are far too frighteningly real. 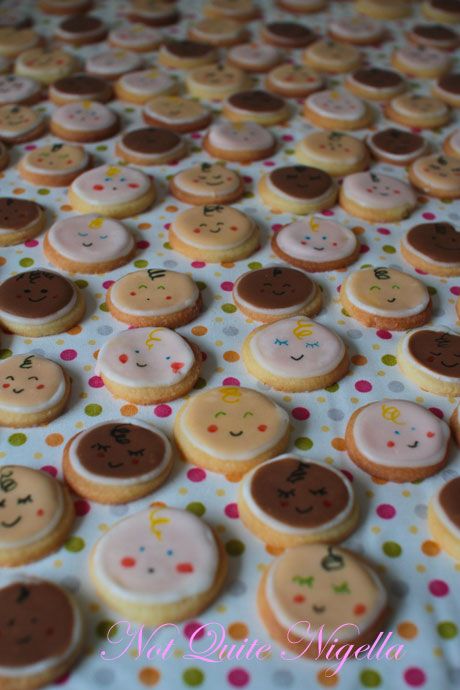 It was a robbery case in which a young man held up a chemist. He was dishevelled and the cheap shirt and tie appeared to be purchased solely for this appearance as he struggled with the tie as if it were a noose around his neck. He had very little in the way of alibi-an alibi witness who he only knew by his first name and who could not be produced. The staff from the chemist store were reliable and clear in their testimony. It seemed to everyone on their side that he was guilty. 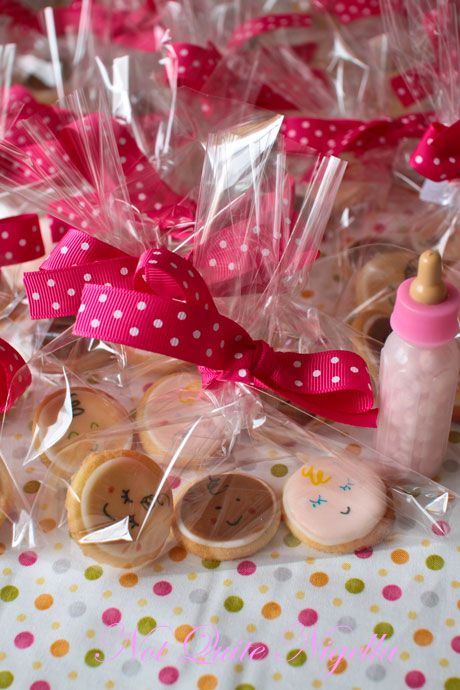 However, despite out gut instincts, his poor testimony (described as shifty at best) we had to find him not guilty. Not because we didn't think he was guilty, we all thought that he was, but the prosecution hadn't done their job of proving him guilty which is of course where the burden of proof rests. I remember their shocked faces when the sentence was read out. It was a family business and people were wondering how we could have let him go. We were led out one way and everyone in the courtroom another so we couldn't explain why we had come about with that answer. I didn't feel guilty for that because we did what we were supposed to do and the judge had reiterated that they had to prove that it was him beyond a reasonable doubt just before we went in for deliberations. But I have been thinking about it lately given the developments in the U.S. trial of Casey Anthony. 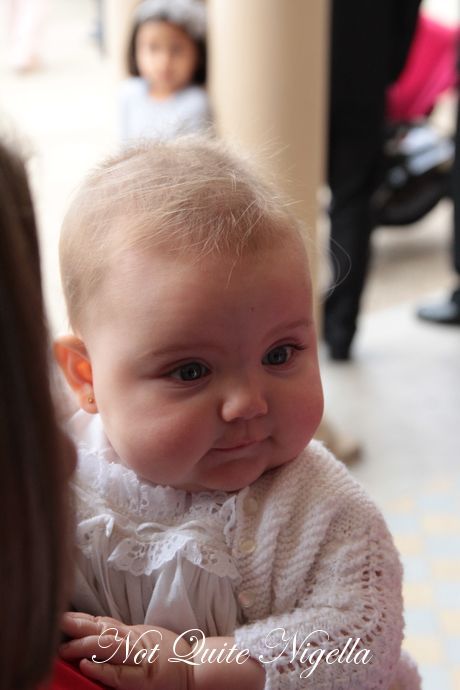 With so much focus these past few weeks on babies in a most disturbing light I wanted to do something that was light and cute and joyful. And that's where my friend Christie comes in. She has a baby girl called Poppy who has the most squeezable cheeks. Poppy was about to become baptised and Mr NQN and I were invited along. I decided to make some cookies for Christie to serve her guests at the meal after Poppy's baptism. When I was talking to her on the phone I mentioned what I was going to make little baby cookies and after some discussion we decided on Poppy and Friends cookies - like a United Colours of Bennetton baby cookie selection to reflect who Poppy might become friends with and her half French African cousin that was to come in the next few months. Then Christie asked if I wouldn't mind making them as a little gift and putting them in little bags with ribbon and I happily obliged. 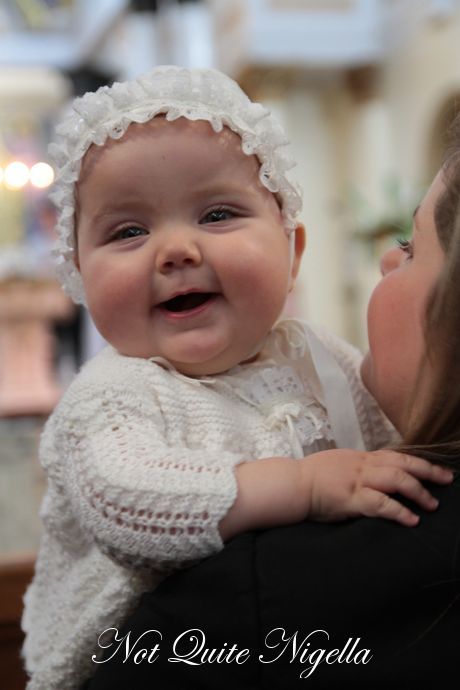 Even at the age of 8 months she's a real charmer that Poppy. At home a couple of days before I showed them the just finished cookies. Poppy craned her neck right around Christie who was between us, looked at me and looked me straight in the eye and gave me the widest smile I could have imagined. It was like being blown a kiss -that was reward enough! I first saw the idea for these on Sue's fantastic site and knew that I'd have to make them. I used a Queen Royal Icing mix that I was sent which worked very well. It was enough to ice the 150 small cookies made (but I found that the measurement on the packet for the water to be added was more 80-90ml rather than the 50ml specified). Still it was great in that no sifting was necessary and it could be mixed together easily with a spoon and a bowl. 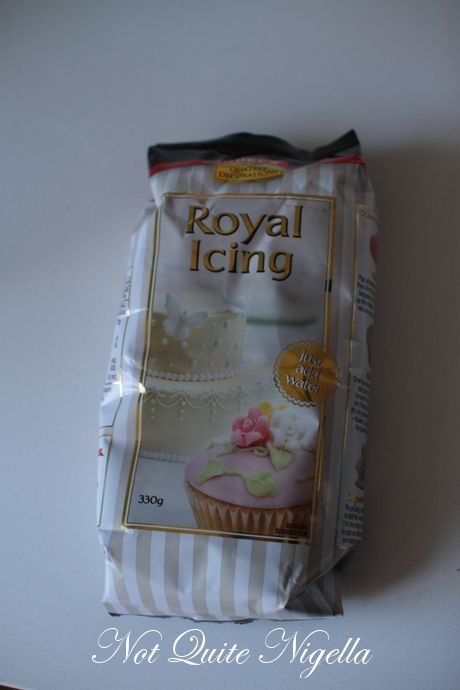 They were put into small cellophane bags and tied with ribbon and brought to the lunch afterwards. We had to dash off after the cake was cut but Christie told me that they were a hit with the family. And Poppy, well she is a hit with me :)

So tell me Dear Reader, have you ever been on jury duty? And what did you think of the Casey Anthony verdict? 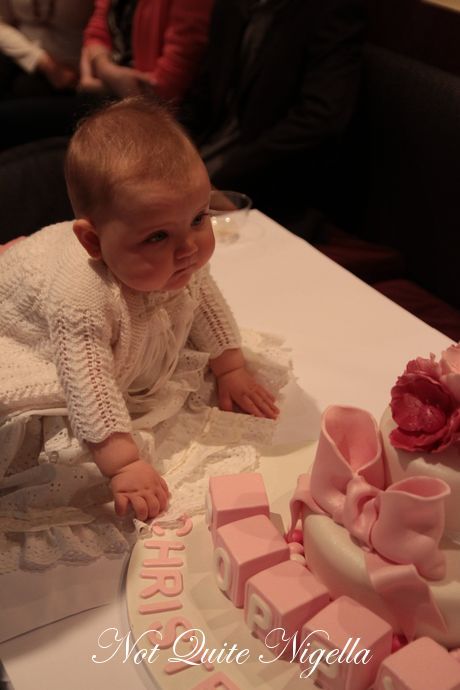 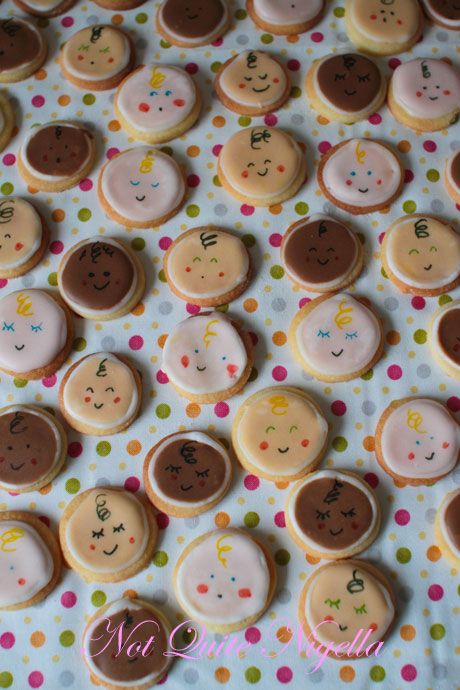 Step 1 - Make cookies. In a large bowl, cream together butter and sugar until smooth. Beat in egg and vanilla. Stir in the flour. Cover, and chill dough for at least one hour (or overnight). 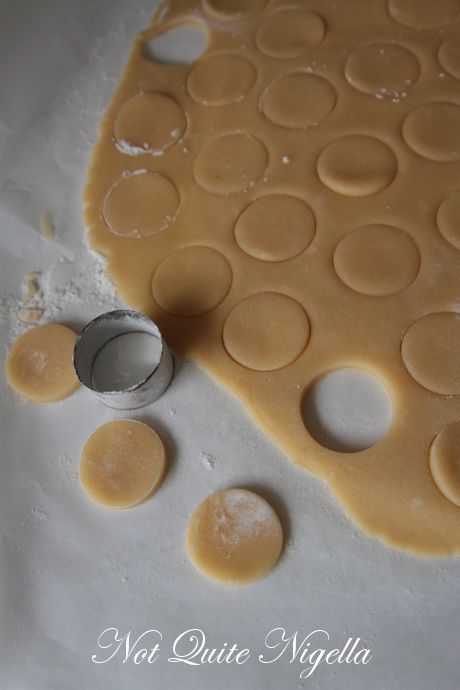 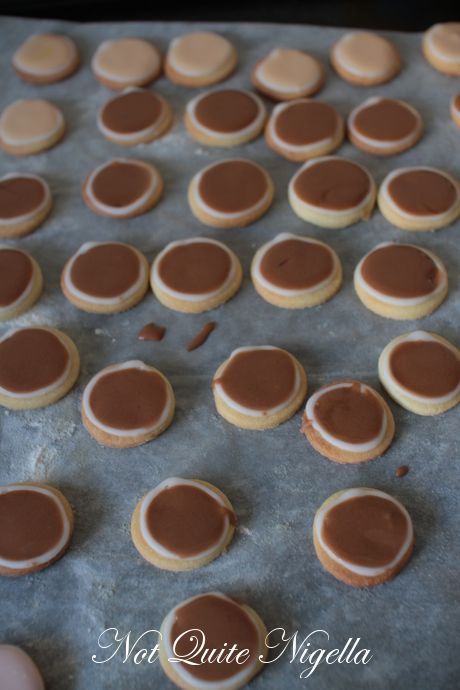 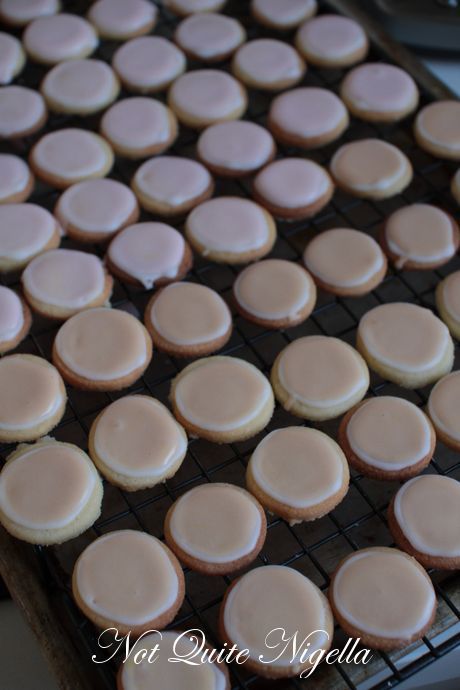 Step 3 - Make Royal Icing by beating egg white with lemon juice until foamy on low speed increasing to medium speed. You want two textures for the Royal Icing, a stiff one to pipe the outline and a runnier one to fill in the outline. Add sifted sugar by the spoonful while beating until desired consistency is reached. You want it a little stiff in order to pipe the outline however, if it is too stiff, add a tiny little bit of warm water. Always cover your Royal Icing with cling wrap as it dries out easily. Spoon some of the royal icing into a piping bag or a strong ziplock bag and pipe a fine outline around the cookies. Allow to set a little for 20-30 minutes. 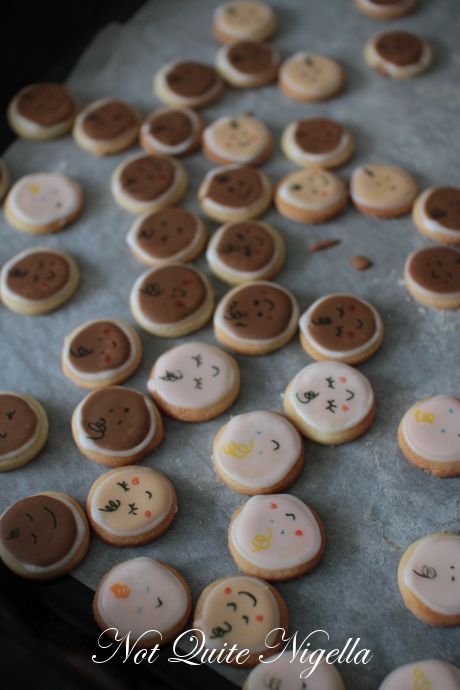 Step 4 - Divide the remaining royal icing into three bowls or however many shades of skin you would like to make. Tint each one carefully-a little goes a long way and my pink hued skin colour ended up bright pink so I had to remix it. Add a little water (not too much and using a small spoon, fill in the edges. Place aside to set for several hours (or overnight) until completely set. 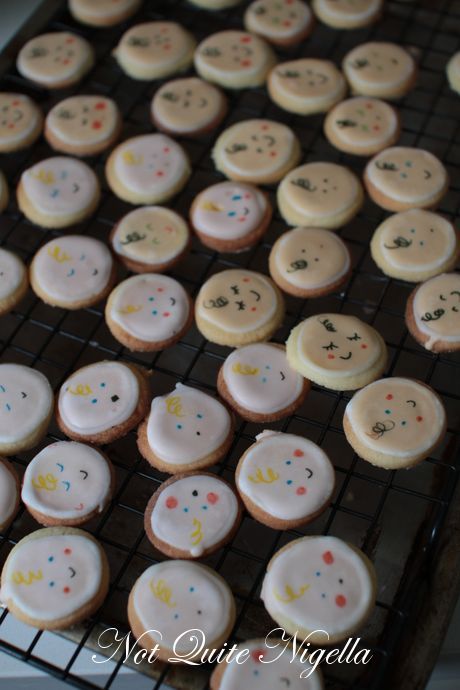 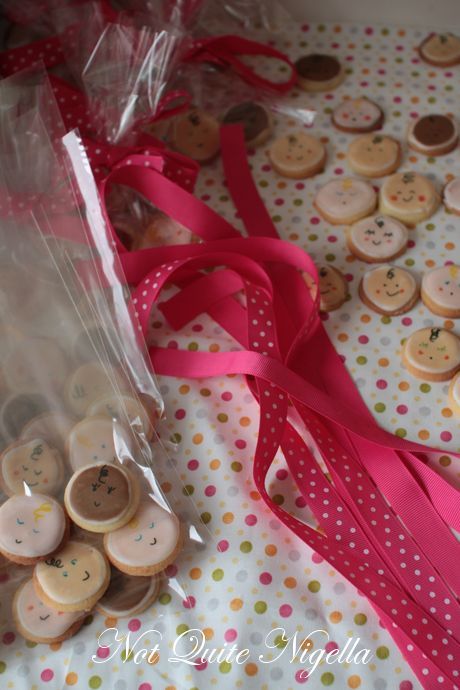 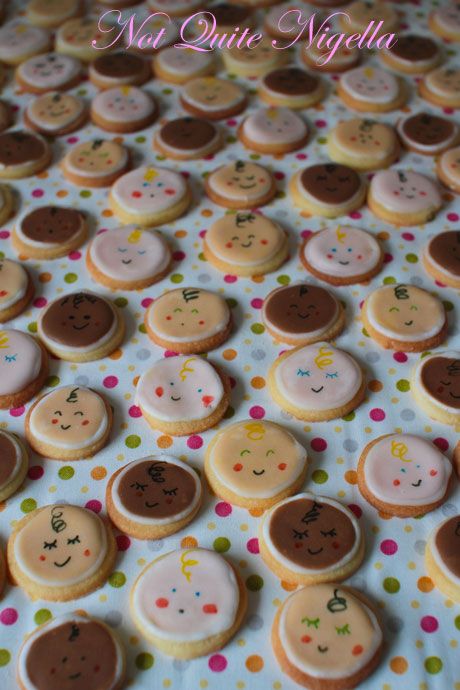