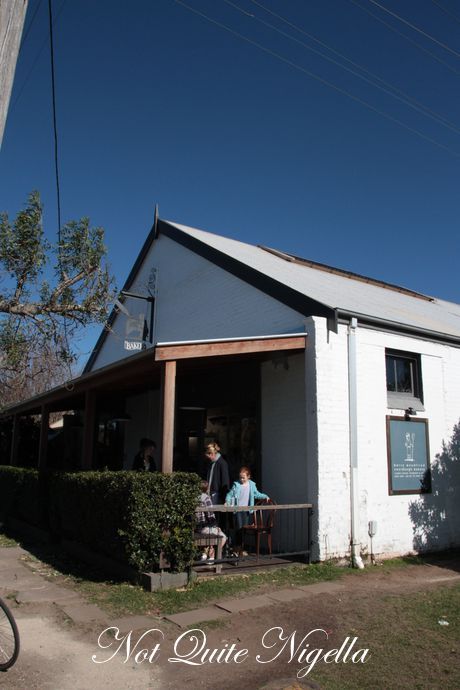 I'm not much of a thief, stealing hotel pens and slippers from nice establishments is about the extent of it. Last year Queen Viv and I drove through the town of Berry and knowing of the awesome reputation of the Berry Sourdough bakery I beseeched her to stop. And unlike Mr NQN who never stops as he knows that a stop means shopping and/or more food she readily agreed. 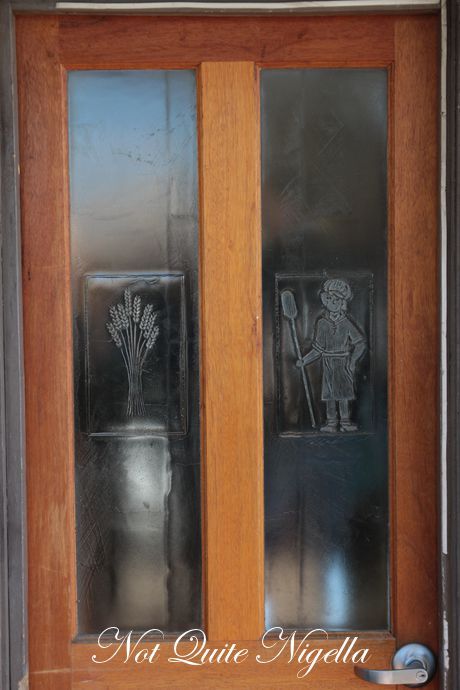 However when we got there it was some time into the evening and the place was dark. Except for one staff member. "Yoohoo!" Queen Viv said in her authoritative voice "Can we have a look inside?" He looked us both up and down and somehow decided that the two of us were less Thelma and Louise and more two curious and harmless individuals. He let us in and we took a look around and I made a mental note that I simply had to come back at some later stage. And that later stage happened to be over a year after. 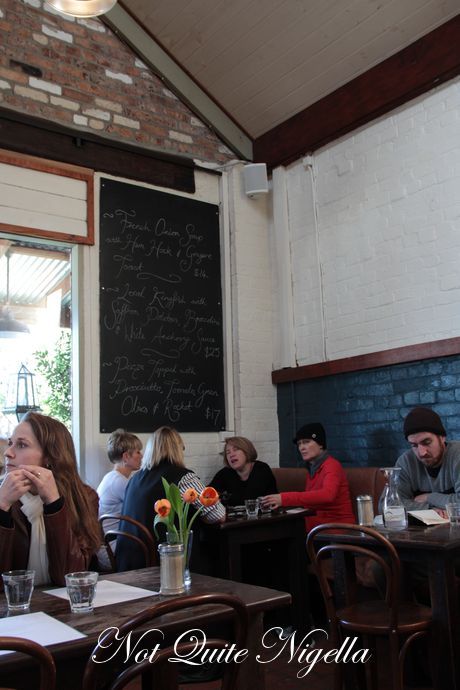 The smiling waiter says that we can take a seat wherever we like and so we take one of the few tables left. Some have commented about the service at the cafe being rude but there's nothing but smiles and courtesy for all of the customers (and if they read those reviews and improved on it then bravo to them). I watch a young boy holding a spoon in his mouth looking at the pastries with longing, his eyes as wide as saucers. We dither, the initial rumblings for the brioche French toast are quashed when the waitress tells us that they have sold out but we find another item that takes our fancy. 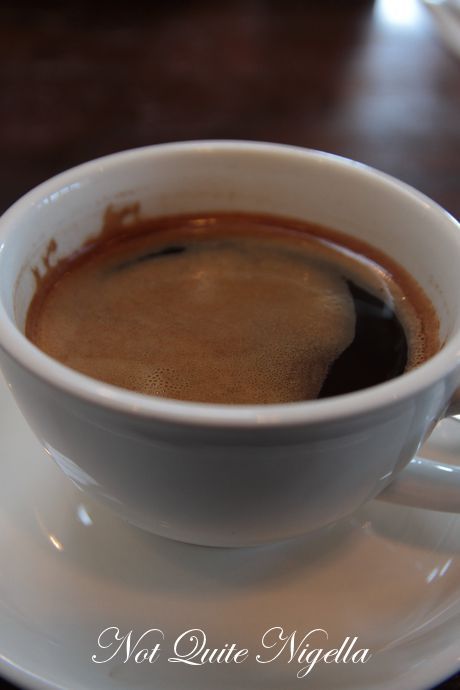 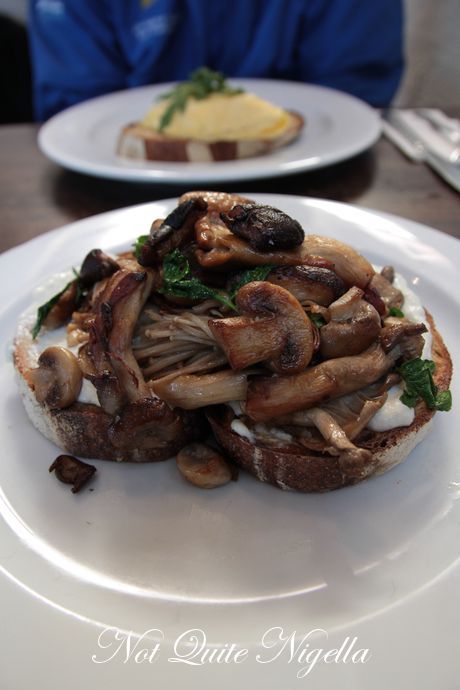 I adore the mushrooms with creamy lemon ricotta spread on top of their wholewheat sourdough. There is an varied selection of exotic mushrooms along with Swiss browns, enoki, oyster and shiitake and it is generously portioned. The ricotta is wonderfully creamy like a good Paesanella ricotta and with a judicious amount of lemon and the bread, well it is pretty fabulous. 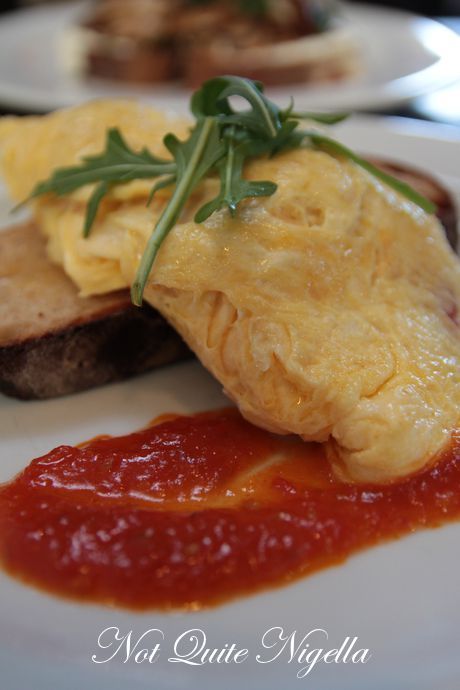 The fluffy omelette also comes on a slice of the wholewheat bread and is filled with what is supposed to be smoked tomato (although there is no discernible smoke flavour) and a tangy manchego Spanish cheese. Mr NQN doesn't like the sweet chilli jam but I do and I feel that it really adds a lot to the dish. 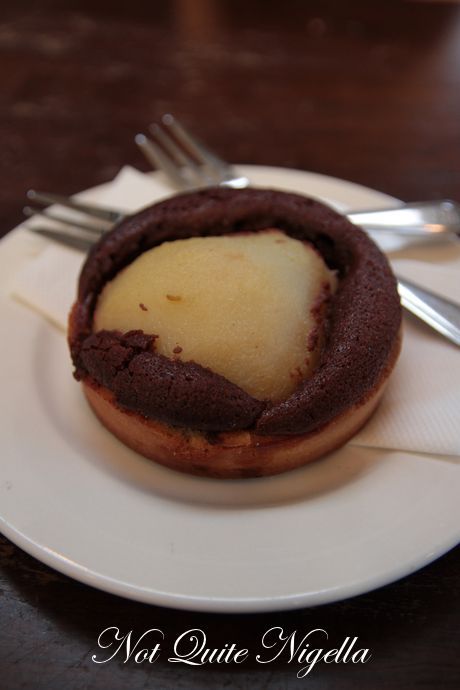 I ask Mr NQN if he wants dessert and he asks me if I am going to order some anyway. Well he's right and isn't it great that he knows what to expect? ;) I go up to the front and take a look at the selection on offer. The pear and chocolate tart catches my eye and so an order is put in for one. It is in a buttery tart round and is filled with a chocolate cake that is crusty on top but soft and creamy underneath. It's a good balance and is a good tart for those who don't want a lot of sweetness and pear and the bittersweet chocolate ensures this. 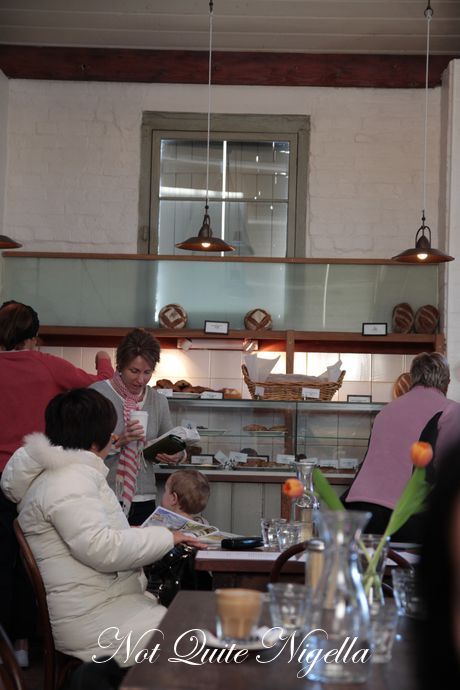 We're driving back through Berry on the Sunday so we ask what time we would need to stop by so that we can buy some goodies. Our waitress offers to hold some for us and we put in an order for a loaf of white sourdough and a loaf of the fig and walnut bread. And a ham and cheese croissant for good measure ;) 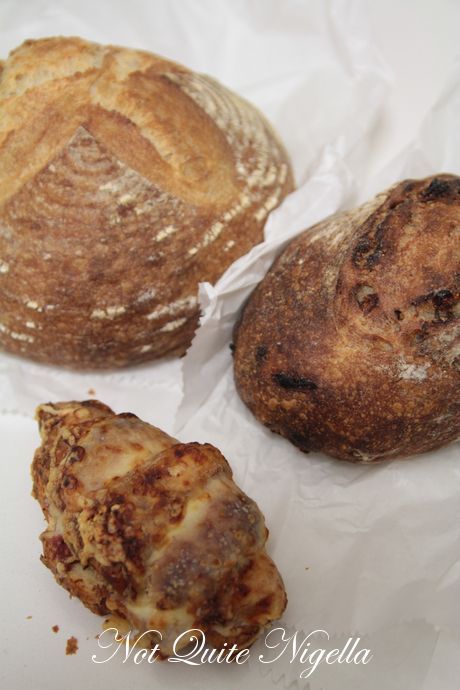 The breads are delicious and perfect for filling or eating along with good cheese. The ham and cheese croissant is  crunchy crispy with a generous amount of smokey bacon and a creamy cheese filling and is delicious for dinner after warming it up in the oven. 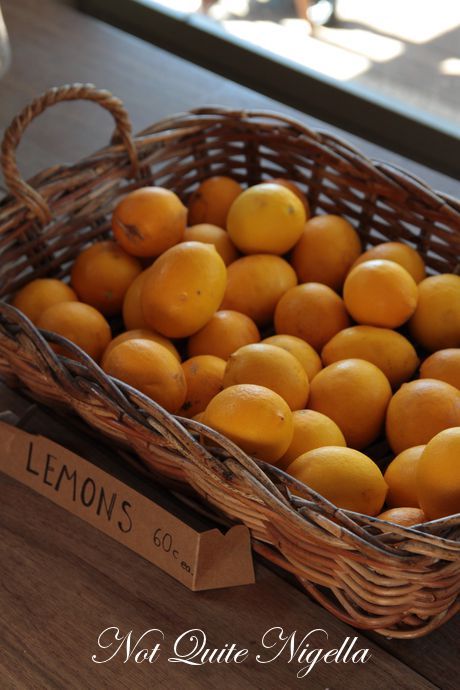 From Thursday nights to Sunday nights, they're open for dinner too. The chef for the dinner service is John Evans whose food we enjoyed a great deal at Paperpark Camp. Sounds like time for another visit...and one where we don't have to break in.

So tell me Dear Reader, what and where is your favourite bakery? 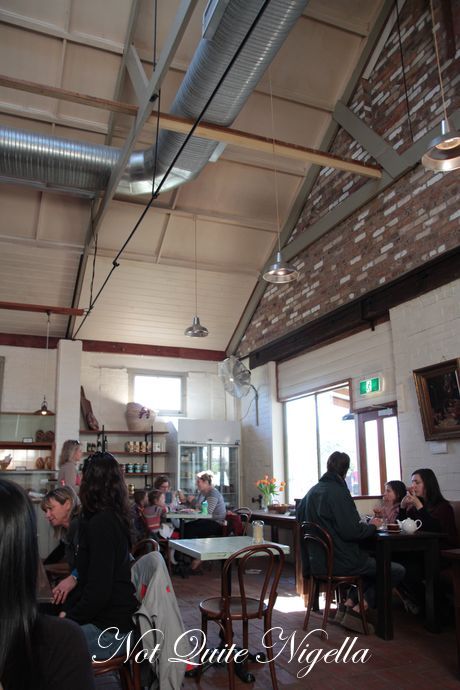 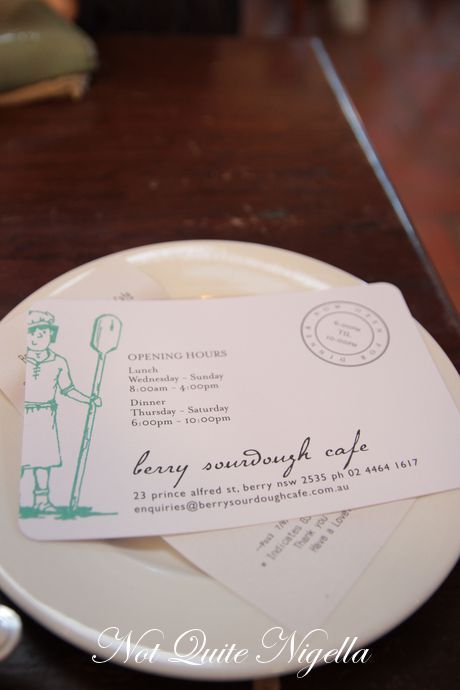