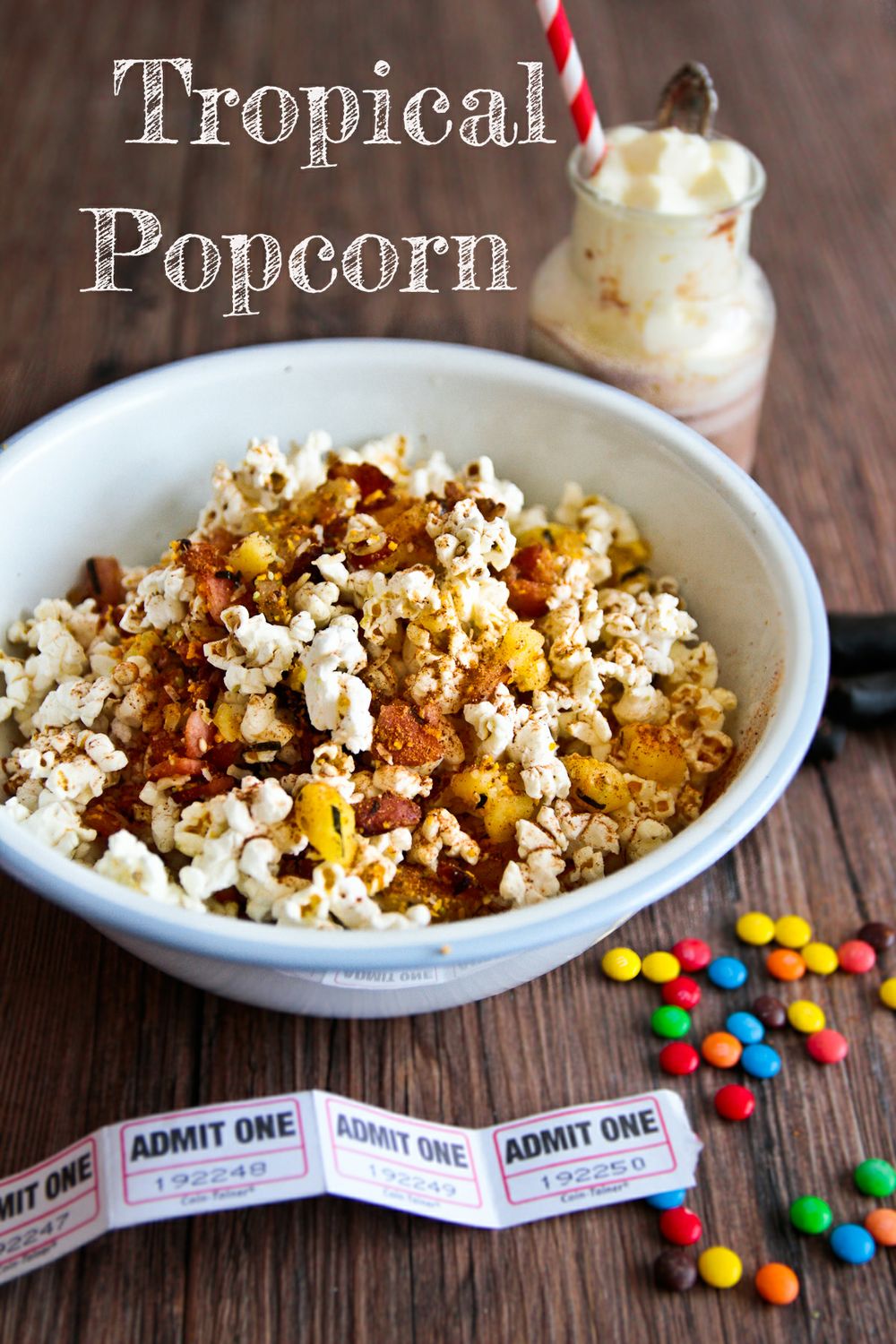 Dear Reader, do you ever get roped into those terrifying team bonding sessions at work? Ones where you compete with each other, go away on trips or divulge deep, dark secrets? I recall one team bonding session. Everyone in the group was asked to share a secret, preferably an embarrassing one. One by one we went around the circle of people. To be honest, I can't even remember what I said - I have plenty of embarrassing habits although they're not exactly secret as I tell people about them freely much to Mr NQN's chagrin and or amusement.

We were partway through our circle of people and there was a young guy with a blond crew cut haircut. He swallowed and took a deep breath and grimaced before he started his confession. "When I get on a plane and we take off, I listen to the Top Gun soundtrack and I pretend that I'm flying a fighter plane and that I'm in Top Gun" he said. Everyone around him burst into laughter, we could see that perhaps in his look, he had tried to emulate Maverick or Iceman. And as an unabashed fan of the film (hello volleyball scene!) I thought that I had actually found someone else that was sane at work. 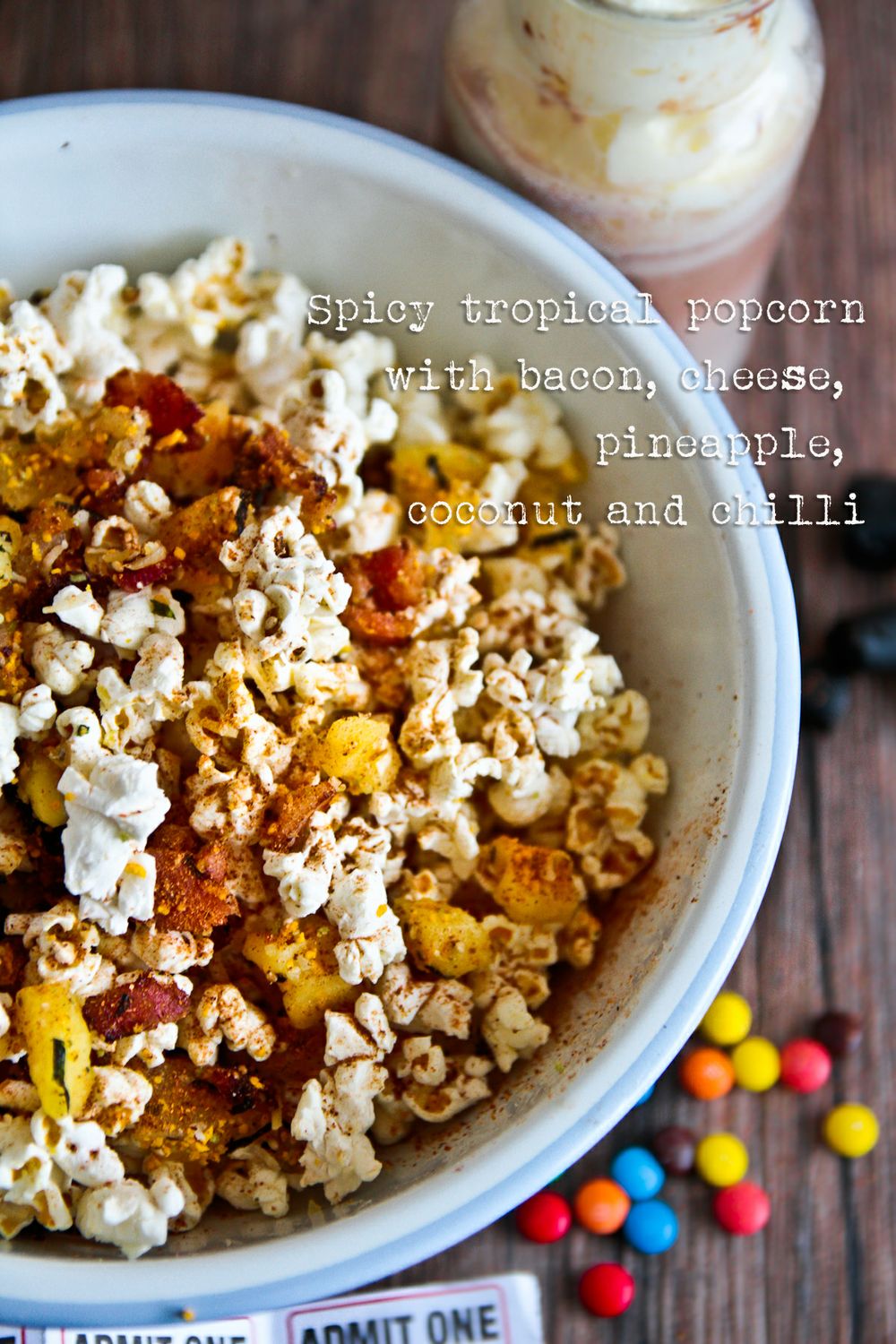 Anyway, what does this have to do with popcorn? Well, my current embarrassing secret is that I am going to bring a batch of this when I see Top Gun in 3D this weekend. This popcorn is based on the Mahalo popcorn from Santa Barbara restaurant in Kings Cross. And it is not only delicious, it's a meal in itself. It's for those times when you see a movie but it's either too early or too late to eat something. The bacon adds savoury, the pineapple sweet and the cheese melts just so and I found myself eating the first batch by myself. Don't be worried about finding the furikake seasoning, I found it at an Asian grocery store with a small Japanese section. It adds much flavour to the popcorn but if you can't find it, making it a bacon, cheese and pineapple popcorn would serve you just as well.

And you know what I added to my playlist for the plane? Yep, you guessed it! And yes I do pretend that I'm flying the plane too :)

So tell me Dear Reader, what do you think of team bonding sessions? Useful? A good excuse to get out of the office? And if you could pretend to be from any movie or television show, which would it be? For me, I would be a vamp on True Blood! ;)

Buyer's tip: you can buy furikake seasoning in most Asian grocery stores in the Japanese aisle. It is a seasoning that is usually added to rice and comes in a packet form. If you're having trouble finding it, do check the back of any packets as I almost missed it in the store as the writing was all in Japanese. 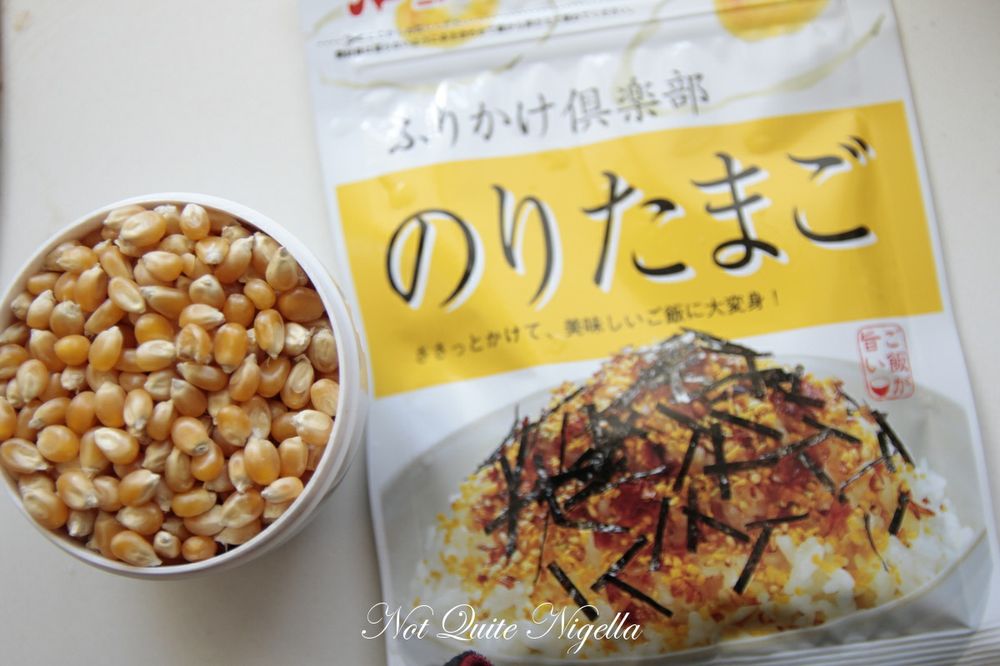 Step 1 - Heat a frypan on medium to high heat. While it is heating, chop up the bacon into small pieces and remove the rind and fat. Fry the bacon until cooked and crispy and then add the dried pineapple pieces and cook for another two minutes. Place the bacon and pineapple into a large bowl, about six to eight cup capacity. Add the coconut and keep warm. 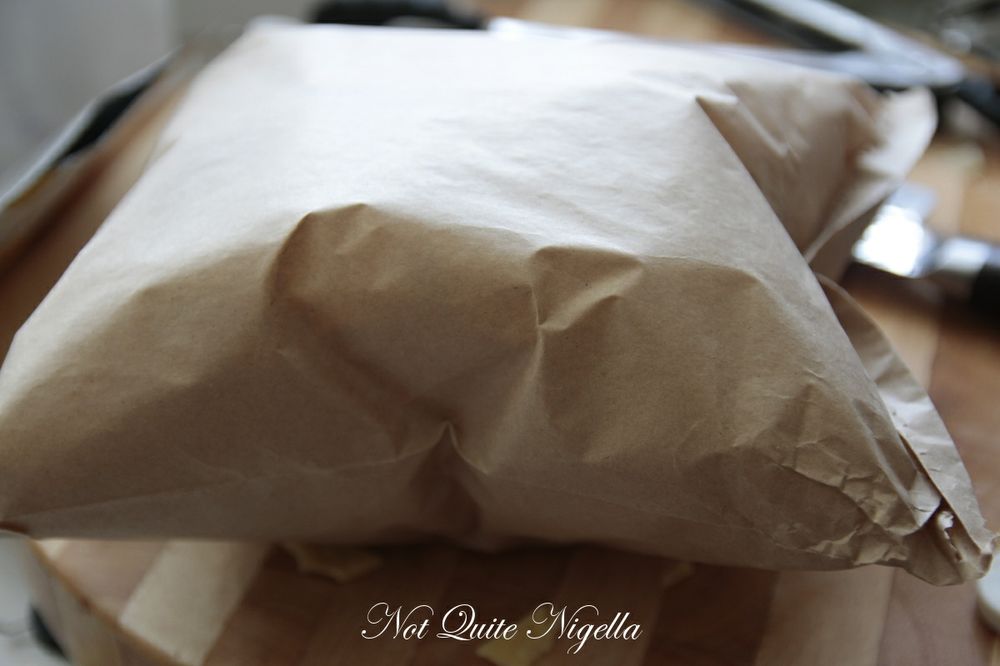 Step 2 - Place the popcorn in the paper bag and seal by folding over the top two or three times. Microwave on full power for 90 seconds to 2 minutes. Take care opening the bag, it's not really that hot but just in case there's an extra kernel popping.

Step 3 - Add the popcorn to the bacon mixture and toss with the cheese, furikake seasoning and cayenne pepper. If you want the cheese melty, just pop it in a 180C/350F oven for about 5 minutes or so until the cheese melts. 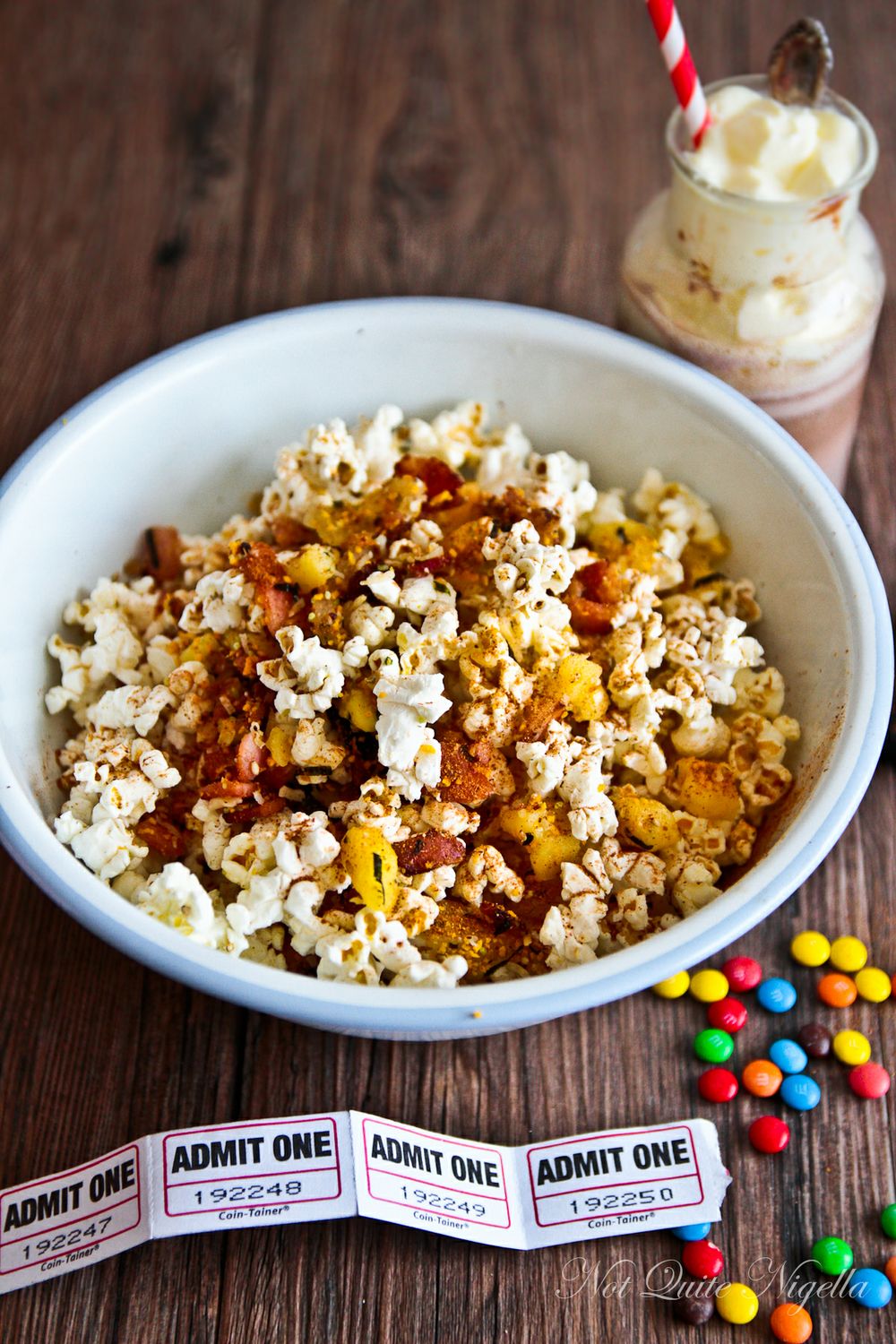