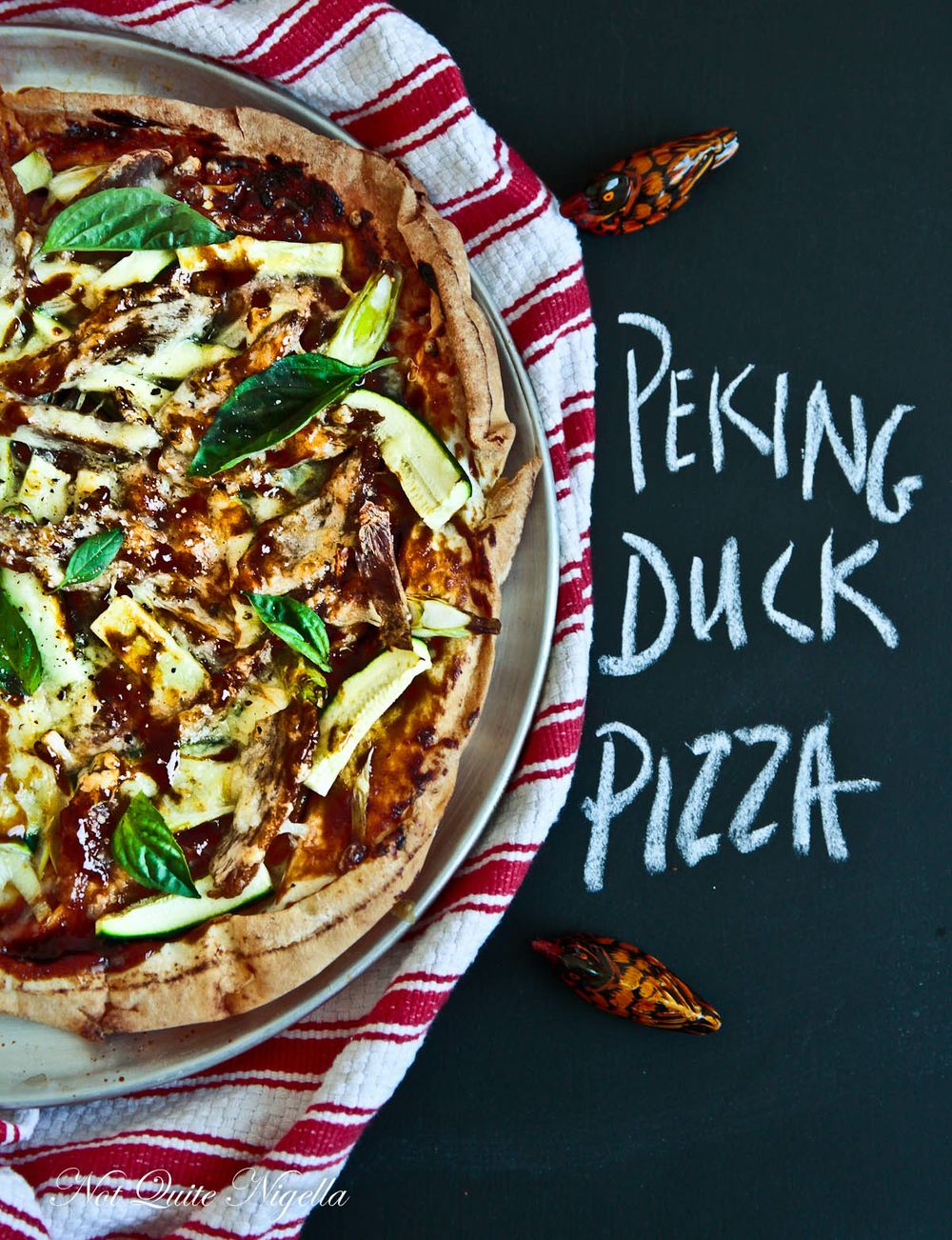 I don't know about you Dear Reader but the night before grocery shopping day is when some of my craziest meal combinations are served. Last night we had leftover cold deep fried chicken wings and a failed sweet potato chips (a recipe attempt that needed to be reworked) which was actually more on the normal side. Other times it will be a simple herb omelette which is very useful for disguising any bits of meat and vegetables at the bottom of the vegetable crisper. Or it may be leftover pizza with a Chinese dish. Friday night also seems to coincide with the night Mr NQN goes out for drinks after work-are the drinks related to the strange meal offerings? Perhaps....

This was something that I served up one Friday night after  very hectic week in which all I wanted to do was sit in front of the television like a zombie and then crawl into bed after a shower.  I actually contemplated watching tv and sleeping while in the shower at one stage. It was actually the last dish that I made in my the Peking Duck series in which I make four dishes out of one $20 Peking Duck. I actually hesitated to put this one down as an actual recipe and was just going to say that I made three dishes out of the one duck but Mr NQN's reaction to this pizza convinced me otherwise. 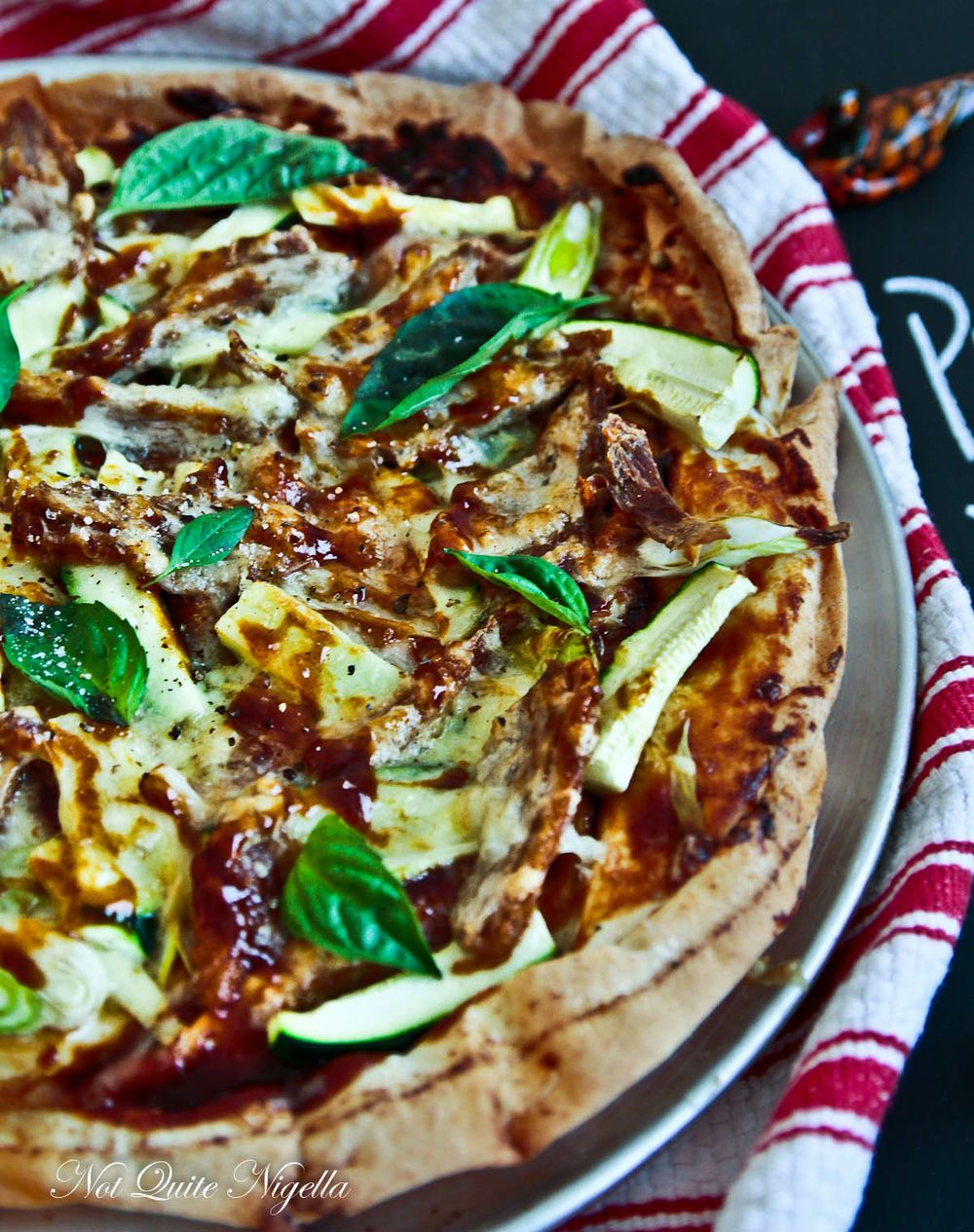 As part of my end of week fridge clean up, I used up the last of the zucchini,  Thai basil leaves and the spring onion (which I wish they'd sell in smaller quantities as we can never use it up quickly enough) and there were two rounds of Lebanese bread left from making Mr NQN's lunch that week. I added the rest of the mozzarella balls and shoved it in the oven expecting quite frankly nothing. There aren't many process photos because I didn't actually think that I would blog it but I did pick up the camera and just took a shot of the hoi sin sauce spread on the bread, more as a visual reminder of how much sauce to use next time.

It was not just simple but baked quickly and within ten minutes, Mr NQN and I were digging into a pizza. It was so good that I was jolted out of my catanoic state and I took photos of the remaining pizza. I know that you can order Peking duck pizza but this is faster than any home delivery and you can put as much Peking duck on it as you see fit-none of these tiny bits of Peking duck that you sometimes see! And there's nothing like perking someone up at the end of a tiring week than with good food!

So tell me Dear Reader, do you ever serve up strange combinations towards the end of the week? And do you often order takeaway pizza? 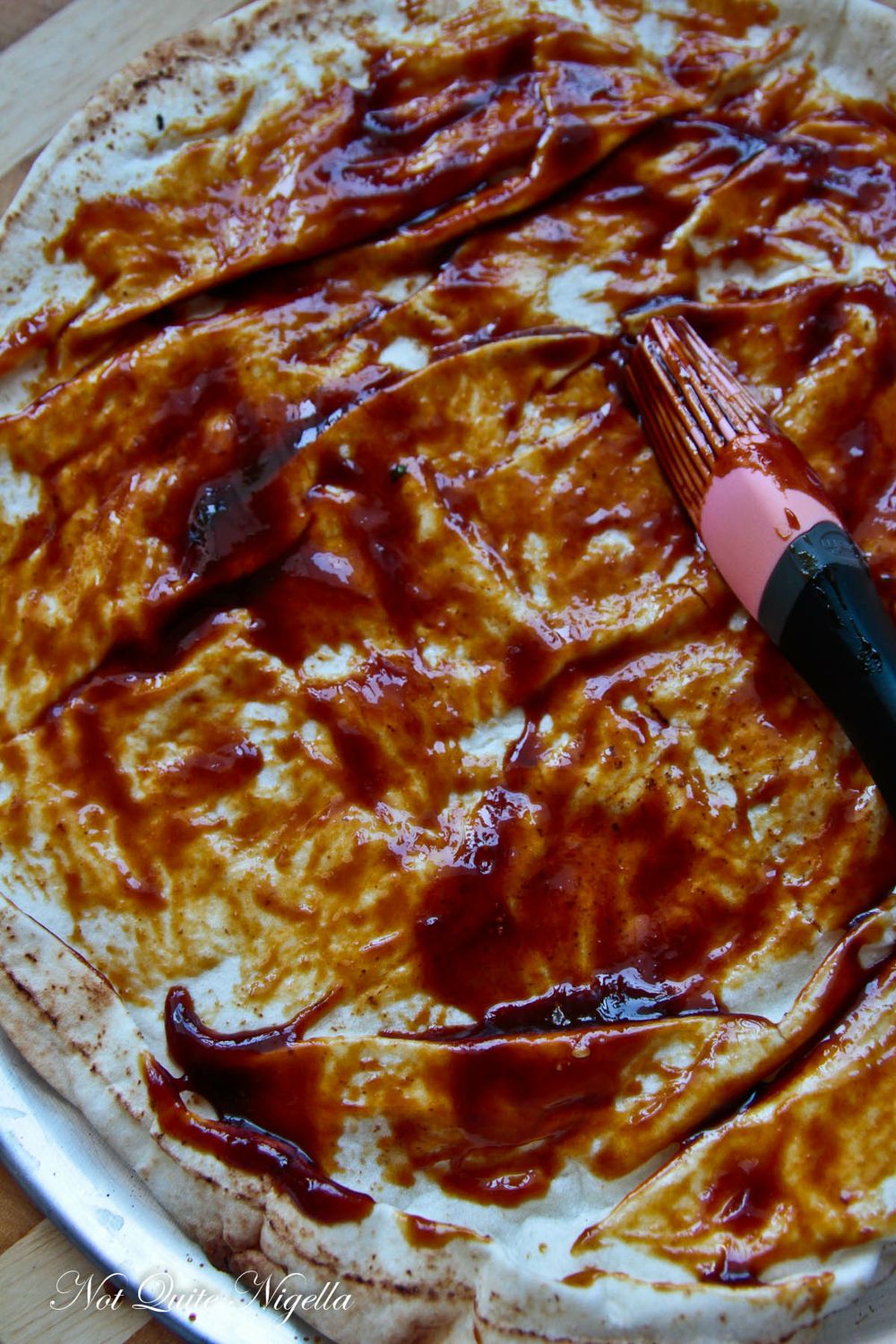 Step 1 - Preheat oven to 190C/374F and line two pizza trays with baking paper or semolina. With a pastry brush or the back of a spoon, spread the hoi sin sauce on the base of the pizzas-it's strong so you don't want that much and not as much as you would tomato pizza sauce.

Step 2 - Slice the duck breast into thin strips. Sprinkle the onion, zucchini, duck breast slices and mozzarella over the pizza bases and bake for 10 minutes until crispy. Top with Thai basil leaves once cooked and cut into portions. 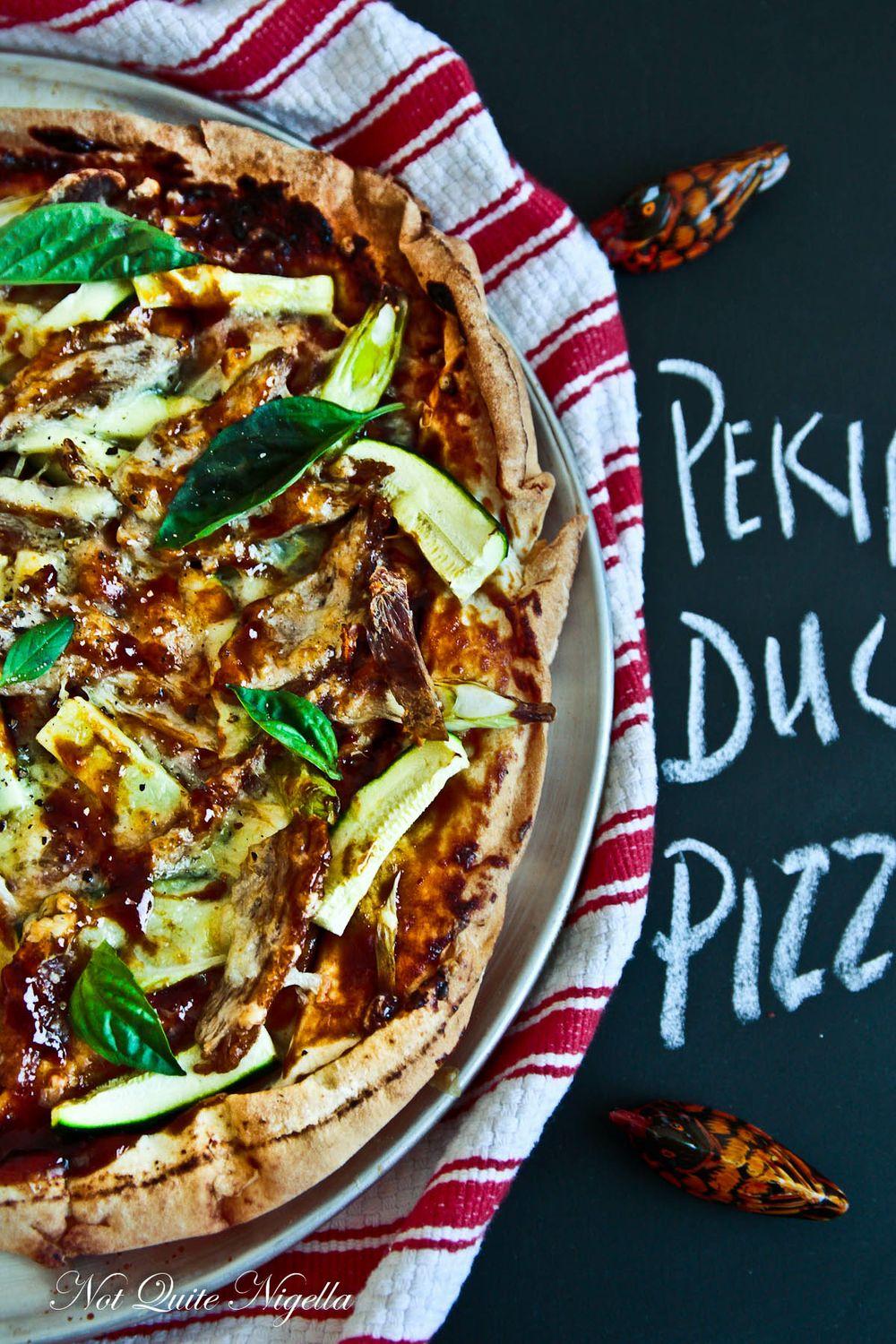