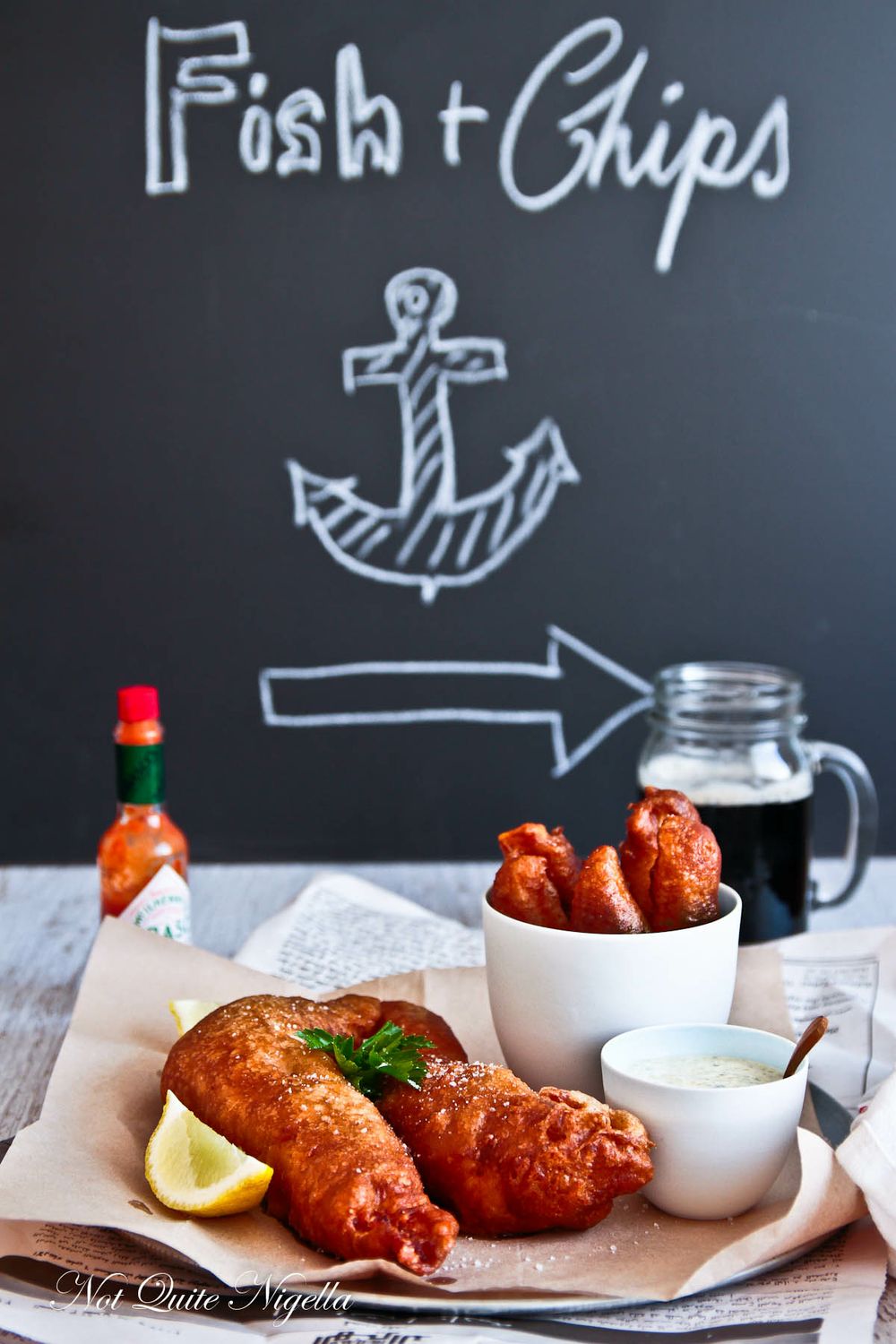 Mr NQN and I were talking about superpowers. As you do when you're at home and watching True Blood. I asked him what sort of superpower he would like to have. He thought about it for a long time (he's so serious about these sorts of questions) before I interrupted him with an "Aha!! I know which one you'd like! The ability to google anything in your mind!"

He was extremely unimpressed to say the least at my suggestion. You see I had inadvertently pegged him as a nerd, which is sort of happens because of his job, but that was apparently taking matters a bit too far. Surprised at how he has reacted I offered him another one, the one that I would really like at times, particularly on the weekends: the ability to change the weather. 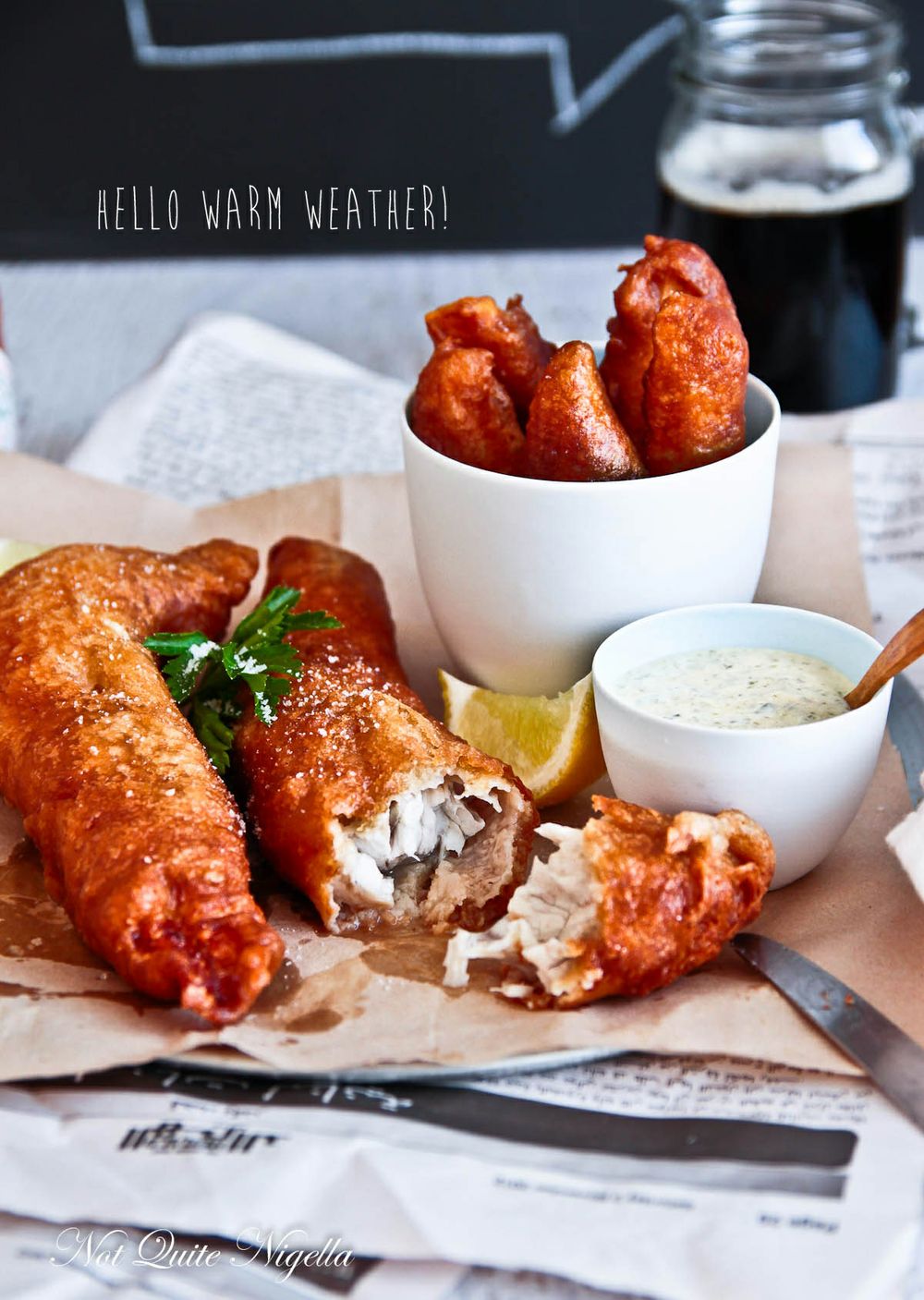 One of our favourite things to do on a sunny day is buy some fish and chips and eat them snuggled up with our fingers and lips almost burning from the scalding heat while our skin gets some much needed Vitamin D. I was watching Food Safari where they visited Kangaroo Island and I watched them make a fish and chip batter that made perfect sense to me. Not only was there beer involved but yeast to make the batter even fluffier than you could dream of.

Of course being that I'm a bit phobic of deep frying, it took me a good year to muster up the guts to make this at home (hmm perhaps I should ask for a super hero power so that I can act swiftly?). But one sunny day I decided to do just that and make them at home just to see what the batter was like. It's easy enough but of course because I was using yeast, I had to wait for it to rise, bubble and thicken. The batter was thick, clingy and smelled just like the dark beer that I used. I put the fish fillets in and realised that I had a lot of batter leftover so I decided to make beer battered chips.

I placed a hot chip to my lips and it was so earth shatteringly crunchy I couldn't help but have another two before I realised that I needed to photograph everything. The flathead fish was incredibly moist and flavoursome and the batter was also a beautifully bronzed, crunchy coating. The Tabasco tartare was a creamy dipping sauce that has spice, lemon for the fish and creaminess and the capers and gherkins added a vinegary element too. If you are going to try and make fish and chips at home, I urge you to give this recipe along with the tartare sauce a go. I realised that I didn't need to have super powers to change the weather when I could have incredible fish and chips at home.

So let's scrap that as a super power and go with a new superpower. The ability to negate calories from deep fried food!

So tell me Dear Reader, which superpower would you like to have? And is googling in your head a lame superpower? 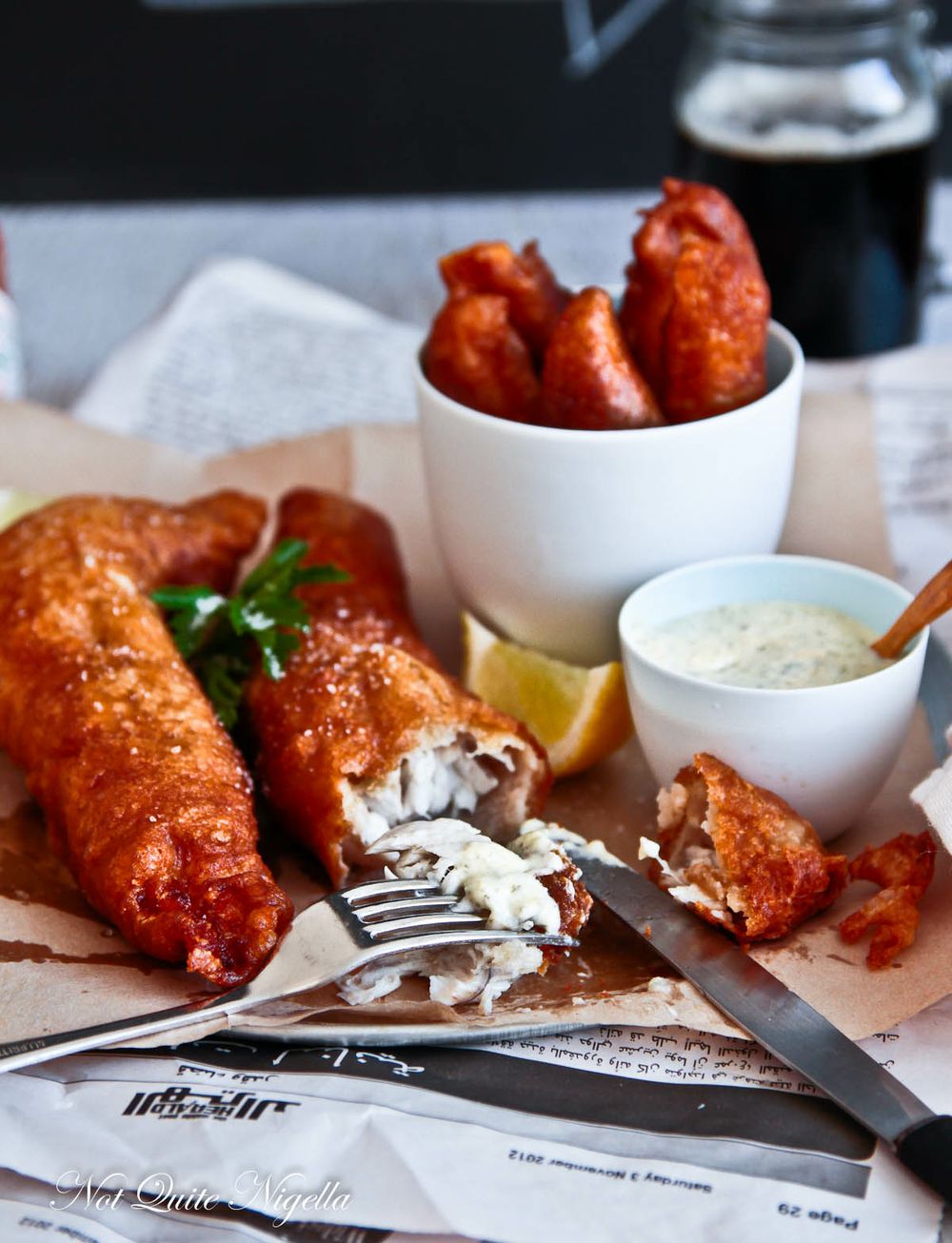 Fish and batter recipe by Sue Pearson via SBS Food

Recipe by Not Quite Nigell 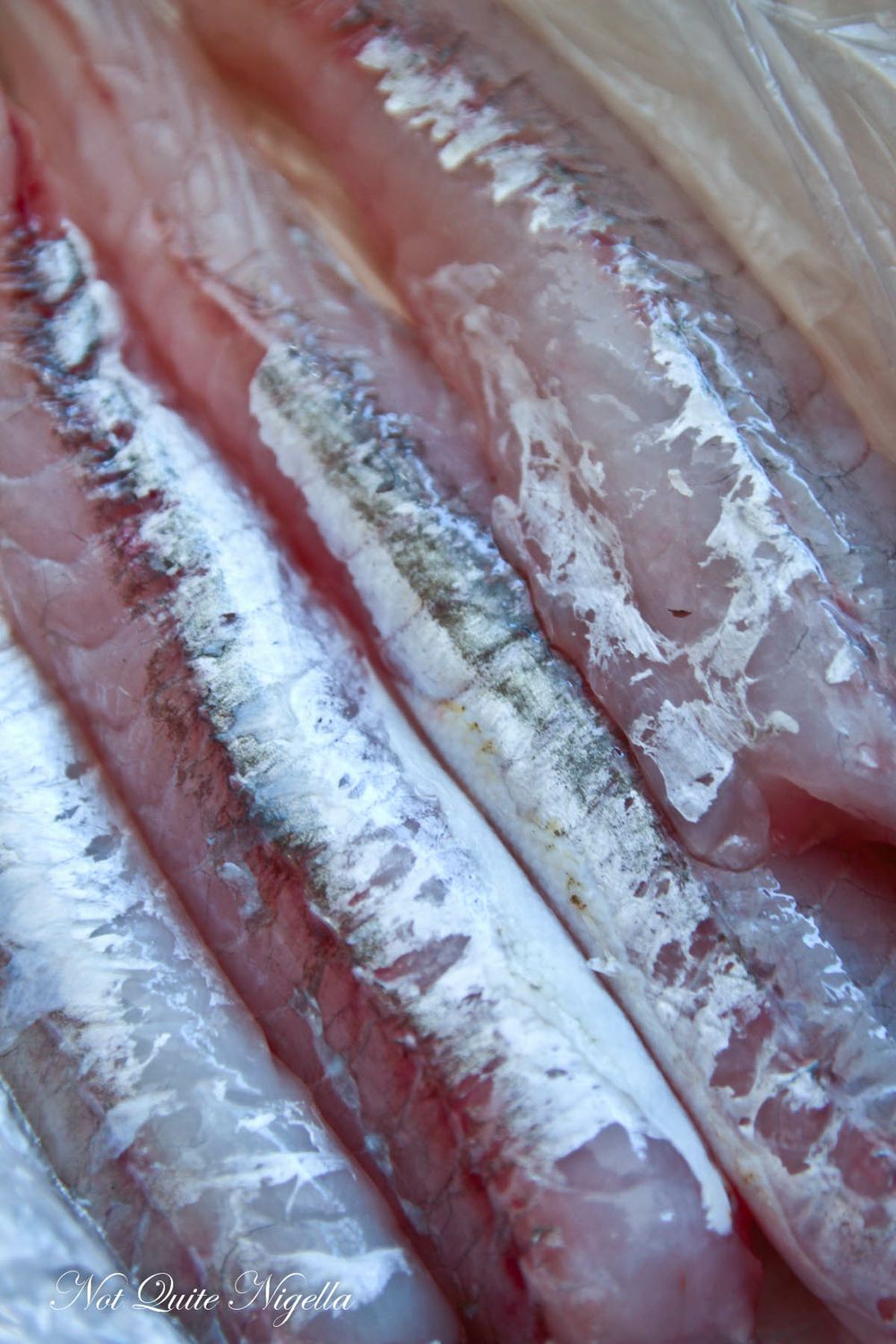 Step 1 - Place the flour in a large bowl and make a well in the centre. Pour the beer into it gradually whisking all the time until you get a creamy mix. Add the yeast and whisk again and cover with cling film. Place in a warm, draught free area for 1.5 hours until bubbly and risen. 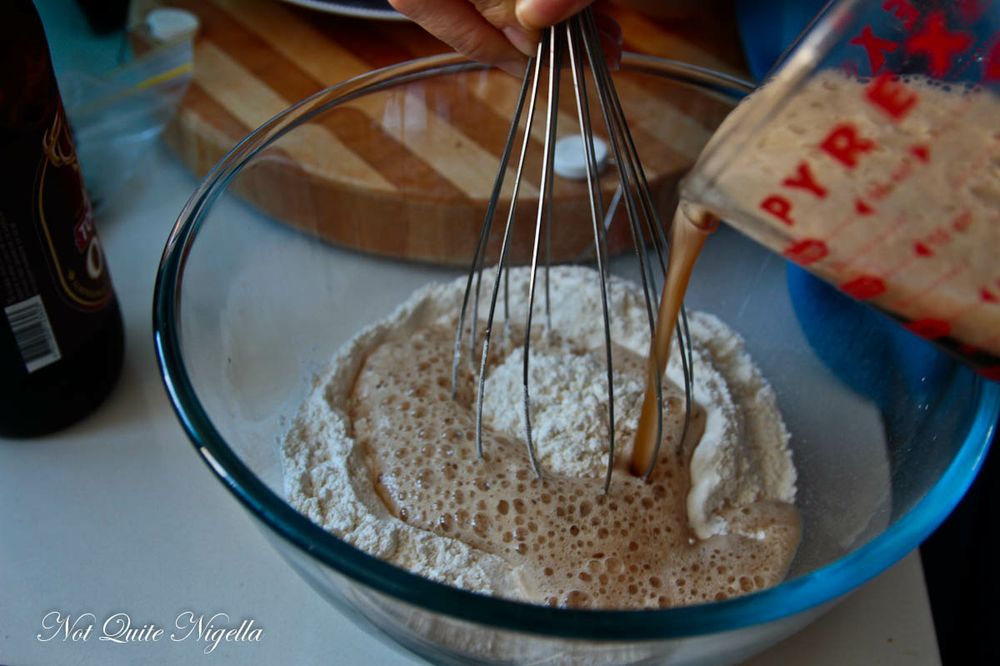 Step 2 - Meanwhile, make the tartare sauce to keep in the fridge. In a mini food processor or chopper, process the pickles and capers. Add the mayonnaise and process and then add the lemon zest, juice, Tabasco sauce and salt and pepper and mix to combine. Scrape into a serving cup, cover with cling film and place in the fridge. 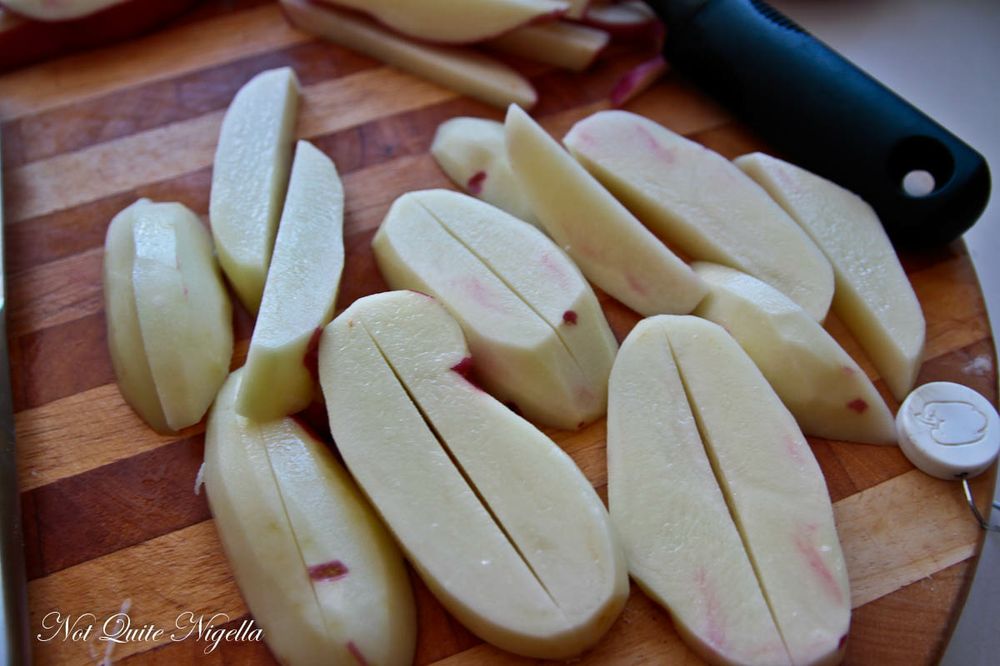 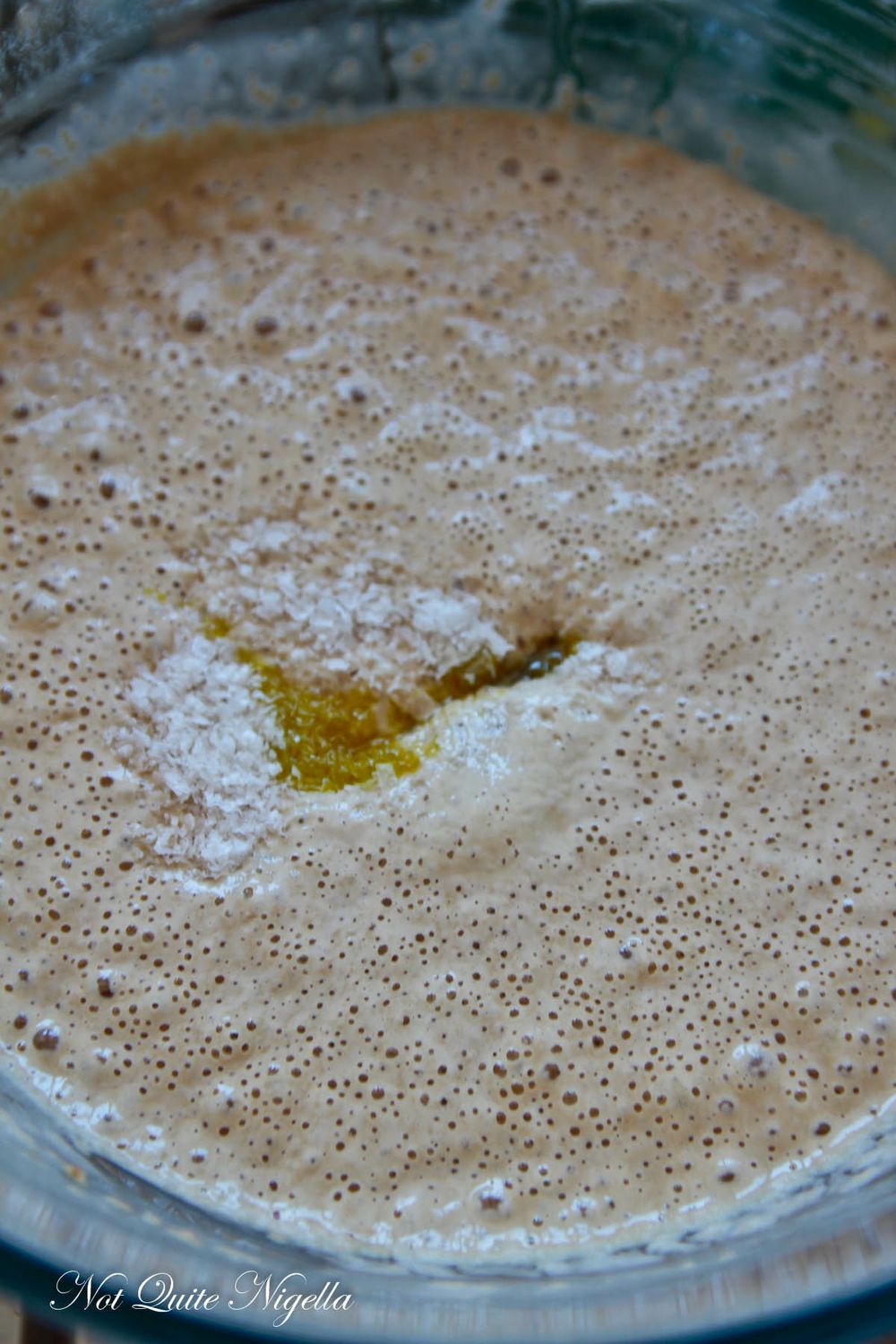 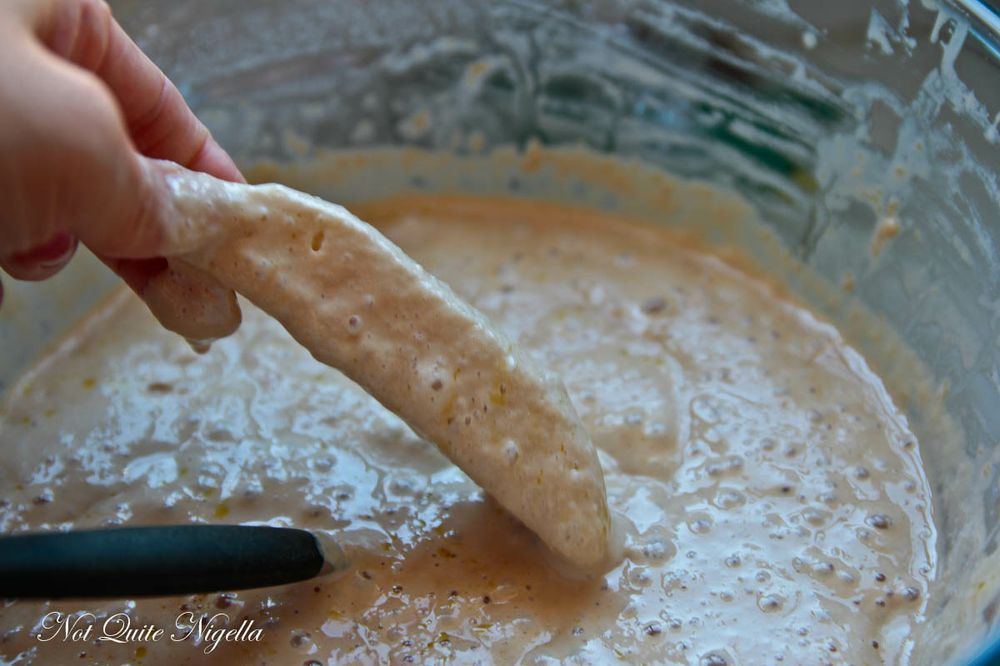 Step 4 - Heat the oil in a heavy based pot or wok to 190C/374F. Add the salt and olive oil to the batter mixture and stir to combine. Dip the potato chips into the batter and then into the hot oil-I find it easiest to submerge them about 3/4 of the way in and then gently let them go as this avoids dropping the items in and splashing yourself. Fry for 5 minutes until golden brown turning over. Drain on a wire rack in a single layer. 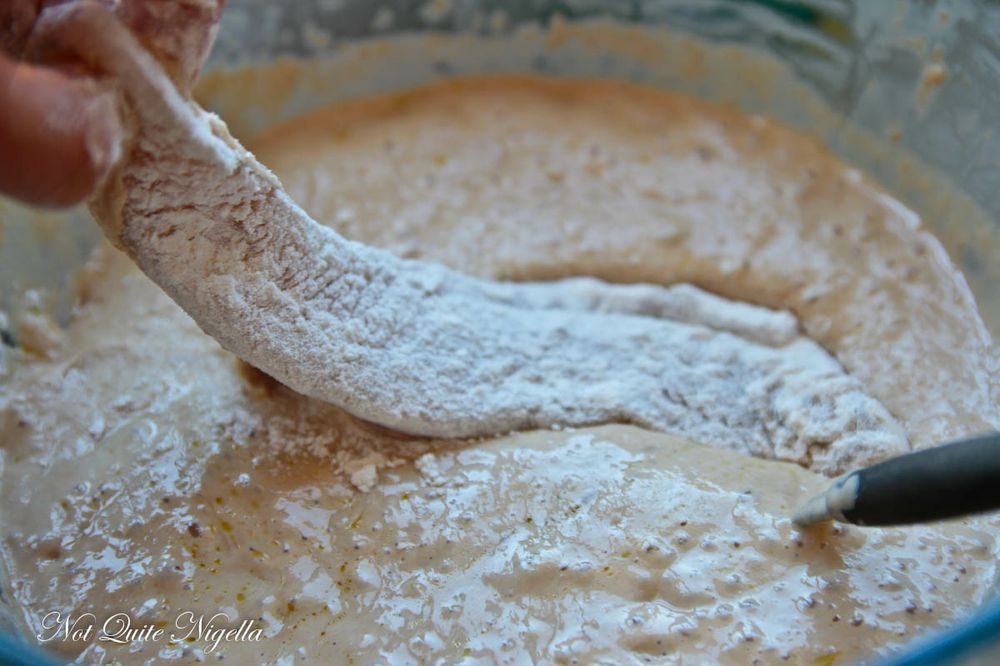 Step 4 - Place some flour in a wide bowl with sides and then dredge the fillets in the flour and then dip them in the batter. Fry the fish for five minutes, turning over halfway. Serve immediately with the tartare sauce, extra lemon, vinegar and salt.