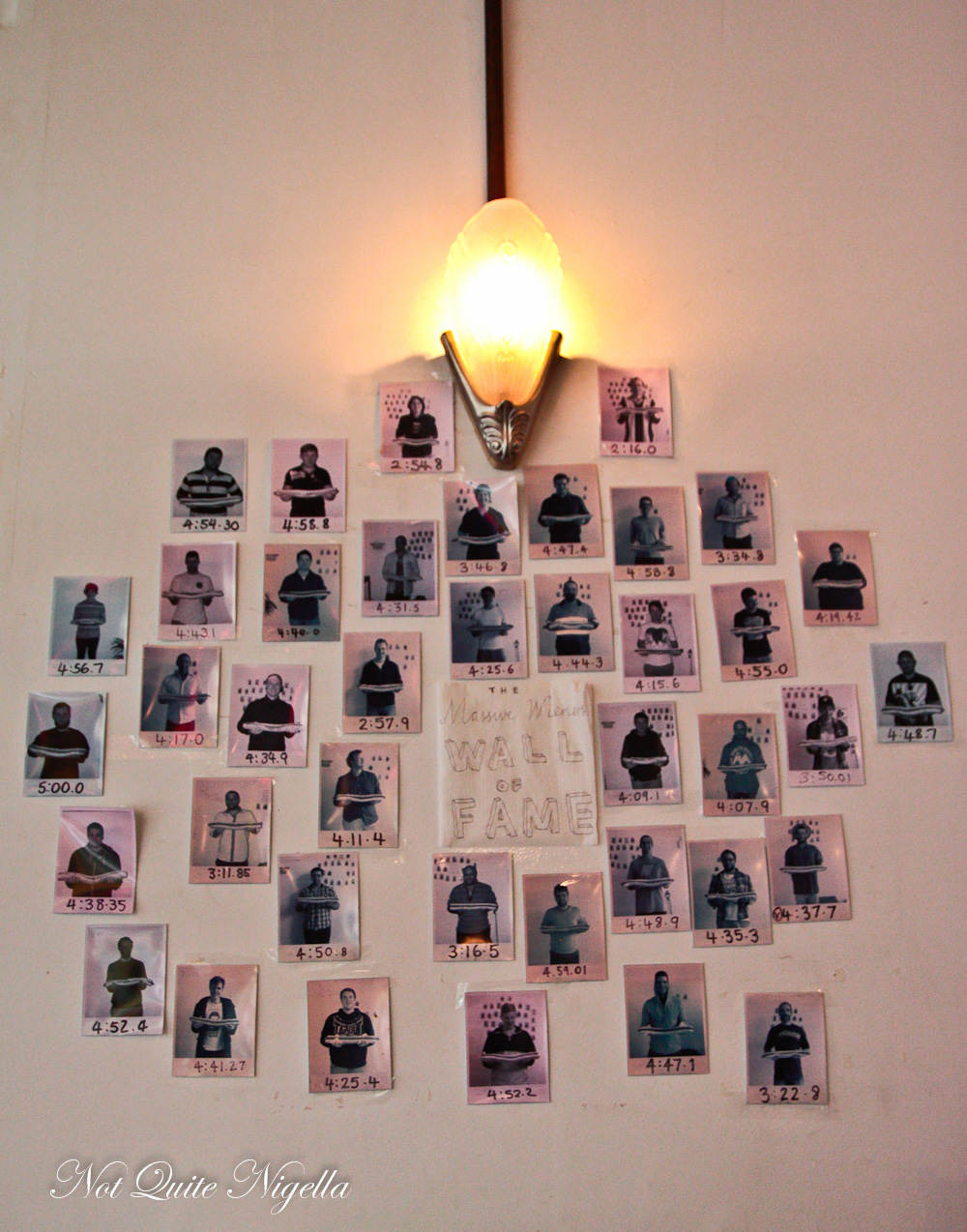 The answer came back quickly. "I have no idea what that is but I'm SO IN!!! Where? Can I pick you up?" 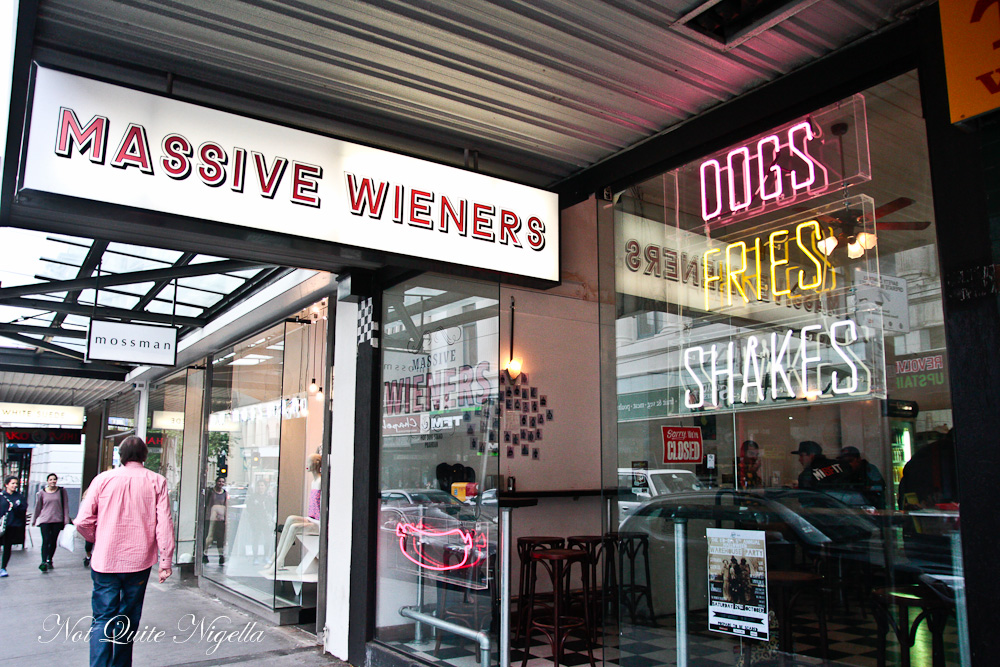 It seems that every visit to Melbourne is always done in a flurry and this would be no different. I had less than an hour in which to meet with her. I was nervously looking at the time as the cab turned into Chapel Street. 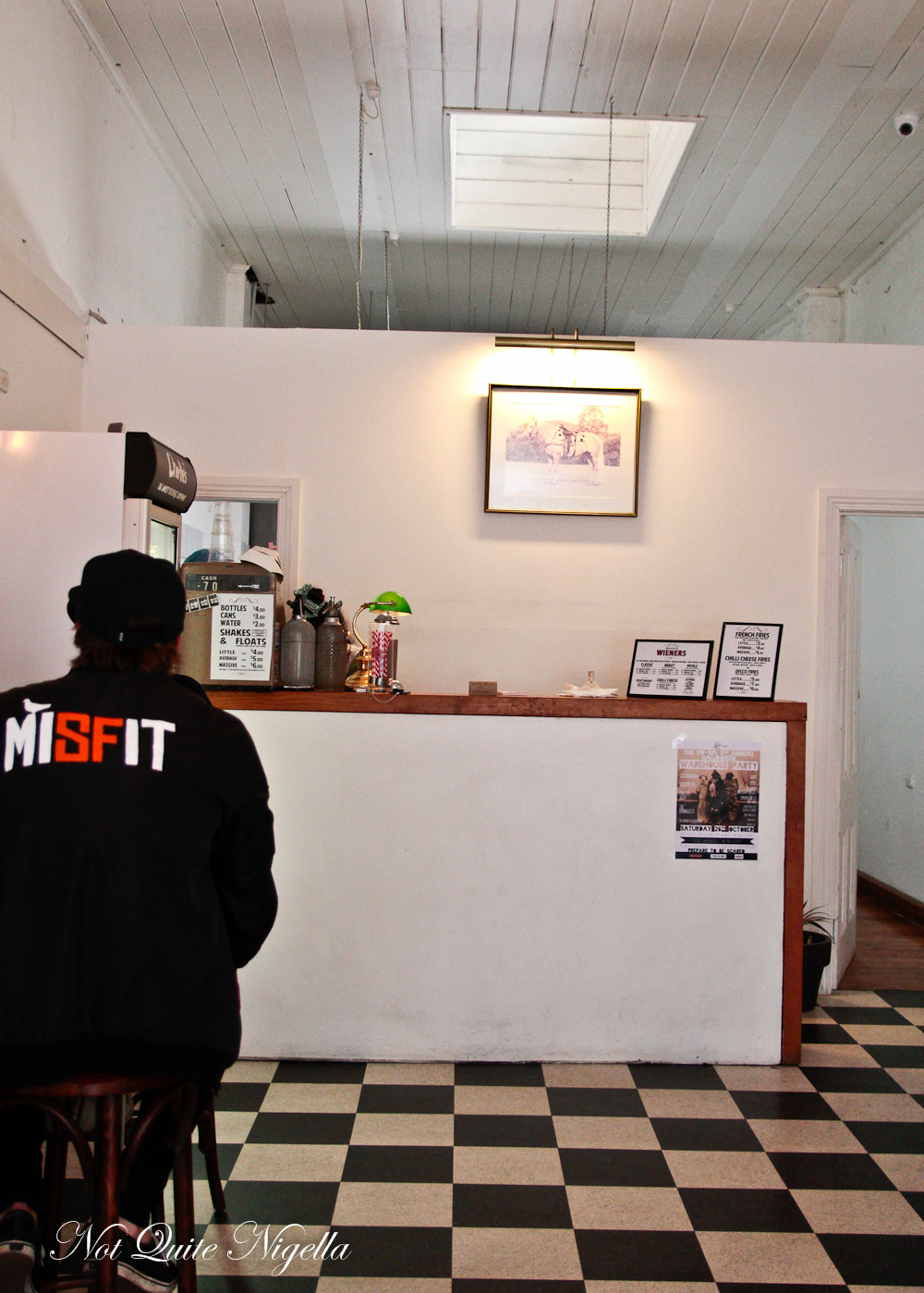 "What's the name of the place and number again?" my taxi driver asks.

"It's errm number 226" I answer, not wanting to say the name in case he thinks I'm off to a male stripshow. Not that there's anything wrong with that. We drive for a while and then we hit the 200s. "What was the name again?" he asks. 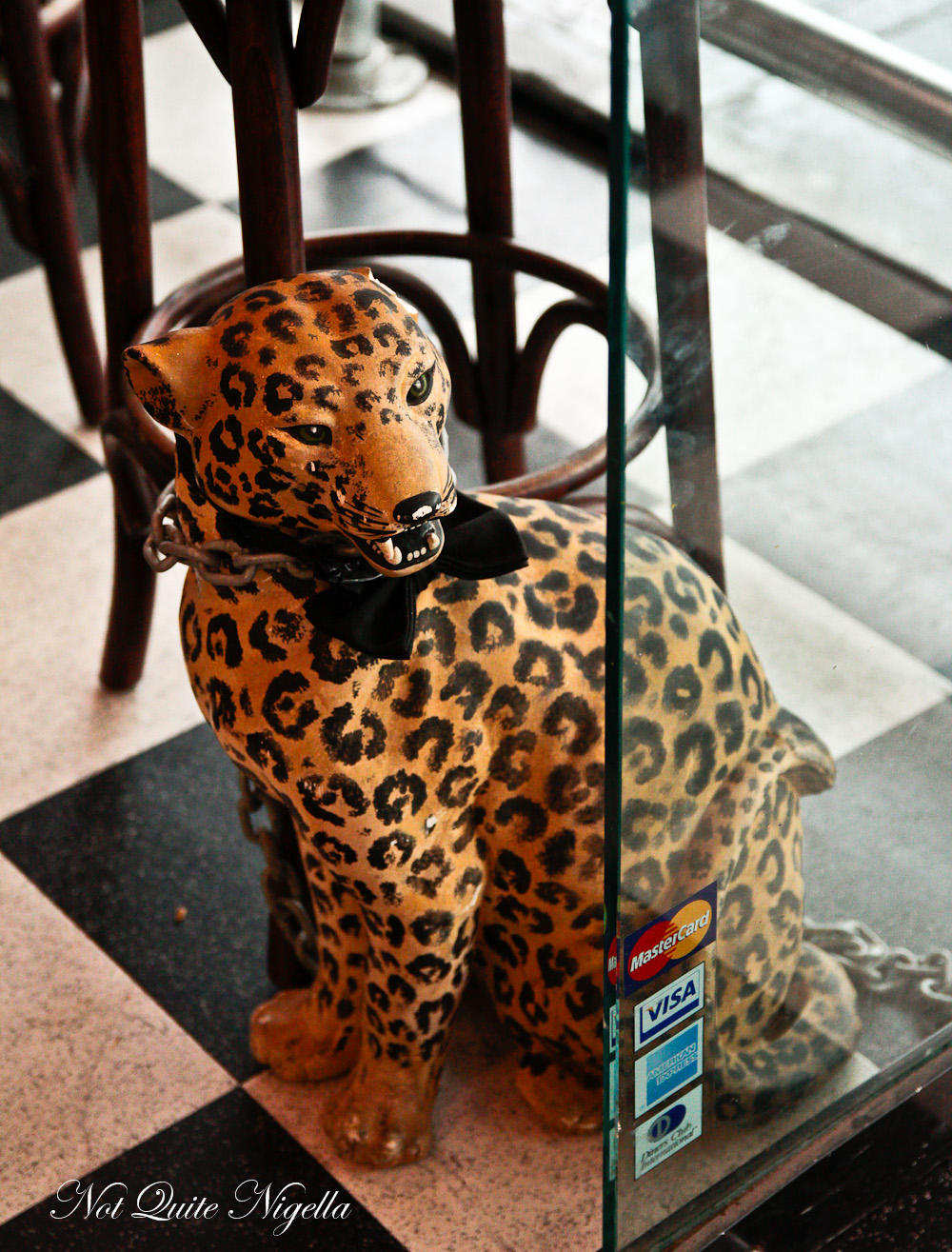 "It's called Massive Wieners" I answer. He looks for it without registering a giggle, a raised eyebrow or a snort which were the three main reactions that I got from people when I told them that I was headed there. Formerly on Greville street, it has moved to Chapel Street about a month ago. Carly is having trouble finding a taxi so I ask her if she wants me to order and she says yes and we carry on our catch up through texts cognizant of the fact that our catch up will last about 25 minutes. 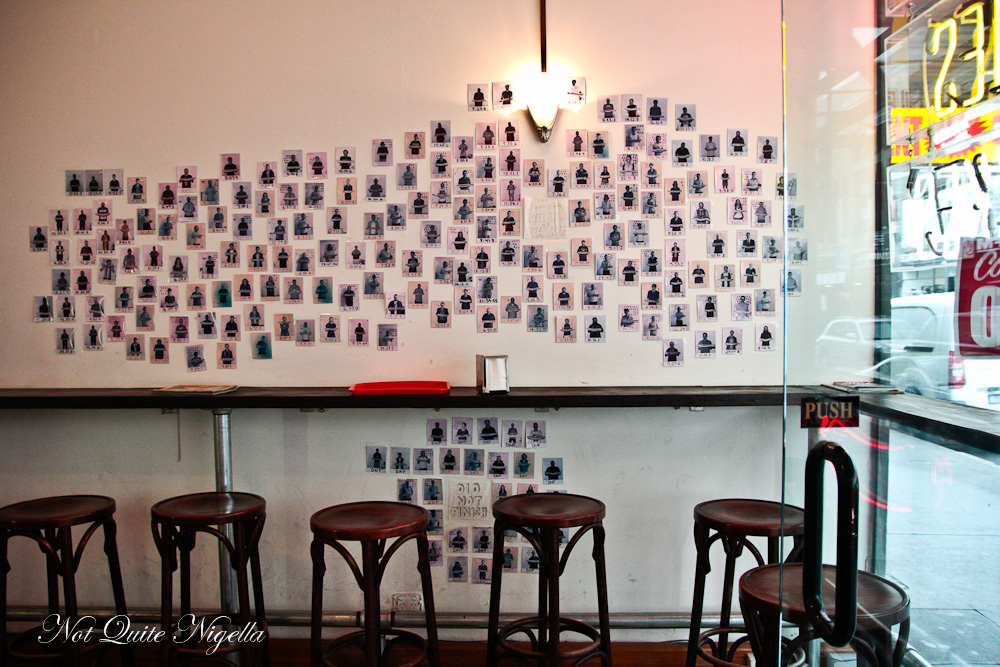 Around me are polaroids of wieners. On the left hand wall is the "Massive Wieners Hall of Fame" which features the victors of the Massive Wiener challenge where they finish eating a "Super Colossal Wiener" aka 25 inch hot dog in five minutes or less. So far 200 people have lined up for the title with over 30 succeeding. Owners Liam Magee and Dave Brennan first had the idea of opening up a hot dog stand from a hot dog cart they owned from catering dance parties. They also intend to have a hot dog eating contest in January 2014, the winner to be taken over to America for the famous Nathan's Hot Dog Eating Contest.

On the right hand wall is the "Wall of Shame" which has polaroids of the people that weren't able to finish with each person's time recorded. Under the bench are the D.N.F. or the did not finish contestants. 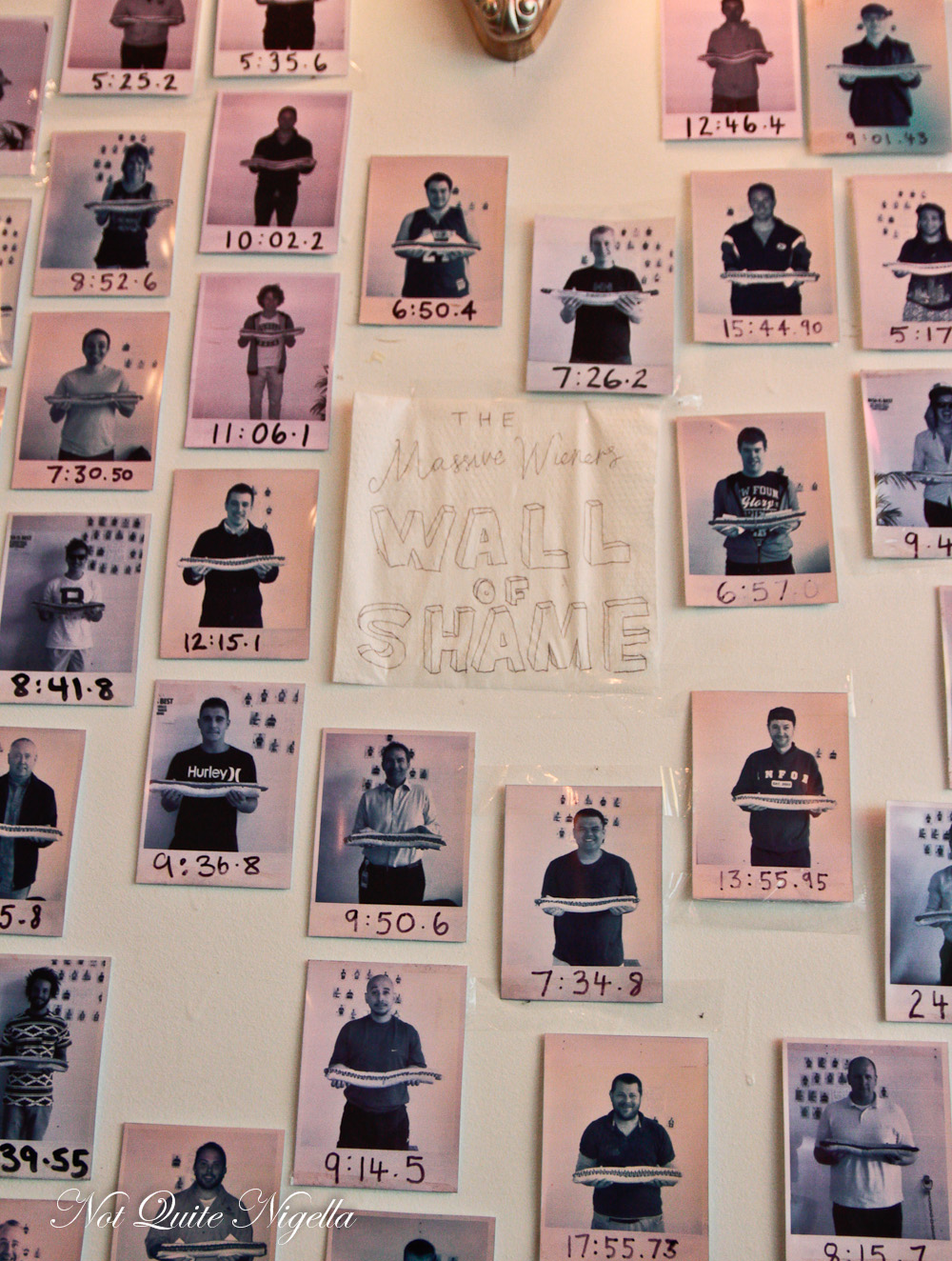 I go to the front to order. There's a fridge full of soft drinks including A&W root beer which I choose. Having been in Melbourne for a dairy event, I would normally try the shake but have had plenty that day already. There are five types of hot dogs including one vegetarian in three different sizes.

The buns are made each day by a bakery and the sausages are custom made for them by a smallgoods manufacturer. "It's nothing too fancy, it's not gourmet. We'd never do bratwurst or chorizo" Liam says. The cost of the frankfurts isn't cheap though. "People underestimate the cost of a hot dog versus a burger but not just anyone can make a frankfurt." 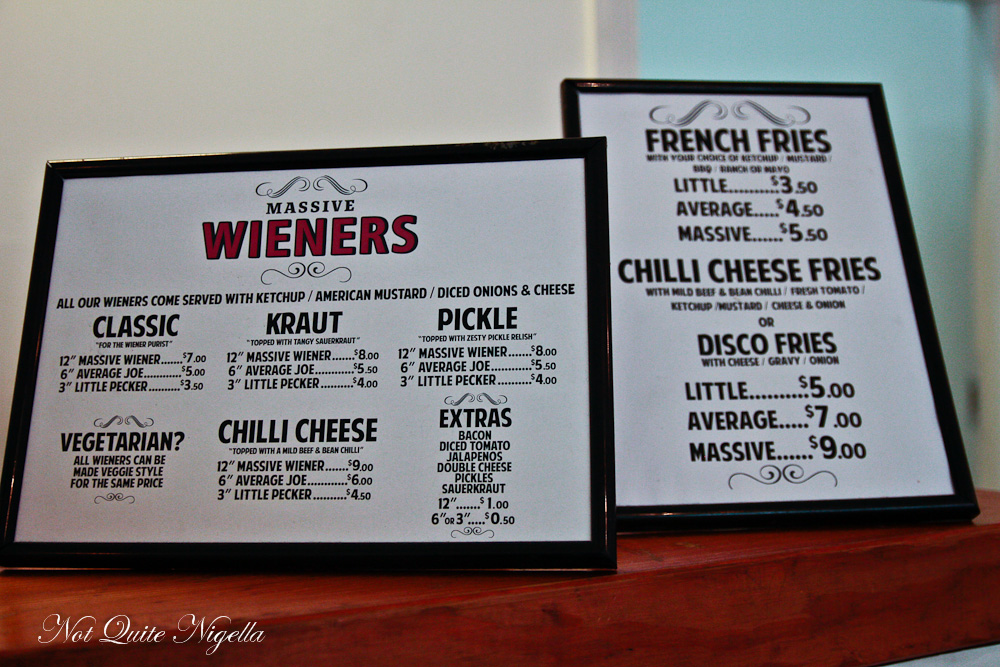 The girl behind the counter is helpful and steers me towards the pickle which is a pork sausage topped with finely diced pickles and sauce. For comparison's sake I order one in the 12 inch massive size as well as the cheese and chilli in the "little pecker" three inch size (there's also the "Average Joe" 6 inch size). The disco fries with gravy, cheese and onion call to me and I take an order of those in the small size. 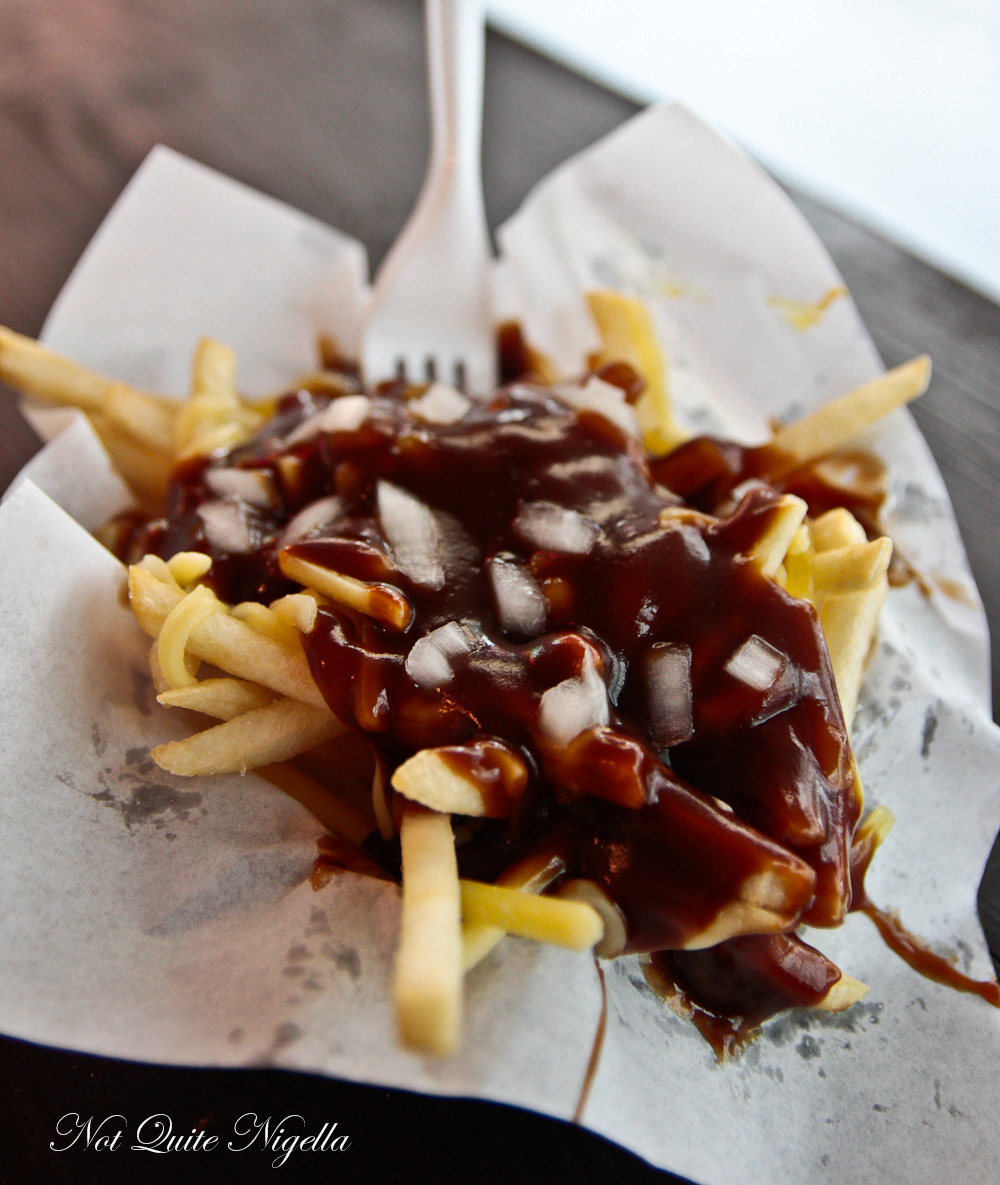 With perfect timing, Carly arrives just as I've finished taking a photo. I take a shine to the disco fries with it's sort of tribute to poutine. The gravy is rich - it's a commercially made gravy bought into the assembly kitchen and there's just enough melted cheese on top to tangle the potato fries together to make a mega forkful. 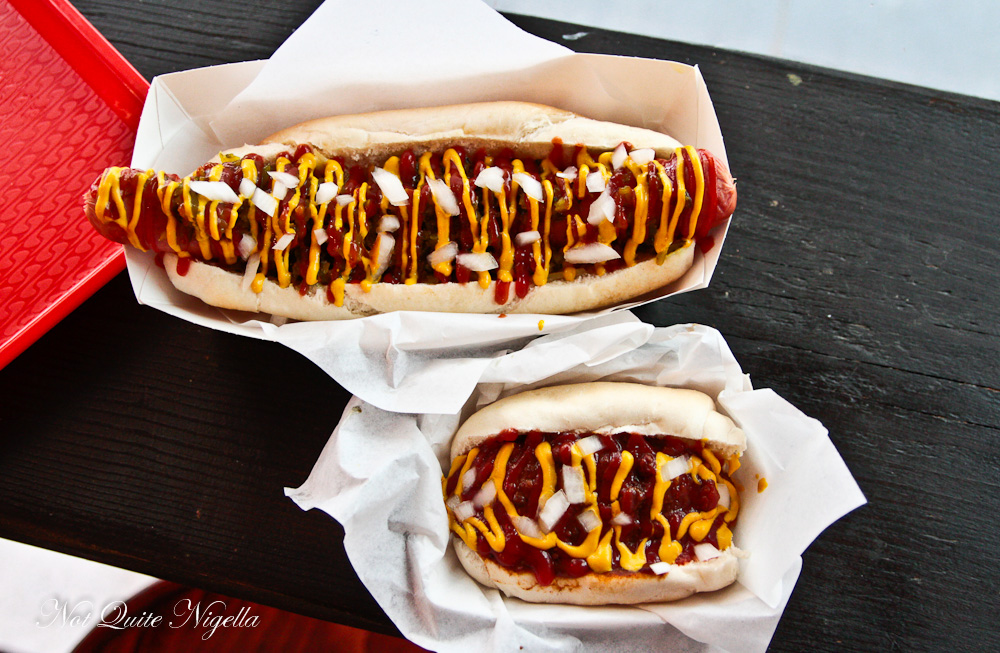 Our favourite hot dog is the "Pickle" and I promise it's not just because of the size! It's topped with what's described as a zesty pickle relish and that's how I'd describe it. It gives the juicy sausage a zesty contrast.

The chilli cheese wiener isn't bad but the beef and bean chilli tastes like mostly of bean which can be claggy on the palate. I think it was a good idea to have this as the smaller hot dog as the 12 inch might be too much unless you were cavernously hungry. 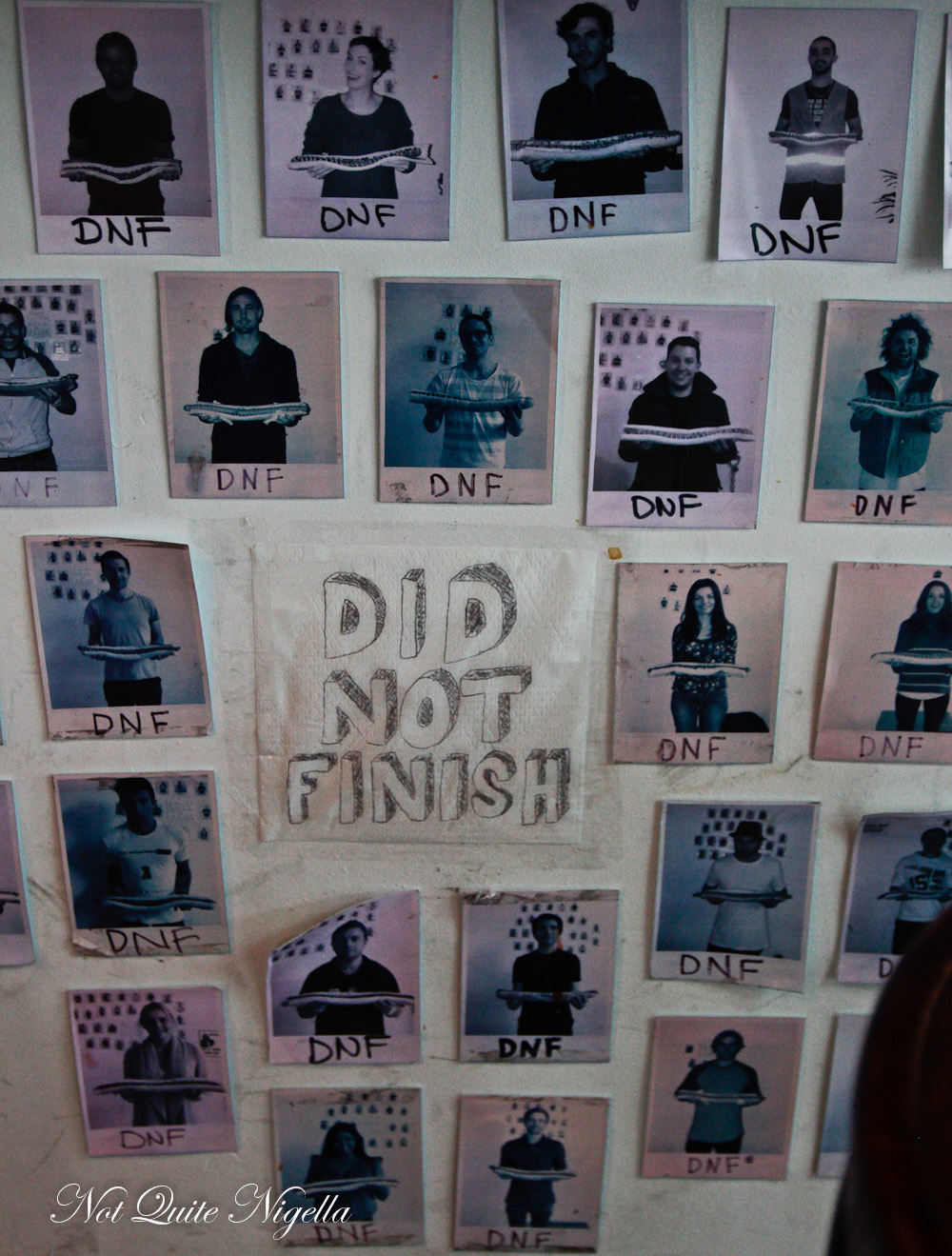 "I hate to share a wiener and go but my flight is leaving soon!" I say to Carly but alas, our quick date sharing wieners is over. I rush off to the airport knowing that it would be an awfully long story if I missed my flight and had to explain the wiener situation to Mr NQN...

So tell me Dear Reader, would you go for a 25 inch wiener challenge? And are you amused or turned off by the name?