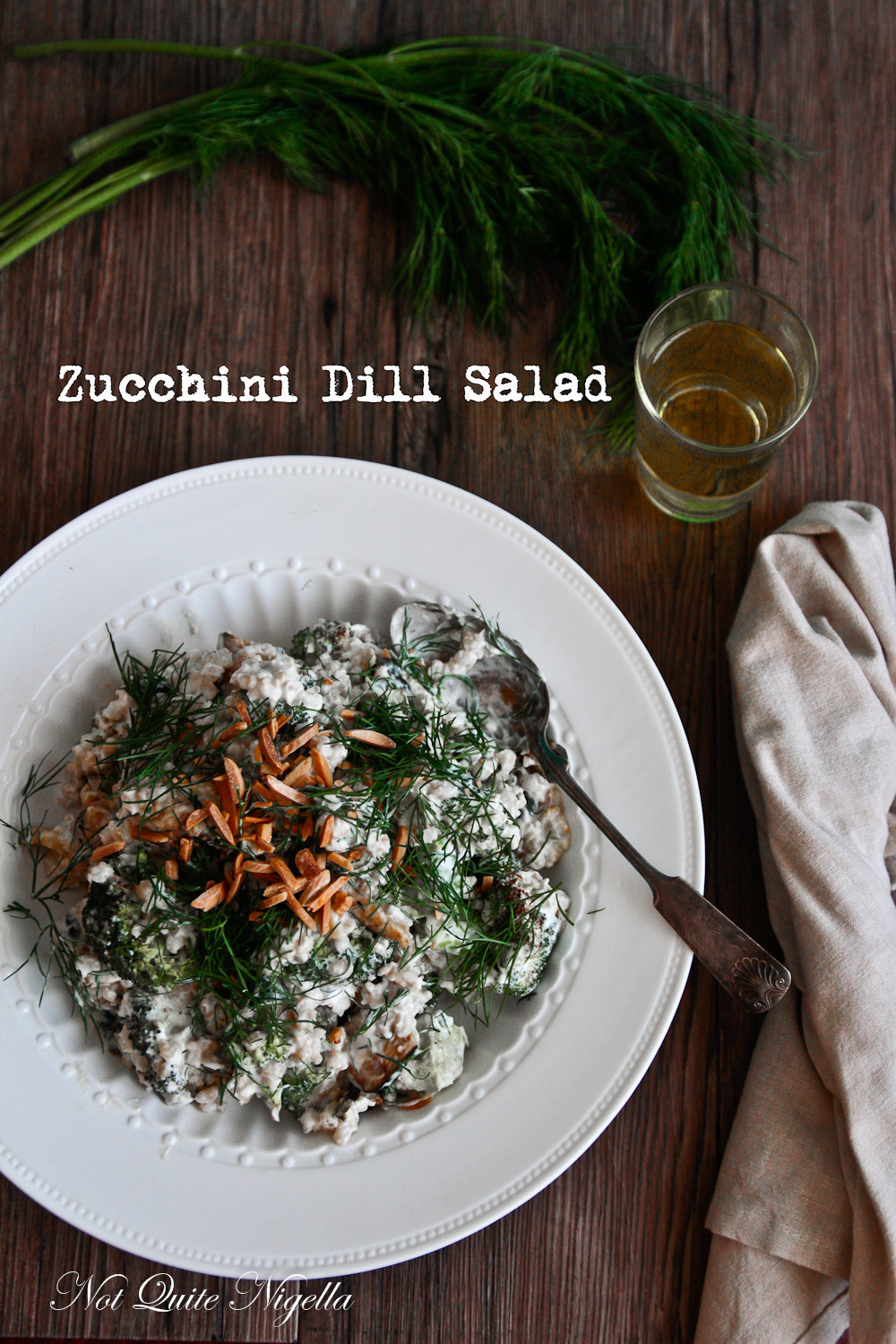 I've mentioned before that Mr NQN and I make an unlikely pair. And nowhere is this more apparent than with food. Show him a cake and his eyes will wander to the fruit salad and show me a cake and I'll dive right for it shoving the fruit aside in my haste.

Then there's the matter of meat. Having grown up as a vegetarian, Mr NQN quite likes it but he gets full very easily eating meat. I wonder if it's something that our stomachs get used to processing over the years because I know a lot of people that can eat a lot of meat, myself included. But present me with pasta and carbs and I'm full after a few bites.

However we're united about vegetable salads. And this Australia Day weekend which will hopefully (if the rain holds off) involve turning on a barbecue of some sort, we always make sure that there are lots of salads to go with the meat. 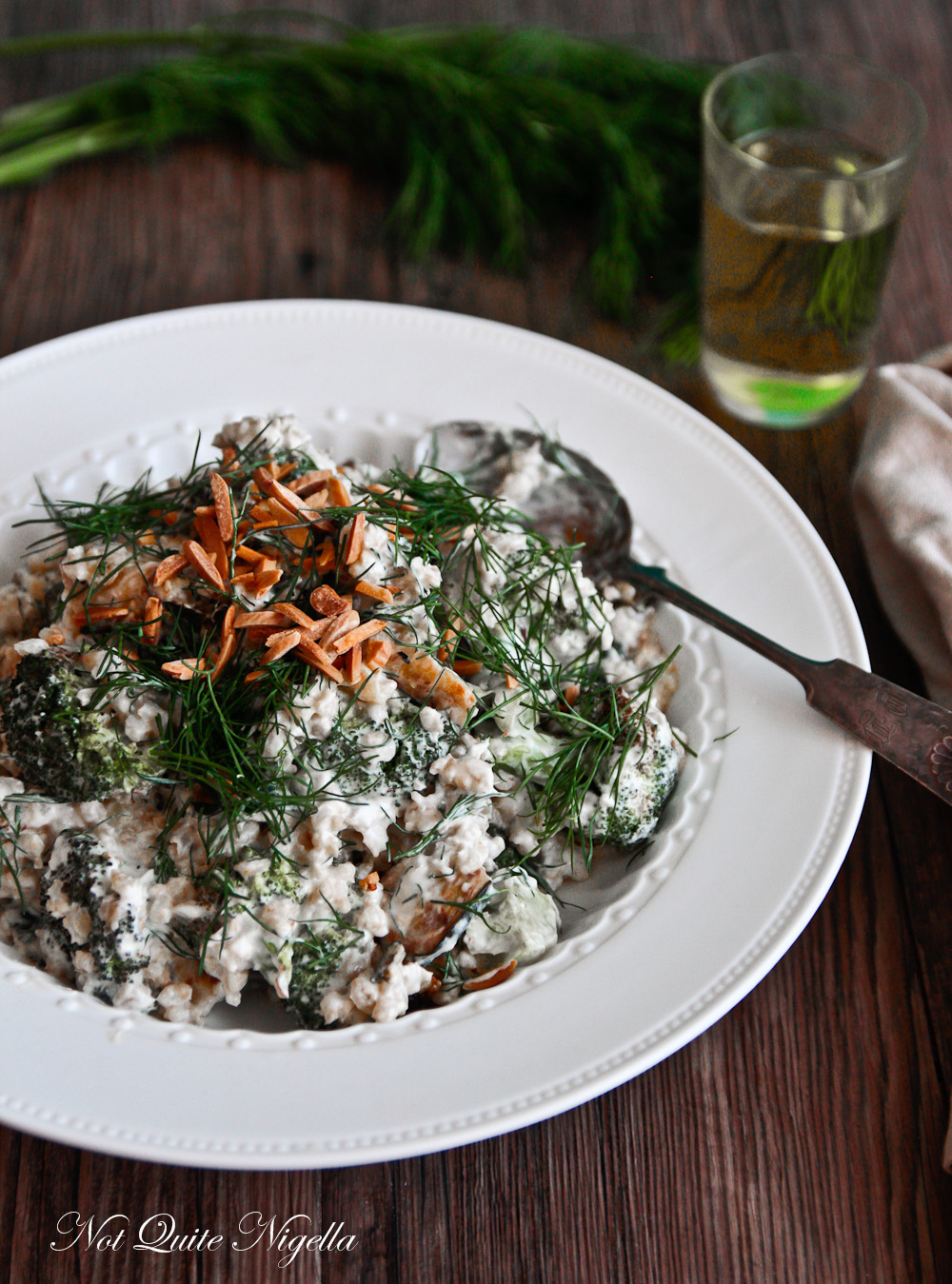 This salad is from my favourite vegetarian and salad cookbook "Community" by the fab Hetty McKinnon of Arthur Street Kitchen. Alas, the cookbook has sold out but they're reprinting it and it will be out in May this year. It's indispensable because every time I go to the market and they've got a great deal on a vegetable, I purchase lots of it and then turn to her book because she will often have a great recipe for that vegetable.

This one was no exception and a bonus to this salad is that it can all be done with relative ease. Better still, if the barbecue is on, you can boil the pearl barley on the stovetop and whip the feta while someone barbecues the zucchini for you. After that it's mixing it all together to make a salad that is definitely more than a delicious sum of its parts.

So tell me Dear Reader, what food fills you up quickly? And fellow Australians, what are you eating this Australia Day?

Adapted from Community by Hetty McKinnon 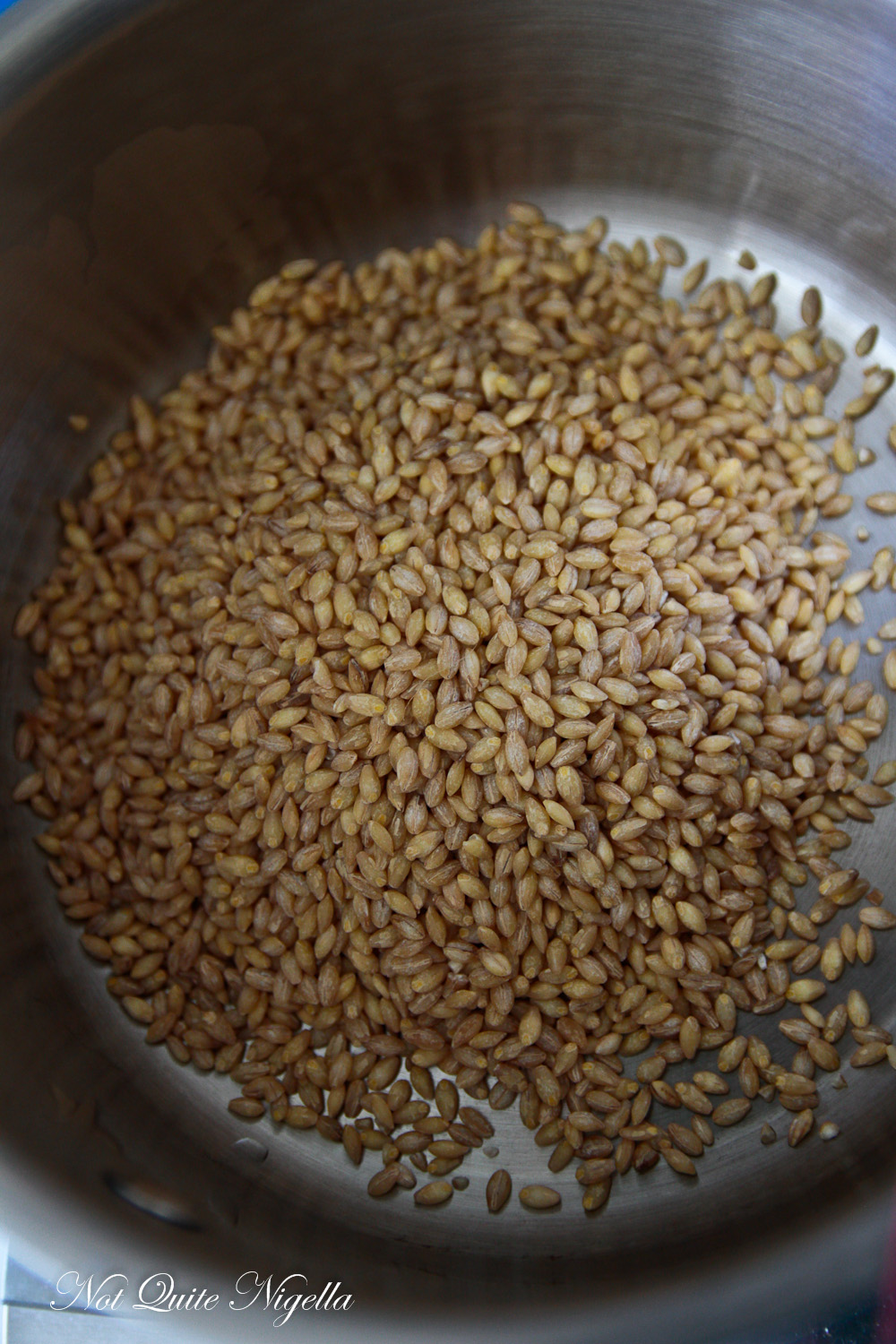 Step 1 - Place a large pot of salted water to boil and add the pearl barley. Bring to a boil and simmer for 25-30 minutes until swollen but still with a chewiness to it. Drain and rinse in cold water and set aside. 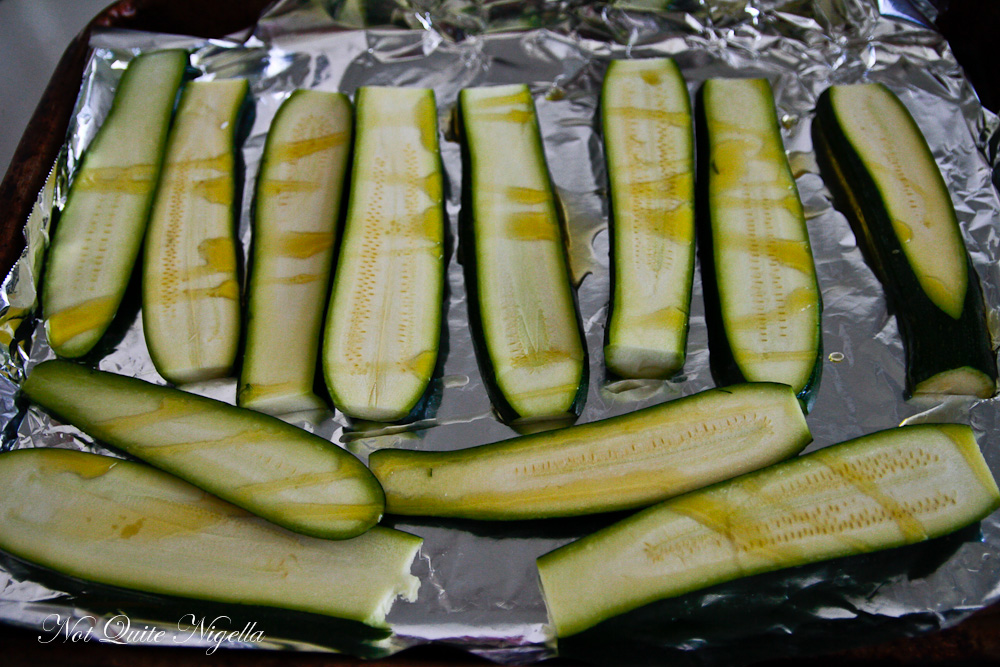 Step 3 - Make the whipped feta by placing the feta, lemon juice and garlic in a food processor until smooth. Add the oil and water in a thin stream until it becomes a creamy consistency like natural yogurt.

Step 4- In a large bowl combine the grilled zucchini, pearl barley, whipped feta, dill and almonds. Season with salt and pepper to taste (you may not need as much salt because of the feta).