A Fig, Feta & Pomegranate Salad for One {Made in 5 Minutes!} 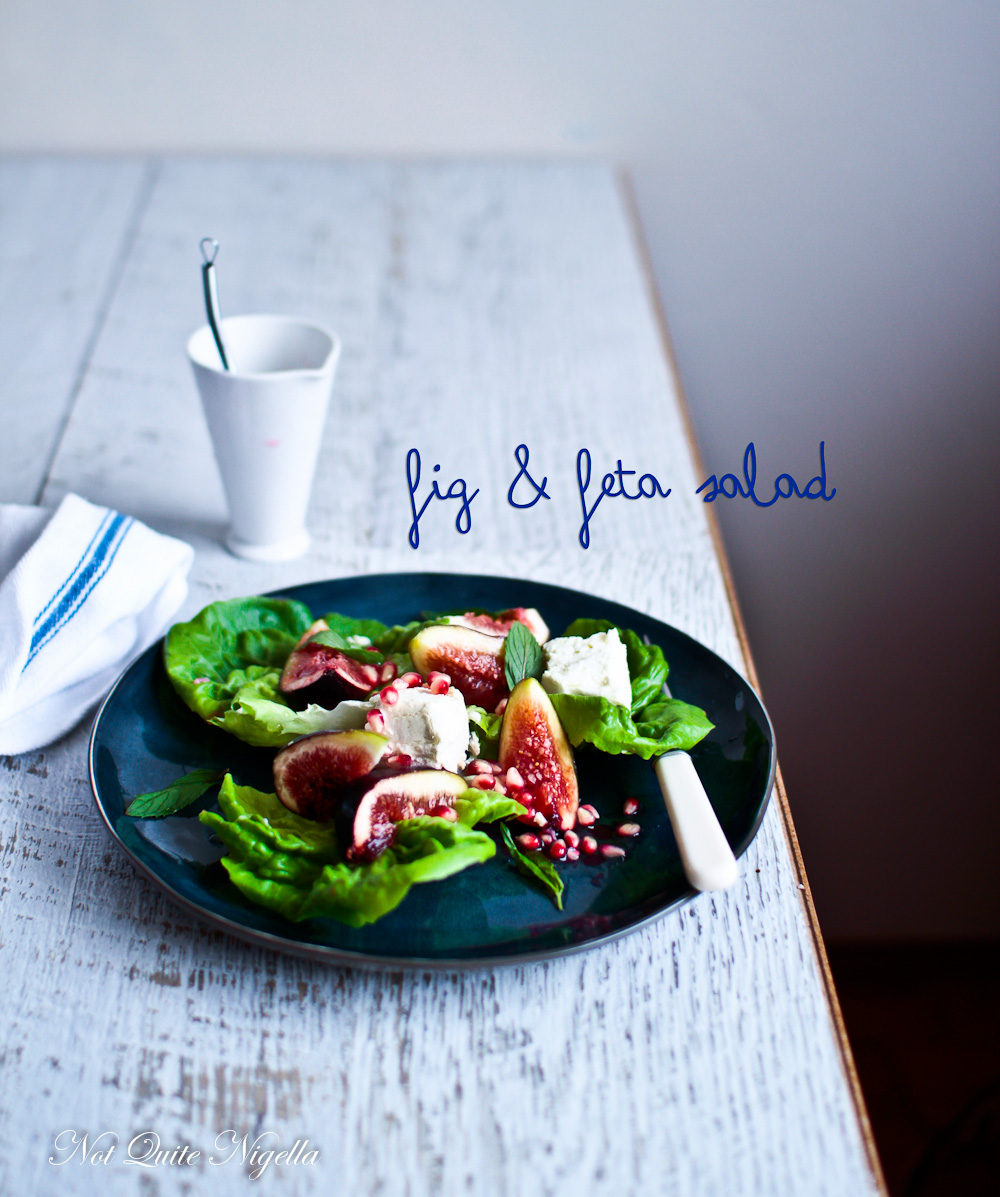 This fig, feta and pomegranate salad is truly a five minute wonder. Early Autumn holds treasures from the garden. Late summer early autumn figs are at their plumpest and fattest and it is also the start of pomegranate season in Australia. So with these two ingredients as a base you can conjure up a delicious salad in five minutes.

I wish I could tell you that the fig is from our tree, it isn't but Scheherazade our fig tree has produced two beautiful figs already. The pomegranate was gifted to me by a lovely Dear Reader Emelia, freshly picked from a tree at Pialligo Estate last weekend. This is one of those salads for people that say that cooking for one is time consuming and boring. It's rewardingly simple yet delicious and nobody would ever think that you made it in just five minutes. Sure, some thing are worth slaving over but if you want something nutritious, seasonal and good for you, then this is it. I cannot overstate how scrumptiously easy this salad is.

Speaking of things that are time consuming. Dear Reader, I wish I could be typing an email that started with "Today my puppy..." but alas this is not to be. I don't know if you remember but a while back Mr NQN and I decided to get a dog. A pomeranian because we have a small apartment by some miracle I am not allergic to them whereas I am with so many other types of dogs. We asked for the body corporate for permission and the buffoon that runs it denied us in a lengthy and dramatic response. Their objection was that the dog would bark when people would walk past our door and that was apparently going to disturb everyone's enjoyment (whereas the saxaphone player upstairs that I'm sure plays a broken saxaphone for hours doesn't). And then everyone else would want a dog. Because catastrophising is just part of his job. 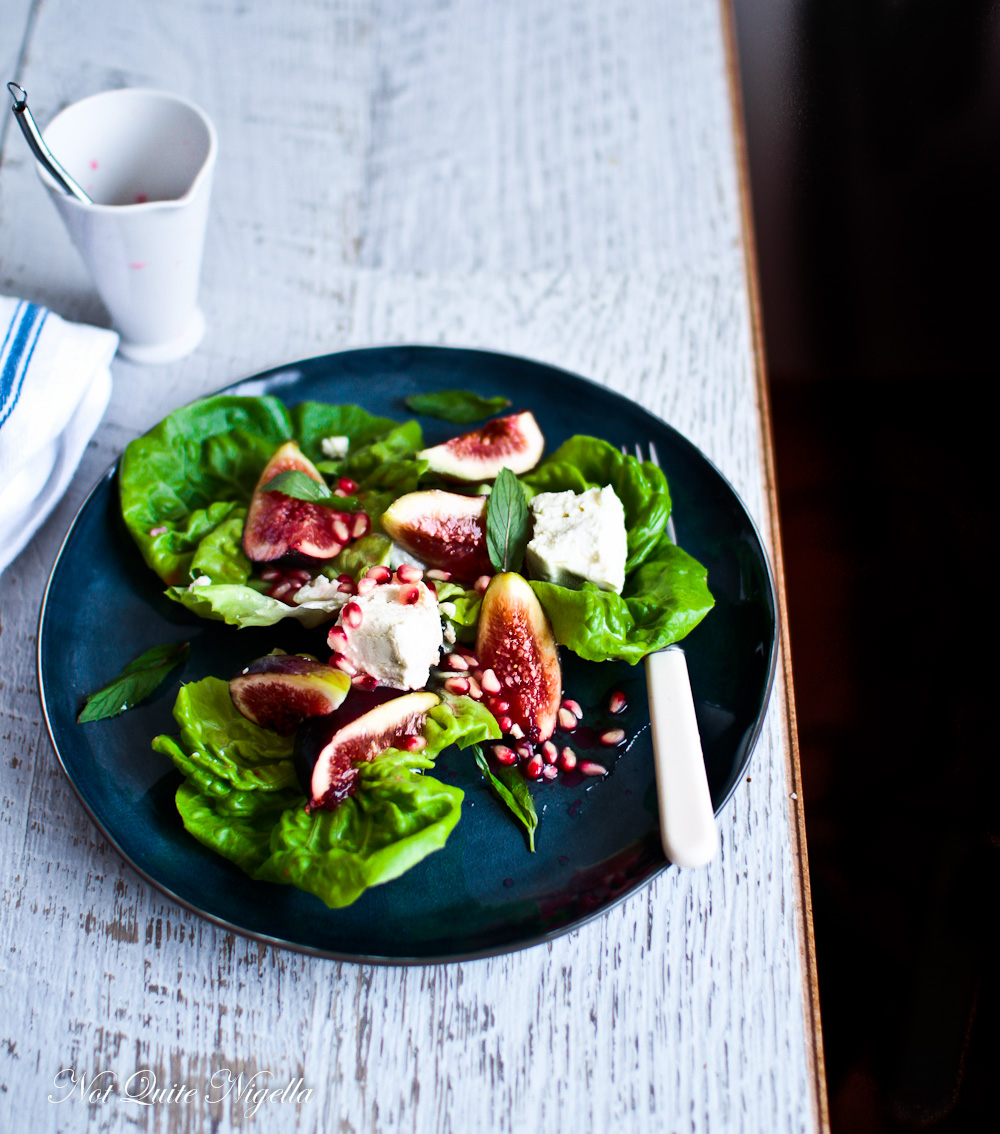 We will take it to arbitration but that takes time. And in the meantime I go crazy over every pom that I see. I was even at the airport queuing for some food the other day when I saw a woman with what I thought was a pomerarian in a carryall. It turns out that she just had a very fluffy and enormous pom pom dangling from her bag. It was a tad embarrassing when I went all googly eyed over her handbag only to come closer and see that I was cooing at an attachment on her bag. I was so disappointed that I didn't even explain that I thought it was a dog and just left her thinking I was a halfwit that has a sudden 10 seconds of interest in her bag.

At least I had this salad no?

So tell me Dear Reader, do you find that making food for one boring? What is your fastest to make meal and how long does it take?

Fig, Feta & Pomegranate Salad for One 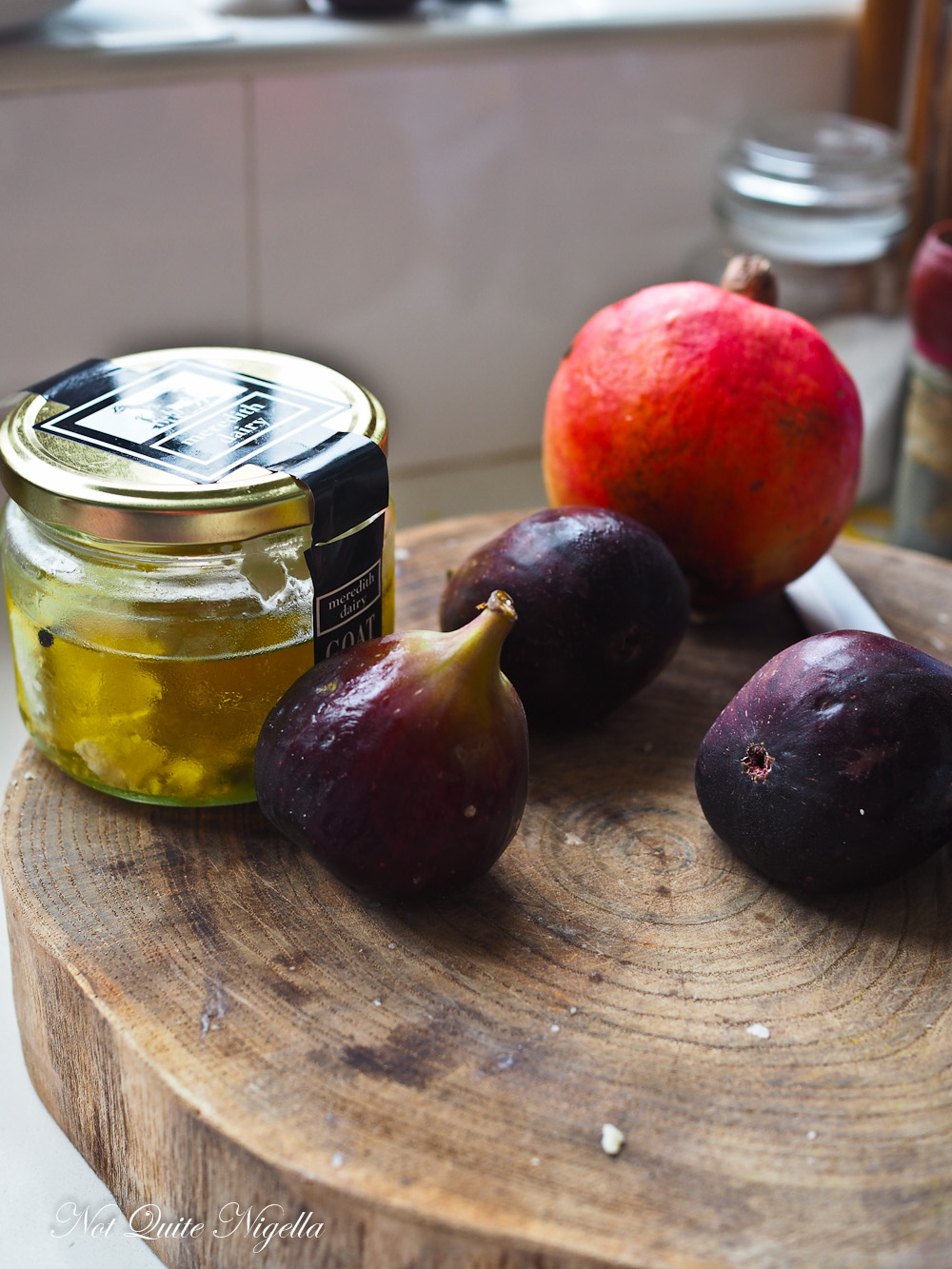 Step 1 - Lay the lettuce leaves on a plate. Top with the fig quarters and about 2 tablespoons of pomegranate seeds. Squeeze the remaining pomegranate into the oil and whisk the olive oil and pomegranate juice together. Pour over the salad. Scatter a little salt and the mint leaves and serve.