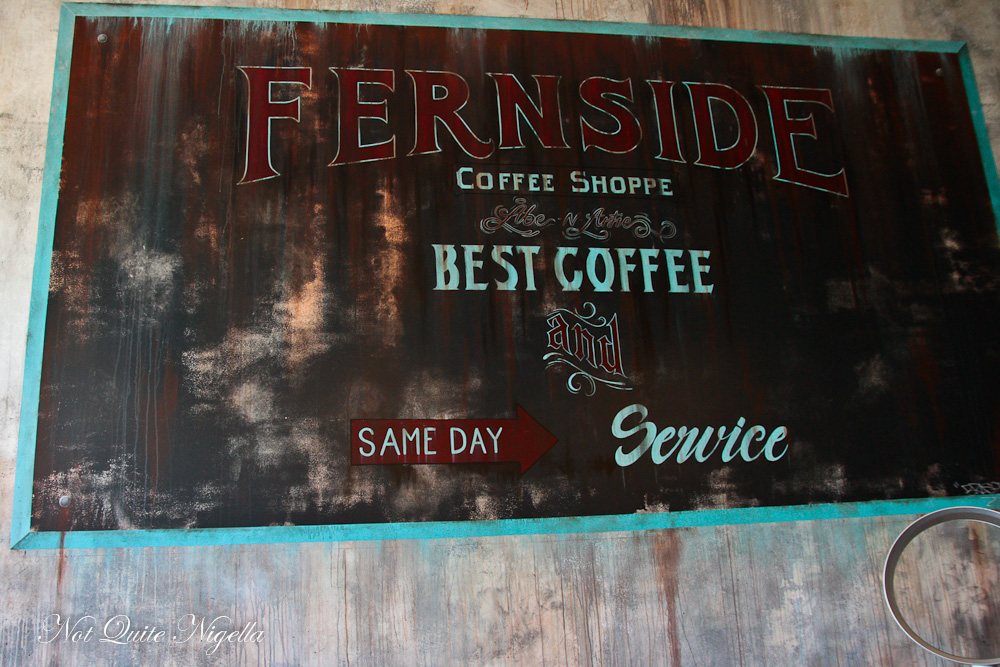 I have a tendency to think the best of things. So much so that Queen Viv calls me Pollyanna. But I hope that where I may lack street smarts, my friends have them. Case in point was when Amanda and I were dining at Fernside Coffee Shoppe, a lovely cafe on Crown Street, that she noticed a woman with her bag next to mine. She spoke on her mobile phone, stretched her hand out and almost touched my bag. Amanda alerted me to that and suggested that I put my bag on the floor next to me. I did so, hooking the strap with my foot. A few minutes later I feel a tug at my foot as her foot tries to slide the bag away from me. Startled, we confront her and she flees. 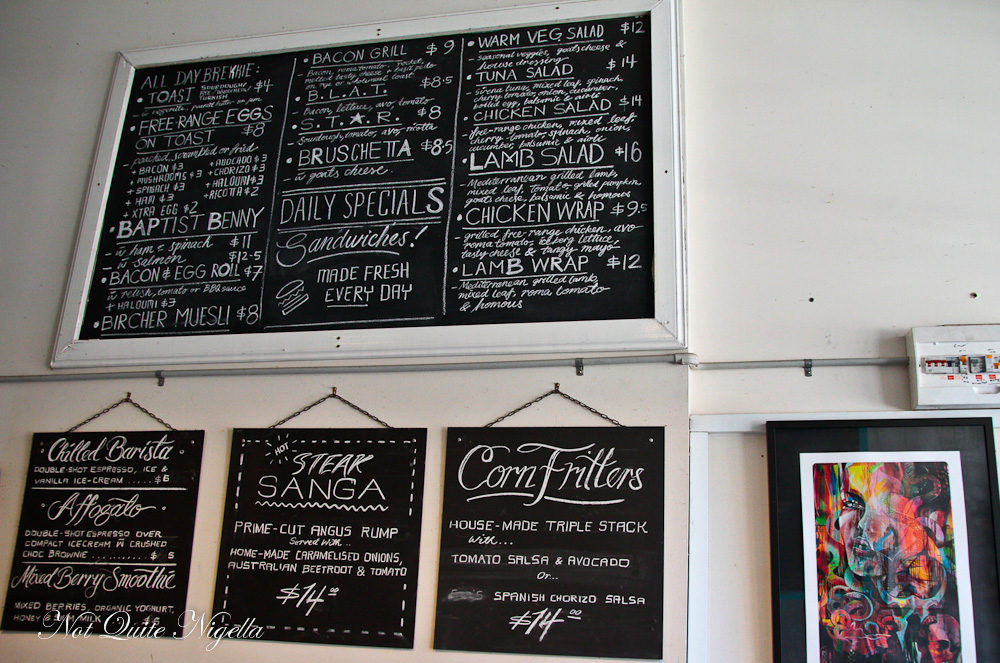 The staff at Fernside were quick to act and of course and I'm sure most people dine there without incident. Straight away they flagged down the police and searched the nearby mall for her but she was gone. So it's after a little dose of drama that Amanda and I resume our lunch. 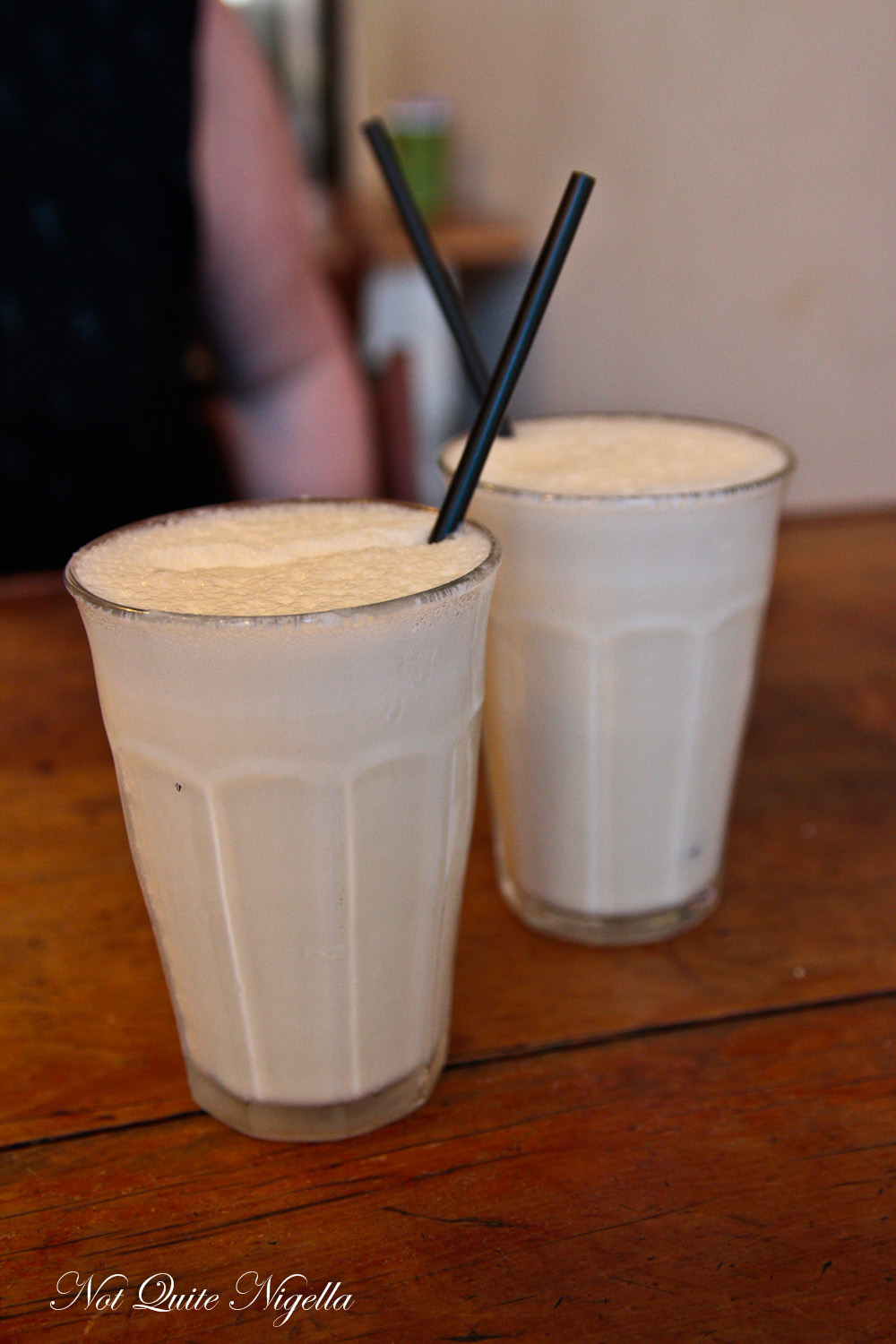 We turn our attention to the food and drink. First we order a salted caramel shake which is sweet but also quite salty indeed - a bit too salty truth be told. The banana milkshake had a nice touch of cinnamon to it and was perfectly naturally sweet. 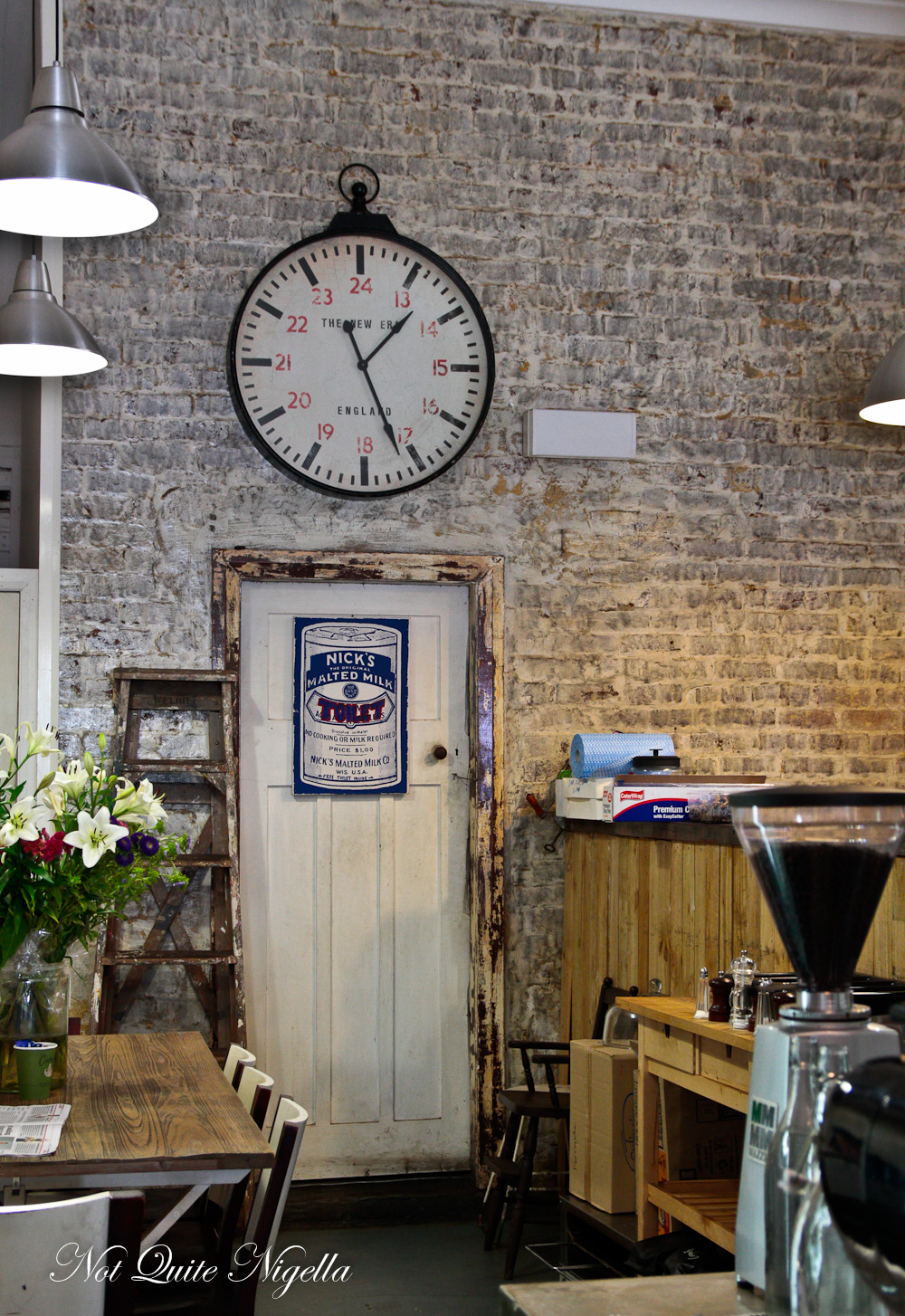 The decor at Fernside is charmingly mismatched and features art work for sale and a comely display of both house made cakes and sweets. They also stock the delicious Oregano bakery cinnamon scrolls. We watch as the chef brings out a bannoffee pie and earmark that for later. Things take a little time to cook and I watch the clock as we both have to dash in about an hour. 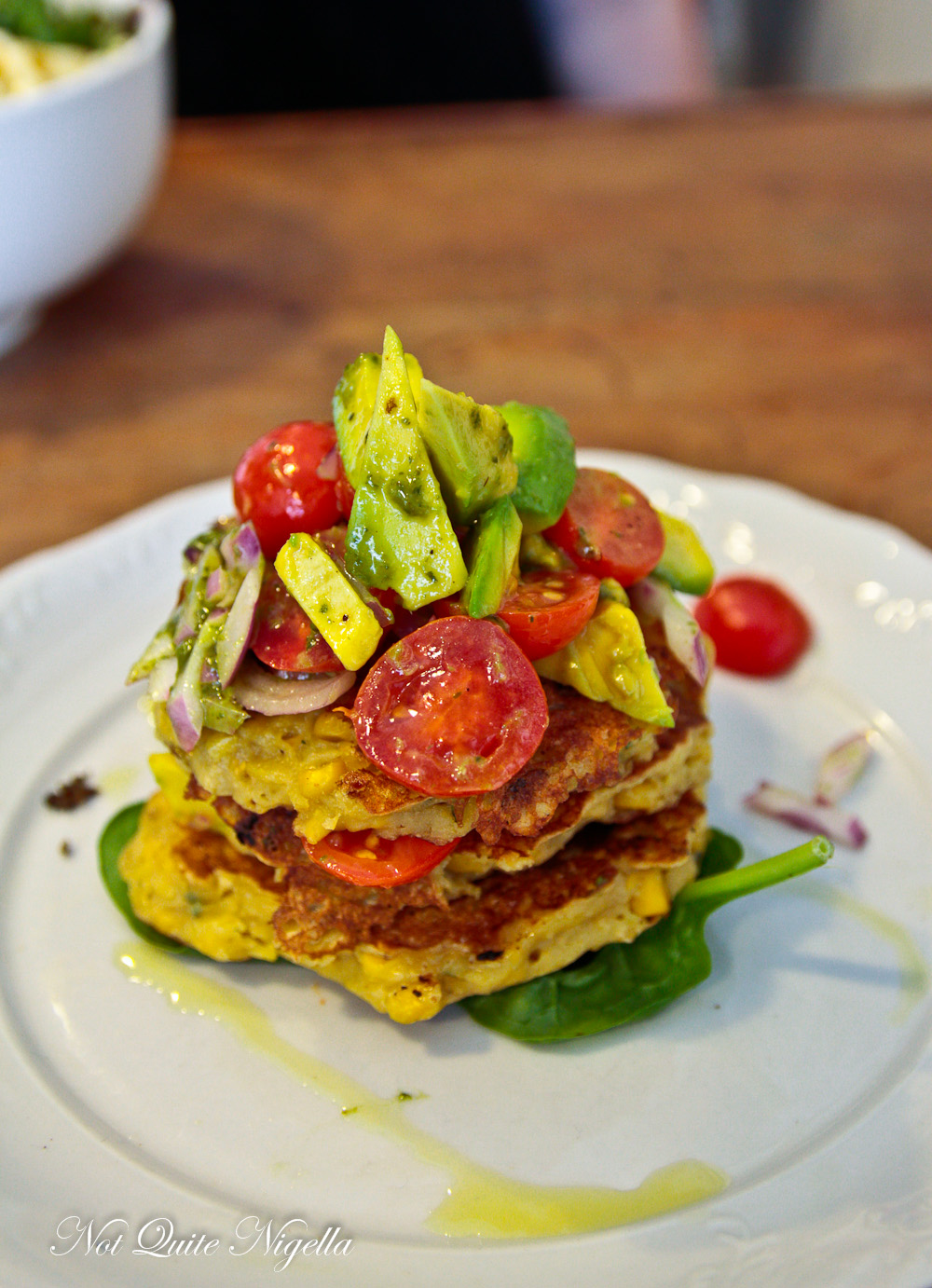 The corn fritters come out as a pretty stack of three with an avocado and tomato mix on top. There is also the choice to have it with a chorizo and white bean mix too and we try a little of this but prefer the creamy softness of the avocado and summery freshness of the tomatoes. The corn fritters are very good with a decent amount of corn in them and there's plenty of flavour in this dish. 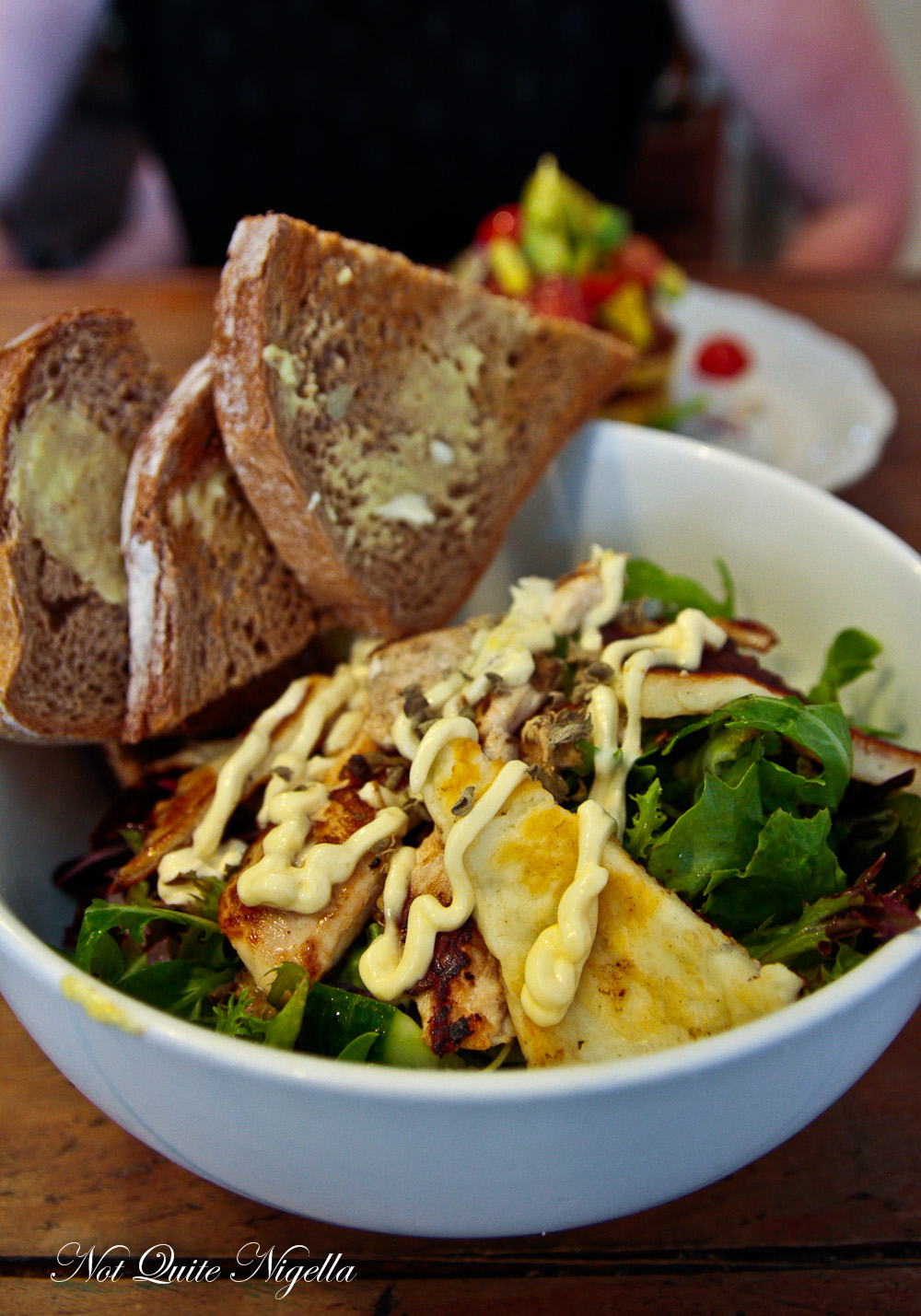 I think that if you put halloumi in almost anything, I'll order it. And with the hot weather outside, Amanda and I both loved the idea of a salad. It arrives and it is enormous with two buttered slices of bread and a mixed leaf salad. It's topped with pieces of pan fried halloumi and chicken breast. 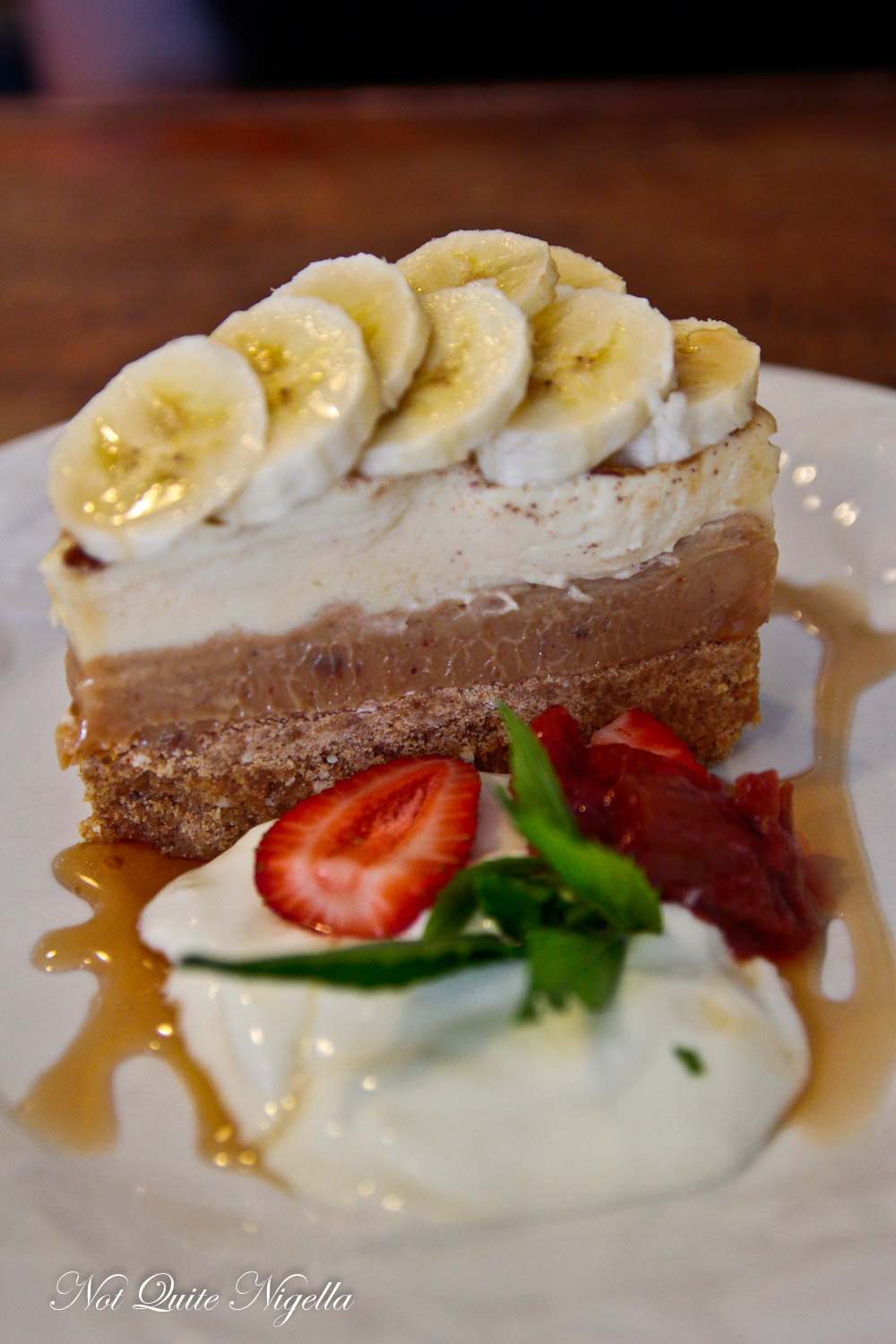 "Should we maybe split a dessert?" I ask Amanda. This is after we both said how full we were but of course a potential scare like the one earlier will tend to make one want to burrow oneself in the gooey goodness of bannoffee pie. This version is almost equal quantities crust, thick, creamy caramel and whipped cream with a sprinkling of cinnamon and a layer of fresh banana slices. It's indulgently good and worth the calories. Amanda asks for the rest to be packed up as it shouldn't go to waste. Our hour is up so making sure I hold on my bag tight we leave looking out for our "friend" outside.

So tell me Dear Reader, have you ever been pickpocketed or had your bag stolen? 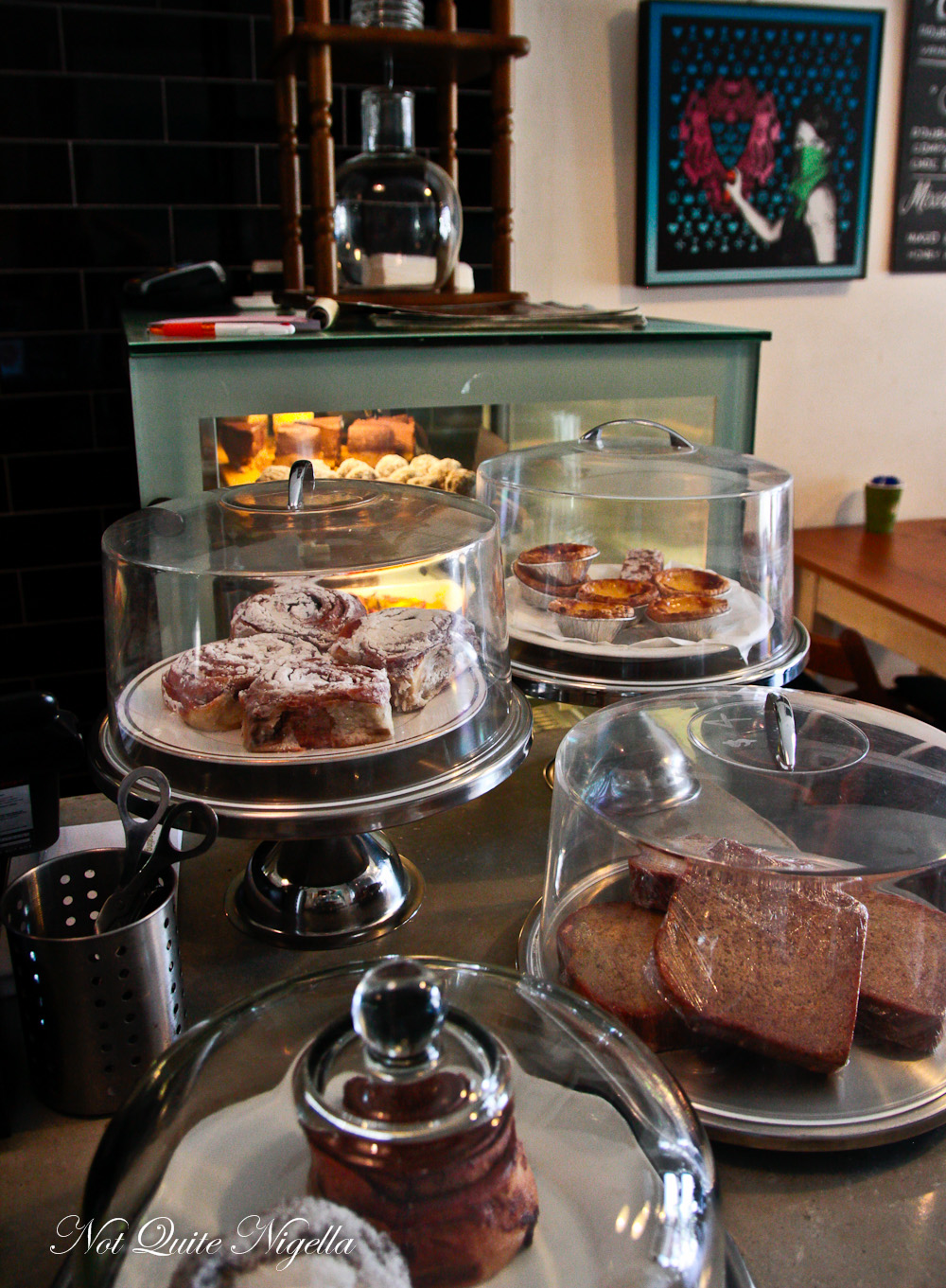