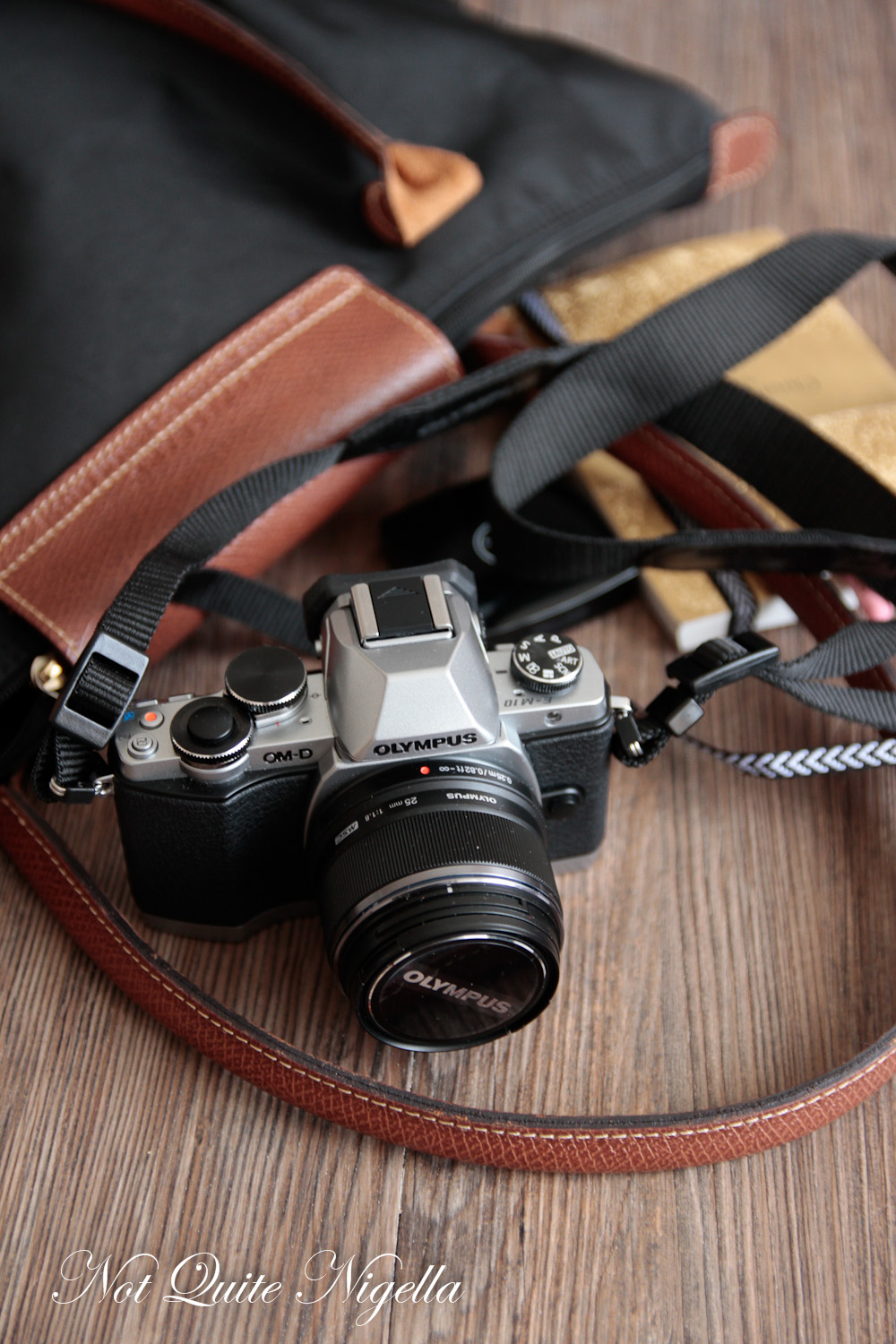 The concept of photographing a meal in a restaurant used to be a strange one. I say used to be as more often people nowadays whip out a mobile phone so that they can share the image on social media channels. Even in a tourist friendly city like Sydney, tourists will often take out DSLRs to capture memories of a meal eaten.

People often underestimate how tricky it is to take good photos while eating out. In a studio, lighting is controlled and it can take hours to get the perfect shot. Not so in a restaurant where an image is snapped quickly. A good example of how they can go bad is Martha Stewart's twitter feed. Even so, there are some ways in which you can make photographing your meal less conspicuous and here are some tips that I've learned over the years. 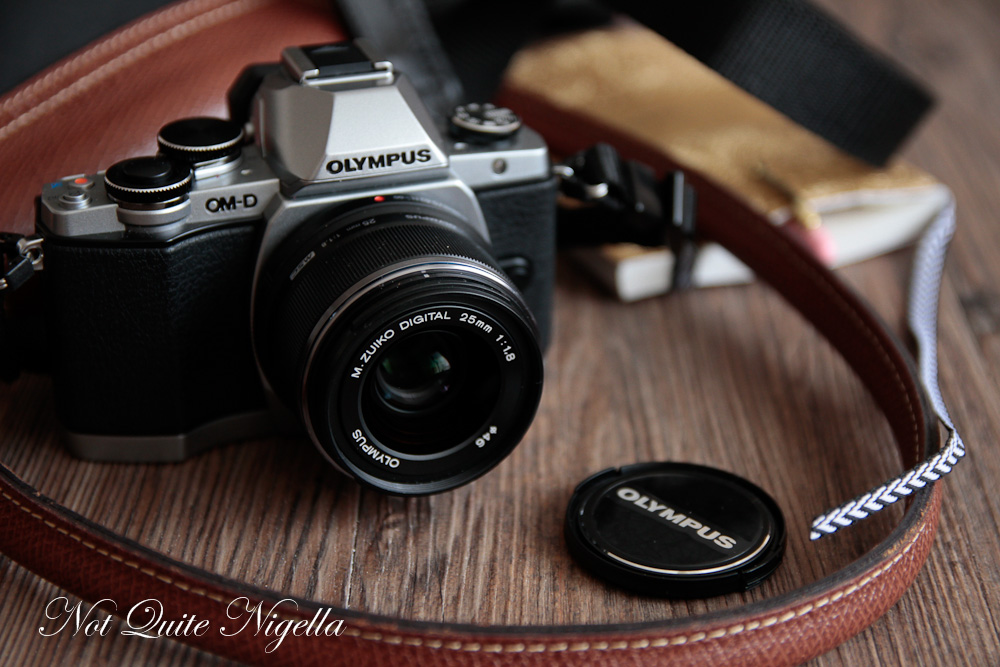 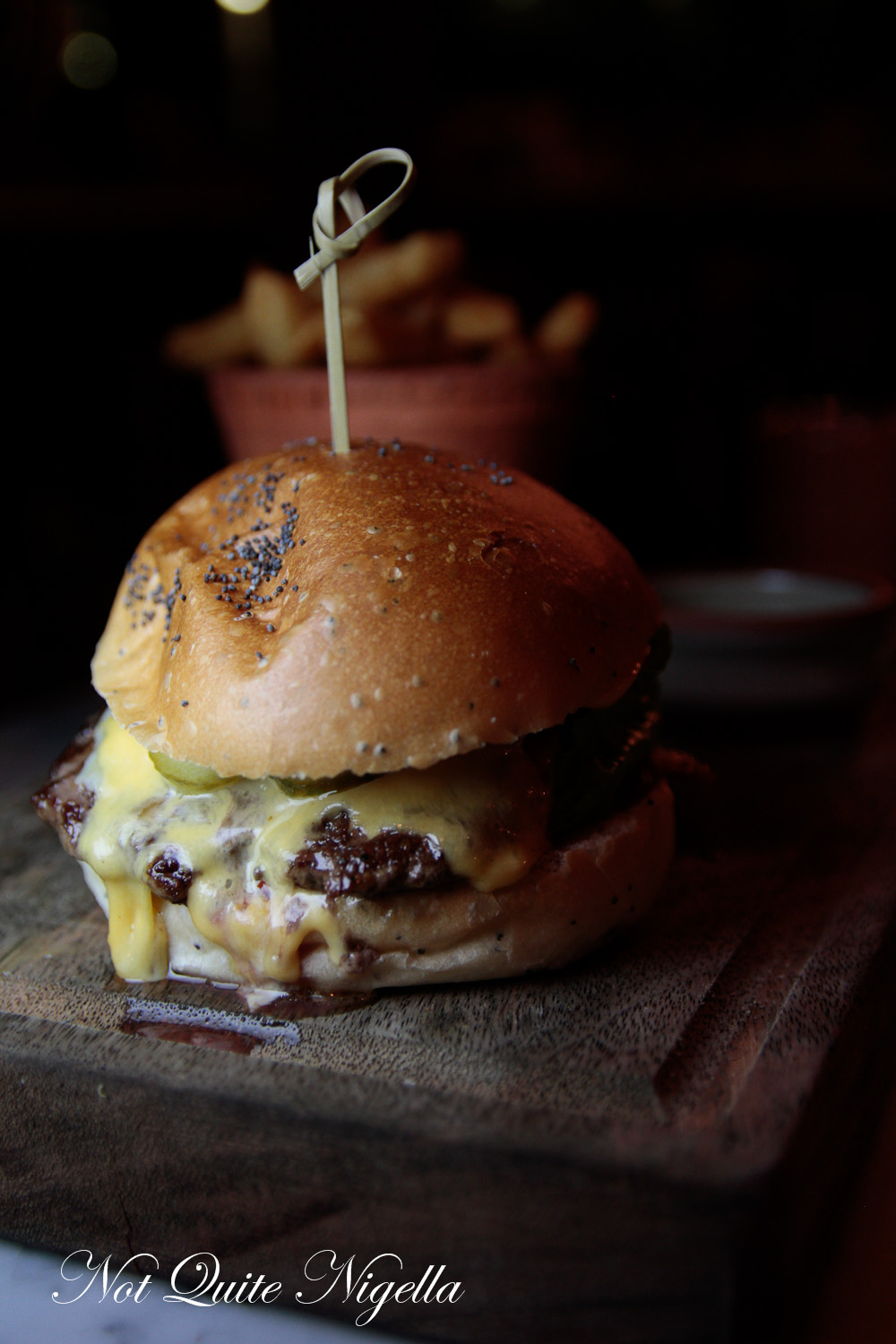 Using an external light source from a tablet

From time to time I'm sent things to review. Recently I was sent the newest Compact System Camera by Olympus called the OM-D E-M10 designed in a retro style. It is said to have all of the features of a DSLR in a similar or even higher price range without the weight or the size. It's small and less intimidating than a full sized DSLR. It is also priced from $799 which makes it more economical than most DSLRs. 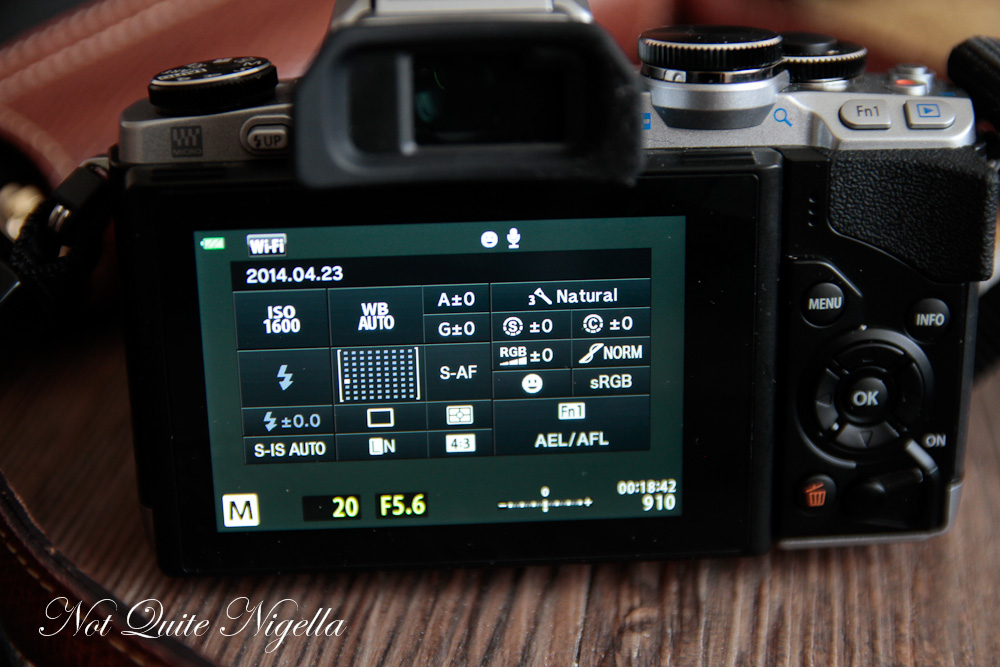 There were two features that I was most intrigued about for blogging reasons. The ISO goes up to 25,600 compared to high level DSLRs that go up to 6,400. The ISO helps to counter dark lighting and allows you to take photos without having to use the dreaded flash. 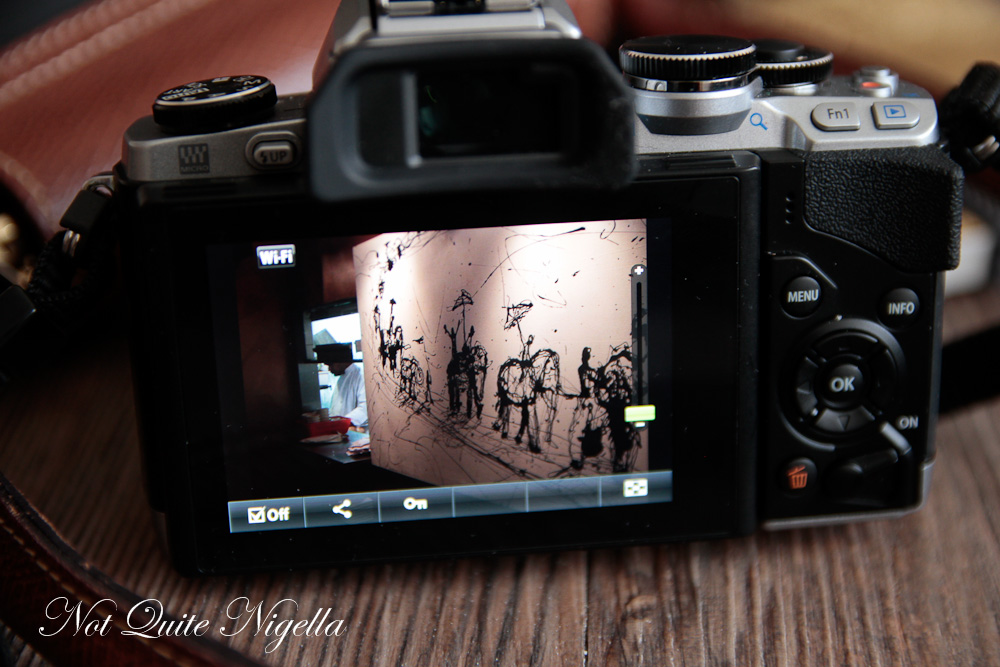 The second feature of the E-M10 is the camera's in-built Wifi that combined with Olympus's OI.Share App allows all photos to be sent wirelessly to your phone so that you can share it via instagram, facebook or twitter. I would imagine that this would help in dark lighting situations that smartphones don't handle very well. You can use your phone to take the image remotely once it is connected. This feature is perhaps in response to consumer demand and to think that only a few years ago Instragram didnt' exist and now Instagrammers with huge followings can make a living out of it. There are also numerous in built Art Filters on the camera so that you can add your own filters before uploading them or sending them.

So with Mr NQN holding the regular and heavy DSLR we both set out to look for restaurants that might challenge the camera. And for food bloggers, that's the dark and moodily lit restaurant. Here is a shot using the big Canon7D in a bar on top at ISO1600 and the little Olympus OMD E-M10 below also taken at ISO1600. 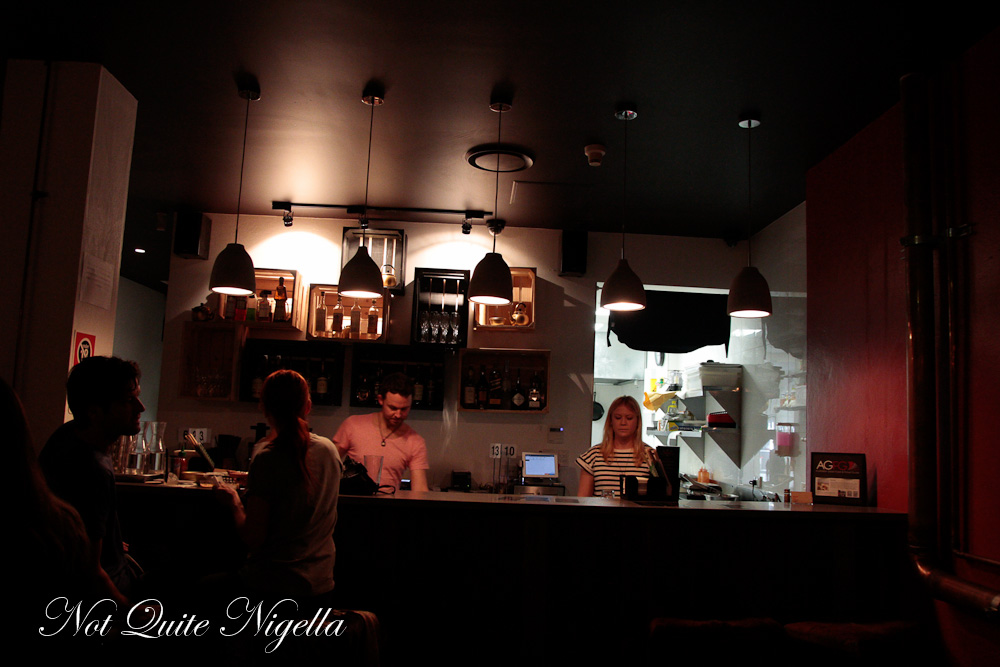 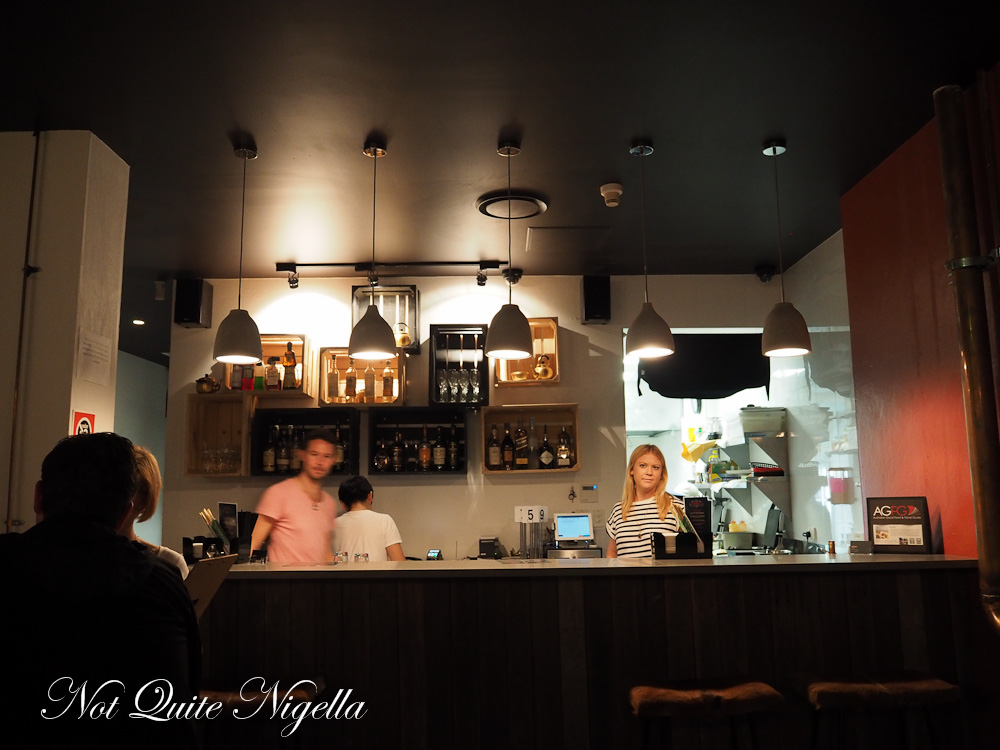 We visited plenty of dark restaurants and bars as there are no shortage of them in Sydney but the biggest challenge lighting wise was at Indian restaurant Malabar. Dark and moodily lit, we gave the camera a good try out. The following two images were taken on the E-M10 without any additional light in a dark restaurant: 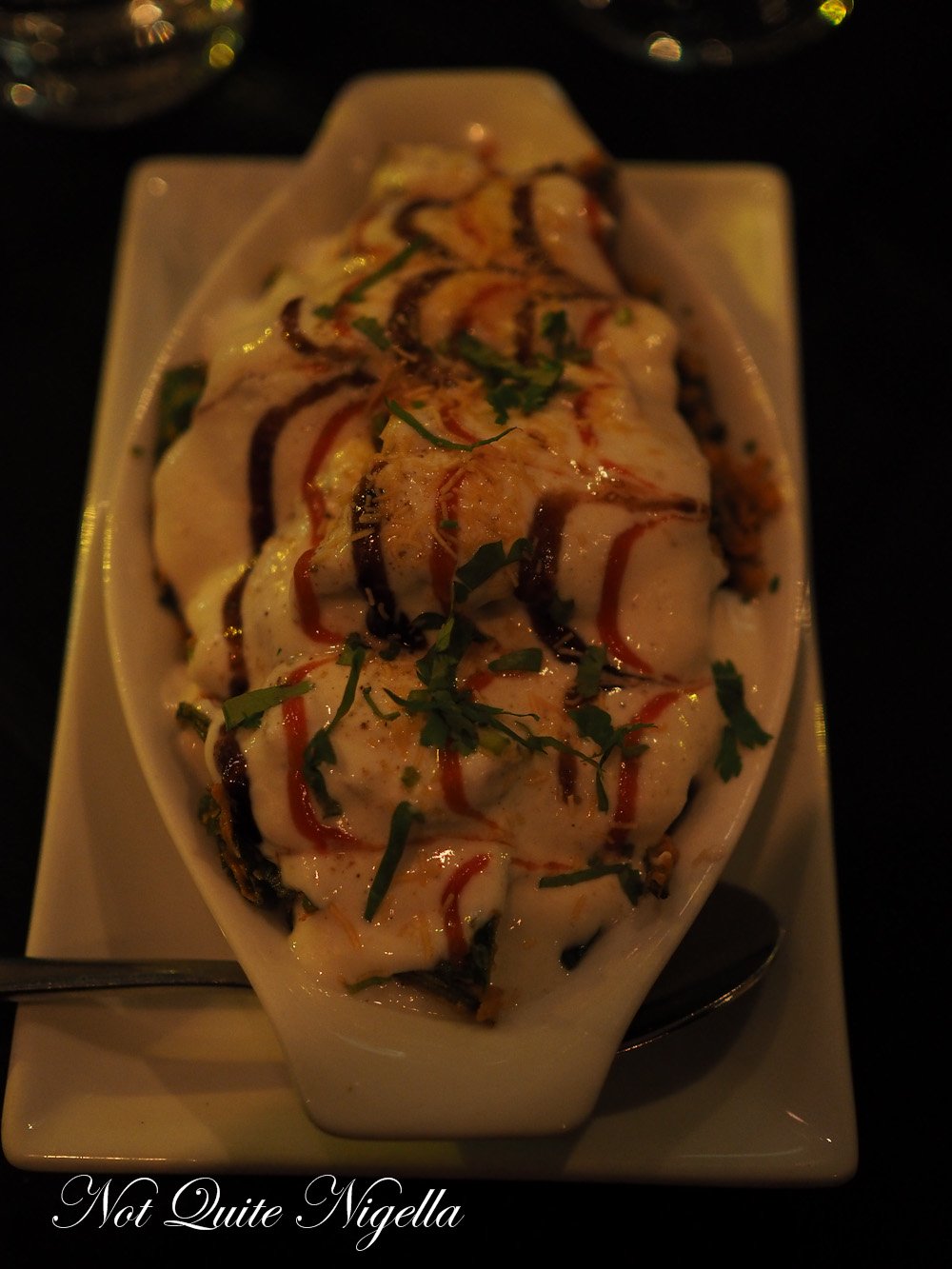 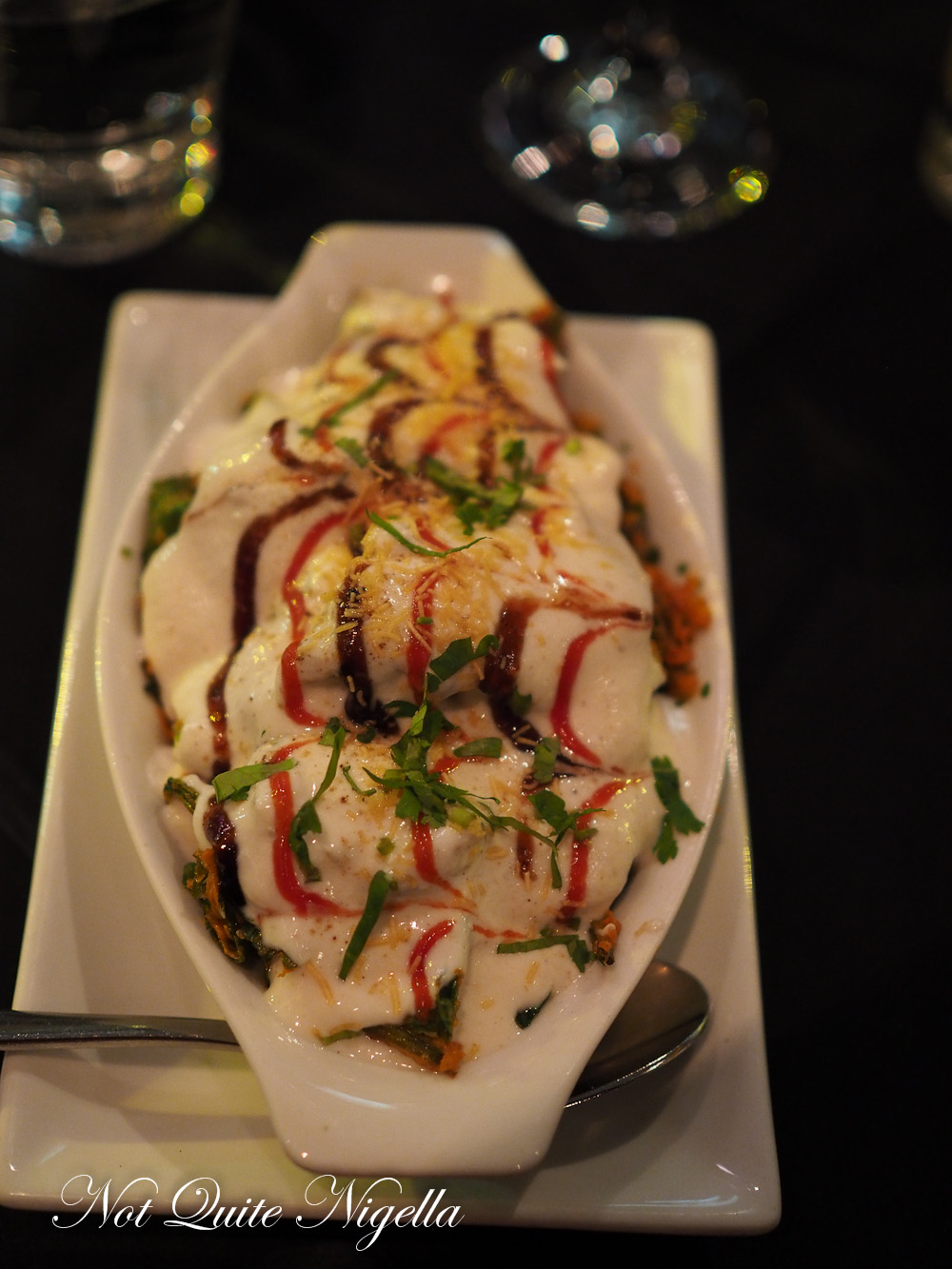 There were very few if any blurry images and for darker curries and foods which are harder to photograph, they turned out very well. And what we liked was that the camera was less conspicuous and yet took fast, clear shots. 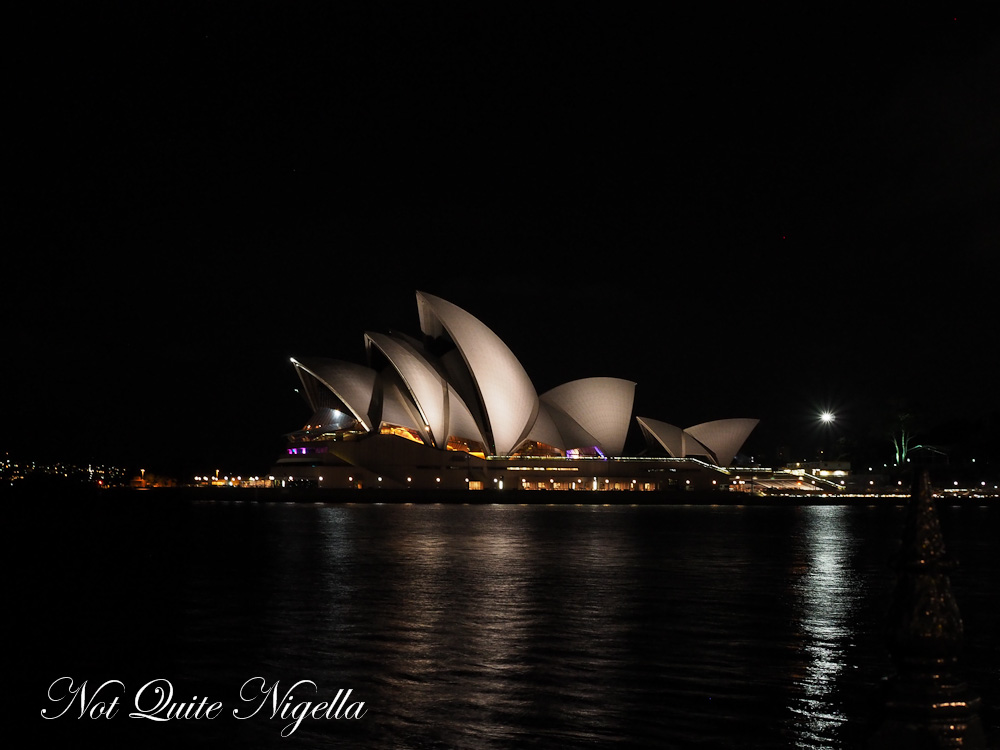 We then took the camera out at night for some "Sydney at midnight" images. Often, there was more light seen in the images than what we could see with our own eyes. We tried to keep the ISO as low as possible settling on 1600 because the higher the ISO, the grainier the image but it is handy to have when the difference lies between getting the shot and not getting anything at all. 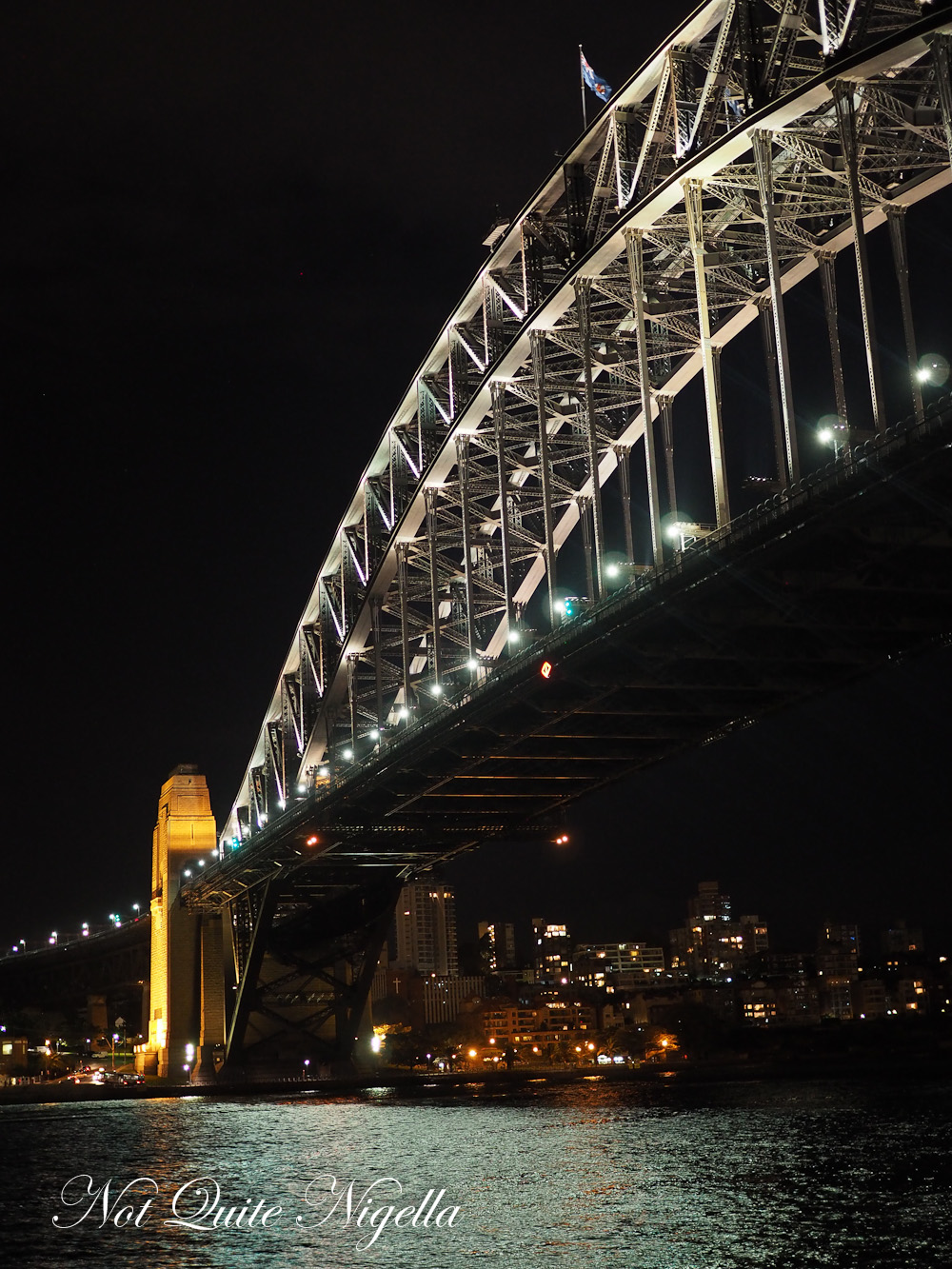 So after lots of antics playing with the new camera, that brings me to the final, fun part. The competition! Olympus is holding a competition where 10 Not Quite Nigella readers can win a place at a lunch and photography workshop on Monday May 26th, 2014! In the workshop I'll be showing readers how to style food for recipe blogging and sharing all my little tips and tricks. The three course lunch and workshop will be held at Otto Ristorante in Woolloomooloo from 12noon to 3pm! To enter, all you have to do is tell me what your favourite subject for photography is and why! And do you take pics of your food?

The competition ends at midnight, the 18th of May, 2014! Simply add your answer as a comment to the story. You can enter this competition once daily and it is open to anyone within Australia but transport to and from the event is not included.

restaurantThe Secrets Behind Restaurant Design. How A Restaurant's Design Can Make You Stay Longer And Spend More
recipeDefamation, Copyright and Blogging in Australia
restaurantThe Henson, Marrickville
featureAnthony Bourdain, A Tribute
featureSix Lunches, Six People: What Do You Eat For Lunch?
featureHow Much Food Is Wasted? Behind The Scenes of Food Bank!
featureA Taste of Gaza And Reading Between The Soup With Laila El-Haddad
featureLook at what the Postman brought me...
recipeWhat Stories Did You Like in 2013?
featureRescuing Food: A Day With OzHarvest!