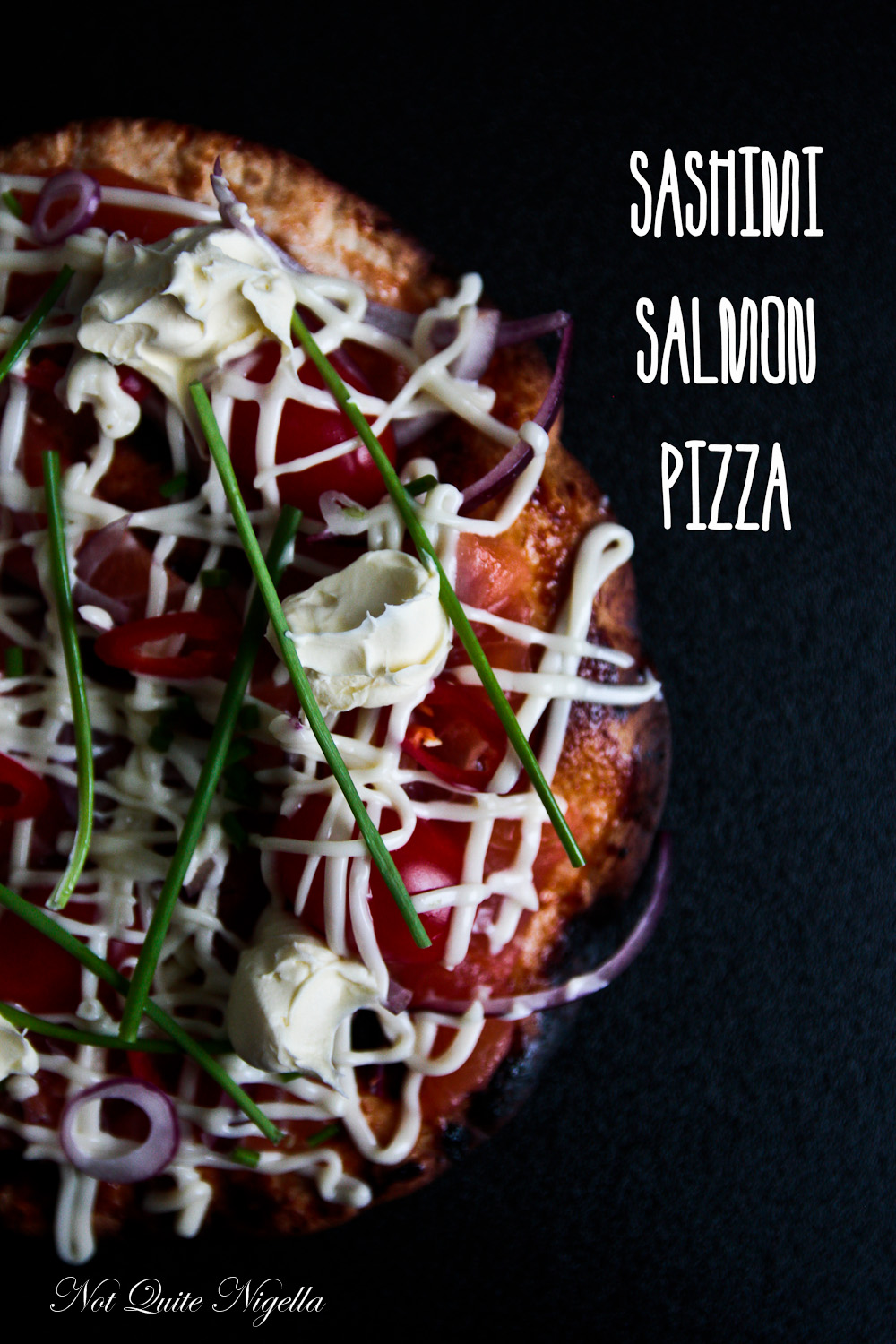 I was talking to someone about the internet the other day and we both agreed that there are certain things that rule the internet.

"Cats are popular," he offered.

"And pug dogs," I countered.

"And bacon!" we both said at the same time.

I happen to love all three things so I'm often like a lemming sharing anything with any of these web favourites. But sometimes something else may surprise me with its popularity. Take this sashimi pizza. I instagrammed a picture of my dinner at a restaurant in Waikiki at a restaurant called Morimoto's. The item in question was an absolutely delectable tuna sashimi pizza and I decided after the first bite that I simply had to make it at home. I was pleasantly surprised was that other people also loved the idea of it and wanted to make it. One reader told me that it was very doable and that there was a recipe on the internet for it already. 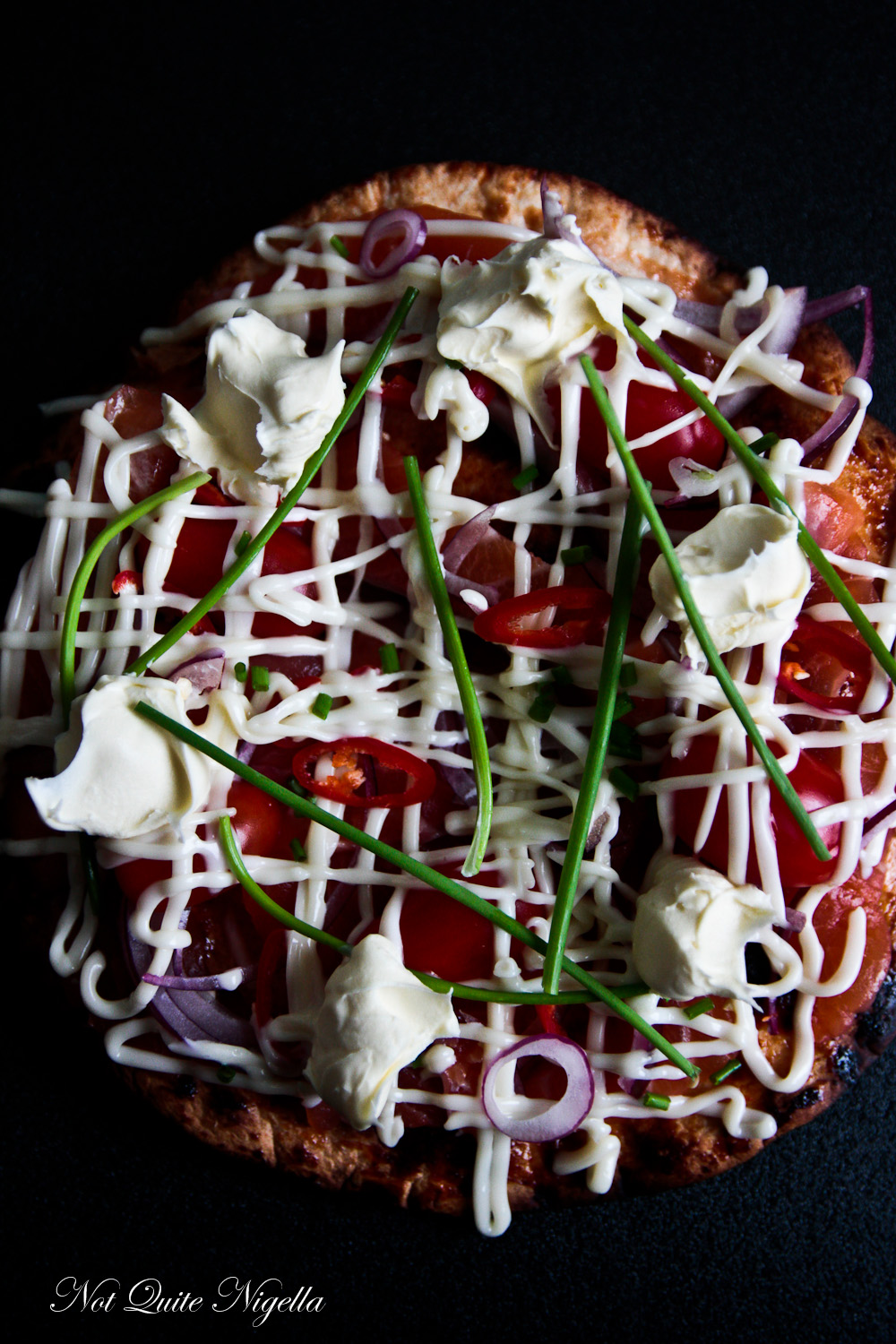 I watched the video and it was incredibly easy to prepare. The only thing that requires a bit of preparation is the anchovy aioli. But in the vein of sharing an easy recipe I would suggest that you just whizz some mayonnaise with some anchovy paste and be done with it if you have no inclinations to make your own aioli. There is a lot of aioli on this pizza but I promise that it all works together beautifully.

For this version I used salmon sashimi because that was all that I could buy when I went shopping (and I bet a smoked salmon version would also work beautifully) and I added some mascarpone to add to the lusciousness. The cheeseless base is crispy and it's a perfect blend of flavours spicy and creamy flavours. And yes this is one of those pushy recipes-if you love Japanese food and sashimi, I definitely urge you to make this 10 minute pizza!

So tell me Dear Reader, what sort of things do you share on the internet? And do you prefer salmon or tuna sashimi?

Step 1 - I find this easiest if I get all of the ingredients sliced before grilling the tortillas as they can have the tendency to burn. Brush the flour tortillas with the eel sauce (go up to the edge of the circle) and toast the tortillas. If you toast them on both sides, then the base will be very crispy but if you want it not as crispy, just toast one side. 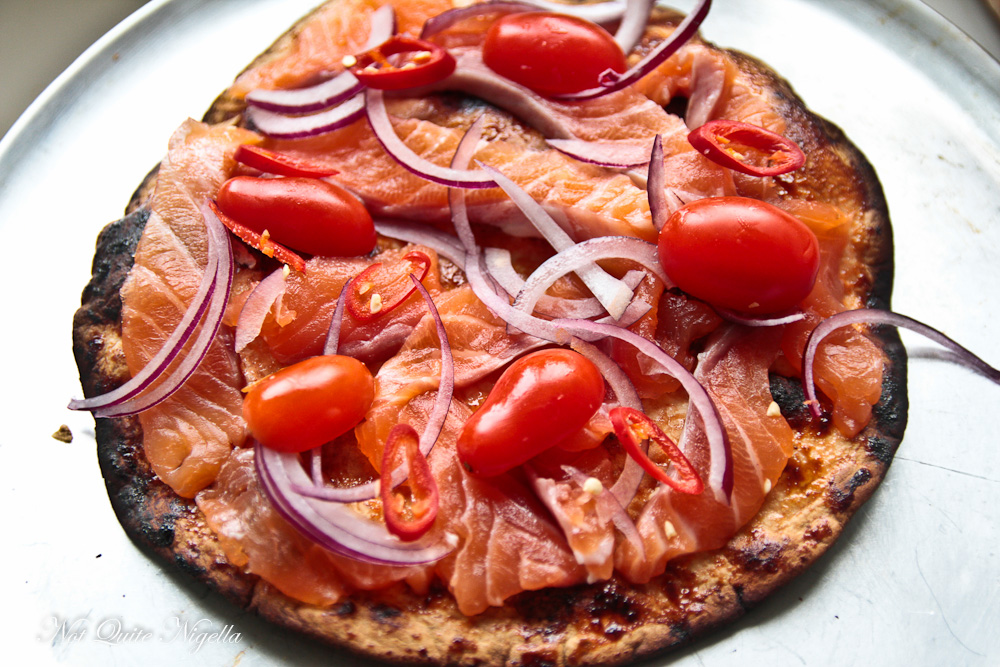 Step 2 - Top with the sashimi slices, tomatoes, chilli, red onion and chives. Dab some mascarpone onto the tortillas and make a hatch pattern with the aioli.