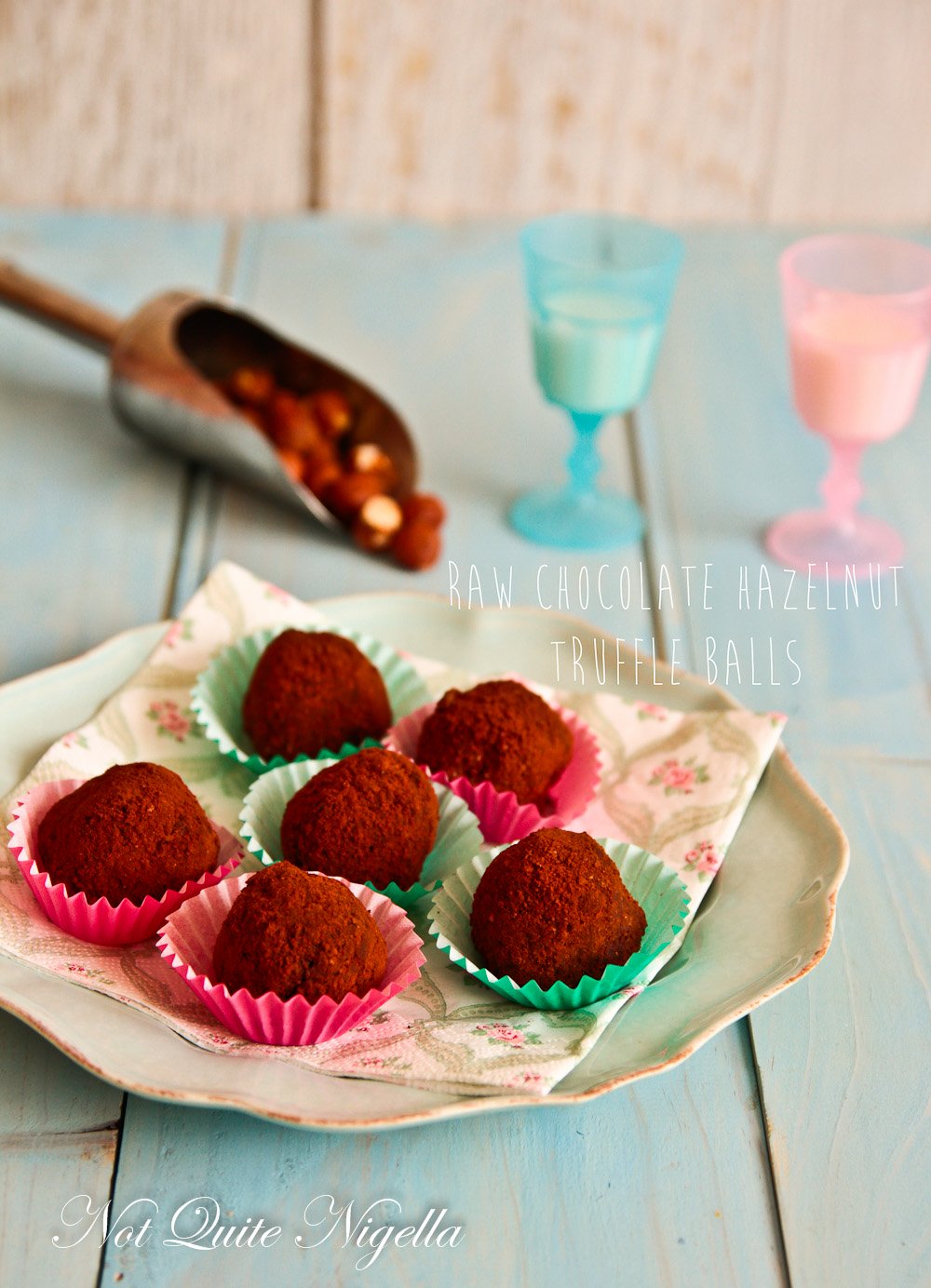 I'm a little obsessed with television shows and in particular, the television show Orange is the New Black. My favourite character is called Crazy Eyes and she calls her wannabe girlfriend Piper "Dandelion." I was at a function with Mr NQN where I knew nobody and didn't have a great deal in common with the crowd. I had also just watched the season 1 finale and was itching to talk to someone about it.

"I've got an idea, I'm going to yell out "Dandelion!" just like Crazy Eyes does. If anyone knows what I'm talking about, then we've got something in common!" I explained.

He shook his head and replied drolly, "Oh please don't..." 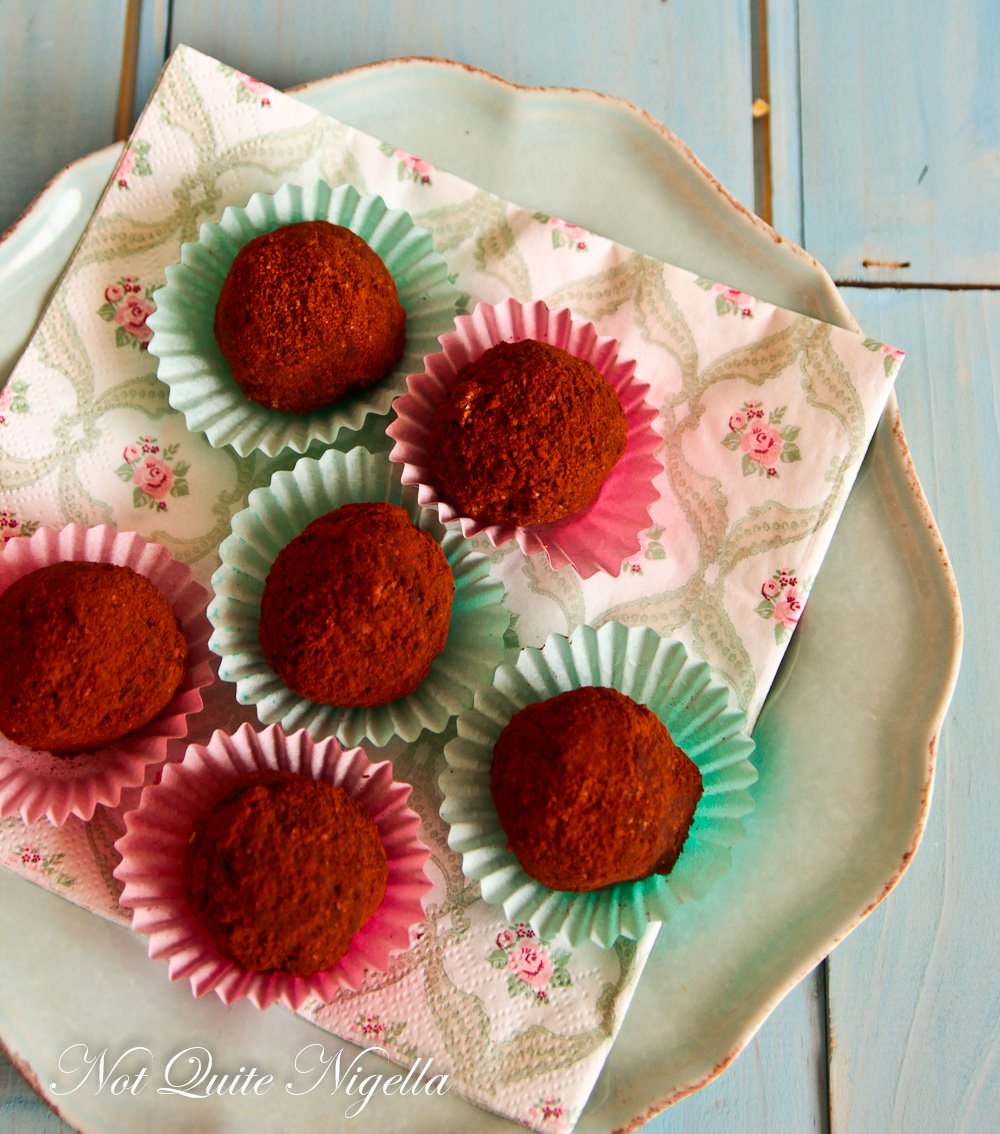 I'll admit that he often asks me not to say or do things. I think his calm and reserved nature can clash with my high keyed enthusiasm. One thing that he has asked me to do quite often however is make these balls. You see he grew up on bliss balls and they were his childhood treat for birthdays.

I decided to do a riff on my original bliss ball recipe and channel the chocolate hazelnut combination in Nutella. You can either look at these like chocolate truffles or as bliss balls. This version is made using very ripe bananas that have an intense natural sweetness - so much that you only need tablespoon of honey for the whole recipe. I gave a batch to my trainer Nina who loved them and allowed her boyfriend Garth one. She texted me with a quote from him that read, "It's like fireworks of deliciousness exploding in my mouth."

Sounds exactly like some that Crazy Eyes would say. I mean that in a complimentary way of course :)

So tell me Dear Reader, what subjects could you bond with strangers about? Are you the calm reserved one or the high keyed enthusiast? 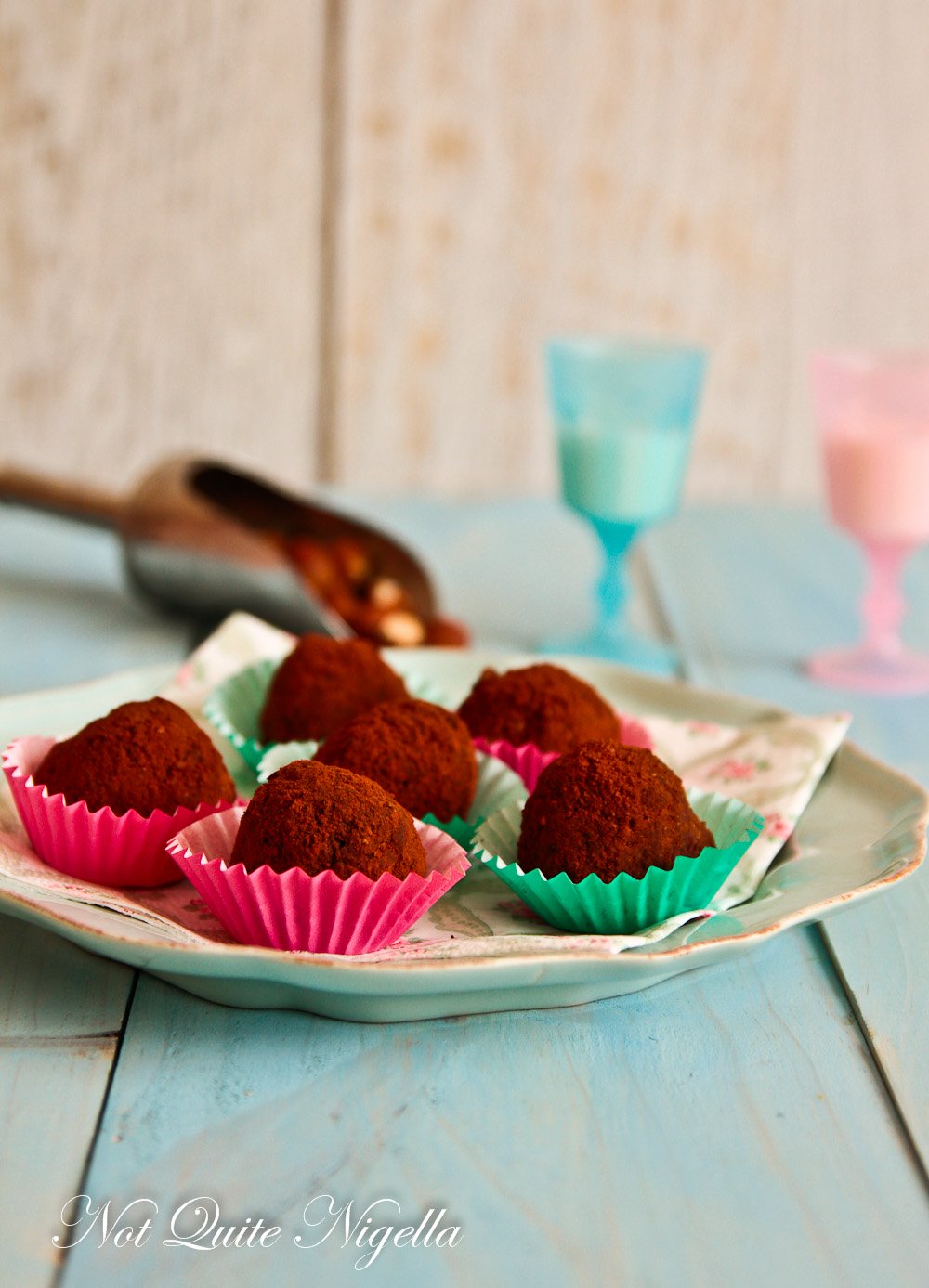 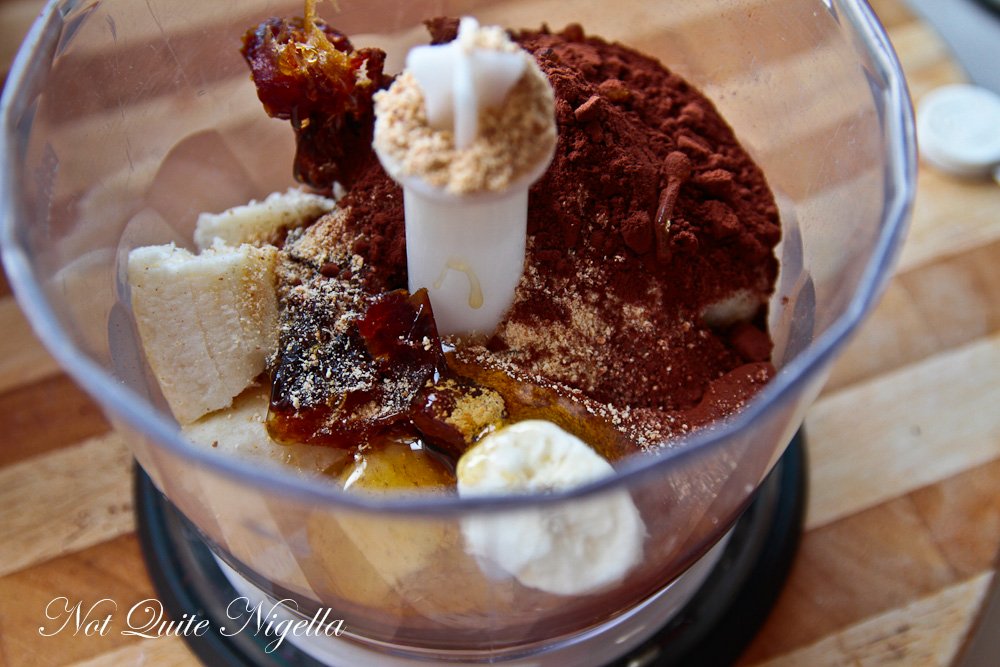 Tip: to ripen bananas, bake bananas in the skins in a 150C/300F oven for 30 minutes or until blackened on the outside and soft on the inside.

Step 1 - Line a sheet tin or container with parchment. Puree the bananas in a food processor and add the 3/4 cup hazelnut meal, 3 tablespoons of cocoa and honey. If the mixture is too sticky, add more hazelnut meal. 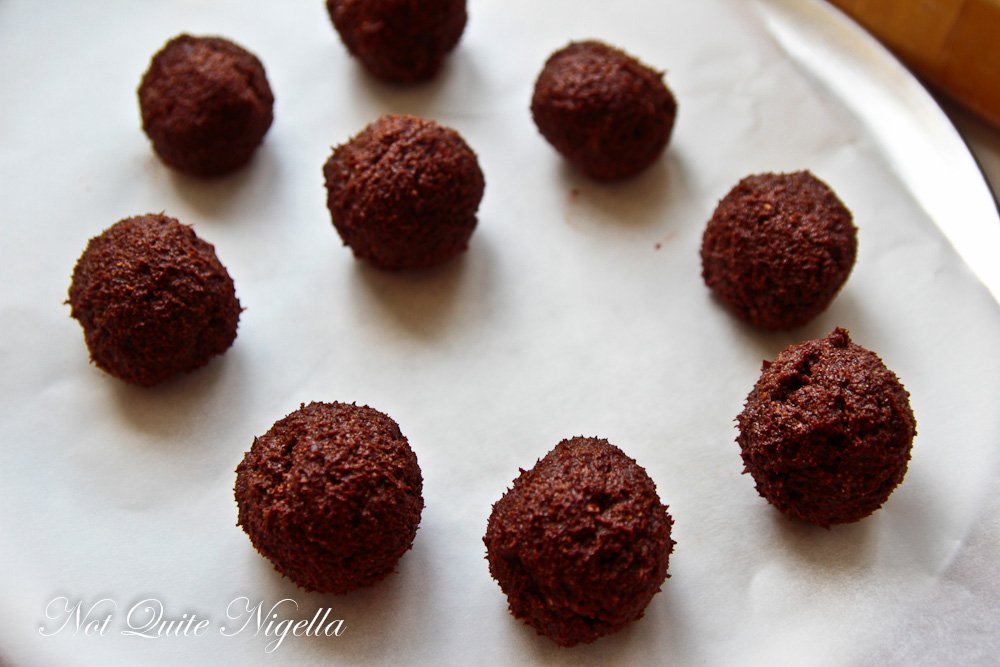 Step 2 - Place the 1/4 cup hazelnut meal and 2 tablespoons cocoa powder on a shallow plate. Roll the mixture into balls and then roll through the hazelnut cocoa mixture to coat. Keep in refrigerator.