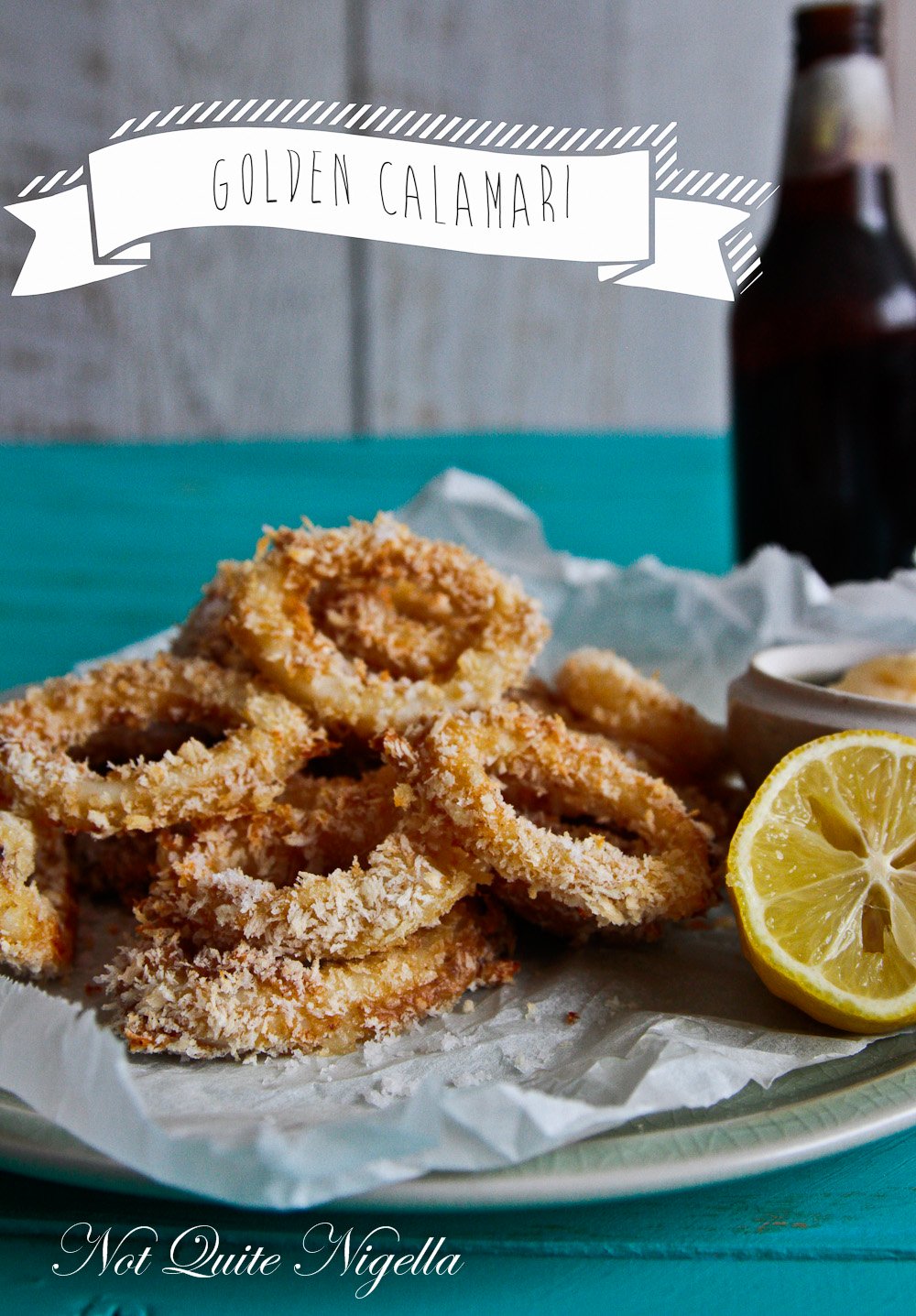 I'm not so good at resisting food. Actually when it comes to saying no to food, I'm terrible at it. So instead, I throw money at the problem and work out with my trainer. I keep pushing her to invent an exercise where she does the hard bit and I gain the benefit which seems like a much better way to spend said monies. So far, there are no developments on that but if we do I'll keep you posted...

I avoid food shows on television, not just because I have food all day but also because they make me really hungry. Even if I have eaten, I'll develop a craving for something and no amount of meditation, begging or whimpering will undo that itch. I have been known to have second dinners just because I've seen something on television. Even shows where characters are incidentally eating aren't safe. 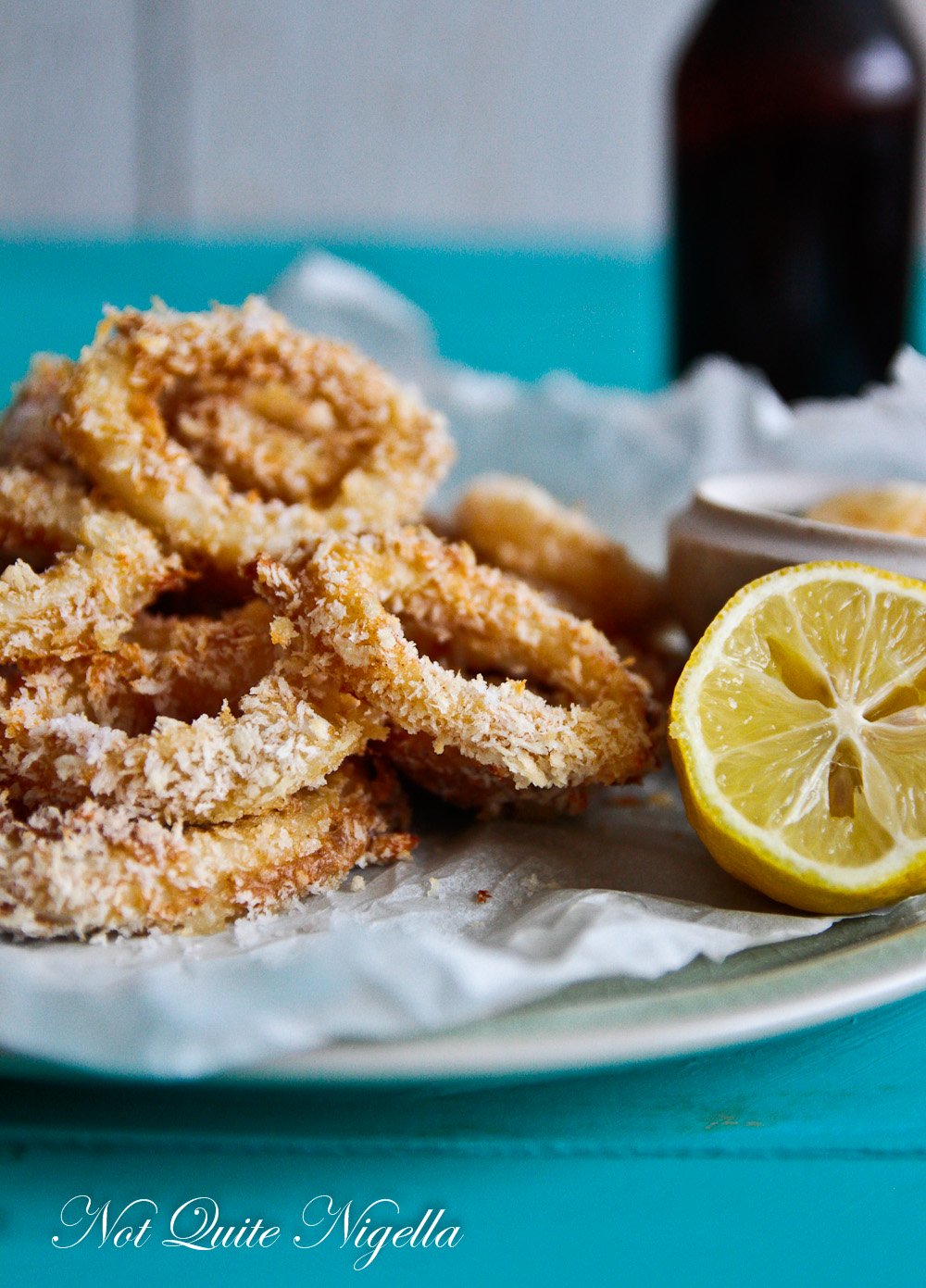 So sometimes, I need to find healthier recipes for those double dinner days. Enter oven baked calamari. It's sort of like my Unfried chicken but lighter and easier. Here tubes of calamari are sliced into rings and then dipped in paprika and eggs and a mixture of panko crumbs, parmesan and salt. The rings only need 15 minutes in the oven after that and you have some fantastic, low fat but delicious calamari rings. Calamari doesn't have fats or oils in the same way that chicken does so it doesn't baste it from the inside but a quick spray of oil will help it become golden.

So tell me Dear Reader, would you choose to do the exercise yourself or if you could get away with it, would you let someone do it for you if you received the health benefits? 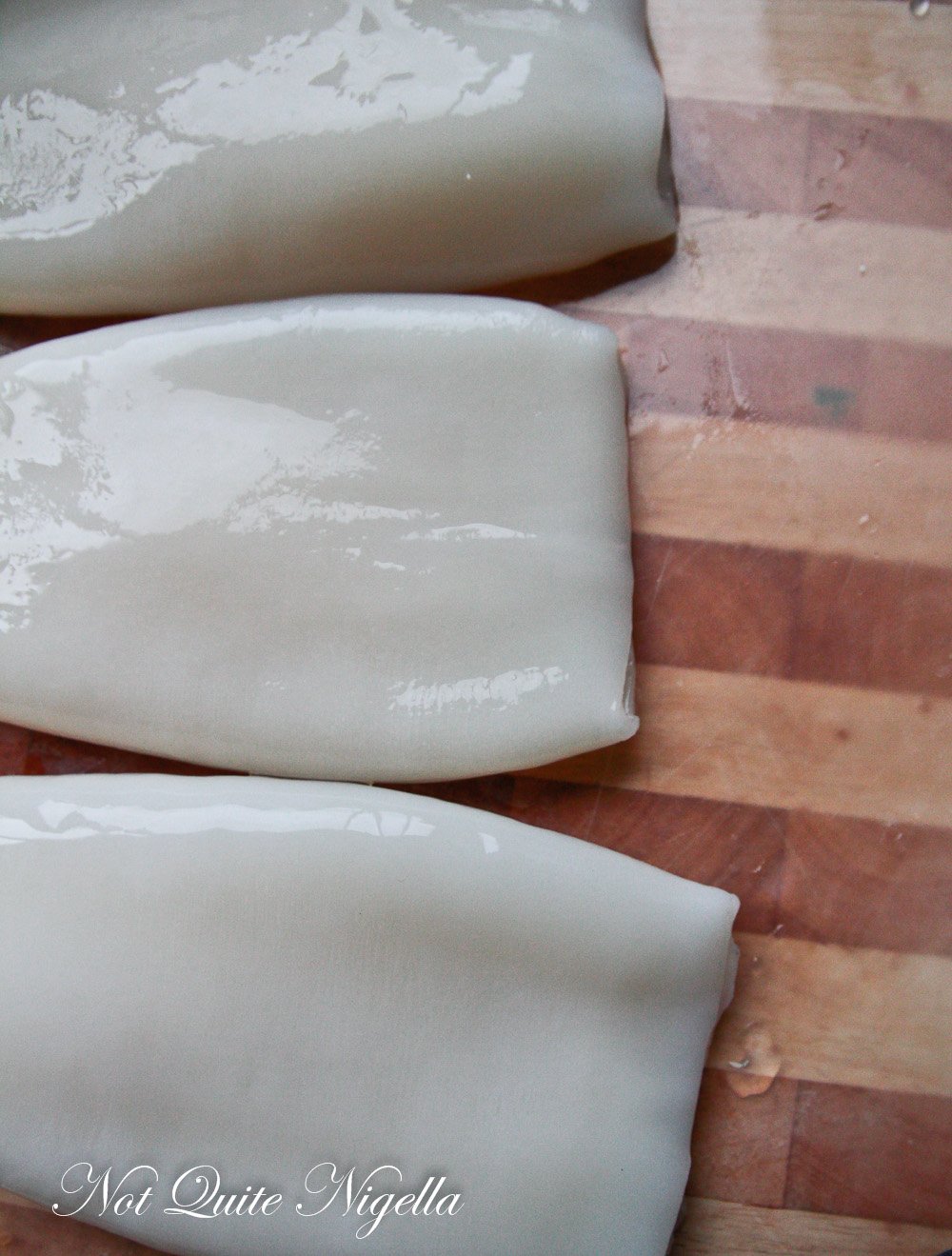 Step 1 - Preheat oven to 200C/400F. Slice squid into evenly sized rings. Add the paprika to the eggs in a small bowl and whisk. Mix the panko crumbs, ground almonds, cheese and salt on a shallow bowl or rimmed plate. Line two baking trays with parchment and spray the parchment lightly with the oil. 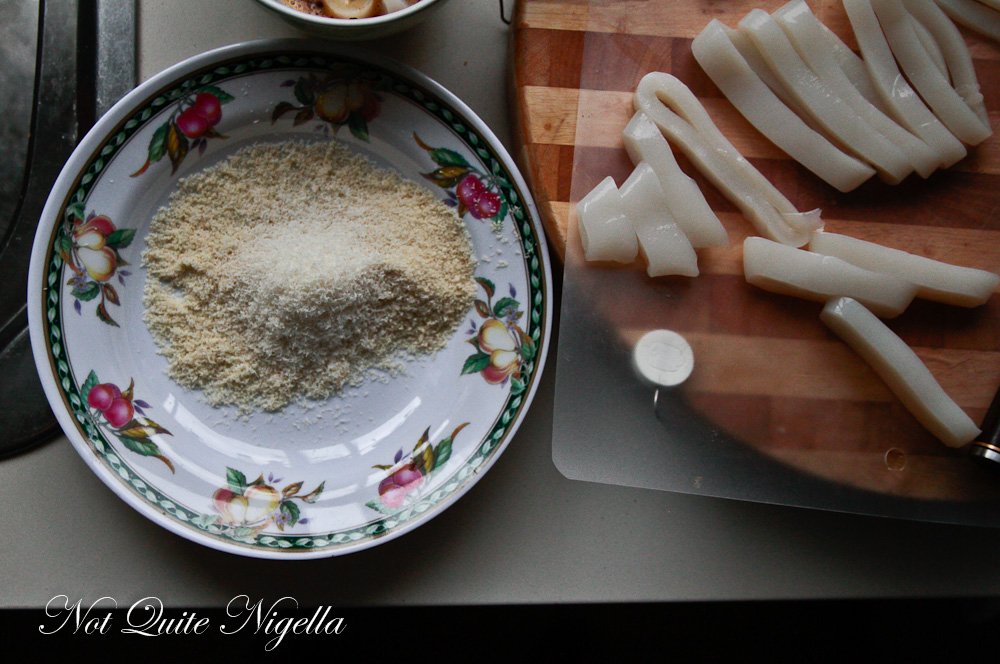 Step 2 - Dip the squid rings into the egg and then dredge through the seasoned panko mix. Place on the greased trays. Spray with oil spray and then bake for 15 minutes. Serve straight away with lemon and tartare sauce.