Jenny's Famous Greek Patsavoura & How To Make It on Video! 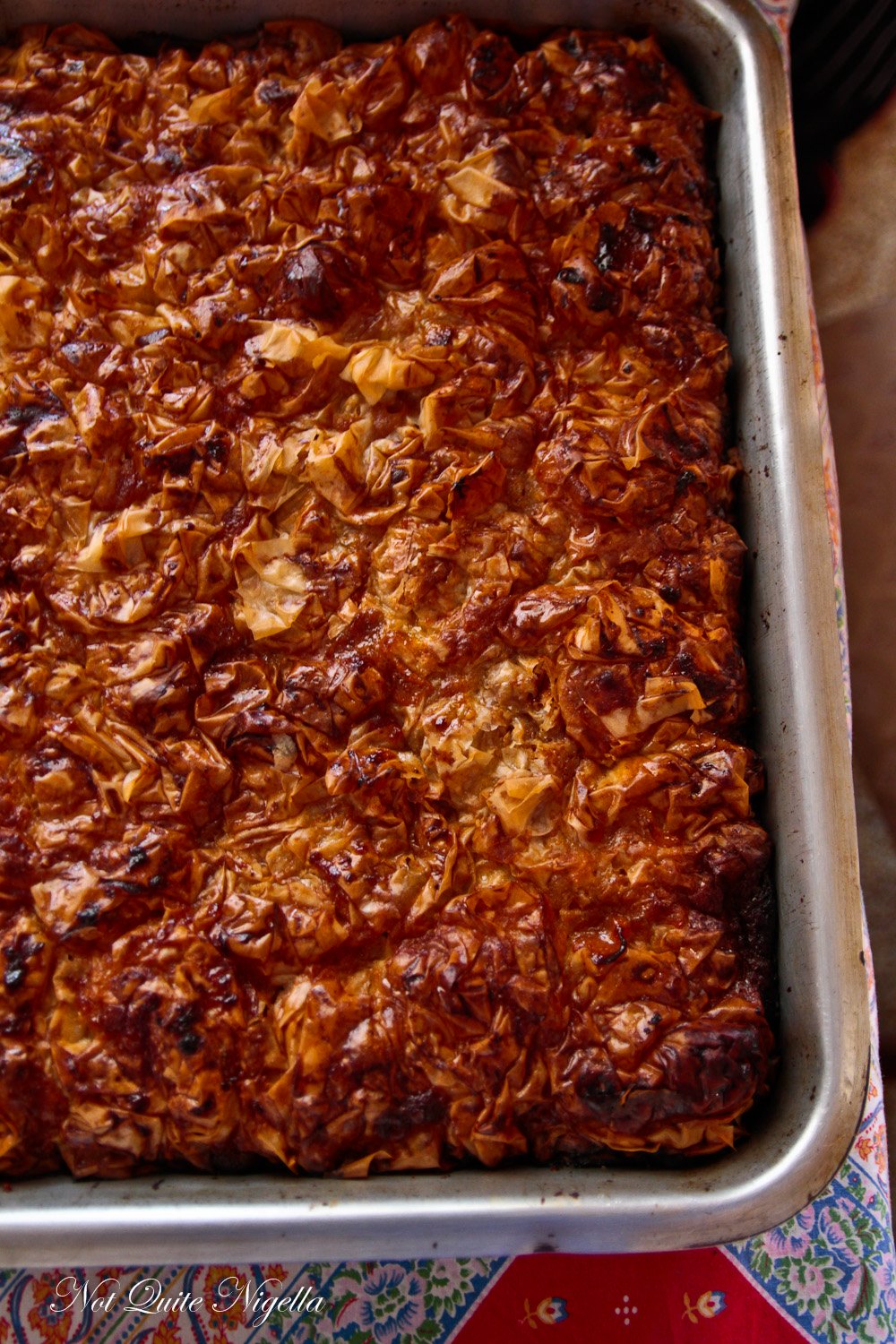 Family recipes are often like buried treasure. They're little gold nuggets that you unearth with gentle cajoling and the reward is of a recipe shaped by generations of hands with each person adding their own little touches.

I first tried Jenny's patsavoura at Xanthi restaurant. Her chef son David Tsirekas introduced it by giving us the meaning of the word Patsavoura: wet mop. It isn't the most glamorous of names. I regarded the square topped with ice cream. It looked like crinkles of pastry soaked in syrup with an unmistakable smell of cinnamon and just the lightest sprinkle of clove. After taking one bite, I decided that I needed to know how to make it because it was so delicious I couldn't not know. It is seriously that good. 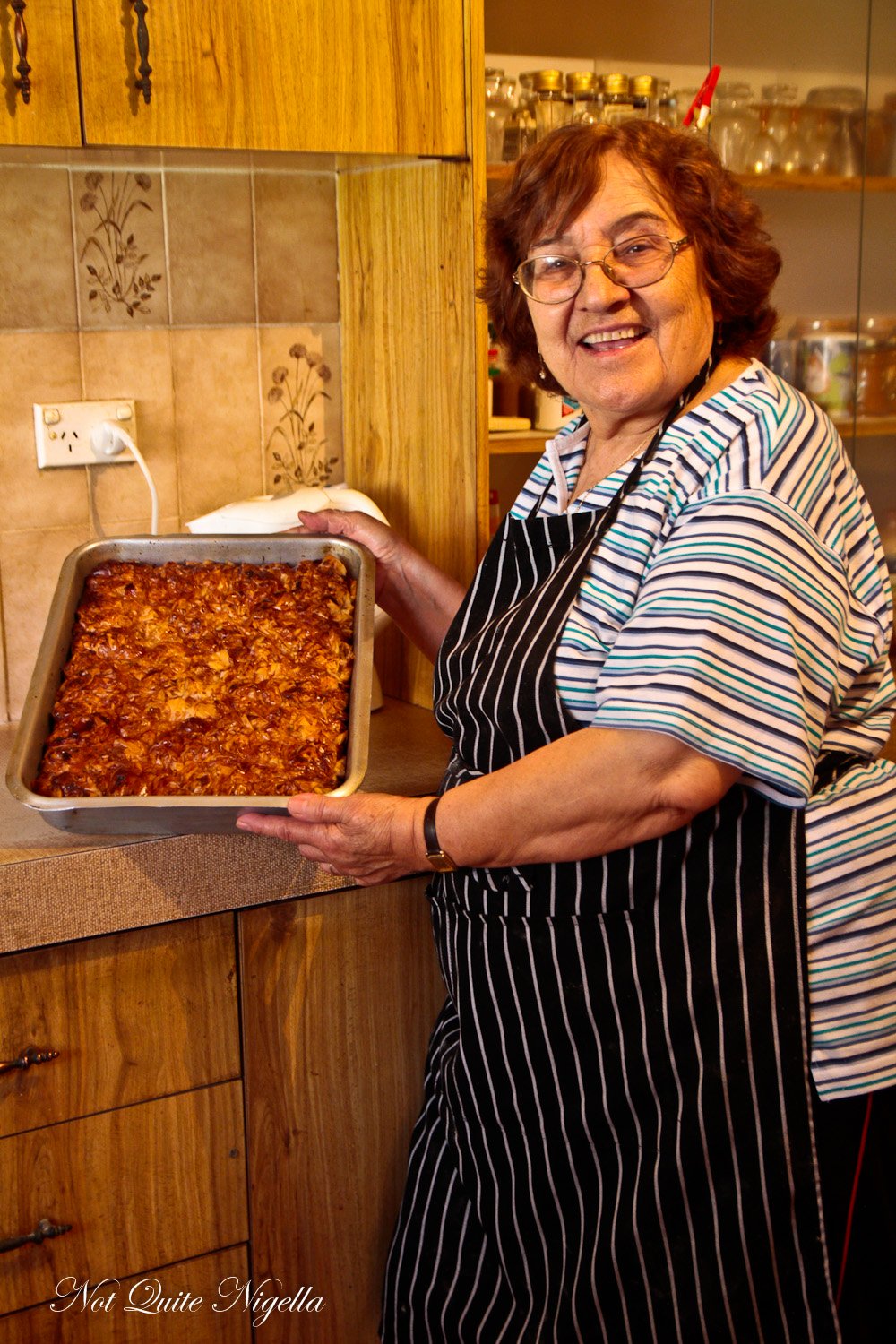 That was two years ago and since then I've asked for the recipe constantly. And it is one warm Spring day when I join the generations of Tsirekas's including octogenarian Jenny, her daughter Ula, daughter in law Belinda and six year old Ruby to learn how patsavoura is made. "It's so simple!" Jenny says with her cheeky chuckle. Honestly, when you hear her laugh below you will know what I mean by a cheeky laugh... 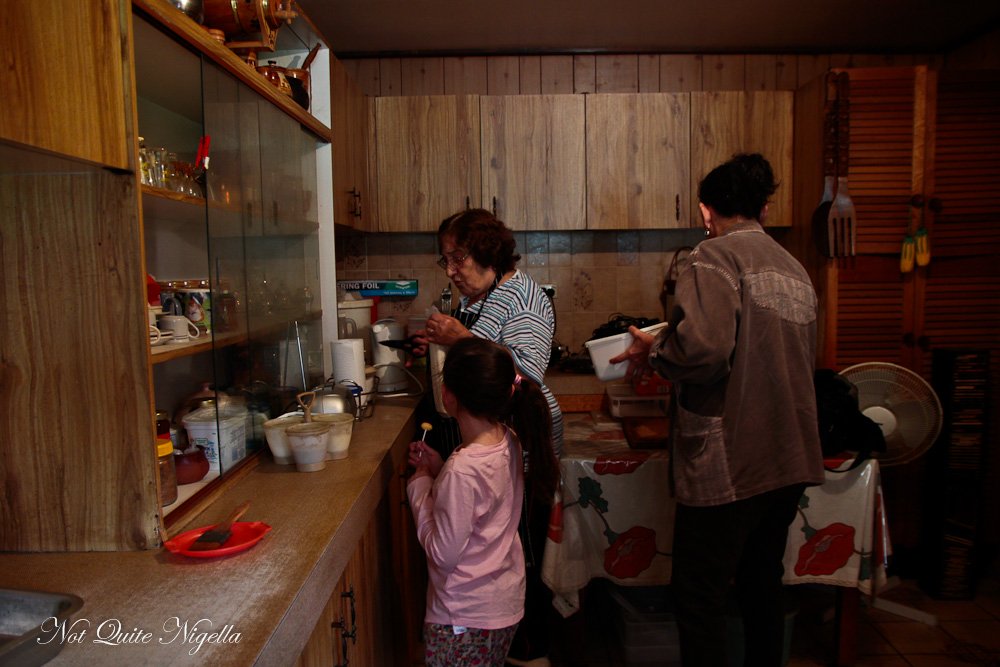 Jenny's tastebuds are a little different from most. You see she doesn't eat anything sweet at all and never has. In fact she loathes sweets. It's a trait that she has passed down to her two granddaughters Mia and Ruby. But that doesn't stop her baking sweets for family and friends. She is the woman who turned to me once and said, deadly serious, "Nobody leaves my house hungry!". She always has boxes of sweet cookies and pastries yet she eats none of it herself. It is to offer to others.

During the morning making Patsavoura she surprised everyone with her secret ingredient - a couple of tablespoons of apricot jam. "It's my secret!" she says laughing. Even this detail was new to her son to whom I sent the recipes for proof reading.

"Does she put apricot jam in there?? What a sneak," David said. Apparently, even some secrets are meant to be kept close to the chest...

So tell me Dear Reader, what is your favourite family recipe? Have you ever recorded your family's recipes either by video or by writing them down? Who in your family taught you how to cook or are you self taught?

A recipe by Jenny Tsirekas

Step 1 - Make the syrup by boiling the sugar, water, cloves, cinnamon stick and zest for 30 minutes. Allow to cool and refrigerate. Jenny makes a triple batch of this so that she has it to hand.

Step 2 - Preheat the oven to 200C/400F. Take out the filo pastry and line a baking tray of the same size with two sheets brushing them with canola oil in between. Sprinkle with sesame seeds. This prevent the bunches of pastry from sticking to the bottom. 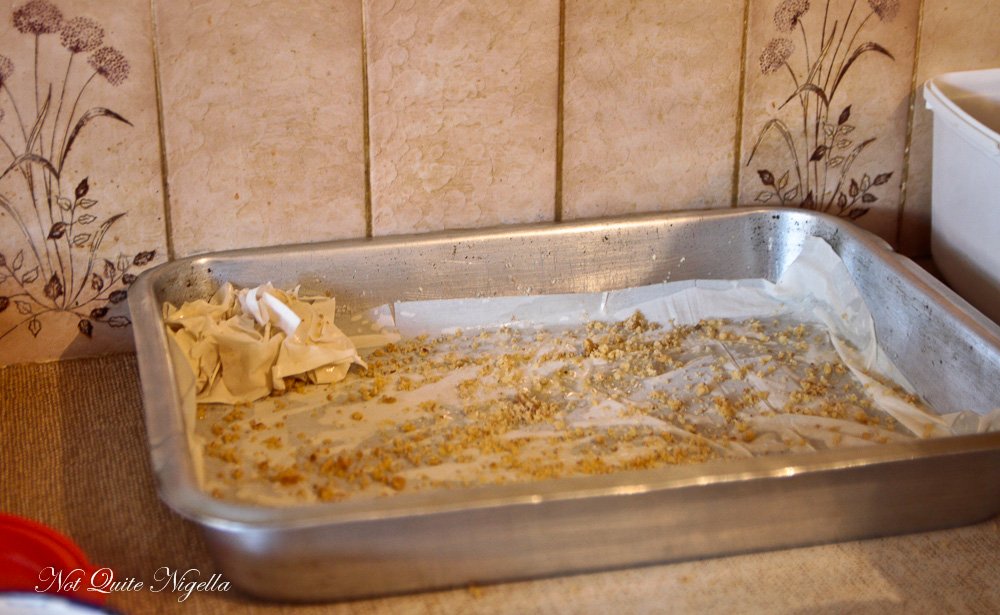 Step 3 - Roll out a sheet of pastry and lightly brush it with oil. Sprinkle it with a small handful of crushed walnuts. Bunch it up into a rough rosette shape and place on top of the two sheets. Repeat with the rest of the dough until you have filled the whole tray. 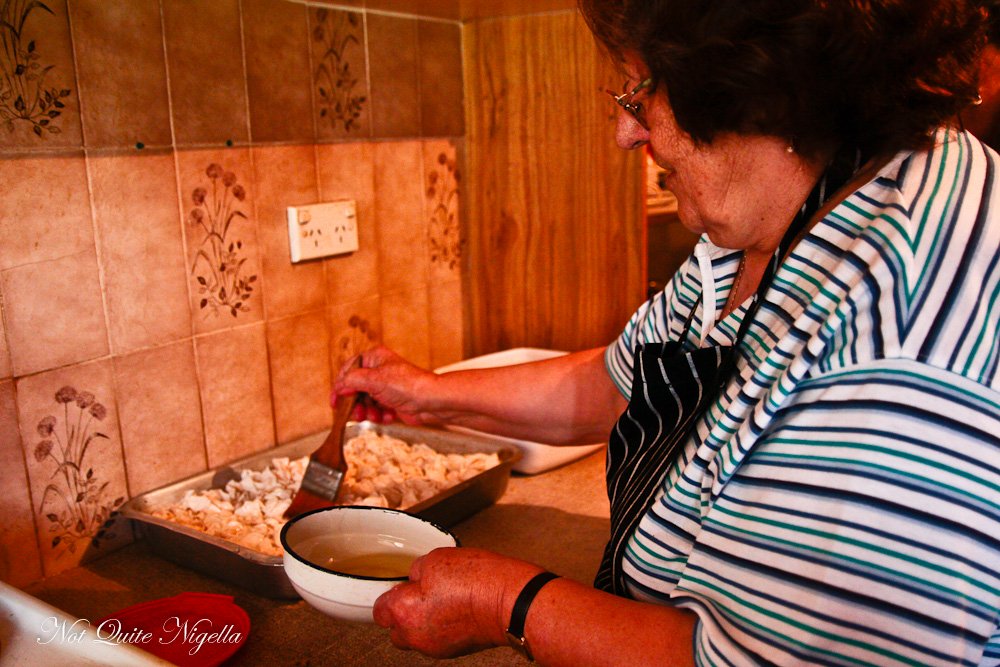 Step 4 - Meanwhile mix the 1 cup sugar, 1 cup of oil, eggs, yogurt, apricot jam, vanilla sugar, baking powder, cinnamon and ground cloves. Pour this mix evenly over the pastry and bake for 25 minutes or until golden. Whilst still hot, pour the chilled syrup over the pastry - it will make a crackling sound. Allow to rest and absorb the syrup. 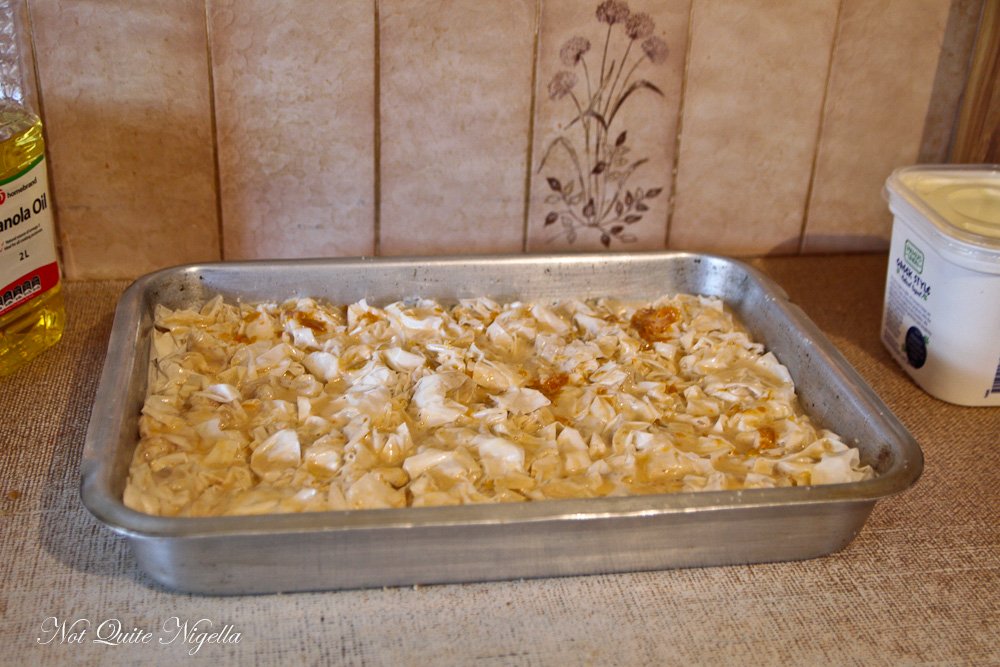