The 5 Minute Quiche in A Mug! 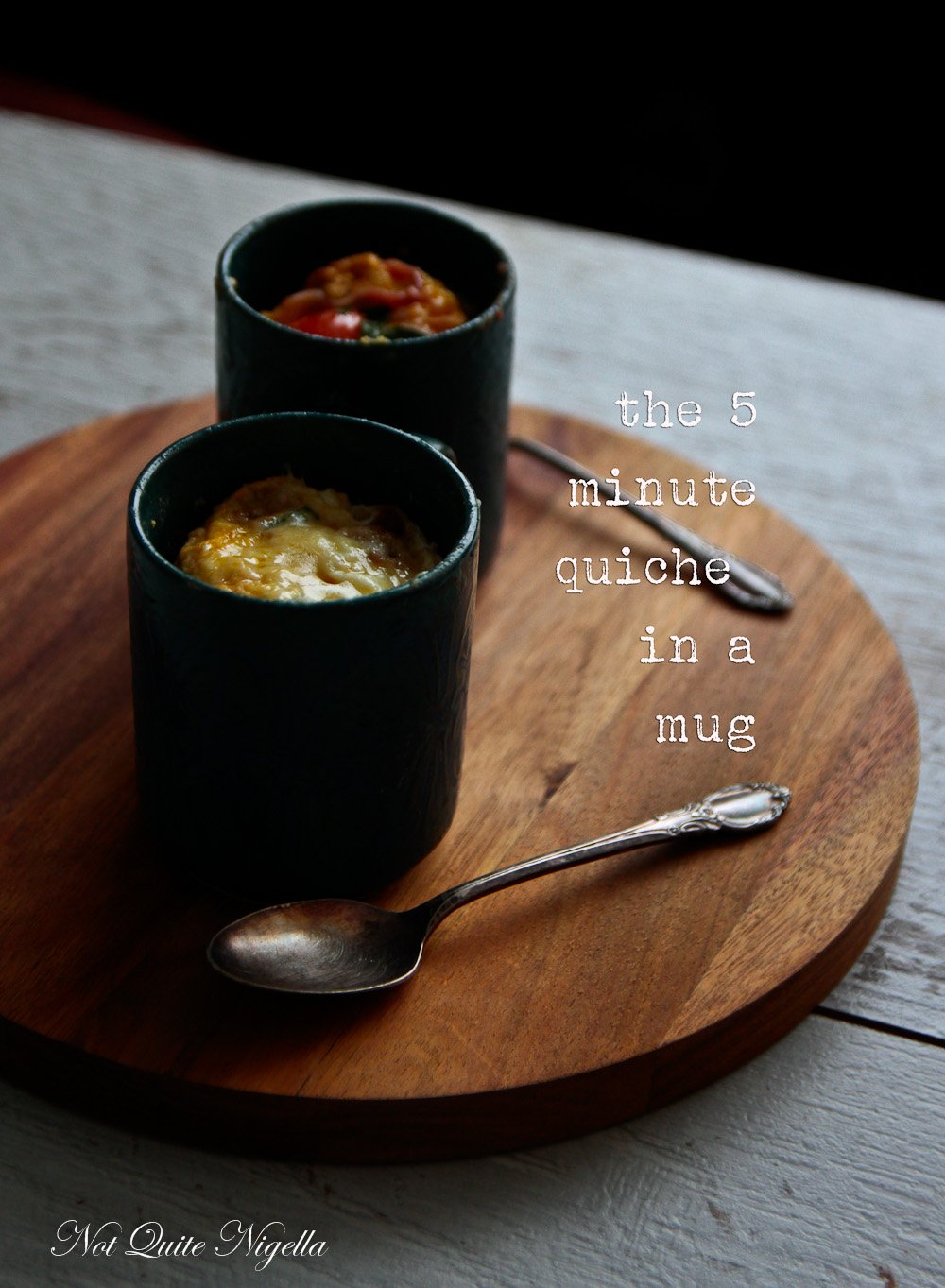 This 5 Minute Quiche in a mug is the best 5 minutes you might spend in the morning making your own breakfast. With just a couple of minutes in prep, you can have a fluffy, light quiche filled with layers of melted cheese, ham, chives and tomato. Or perhaps a Vegemite and cheese version may tempt you?

Someone once told me that I knew a lot of random and fairly useless information. I don't know if he was being mean, I think he was being nice about it but I had to agree, I love random facts. You never know when they will come in handy and I think it comes from watching quiz shows when growing up. I think parents always wanted me to go on Sale of the Century (a game show).

I learned an interesting fact a few months ago when I was travelling around Scotland. I learned that in Wales an oven is called a "popty" and that their word for a microwave is "popty ping"! How delightful is that? It made me want to give the whole country a big "Awww" hug. I've now adopted that phrase in our house to refer to the microwave because even saying it puts a smile on my face. 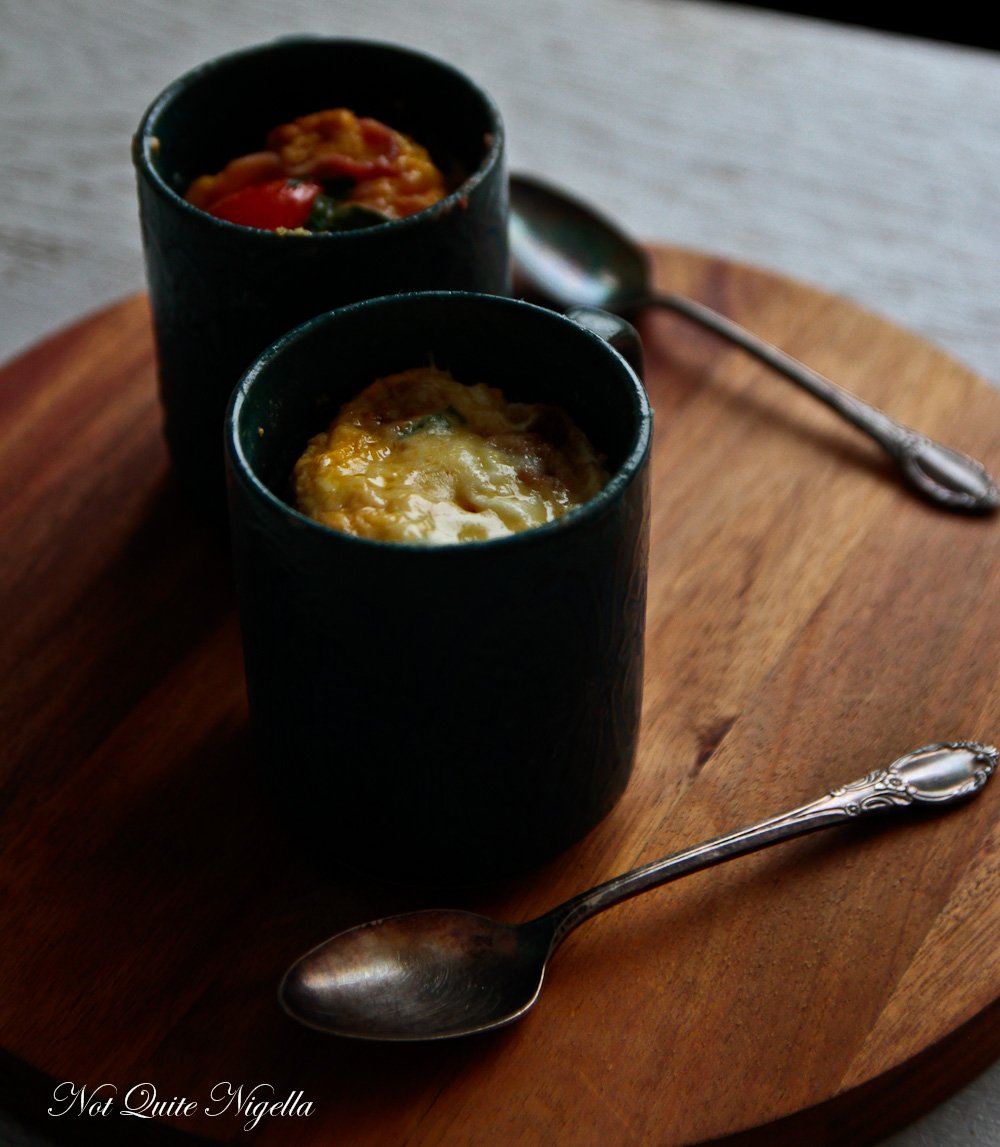 The last time I cooked eggs in a microwave I was at university. It hadn't gone well at all and they were disgusting and rubbery so I didn't hold much hope. But it turns out that if you add butter and milk to thin down the egg then it doesn't get rubbery and hard. In fact against all expectations these turned out really well!

I experimented a lot with these. I made a total of six mug quiches on the first day and these are the results of my testing. One thing that makes these go above and beyond is a tablespoon of cream cheese that gives the centre of the quiche a melting richness. I settled on two version, a ham, cheese & tomato version and a Vegemite and cheese version (my tribute to Rich). Ever since that incident I've wondered whether fleeing a situation is a wise thing to do or not. Perhaps I could just say that I had something in the microwave that needed attending to? ;)

So tell me Dear Reader, do you ever make 5 minute items? Do you know lots of random facts? How often do you use your microwave or your popty ping? 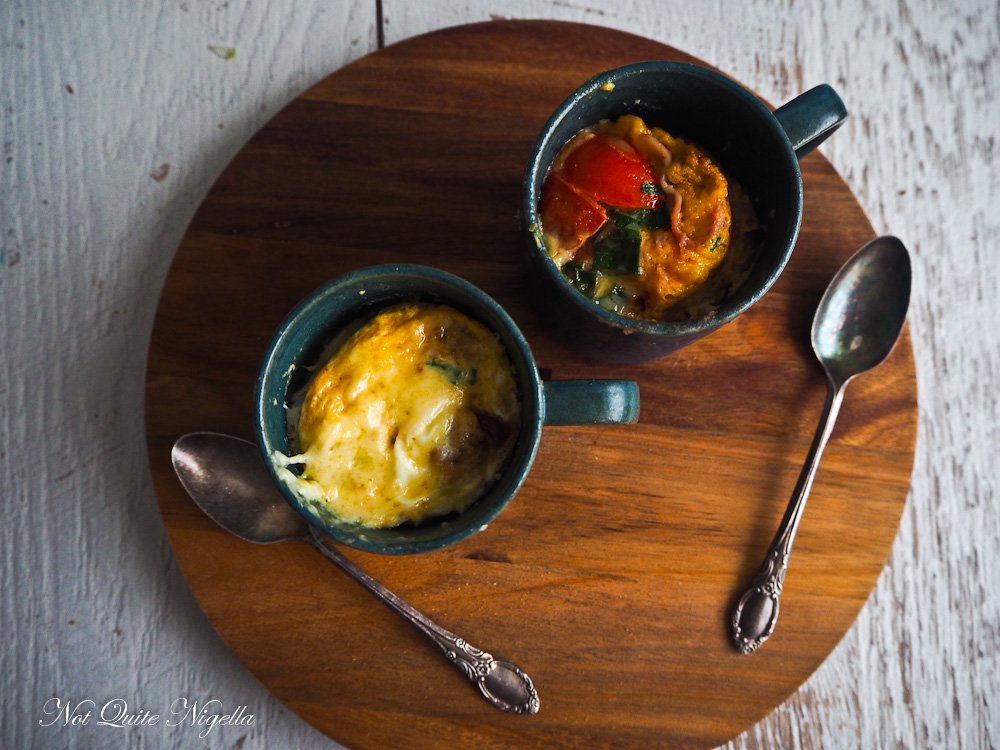 The 5 Minute Quiche In A Mug

Step 1 - Place butter in the mug and microwave for 20 seconds or so. Break eggs in a mug and add milk and whisk with a fork. Add the cream cheese, chives, ham, half of the cheese, bread cubes and cherry tomatoes and mix to combine. Add the remaining cheese on top. Cover with cling film and microwave on full power for 1.5-2 minutes. Check for doneness, if the egg is not set, microwave for an additional 30 seconds or until done. Allow to cool as it will be very hot when done. 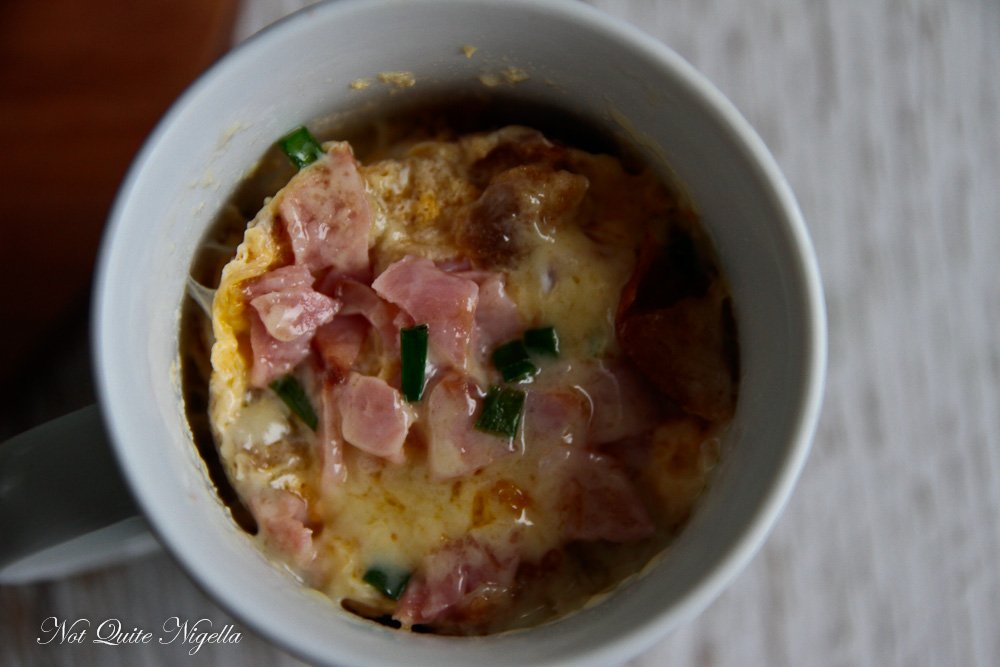 The 5 Minute Vegemite and cheese quiche 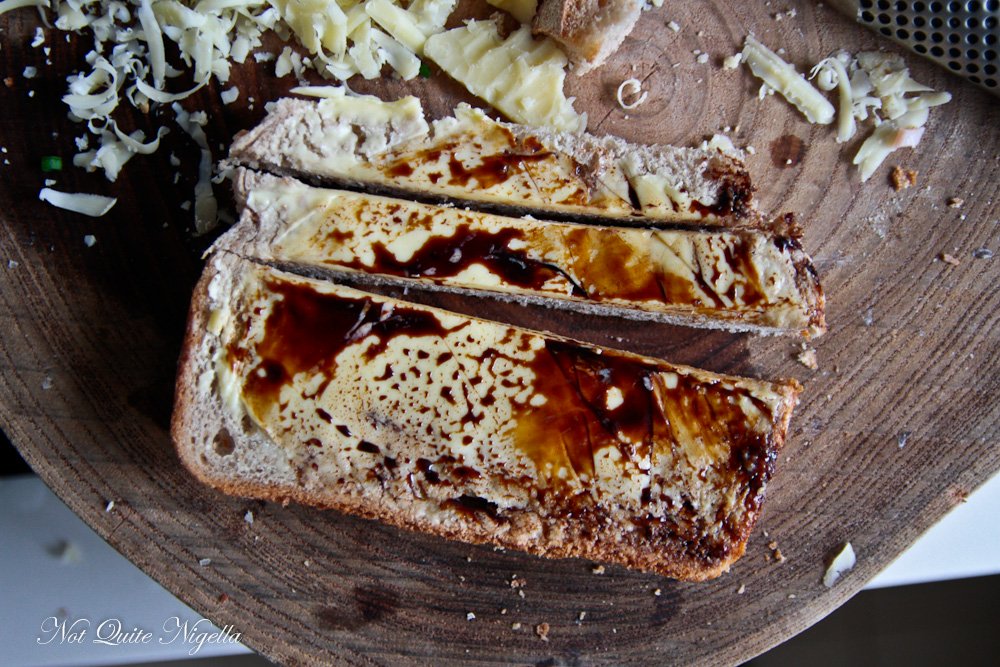 This picture isn't doing much for the appeal of Vegemite outside Australia...

Step 1 - Spread the non melted butter and Vegemite on the slice of bread and cut into cubes. Break the eggs into the cup and add half of the cheese, cream cheese, butter and chives. Place the cubes of bread in with the eggs. Top with the other remaining tablespoons of cheese. 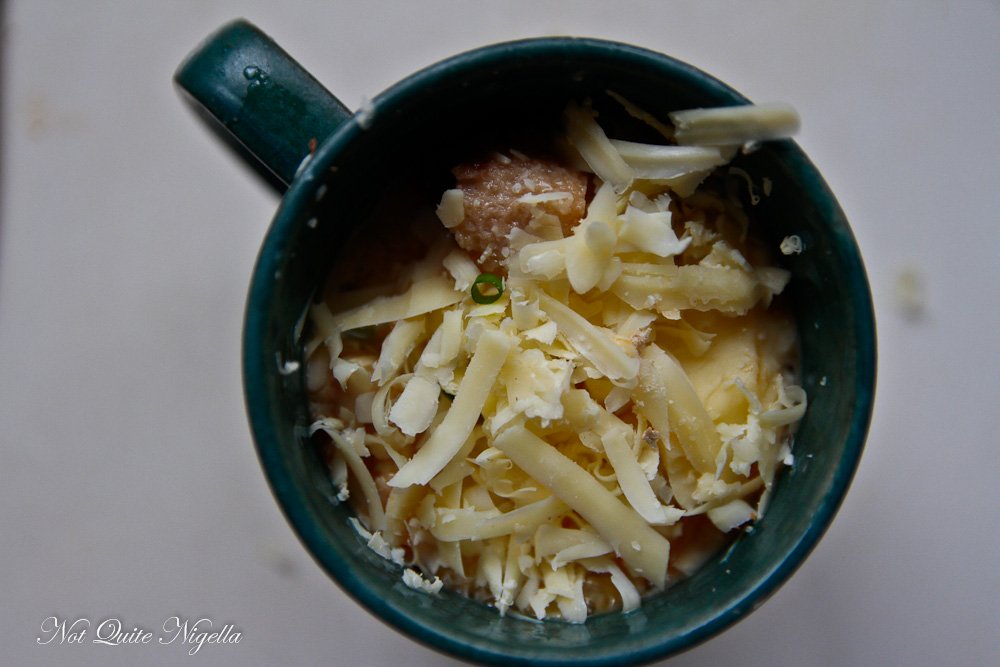 Step 2 - Cover with cling film and microwave on full power for 1.5-2 minutes. Check for doneness, if the egg is not set, microwave for an additional 30 seconds or until done. Allow to cool as it will be very hot when it has finished cooking.