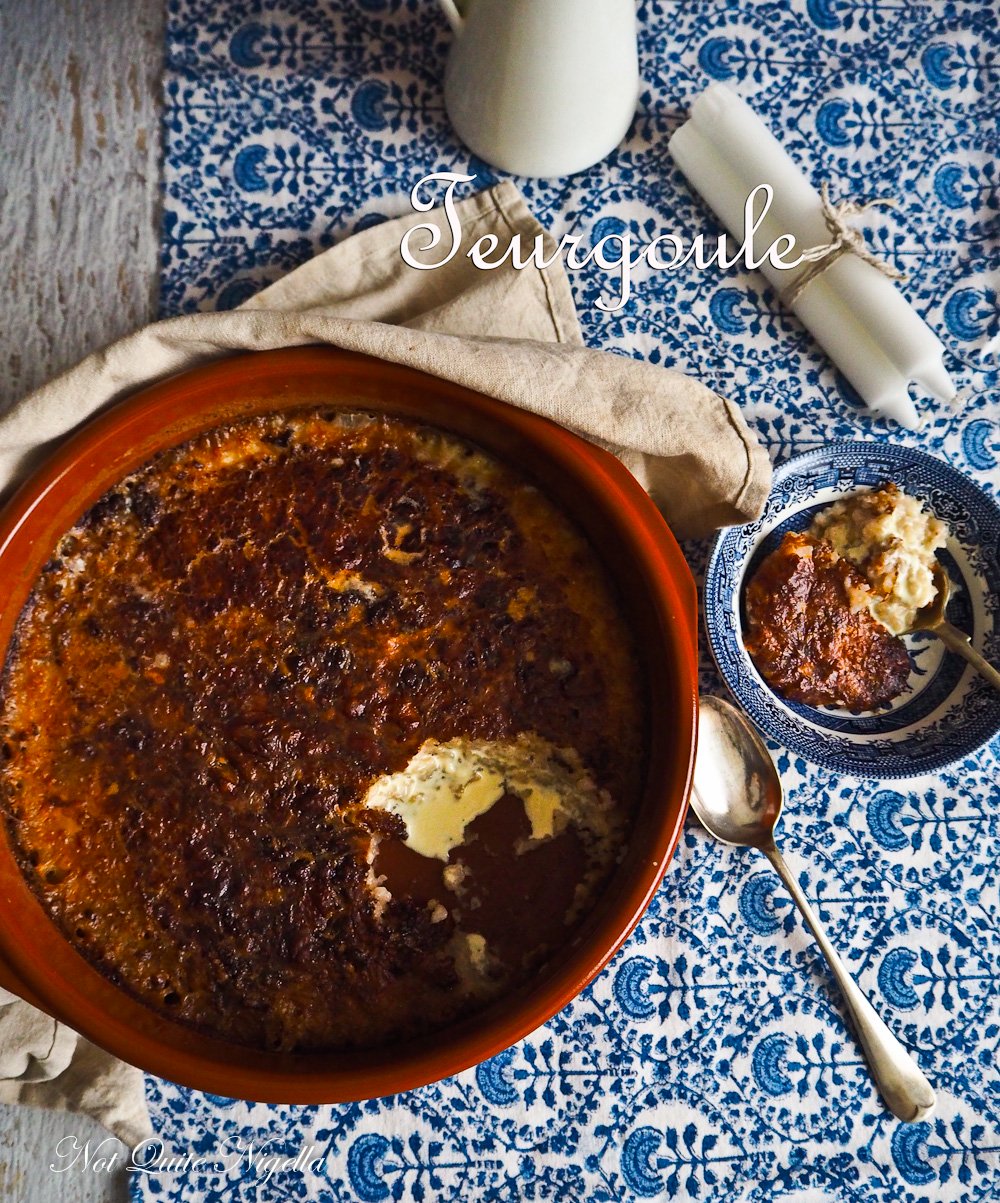 This French rice pudding from the Normandy region is something special indeed. The simplest of ingredients belie the divine results. Rice, sugar, milk, cream and spices are added to an earthenware dish and it is baked for five hours which produces a caramelised brown crust on top and a soft, aromatic and milky rice pudding underneath.

Dear Reader, I hope I haven't disappointed you as I haven't had many Tinder stories lately but that is because my two main stories of Tinder hijinks Belinda and The Wizard have found themselves more permanent arrangements. Actually wait a second, I do have one story and it involves three gorgeous women that I know and a chef. I think that could be the great name of a film no? Hollywood, call me ;)

One day a friend of mine (let's call her Carrie) was having lunch with friends when she suddenly started to receive pics on her phone of someone's nether regions along with a request for a photo of herself. It was from the chef. As they popped in her inbox while she was out with friends (let's call them Samantha and Miranda) she was surprised at the ballsiness (no pun intended) so she told the other ladies that she was at lunch with. They suddenly pulled out their phones and showed her the very same pics that they were sent a few weeks earlier. It turned out that her two friends had already dated the chef and even funnier, he had used the exact same conversation with all three! 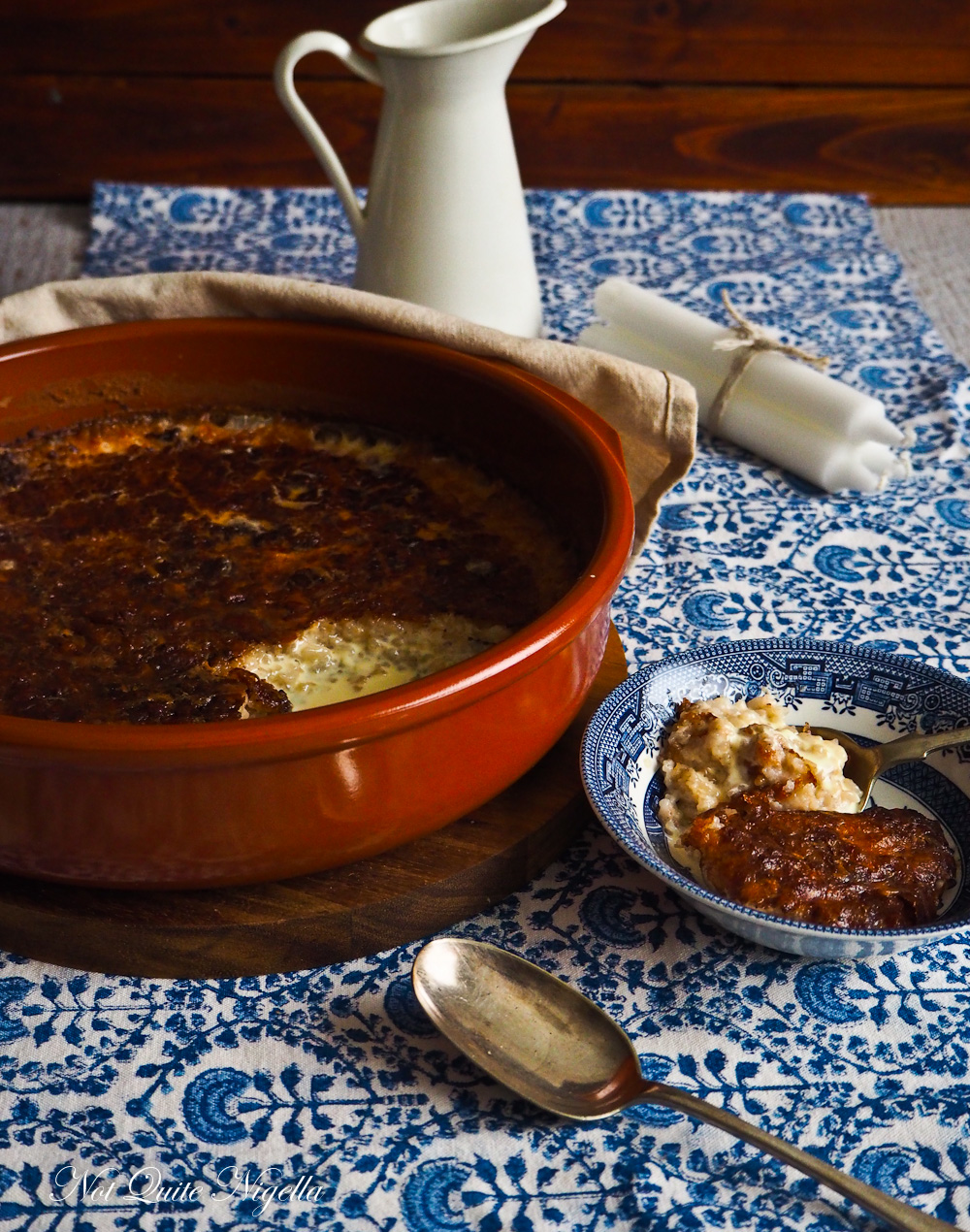 Thinking that it might shock him into behaving Carrie sent him a pic of her and the other two women while they were at lunch assuming that he would be embarrassed at being caught out with the same maneuvers. "Which one are you?" he asked completely unperturbed by the whole situation!

Speaking of Twisted Mouths, I've got a fabulous winter warming recipe for you Dear Reader! Teurgoule means Twisted Mouth in French and it is also the name of a fantastic baked rice pudding. From the Normandy region of France it is the simplest dish given its signature caramelised brown crust from being cooked for many hours in a low oven. It's utterly simple in its ingredients: just rice, milk, cream, sugar, cinnamon and nutmeg yet the smell of this baking is incredible.

The translation of twist mouth is said to refer to people's surprise when the Normans first tasted unsweetened cinnamon from the ships at sea in the 18th century. I think it has more to do with how hungry you get while this is baking away and the smell of this cinnamon scented pudding in the oven! They serve this traditionally with fallue, a type of brioche bread shaped in a log with a glossy browned top.

So tell me Dear Reader, have you ever tried this way of making rice pudding? And have you ever caught someone in a funny lie (or been caught yourself?). 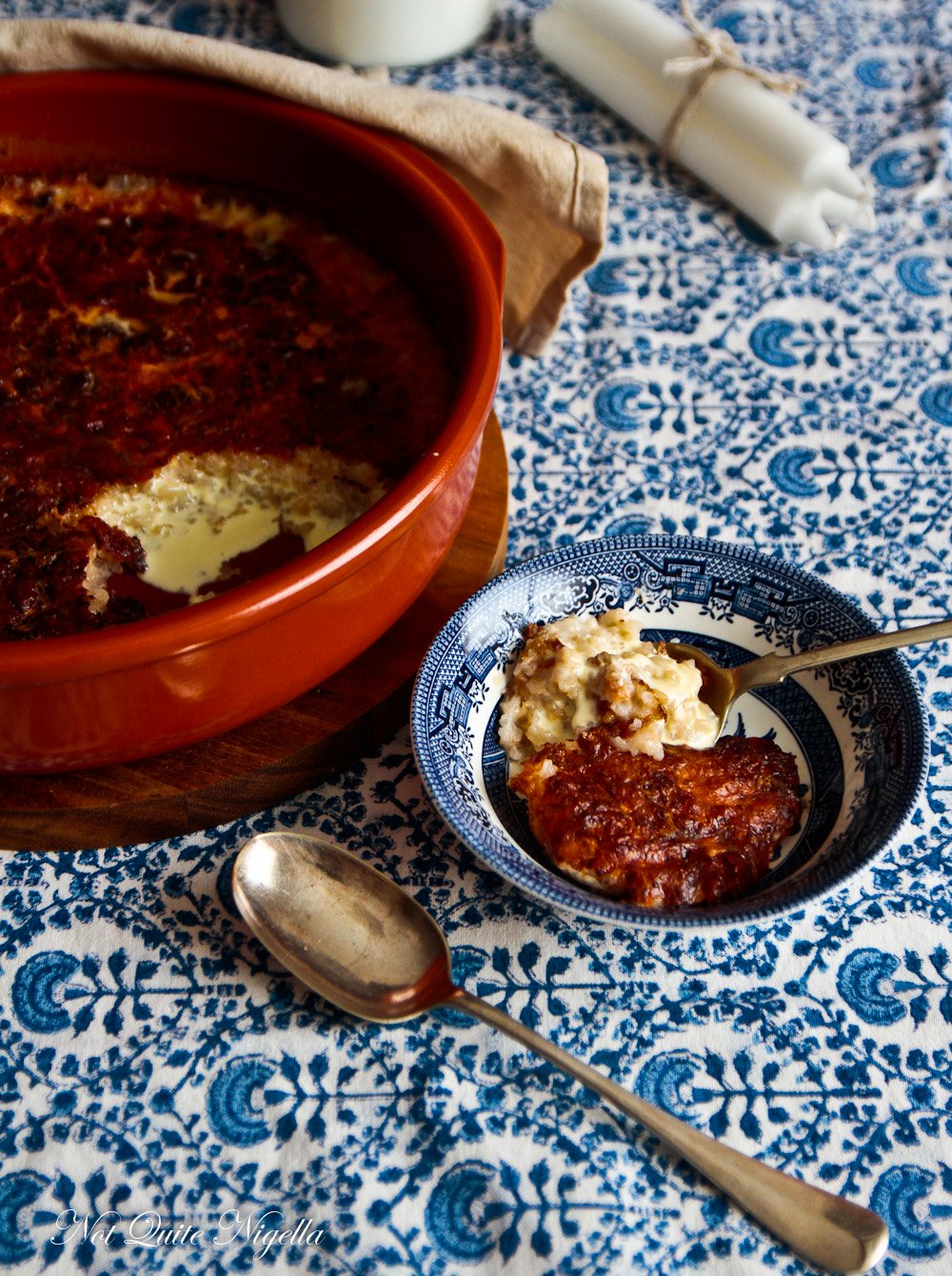 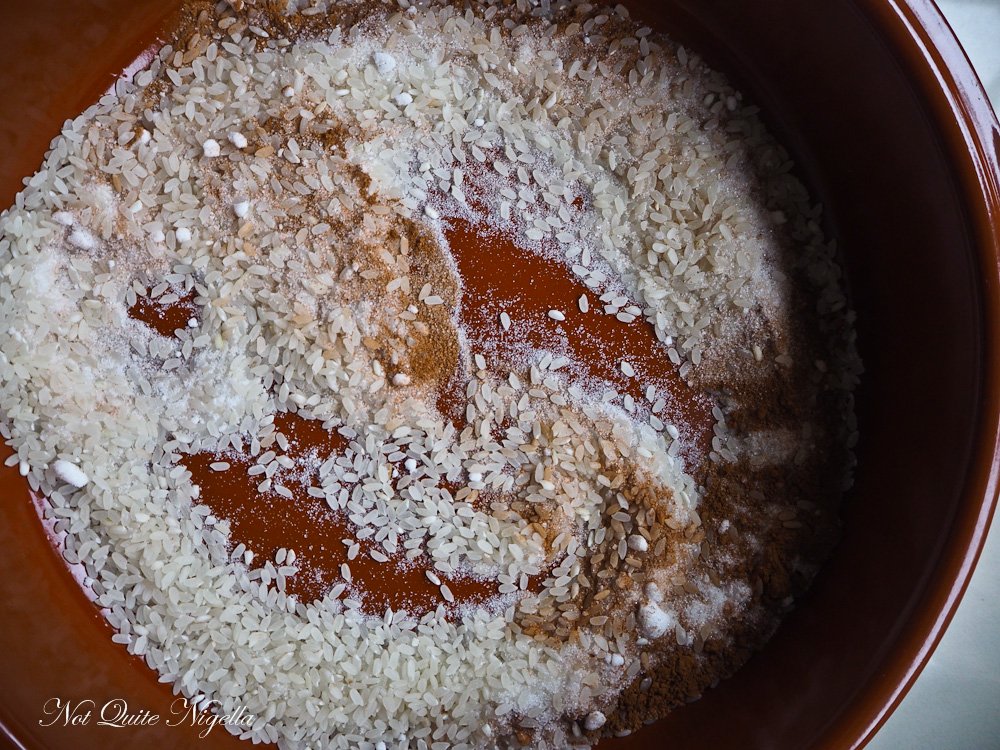 Step 1 - Preheat oven to 150C/300F. Mix the rice, sugar, cinnamon, vanilla and salt in a ceramic pot. Whisk the milk and cream together and pour over the rice. I press down any stray piece of rice that float to the top - I don't know if that makes any sort of difference or not. 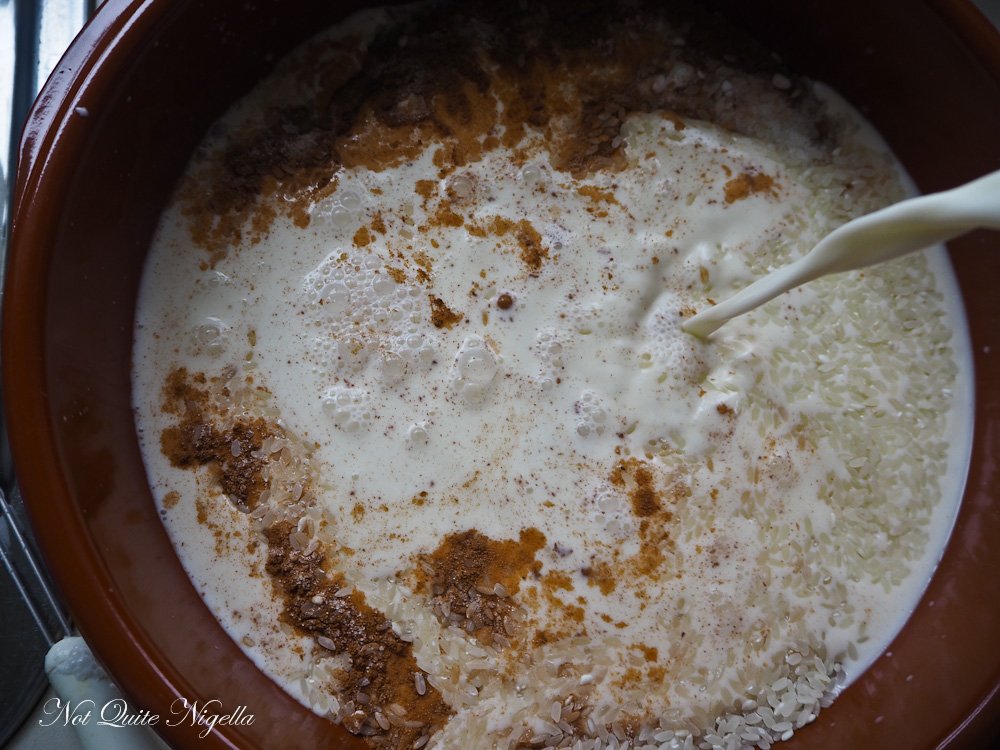 Step 2 - Bake uncovered in the oven for 5 hours until the rice is cooked and the top is brown. If it starts to brown too early, cover with foil. I like to add half a cup more milk or cream about 20 minutes just before this comes out of the oven. This smells wonderful while it is baking so be prepared for some unruliness or curious visits to the kitchen from others.