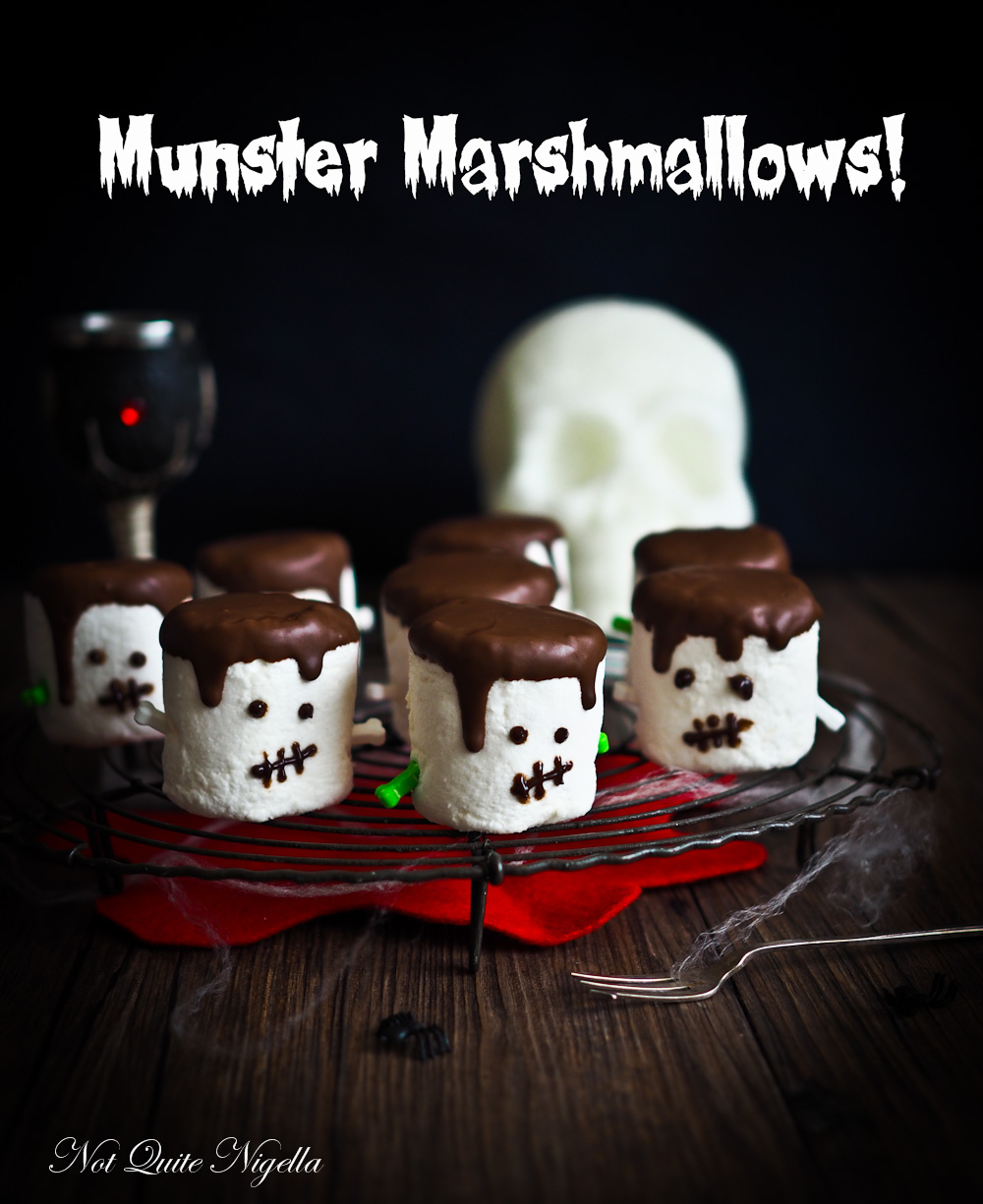 This Halloween marshmallow project is a fun activity with the kids or for your inner kid. You'll be surprised at how easy and effective this is-plus the results are delicious!

What sort of shopper are you Dear Reader? When I go food shopping I try and behave myself. I always eat beforehand lest I turn into a food guzzling gremlin when I see something I like. I end up tossing things into the trolley with abandon and things that would ordinarily never turn my head become objects of fascinating. "I've always wanted to try this..." I'll say to Mr NQN who will roll his eyes.

One day, in a moment of weakness I bought a giant bag of jet puffed marshmallows and wondered what on earth I was going to do with almost half a kilo's worth of marshmallows. We ate loads of S'mores because that's what they're perfectly sized for (unlike Australian marshmallows which are much smaller). But the bag seemed to go on forever and it was only when they were covered in chocolate that I realised that they looked a bit like Herman Munster (except not green) and a Halloween idea was hatched.

I hesitate to even call this a recipe because all it is is a fun project to do with your kids or for the inner child in you. You dip the marshmallows into melted chocolate and then let a little drip down one side (or you can help it along using a spoon). Draw on face and suddenly it's a monster marshmallow! I had some Halloween bone candy that I used as bolts but these work with or without them.

So tell me Dear Reader, do you buy things on impulse? Do you eat before you go food shopping? And do you ever buy things not knowing what to do with them but thinking that you will sometime in the future?

Step 1 - Line a tray or plate with parchment. Melt the chocolate in a double boiler or in a microwave. Add the coconut oil and stir to combine well. 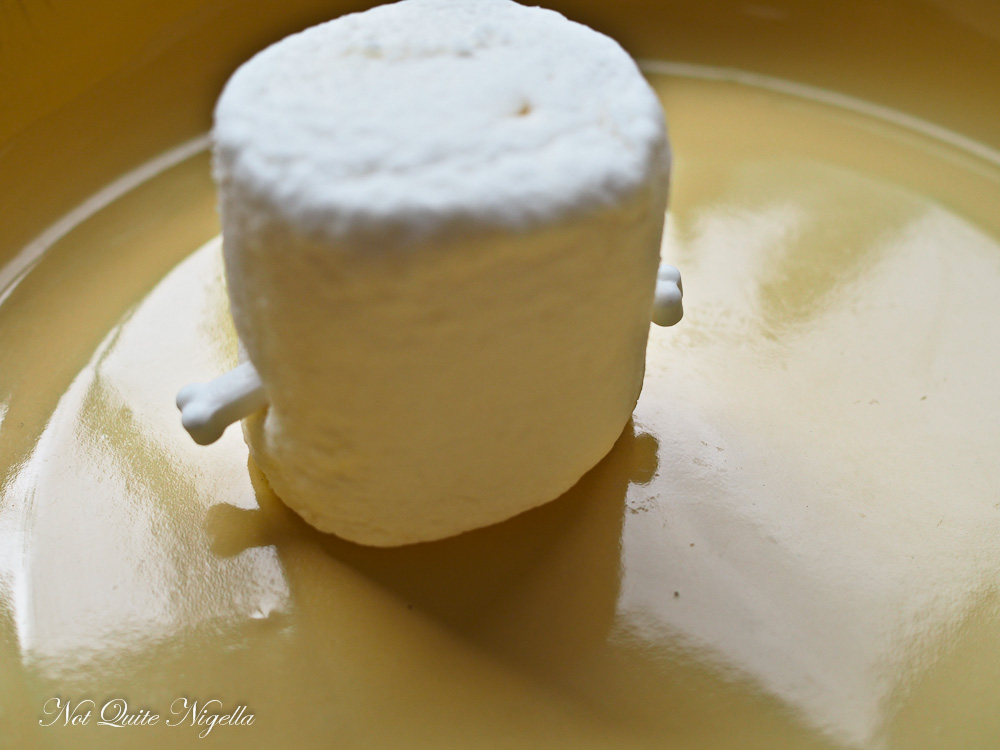 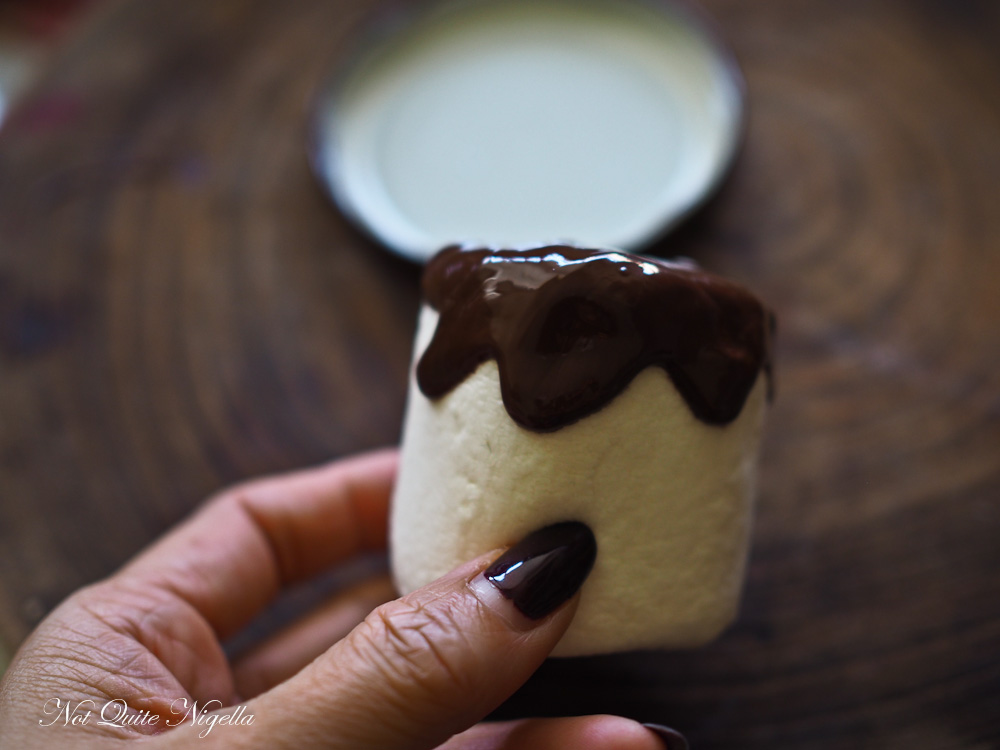 Step 3 - Dip the top part of his head of the marshmallow in the chocolate and then spoon two or three "drips" down one side to make Herman's hair. Repeat until all marshmallows have "hair". 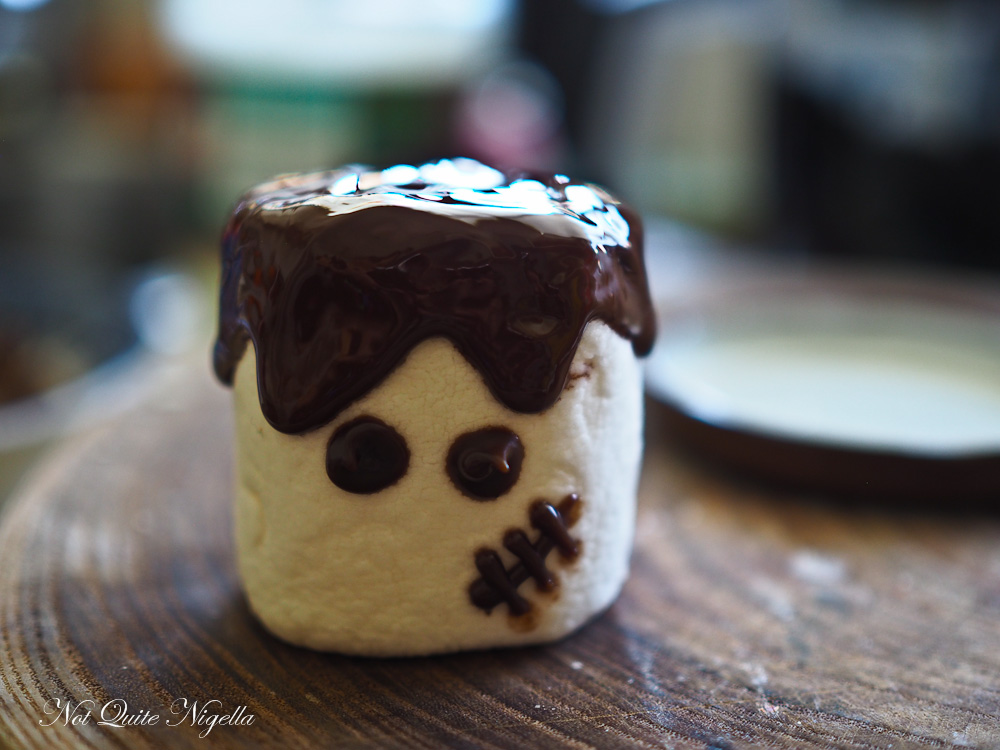 Step 2 - Place the rest of the chocolate in a small piping bag and pipe eyes, mouth and a scar on the face. Allow to set completely.